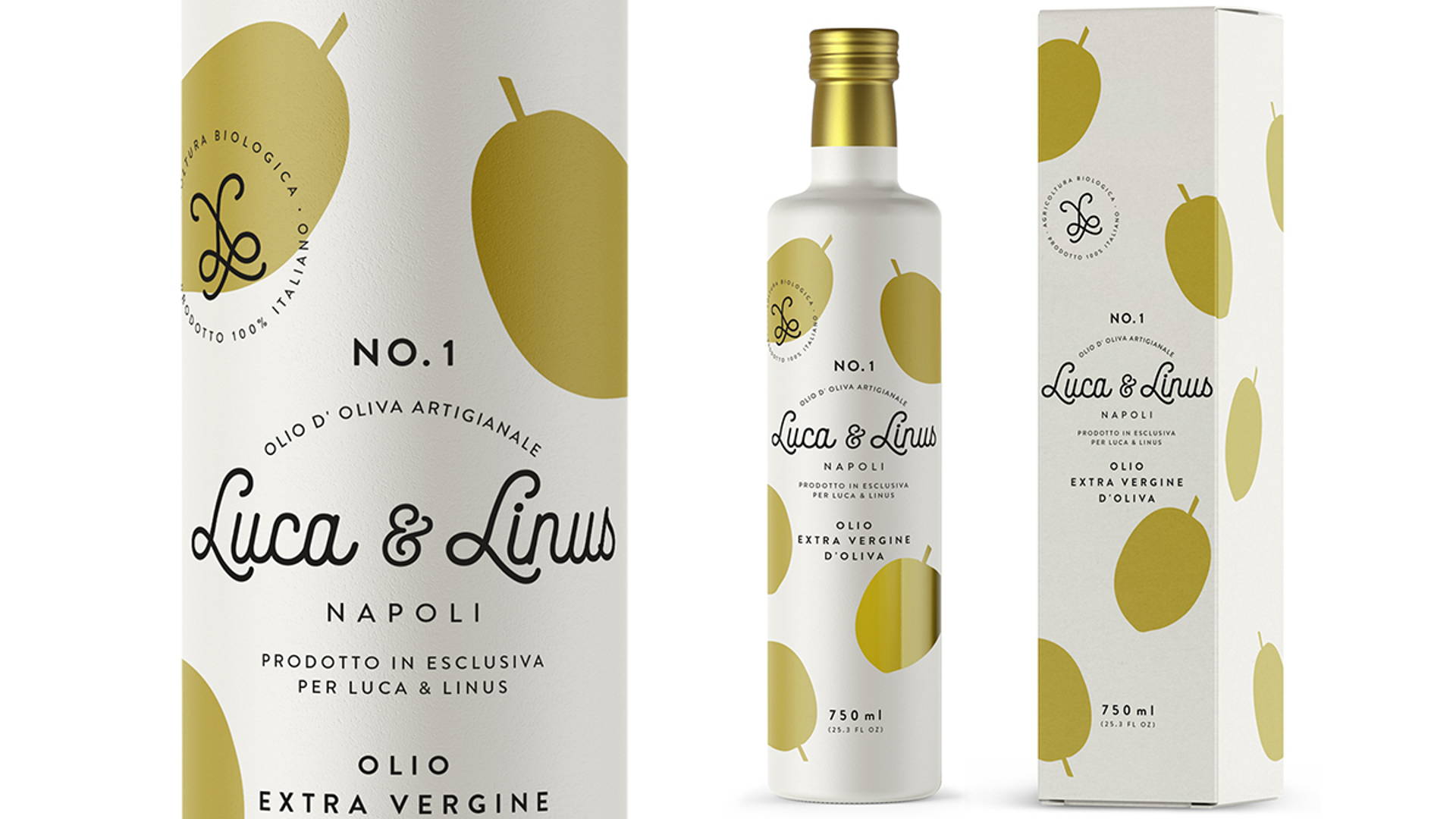 Luca & Linus Could Make the Olive Oil You Pour on Everything

Fact: you should always cook with your dogs because you never know when inspiration will strike.

That may sound an awful lot like a subpar Madlib, but for creative director Tibor Hegedus of TIBOR+, it was a serendipitous moment he had while creating the branding for his design concept Luca & Linus.

“I was cooking spaghetti Bolognese,” Tibor explains. “My two black pug dogs Luca and Linus are an integral part of the cooking team. Of course, they are always there when something’s good to eat. I occasionally toss them a few cooked noodles—some land straight in their mouths, some on the wall and others land charmingly curled around their wet snouts. It’s always a hilarious sight and it creates some very interesting graphic forms. Suddenly the idea was there for an airy-light design that captured this random ‘thrown’ look.”

Tibor’s first creation for Luca & Linus came in the form of pasta and he named the brand after his two loveable pooches.

“I first looked at my pasta packaging in the kitchen,” he says, “especially the design. Where was the overwhelming joie de vivre, the temperament and the passion of Italian cuisine, which literally celebrates cooking and eating? That's exactly what I knew I wanted to express in an elegant way.”

Energized by the positive feedback he was getting for his cardboard tubes of pasta with whimsical illustrations, he decided to grow his concept brand. “An excellent olive oil is essential in any Italian kitchen,” he says, “and so the idea for Luca & Linus olive oil was born.”

Tibor played off the brand language of the pasta and he incorporated that into the look of the olive oil. “The design language would naturally have to match the elegance and playfulness of the brand image. First-class olive oils are produced when the olives are harvested by hand, where the olive branches are gently tapped and the olives gently fall onto the opened nets. I incorporated these falling olives into the packaging design.”

“My greatest pleasure in both designs,” he admits, “is that each element makes sense, from the ‘randomly’ draped pasta varieties to the falling olives. The packaging design corresponds exactly to my aspiration of ‘sense and sensuality’ in design.” With frosted glass bottles, one of the olives on the packaging can even give cooks a birds-eye view of the remaining oil, a fun and incredibly practical detail Tibor worked into the design for both flavors.

Tibor hopes to break into the food sector with his design concept and he may just get his wish very soon. At the end of last year, he was approached by an American investor and they hope to bring the brand to life very soon.

No word yet on what dogs Luca & Linus stand to gain from such an inspired collaboration, but we’ll keep you posted.