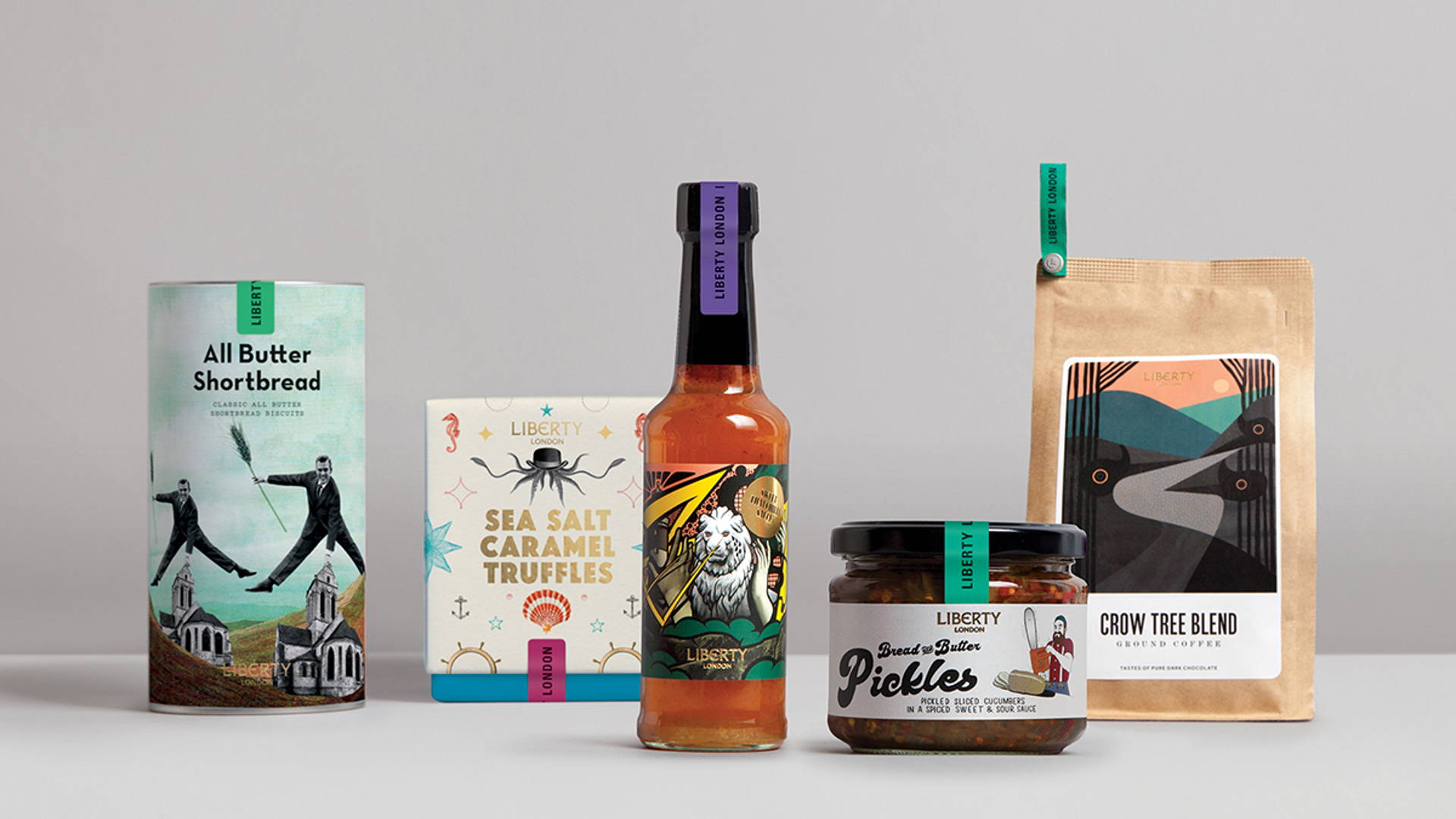 This Lineup of Foods from Liberty London Highlights the Suppliers & Makers 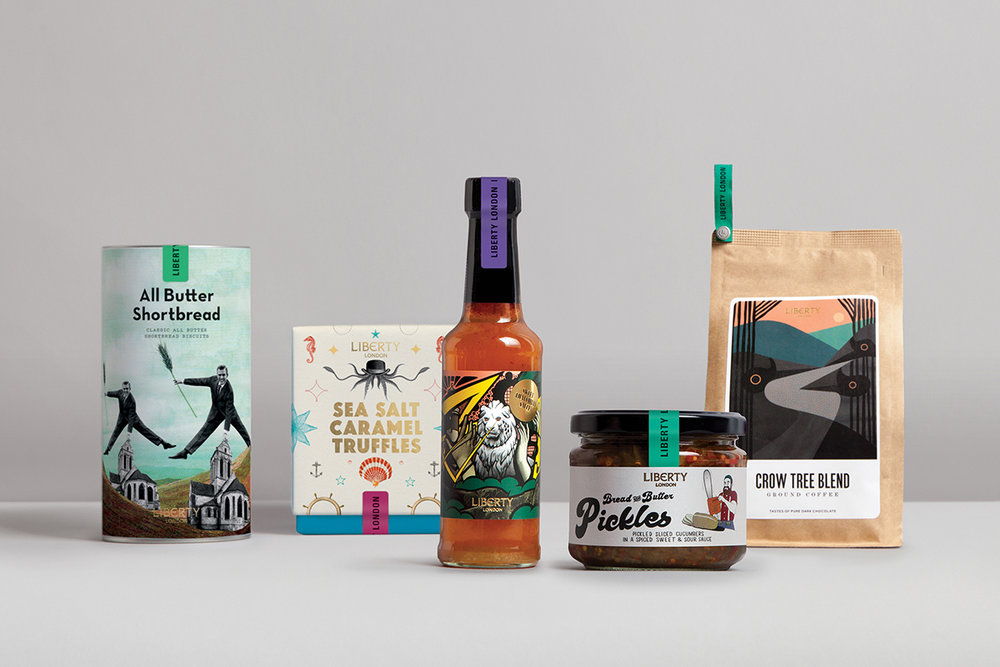 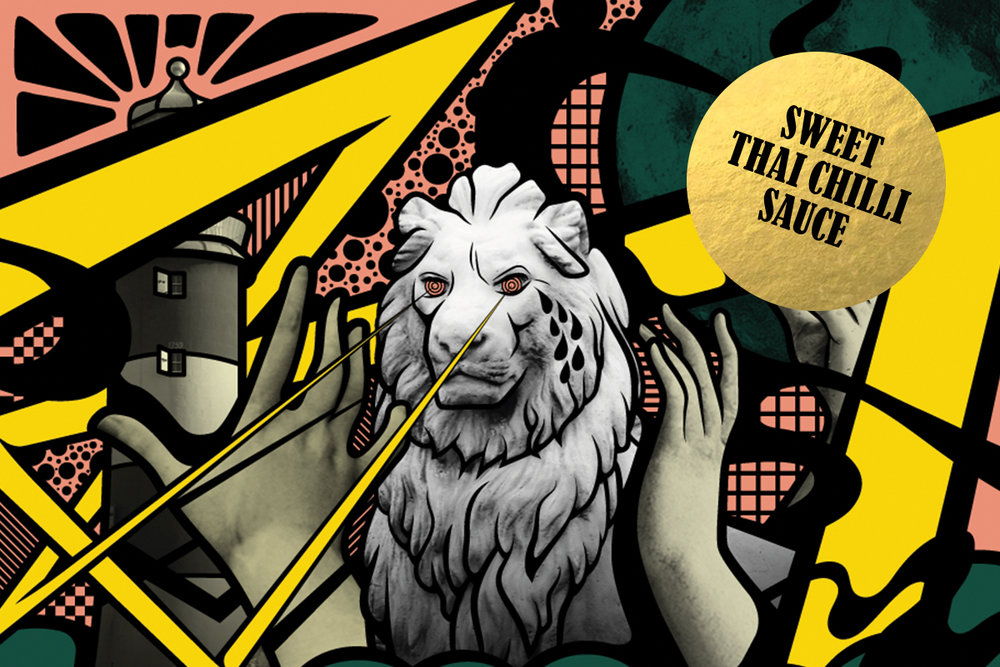 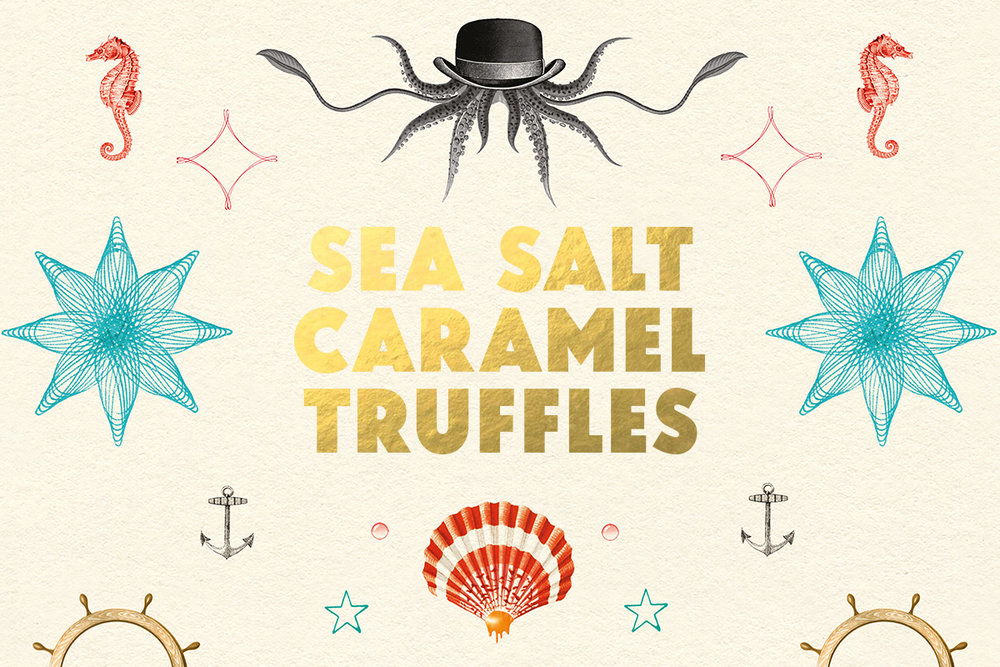 & SMITH wanted to highlight the real heros of the project: the suppliers and the makers of the delicious foods. This gives each product a nice, personal feel. At the same time, & SMITH carefully chose illustrators with styles that would work well for the range as a whole.

“Highlights of these include: Pembrokeshire Beach Food Company’s Laver Seaweed from Wales; Liberty London Blend Tea from the Tregothnan estate in Cornwall; Dark Woods Coffee, roasted in West Yorkshire; Liberty London Chocolate by Pump Street Chocolate, made in Suffolk; Manfood Beer Jelly made in Cambridgeshire and Old Tom Gin from Jensen’s, distilled in Bermondsey, London. Some of these were made bespoke for Liberty London.” 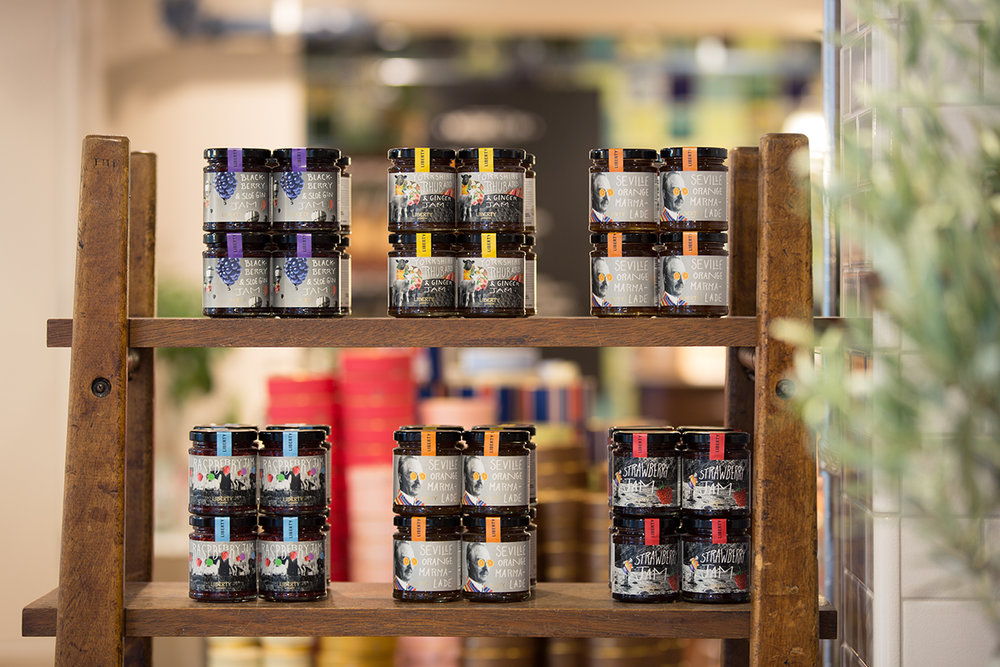 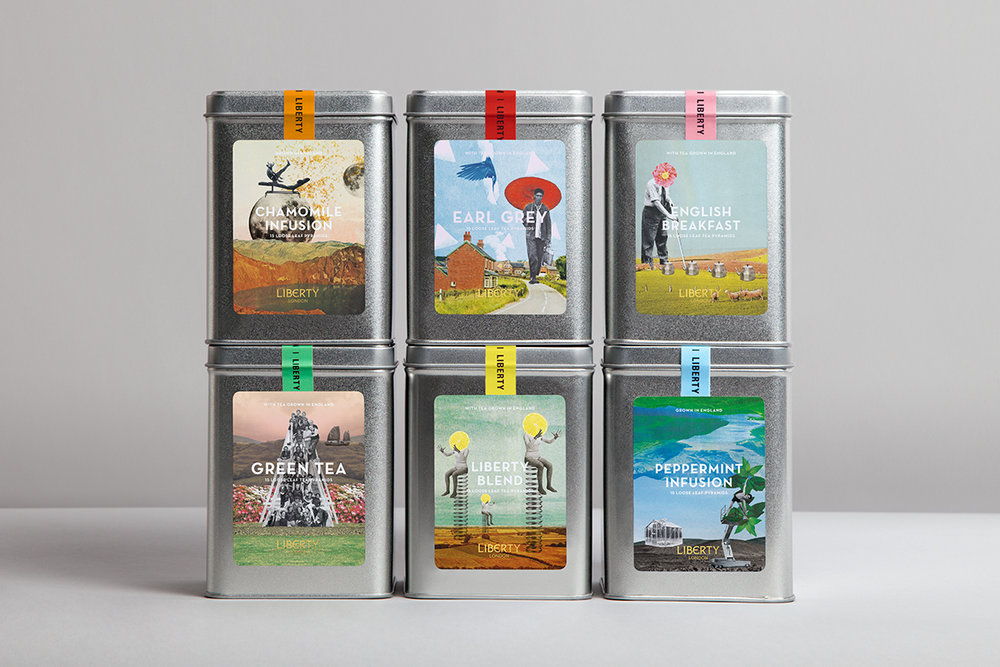 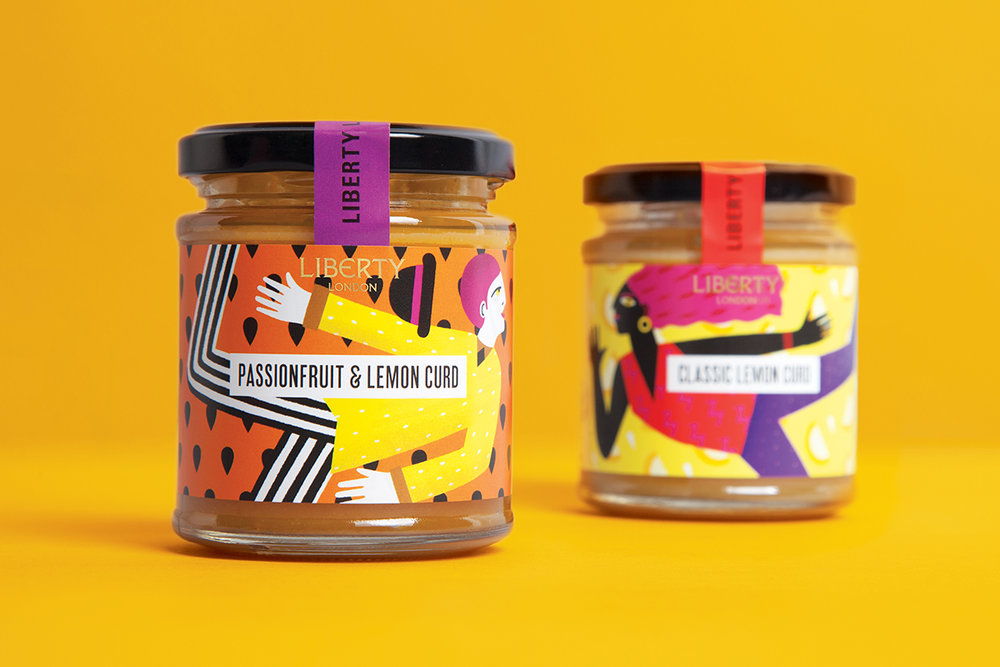 Dan Bernstein, creative partner, & SMITH says: “The idea was to really promote the suppliers. Each illustrator was allocated their own supplier and we told them to look at the stories behind the brands, their individual products or flavours and any interesting techniques that might make that particular item stand out. We were keen to make sure that each illustration had a bit of ‘weird and wonderful’ running through it to give it that Liberty feel."

Dave Anderson of Blood Sausage, who illustrated the Manfood range, says: “The lovely folks at & SMITH scooped me up when I was still living in Lima, Peru and I was able to work with them on a number of illustrated morsels for various London restaurants, like I’d never left Haggerston. Then along came the Liberty project; the Manfood range has that hand-drawn style that’s instinctively appealing and hopefully, a cheekier feel than the usual designs for the butch end of the cupboard.” 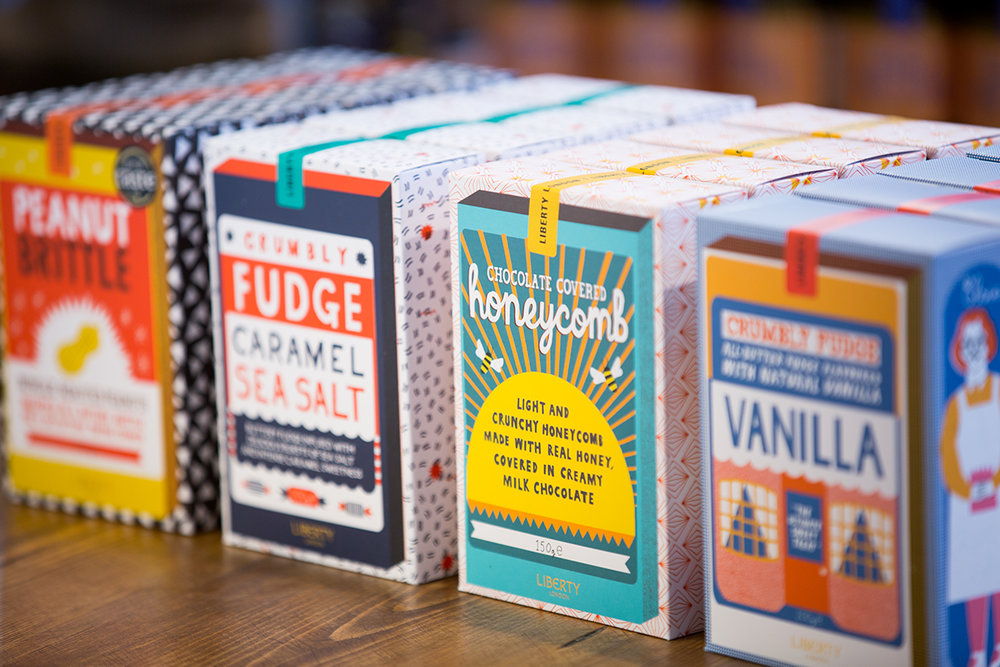 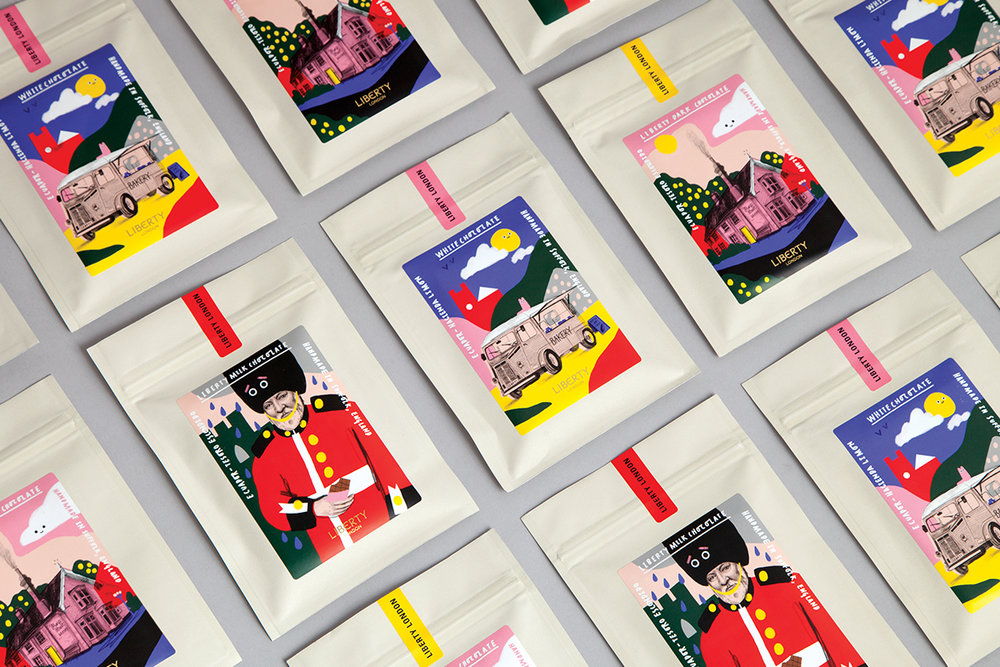 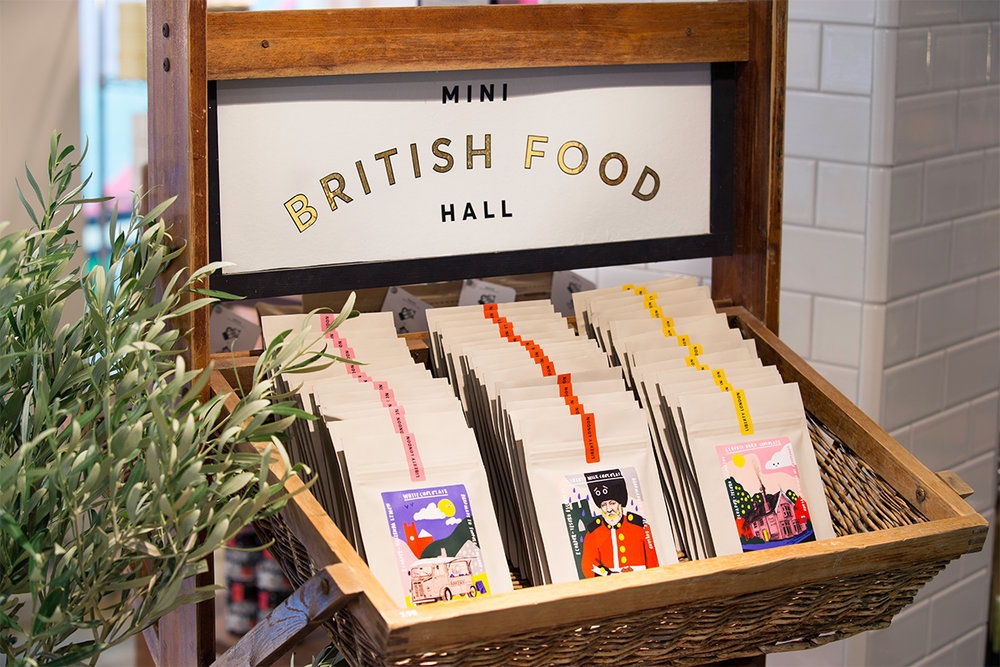 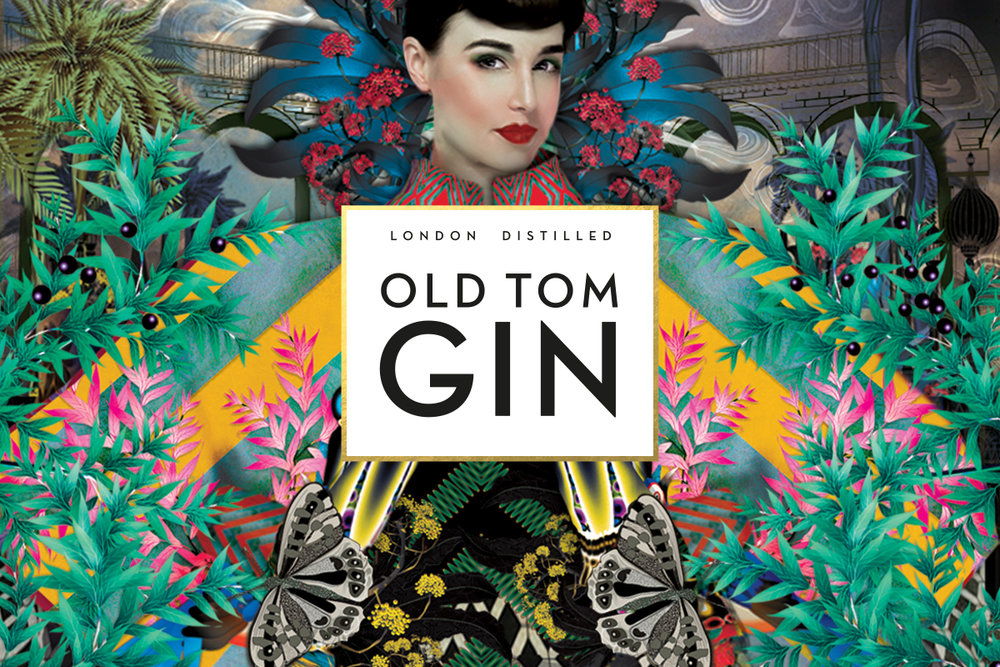 Sarah Coonan, head of buying, Liberty London adds: “Liberty London set out to curate an exciting collection of British food and package it in an unexpected, artistic way. We didn’t want to launch a predictable own label brand but rather create something with real heart and soul that only we could do. & SMITH understood Liberty and what we are all about from the first second we met them. Their energy and enthusiasm for the project was infectious and we loved how original their approach was. Their concept, to work with a different illustrator for each producer, was genius and we loved the idea that we were also supporting emerging talent. The whole approach really resonates with all our values as a brand and is a really modern take on how Arthur Liberty did business.”

“From 6th to 29th September, there’s an exhibition of original artworks and prints by all the illustrators who worked on the Food Hall packaging in the Disappearing Store on 4 and all work is for sale.” 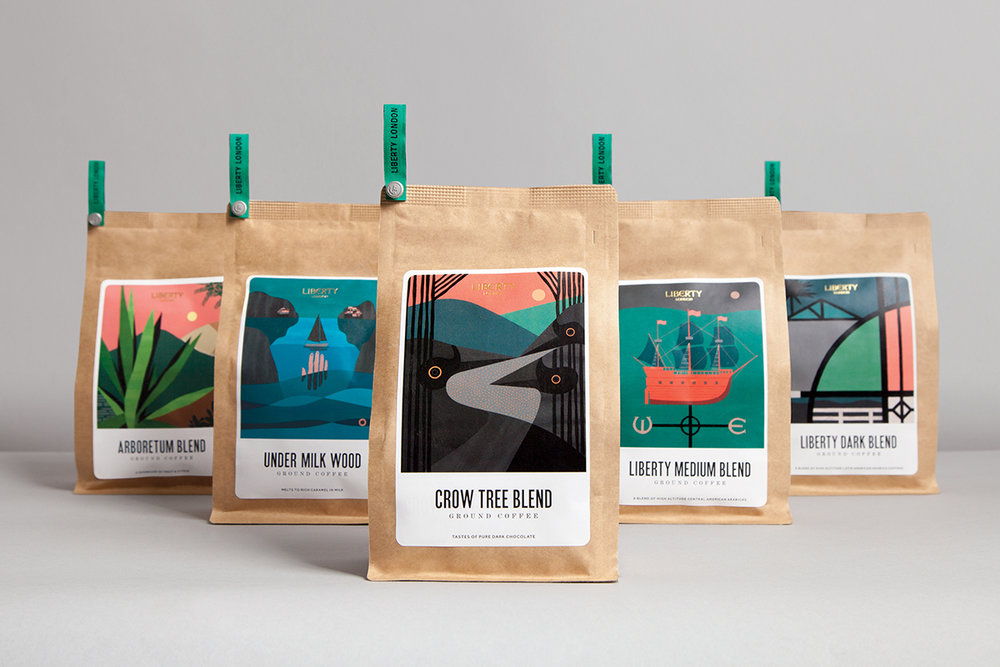 This Stationery Set Packaging Concept Has an Intriguing Look