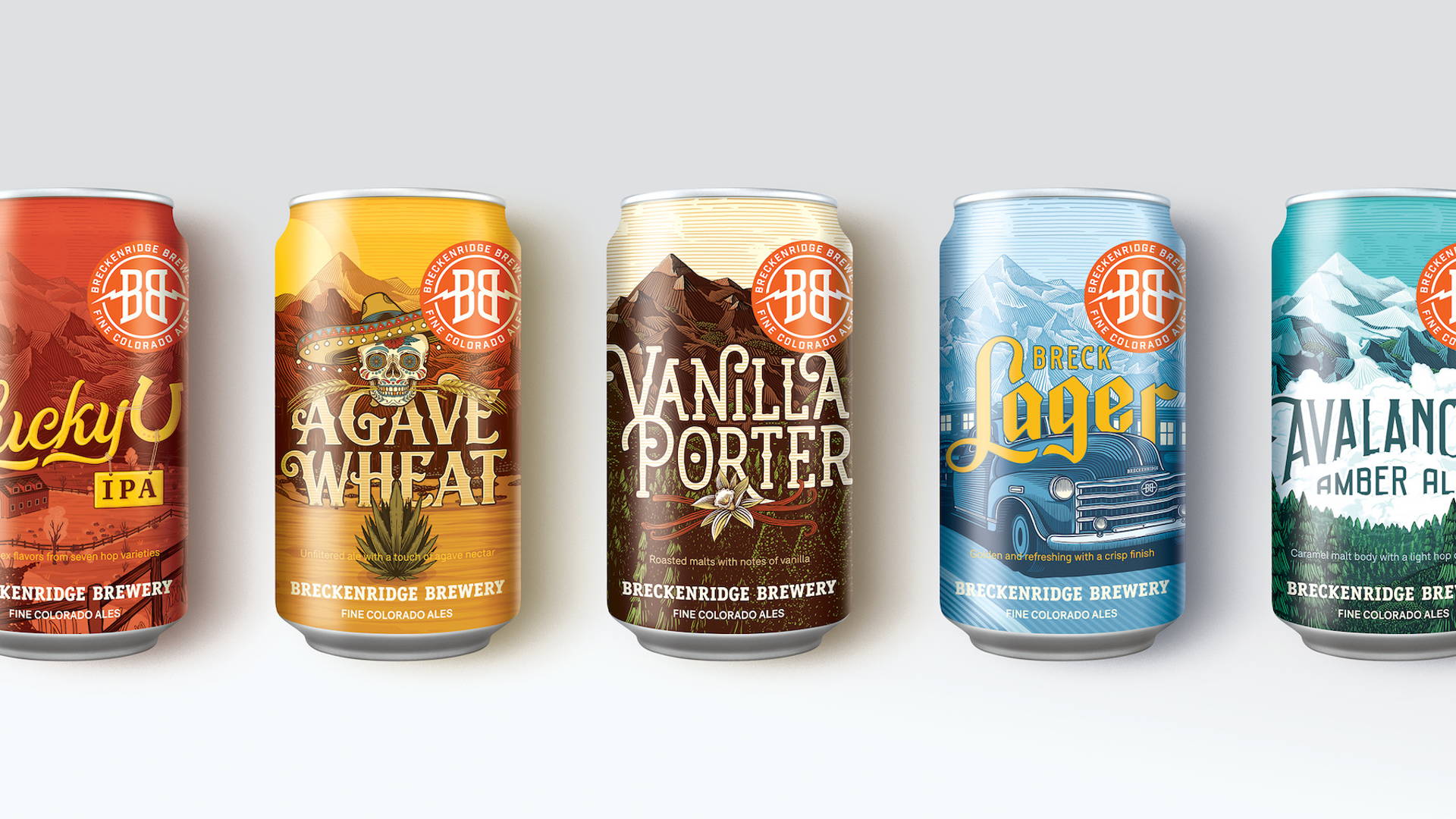 Breckenridge Brewery Really Does Tap Into The Rockies

Today, Colorado’s Breckenridge Brewery unveiled the updated packaging for their entire stable of beers. Working with the creative team at VSA Partners, Breckenridge’s reworked brand taps into the Rockies by reflecting their hometown pride as well as their commitment to craftsmanship.

For almost three decades, Breckenridge has been front and center to the ever-expanding and highly influential beer scene in Colorado. In fact, they’re the third oldest craft brewer in a state with other big players like Oskar Blues and New Belgium. After the brewery was acquired by AB InBev in 2016, they started to look for a design firm that could help them modernize their packaging.

“When people think of Colorado,” VSA Creative Director Josh Witherspoon says, “they think of it as a mecca for craft beer.” While Breckenridge had long been a well-recognized brewery, with the AB InBev acquisition, their beer was going to receive far greater distribution, so the new design needed to be eye-catching.

It’s a tall order for any designer. Stroll down the beer aisle of your local Whole Foods or BevMo! and you’ll find a plethora of craft beer options fighting for shelf space while screaming for your attention, proof that the beer world is as oversaturated as it gets.

“How do we still have that pop on the shelf,” Josh asks, “if they don’t know anything about that brewery? Or if they do, how do you not alienate them with new packaging?”

Almost a year ago, Josh and his team went out to Littleton, Colorado to pitch for the project. Located on 12 acres along the South Platte River on what used to be a carnation farm, the brewery and its farmhouse restaurant are on a breathtaking stretch of land that features a breathtaking view of the Rockies. Josh was struck by just how hospitable the entire Breckenridge crew was. “They’re a great group of people,” he says. “We drank a ton of beer with them and we hung out at their place. Probably a little too long.”

While the brewery initially considered blowing up their packaging and starting from scratch entirely, they knew that they had a long history with a great deal of fandom. It was important for them to refresh the packaging while also bringing a lot of the brewer’s values and their pristine surroundings, that hometown feeling coupled with a true sense of warmth and congeniality.

“Staying true to the core and essence of the brand was the main thing,” Josh says, as the beer had been a part of people’s lives for years—Josh’s included.

“It was a super exciting project,” Josh admits, “because I went to school out in Colorado and I grew up drinking their beer.”

They chose to keep the original die cut for the six-pack as it was entirely unique and you could see the entire range of the Rocky Mountains, but they chose to bring this theme to both the cans and the bottles to help unify the imagery used in the brand. They also managed to refine the BB logo and seal, moving it up on the six-pack as well, almost as if it were a lighthouse beacon summoning lost craft beer consumers in a sea of myriad options.

Aside from this unifying theme, they also wanted each beer to still feel like it had its own individual personality. Artful illustrations by German illustrator Florian Schommer were used for all of their mainline beers like the sugar skull on the Agave Wheat or the crescent moon featured on the Oatmeal Stout.

It’s a happy marriage. The craftsmanship and innovation that goes into each one of Breckenridge’s beers are reflected in VSA’s revamped packaging, from the mainline brews right on down to their seasonal offerings. And now that you can find Breckenridge a little more readily, you’ll be able to feast your eyes on the new packaging as well.

And, you know, the beer isn’t all that bad either.

"Rethink The Center" With This Technology Conference Branding and Identity Design