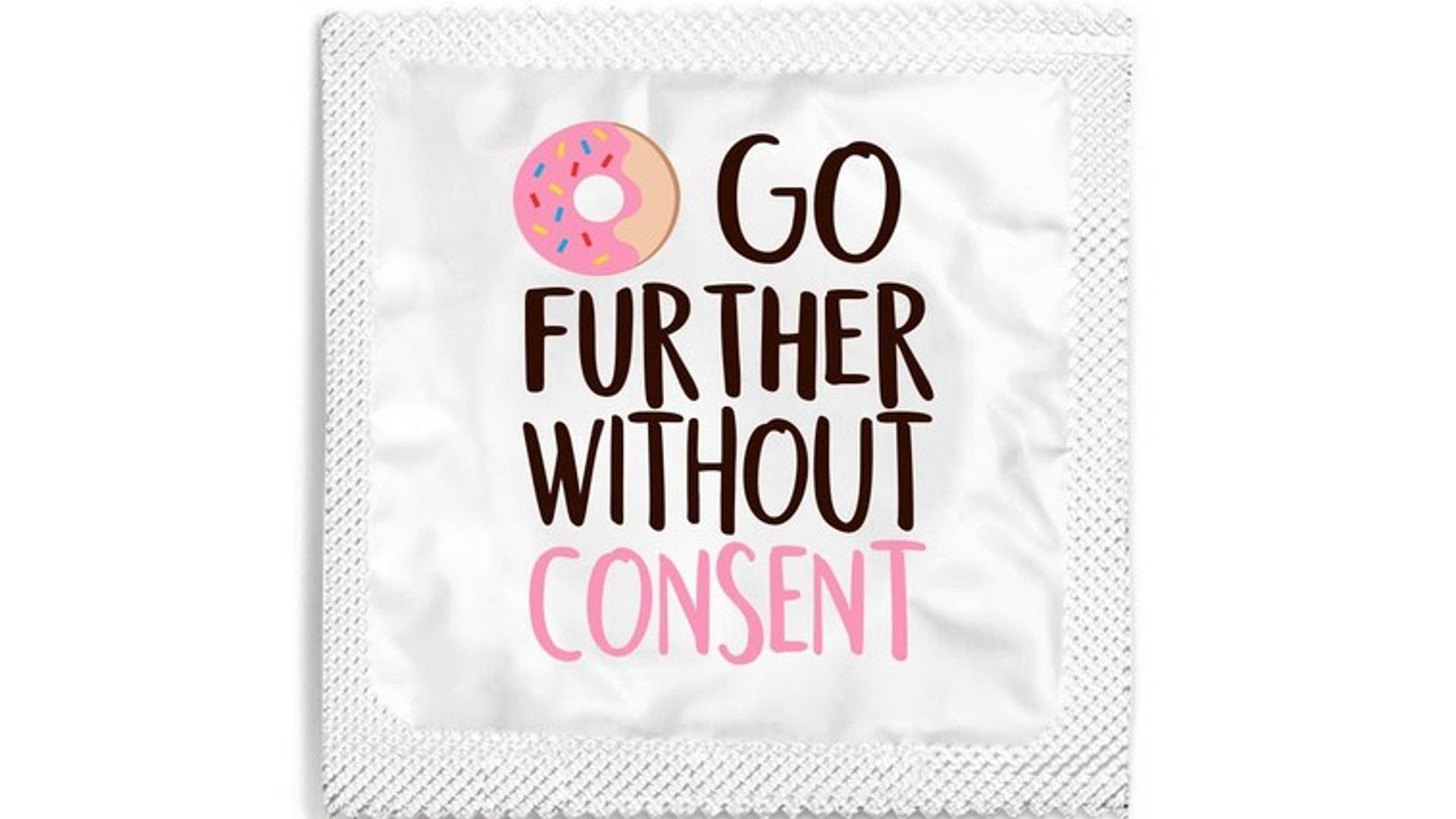 You’re working for a company that wants to take a meaningful and progressive stance on campus rape culture. You create a line of well-intentioned condoms that you give out for free at college universities with the goal of starting a dialogue about how to ask for consent before having sex.

What could possibly go wrong?

Well, if you’re Say It With A Condom, quite a lot actually.

Once images of the condom made the rounds on Twitter and Reddit after having been given out on campuses, social media users questioned how the condom could be read as anything other than a blank check condoning sexual assault.

Say It With A Condom was started during the 2008 presidential campaign when Benjamin Sherman released a line of satirical condoms aimed at the campaigns of Barack Obama and John McCain. Officially launched in 2012, the company now has a mission “to create impactful condom marketing campaigns that inform, educate and engage.”

The Donut condom was a part of their line of Consent Condoms, just one facet of their outreach crusades meant to raise awareness for HIV, Pro-Choice campaigns, and LGBTQ issues. Consent Condoms featured messages like “consent is hot, assault is not” and “unconscious sex is not consensual sex,” all of which are perfectly clear and to the point and not at all rapey in the least bit.

Say It With A Condom has since taken down the offensive condom and apologized for their mistake. In an interview with Cosmopolitan, Sherman added that moving forward, the company would take their designs to their followers on social media for a more thorough once-over before releasing their condoms to the wild.

A South African Traditional Favorite Gets a Modern New Look