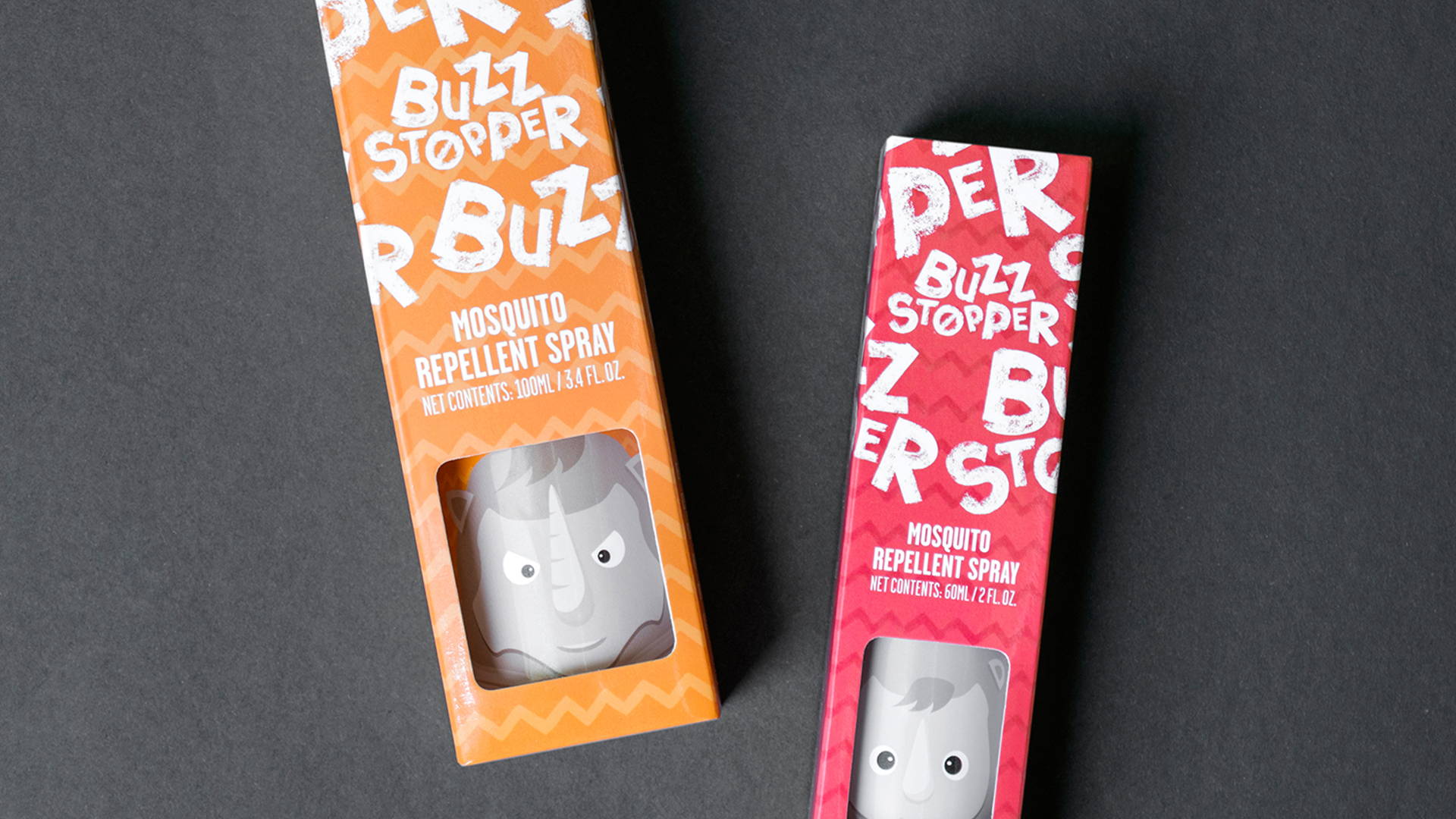 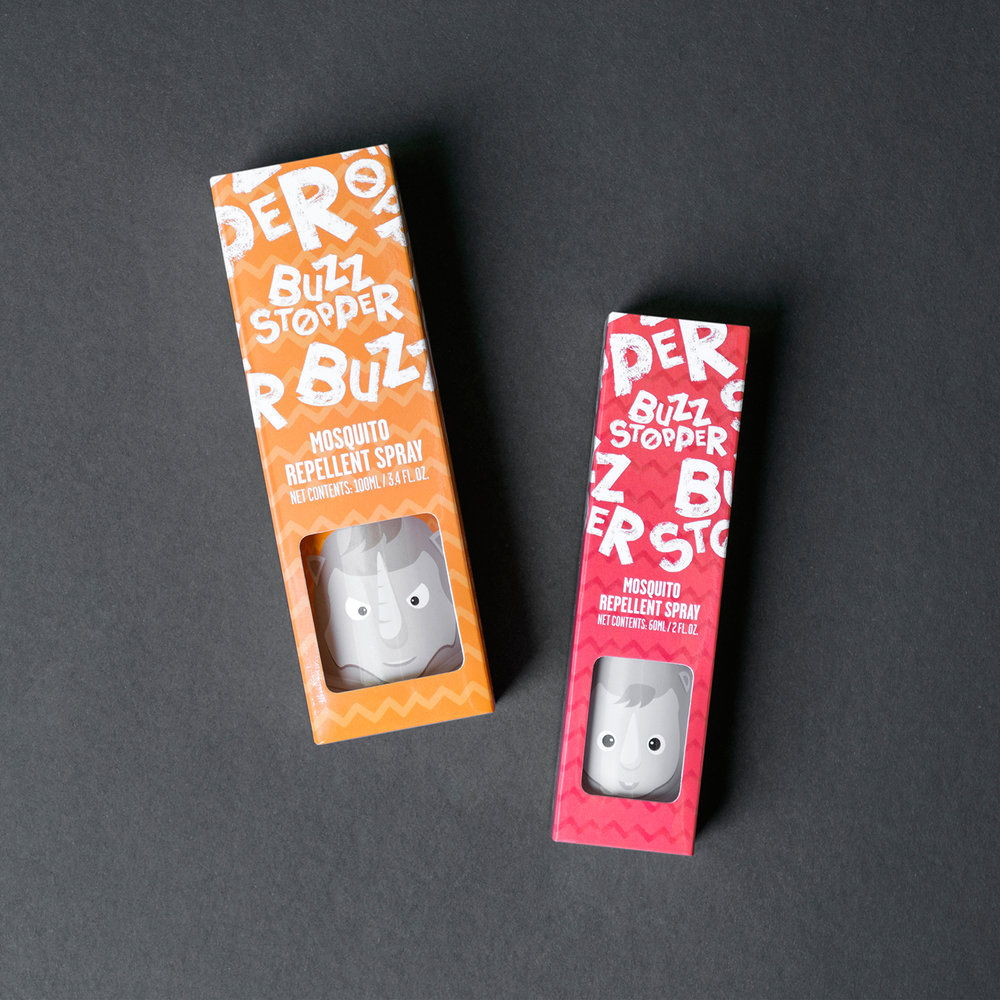 Putting on a layer of BuzzStopper is like having skin as thick as a rhino, protecting you from mosquito and other insect bites. Designed by Jay Liu, the packaging is eye-catching enough for children but still something adults would feel comfortable purchasing for themselves, too. Liu explained a bit more about how the idea for the project began, choosing the various fonts, creating different sizes of the finished product, and more.

Walk us through the design process that you went through for this project. What was one of the biggest goals you set out to achieve with BuzzStopper packaging and how did you accomplish it?

Jay Liu: BuzzStopper was conceptualised in the midst of Singapore's Zika outbreak last summer, and the original brief required a simple packaging that would appeal to both kids and young adults and parents.

As there was a request to produce 2 bottle sizes, the toughest part of the project was to find a visual linkage between their designs. Having both of them with a same adapted look might result in them appearing graphically bland.

After researching through the local and regional market, it was decided that an illustration-led approach could be a possible angle to let the bottle designs connect, complemented with clear infographics to explain its features. 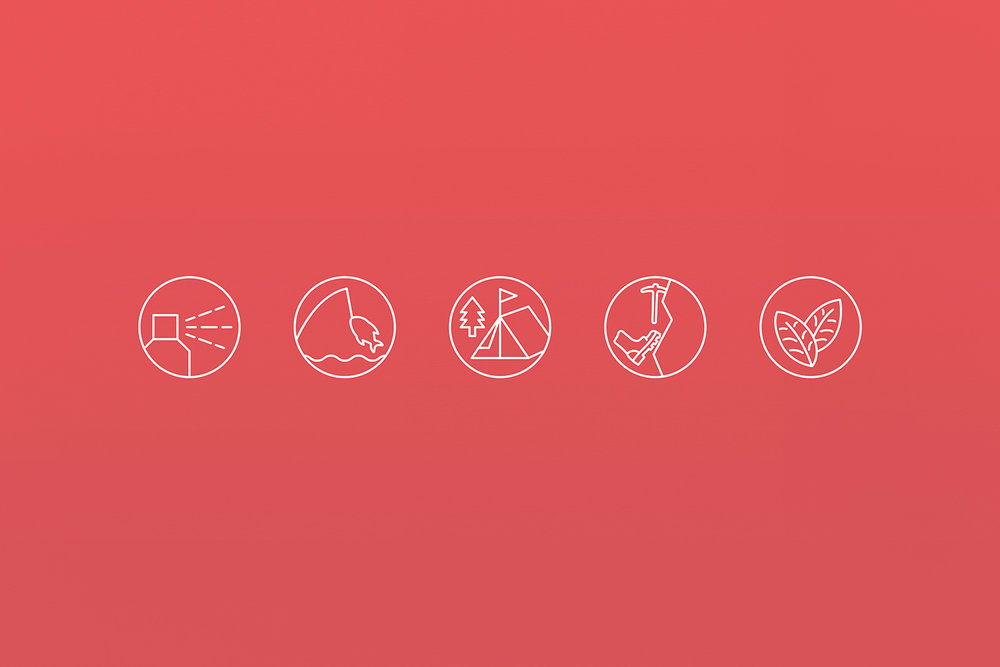 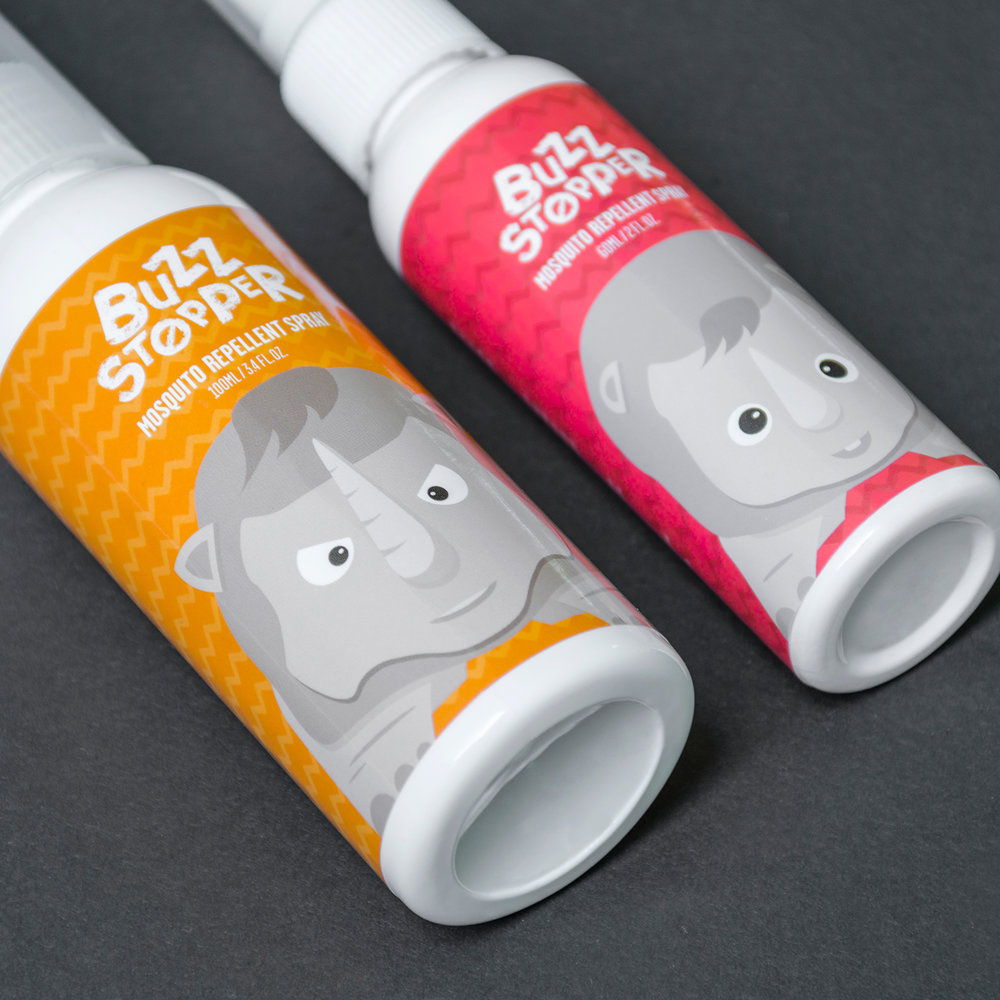 All of the elements of the design work incredibly well together. How did you keep the bright colors, various text, and background pattern from becoming too overwhelming for the consumer?

Jay Liu: Keeping the packagings to a mono-colour palette helped to establish a consistency on the visual language effectively. Selection of the red and orange tones were also considered so it doesn't overpower the neutral gray skin of Rhinoceros mascots.

The description panel was kept to a white backing as it is still a pharmaceutical product, so important information such as usage instructions and content ingredients had to be legible in a practical manner. 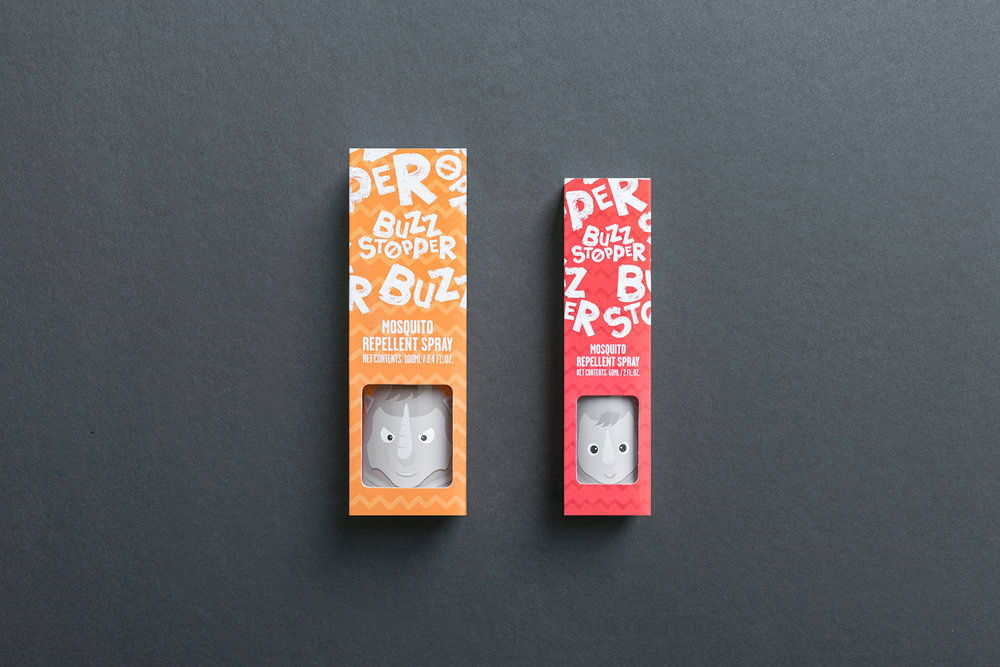 Why did you choose the font styles that you decided to use?

Jay Liu: The typeface from the logo radiates a casual and graffiti-like impression, and condensed fonts were used in turn to balance the typography and prevent the packaging from looking too amateurish.

Jay Liu: Definitely the illustration of the mascots! As I did not have much experience in illustration prior to BuzzStopper, I had to rely on all the basic techniques I knew to put the final looks of Rhinee and Rhinon together. Thankfully, it all worked out. 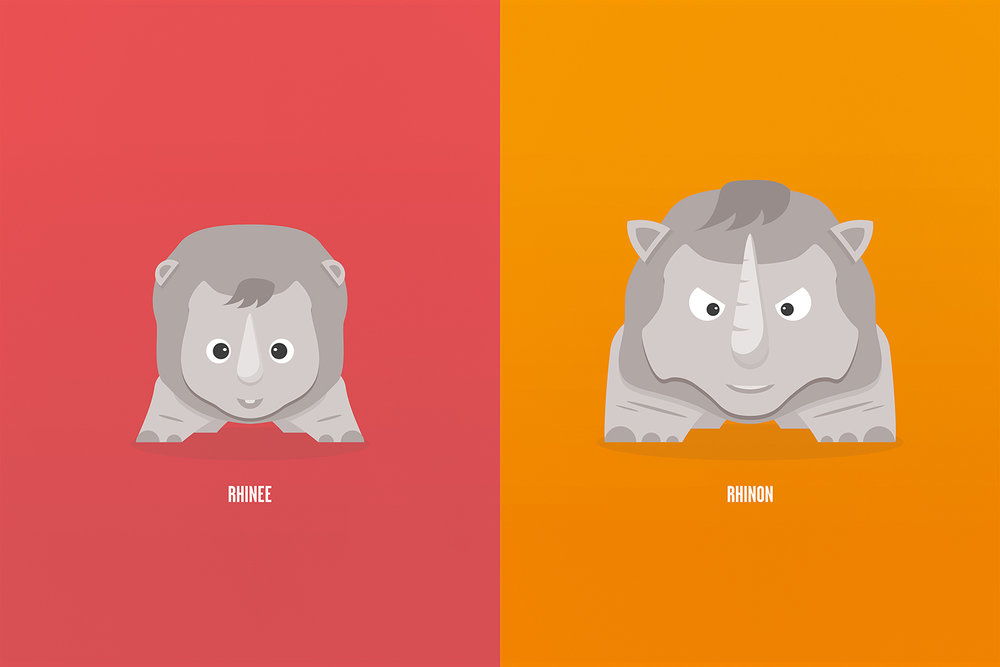 Jay Liu: It will be the packaging structure's design integration. Having a die-cut window on the pack instantly allows the mascot to be revealed at first sight, effectively solving the problem of information overload on the pack's limited space, and also adding depth to the product at the same time.

Jay Liu: Having a strategy to the design hugely value-adds to the product in addition to its aesthetic assets. We did not set out to establish great sales volume or high-end production effects from the very beginning, but more so the intent of bringing something different to the market for everyone in Singapore. For BuzzStopper, the product is not designed to compete against the existing insect repellent choices, but more of creating a new market segment that it could reach out to, and we’re thankful of the positive responses from the market. 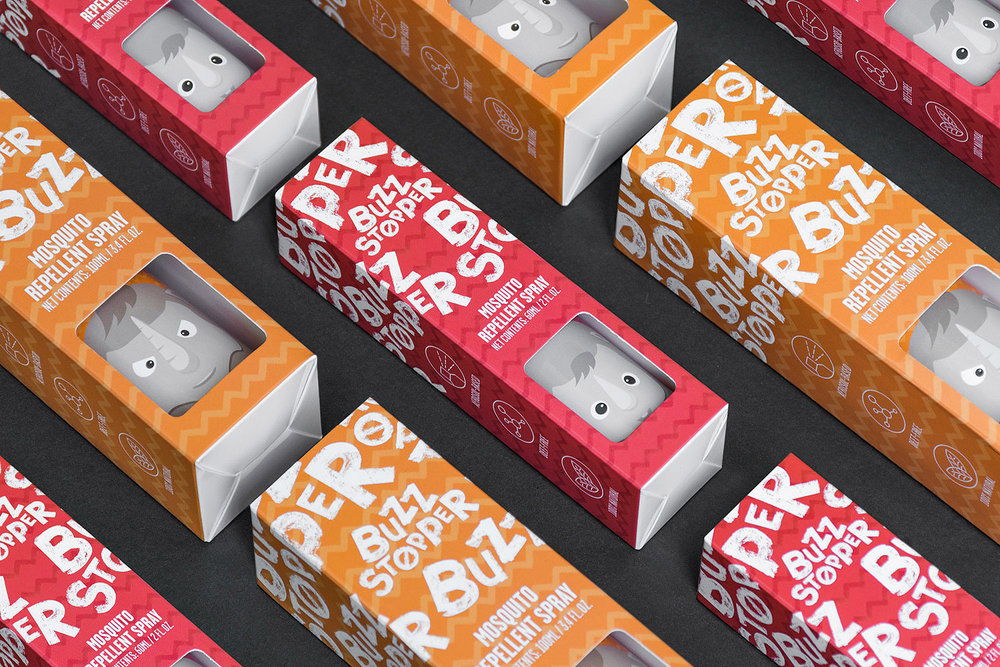 The Adorable Nut Concept that Takes Inspiration from a Childhood Cartoon

Check Out This Hemp Tea Packaging That is Unmistakably Sustainable