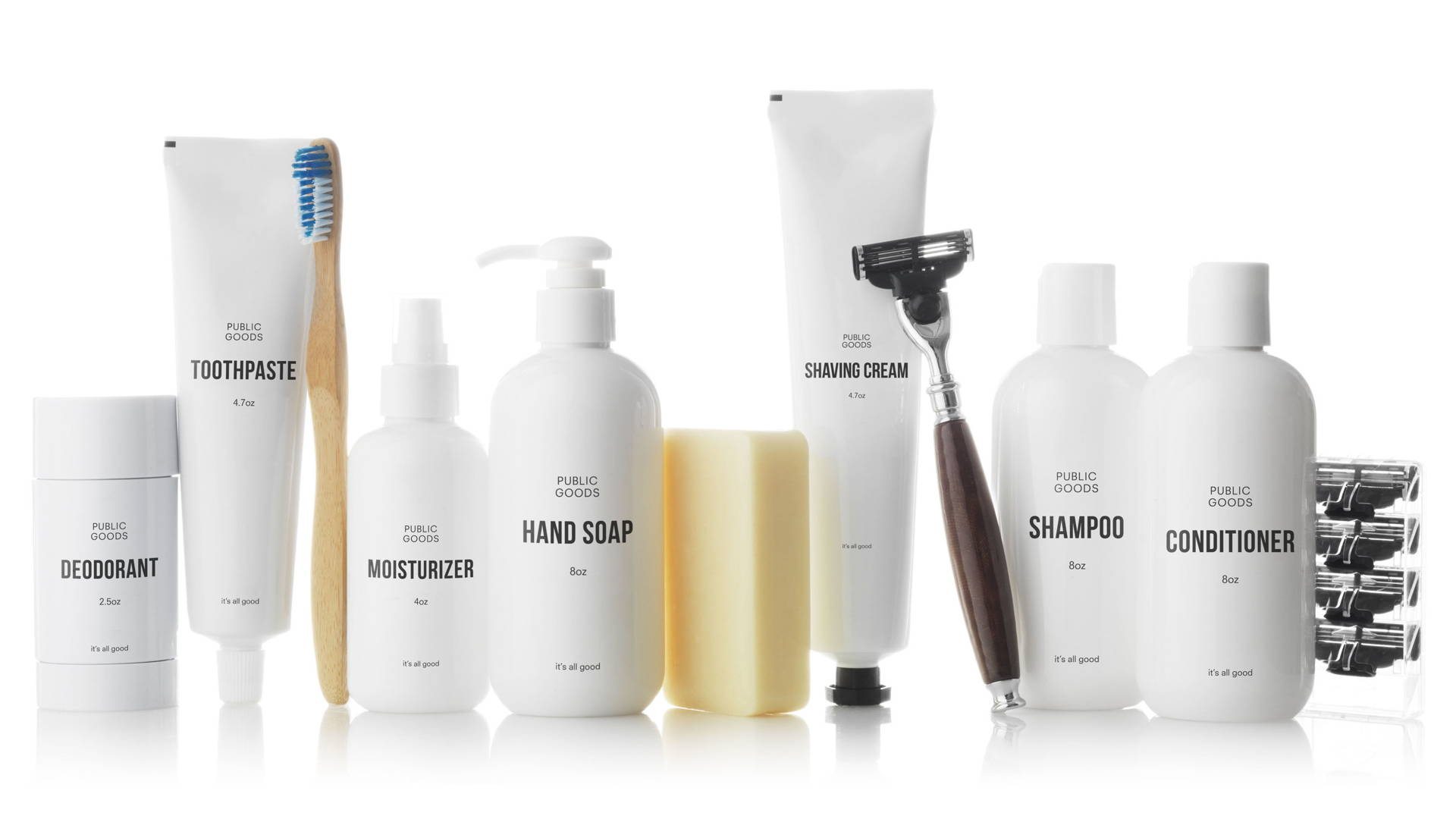 Public Goods is Doing the Public a Great Deal of Good

Public Goods started with a simple mission - make wholesome and responsibly made household products that are affordable. A routine trip to the grocery store left founders Morgan Hirsh and Michael Ferchak feeling dirty as they were buying products loaded with toxins and harmful chemicals, despite the fact that they were purchasing everyday cleaning items.

If you think that sounds like something you’d have to drop an entire paycheck on, you’d be wrong. By cutting out the middleman and only charging a membership fee, Public Goods are able to sell all of their unisex products at cost. Similar to Brandless, another direct-to-consumer business, this disruptive pricing model can potentially save shoppers a few thousand dollars every year. Currently, Public Goods offer a whole line of naturally made and sustainably sourced goods for the home and bathroom like shampoo, conditioner, deodorant, toothpaste, and sunscreen.

Sustainability is central to their core values. Hirsh and Ferchak teamed up with Kim Greenfeld of Campo Verde Solutions, a consulting firm with an extensive background in the organic food industry. As their lead product advisor, Greenfeld drew upon her time at Whole Foods where she ushered in hundreds of organic products by helping Hirsh and Ferchak source many of the ingredients that are integral to their goods. They even kept the Whole Foods Clean Label List handy while they were touring labs and trying out samples for what would eventually become their product line.

To that effect, all of their products are not only paraben and sulfate free, but they’ve also eschewed testing on animals. To lessen their carbon footprint, almost all of the products are made in the US with the exception being their toothbrushes and toilet paper made overseas from Chinese bamboo, and even then they have ensured that their suppliers pay their workers a livable wage. Using biodegradable plastics, the design of the packaging is utilitarian and it harkens back to the no frills packaging of yesteryear, yet manages to feel modern in its simplicity.

Companies like Public Goods are betting that consumers will forego the usual branding and associated advertising of a product by simply stating what’s in the bottle. It’s a wager that’s likely to pay off as 84% of global consumers want to purchase products that have been made ethically and sustainably. Younger generations are becoming more eco-conscious and they demand that the brands they align themselves with are committed to environmental change. In fact, 73% of millennials are willing to back this up with their wallets as they are willing to pay more for sustainably made goods.

Public Goods plans on expanding their product line and they’ll soon release their own naturally made laundry detergent, biodegradable trash bags, and sustainably made linens. And if that wasn’t enough, you’ll even see groceries in the very near future.

After their first production run sold out, Public Goods launched a successful Kickstarter campaign offering lifetime memberships and have since raised over half a million dollars for their next round of gearing up. Backers for their Kickstarter can begin using their subscription in September, but even if you happened to miss out on donating, membership fees can be obtained on a monthly or yearly basis.

So in the end, you can save a little coin and do the planet some good while you’re at it.

Which doesn’t sound like such a bad bet after all.

This Matcha Beverage Concept Will Have You Cracking a Smile