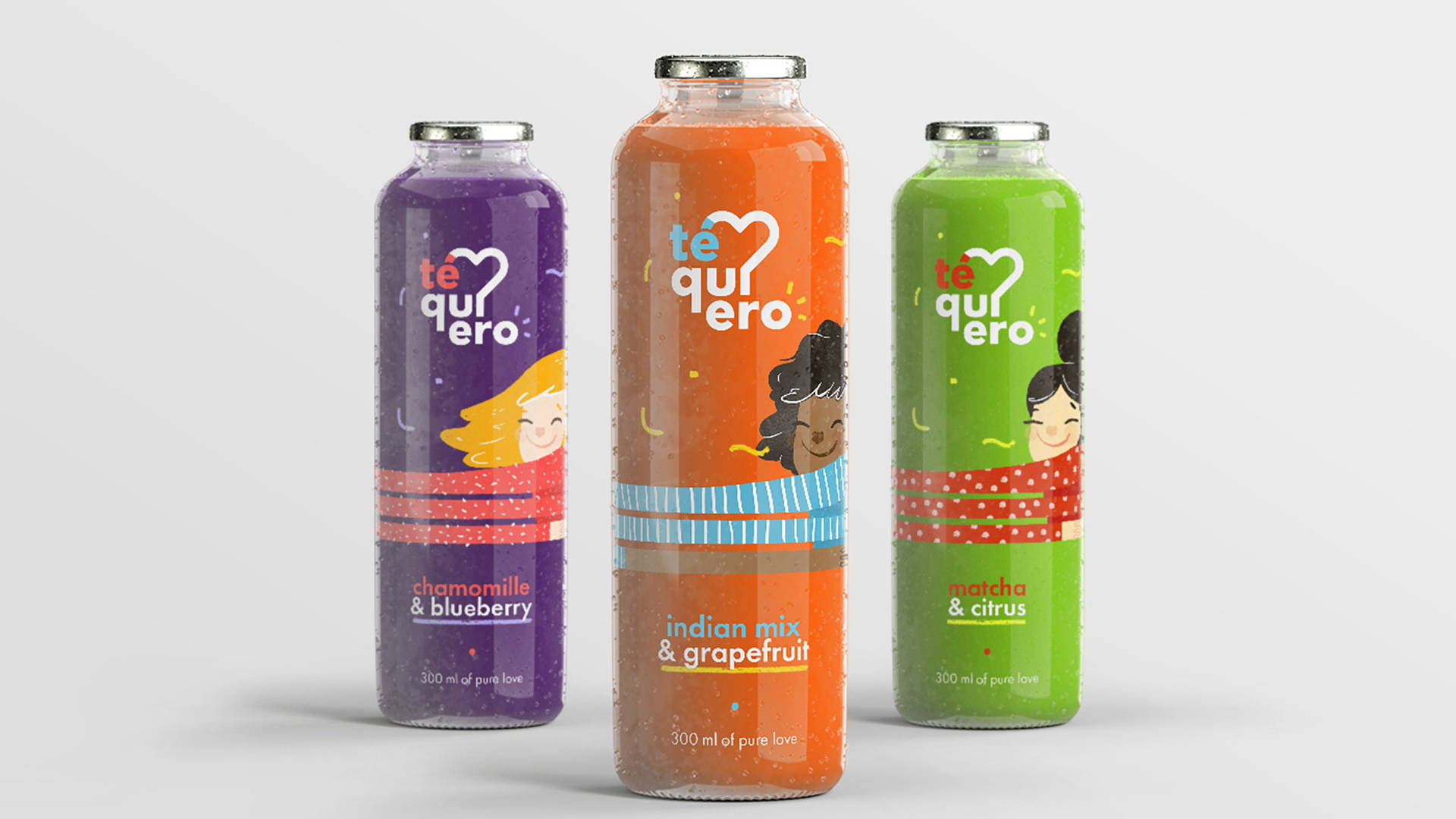 Feel Good Packaging From the Brand With Love in its Name 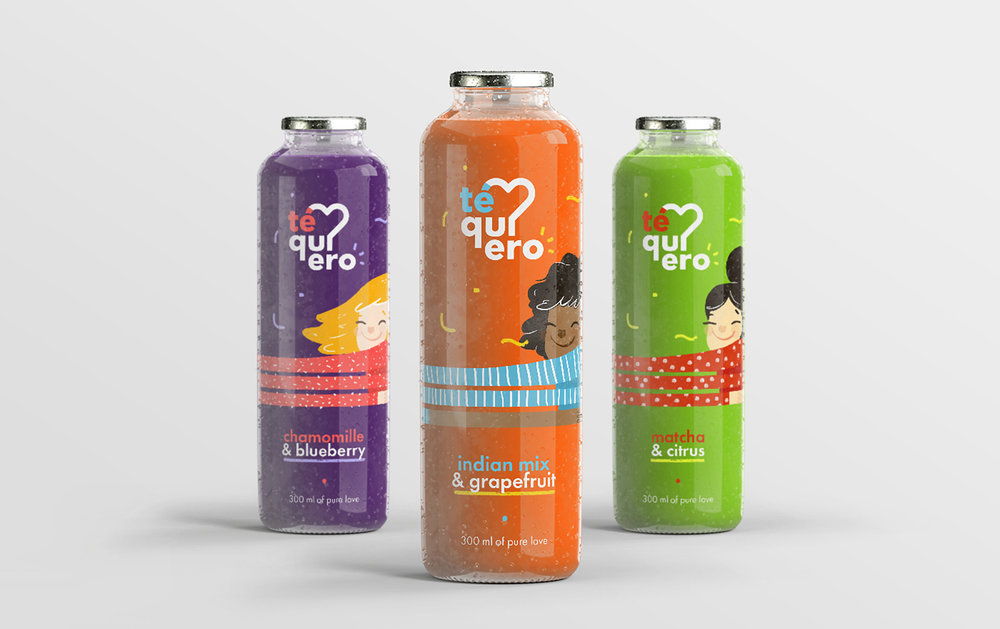 When Sao Paulo-based agency Chiapa Design started developing of a visual system for the concept beverage brand Te Quiero, they started with the name as inspiration. "The name comes from a pun that we created in Spanish to bring the idea that the product is as good as being in love. 'Té' means 'Tea' and 'Te aquiero' is the same as 'I love you.'" 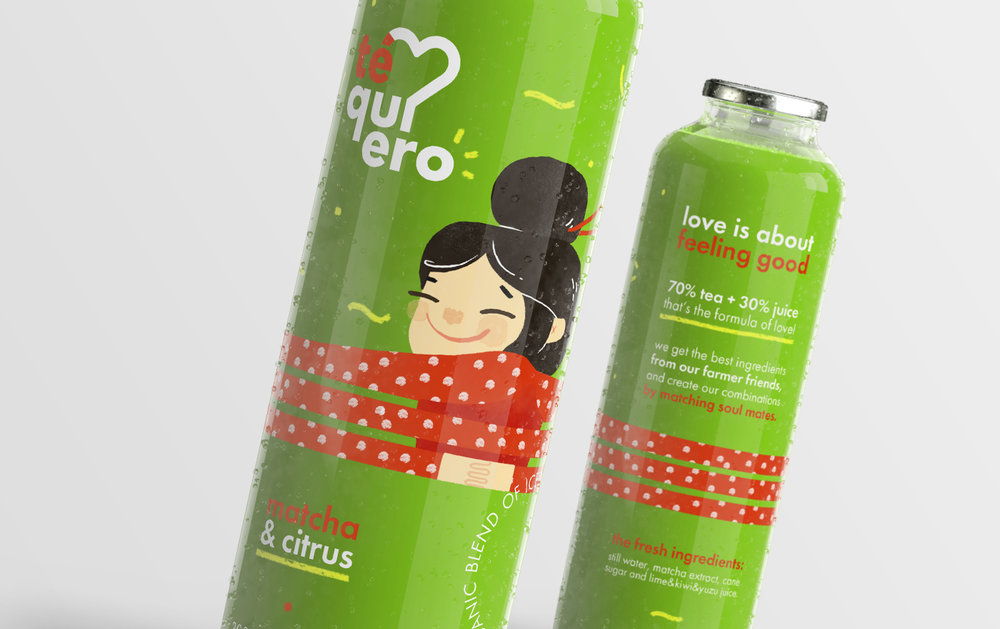 "The creative concept of the brand develops around the embrace and the feeling in it. In addition to transmitting a feeling of tenderness and affection, due to their expressions and the way they envelop the bottle, the characters were developed from the flavors of the drinks, creating a direct relationship between those flavors and their ethnicities." 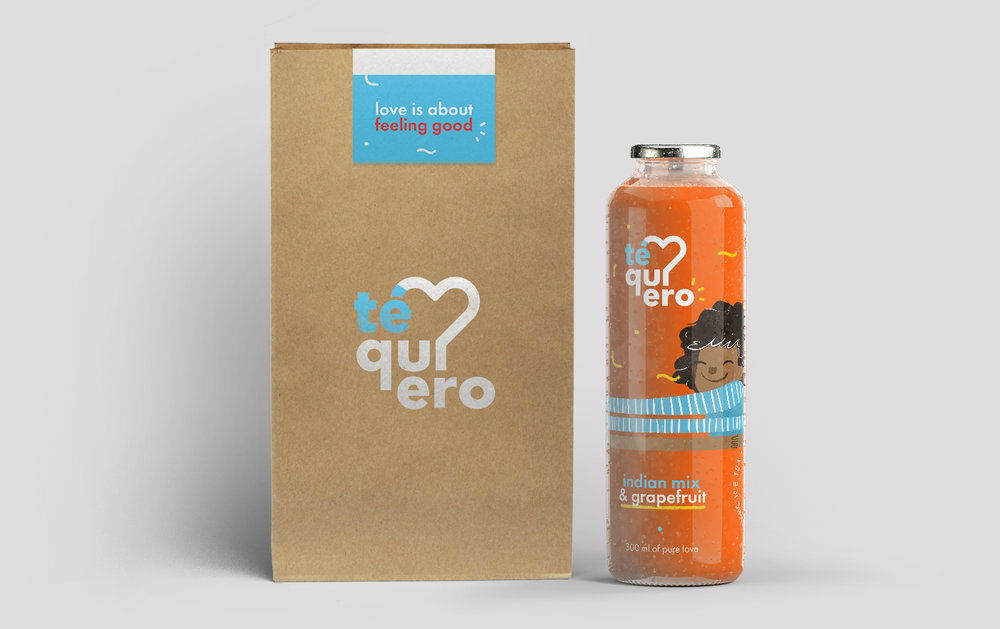 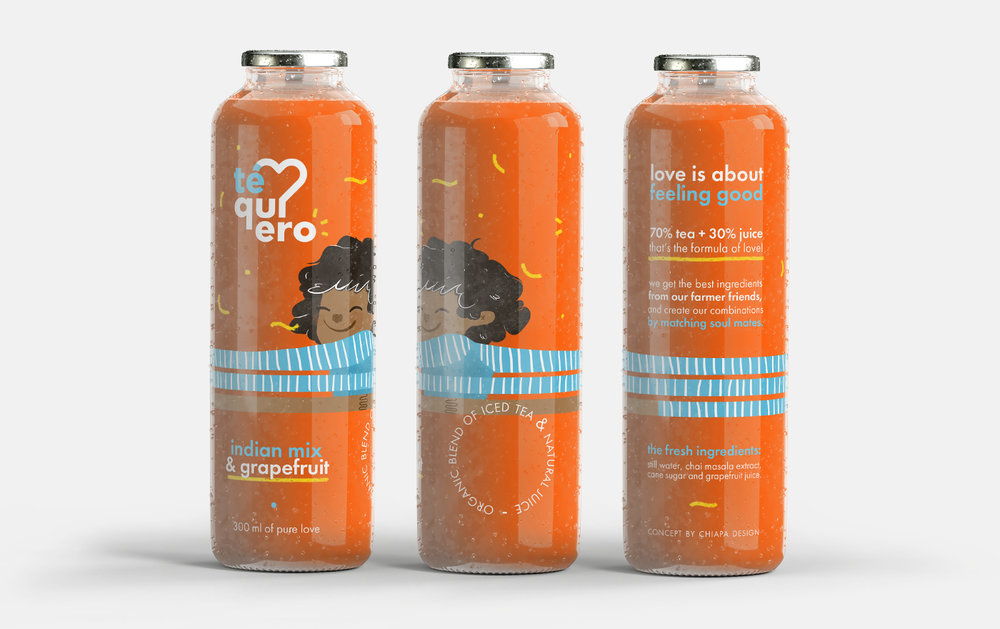 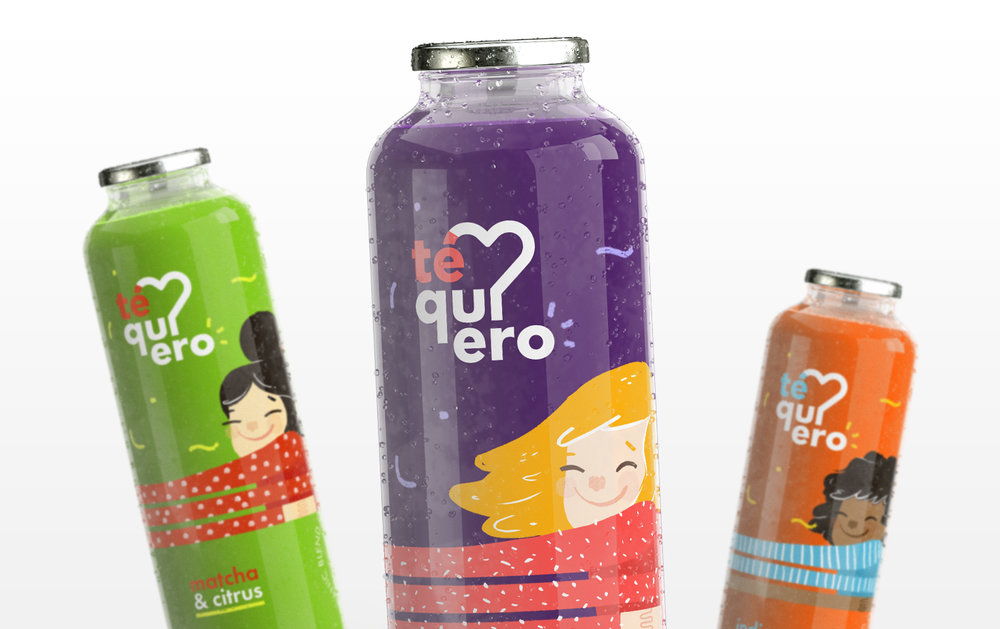