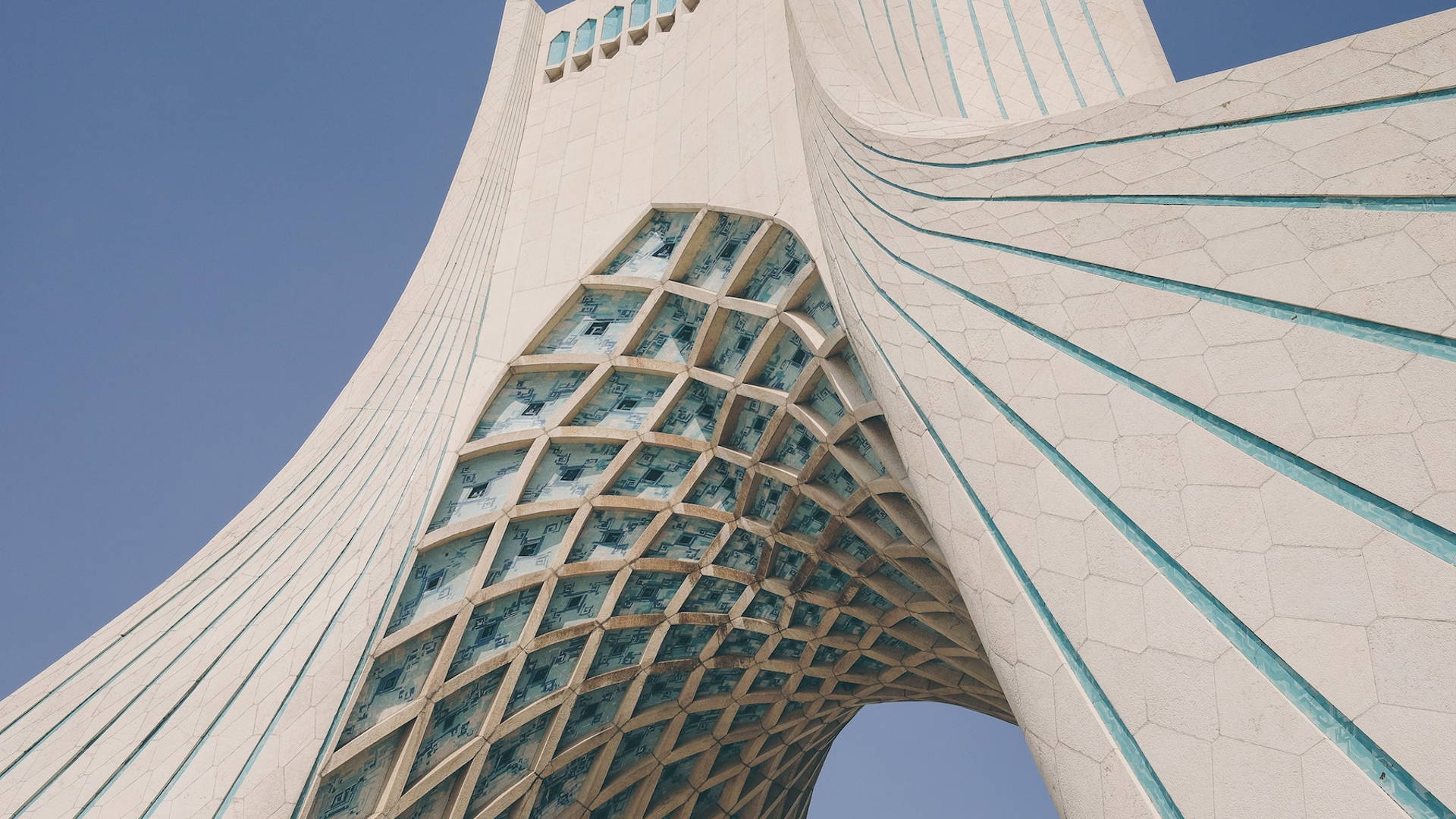 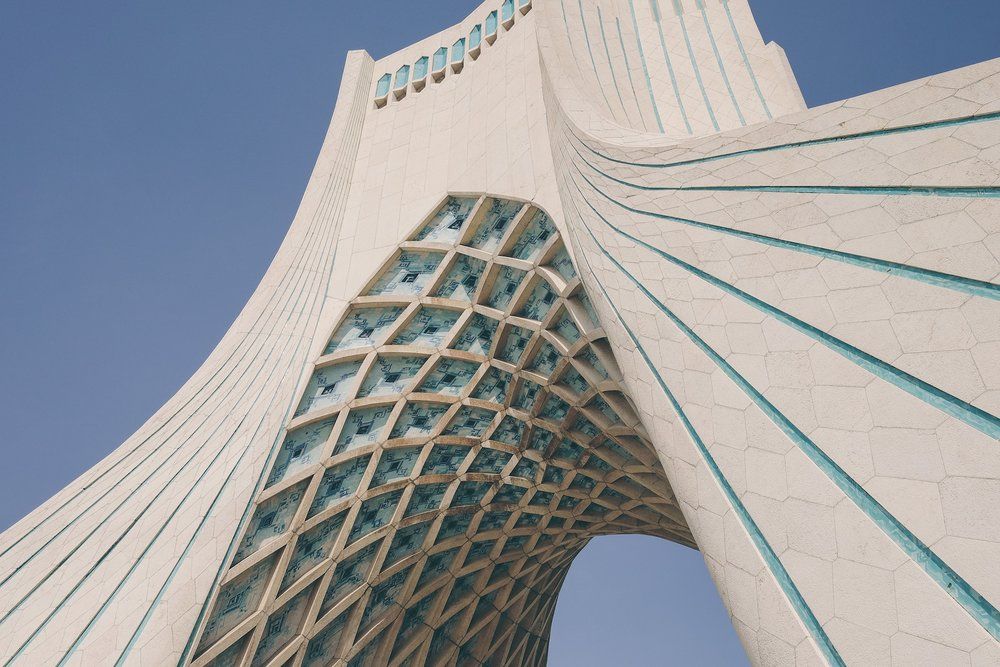 “I believe that packaging design is the ambassador of the culture and attitude of a society,” stated Iman Ale Mozaffar. The designer who calls Iran home has worked on a plethora of projects for packaging and graphic design, and he is also CEO of Basteha, an educational and research association that aims improve knowledge and expand the horizons in the field of packaging. We spoke with Iman to learn more about how he got into packaging design, design in Iran, and more.

This post is a recurring series where we interview designers and agencies with ties to the countries affected by the immigration ban. This is an effort to promote an understanding of the cultures, and we hope that these insightful Q&As highlight the need for diversity in all aspects of life. If you are or happen to know agencies or designers in any of the included countries, please reach out to us directly: theresa@dielinemedia.com 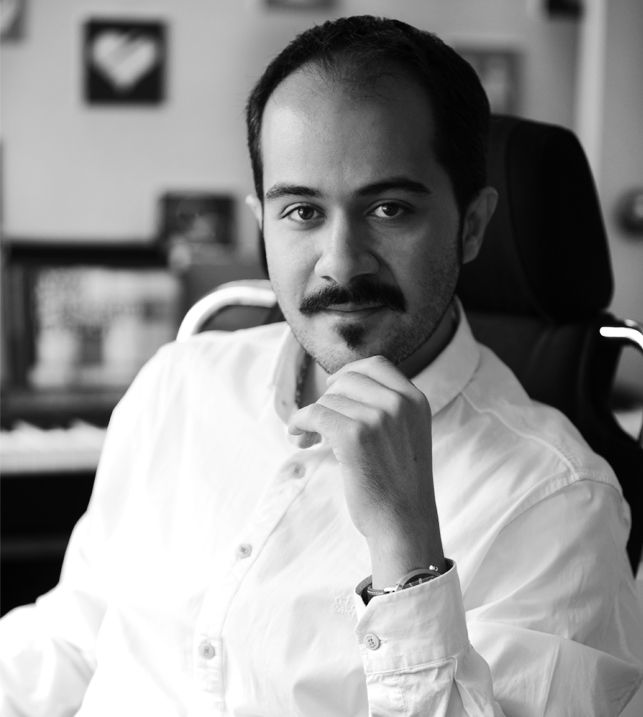 What was your journey to becoming a packaging designer?

Iman Ale Mozaffar: I'm bachelor of Graphic Design and it is nearly 16 years that I have been independently working in my personal studio in the field of design. Since 2002 I changed my professional path of graphic design towards becoming a packaging designer in a way that I can bluntly say nowadays packaging design is the most important concern of mine. I hold the belief that packaging designers can communicate with a large audience, affect their vision and their thinking and even morph their thinking patterns through the design (packaging design) they present. Believing in the extent of influence packaging design has on society is what has made my life more pleasant and beautiful for me.

Tell us more about Basteha and how you hope it helps to advance packaging design in Iran.

Iman Ale Mozaffar: We have rolled up our sleeves.

The Basteha website is a spontaneous movement which commenced its activity in 2013 with the selfless contribution and cooperation of renowned and professional Iranian designers with the aim of promoting the level of packaging design in Iran. Our efforts in Basteha have been focused on providing the facilitated situation for manufacturers to identify the appropriate designer or design studio which suits them best and send their orders of packaging design to them, we have done this by showcasing the works and contact information of independent professionals, active design studios and talented students. We paved the way for designers to compete with one another and try to improve their capabilities and abilities to get their more desired opportunities.

Hence, we introduce a reunion of "Annual Presentation of admired artworks and rewards” in which the artworks are evaluated and judged, those which meet the design and quality criteria are acknowledged and appreciated. The admired works in Basteha are published in a book under the same name and is then presented to industry owners. Also, we have been trying to have the message of Basteha heard by specific and general audience by involving news agencies and social media. 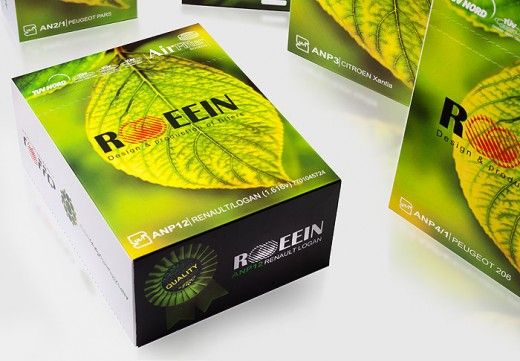 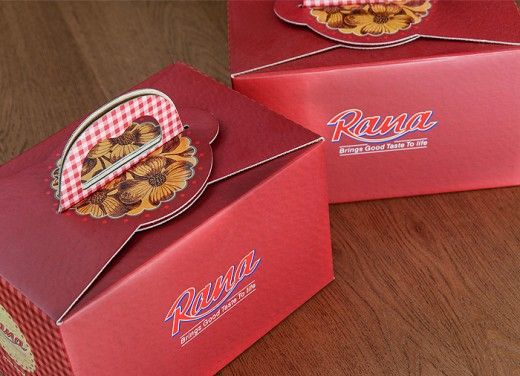 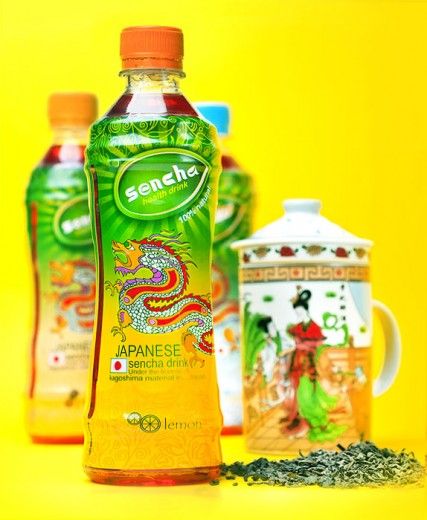 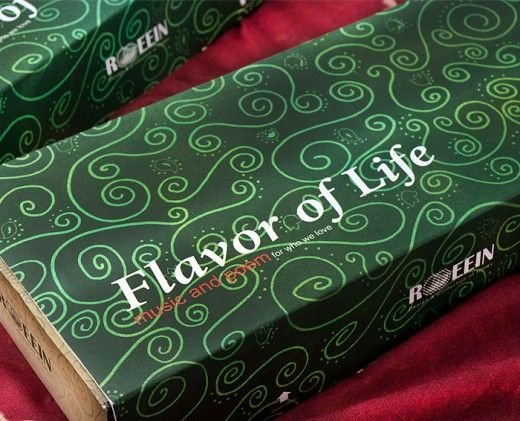 What is your personal design philosophy?

Iman Ale Mozaffar: In my personal opinion, packaging presents the whole of a brand or the whole of a product. Hence, it should be designed in a way that can unravel the spirit and the nature of a product for its audience. Simultaneously, the attitude, insight and expectations a consumer holds is quite diverse for every product. To put it more simply, a packaging is successful when it says what the consumer is longing to hear. This is the fundamental asset of mine in my design studio.

What are some of the unique cultural aspects of Iran? Do any of these make their way into your work—and if so, how?

Iman Ale Mozaffar: Iranian culture is teemed up with myths, poems, metaphors, proverbs and legends. The dialect and the authentic Persian language is a rhythmic language and it resembles a poem which is being read when spoken. The special climate and the weather conditions of Iran has had its impact too. All this have resulted us to be poetic in nature. We take advantage of many proverbs and stories when we talk and retell them in full detail. Iranian culture has countless features and factors which is beyond the scope of this topic. So I'll try to point out only one which is influential on designing for an Iranian consumer.

As I mentioned at the beginning of our interview, a diverse range of people regarding culture, background, dialects, customs and traditions reside in Iran. These have had their effect on consumers' taste and every designer should meticulously go through them by identifying the factors and assess the probability of its success or failure. Hence, it is quite possible and understandable that a successful packaging project in the North of Iran is totally rejected in the South and faces failure. This has caused that most Iranian designers seek the kind of design that accommodates a bigger spectrum of tastes from different audiences and in my perspective, this lack of proper audience classification (based on behavior and personal viewpoints) is an unpleasant challenge for every designer. 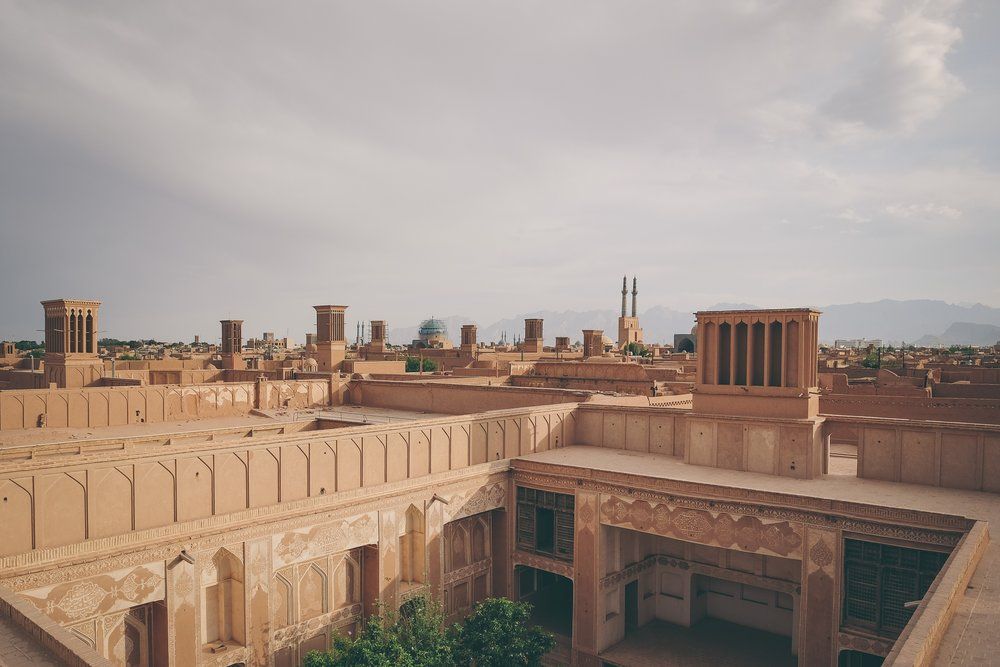 What are the recent design trends you’ve seen popping up in Iran?

Iman Ale Mozaffar: Presently, with the advent of young consumers in the market (due to the change and replacement of generations) we are witnessing changes in different designs for Iranian products. Minimalistic designs are beating designs with more details and are expanding. A new wave of ideology and modern digital/virtual lifestyles is being injected globally and we see the reflection on today's Iranian designers' work. Also, modern technologies and marketing solutions are growing and this has led the designers to reach for creative approaches in designing.

What are some of the biggest challenges you’ve faced as a designer in Iran? How have you overcome them?

Iman Ale Mozaffar: In my view, most Iranian designers are struggling with numerous problems and limitations. Owing to the sanctions the US has posed upon us, we have lost the possibility of purchasing images, e-books, our needed software and hardware and this throws us in a loop to find other complicated ways to provide our needs in more expensive ways. I am of the opinion that access should not be influenced by governmental or political decisions as education and growth in our ideology is a right not to be deprived from anyone.

How do you keep feeling inspired? When looking for design inspiration, where do you turn?

Iman Ale Mozaffar: I take most of my inspirations from talking to people. Hearing every day stories, different events, different social views and personal concerns bear significant points which can lead to a core idea being formed and the design path to be morphed. Therefore, I am always interacting with a wide range of people and what they say is stored as an invaluable treasure in my mind and I take advantage of them when the need comes up. The behavior and talks from people in shops, parties, university, coffee shops, restaurants, parks, shopping centers etc. are all inspirational for me.

Tell us about one of your favorite packaging or branding projects you’ve worked on.

Iman Ale Mozaffar: In the late March 2017, I received an order from Behmalt Company for packaging design for breakfast cereal. After talking to different people and investigating their competitors I discovered a point which I used as the core idea in my design. Most consumers approached and bought this product because of the nutritional value and vitamins so this product can be regarded as a piece of a puzzle. Hence, I decided to cut out some patterns of a puzzle out of cardboard and then we formed different products in the same way and photographed them.

Another product whose design wasn't based on consumer insights was low fat mayo sachets of Arim brand. We came to the conclusion that the most important reason for consumers to replace mayo with low fat mayo was that they are on a diet and are therefore thinking about their body shape. An image of a man in loose shorts and standing on a scale showing zero on the clouds (according to the Arim slogan: like a dream) was selected as it was a reflection of their dream.

How do you hope to make people feel through your design work?

Iman Ale Mozaffar: I am a packaging designer and I believe that packaging design is the ambassador of the culture and attitude of a society. If we look closely at popular packagings of any country, we can find their manners and behaviors in them. Today, politicians and different media are presenting an unfair image of Iranian people's conditions and those in the Middle East. They have pushed this to an extreme that sadly we have observed inappropriate and disrespectful treatment with those who reside in these areas. Our world today is turbulent and a little spark of fire can cause irreparable and irreversible consequences and more bitter life events with be recorded in the story of life. Designers and the work they produce (if investigated fully) can soothe these inflammations. We are after a world without war and we are hopeful that one day all people live in a peaceful world, we are sending this message through our work of art for everyone. 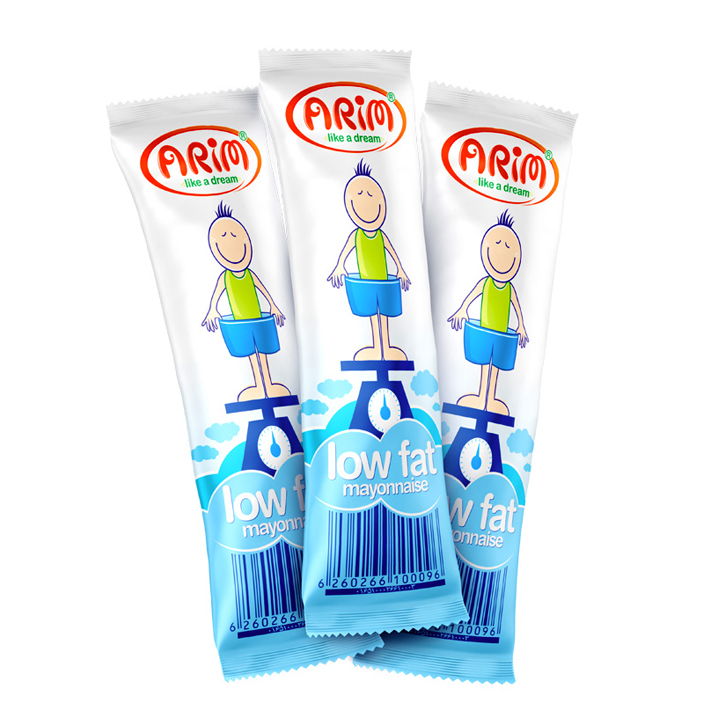 Check Out This Homegrown Whiskey From RockFilter Distillery