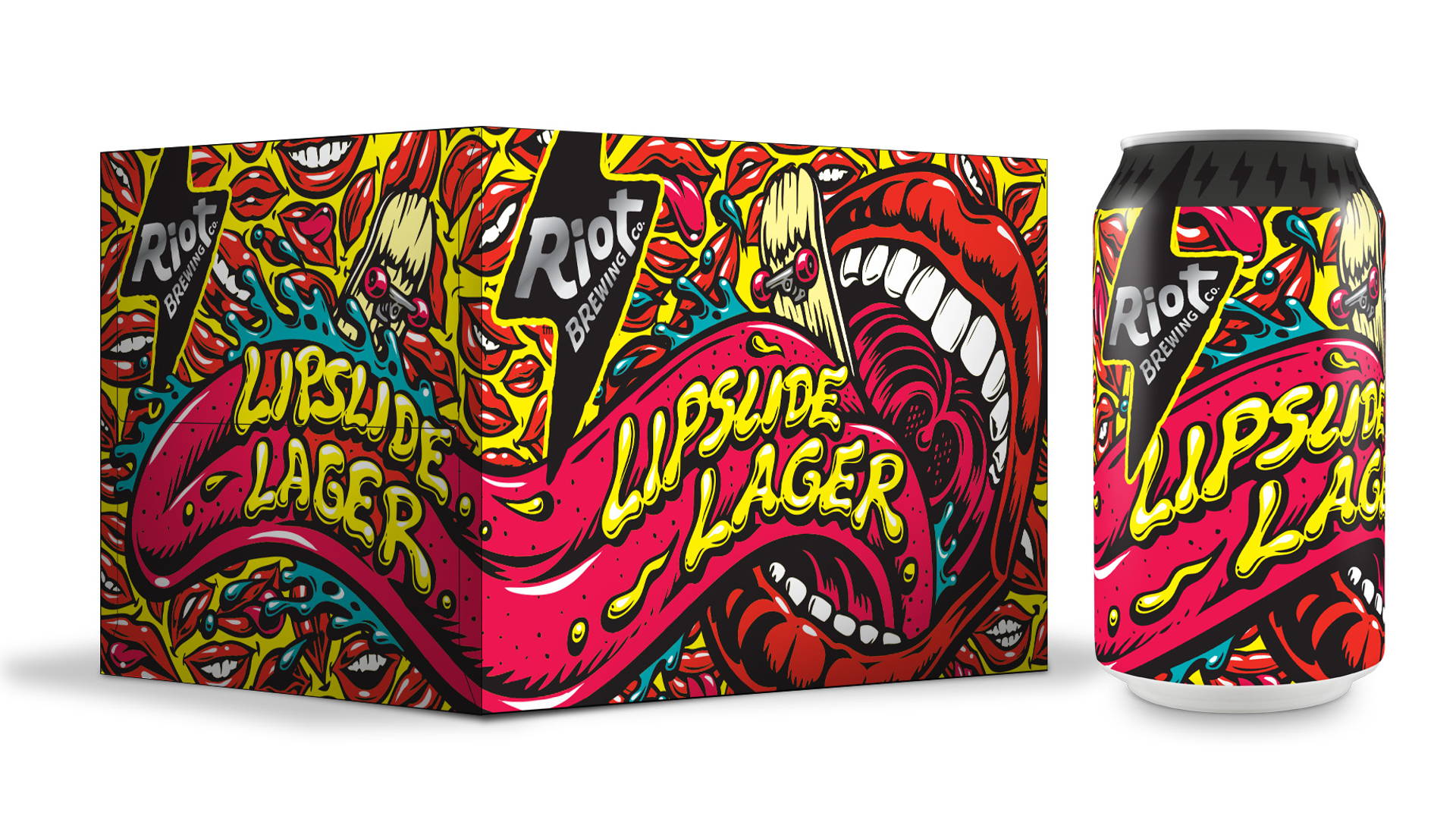 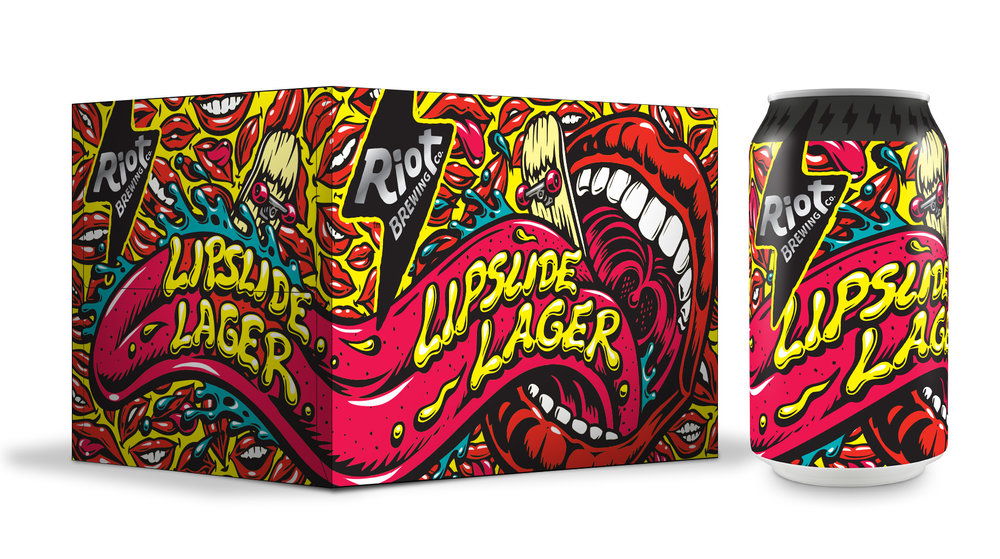 “&%#@ happens in this thing called life and Riot Brewing Co embraces it head-on with their beers. And as of Spring 2017, they have packaging that takes it to the next level. Three of their beers are now in cans, and two more in bottles, that shout out loud and clear just what a riot life really is.” 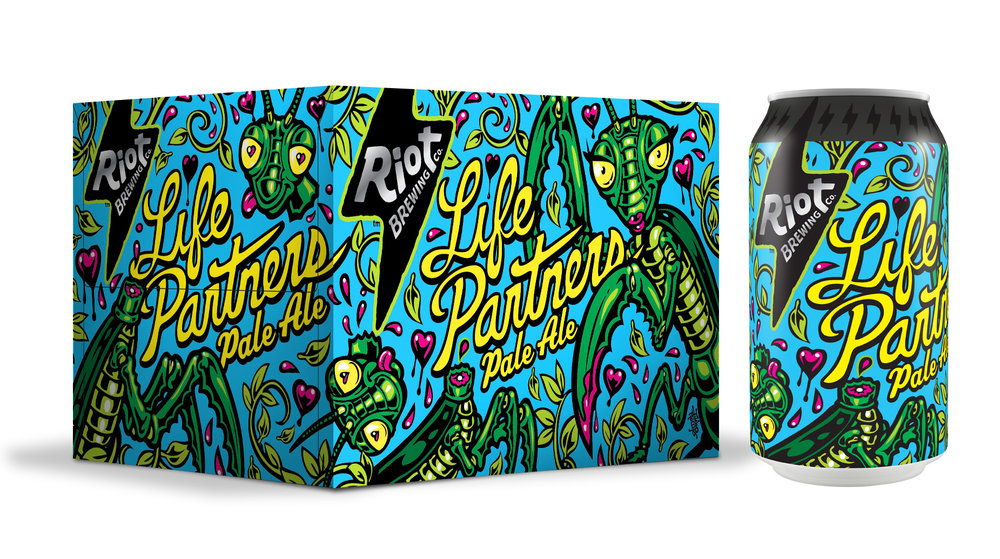 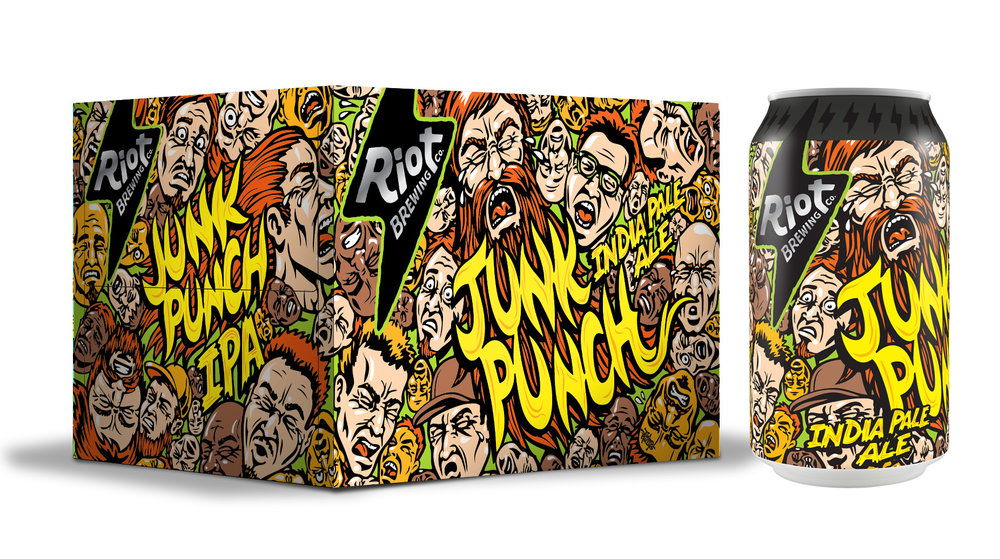 “The Chemainus, BC brewery partnered with the team at The Brandit to build the Riot Brewing brand, from logo through packaging. The highlight of the branding endeavor was the creation of conceptual illustrations and lettering for all the packaging that celebrates their irreverent, ‘Life’s a Riot,’ attitude. The colors are bright and big and the stories told by the drawings pack even more punch. The Brandit partnered with illustrator Jimbo Phillips to execute the illustrations in his mind numbing skate-art style.

‘It’s not every day a client tells you, ‘That’s f***ing rad’ during a presentation,’ said Matt Ebbing, Creative Director at The Brandit, ‘and with a beer named Junk Punk, I’m glad we didn’t come up short! Ally, Ralf and Morgan [of Riot Brewing Co.] made it clear early on in the design process that we needn’t tip-toe around their personality—so we sunk our teeth into all the counter-culture, skate and punk scene glory that shaped who these brewers are. A lot of attitude in this beer packaging, but it’s always fun, never mean or scary.’” 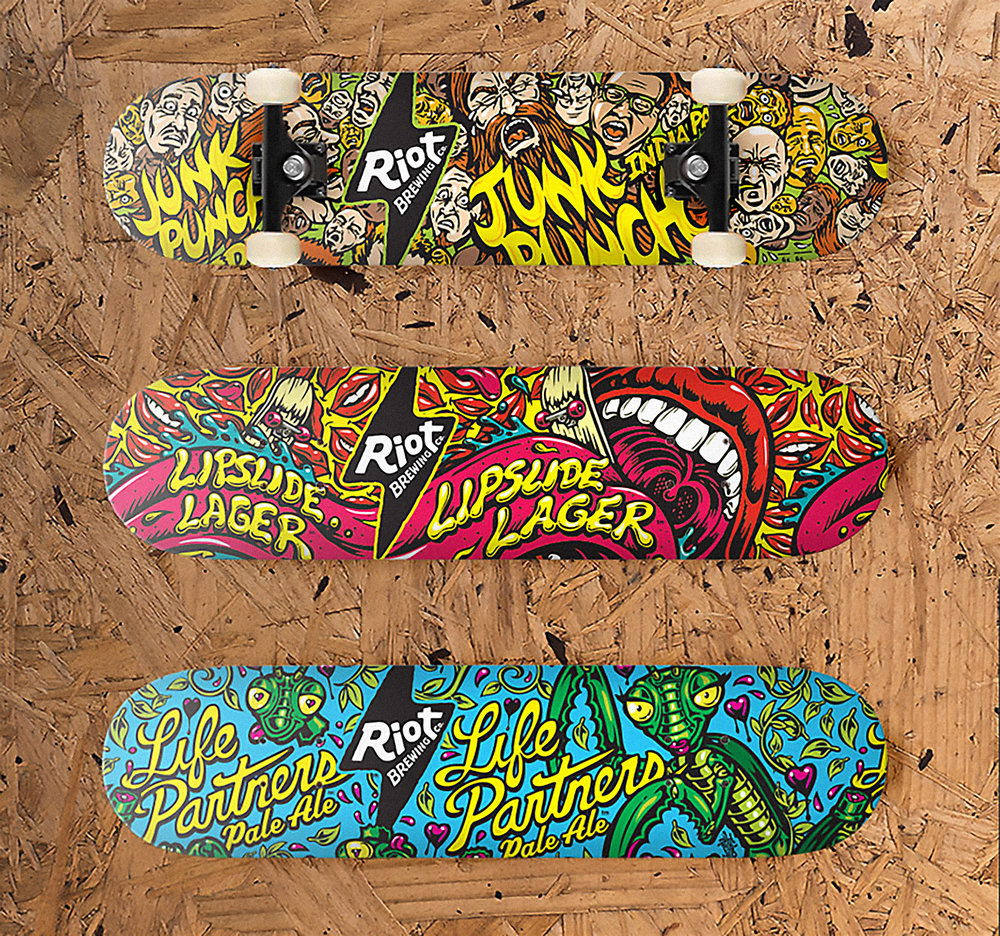 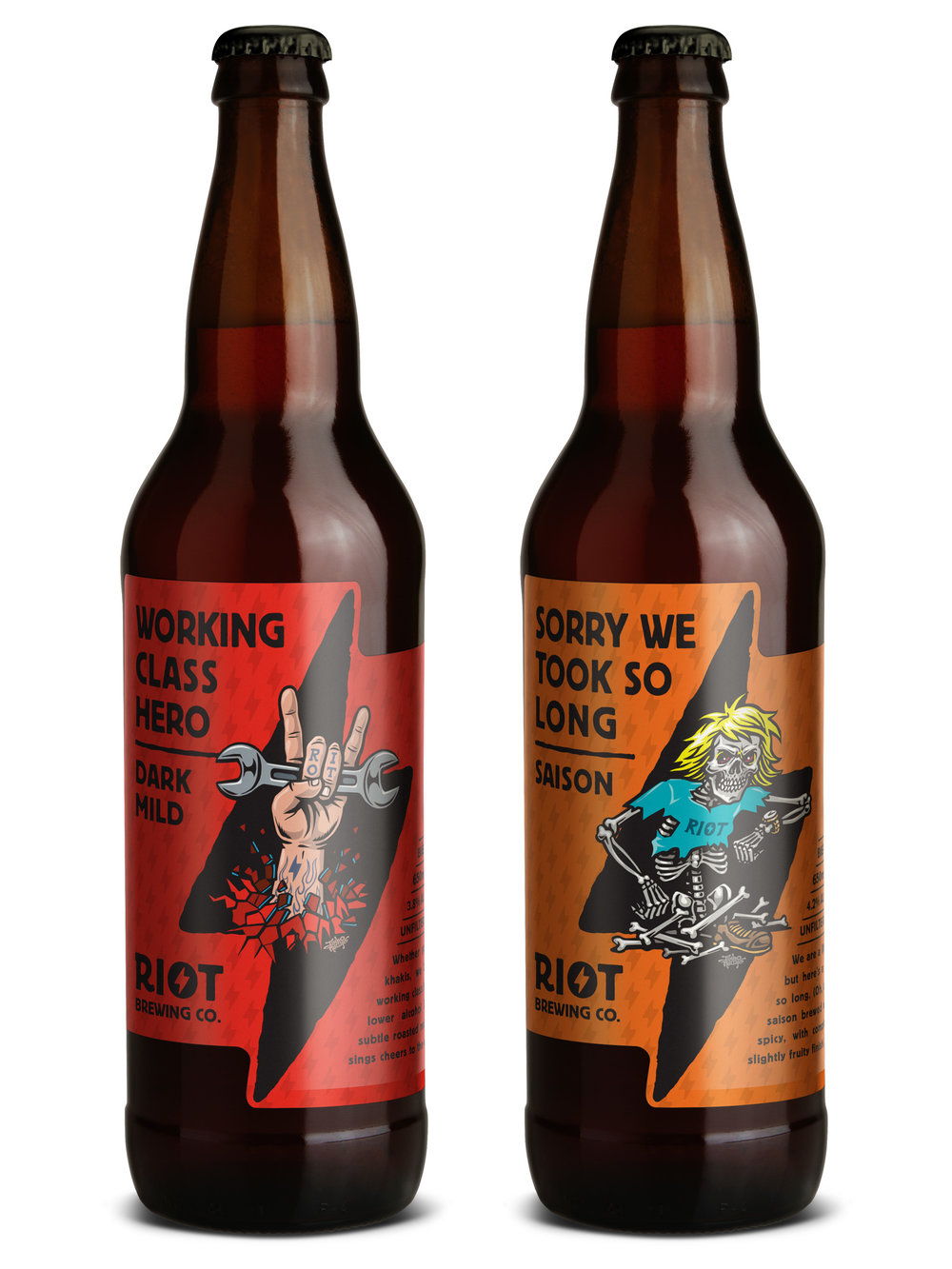 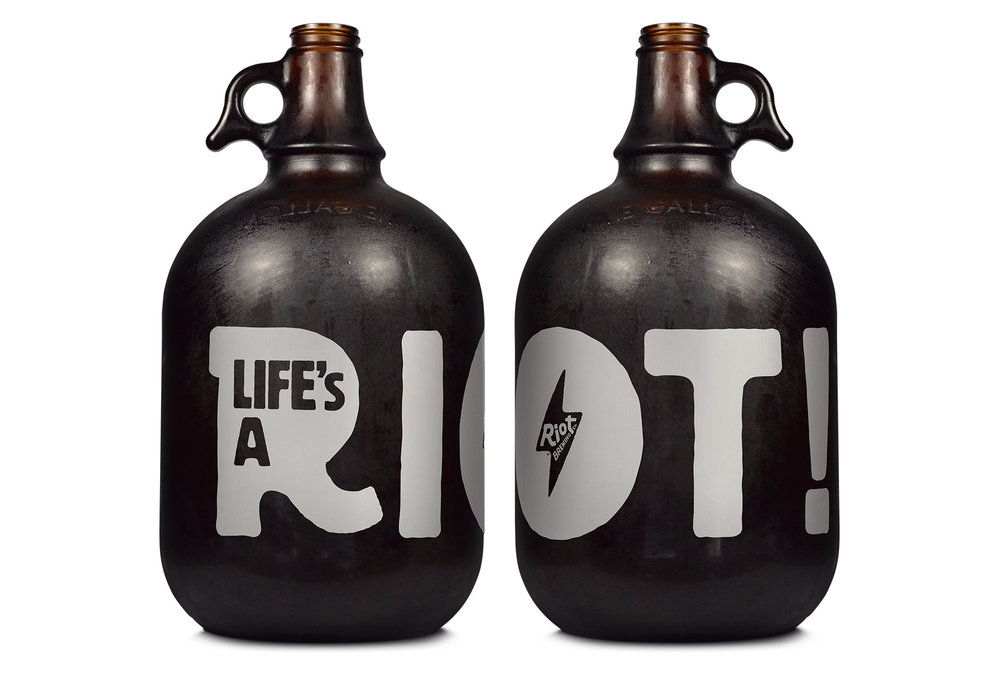 Let This Refreshing Cold Brew Transport You To the Tropics

We Love This Bold Branding For PERI.A