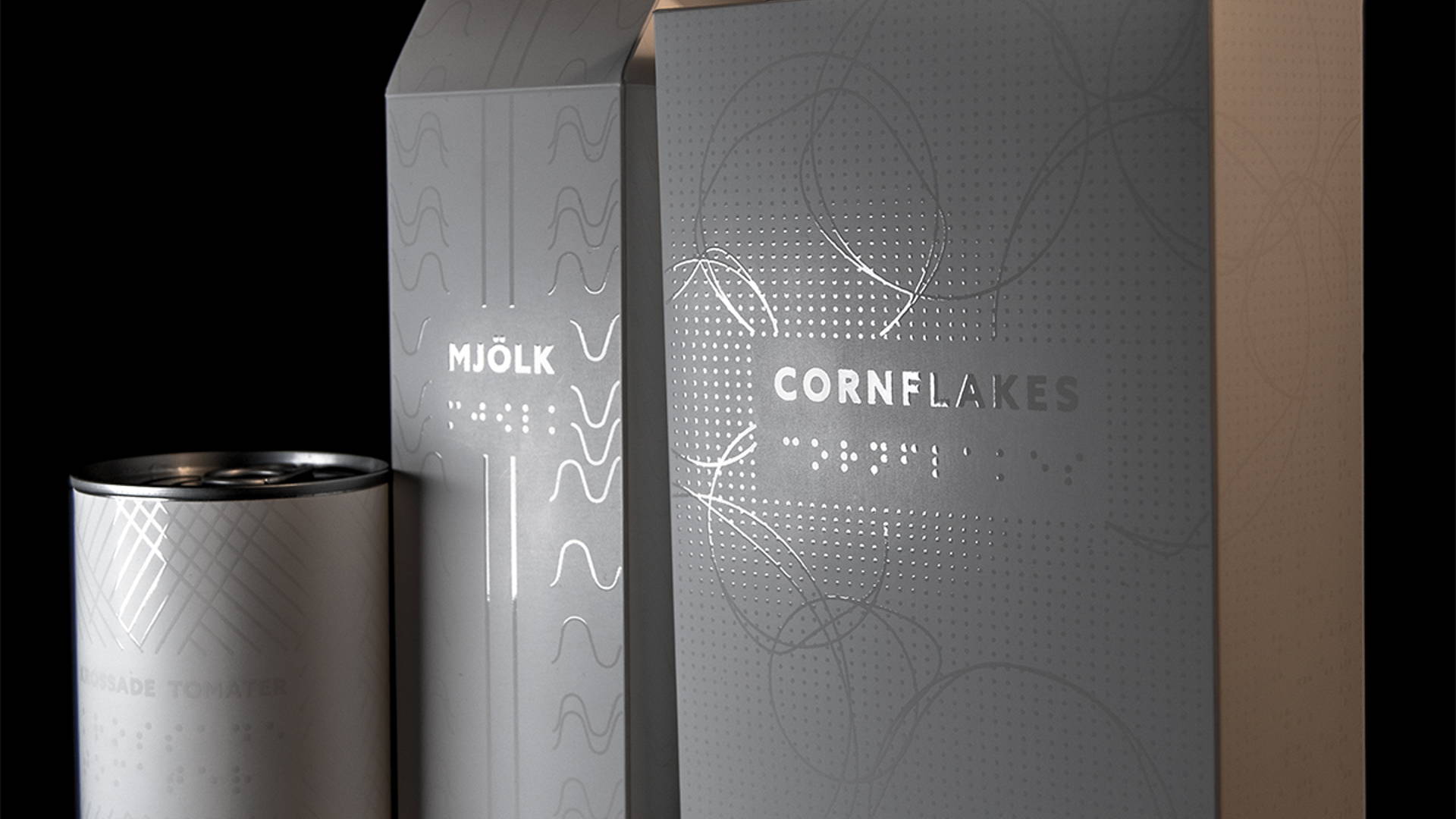 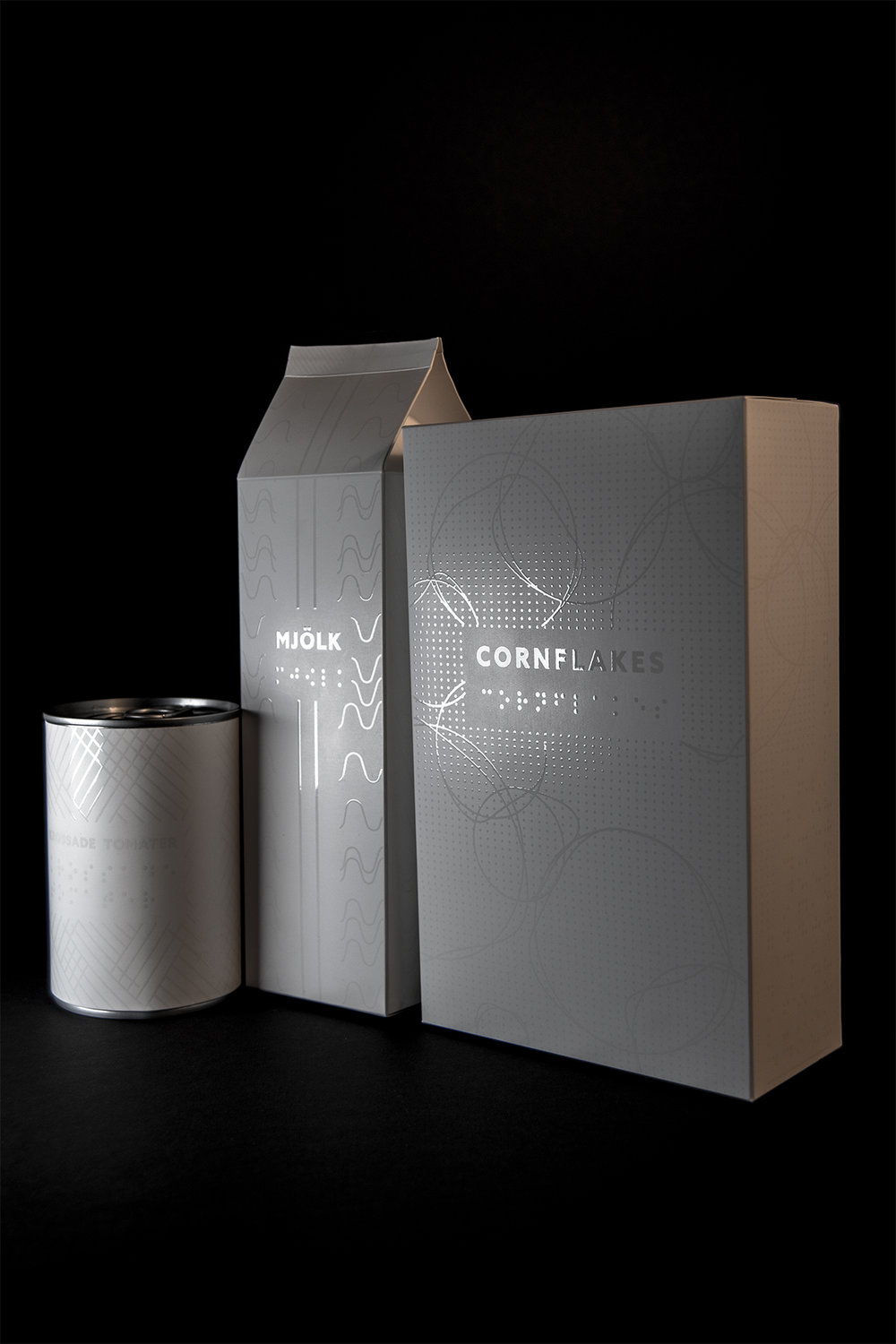 In her graduation project “Color me blind” at Forsbergs School of graphic design and advertisement in Stockholm, Alexandra Burling asked herself if it’s possible to make an aesthetically appealing packaging design for the visually impaired. Is it possible to give the sightless the same experiences as people with vision?

Alexandra started the project by getting to know her audience through interviews and trying to be blind herself. The choice of packages became groceries since it was clear in her research that there is an extreme lack of information written in Braille on these kinds of packages. “I want to give blind people the liberty of doing something so obvious as going down to the supermarket and buying milk,” Alexandra explains in the description of her project. 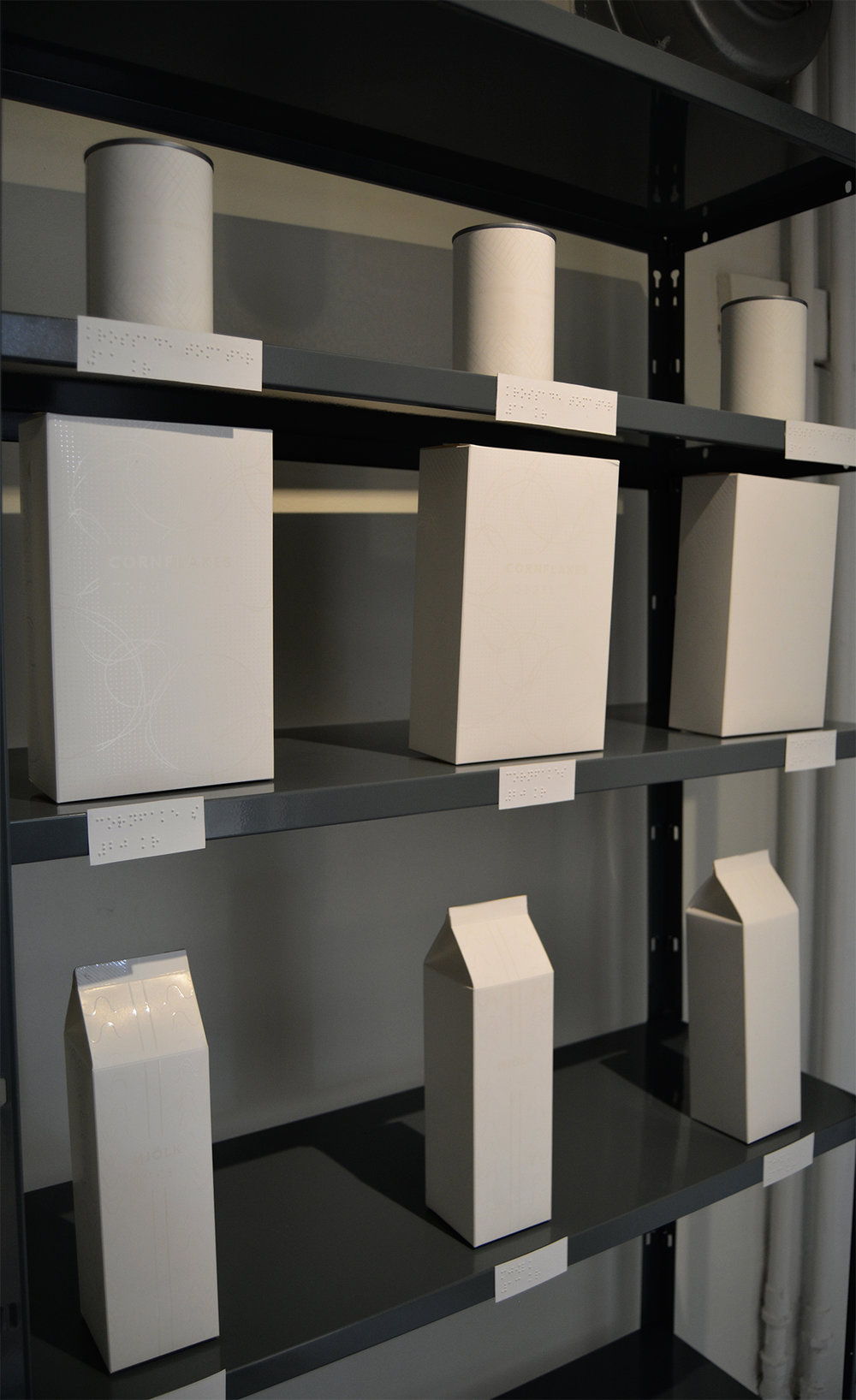 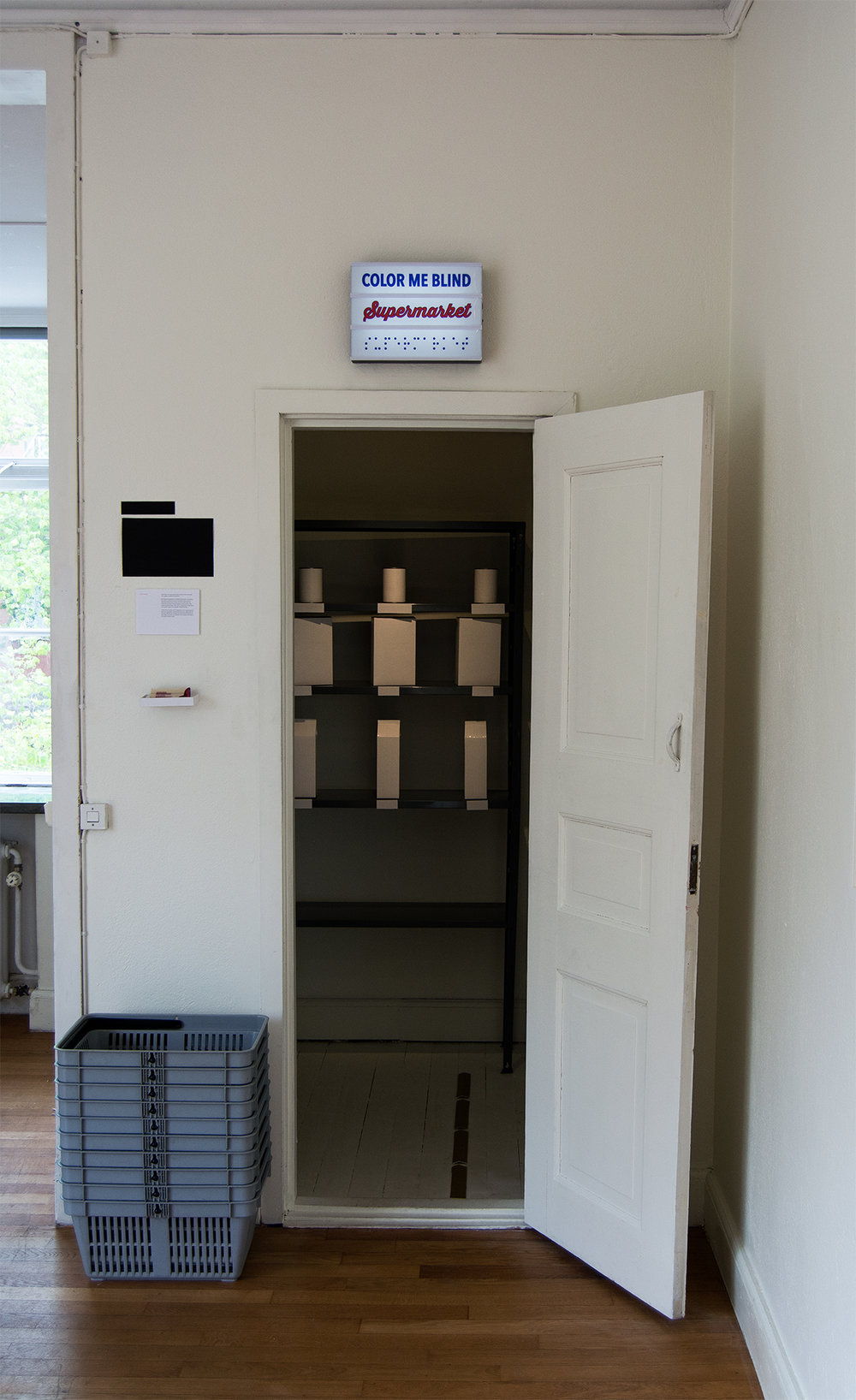 The result at the school’s graduation exhibition was a small room, transformed into a grocery store showing the three packages Alexandra designed – milk, cornflakes and canned tomatoes. The packages were dynamically designed with a focus on feeling the aesthetical designs, but also informed about content and how to open the packages.

One person at a time was invited into the grocery store and after Alexandra closed the door and the person was left alone in the shop, the lights were turned off after twenty seconds. Well inside, the person got to touch the packages in total darkness to the sound of cash registers beeping and similar supermarket background sounds. 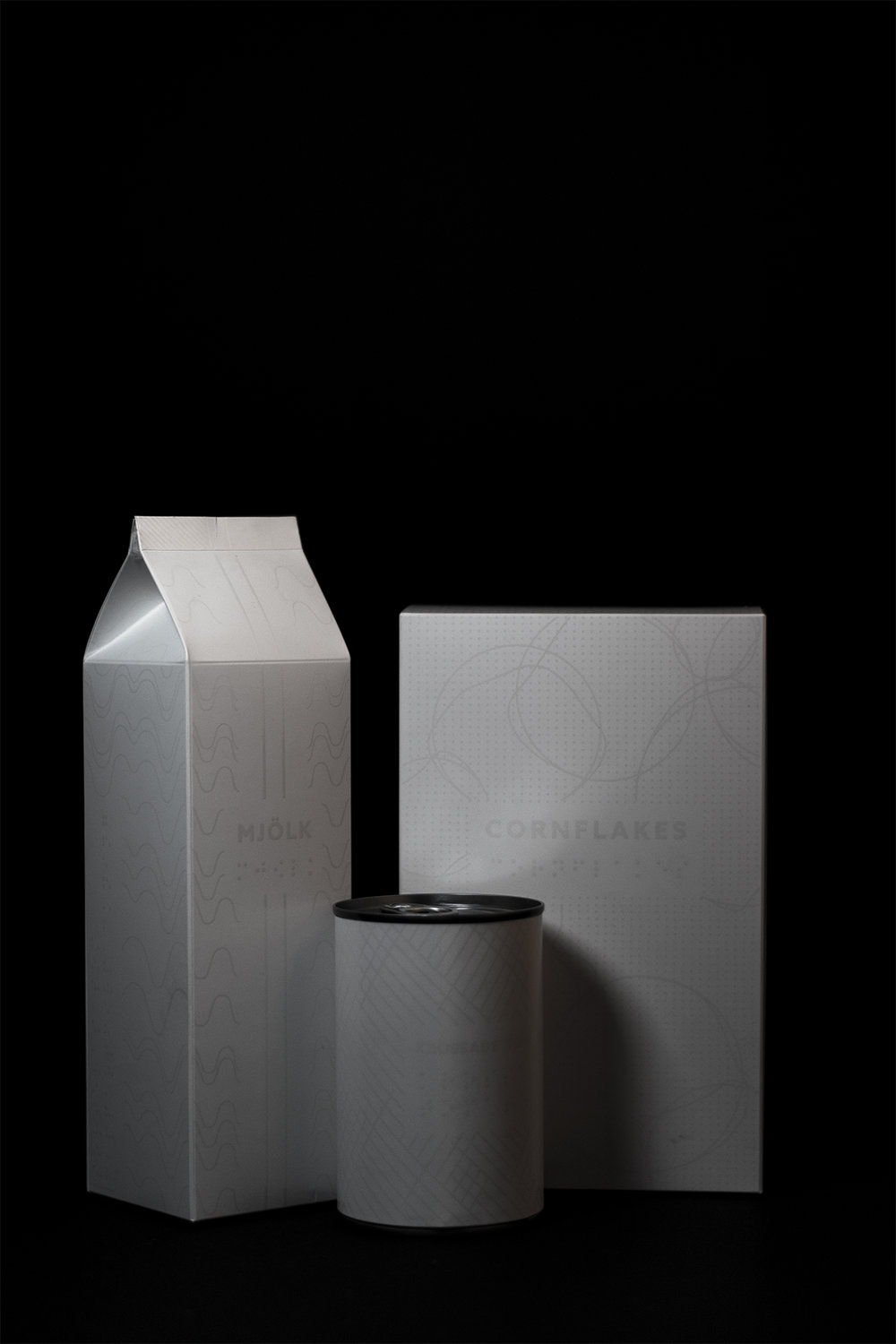 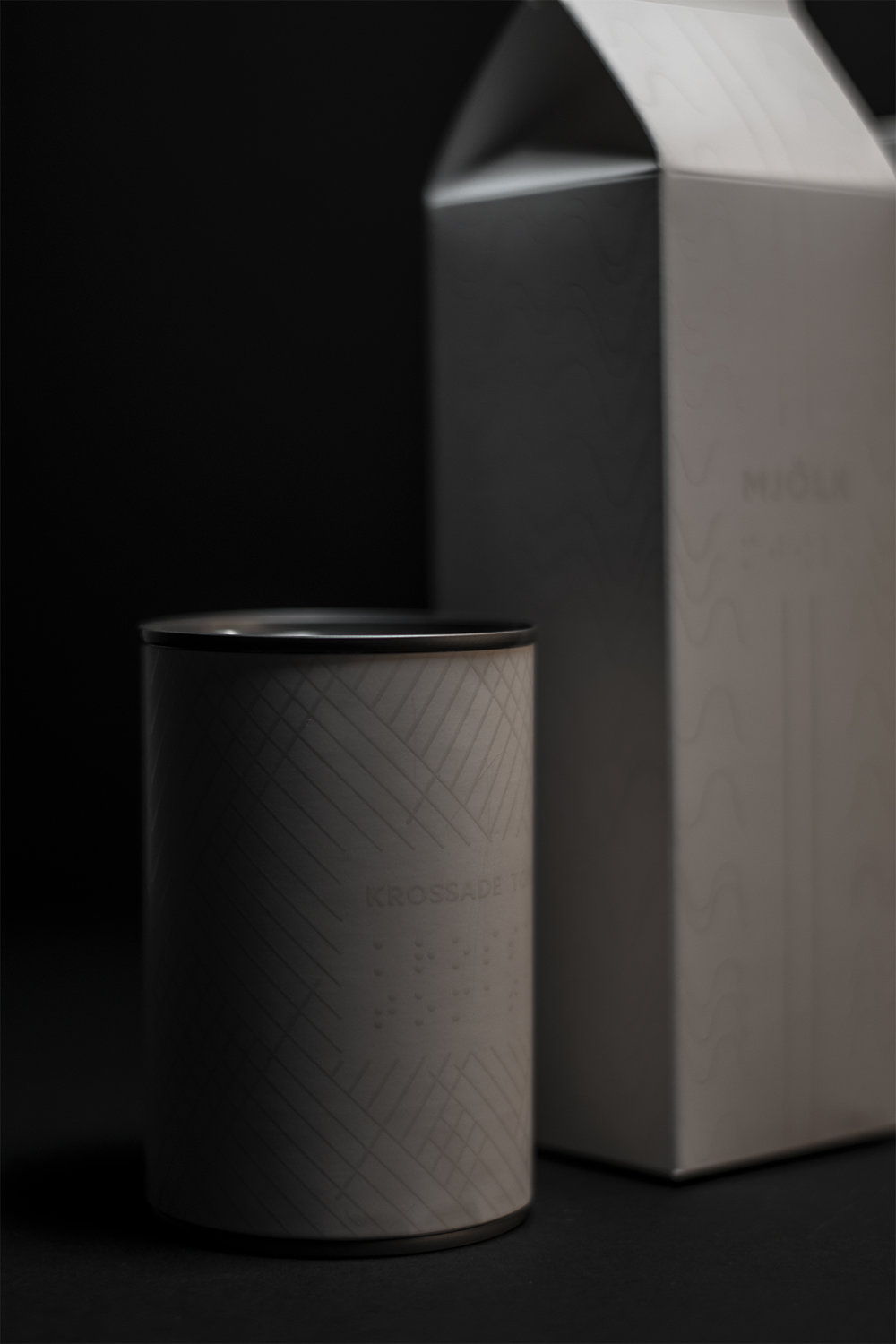 The response became great and many appreciated Alexandra’s idea, that she herself had not seen anywhere before. Her goal with the project is to arouse discussion and pave the way for innovative thinking about how packaging design can appeal to more senses than sight. “I want my project to be innovative and meaningful, this does not exist in the world and I want to create it,” Alexandra summarizes. 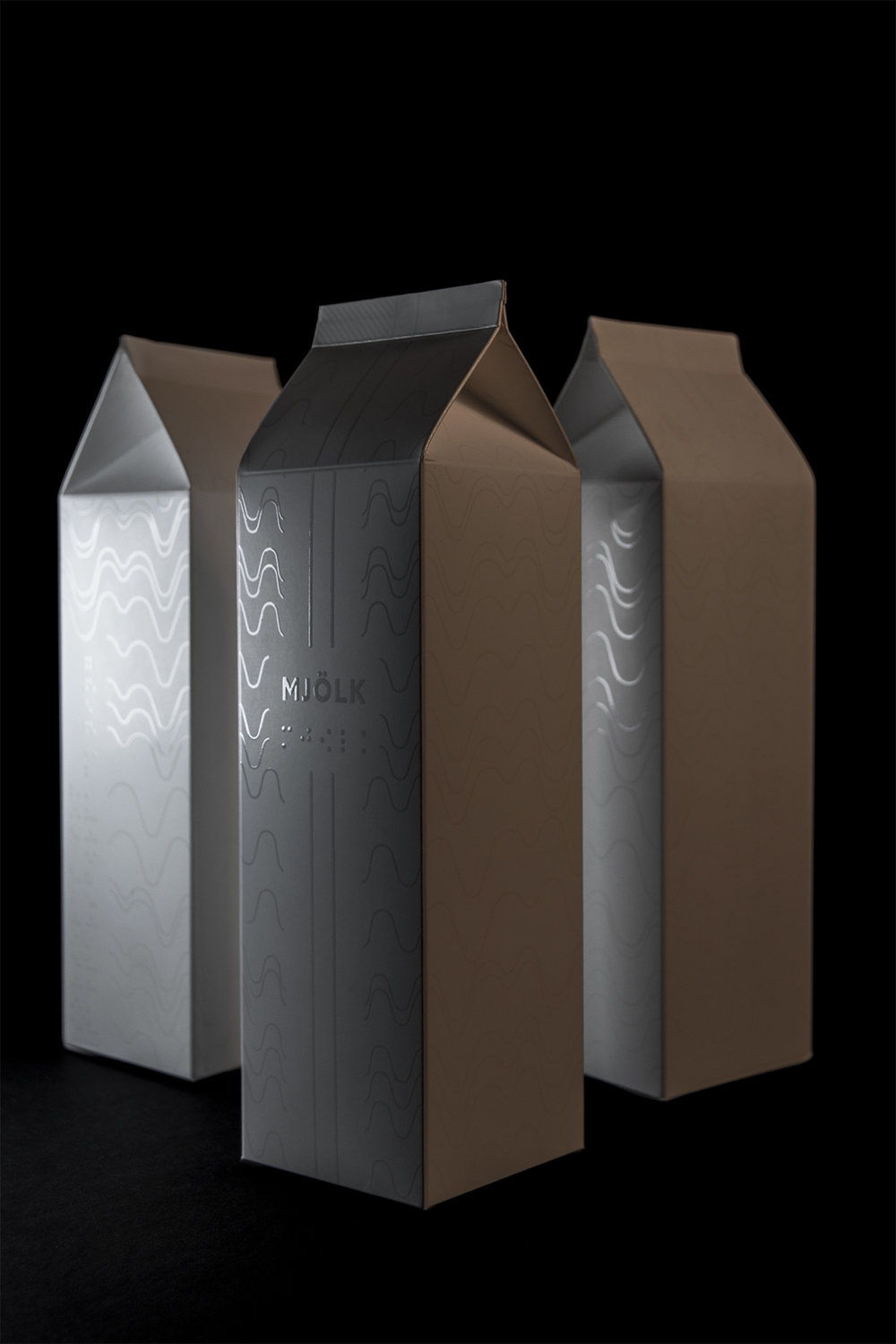