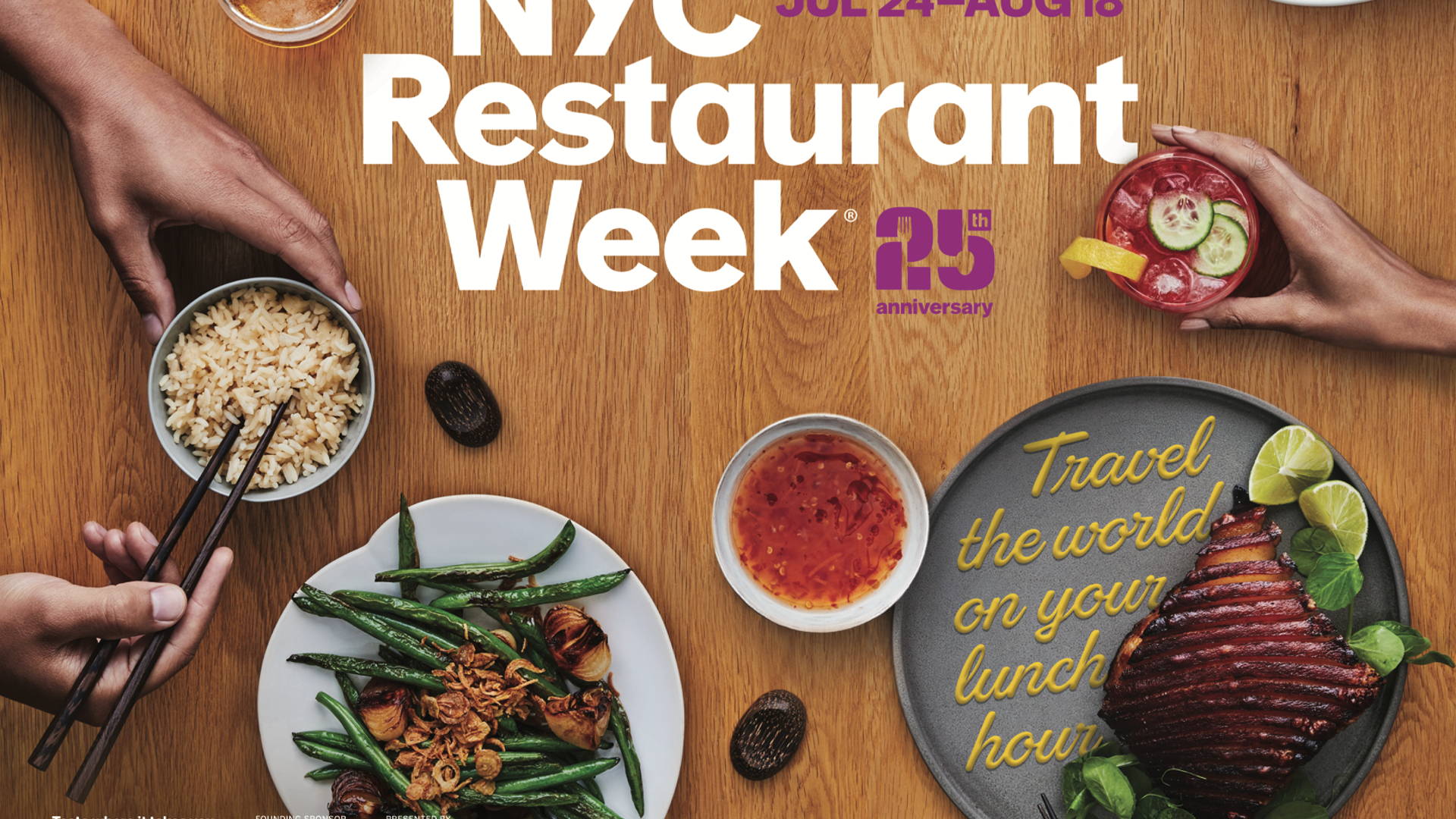 NYC, it’s Time to Eat! Behind the New Design for NYC Restaurant Week 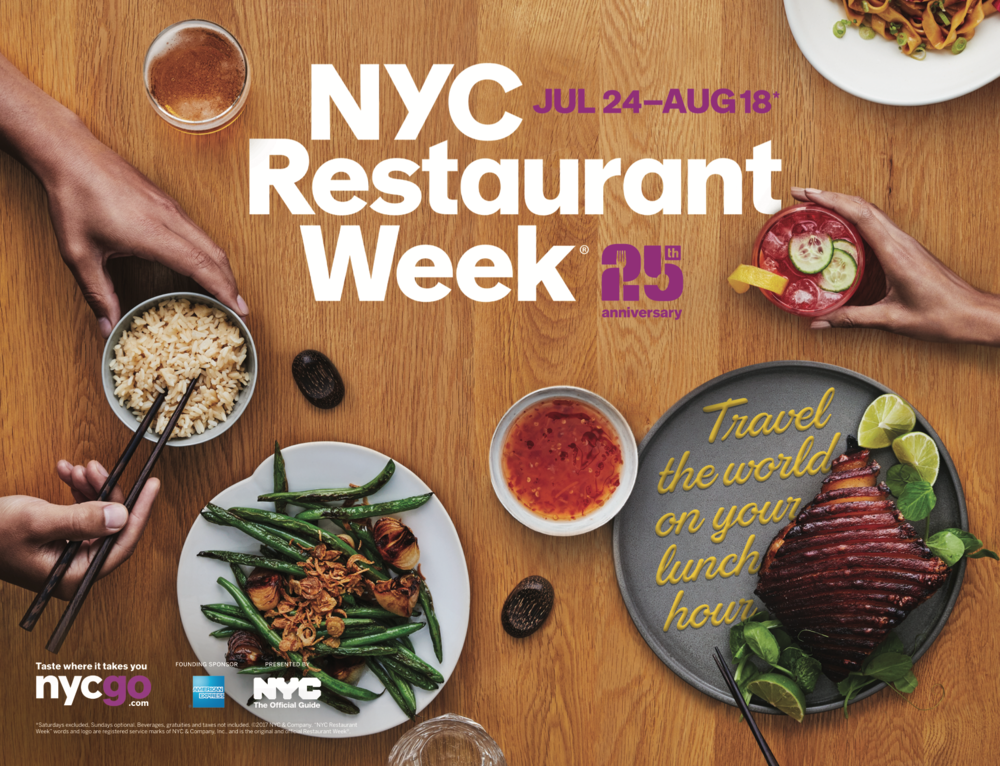 For the 25th year, NYC Restaurant Week is back for the foodies of Manhattan and every borough. The famed event, taking place starting today, July 24th to August 18th, 2017 celebrates the culinary cultural mosaic of the city and the global cuisines that New York City has to offer. To revive the design for their anniversary, NYC Restaurant Week turned to The Working Assembly for something that would reflect the fun and inclusivity of this annual event that New Yorkers love so. We spoke with TWA to learn a little bit more about create the design behind this much anticipated experience, highlighting cultures in digital platforms, taking NYC Restaurant Week in a new direction, and more.

Walk us through the process you went through upon receiving the brief.

The Working Assembly: The client wanted to do something to relaunch Restaurant Week in tandem with celebrating their 25th anniversary, and we wanted to do something that celebrated Restaurant Week in a way that only New York can! As we dug into the brief, we realized that what we needed to do was celebrate all the places around the globe that just living in New York can take you—which is where we came up with the hero line “taste where it takes you.” We created fun concepts like “break bread in another borough” or “share a cab, hog a dessert” that juxtaposed the culture of NYC and its cuisines. 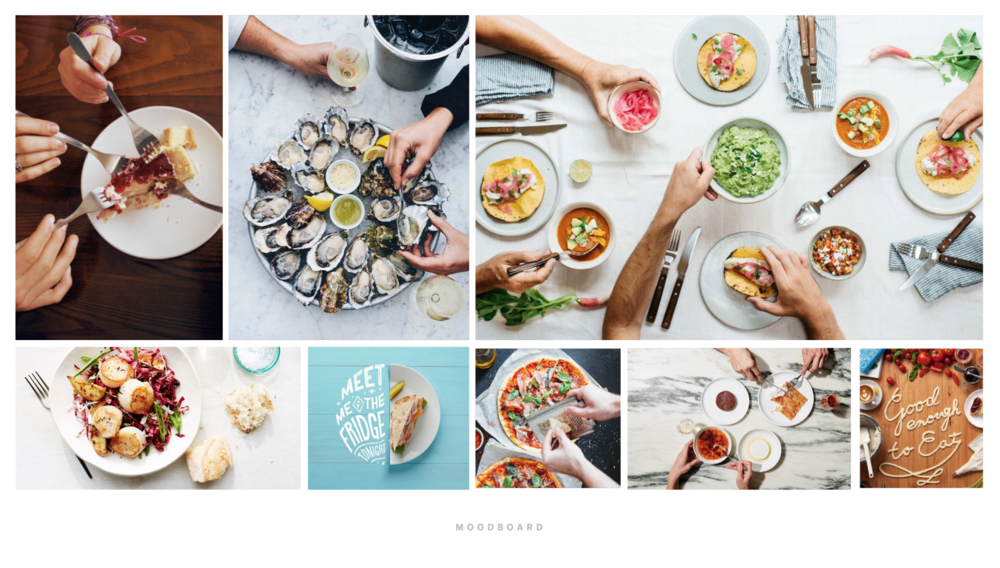 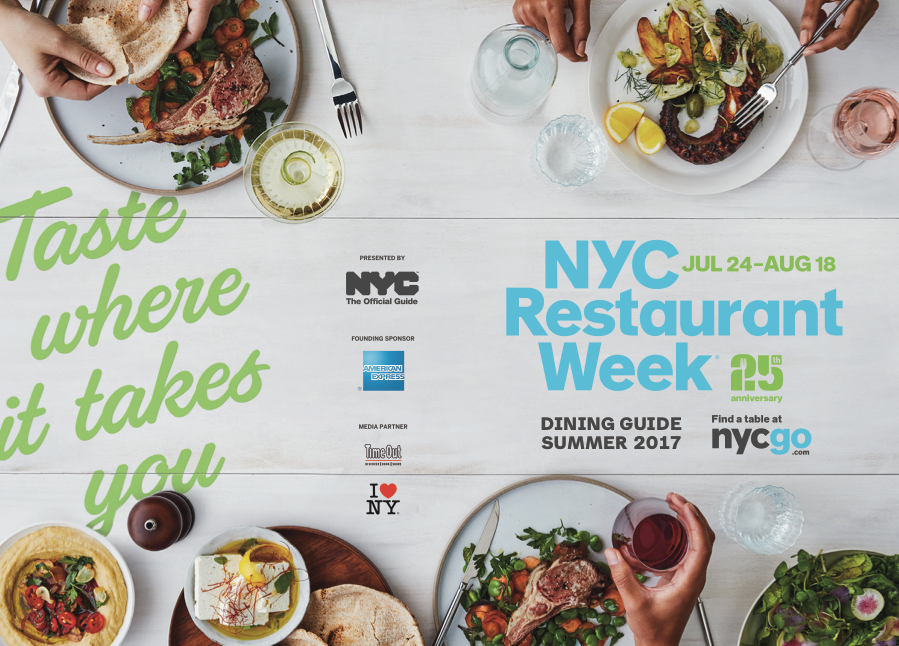 In a city that never sleeps and offers an endless amount of things to do, how did you design the campaign to ignite that sense of excitement for New Yorkers?

The Working Assembly: We wanted to really celebrate the neighborhoods and the unique aspects of dining in this city. We shot this with food photographer Bobbi Lin to capture beautiful food stories, pairing this with a handwritten type that playfully contrasted the plate.

How did you work to capture different cultures in the digital and physical platforms?

The Working Assembly: We wanted the food to be the star and the copy really helped play up the different cultures. It’s always so fun to work on shoots like this, where the digital aspects (creating gifs, playing with type on the plate) intersect with the physical props of the food and plates. 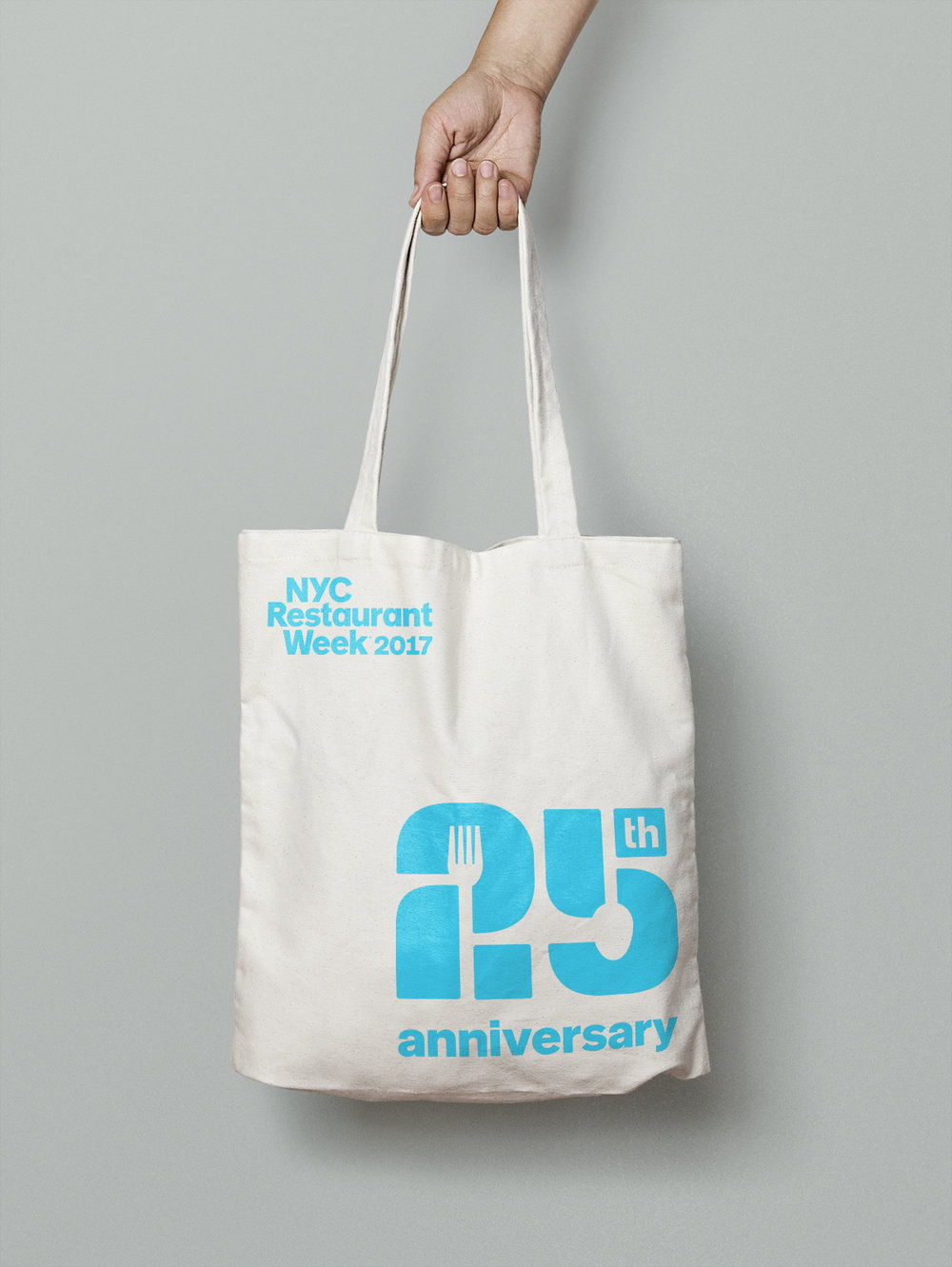 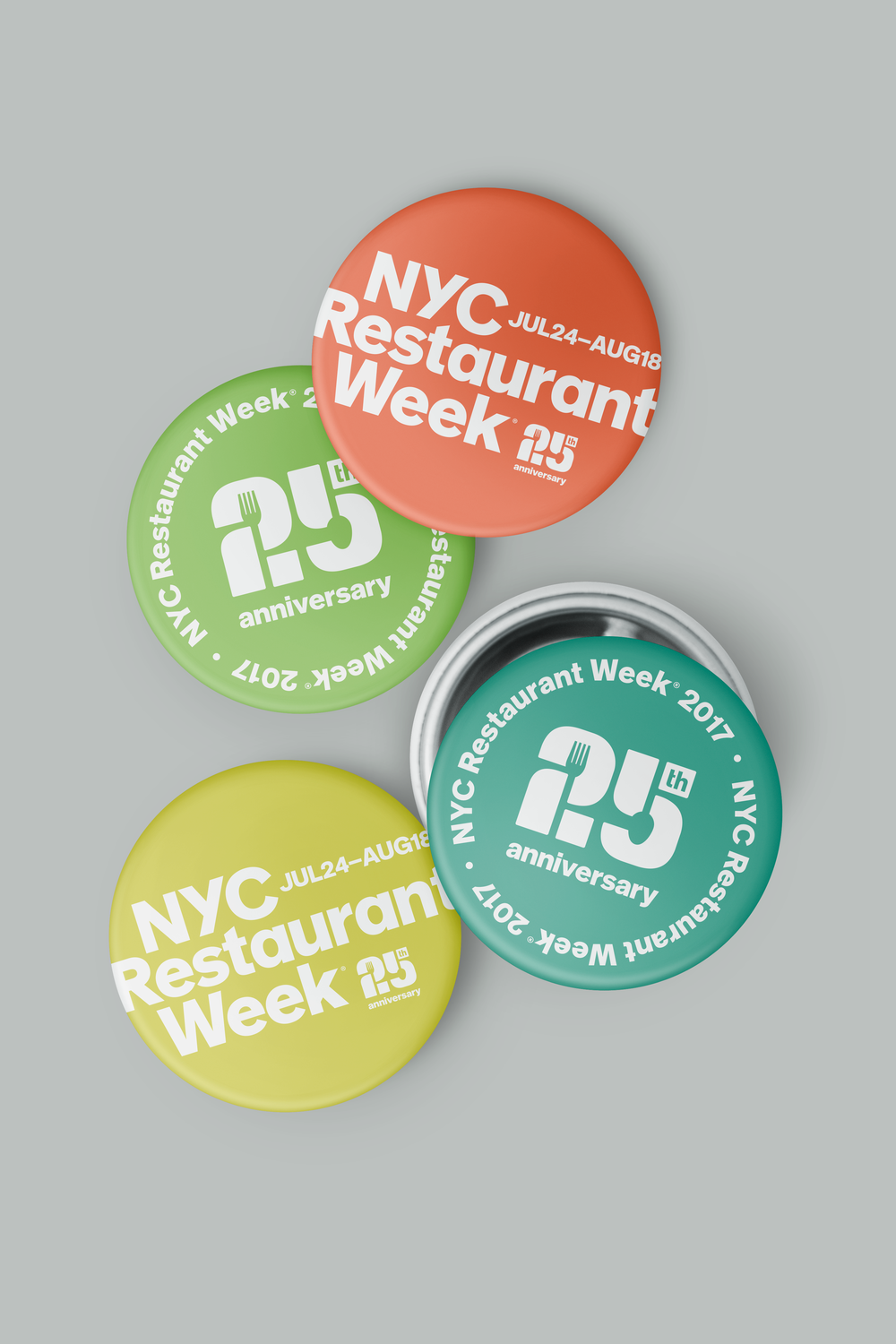 Restaurant Week is an experience. What particular considerations did you make in this project to sell something that is not a physical product?

The Working Assembly: We knew the food had to be shot well and we looked to identify a photographer who would be able to capture beautifully-lit and delicious looking meals. We also wanted the experience to feel authentic, so we created a fun scene with the dessert plates and everyone putting a fork in and then one person just taking the whole plate for themselves to illustrate the tagline “Share a cab, hog a dessert.”

How does the design celebrate New York City and highlight its diversity?

The Working Assembly: We highlighted the diversity within the cuisine we shot. We chose Mediterranean, American, Italian and Asian to showcase just a glimpse of the different types of food you can get in NYC—of course there are so many more!

What kind of a directional shift did you create for NYC Restaurant Week? How do you think this will benefit them in the future?

The Working Assembly: Something the NYC & Co team were looking for was a fresh outside perspective. They often do their creative 100% in-house, and we felt this was an opportunity to really show them a range of work that would push where the work has been. In the past, they had relied heavily on vector art and illustrations, and we wanted the food to be the star! So we suggested a photography heavy campaign. We also really wanted to highlight diversity of cuisine/offerings so we are happy they picked this concept which really plays that up.

What were some of the key elements that brought this whole project together?

The Working Assembly: One of our favorite things we got to do for this project was create the 25-year mark—which is used in all the celebration communications and event collateral. The 25 logo mark has the hidden spoon and fork which was a really serendipitous design element. 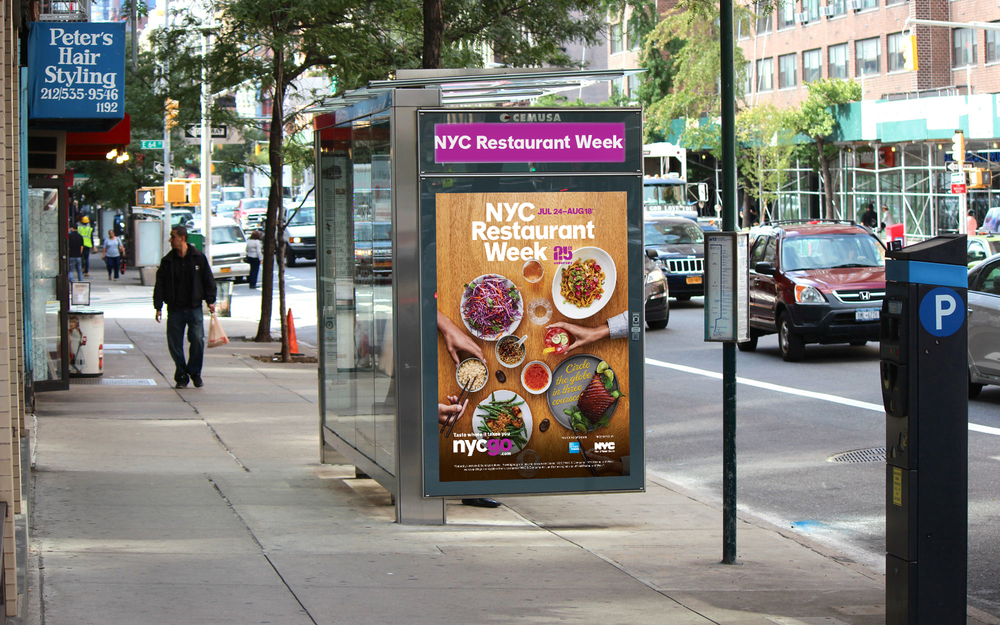 Designed by: The Working Assembly

Bessermachen has Turned Your Childhood Fairytales into Beautiful Boxes of Chocolate