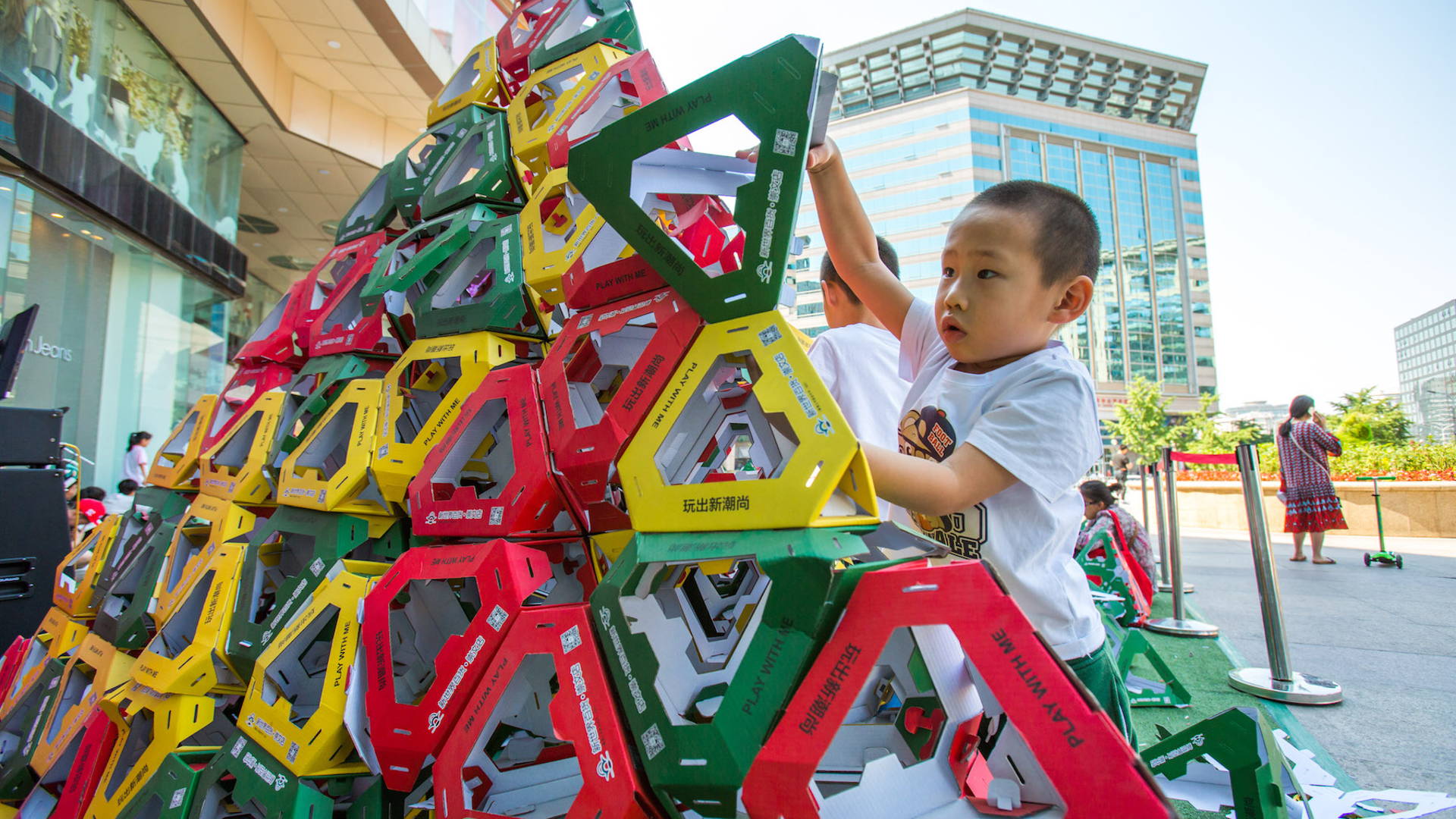 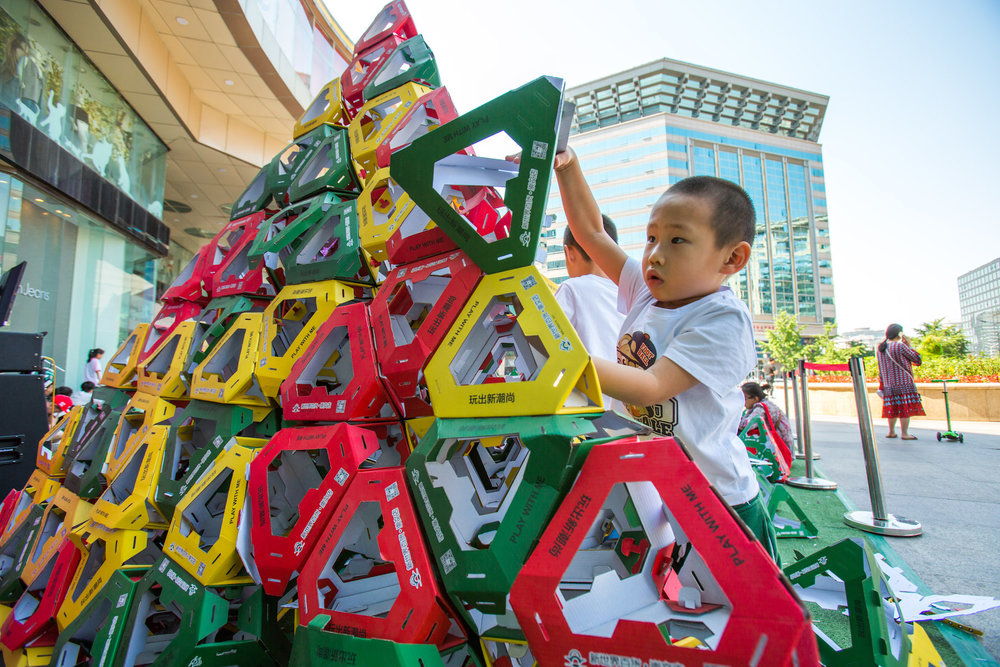 What better way to celebrate the younger generation than to provide something that is equally fun and educational? Collective Paper Aesthetics collaborated with New World Department Store in Beijing to create a place for kids to play and build, sparking their imaginations.

“While Universal Children’s Day takes place on November 20, China as former Soviet Union states celebrates it on 1 June. Children's Day in China first introduced in 1949, after the State Council dedicated a half day off for all primary schools across the country on June. The holiday has been extended to a full day since 1956.” 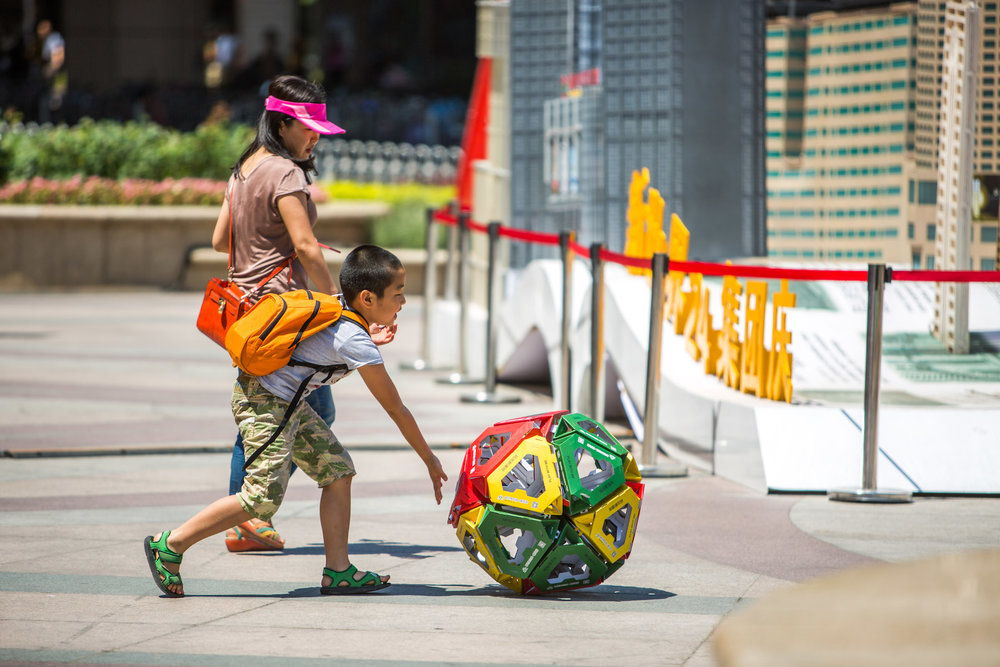 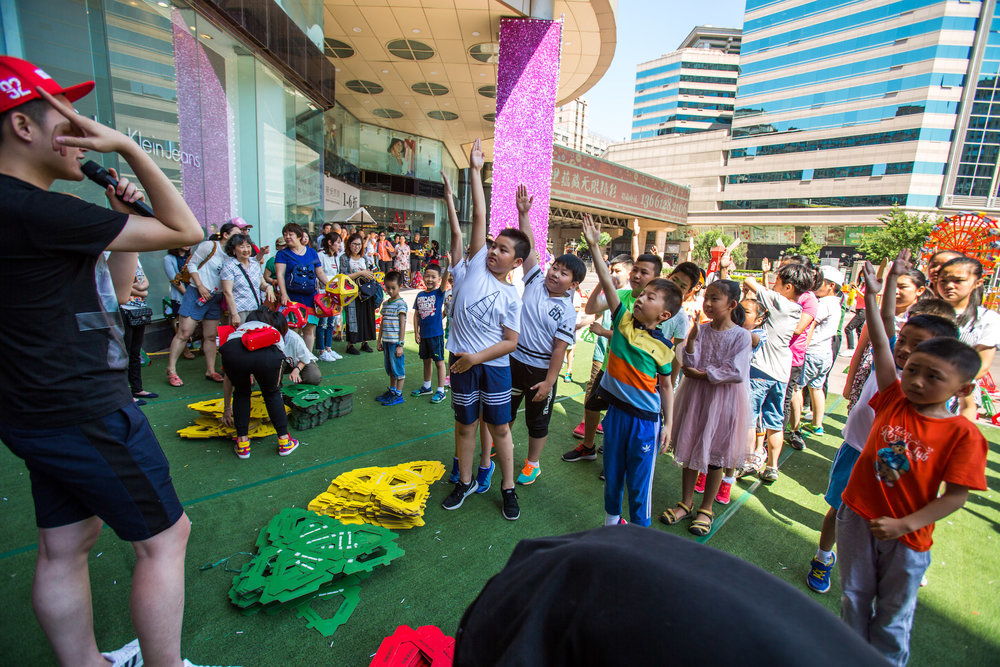 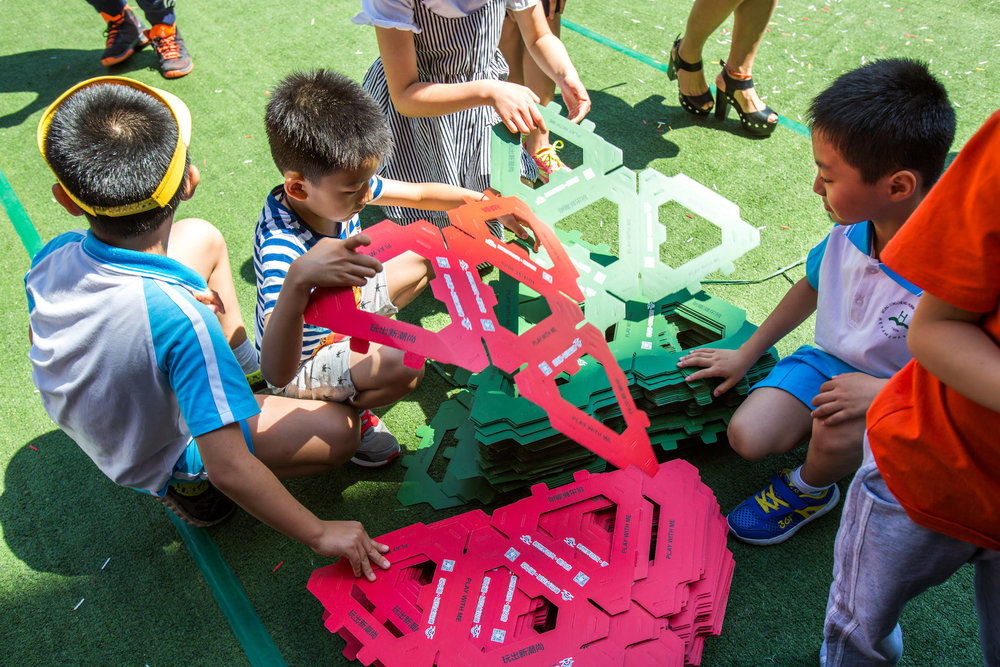 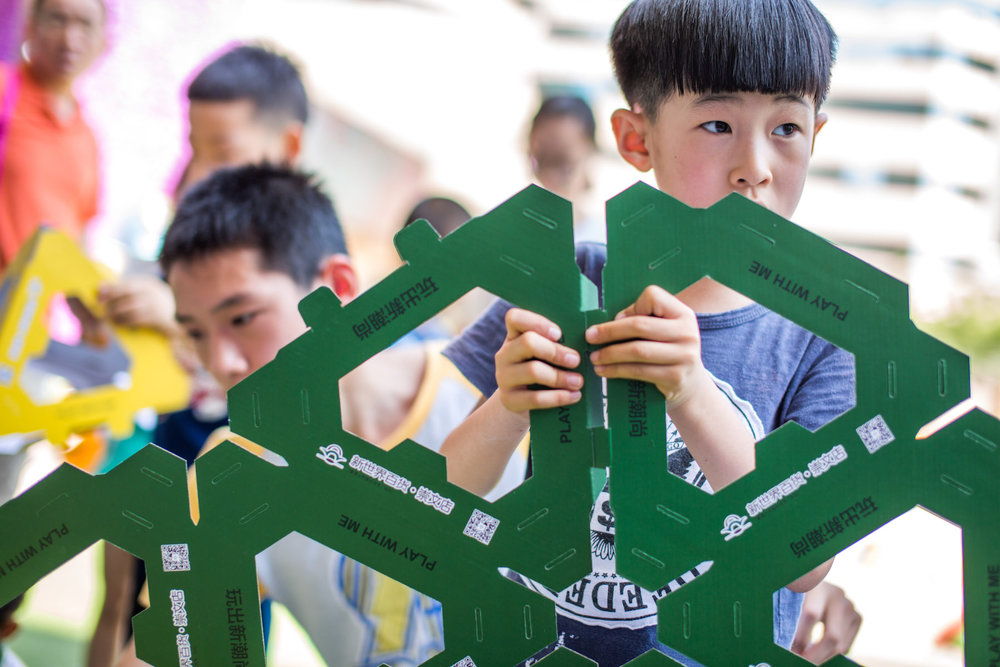 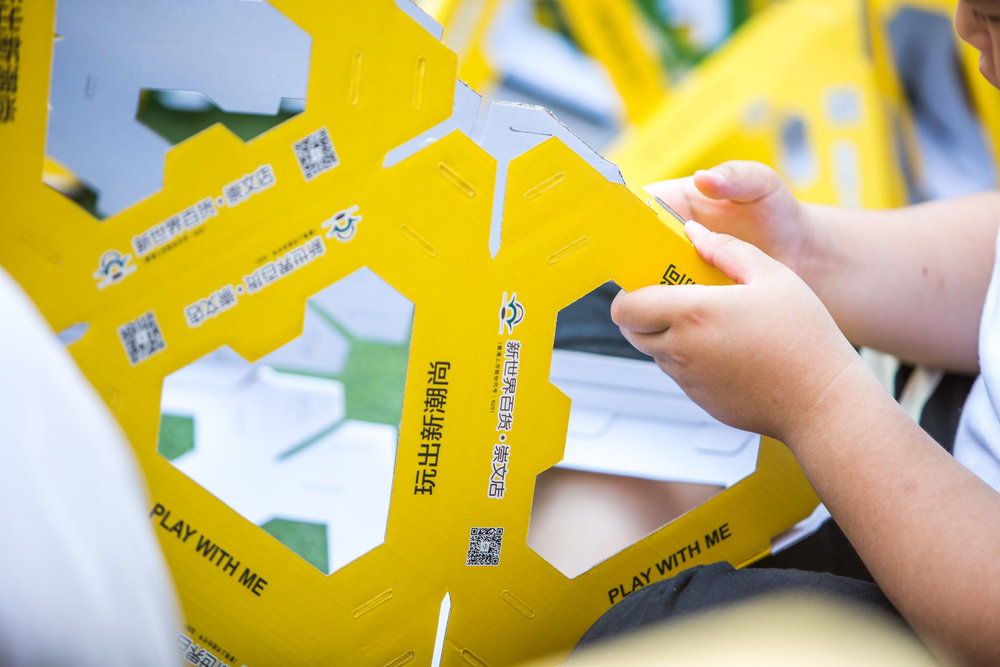 “There are no strict traditions for celebrating Children’s Day in China; some will enjoy special performances in schools while some will travel with their families to tourist attractions enjoying special discounts. Overall, public and private spheres in China regarded Children’s day as a day to appreciate the children in your life.” 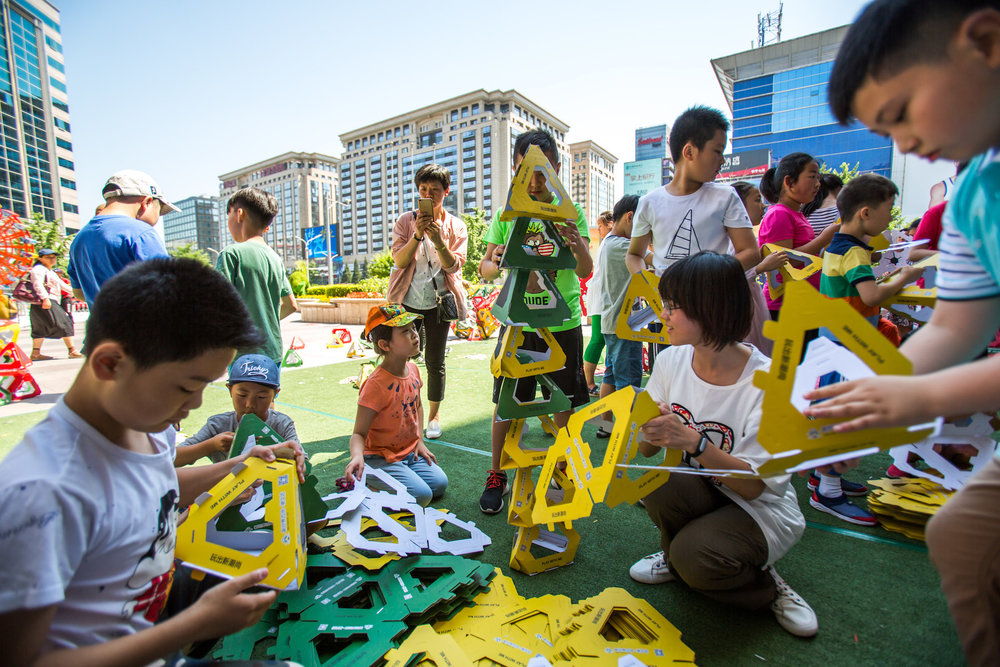 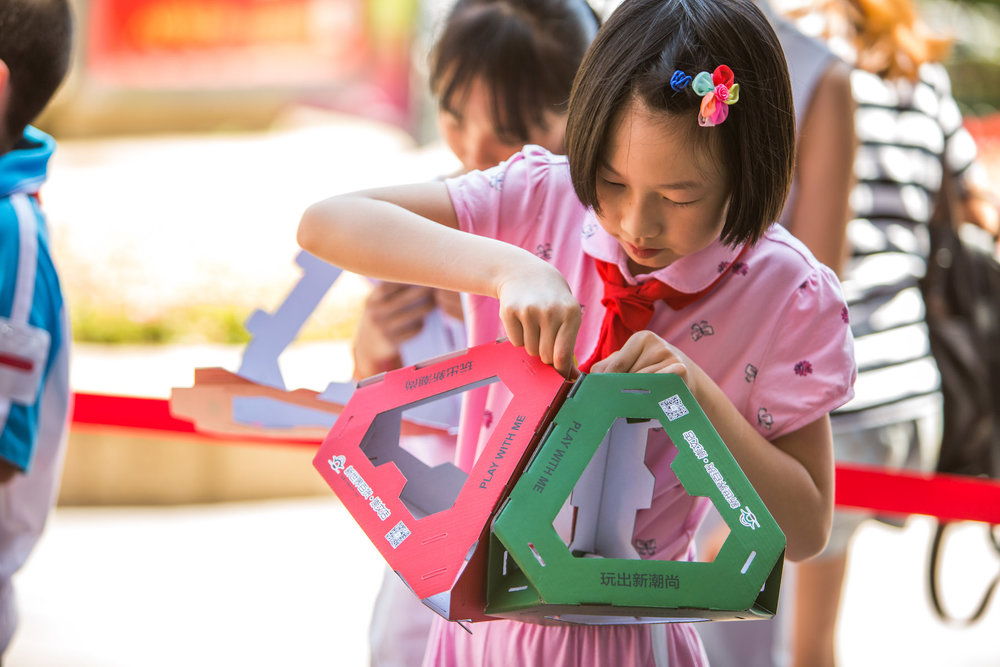 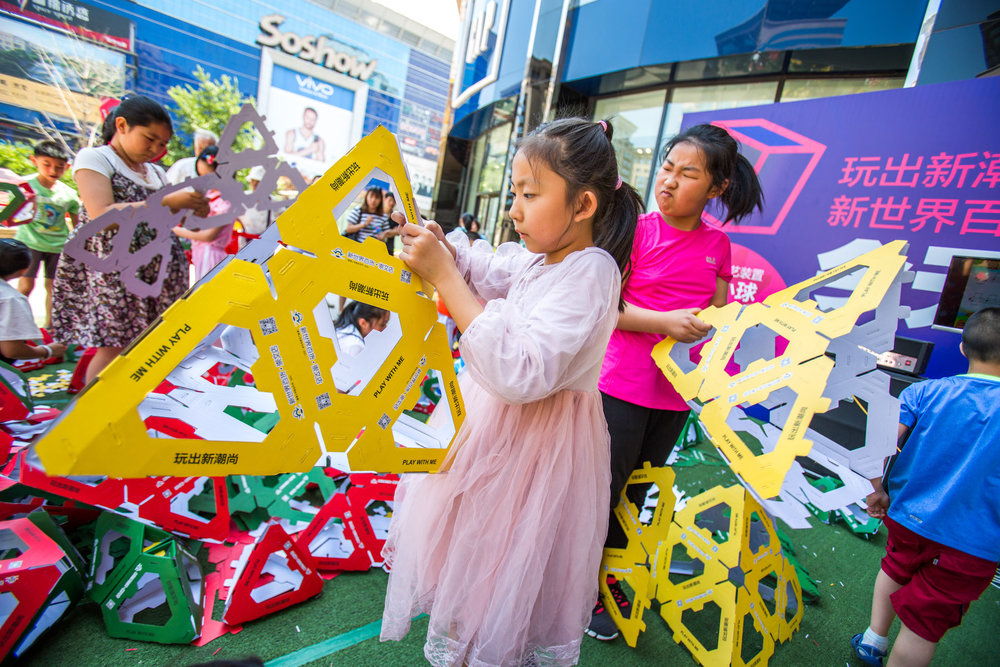 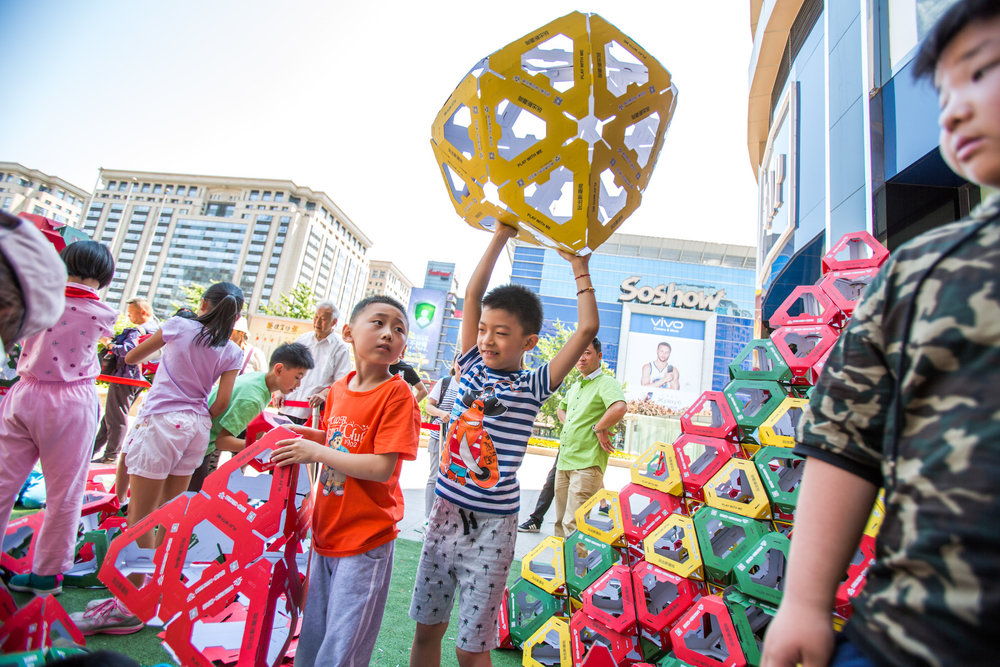 “This year, New World Department Store in Beijing invited Collective Paper Aesthetics to collaborate on designing visual merchandising and creative happening for Children’s Day made from one same building block. The visual merchandising constructed two weeks before the happening to use as temporary decoration as well as event promotion material.” 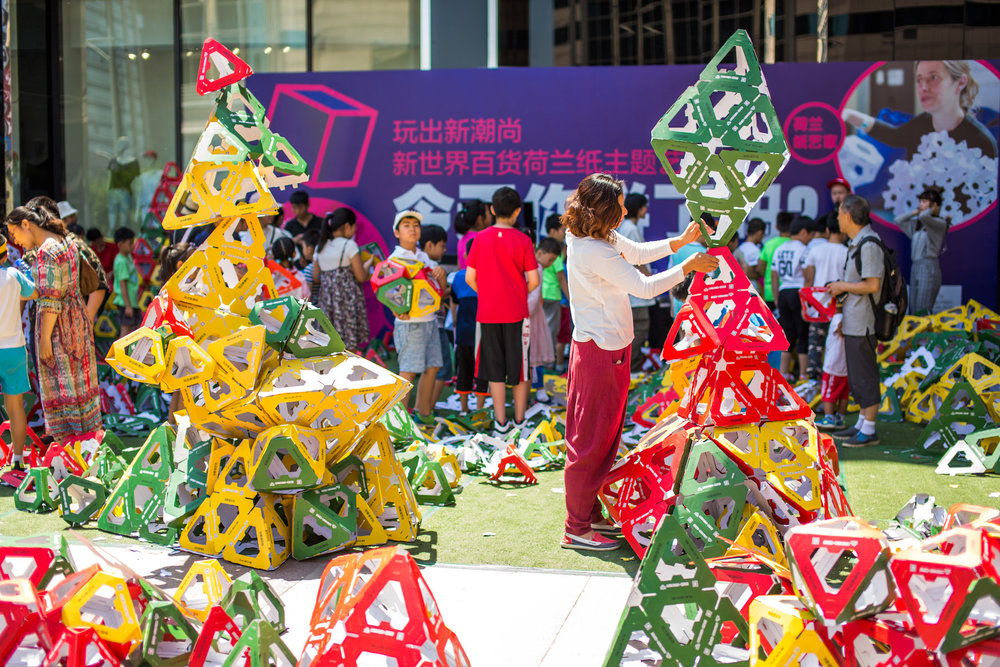 “In the early afternoon hours, hundreds of children and parents gathered at the entrance lawn to the shopping centre. Guides were demonstrating the children how to play with the cardboard pieces and organized competition between them for building the tallest structure.” “While live music played, many surprising variations of large as small-scale structures were popping up outside of the shopping mall.” 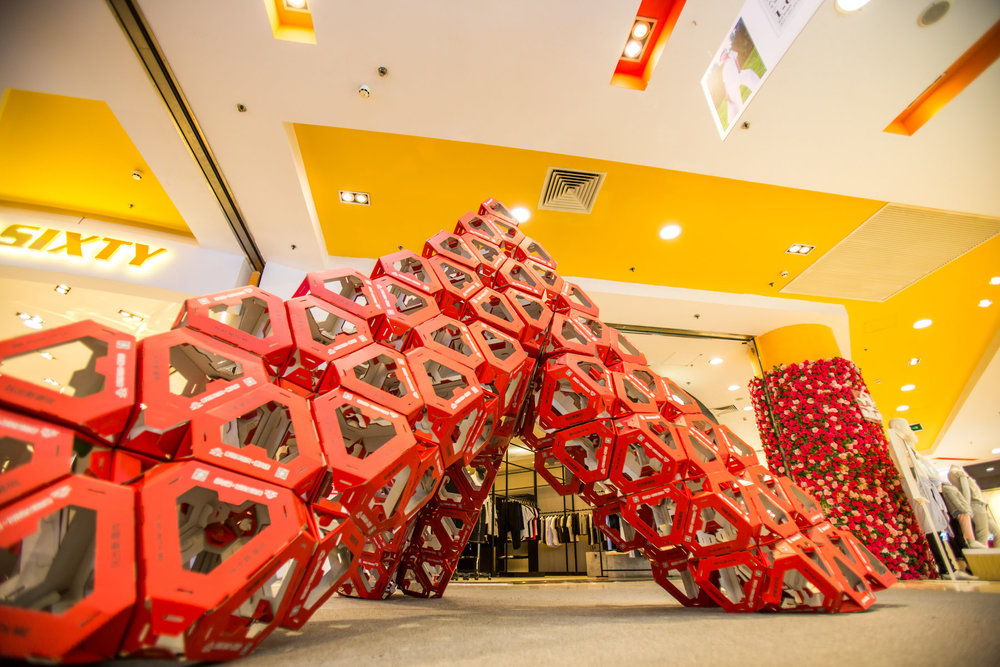 Brandless™: A New Way For Consumers to Shop for Everyday CPG Items All at $3.00