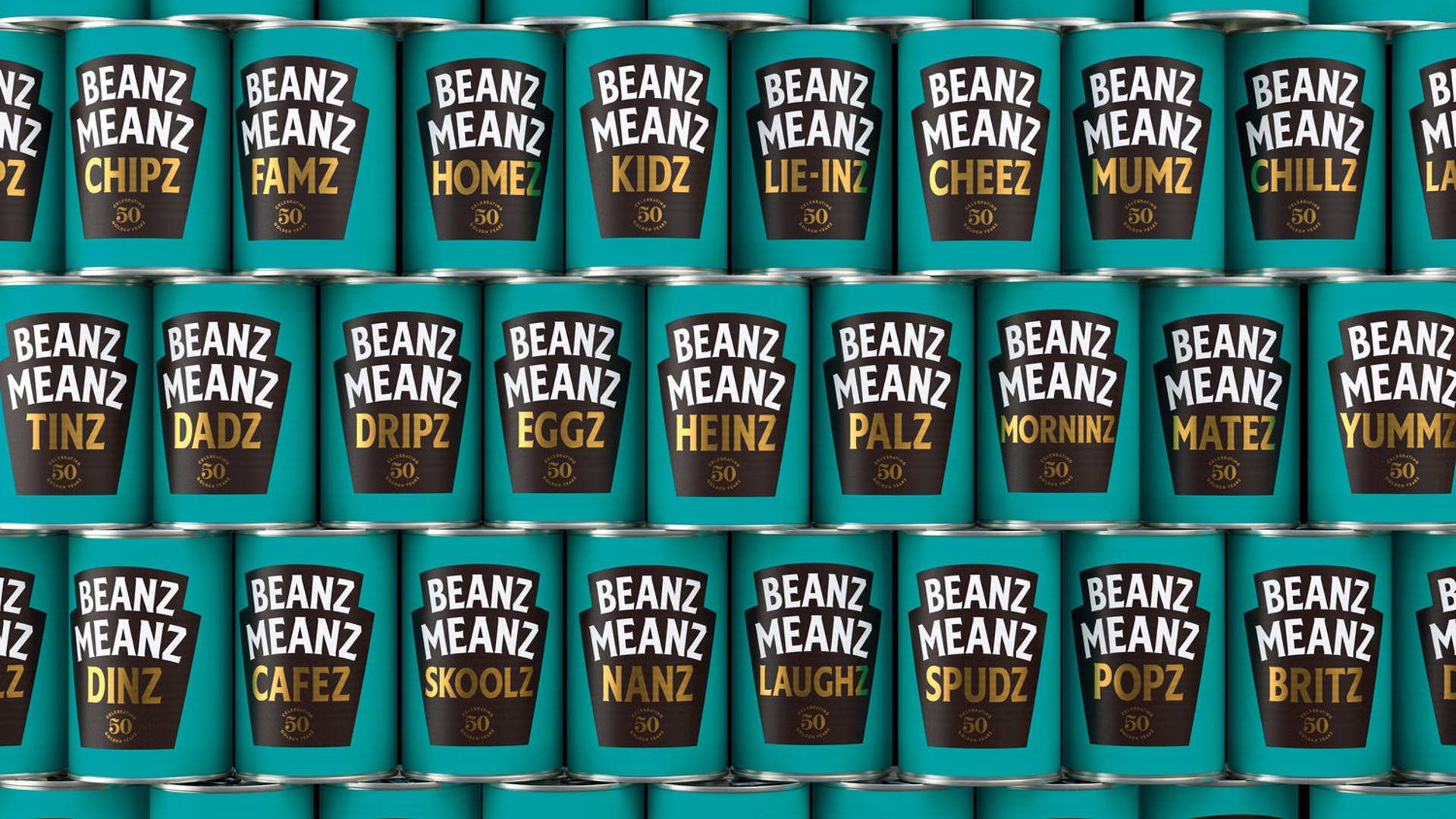 To Create these Limited Edition Heinz Labels, Designers Turned to the Original Slogan 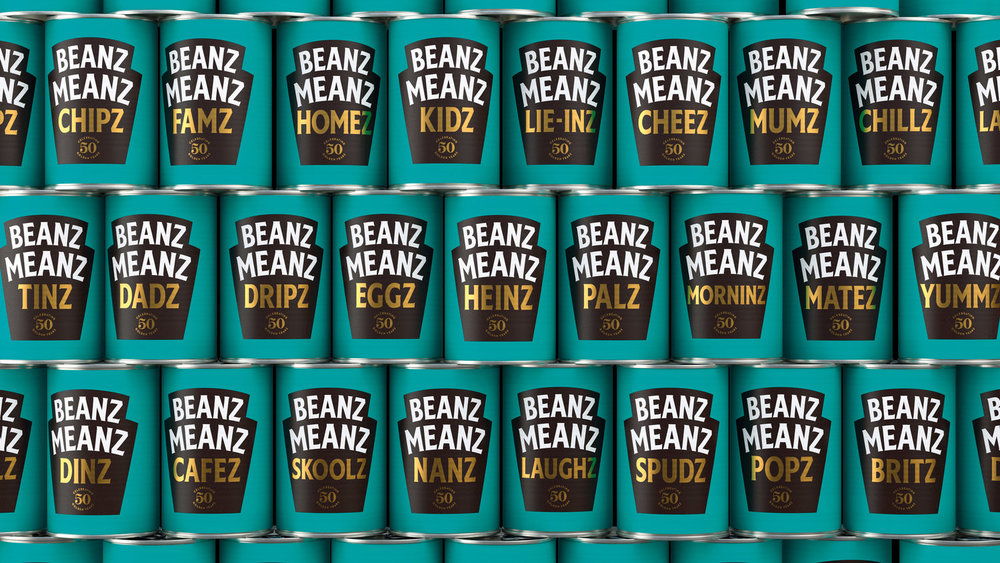 Domino’s, Budweiser, Kashi—this is just the start of the list of projects that Jones Knowles Ritchie has worked on. With offices in London, New York, Singapore, and Shanghai, they believe in helping brands grow with impeccable design, and they’re not afraid to eschew the typical and instead go after the unmistakable. Their outstanding portfolio has earned them plenty of recognition—including from the judges of The Dieline Awards. They won 6 The Dieline Awards in 2017 alone, including Studio of the Year.

How did you use the inspiration from the 60s slogan to inform the design of the label?

JKR: Although the slogan was created in the 60s, we wanted to develop something that looked towards the future. Rather than go retro, we looked at how we could make this iconic slogan modern and relevant for today and also connect consumers with a brand they love.

‘What does Beanz mean to you’ became the core idea to achieve this. We used 50 different words—everything from Famz, Homez, Kidz, Cheez, Mumz—to connect with people on an emotional and nostalgic level.

Walk us through the process of collaborating with the creator of the original slogan, Maurice Drake.

JKR: As Maurice Drake’s original slogan was central to this campaign, we wanted to ensure that he felt intrinsically part of the process. He approved all the words that were used and hand signed the 50 super limited edition version cans that honoured his work.

Maurice Drake famously penned this slogan in a Camden pub. 50 years on, JKR (whose London studio is based in Camden) went to their local pub to generate ideas for this campaign so the chosen route was born in the same way.

Why did you opt for the selected pattern and color palette and simplified design for the Heinz can?

JKR: By taking the brand’s core colours and representing them in an unexpected way, we were able to make this limited edition feel one of a kind.

As we were removing the brand name from the core can, we needed to ensure that it was instantly recognizable as Heinz Beanz at first glance. Inspired by the iconic labels of the past, we removed the everyday components from the pack and focused on the core elements of the design: the keystone, typeface and colour palette. 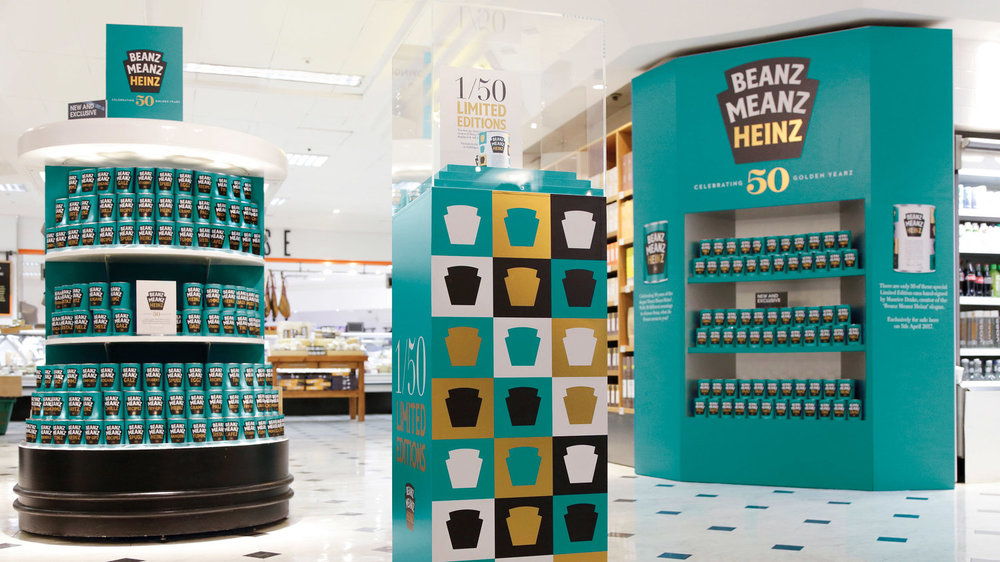 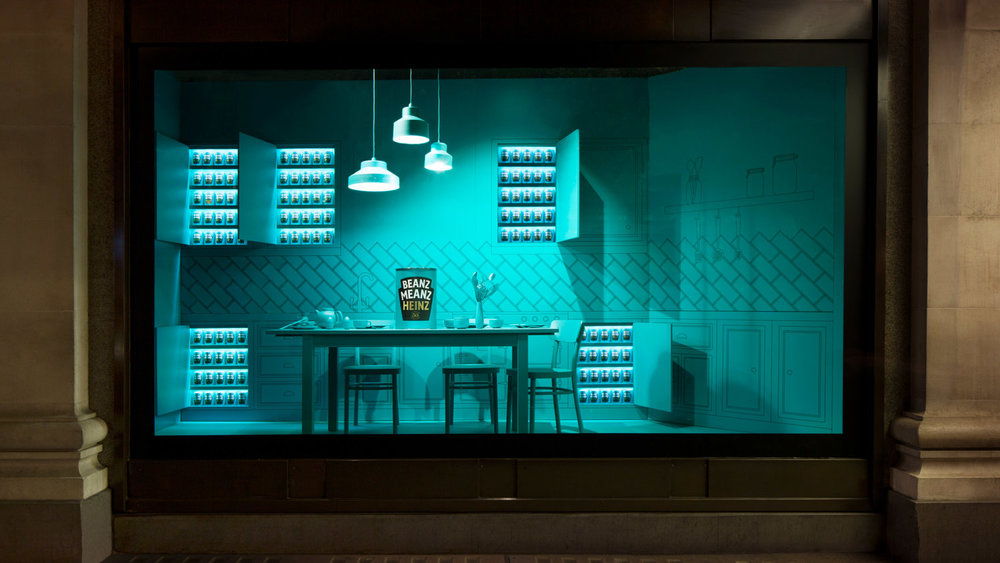 What was the biggest challenge with this particular project and how did you overcome it?

JKR: Timing was a key challenge on this project—the nature of the campaign meant we had unbelievably tight turnaround times that we were working to.

To overcome this challenge, there was huge collaboration required internally across all departments—from design, copywriting, account management, production and strategy—and with the client, suppliers and retailer Selfridges. Luckily, with a brand like Heinz, we found that people were so emotionally connected to it that they pulled out all the stops to make it work. (This even included all-nighters to oversee the installation of the window display in Selfridges)

Attention to detail was also critical—we were working across multiple mediums, with different suppliers and different materials so we needed to ensure the campaign was successful across each one. Achieving the best results and premium finishes is particularly challenging when timeframes are tight.

We also needed a brave client—which we had in Heinz. They didn’t tamper with the original concept and supported us at every stage to make this a reality.

Finally, our challenge on the project as a whole was to get the brand talked about again. We could have gone down the retro/nostalgia route but we needed something that wouldn’t place the brand in the past—we had to connect people in a modern way.

Why we picked it / why we love it:

This certainly isn’t the Heinz you’re used to in the canned food aisle. Aside from the fact that the design is delightfully retro and undeniably fun, the fact that Jones Knowles Ritchie generated their ideas in a Camden pub the same way Maurice Drake did 50 years prior makes it even more special. Collaboration was a key part in the creation process—JKR worked closely with Drake himself. And while it all started with a can it has clearly spread far beyond that, informing in-store and window displays, in turn opening up new opportunities for the brand. 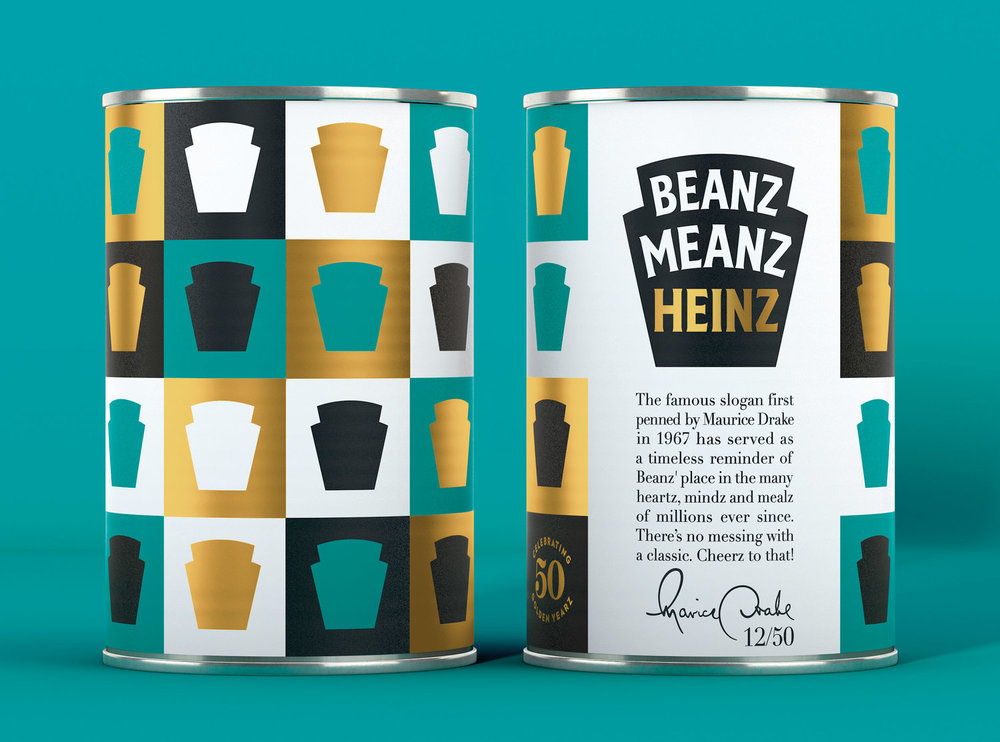 Your Packaging is your Experience, Brought out of the Store

A Fresh Perspective on the Depilatory Industry