Talk about a perfect summer drink! This delightful design from B&B studio will instantly take you somewhere tropical, and the unbranded look only gives it a stronger shelf impact. We chatted with Shaun Bowen, Joint Founder and Creative Partner, B&B studio, to find out more about how this beverage from Firefly came to be, creating an unbranded packaging design, disrupting the drinks category, and more.

Shaun Bowen: The project began with a get-together between Ryan Chetiyawardana, Firefly and B&B studio at Mr Lyan’s Dandelyan bar at the Mondrian London hotel. We chatted about everyone’s ambitions for the project, and tasted the two liquids that Ryan was developing, one of which was the final recipe chosen for Superfly.

The next stage was to articulate a design essence for B&B’s design team to work to, which was MODERN BOTANICALS. This was chosen to capture the synergy between Mr. Lyan and Firefly—their joint love of blending botanicals.

Our designers explored a variety of ways to bring the design essence to life visually, and also explored the relationship between the two collaborators from a brand identity point of view. We wanted to capture the best of both brands, without feeling the design was being led by one or the other.

We presented four initial design concepts to Ryan and the Firefly team with a clear recommendation for the route that was eventually progressed. They loved it, and we went pretty rapidly into design development resulting in final artwork that was very close to concept. 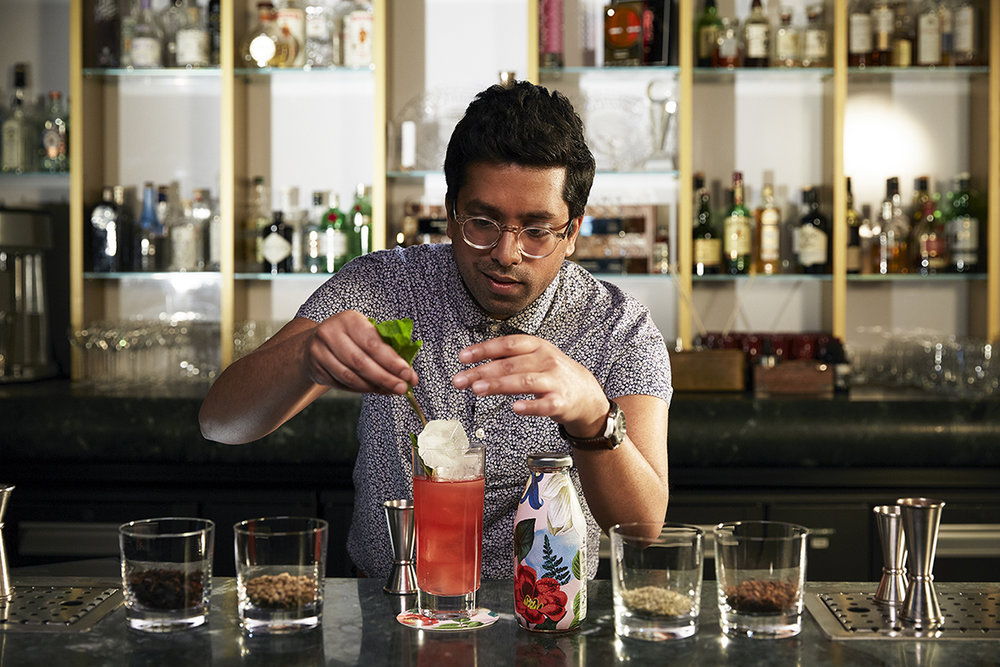 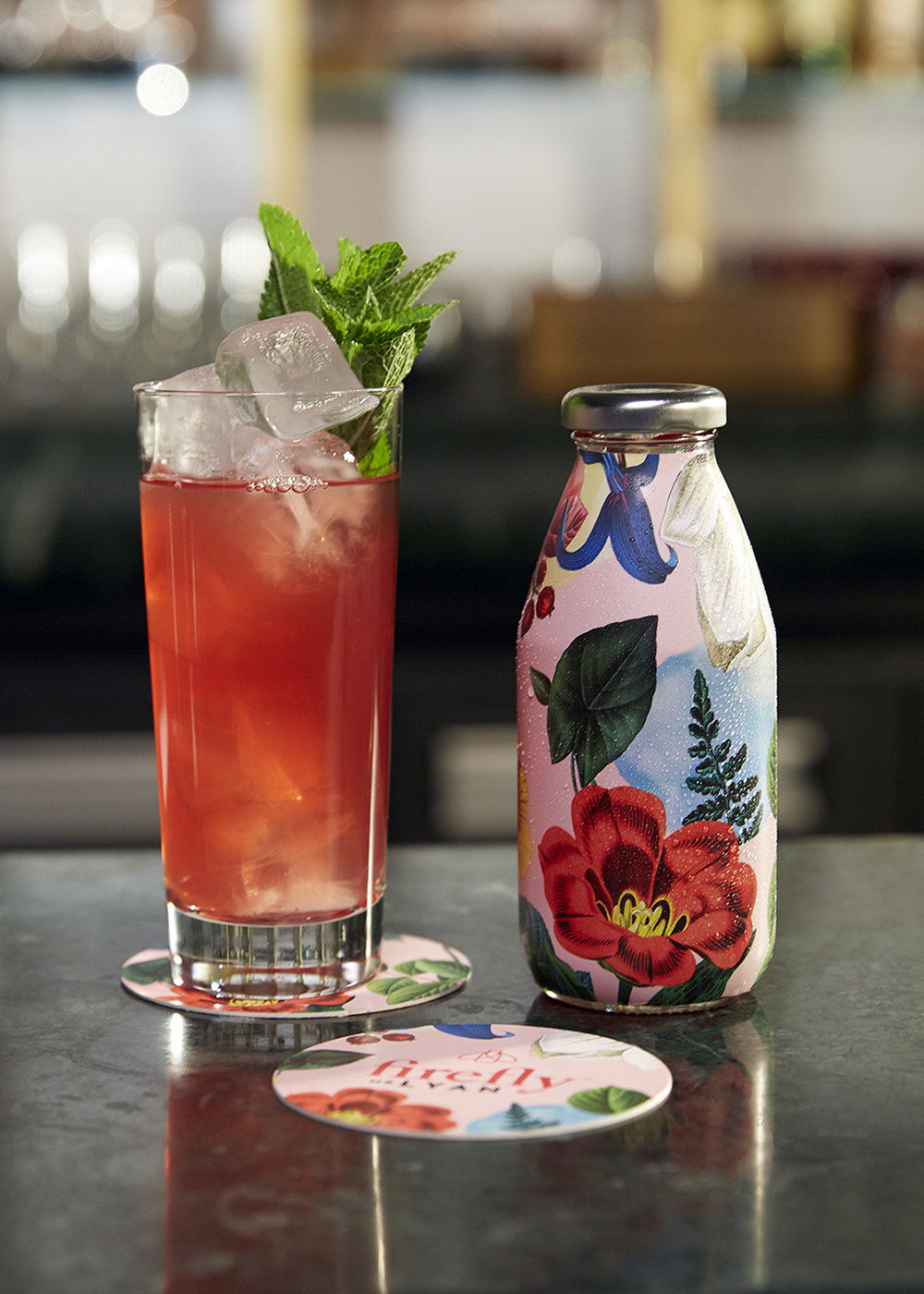 What was one of the biggest goals you set out to achieve with Superfly packaging and how did you accomplish it?

Shaun Bowen: The collaboration with Mr Lyan has enabled Firefly to make a subtle shift in emphasis from soft drinks to non-alcoholic drinks—so it was vital that we created something that felt at home in the on-trade environment. The desirability of the design reflects the evening occasion, while its bright colours pop in a bar environment. It’s abundantly clear that this is a cocktail, not a soda.

Shaun Bowen: Our goal of representing both Firefly and Mr Lyan’s brands in a single coherent design was a key challenge, and we’re really proud of how that was achieved. The unbranded front of pack was a big part of that, as it prevented the product from being labelled as another Firefly variant, while the distinctive bottle shape kept Firefly’s presence intact. The focus on brightly coloured botanicals enabled us to stay relevant to the truth of each brand, while the illustrated ingredient that is a feature of all Firefly drinks was redrawn in Mr Lyan’s style, effortlessly blending the two brands together. 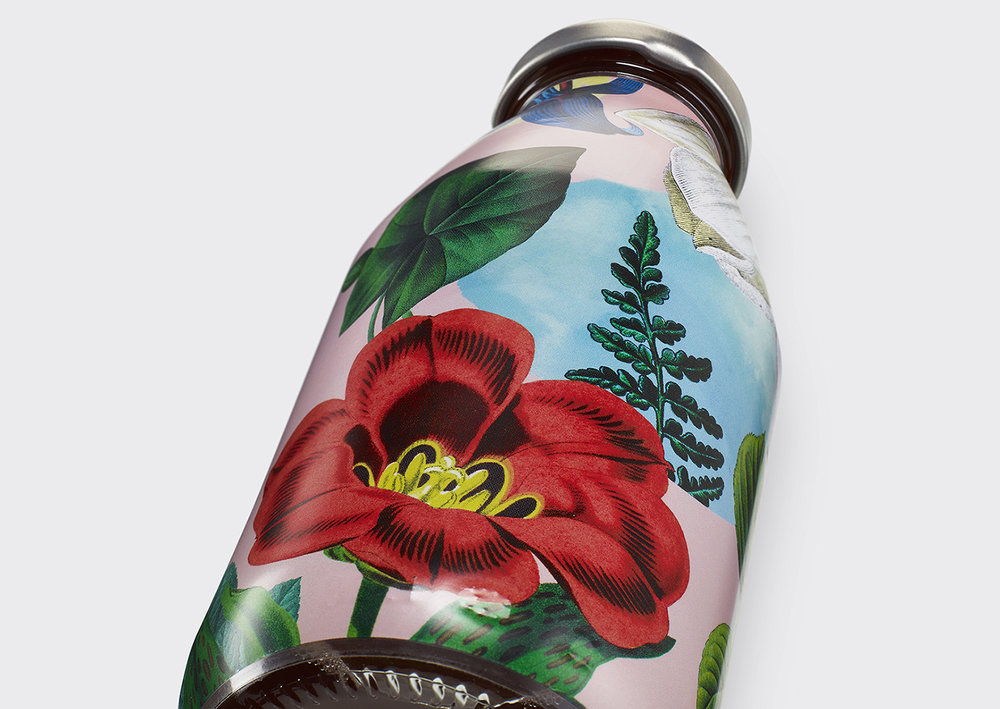 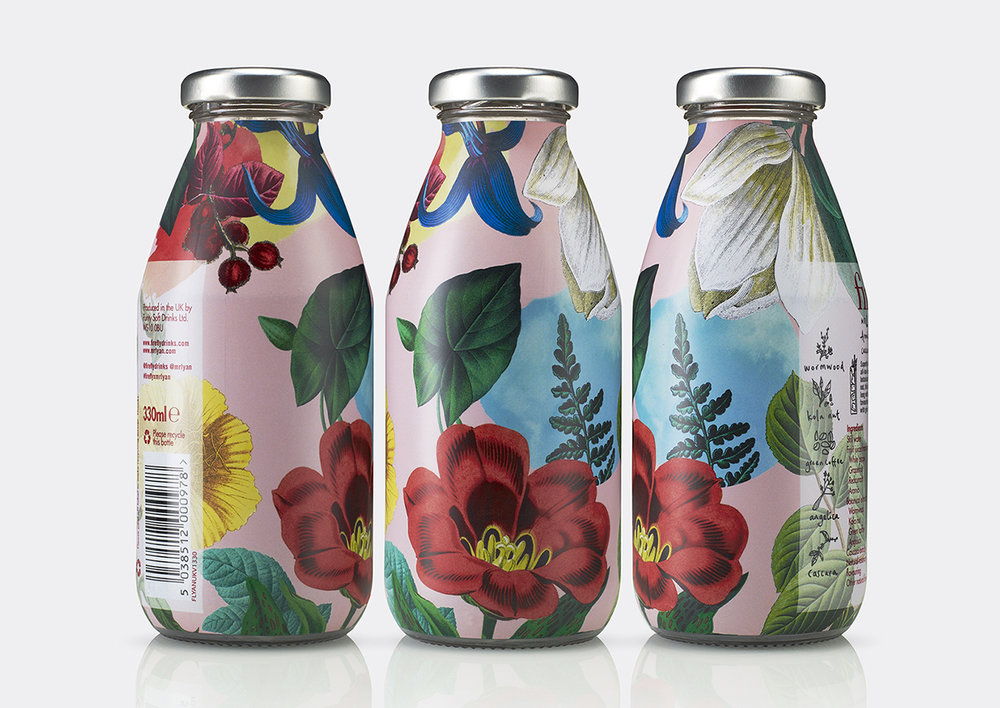 How did you create an unbranded package that would still clearly communicate to consumers?

Shaun Bowen: We weren’t really trying to ‘clearly communicate’ to consumers, we were trying to attract their attention, create intrigue and drive desirability the unbranded bottle is all part of that. Of course, we also wanted to express the taste of the drink and its botanical ingredients, which the illustrations do perfectly. We banked on the shape of the bottle being enough to place the design comfortably within the Firefly range as well as help trigger consumer recognition over the longer term. 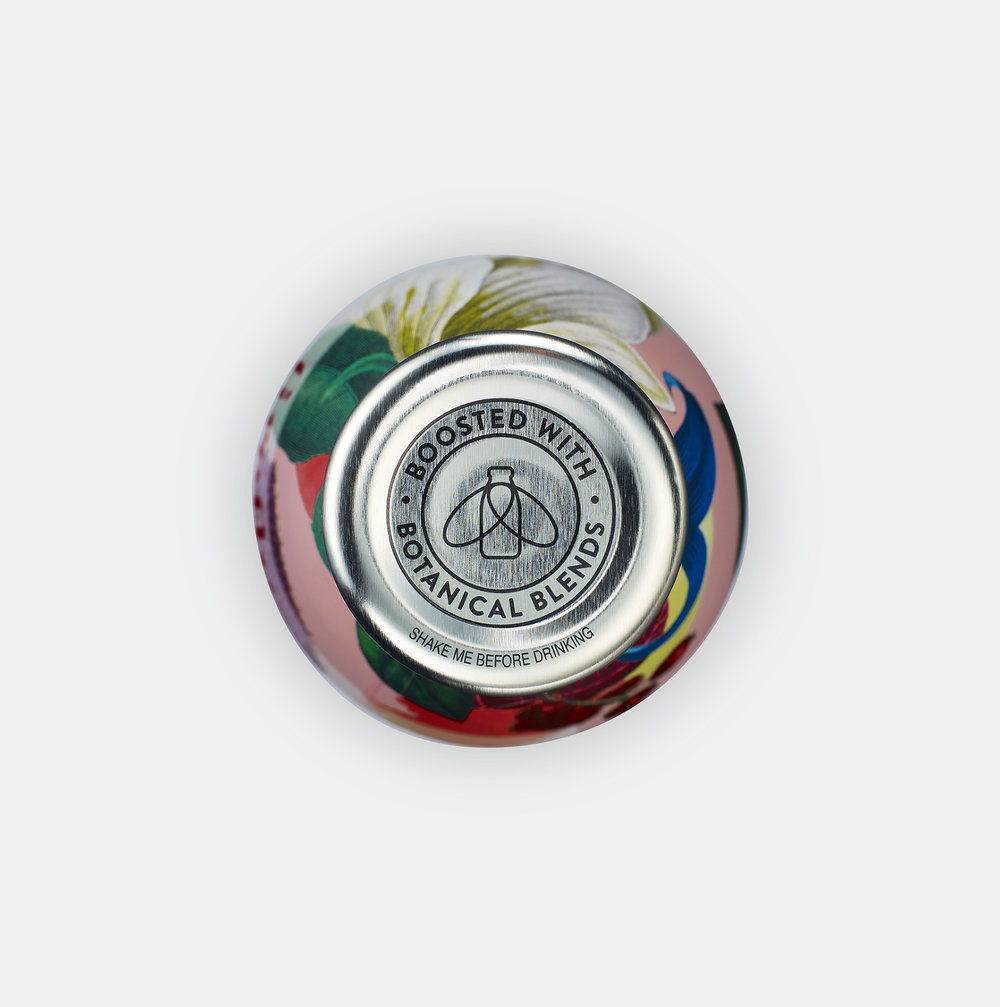 By doing an unbranded design for Superfly, how did you select the elements that you did end up including (like an image on the top of the cap, for example)?

Shaun Bowen: The elements we included from the Firefly visual identity felt like just enough to anchor the brand without overshadowing the collaboration with Mr Lyan. It was more about two brands coming together than a famous mixologist creating a recipe for Firefly. The bottle shape and the bottlefly icon that features on the lid and bottom of the bottle are core Firefly equities.

Shaun Bowen: We’re proud of the overall level of beauty we were able to achieve with the design. It lifts the soft drinks category to something more in keeping with a premium bar environment and results in a piece of packaging you simply don’t want to throw away.

Shaun Bowen: It’s always a mistake to underestimate the bravery of your client. If you want to show them something challenging, then do it. Don't dilute an idea at the first presentation because you’re worried they won’t go for it – there’s always plenty of time to water it down later. 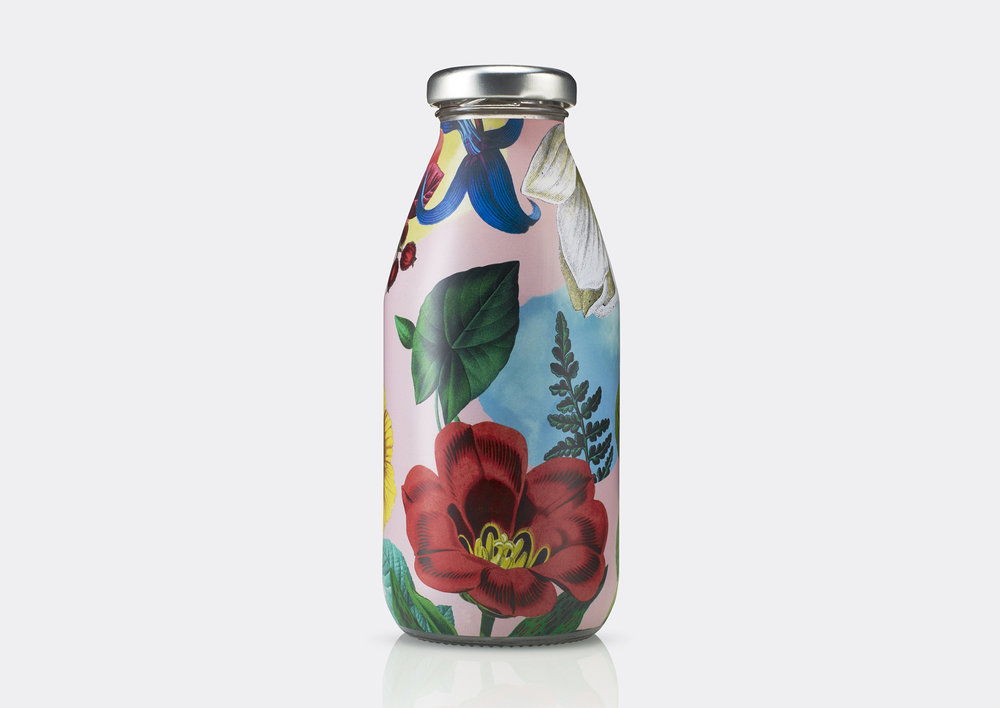 This Wine Comes With a Quirky Illustration