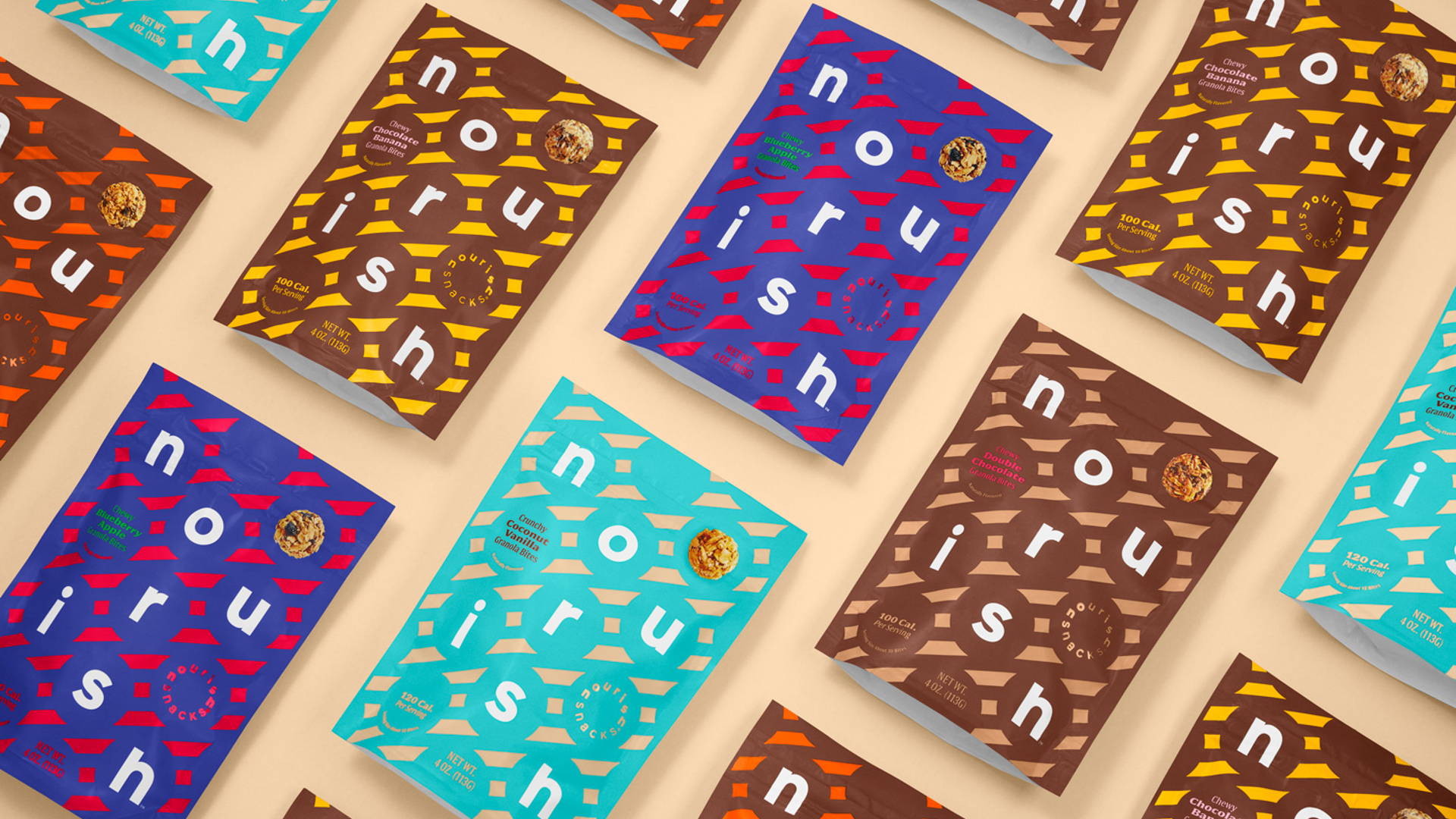 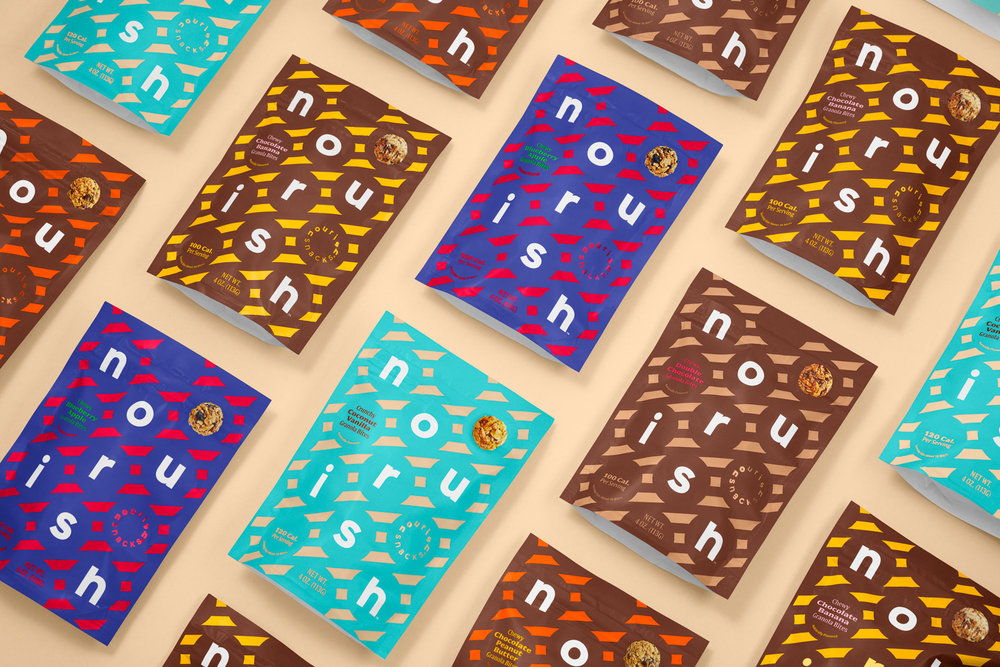 Collins has come out with the exciting redesigned packaging and branding for Nourish, the healthy snack line from author and nutritionist Joy Bauer.

"Three years after launching Nourish, her own line of healthy snacks, Bauer has decided it’s time for an overhaul. The new and improved Nourish—better recipes, a new look for the packaging—makes its official debut today.

"Nourish had already carved out a piece of that market, but the brand had been launched principally for online sales. Now that it’s competing in the grocery aisle, clamoring for attention with more established names, the challenge for Nourish will be differentiating itself from the zillion other choices out there.

That was one reason Bauer had her brand’s packaging completely redone. Most snack-food containers follow the time-worn strategy of slapping a huge brand name on the front along with a (usually idealized) photograph of the food. In fact, that’s pretty much the approach Nourish took when it first launched in 2014." 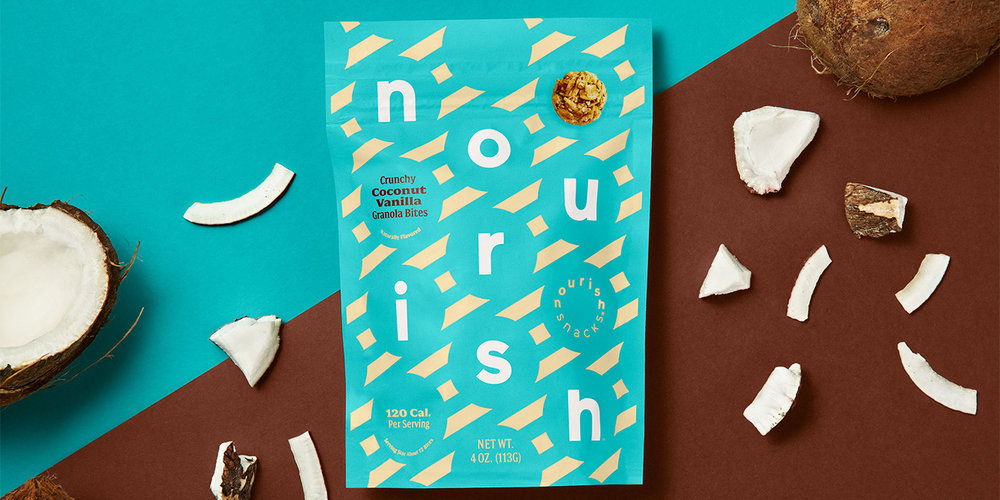 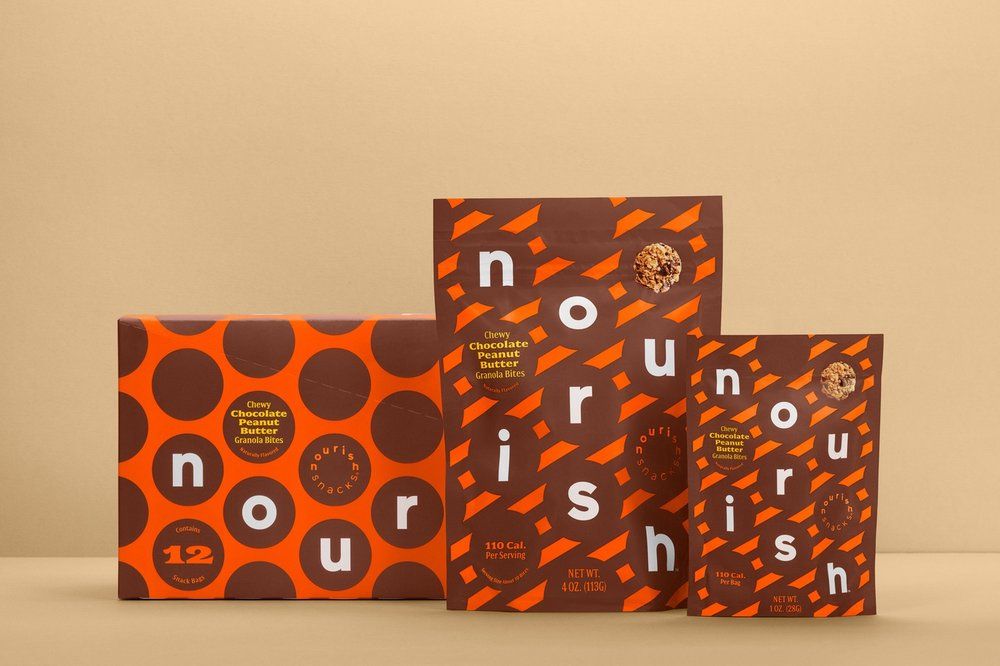 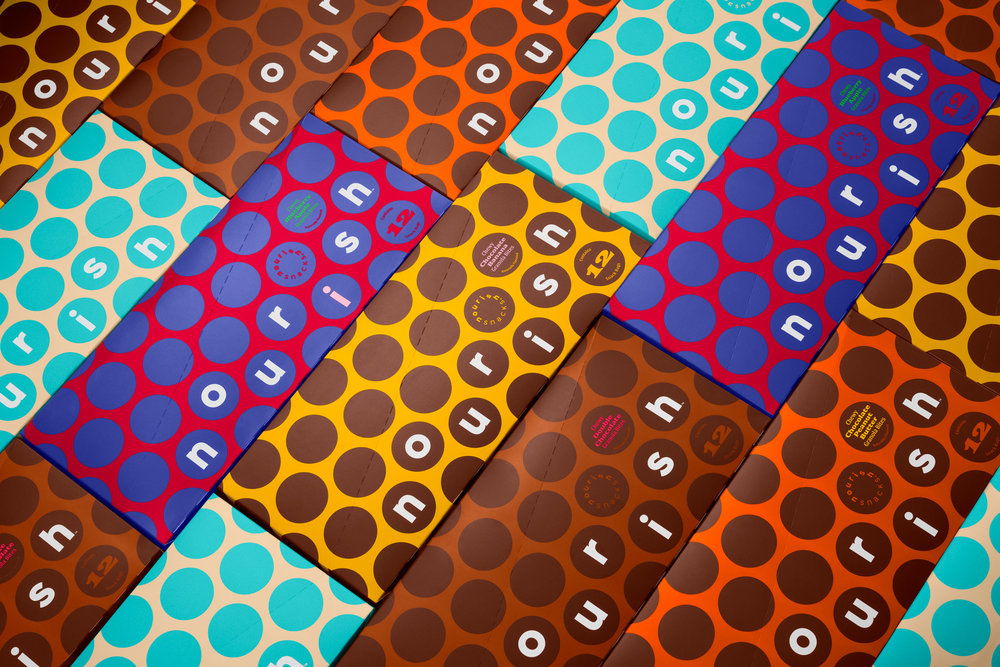 "This time, the brand threw out the rule book in favor of a design that looks like a melding of carnival signage with 1970s TV game-show set, heavy on the browns and oranges, with the letters spelling 'Nourish' each sitting in a circle floating above a field of stripes. (There is a photo of the snack on the front, but it’s very small.) The snack bag is the work of legendary graphic designer Brian Collins, whose client list includes the likes of Nike, Google, Chobani and Facebook.

'The crazy, bold diagonals on the front of of the Nourish package are inspired by the colorful stripes on snacks sold at the circus—popcorn, peanuts, cotton candy,' Collins explained. 'All those striped containers held the promise of fun and delight.'” 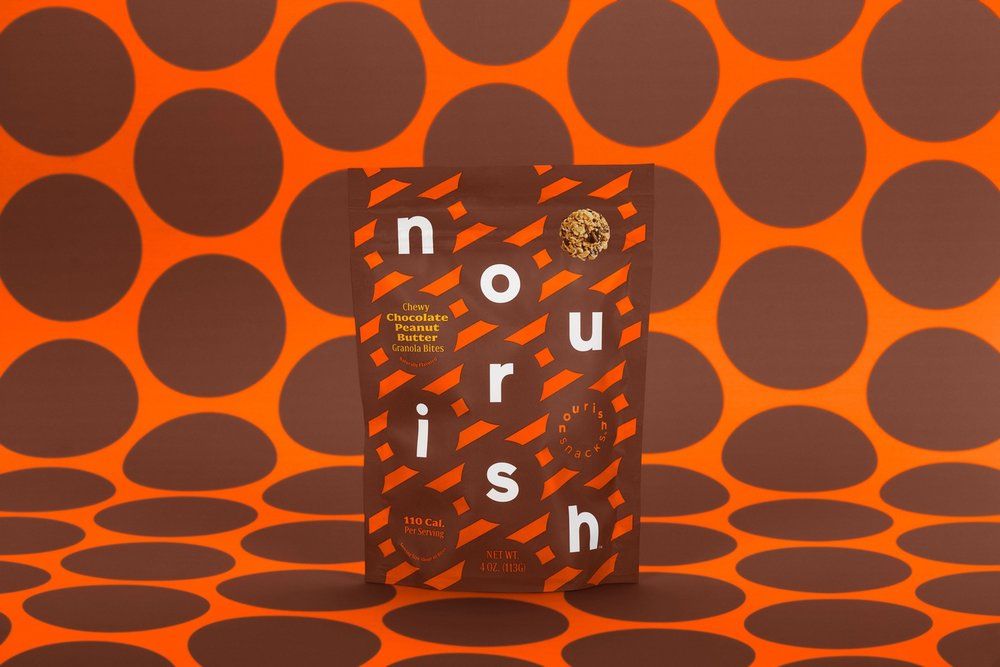 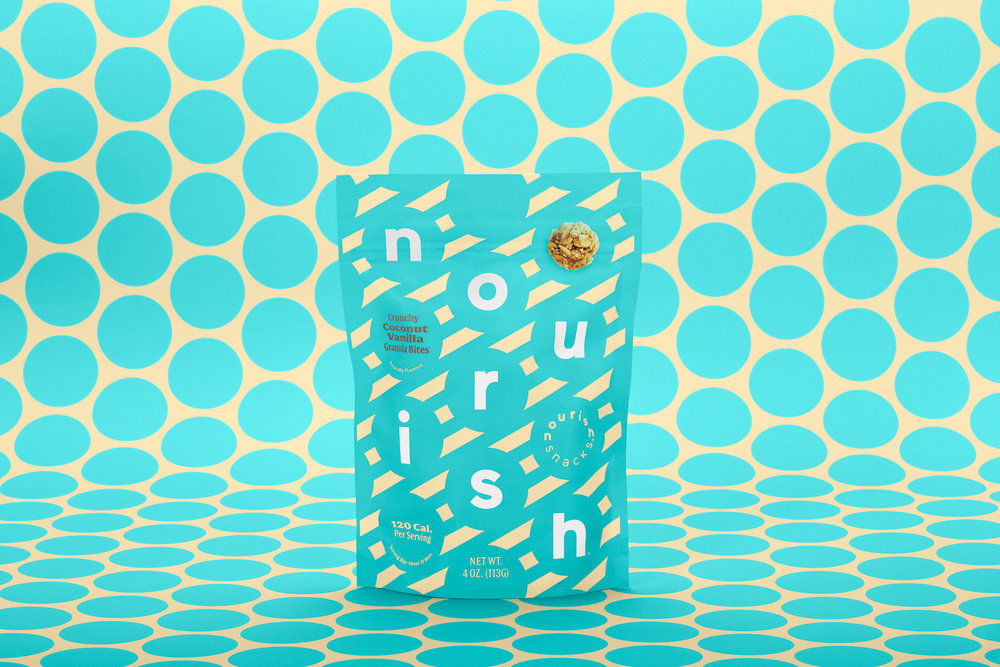 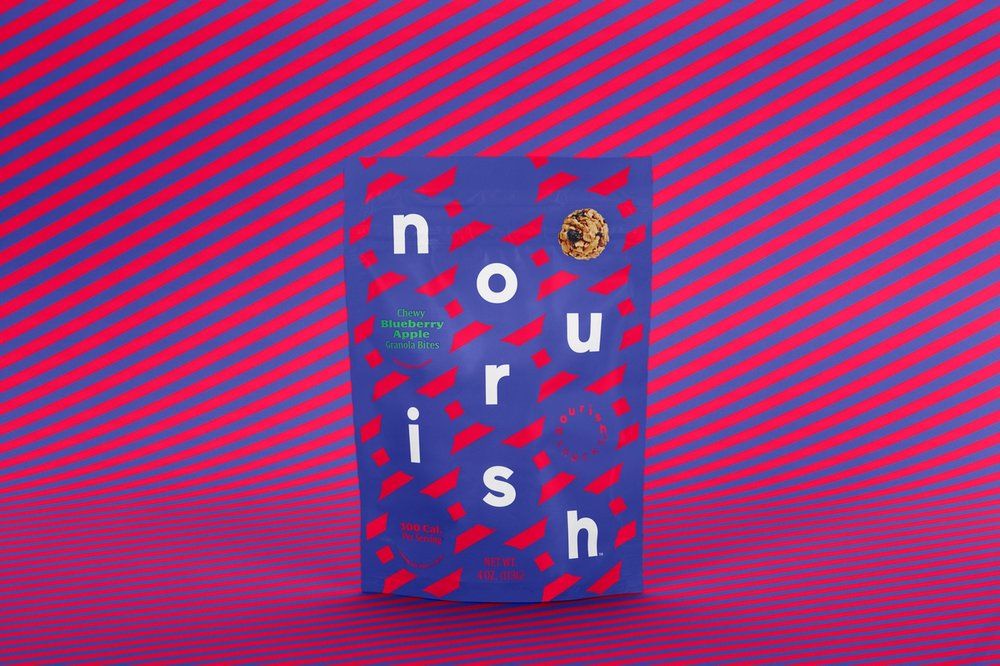 "Collins borrowed that 'whimsical language of snacking' to use it where shoppers would least expect—on a treat that’s not bad for them. In broader terms, however, the packaging simply looks different from any other bag of snacks on the shelf, and that was the primary aim. Ideally, Collins said, the package should be able to catch a shopper’s eye from 15 feet away, 'creating a sense of aesthetic arrest at a distance,' as he put it." 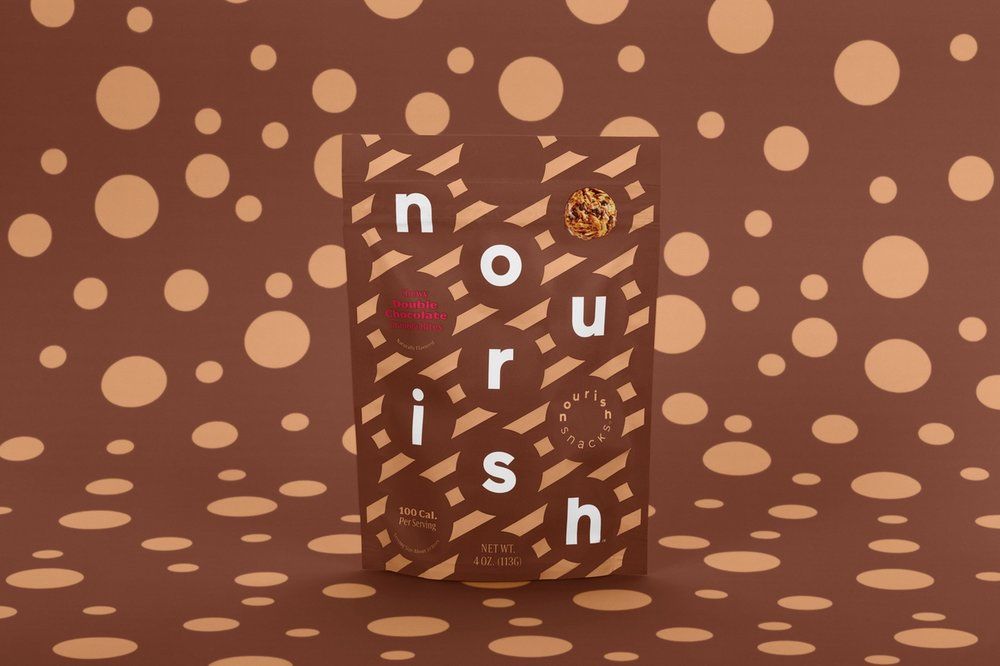 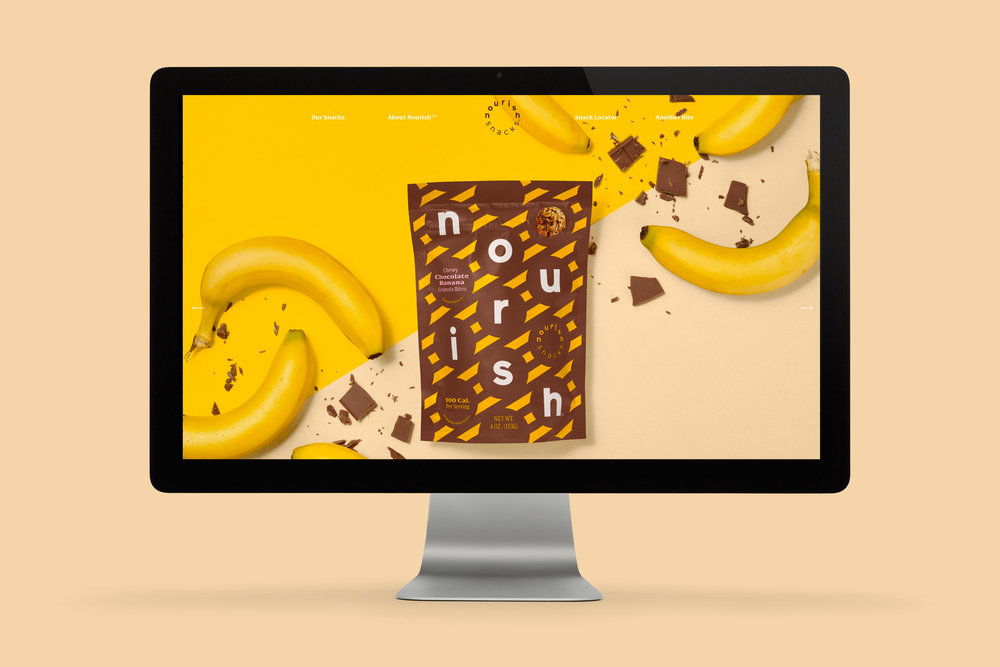 "Another notable feature of the bag is that Bauer’s name doesn’t appear on the front. It’s on the reverse side (and without a photo), a seemingly unorthodox move for a brand originally built on the strength of Bauer’s reputation. According to Nourish CMO Jason Harty, the thinking wasn’t only to keep the emphasis on the product, but to achieve a safe distance from the sprawl of celebrity-driven brands. Though Bauer is 'the heart of the product,' shoppers are 'jaded' when it comes to celebrities selling them things, he said. 'Consumers have [come to] look sideways at endorsements. Our first foot forward is the food.'

'I didn’t want Nourish to be Joy Bauer,' Bauer added. 'I’m a huge part of the brand, but we did feel the brand should stand on its own.' Shoppers, she said, 'are getting smarter. And they see through these nonsense celebrity endorsements.'" 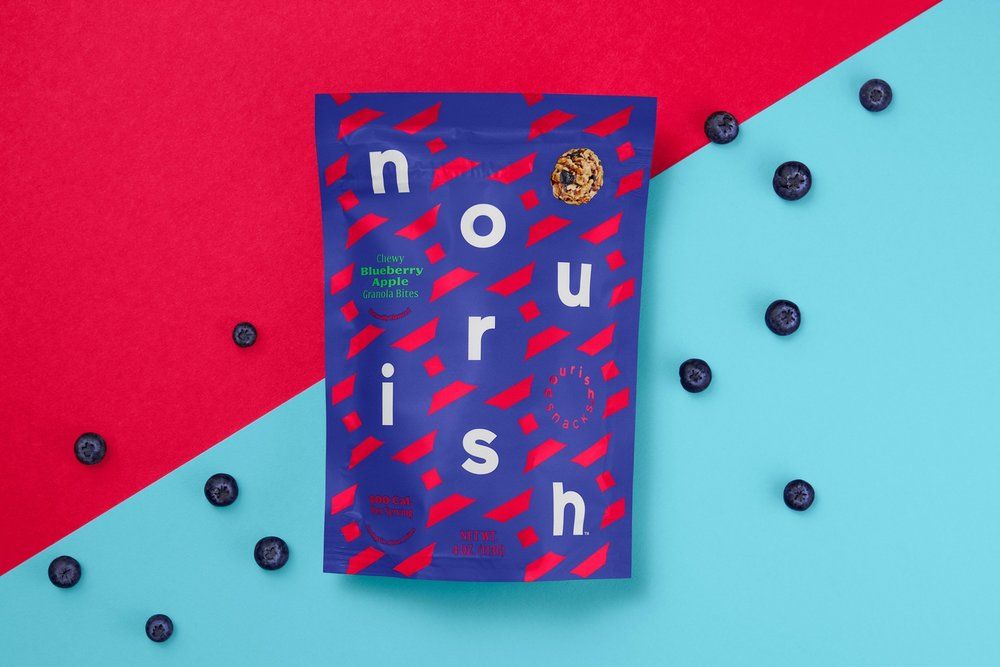 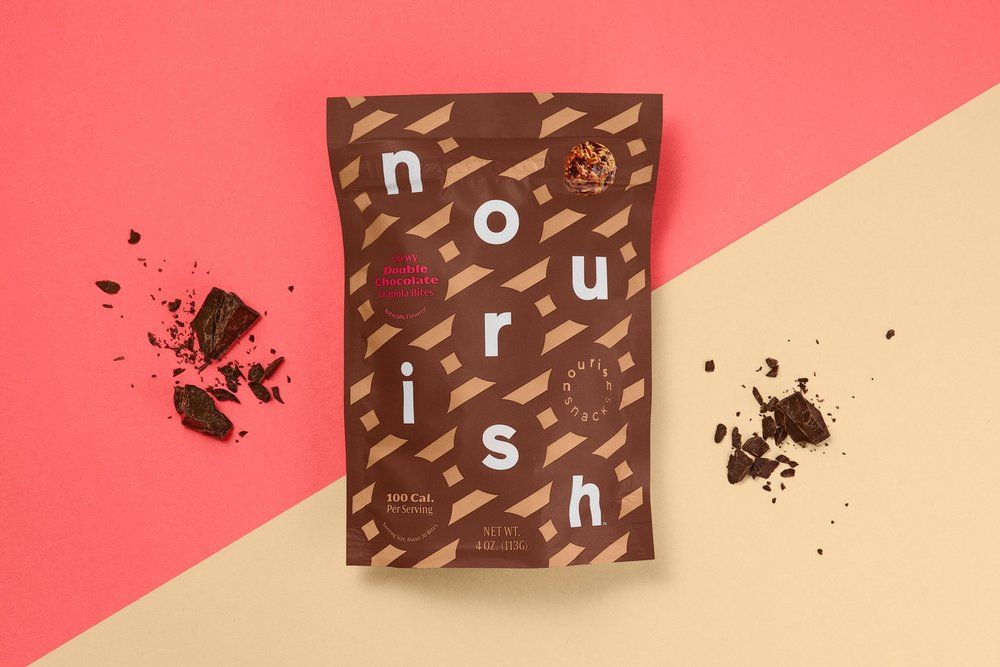 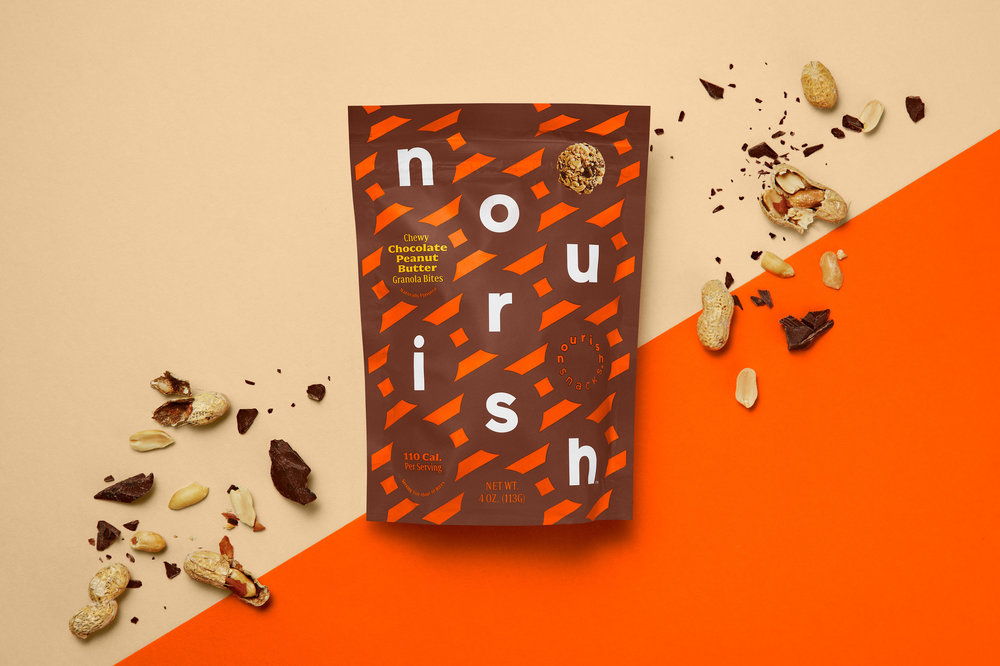 Cheers to this Radical Rebrand for Butcombe Brewing Co.