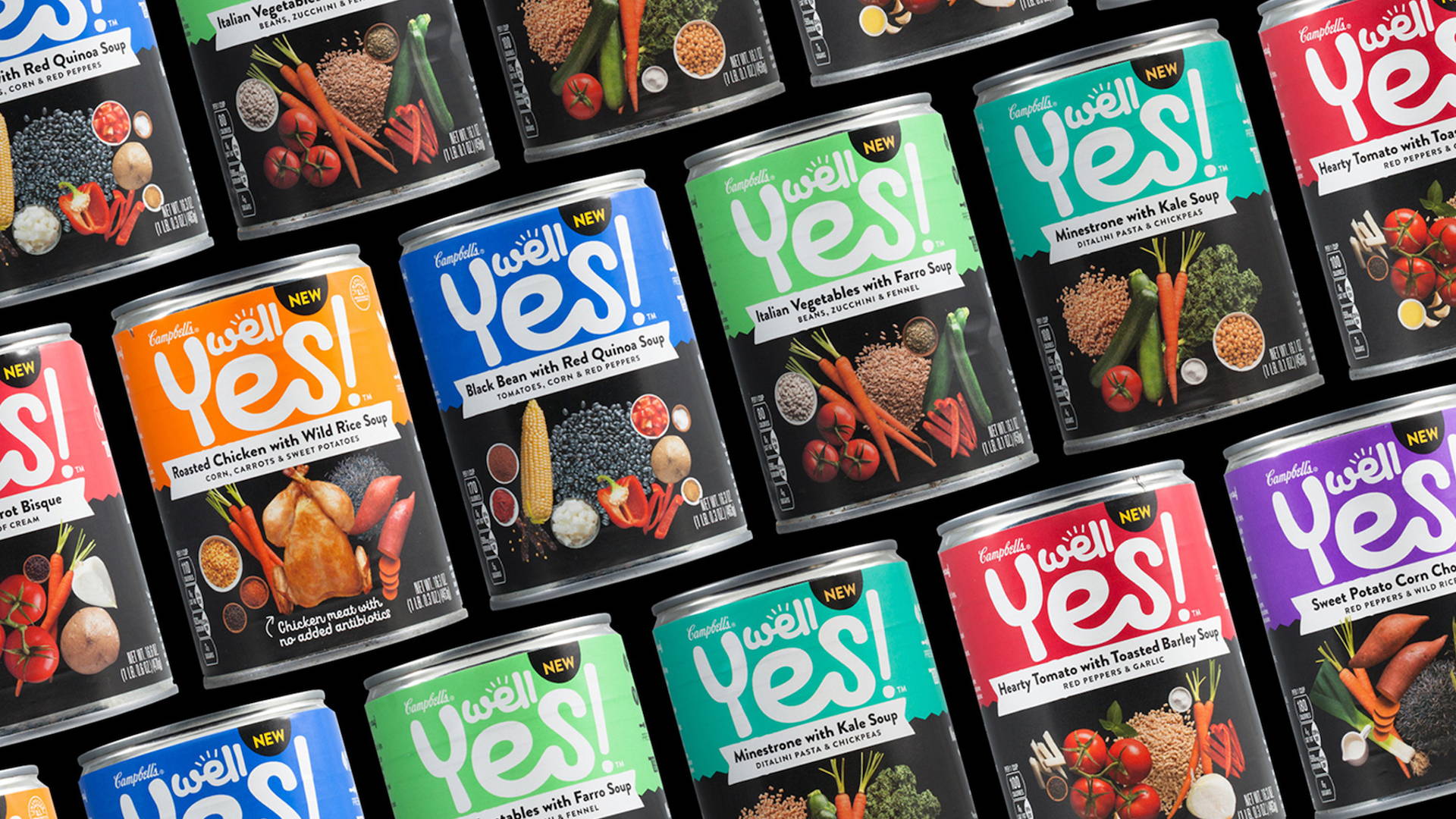 Get Your Wellness on with Campbell’s Well Yes! Soups 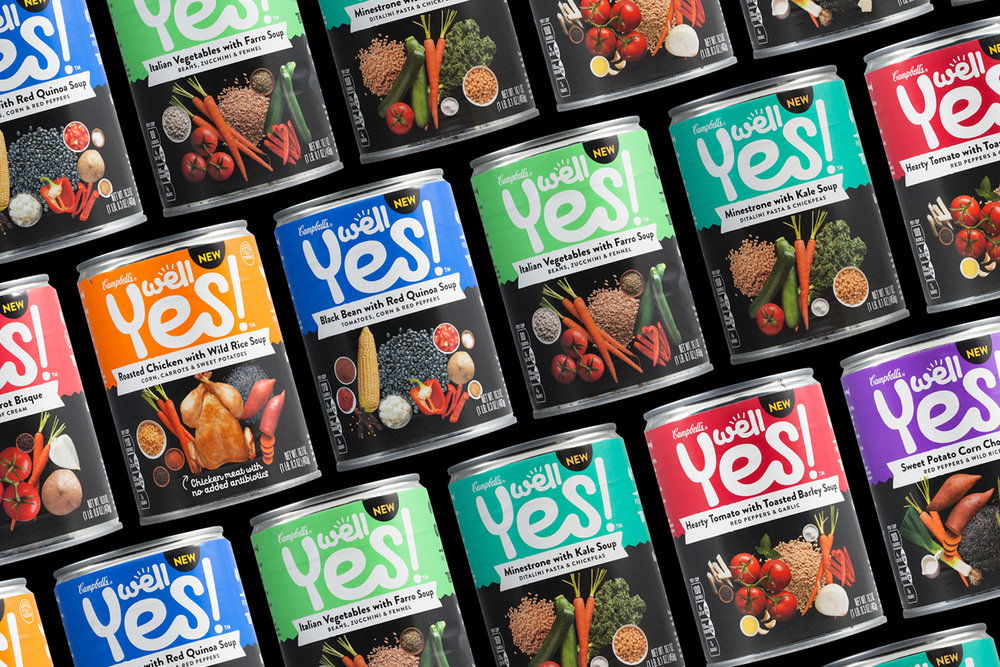 Campbell’s may not be a new name in the soup market, but their new Well Yes! soups are a fun and fresh new product line. Designed by Bulldog Drummond, the goodness inside the soups is easy to see—after all, images of all the ingredients appear on the front of the label!

“The challenge: Soup has been stagnant for a long time. And if you’ve been in the soup aisle lately, you’ve most likely been overwhelmed with choices and underwhelmed with excitement. Campbell’s decided it was time to take a stand, create something better and help people fall in love with the soup aisle all over again. They called upon Bulldog Drummond to lend our expertise to the creation of their new soup brand.” 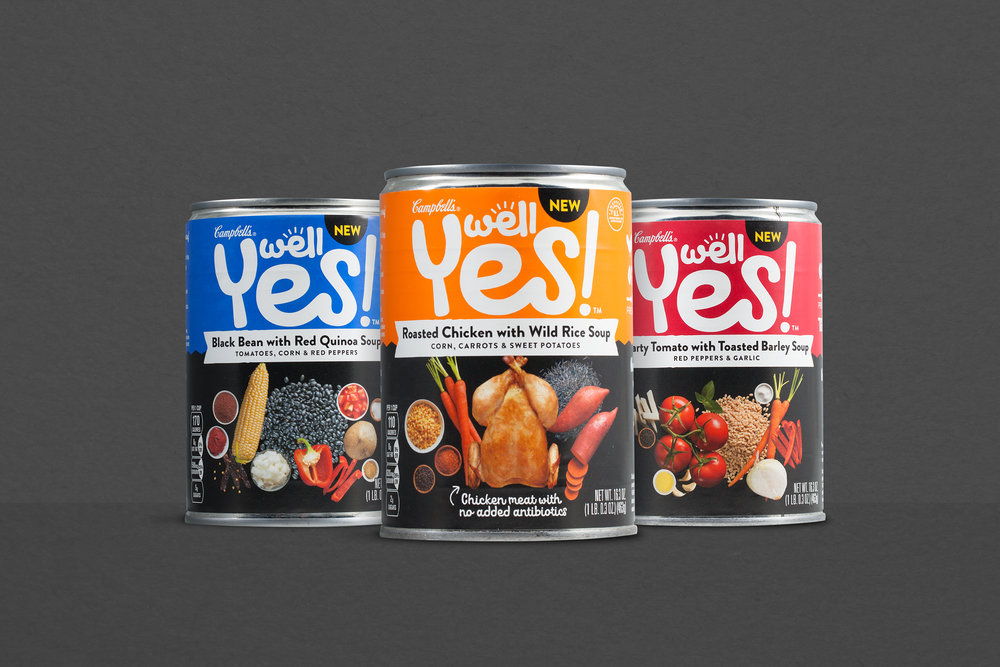 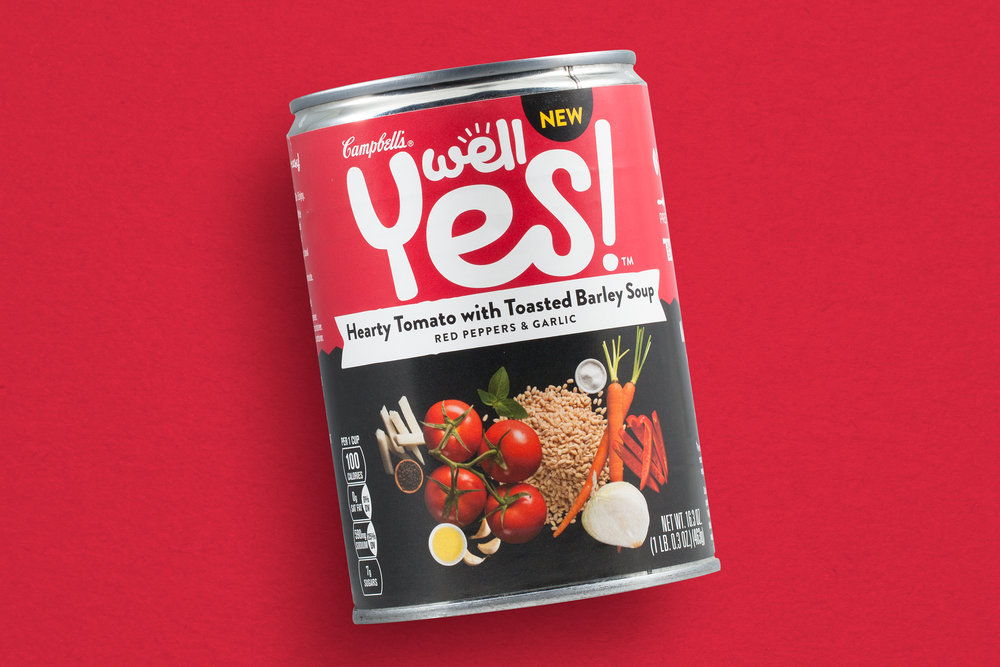 “The result: We worked with Campbell’s to help them create an entirely new brand from the ground up that built upon their existing brand equity. We dimensionalized their target consumer to identify key needs, articulated their reason for being and named the brand in support of their overarching brand philosophy—encouraging consumers to say yes to what really matters when it comes to eating good soup and feeding it to their families. We developed pack design that highlights the nutrient-dense recipes and represents the transformational shift in a very traditional space. Campbell’s partnered with ManvsMachine to extend the brand nationally with a series of ads that ran during the Golden Globes and again during the Grammy’s—a first for Campbell’s. Well Yes! soups officially hit stores in late 2016. Look for it in a market near you.” 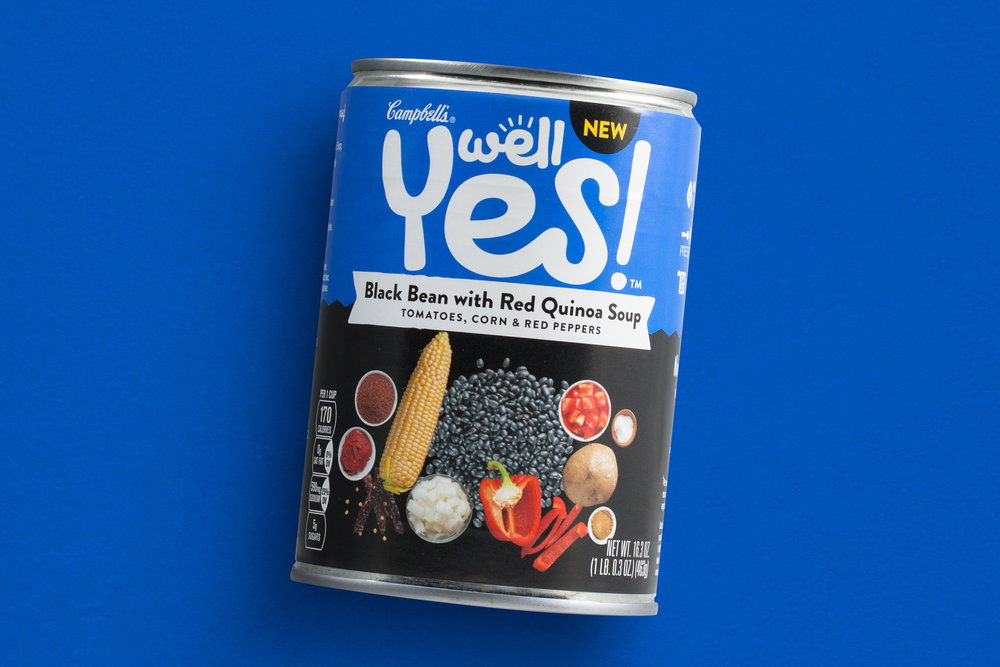