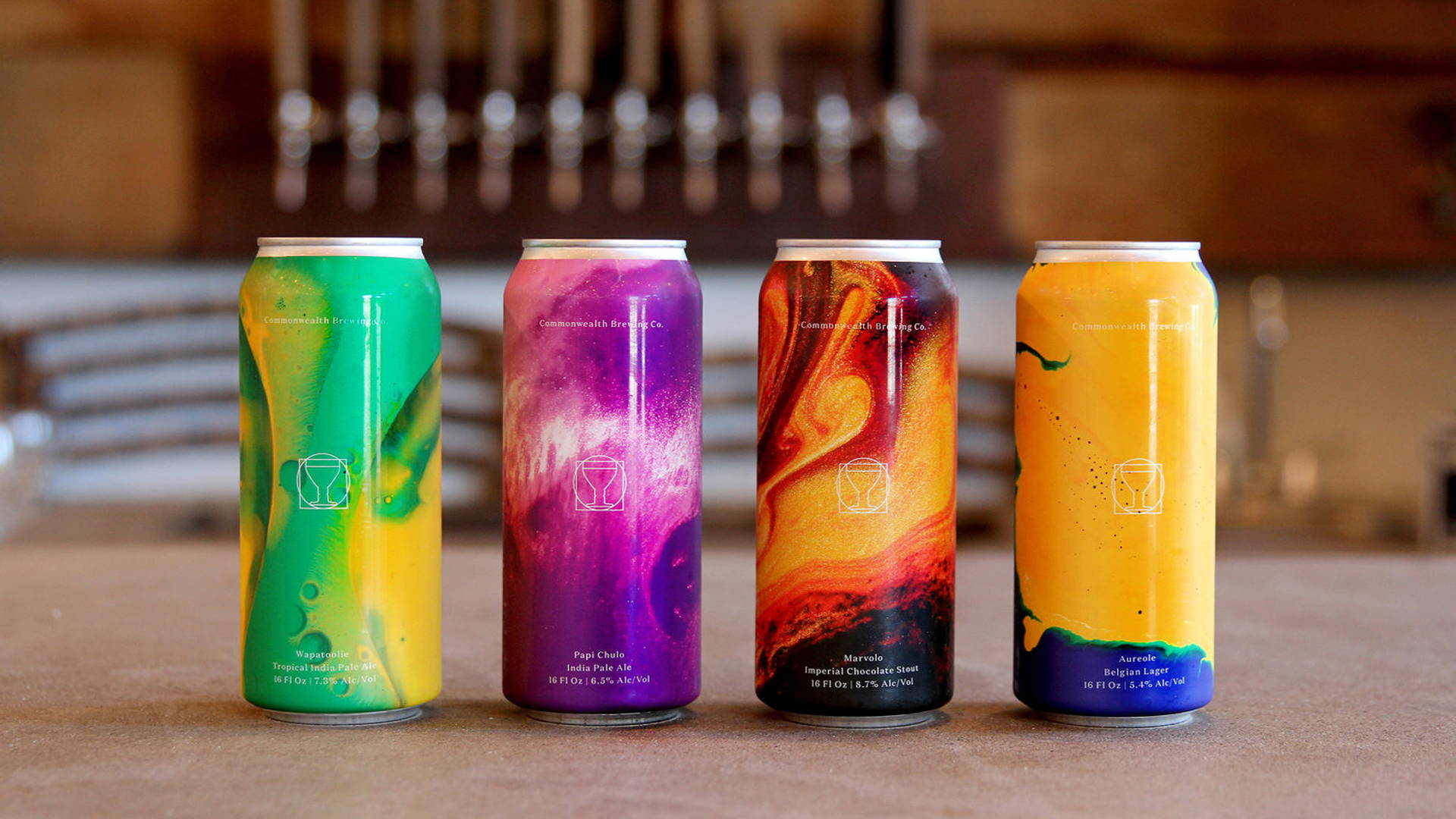 How Commonwealth Brewing Co.’s Design Blurs Lines Between the Senses 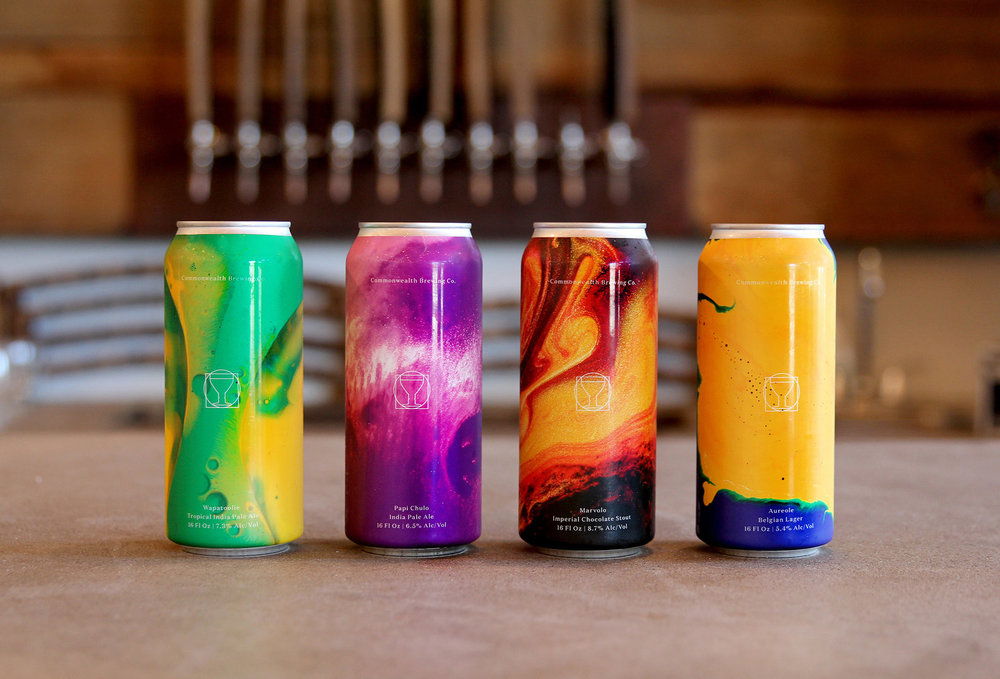 Behind these eye-catching beer cans is Thirst, a Creative and Social Agency that specializes in the craft drinks market. Located in Glasgow, the agency has worked with clients all around the world, including Brewgooder, Loch Ness Brewery, Lindemans, and more.

What: Vibrant 4-packs of beer with a design that shows instead of tells.

The brewer and owner Jeramy Biggie gave you one simple brief: “I want to be able to visually see the flavours that I taste in the can.” What first steps did you take to make this happen?

Thirst: We firstly needed to ask ourselves “what does flavour look like?” and “how can that be transformed into an effective piece of design?” The way Jeramy described the beers to us was very helpful. His descriptions were almost visual—very animated at the least. For example, he described Wapatoolie as a big juicy, tropical punch, lots of mango and pineapple and hops ... the visuals almost then came to us instantaneously. 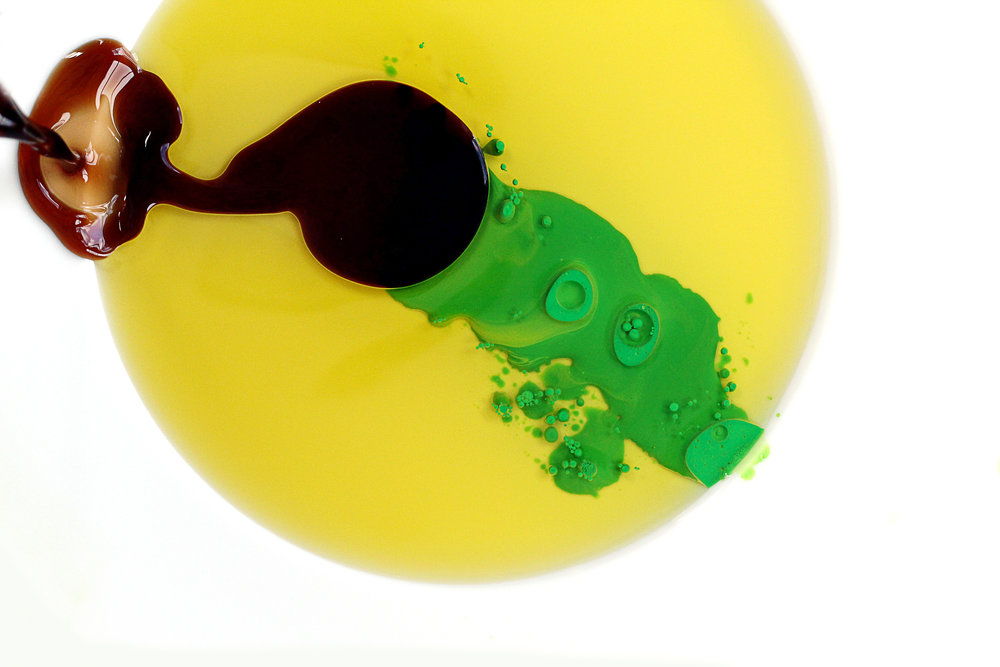 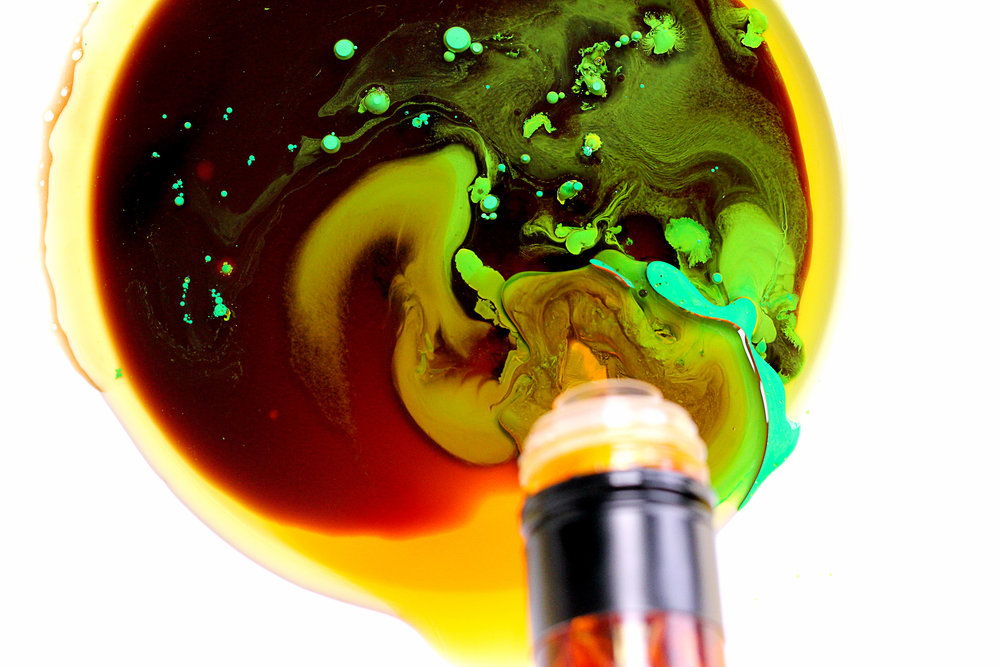 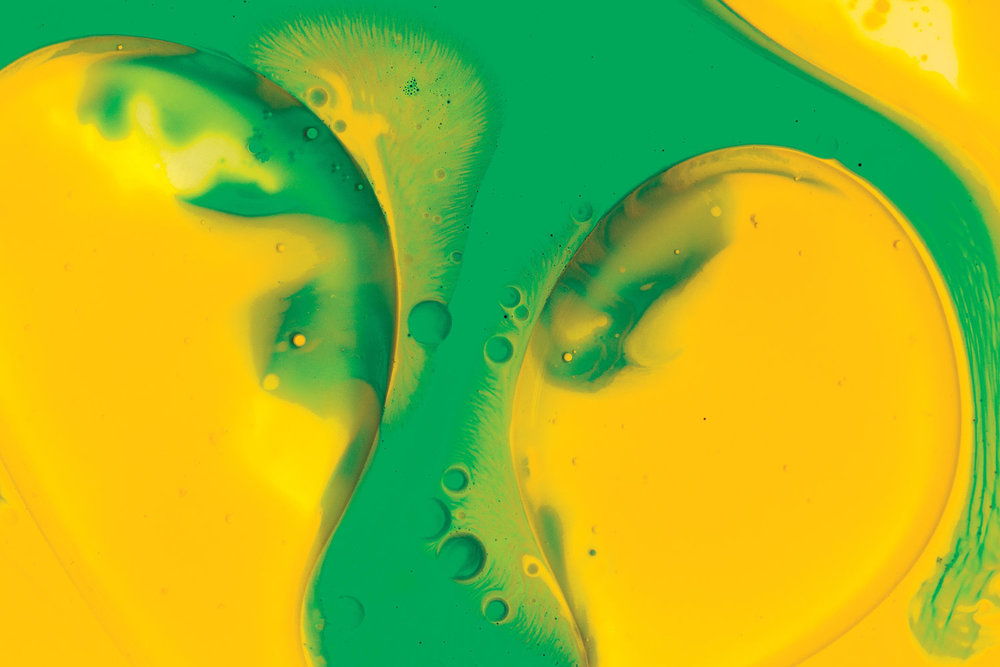 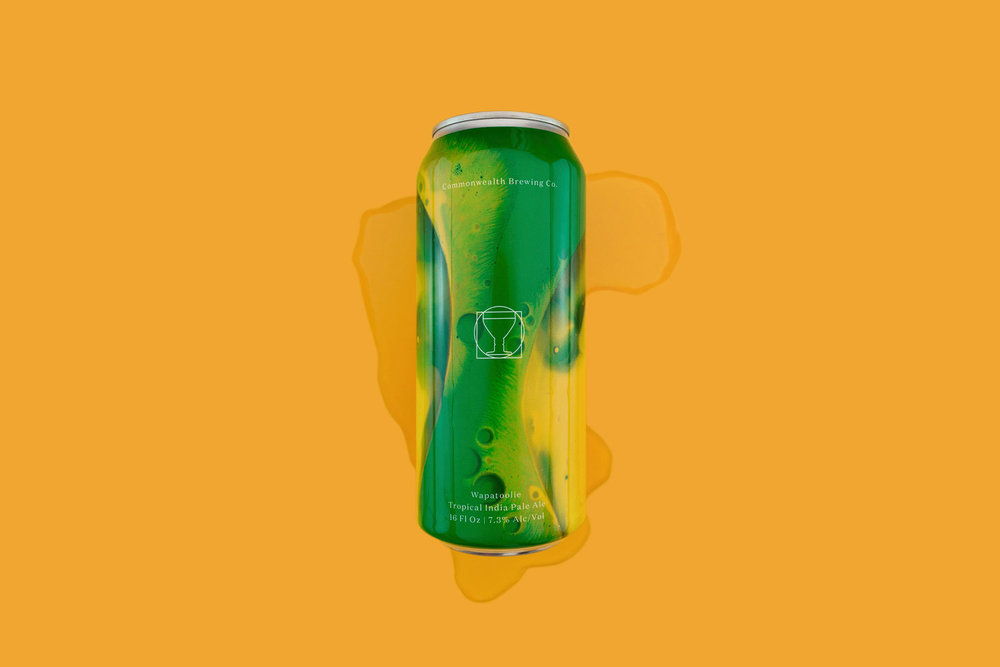 What process did you go through to create the designs on the beer cans?

Thirst: Our ethos is that a piece of design shouldn't require a lengthy explanation in order for it to be understood. This is always our vision from the outset.

Matt, the creative director, has always been fascinated by the texture created by oils. And with hop oils playing a particularly important role in a brew, we saw this as an appropriate fit.

We selected various oils and inks which we believed would give us nice colour combinations to “show” the flavour and character of the beer.

The experiments themselves were all pretty low-tech. We used a small dinner plate to hold the liquids, which we positioned under a camera, and we let the liquids do the rest. 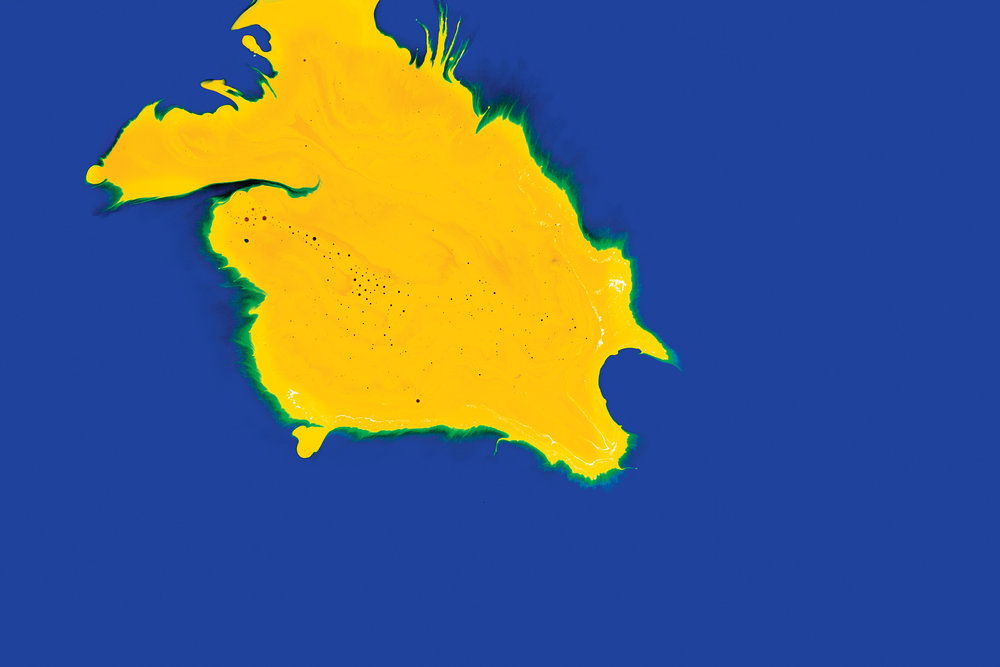 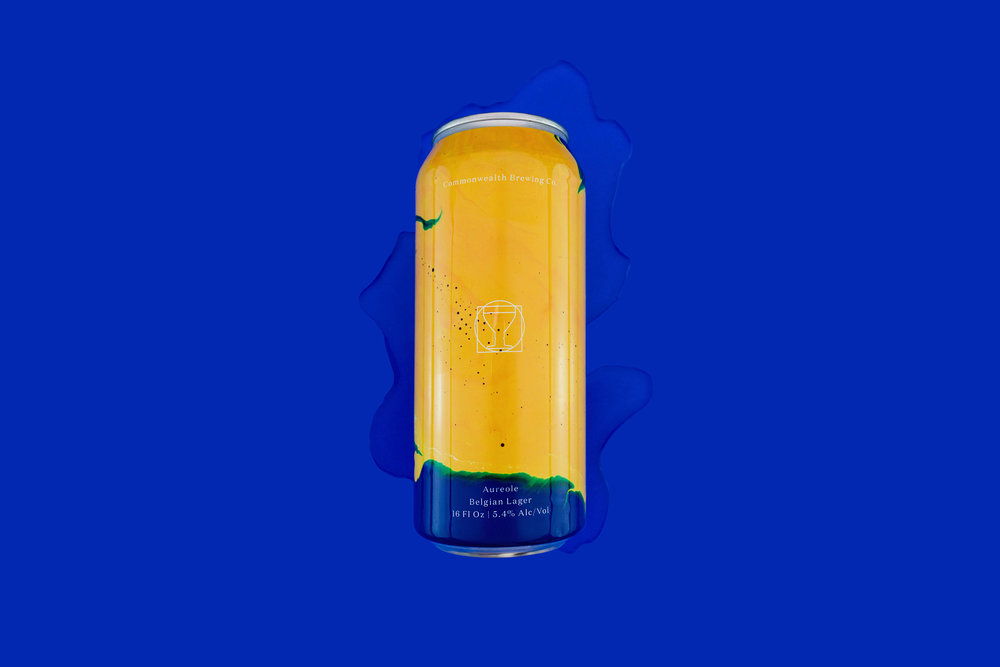 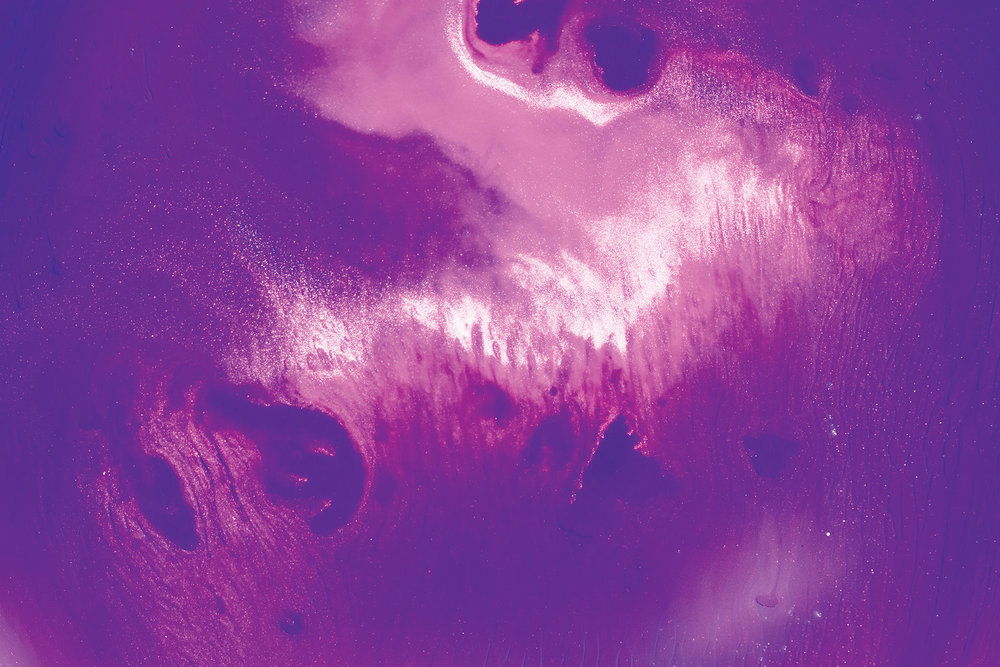 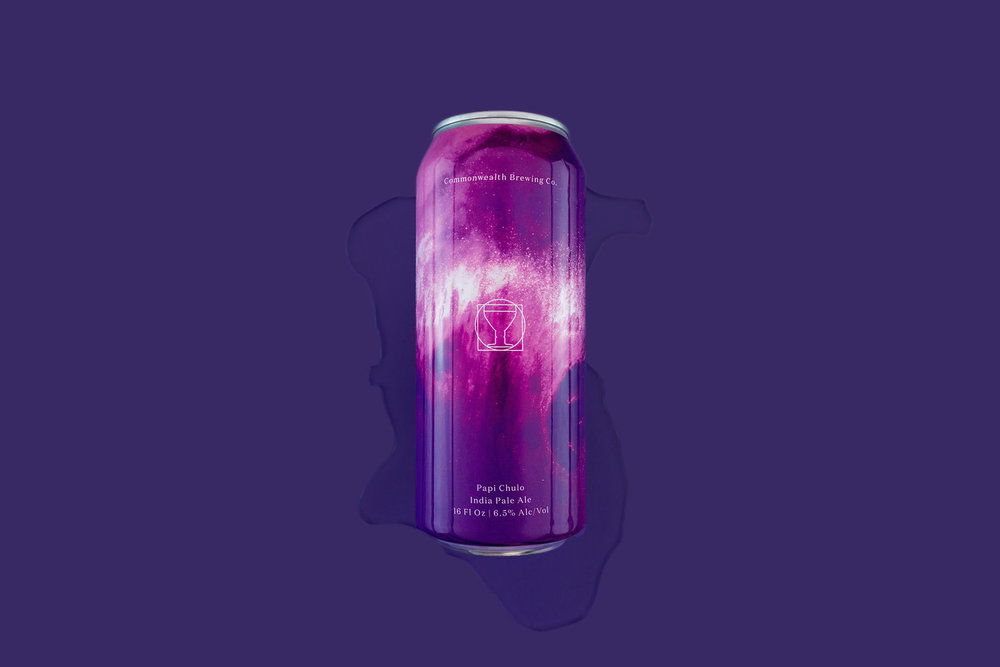 What influenced the particular colors for each beer?

Thirst: It was really Jeramy's awesome descriptions of each beer.

Wapatoolie — Tropical aromas and flavours that make me think of a big juicy mango fruit salad.

Papi Chulo — This is a hazy, east coast style IPA. The thick haze on the beer reminded us of a super complex, star clustered galaxy.

Aureole — This crisp, dry Pilsner is the perfect desert island beer—think incredibly hot days when the only escape is the beer. 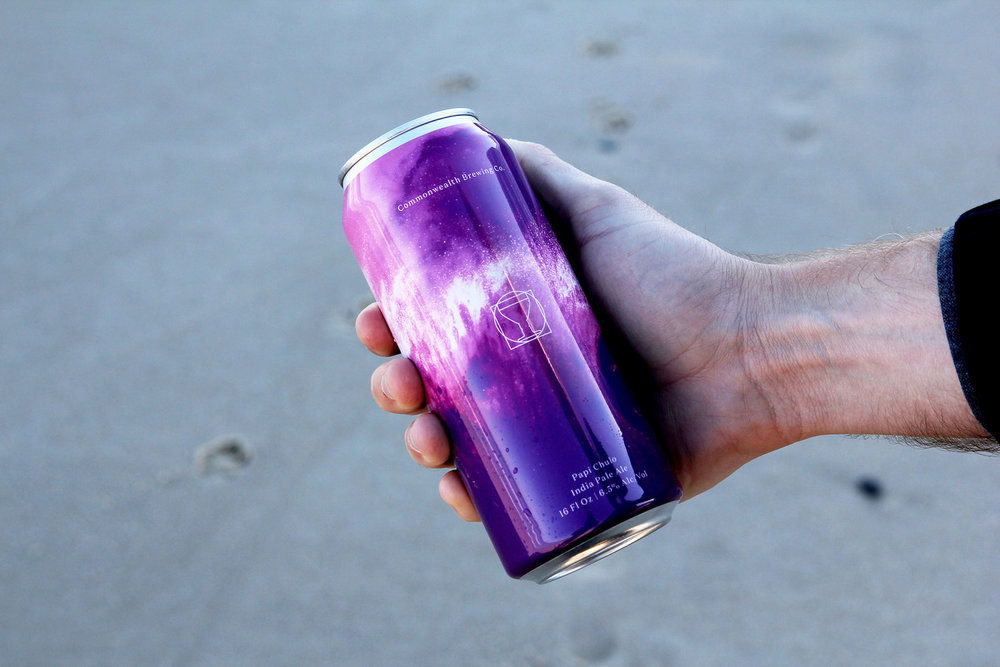 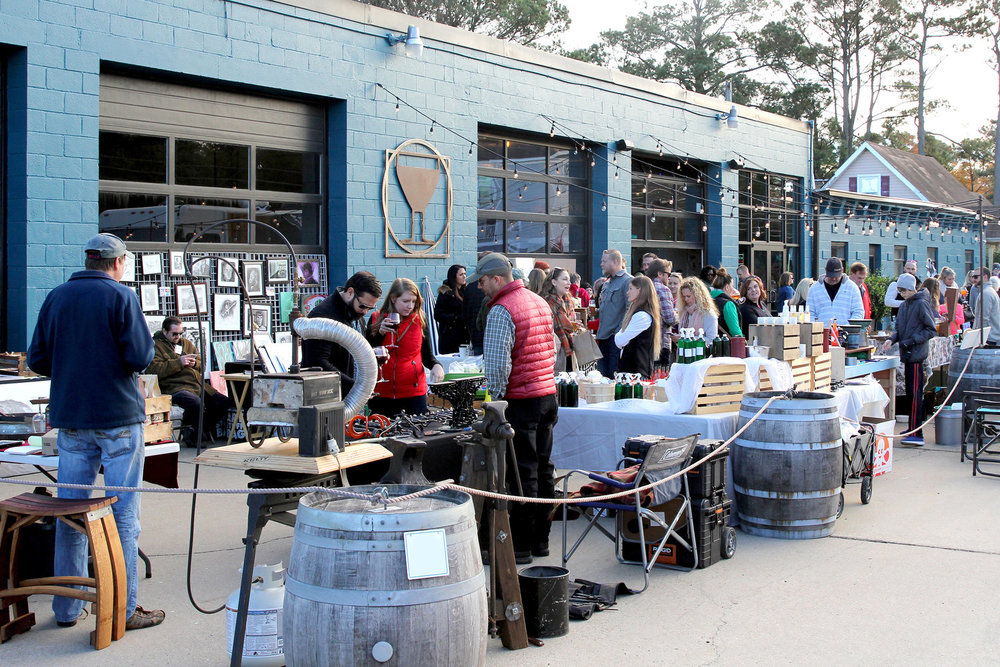 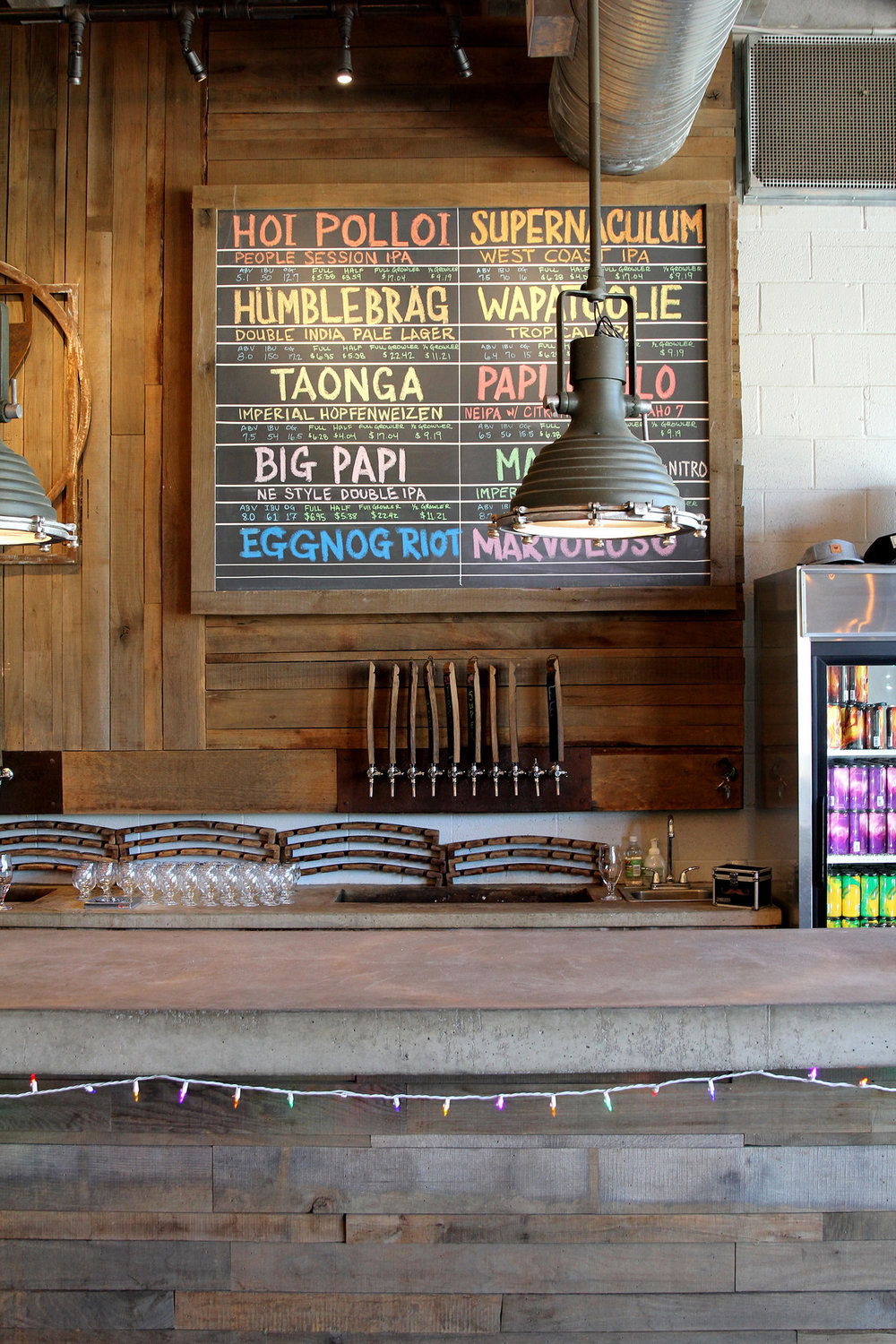 Why did you opt for very minimal text and imagery on the cans?

Thirst: The concept was all about the artwork. Overly prominent typography and branding would be a distraction. By keeping these elements minimal the artwork is allowed to stand out. 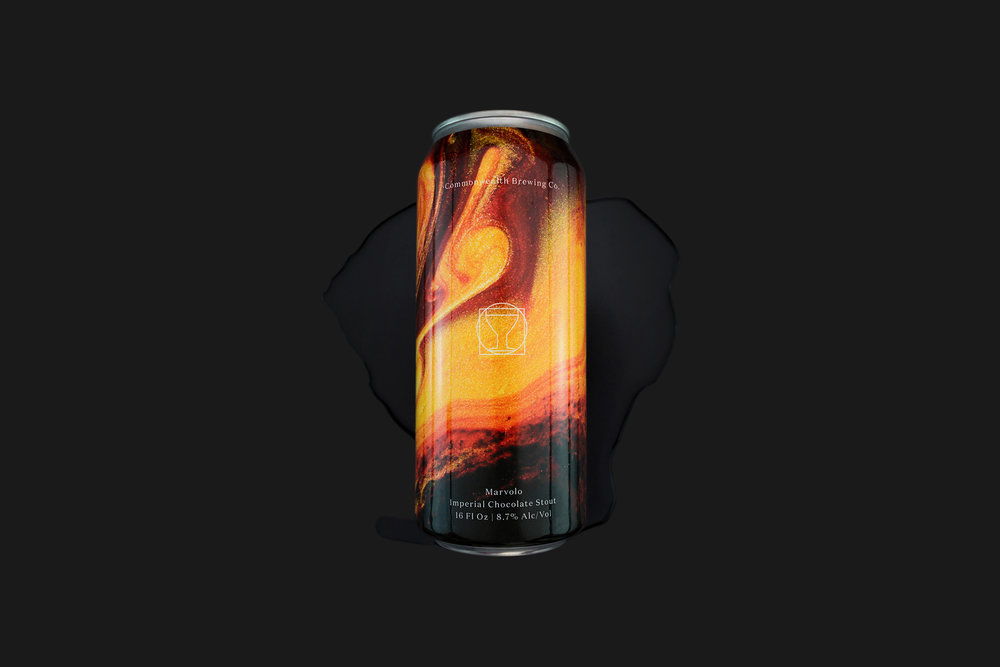 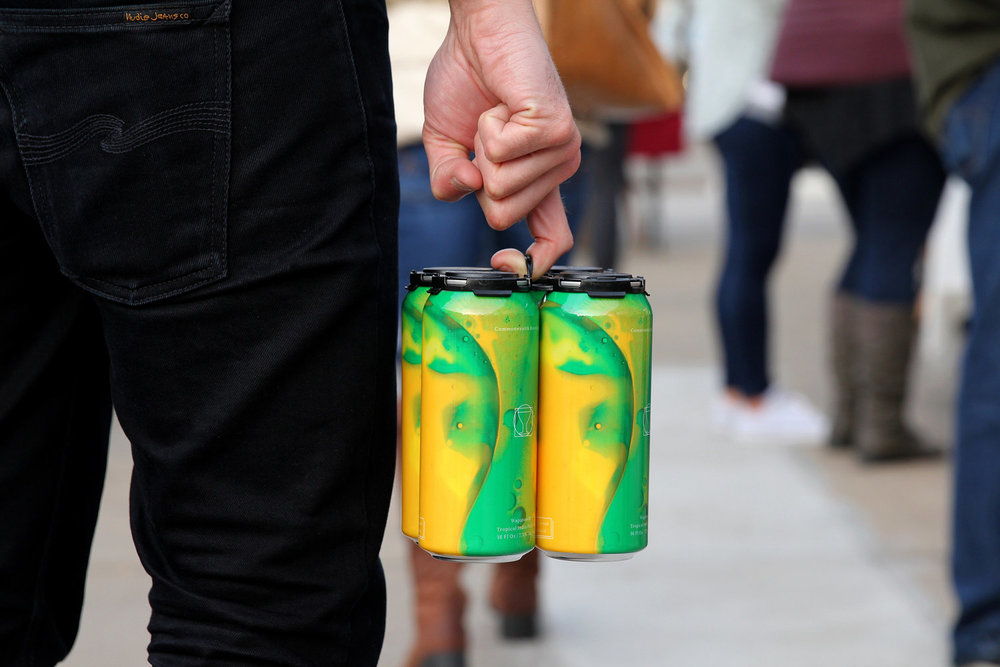 What advice do you have for designers who are interested in creating something that blurs the lines of the senses?

Thirst: With this particular project Jeramy was really hands off. He trusted our judgement and let us do our thing. This approach allowed us to think freely and follow our instinct, rather than simply following instructions.

This has been a big shift in our mindset going forward. We encourage our clients to be less hands on and trust us to get it right. I would advocate this approach for other designers to follow.

As designers we are hired for our expertise. The confidence Jeramy put in us was the perfect platform to truly answer the brief. I appreciate that this isn't always appropriate. However, now we have experienced this as a way of working, understand its value, and communicate this to our prospective and current clients.

Why we love it / Why we picked it:

Let’s face it: the cans for Commonwealth Brewing Co. are just plain cool. While visually it’s a colorful adventure that certainly stands alone, the design is actually inspired by the experience of drinking the beer itself. The hues swirl and clearly tell consumers more about the personality of each beer. Commonwealth Brewing Co.’s beer also encourages consumers to try the other varieties of beer that they might not normally go for—they can get a taste of the brew before even cracking it open. 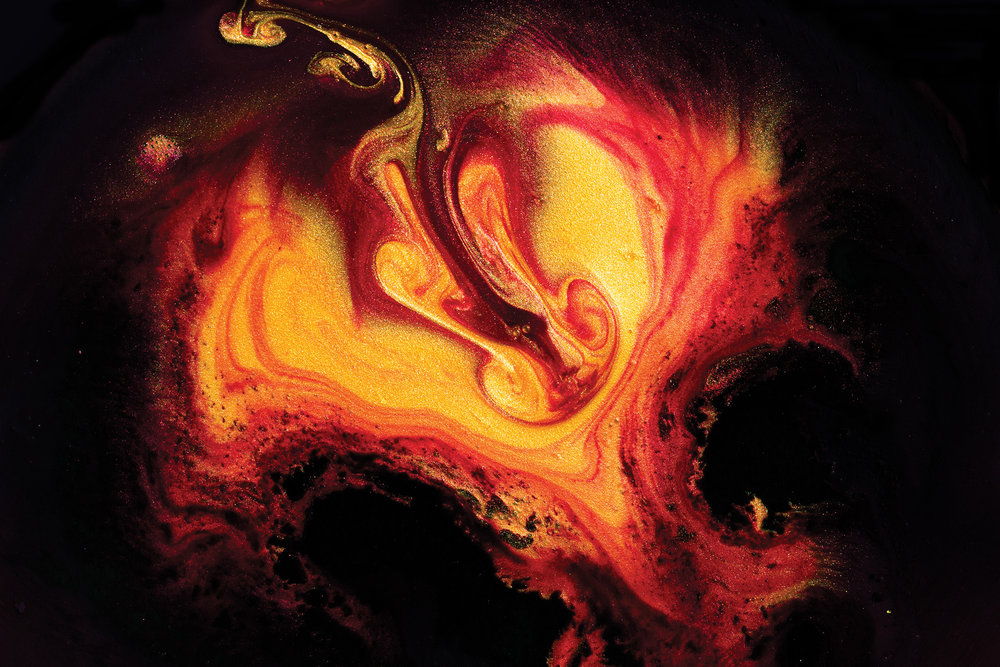 Empathy Trumps Bravado: the Role of Emotion in Design