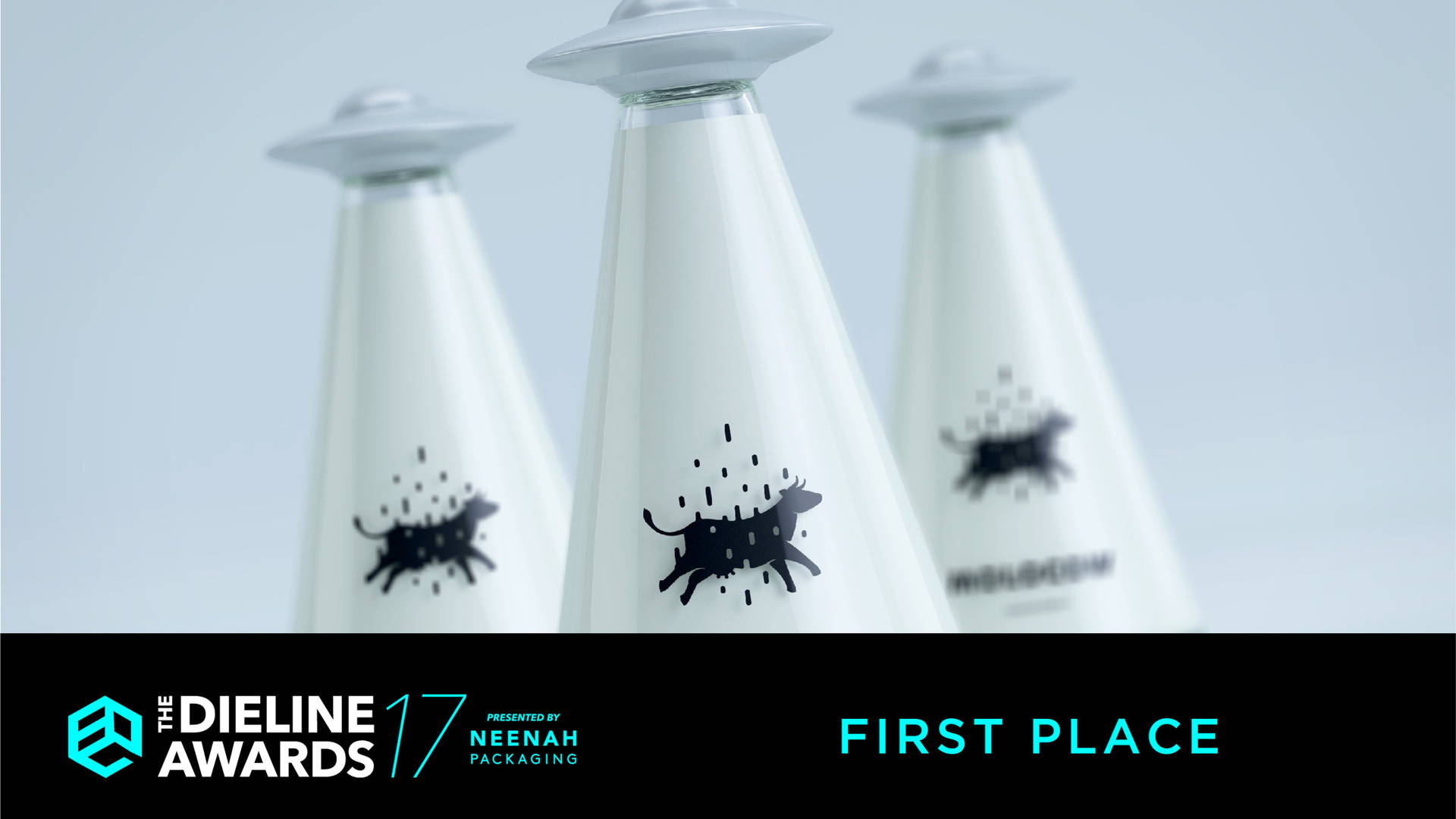 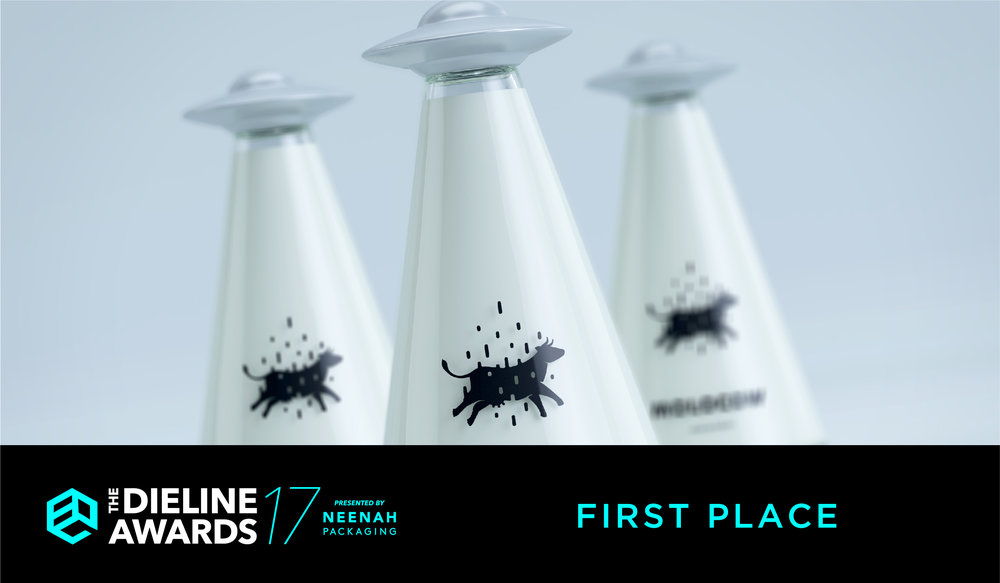 The task was to create a milk package unlike anything on market shelves. We wanted to find a very abstract or distant association between milk and a cow. 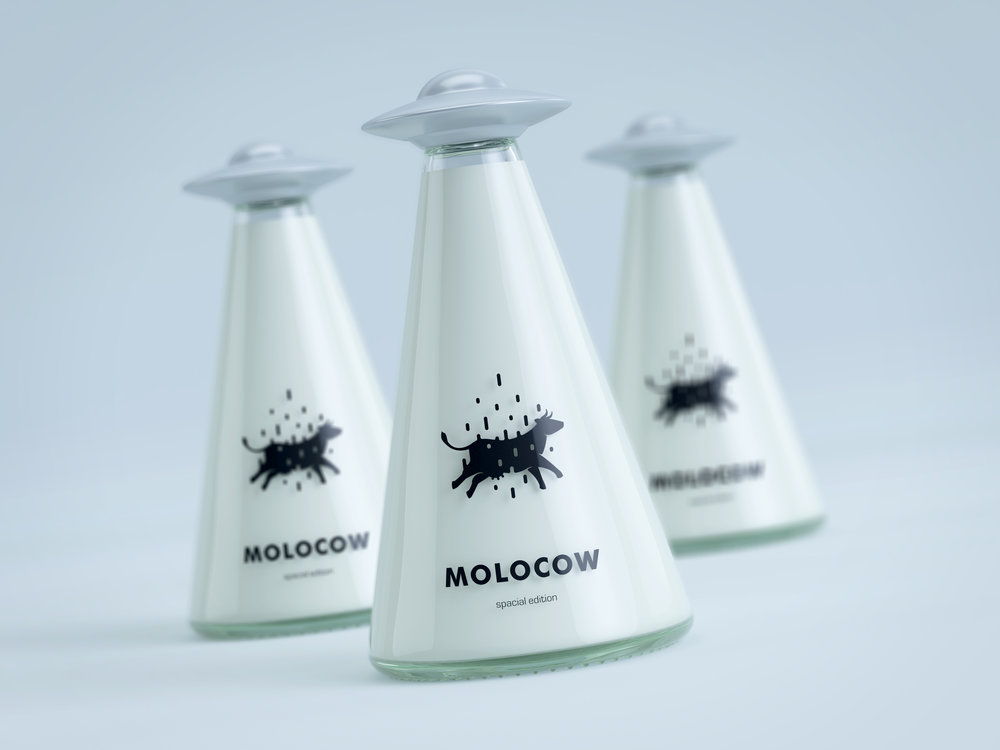 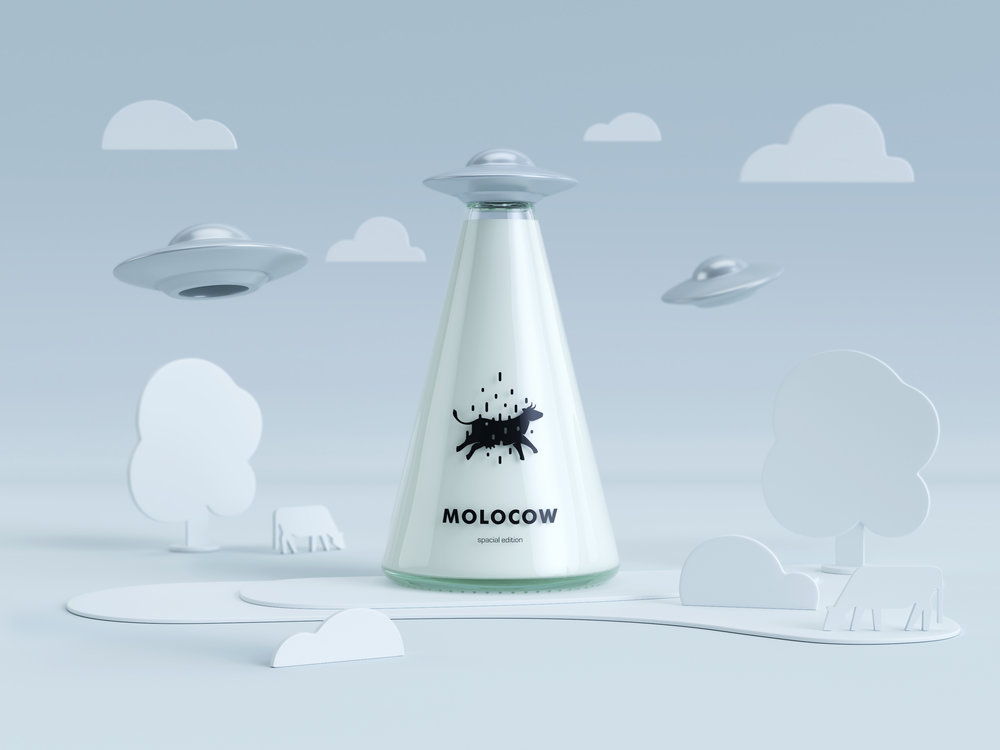 A cow being abducted by a UFO is pretty common used image in pop-culture, but it was a very unexpected idea for a milk bottle, so we begun working on it. At first we sketched the shape of the bottle and its proportions. Then Kanat (our 3D designer) started to model the bottle while the rest of the team looked for an appropriate name. We had some cool names like Cowsmilk (which reads like “cosmic”), Mimimilk, and among them was Molocow. 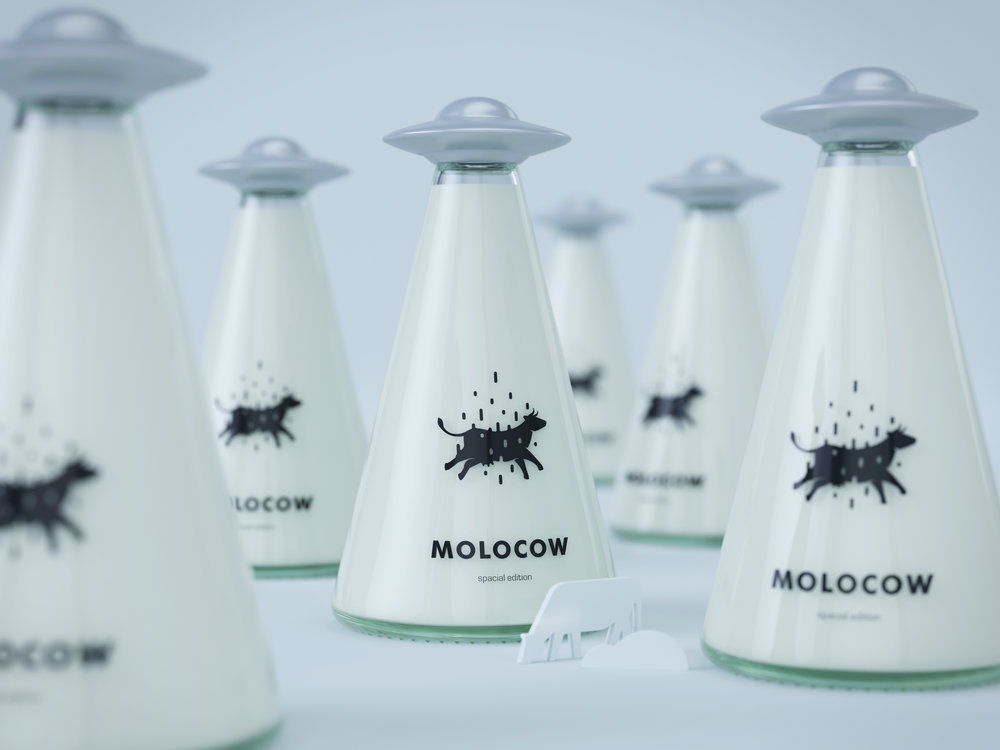 As you know “moloko” is a Russian word but thanks to outstanding director Stanley Kubrick, everybody knows this word. We wanted to pay tribute to Stanley Kubrick’s greatest movies “A Clockwork Orange” and “2001 A Space Odyssey?, the sci-fi classic.

The silver cap is made of plastic, and we chose glass as the bottle’s material because it’s eco-friendly and looks cool. 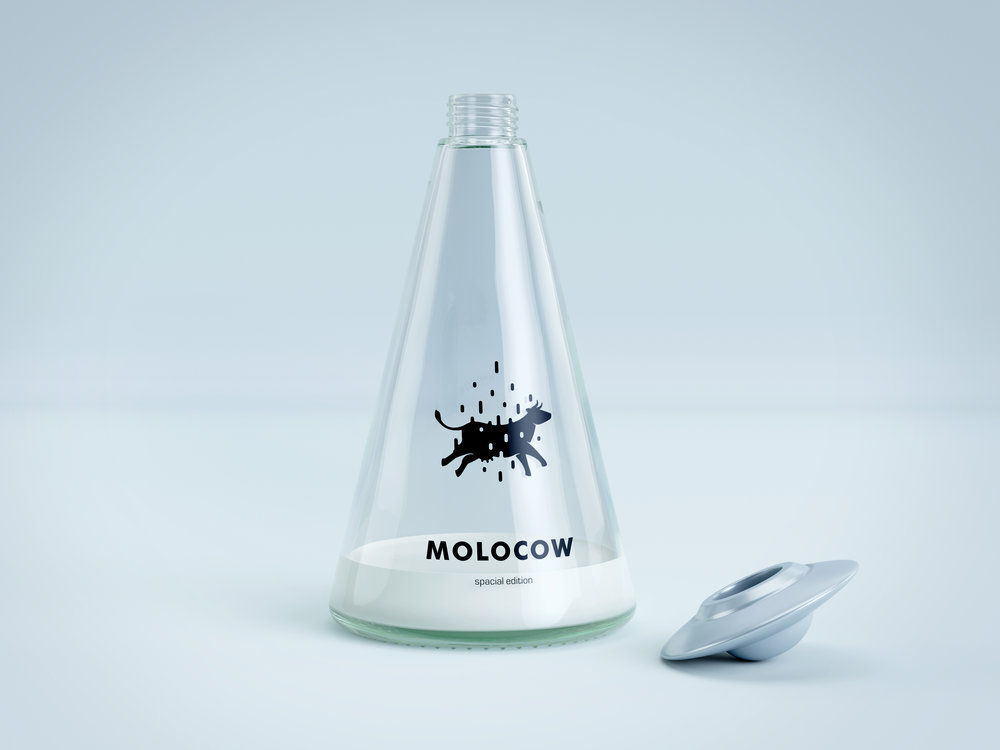