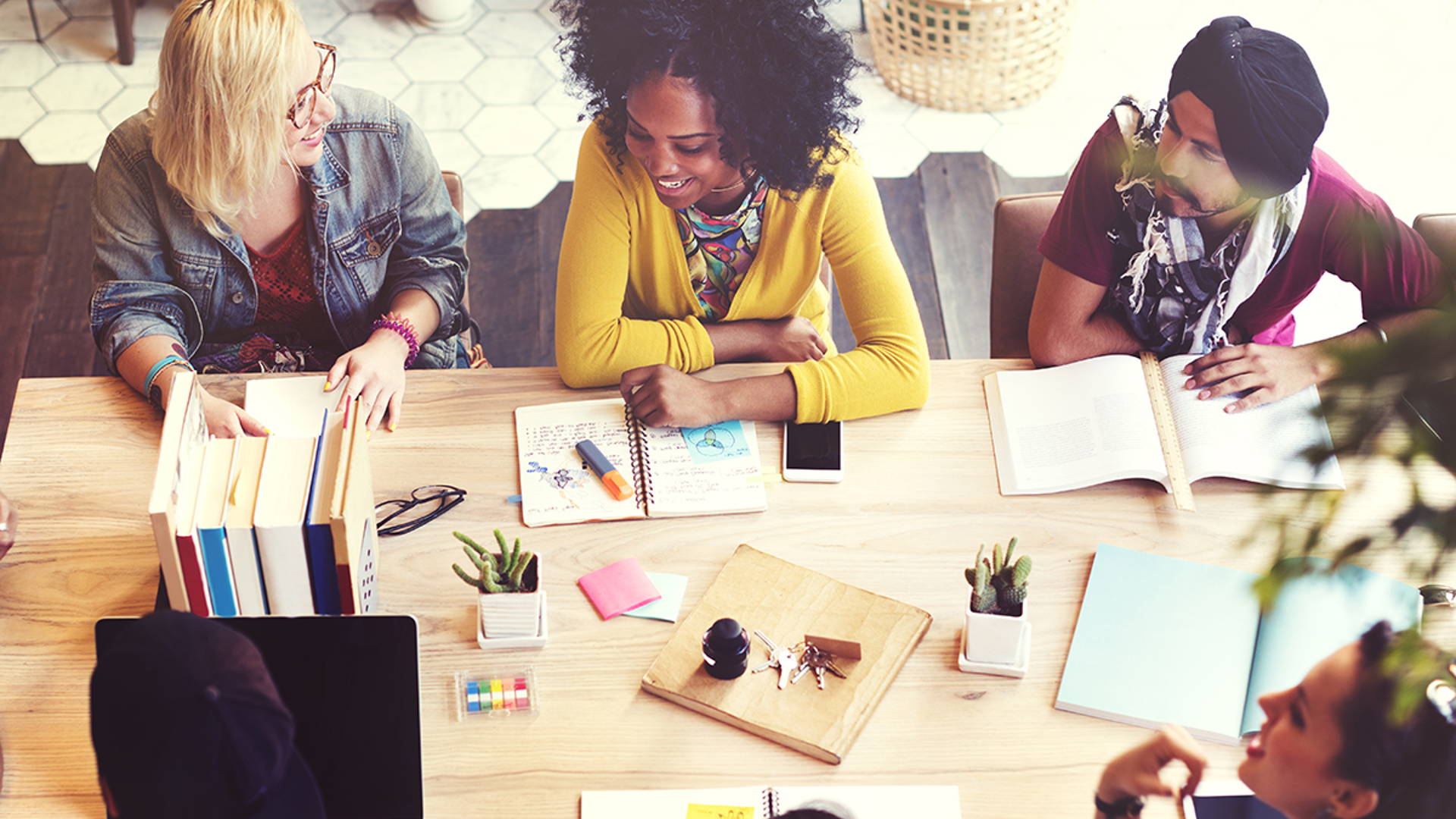 Why Designers Need to Start Thinking of Themselves as Leaders

Our Pantone Labs survey of over 600 designers revealed that a common challenge designers experience is obtaining buy-in for their ideas. Clearly, most designers don’t think of themselves as leaders. But why?

A designer is a person who plans the form, look or workings of something before it is made or built. A leader guides a group or an organization towards a destination, a vision. These definitions of “designer” and “leader” similarly involve tasks like planning and envisioning something that doesn’t exist, then communicating that vision to others and showing them the way to achieve it. Oftentimes both designers and leaders do something innovative that has never been done before.

If these activity definitions seem aligned, why do we tend to separate them in our minds? People discount the leadership that designers provide during the innovation process. Could it be that designers just don’t fit with many people’s conceptions of a leader’s personality profile?

I wondered how designers and leaders compare according to something like the Myers-Briggs Type Indicator (MBTI), a widely-used personality test measuring combinations of four traits to reasonably predict which personality types will thrive in which professional roles.

ENTJ (Extroverted-iNtuition-Thinking-Judging) is often referred to as the “Commander type” or the “Chief type,” encapsulating the bold, innovative and strong-willed leaders who will pave their own way towards a vision. They see the world as a series of possibilities with challenges that they want to be responsible for conquering. This visionary quality, coupled with a knack for strategic planning, is why this type often produces the executives, the titans of the business world.

Do we tend to think designers are introverts and leaders are extroverts, and thus assume they are fundamentally different? How do leaders and designers compare?

When describing the typical designer, it’s likely that you’d categorize them as introverted. Susan Cain, author of Quiet: The Power of Introverts in a World that Can’t Stop Talking, notes that, “the majority of spectacularly creative people across a range of fields are introverts, or at least comfortable with spending large chunks of time alone." And Van Gogh famously said, “Often whole days will pass without my speaking to anyone.”

A quick, Myers-Briggs-esque poll by Michael Roller found that designers are about evenly split between introversion and extroversion. So, it would appear that introverts aren’t the only ones finding a calling in design.

Also split down the middle was the decision-making trait. Thinkers make decisions objectively, valuing directness in their interactions and workflow process which makes them adept at establishing guidelines for creative content development. Feelers, by contrast, make decisions subjectively, practicing empathy and evaluating context to decide what is best, while considering all people involved.

So, if I/E and T/F are pretty much even, is there a trait that the majority of designers do exhibit?

The Intuition trait and the Judging trait seemed to be most prevalent among those designers polled, and those just so happen to line up well with a classic profile of a leader.

Both designers and leaders are very high in Intuition (N). Intuition serves innovation because it allows designers and leaders to find creative solutions, transcend stagnation and spot the value of a new practice, technique or path that lacks any precedence. Growth and evolution require leading the way for others without much data or past examples from which to draw conclusions, which Sensing personalities couldn’t do without. Therefore, designers and leaders alike move beyond their senses to see patterns and relationships within the new information to achieve their innovative visions.

While the Intuition trait addresses high-level creativity and innovation, the Judging trait drives the design aspect of the role. Within design, there must be an end goal because, at the end of the process, there is a user. The design process must take into consideration usage goals and experiences, so designers must utilize their Judging trait frequently to decide which solutions work and which do not. Leaders are well known for being decisive, even in the face of ambiguity, since other people depend on the leader’s decisions to direct their work or their behavior. Both designers and leaders use their Intuition and Judging traits in very similar ways. They both straddle the line of idealist and rationalist, with aptitudes for originality, insightful problem solving, and planning.

I believe that in the business world, designers don’t get (and don’t give themselves) enough credit for the leadership they do demonstrate. Designers lead by putting their vision on paper, or creating a prototype, and by determining the specifications through which the vision becomes possible. Designers crystallize the goal by specifying as many variables as possible: choosing a particular color according to where it will be seen, the size according to pixels or millimeters, a weight of paper stock or a type of material, the explicit print process, or the finishing. By confidently making these choices, designers become the definers of innovative visions, who can lead others to produce groundbreaking work.

Ronald Voigt Ronald Voigt has been President of X-Rite Pantone since 2013. Previously, Ron led Commercial and Services Operations at Tektronix and was President, Industrial Automation at Kollmorgen (both Danaher companies). Before Danaher, Ron held several leadership positions at Delphi including a European based assignment in Paris and an executive residency at NUMMI, where he immersed himself in the methodologies and practices of the Toyota Production System. Ron earned an MBA from the Tuck School of Business at Dartmouth and a BS in Electrical Engineering from Kettering University. Ron and his wife Rebecca reside in Grand Rapids, Michigan with their 3 cats, 2 children and 1 dog.

Designing the Beer from One of San Francisco’s Iconic Breweries