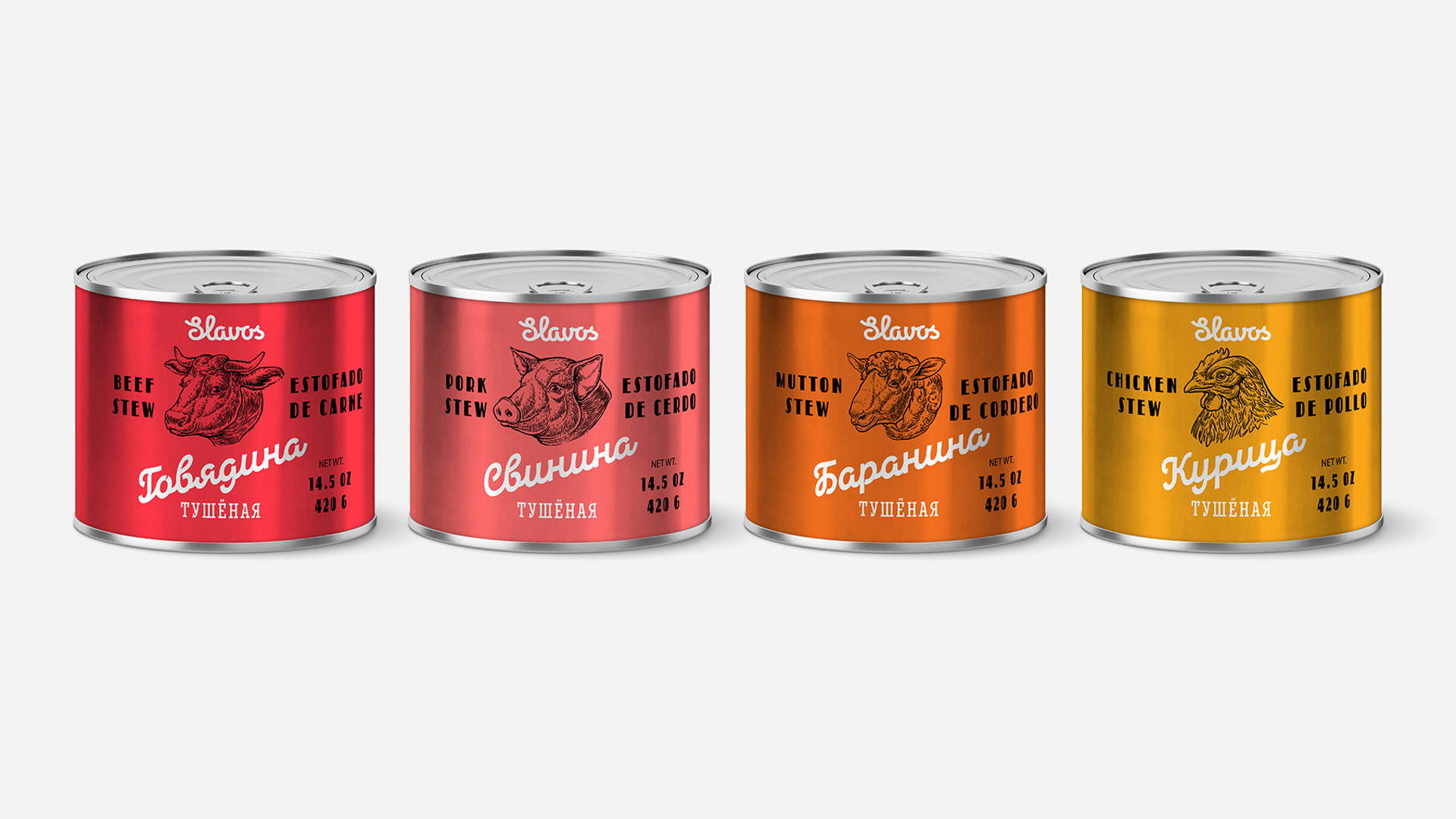 Slavos is Authentic Soviet Stew Made by Russian Immigrants 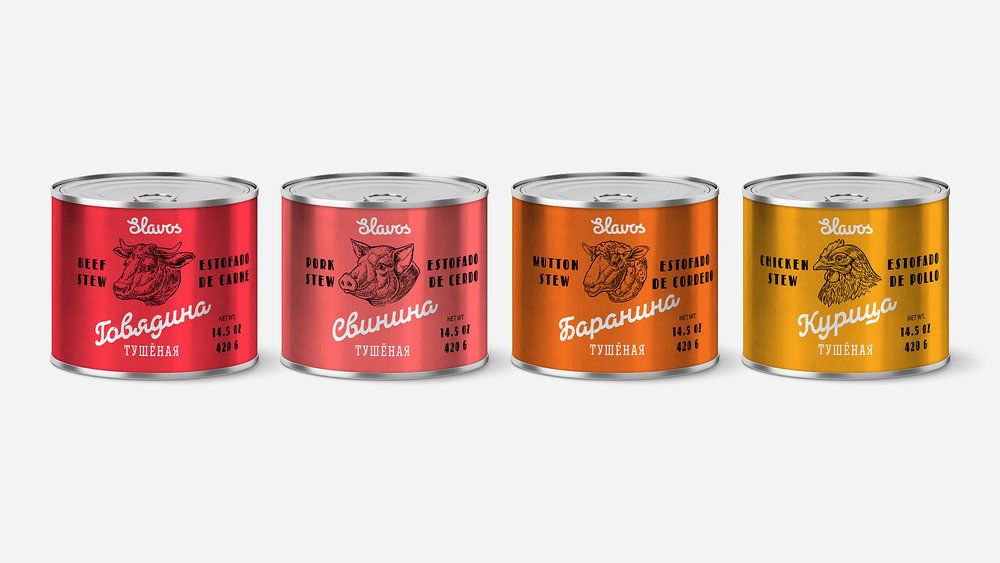 Remember those delicious dishes your mom made when you were growing up, passed down from generation to generation? In an effort to capture some of their own past, Russian immigrants of the fourth and fifth wave have created Slavos to create an authentic meat stew. Designed by Nimax Brands, these cans instantly establish a sense of time and place.

“In the American market, meat delicacies meet the standards of quality production, yet they are rarely regarded as delicious by Russian immigrants. The manufacturers have no clue about that very special taste that the customers came to expect, and therefore can’t meet their demands. Slavos was founded by the Russian immigrants of the fourth and fifth wave, who create a product to their own tastes and know exactly how to make it authentic.”

“The target audience of the stew is not limited to Russian immigrants and expats. A significant part of the product's consumers in the United States are Cuban immigrants who were introduced to Russian stew back in Soviet times. The desire to please both audiences defined the nostalgic positioning of the trademark and the ensuing need to add elements of Soviet style to the label.” 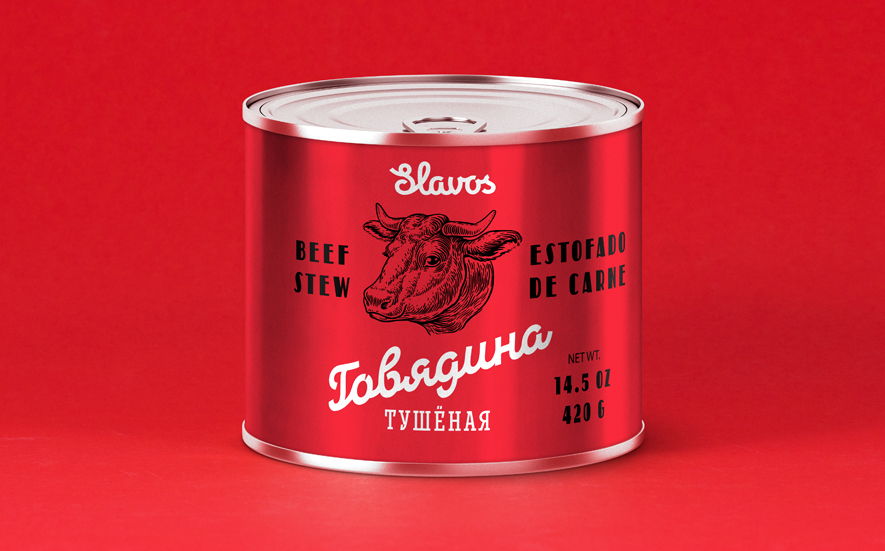 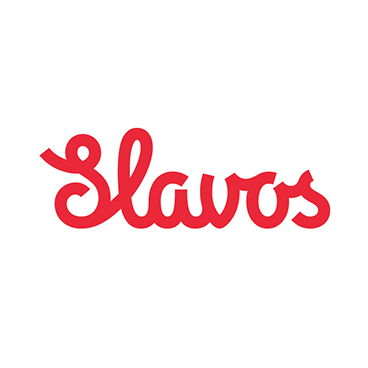 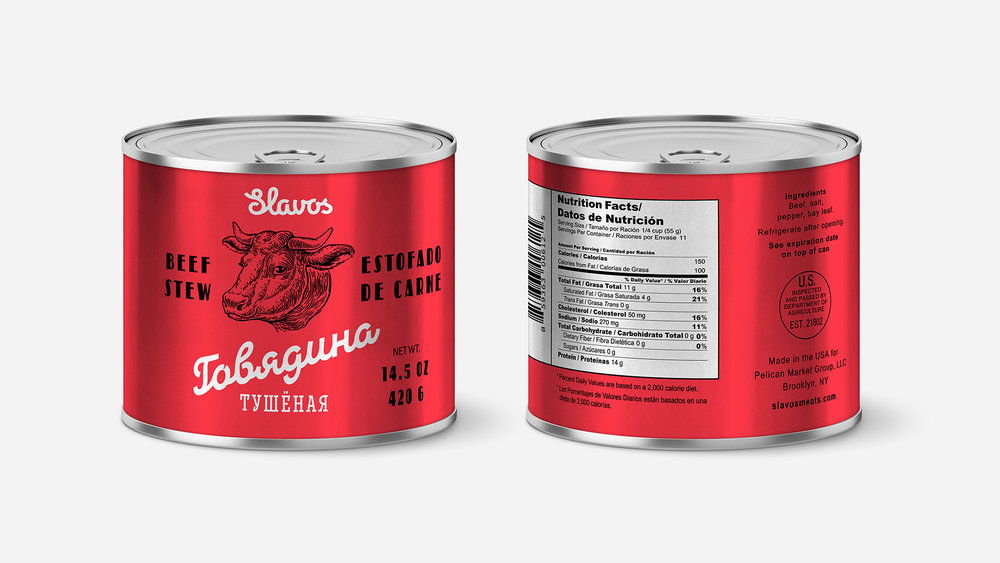 “For immigrants who lived in the Soviet era, that period is often associated with the happiest and most joyous memories. For those who live overseas, homesickness manifests itself not only in the form of nostalgia for the days long gone, but also through the lack of familiar and beloved Russian products. Stew in an authentic Soviet tin can offers an instantly recognizable taste reminiscent of the beautiful era.”

“We started off by studying the visual culture of the Soviet period. In order to make our solution look as close to the intended style as possible, we collected a number of illustrative packaging items and poster graphics. We identified the characteristic features of the graphic and typographic solutions of the time.”

“Rich in contrast and decorative typography was the favorite tool of the graphic designers in the USSR. Maintaining this principle, we made the typographic solution the centerpiece of the front label. The combination of the typography and the revolutionary red color of the flagship product served as a portal to the past, referencing the Soviet era and reflecting the multicultural nature of the brand. It took us quite some time to find fonts that would be appropriate in terms of general mood and plasticity. The situation was further complicated by the need for a Latin and Cyrillic version of each font as the label had to be multilingual. Eventually, we settled on three fonts with distinctive character — Jonesy, Pag Brigade and Lugatype.” 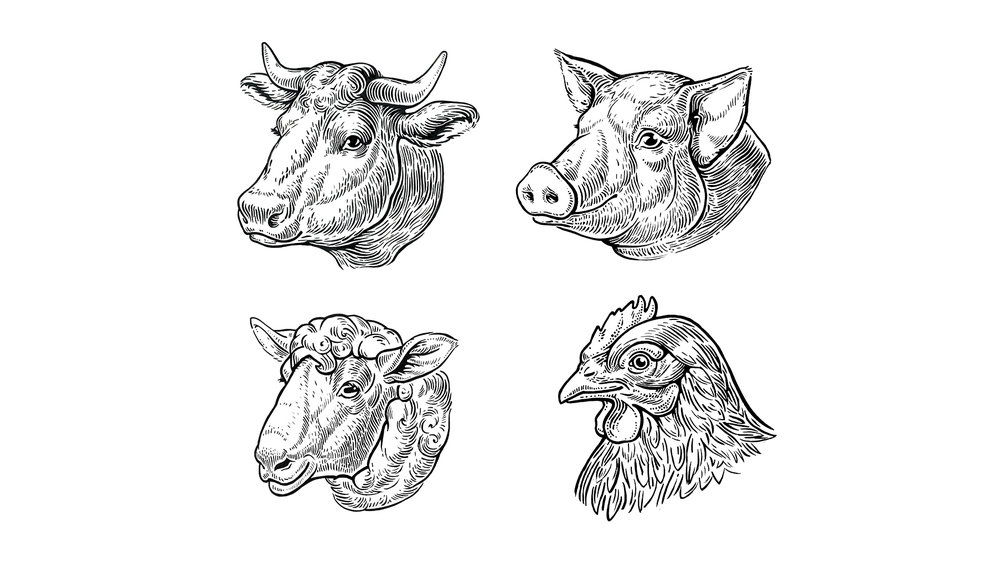 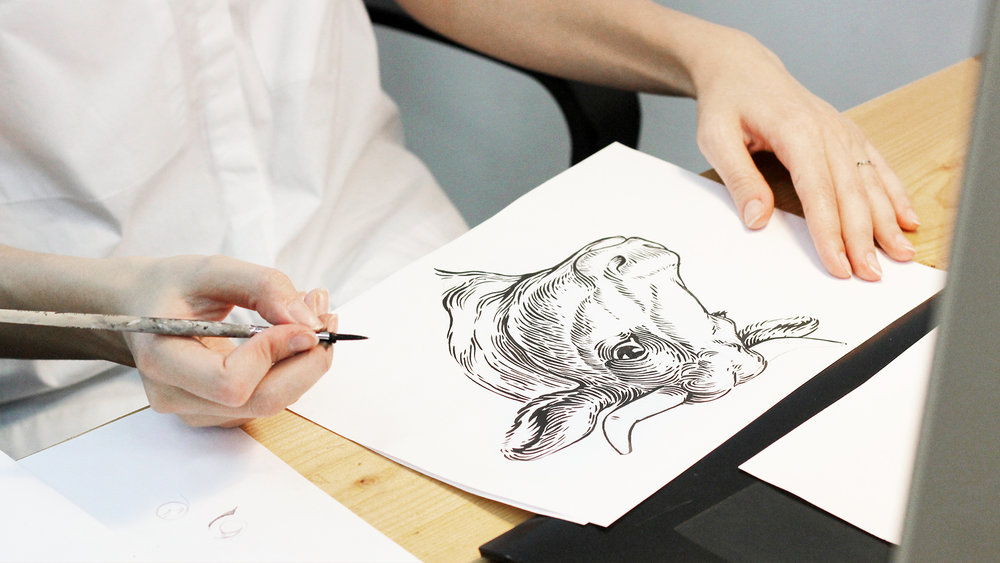 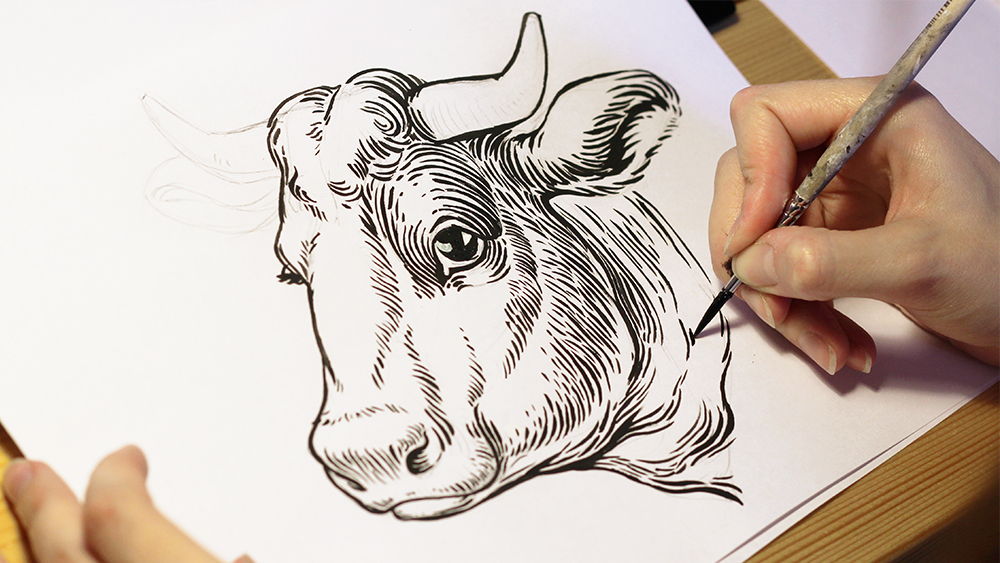 “In order to distinguish the different flavors of the stew, we drew animal heads using the pen-and-ink technique. It gave us the opportunity to tinker with line thickness, filling smooth contour lines with smaller strokes and dashes, which helped us achieve a rewarding level of detail and gave the illustration a dynamic feel.”

“We made the trademark logo different from the logo of the master brand of sausages and meat delicacies. The lettering is based on the general style and shape of the soft and cursive Jonesey font — a modern typeface with a vintage tone. The name is drawn using a continuous bright-red line, which adds smoothness and lyricism to its character. A contrasting inverse version of the logo is provided for putting against colored backgrounds.”

“We selected white tin cans to be used in production so that the matte paper label would contrast well with it and look attractive. Product information was provided in accordance with the strict standards of the American legislation. The texts were written in three languages — Russian, English, and Spanish for the Cuban audience. Each flavor was assigned a color to help customers identify the required product on the shelf.”