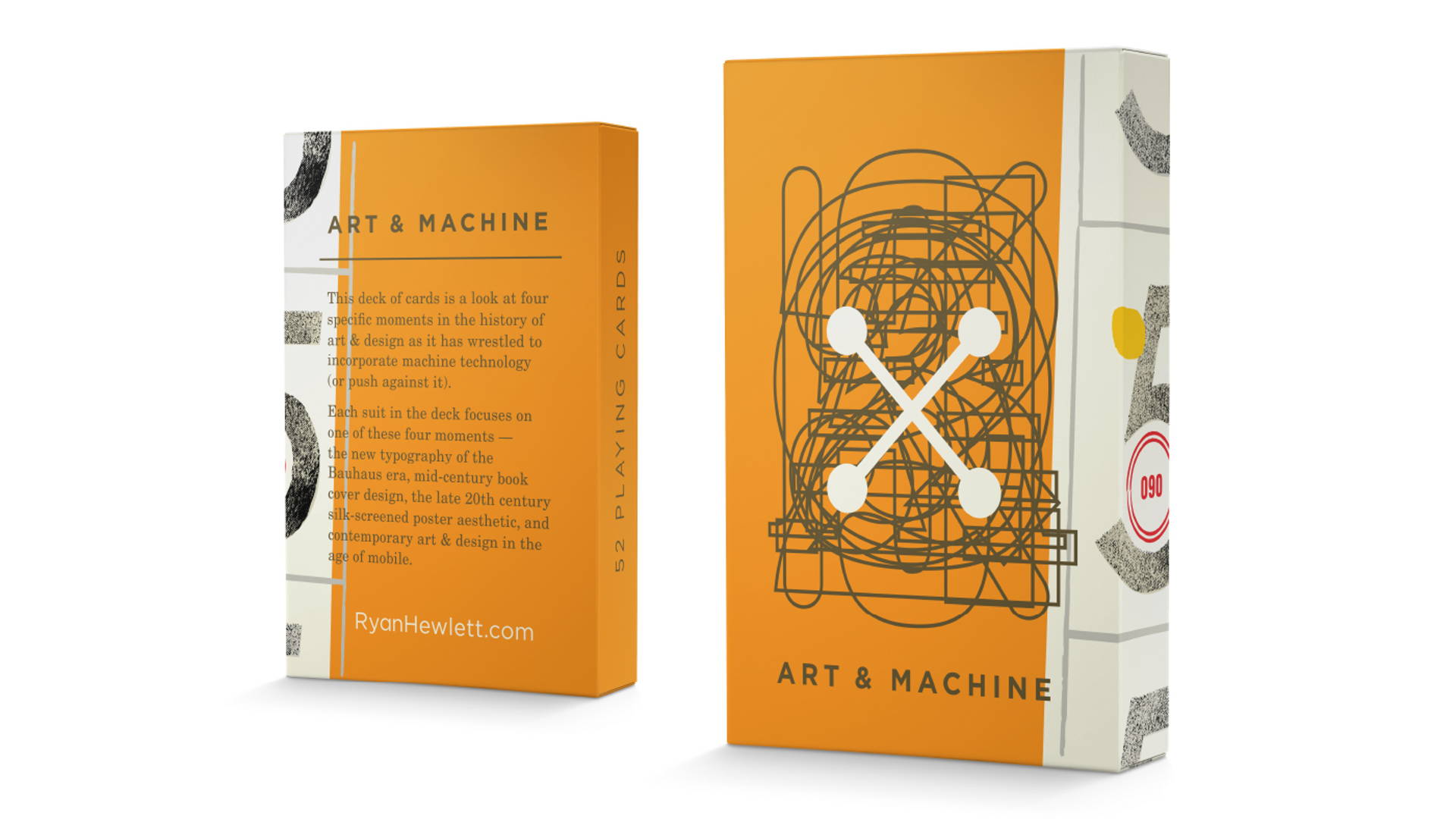 The Vintage Inspiration Behind the Modern Art & Machine Cards 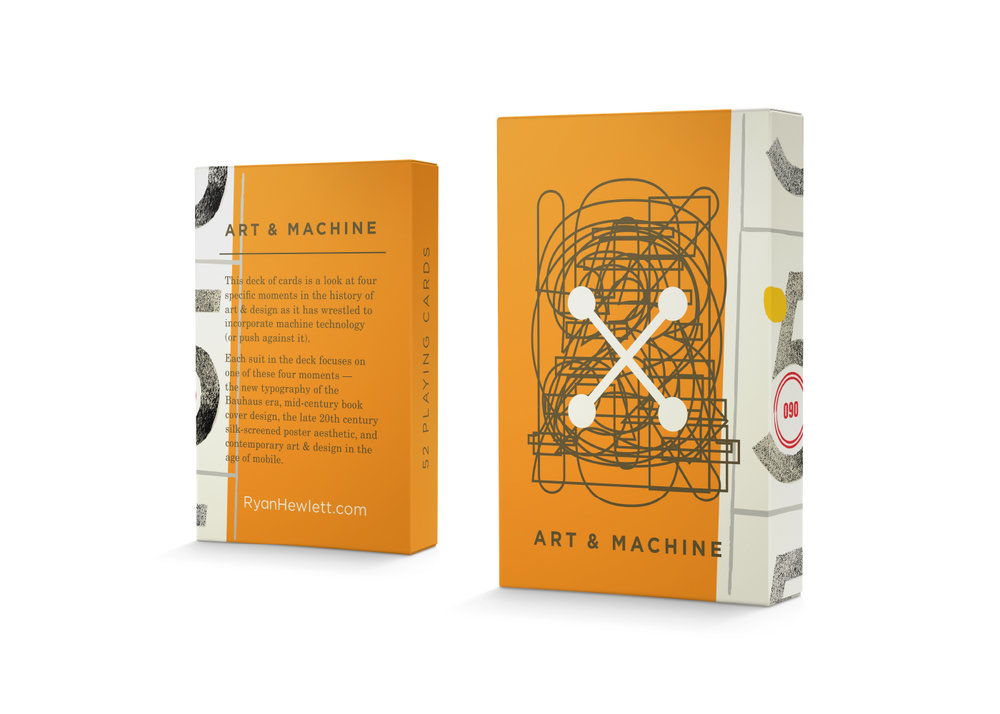 Jazz up your card games with this lovely deck designed by Ryan Hewlett. Art & Machine takes a closer look at four moments in the history of art and design: the new typography of the Bauhaus era, mid-century book cover design, the late 20th century silk-screened poster aesthetic, and contemporary art & design in the age of mobile. We spoke with Hewlett about creating the foundational narrative for this project, happy accidents, the challenge of creating something new from something old, and more.

Ryan Hewlett: While the aim for the project was a promotion for my freelance design and illustration work, I wanted the playing cards themselves to take precedence, and my name to be secondary. I wanted to make something that others would find meaningful—something that would be more likely to be put on the shelf than tossed in the trash.

Initially, my plan for the card deck was to create something centered around ephemera or art in general. But due to some recent study of the Modern era, the idea eventually evolved into a focus on art and design and its relationship with modern technology.

With this overall narrative as a foundation, I then got to work designing each card one at a time. It was a bit different than my normal process, where the design of a project tends to go through a number of rounds. For the most part, every card was created in one pass, with minimal revisions. This was mostly due to the constraints of having to turn out 52 unique designs in a short amount of time. But it also had much to do with the artistic nature of the project. It turned out to feel more like creating art than designing, where a lot of decisions were made intuitively. 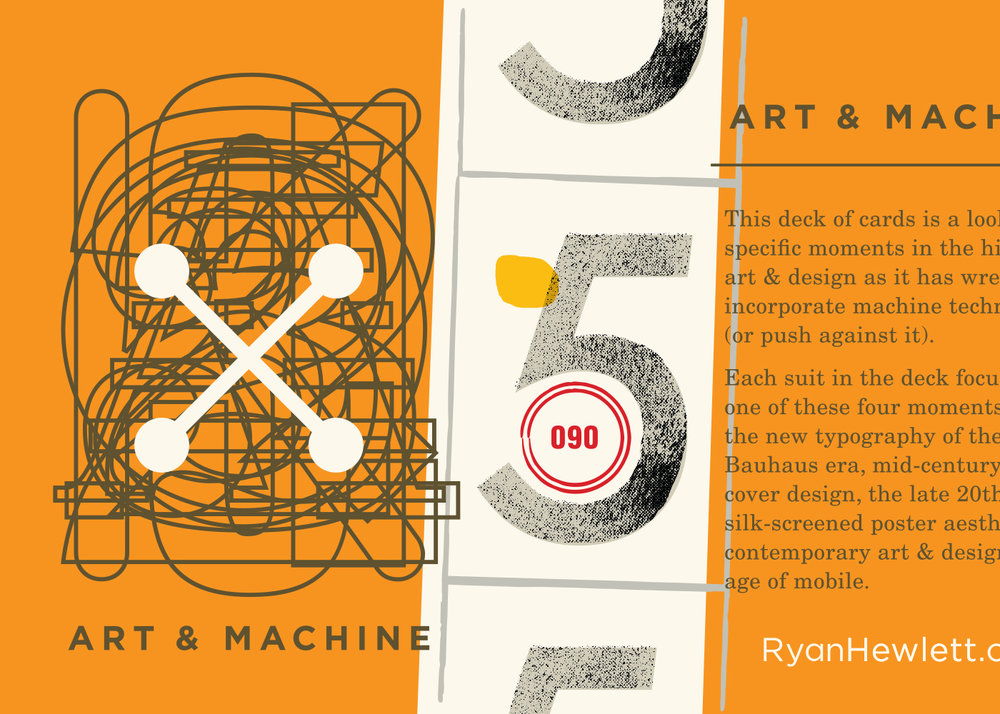 Where did you turn to for inspiration in creating a suit for each of these 4 moments in history?

Ryan Hewlett: Some of the artists and designers I specifically looked at for each of these time periods were Piet Zwart, Alvin Lustig, Aesthetic Apparatus, and Jesus Perea.

What was one of the biggest goals you set out to achieve with Art & Machine cards and packaging, and how did you accomplish it?

Ryan Hewlett: One of the main ideas was for each of the cards to feel like a little poster or piece of ephemera. I wanted it to feel like an eclectic collection, that gave the impression that each of the cards could have been gathered one-by-one and curated into a set. On the other hand, I wanted the overall aesthetic to also feel contemporary and up to date, not just another vintage inspired project. To this end, I made an effort to make it feel like it was familiar yet new. 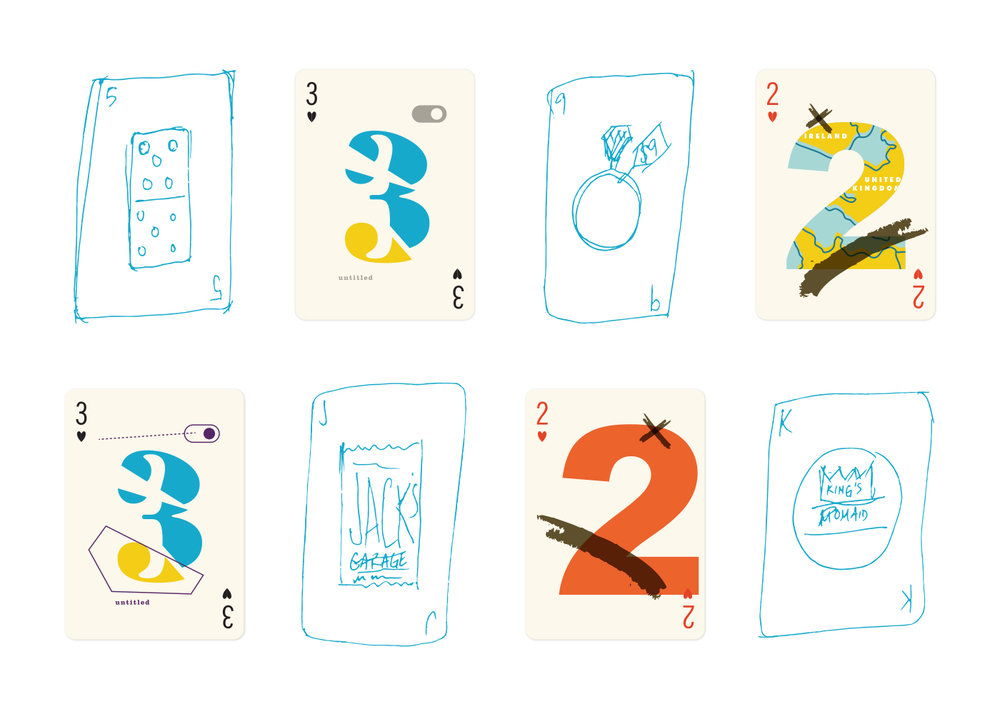 Ryan Hewlett: The challenge for this project was all the thrashing at the beginning, trying to get the idea to a solid point before moving forward. I tend to approach most projects this way. It's like pushing a rock up one side of a hill, that way it tends to roll down the other side more smoothly.

Ryan Hewlett: I think I would have to say that I am happy with how the packaging turned out. Particularly, because where I ended up was due to a happy accident. I had a slightly different layout in mind, but ironically because of a glitch in the software I was using, it rendered the packaging in an unintentional way. But, it was one of those moments where you notice "hey, that looks much better than what I had in mind". So you could say this was a personal example of machine technology affecting my art & design for the better. 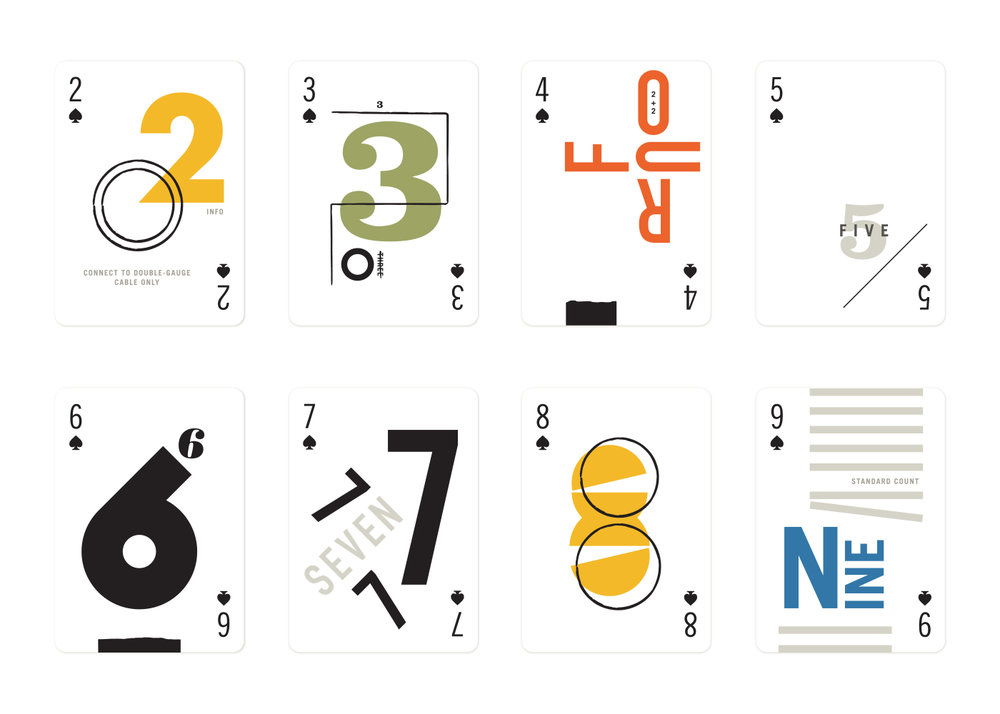 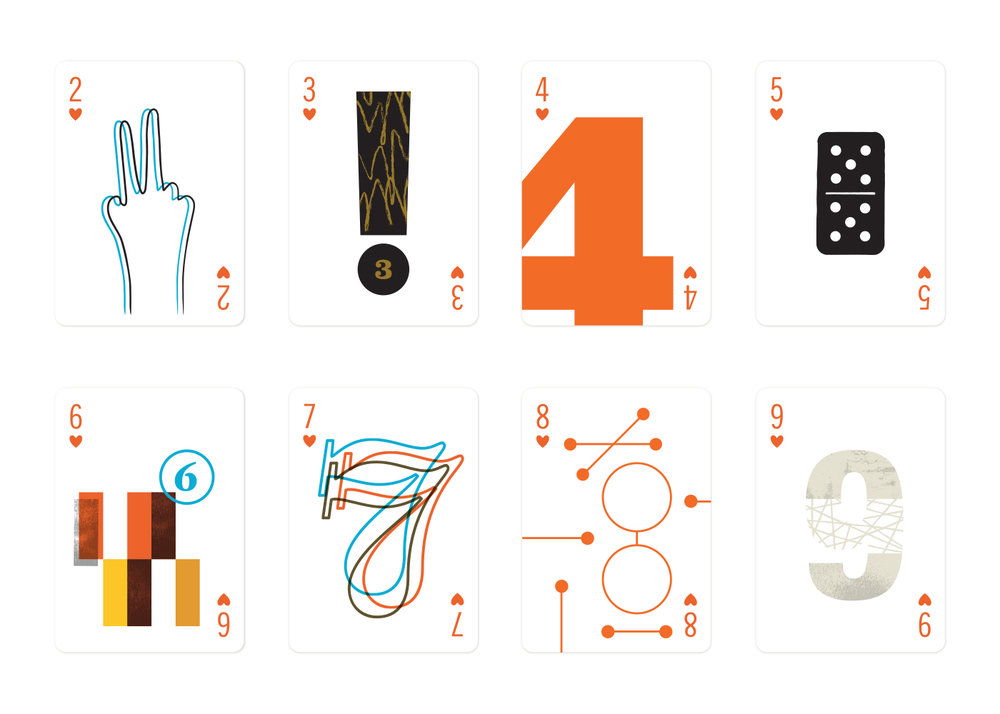 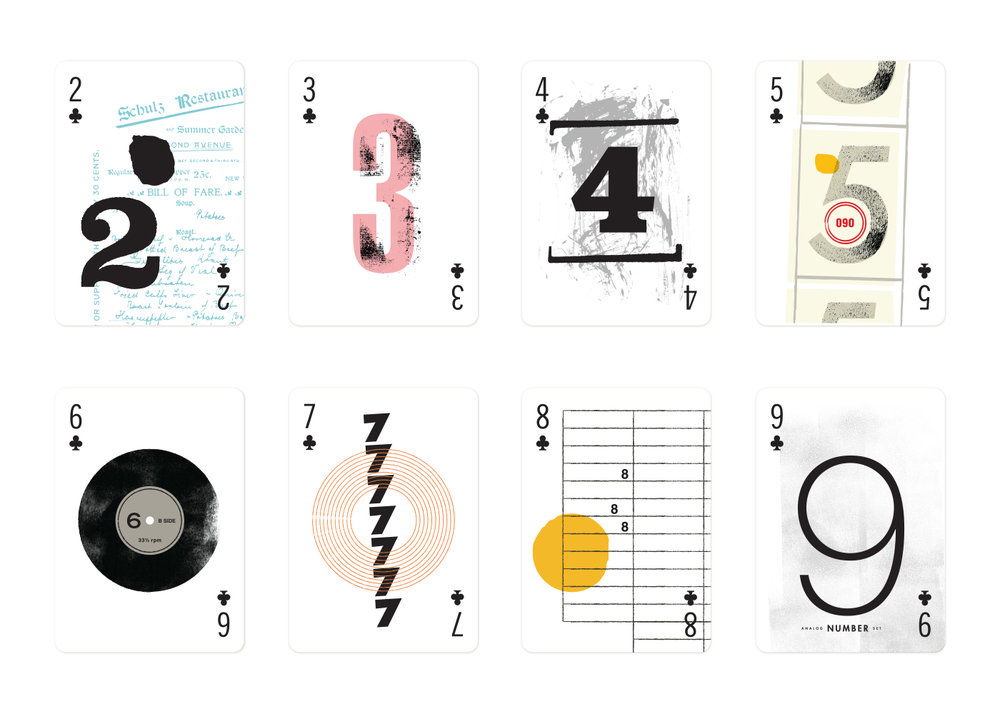 Ryan Hewlett: It is a different kind of working process to reference specific eras (particularly older eras) and try to create something new. What I mean by that, is certainly we all take reference from design history, but this was more in-depth. For instance, in the case of trying to create designs that parallel the Bauhaus period, you start to feel a connection to that era. But I guess that is an element of effective design, the ability to connect, even across time. 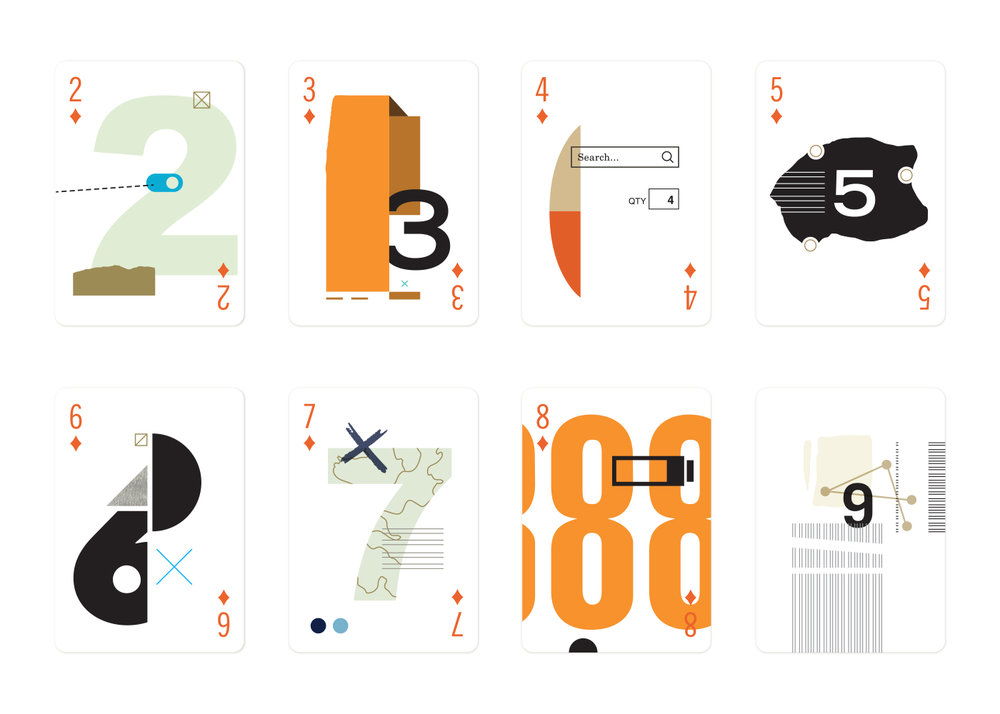