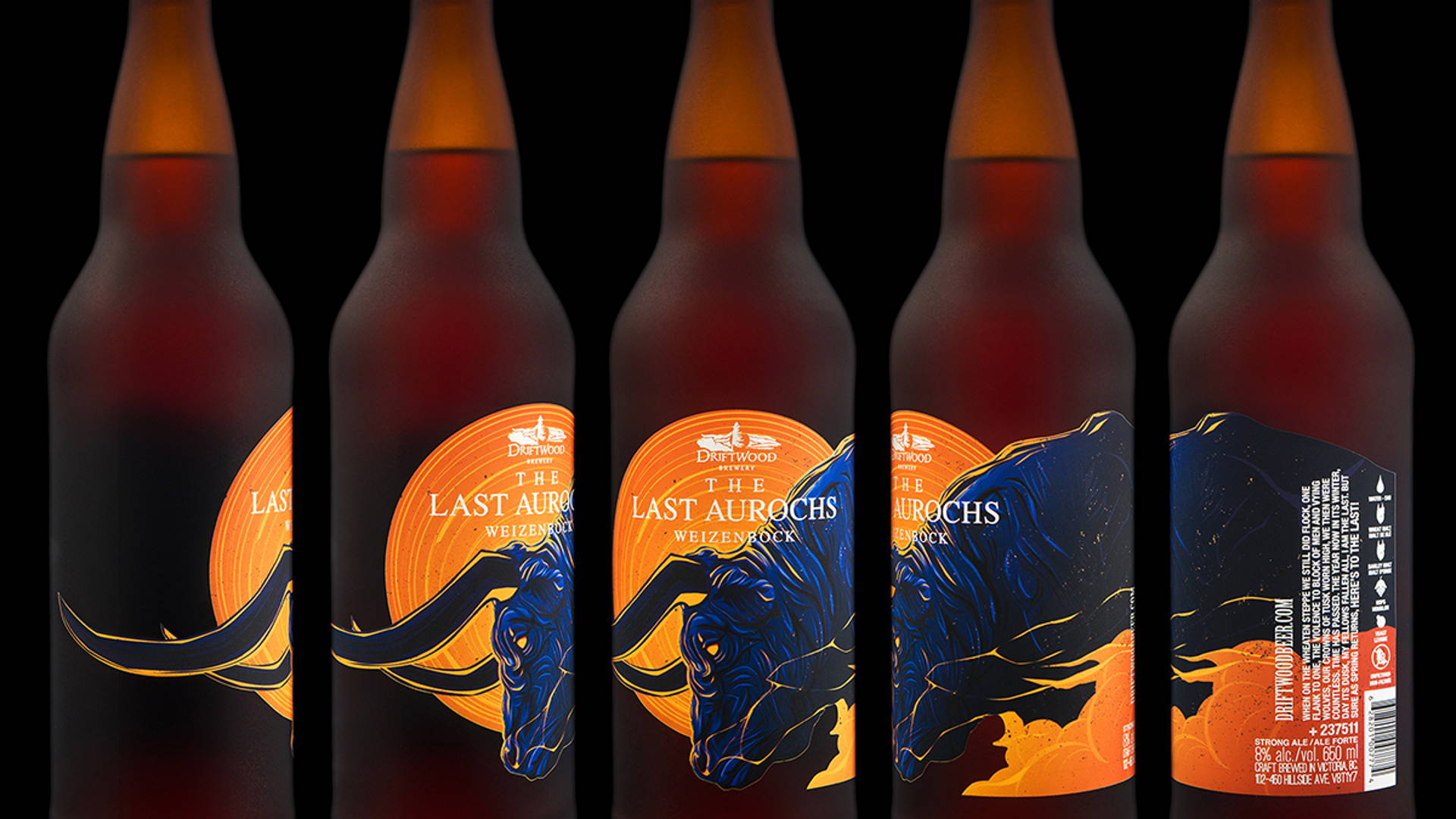 The Last Aurochs Is Another Beautiful Brew From Driftwood 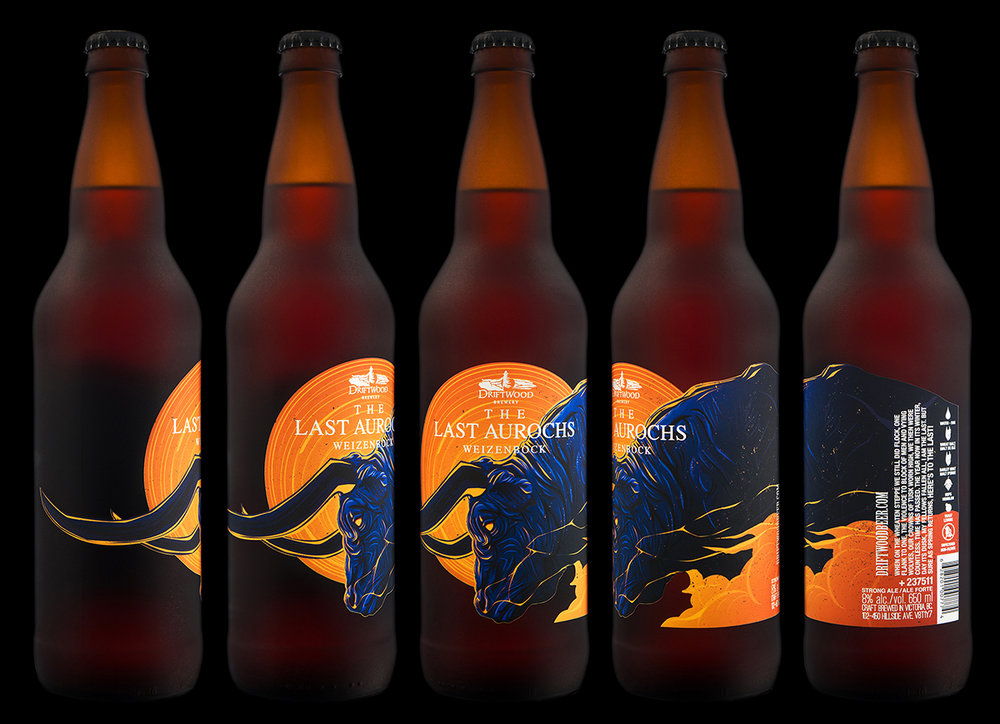 Hired Guns Creative has come out with another beautiful design for Driftwood Brewery, this time for their Weizenbock brew. As always, the design features a wonderfully detailed illustration that captures your attention right away. 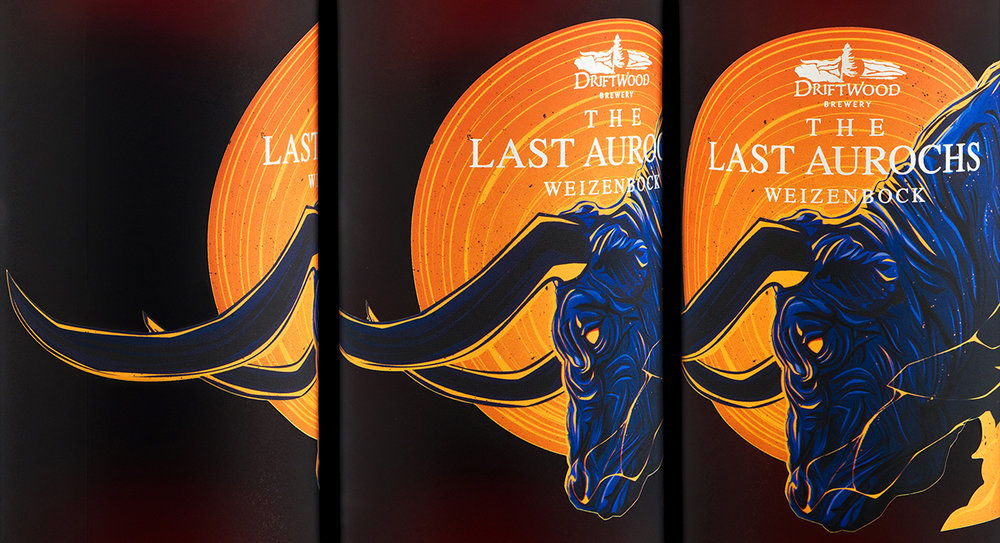 "For Driftwood Brewery’s new Weizenbock, we decided to illustrate an aurochs (an extinct ancestor of modern cattle), putting a spin on the traditional goat illustrations featured on most bocks, while retaining a subliminal connection to the beer style by speaking in a similar design language. We laid out the aurochs so that it’s charging across the centerline, emphasizing the main action, with the left-of-center area almost entirely taken up by the aurochs’ iconic horns. To set it all off, we used a bold orange-and-indigo colour palette, rendering in rim lighting to accentuate the silhouette’s strong S-curves and the motion of the kicked-up dust clouds." 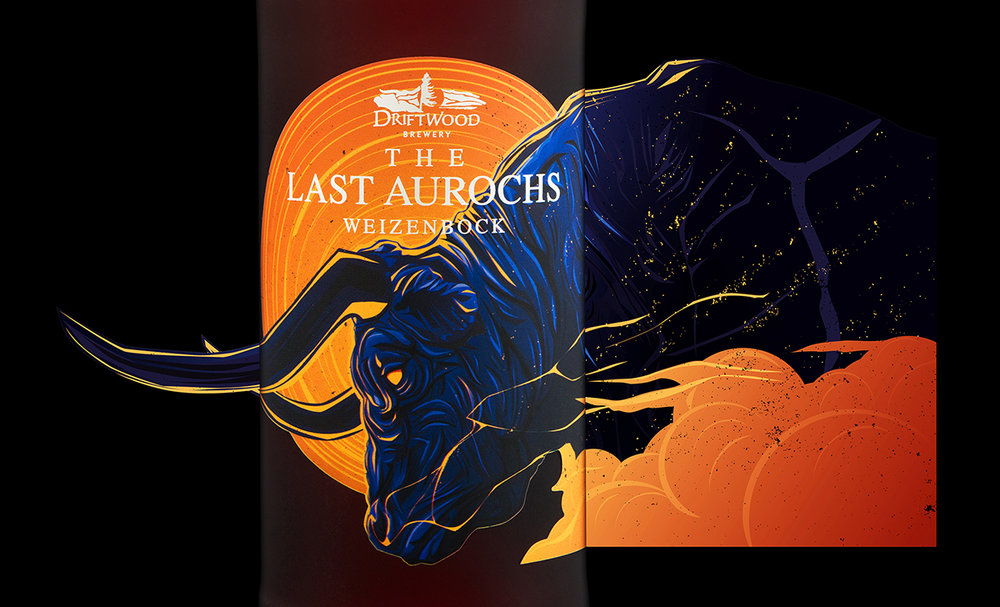 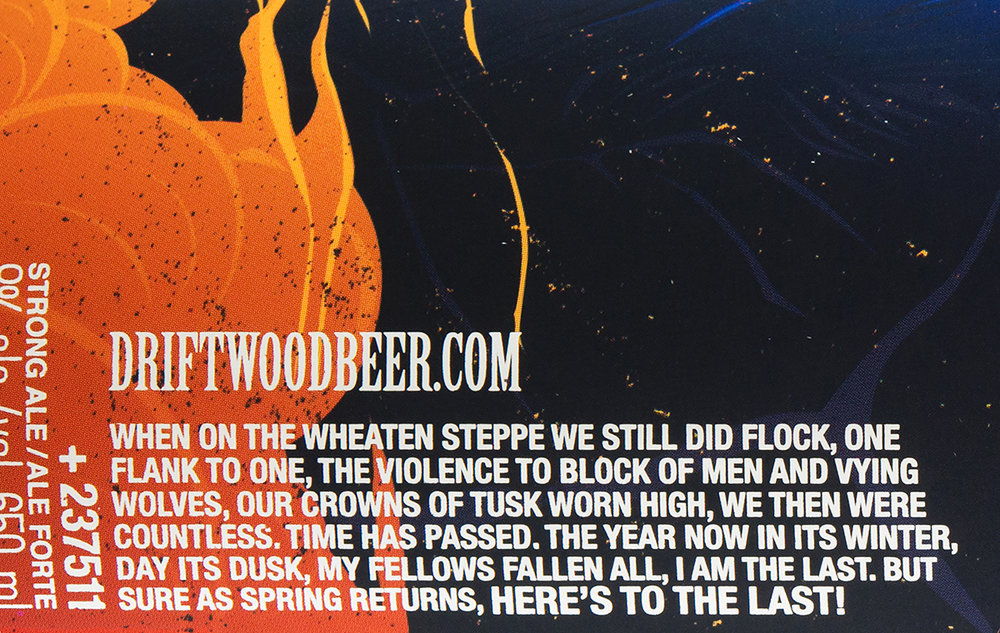 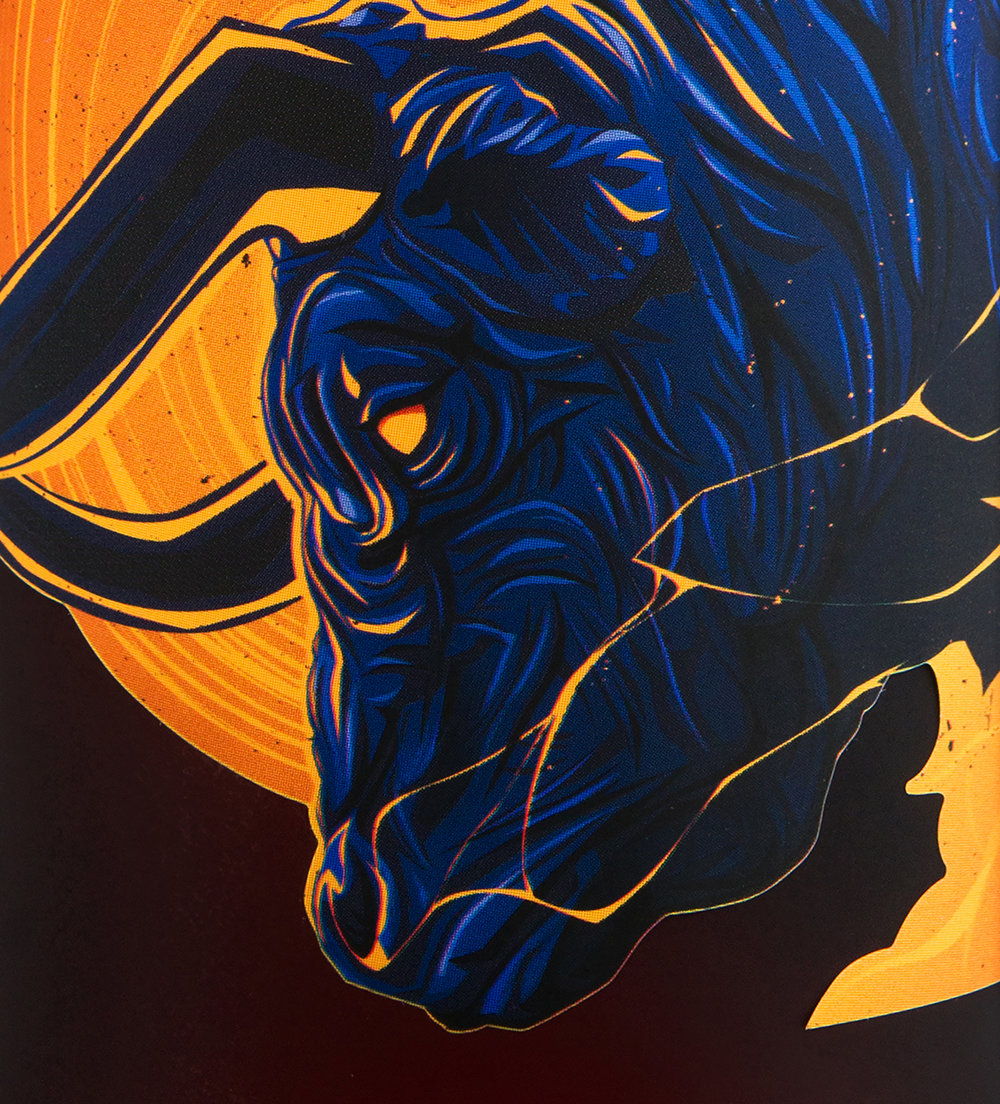 "When on the wheaten steppe we still did flock, One flank to one, the violence to block Of men and vying wolves, our crowns of tusk Worn high, we then were countless. Time has passed. The year now in its winter, day its dusk, My fellows fallen all, I am the last. But sure as spring returns, here’s to the last!" 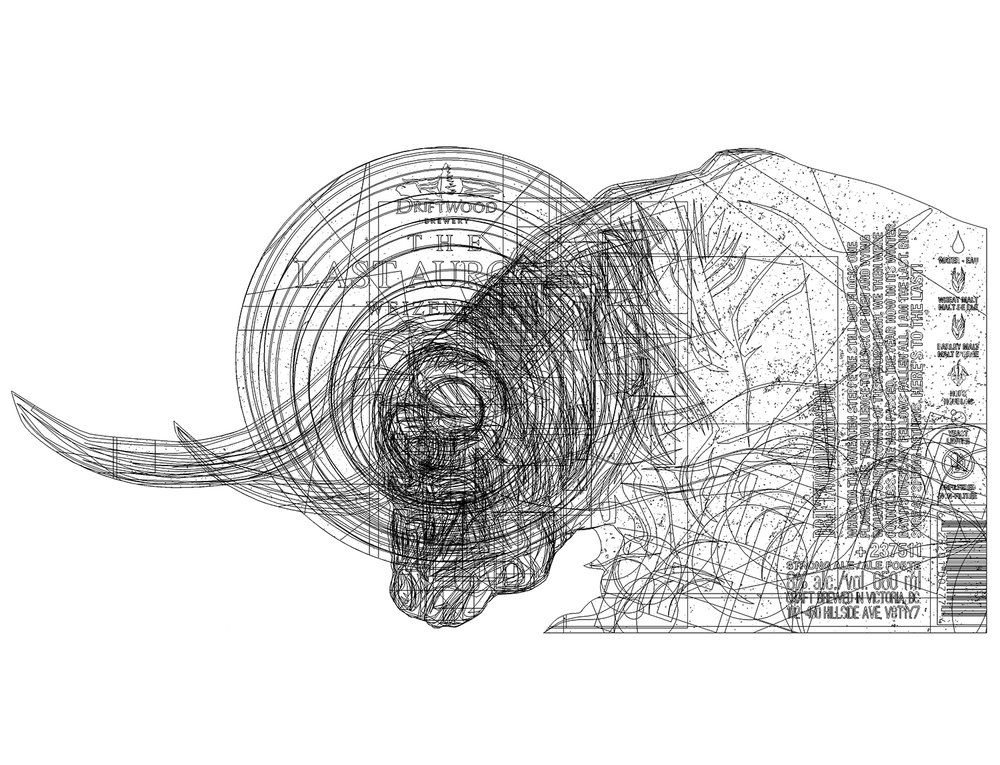 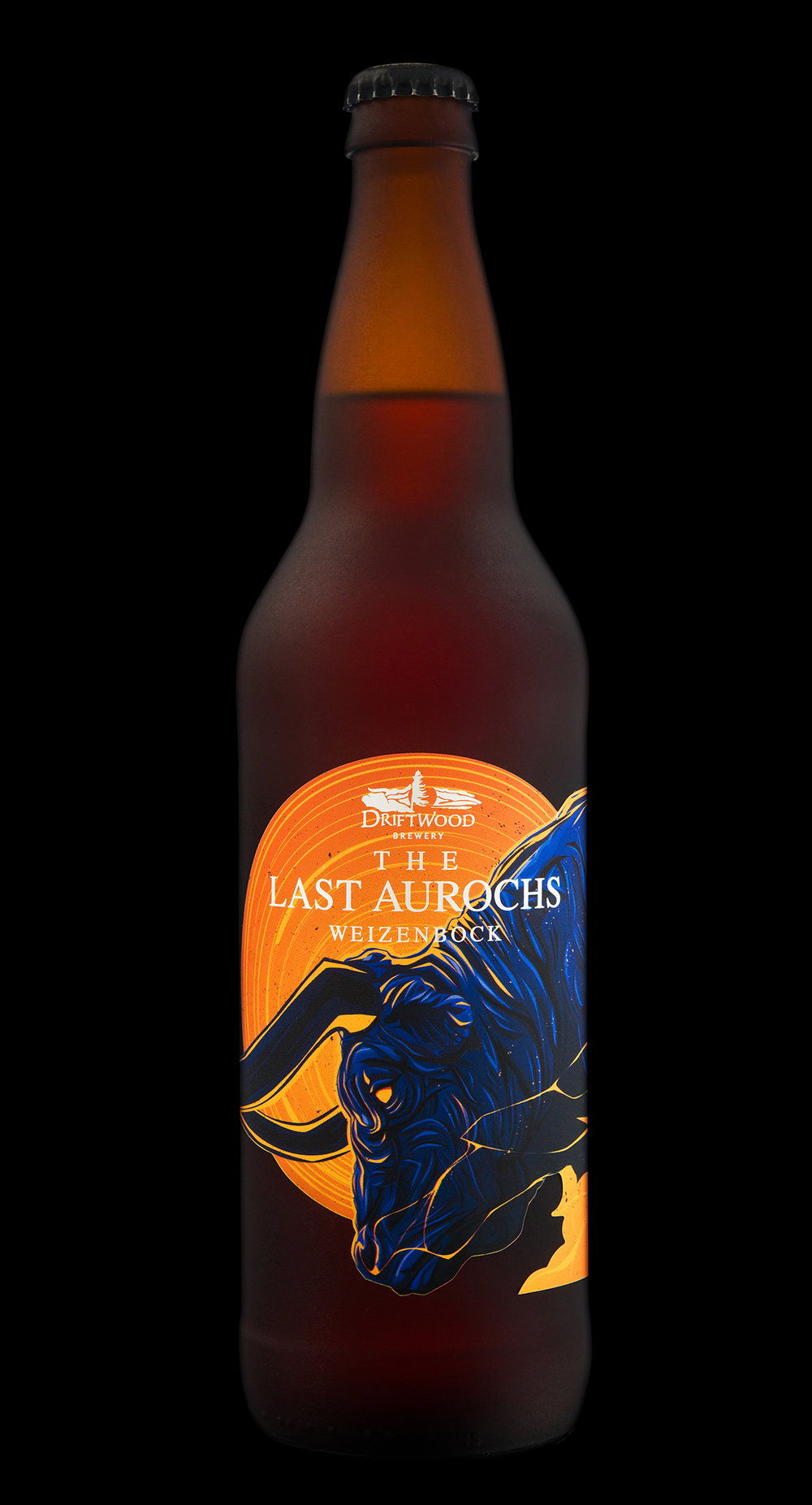 A Unique Card Game That Can Help You Make Art

These Meat Snacks Have a Classy Look