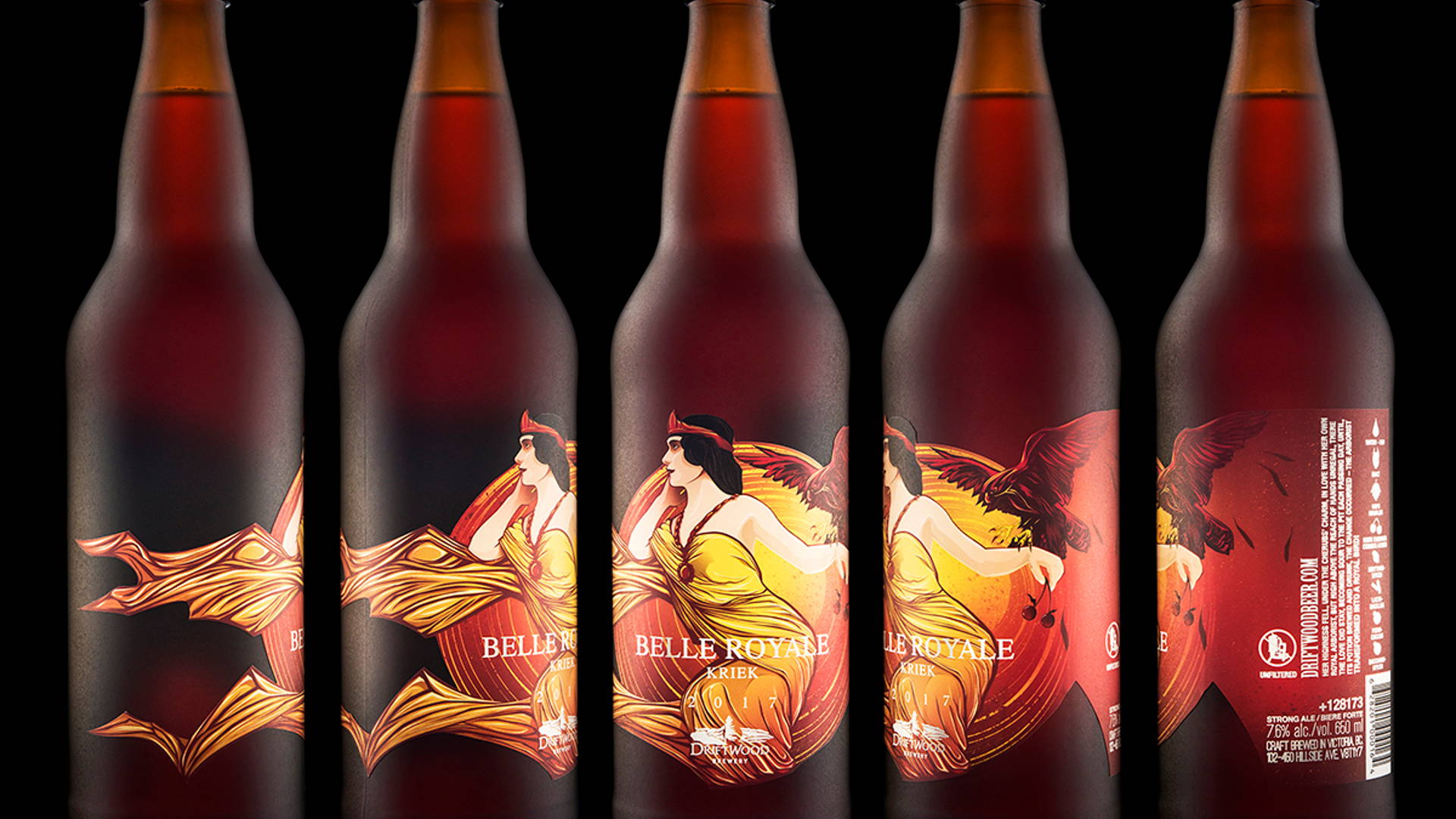 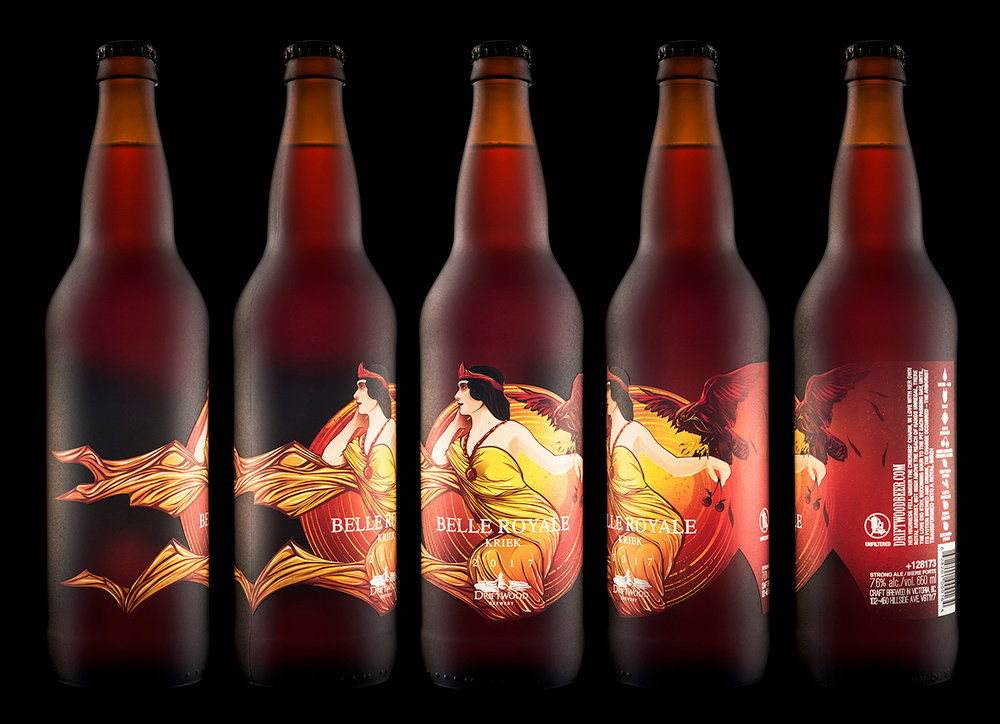 Hired Guns Creative created this beautiful packaging redesign for Driftwood Brewery’s Belle Royale Kriek. The illustration is the driving force of this brew, as it is executed in such a skillful manner, taking inspiration from the Art Nouveau movement.

"For our redesign of Driftwood’s Belle Royale Kriek, a Belgian-style sour fermented with Morello cherries, we decided to refigure the falconer into a narrative scene reminiscent of classical mythology. The poised stillness of Belle’s pose stands in dynamic contrast to her windswept silk and mid-flight falcon." 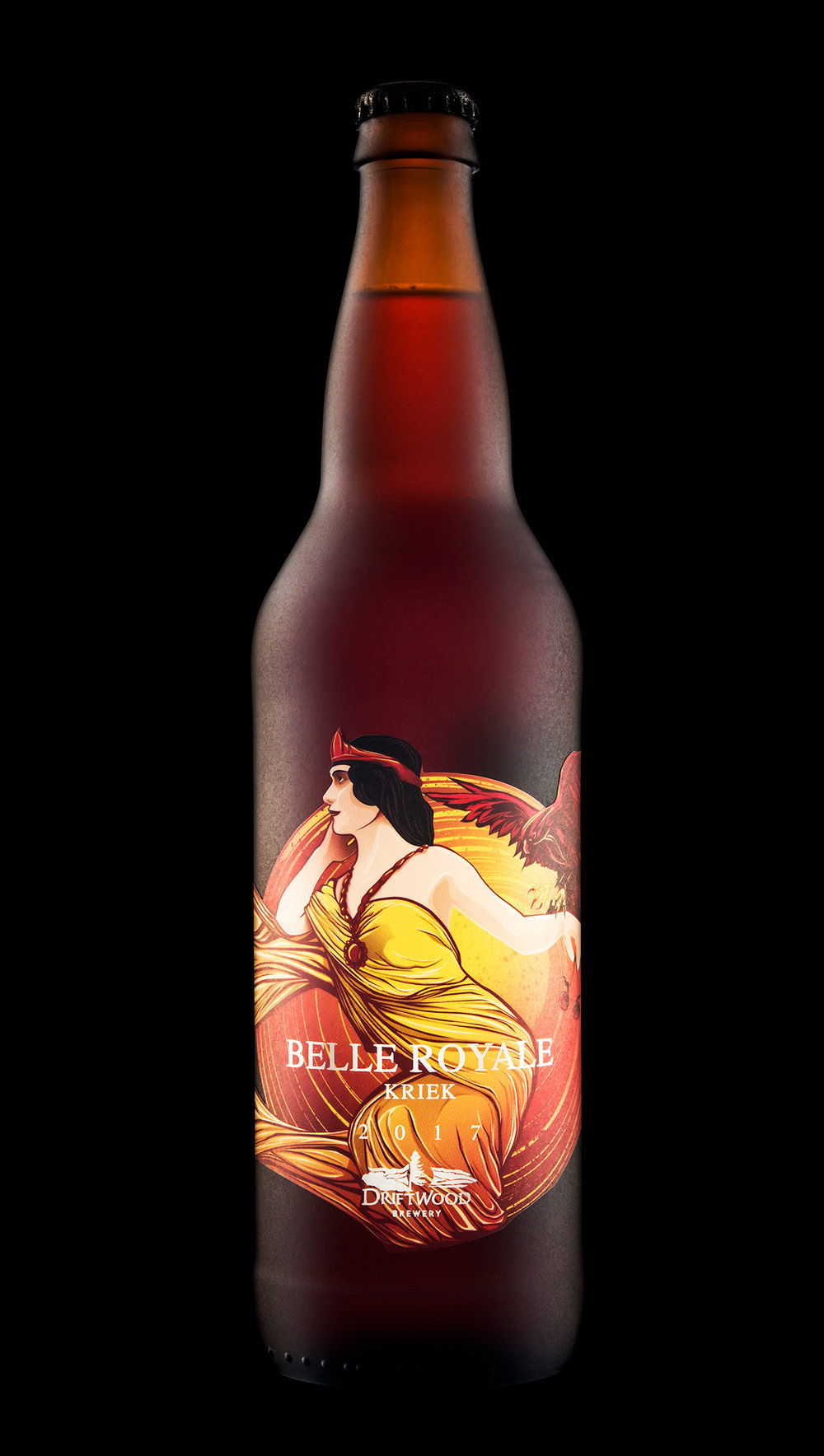 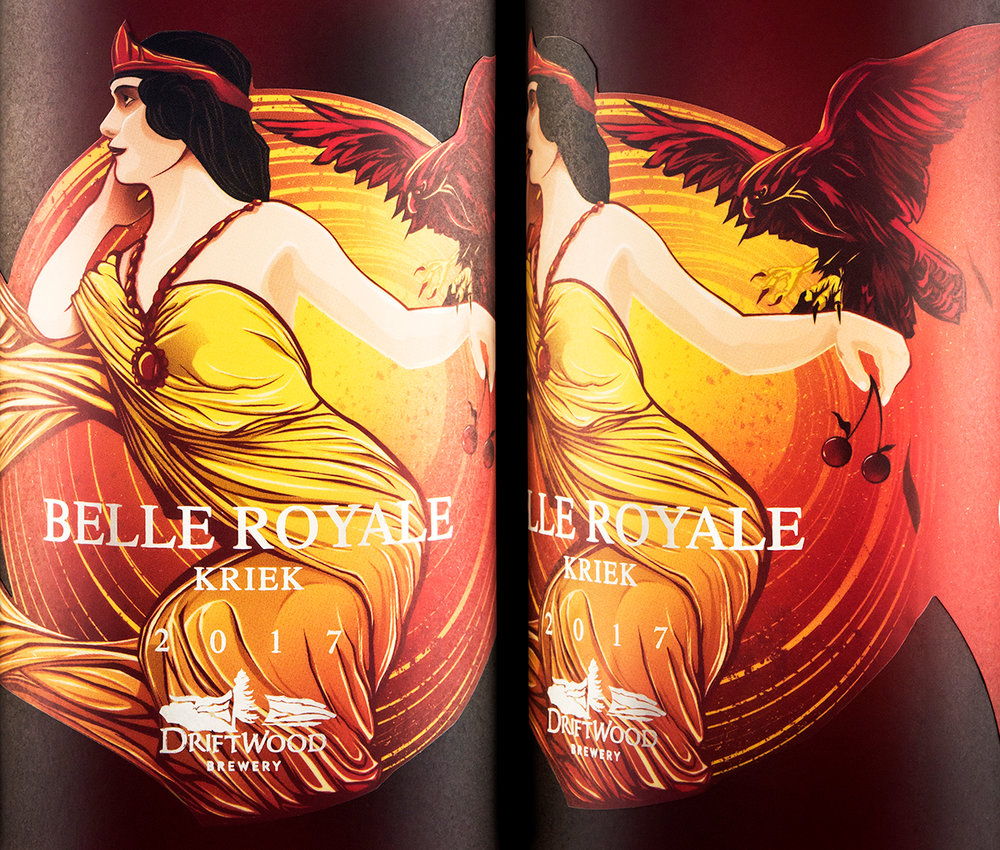 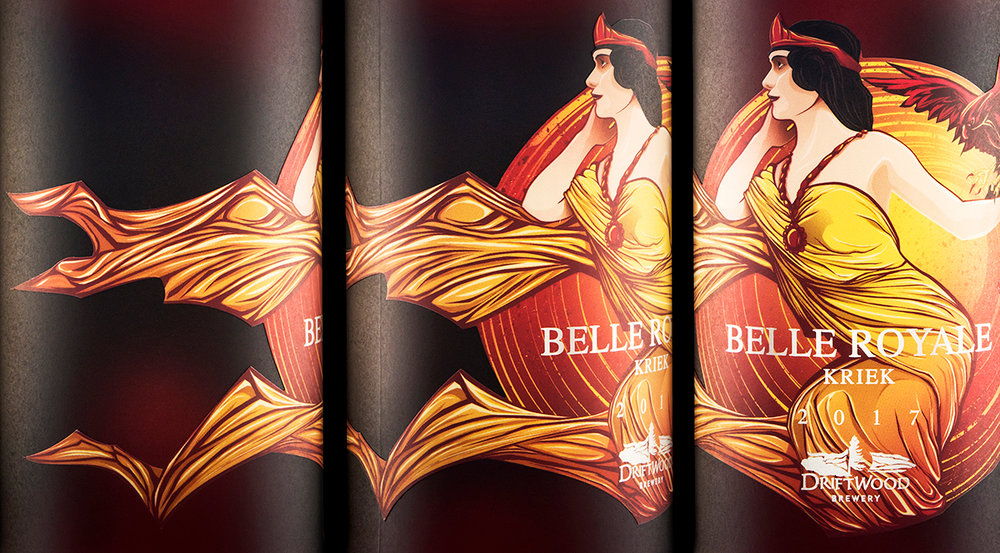 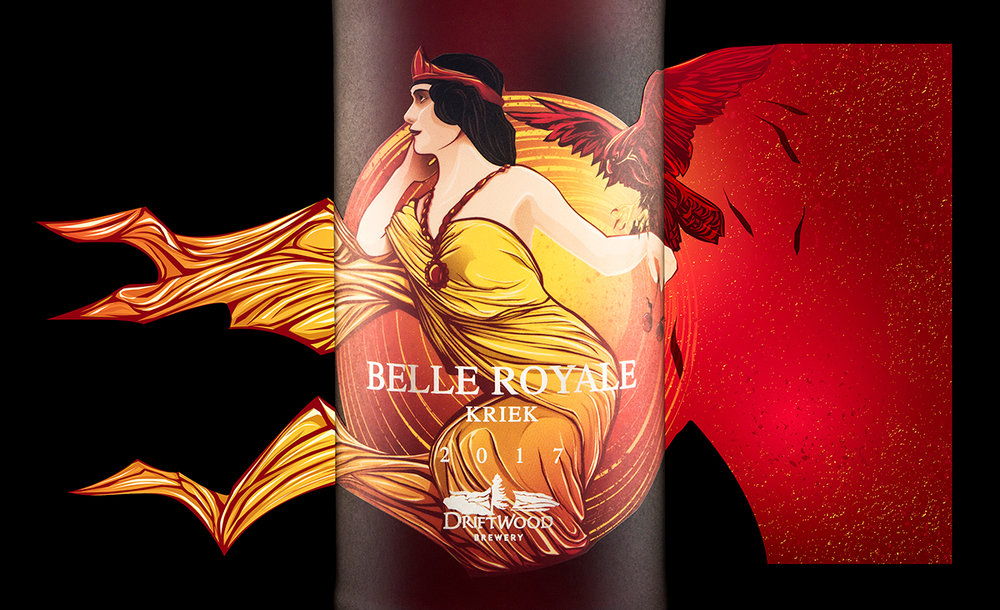 "Accompanying the illustration is a short poem, written in rhyming couplets of iambic hexameter, influenced by English translations of Ovid and Virgil.

Her Highness fell, under the cherubs’ charm, in love With her own royal arborist, but high above The reach of hands unregal, there the love did stay, Becoming sour to the pit each passing day, Until, its potion brewed and drunk, the change occurred – The arborist transformed into a royal bird!" 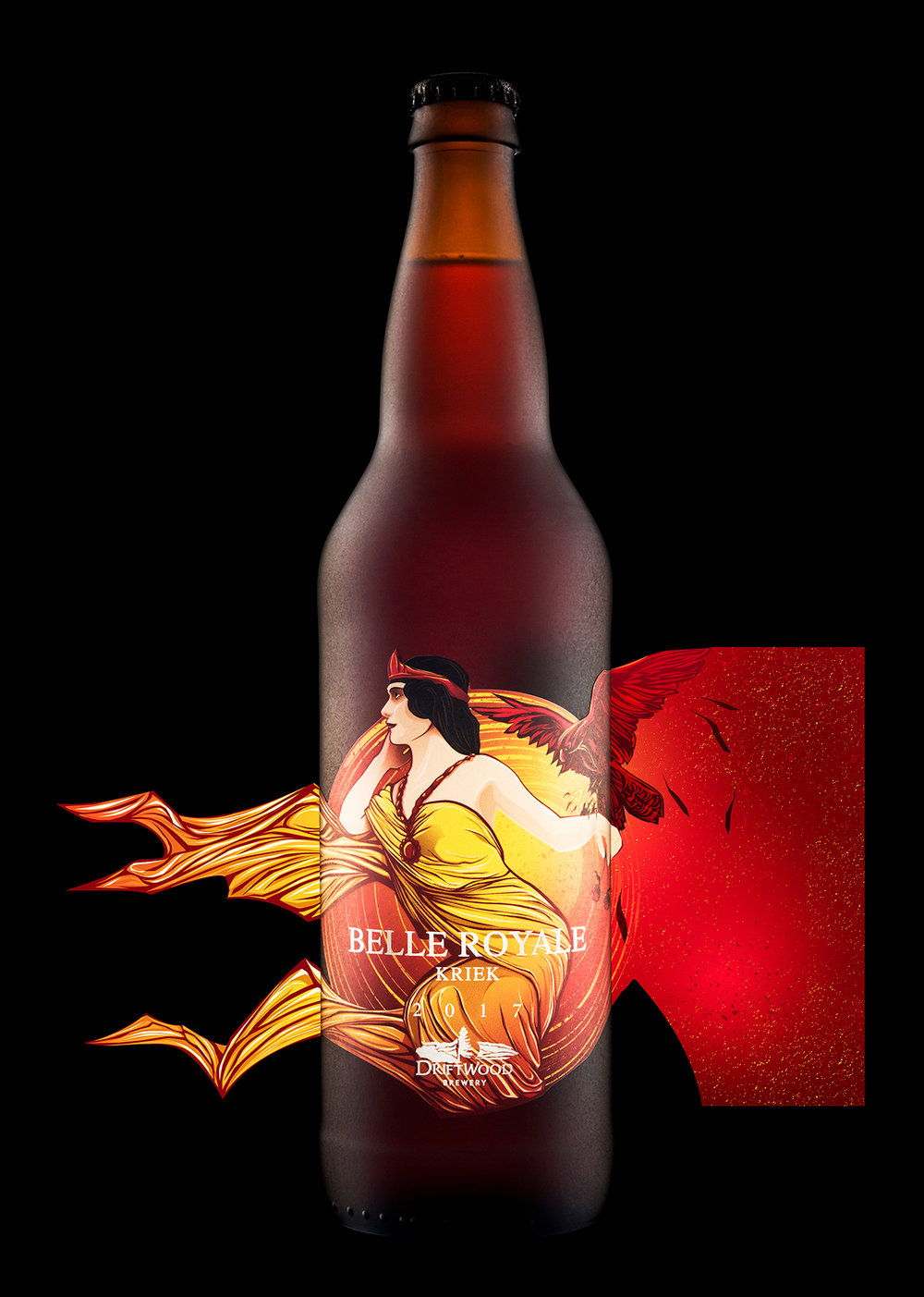 Can you Design for Retail Without Compromising your Brand?