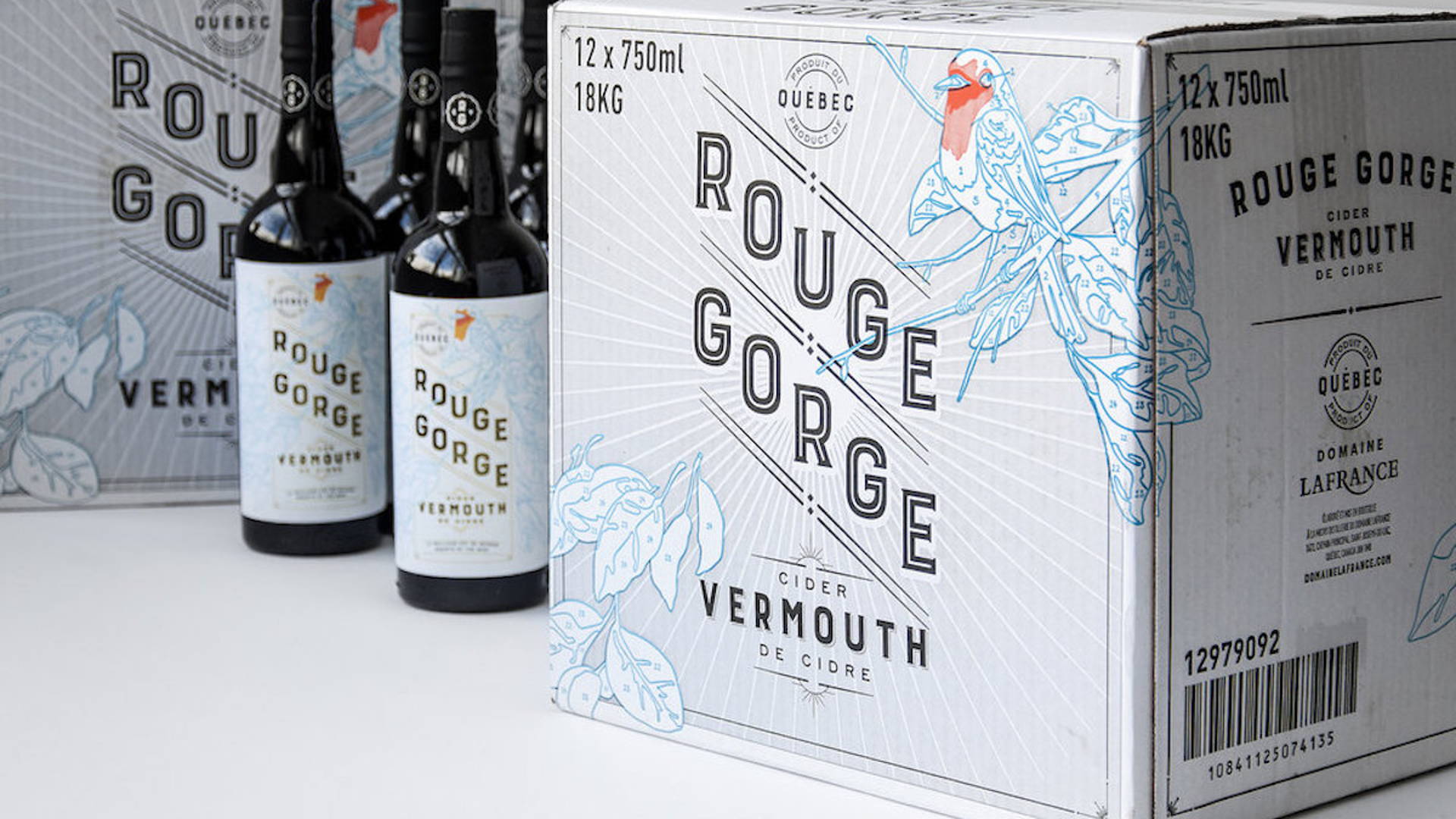 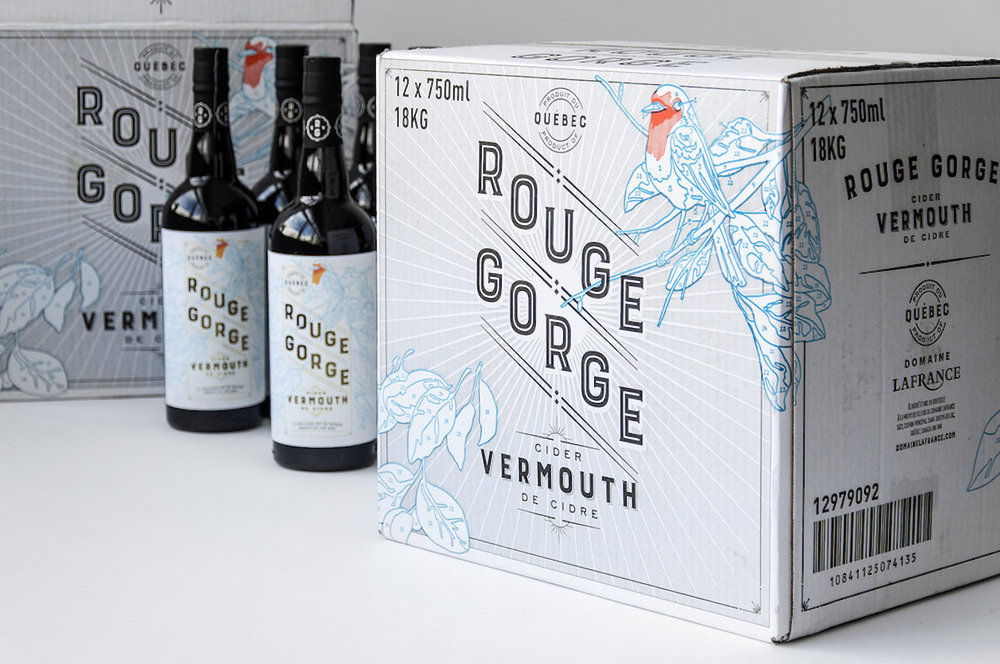 Craft beer and whiskey have certainly situated themselves as a favorite in the younger to mid-20s crowd, but vermouth? It might just be making a comeback, too. We spoke with Sébastien Bisson of Polygraphe on their work for Rouge Gorge Cider Vermouth, how to build ideas rather than starting from scratch, and dealing with an ever-changing design brief.

Polygraphe: The context in which we had to create this project was everything but simple. We knew very little of this client as it was our first real collaboration. We knew their great reputation as one of the greatest apple producers in the area, and that they had great success with their apple cider industry. Lately, they wanted to diversify their portfolio of apple-related alcohol products and target a whole new audience with these new products. They heard about us from a previous collaboration we had with their distribution agency and some work we did for other alcohol labels.

At first, the brief was to brand a new apple Whisky, as they didn’t even think about creating a Vermouth. They had been working on a Whisky recipe for months and that was the product they wanted to bring out. The name of the Whisky was Pic-Bois (‘woodpecker’ in French). So after a few weeks of creation we developed a brand around the concept of a half human, half bird, in a very dark and moody atmosphere that honoured the Whisky. They loved it.

Months later, a phone call announced that the Whisky was no longer a Whisky, but a Vermouth, and that Pic-Bois couldn’t be legally used for the product. The target audience changed, the product changed and the name changed. The only thing we kept was the idea of a bird, as this new Vermouth would be called Rouge Gorge (robin). 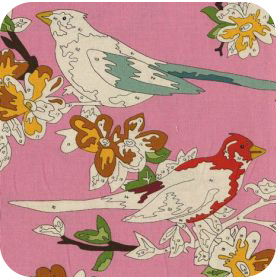 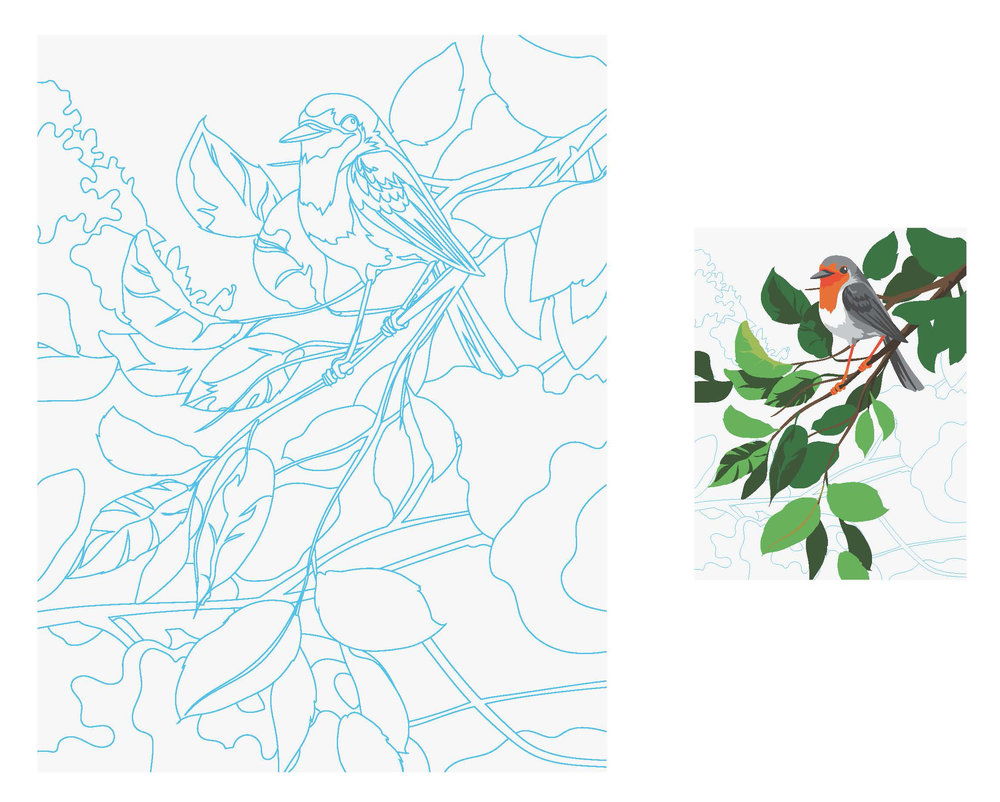 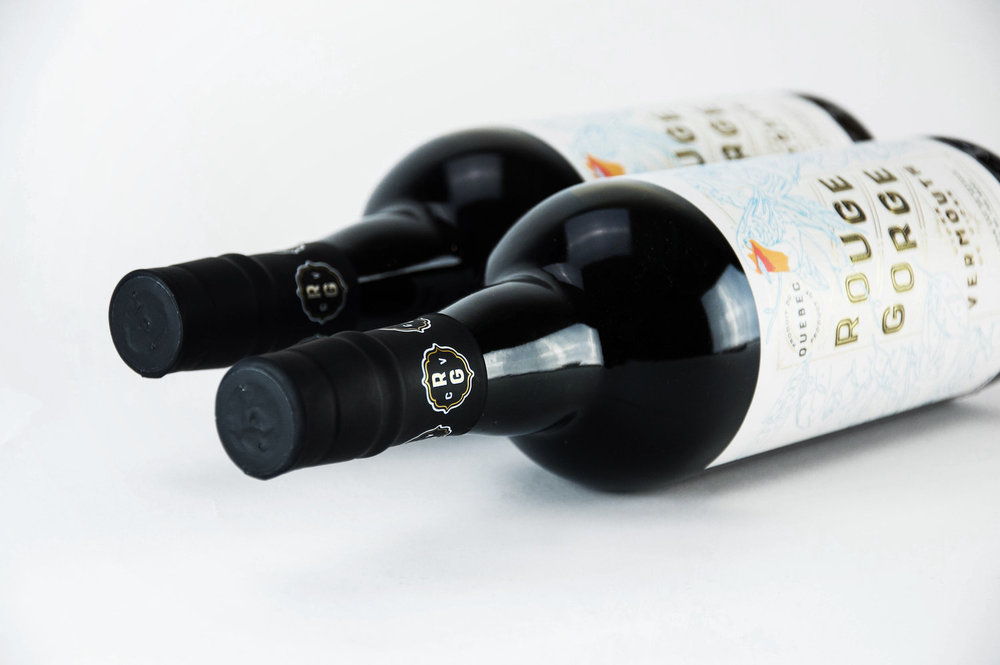 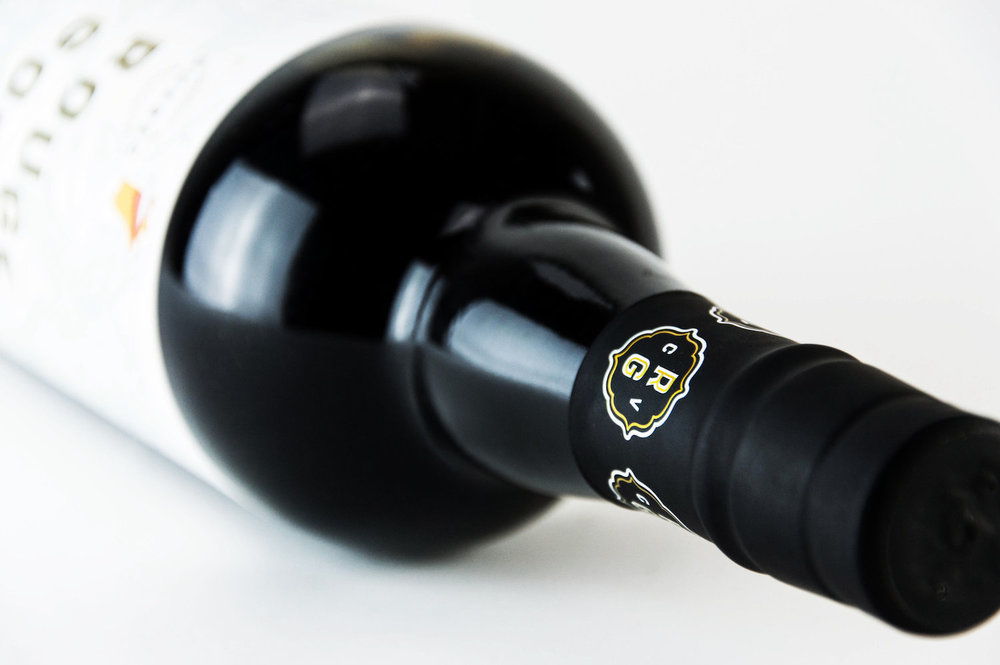 Since we had already presented many concepts around a bird for the Whisky phase, we had no choice but to reinvent ourselves for the Rouge Gorge. First thing was to identify key aspects of this product’s personality, and visualize the target audience we were talking to. Vermouth is an old alcohol that had it’s hours of glory in the ’60’s-’70’s, and is regaining popularity lately after a few decades of being neglected. We wanted to talk to a young crowd who didn’t experience the first era of the product, still by celebrating a bygone era, in a very modern way.

We presented the idea with mood boards of different examples of paint-by-numbers images, side by side with a rough sketch of what the illustration would be like, with a bird, branches and leaves, and a first idea of the typographic style and its integration with the imagery. What was important to us is that the paint-by-numbers would be uncoloured, except for the red portion of the image, on the neck of the robin, highlighting the whole concept of the product’s name: Rouge Gorge (‘red throat’).

The client loved it, everyone was happy. Now the challenge was to make it happen for real! We called a local illustrator that we knew—Jérôme Mireault from Colagene—and briefed him on the concept. To make it the most authentic possible, we asked him to create the illustration in color, using at most 9 different color shades, so he would be able to identify real color zones with numbers. We than erased these colors except for the red tones. The major challenge was to integrate his illustration precisely with the typography, as they are intimately related to each other. In order to do so, we had to create the typographic design before the illustration, so Jerome could create the image consequently. It ended up going very well and very little adjustments where required to make the image fit the design. 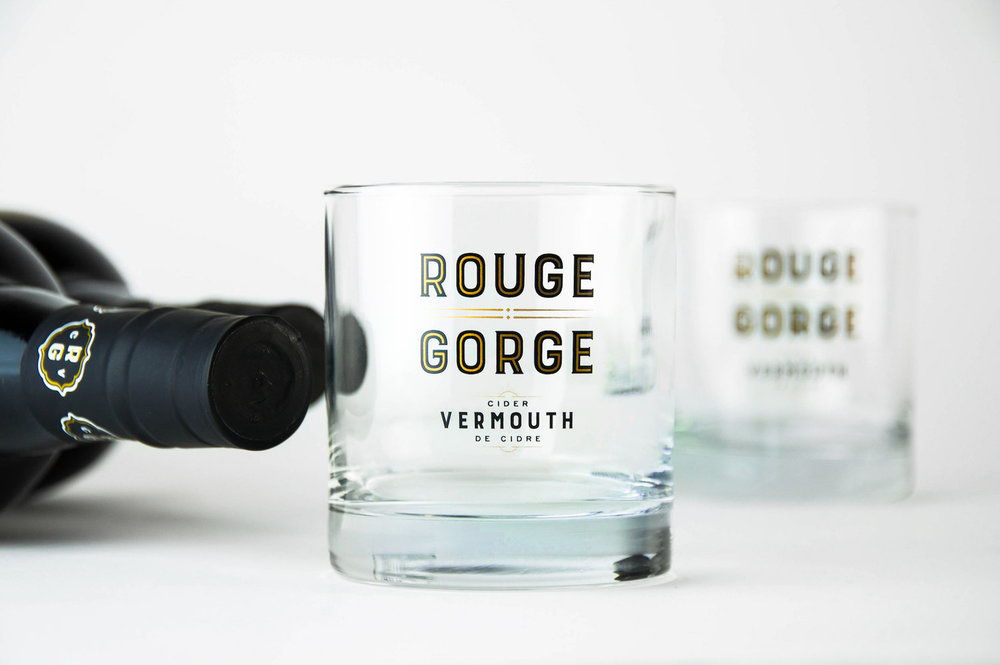 What was one of the biggest goals you set out to achieve with Rouge Gorge Cider Vermouth packaging and how did you accomplish it?

Polygraphe: Our target audience where the millennials who had never been exposed to this drink before. The Vermouth is trending now and the client saw an opportunity to catch this new crowd of enthusiasts trendsetters. Our goal was to make them love the brand because they could identify themselves in it and become ambassadors. So far, they embraced it and the product is a success story. Of course we had to honour the heritage and historical references of this drink so we don’t repel genuine Vermouth lovers.

Polygraphe: There were many challenges in fact: the fact that the brief changed so many times, to make the illustration strong enough to call out from a shelf, keeping intact the paint-by-numbers reference and concept so there would be no confusion as to what the message was, making the illustration and typography intimately related, and working on such small surfaces as an alcohol label.

How did you balance creating a design that was equally classic and contemporary?

Polygraphe: The paint-by-numbers imagery has the quality of bridging old and new all at once. Its historical references are old but the style and rendering has a modern and minimal look. All mixed up with classic typographic references, but remarkably surprising on a Vermouth bottle, which is still perceived as an old-fashion drink...all of this creates a perpetual pendulum swinging from old to modern era. 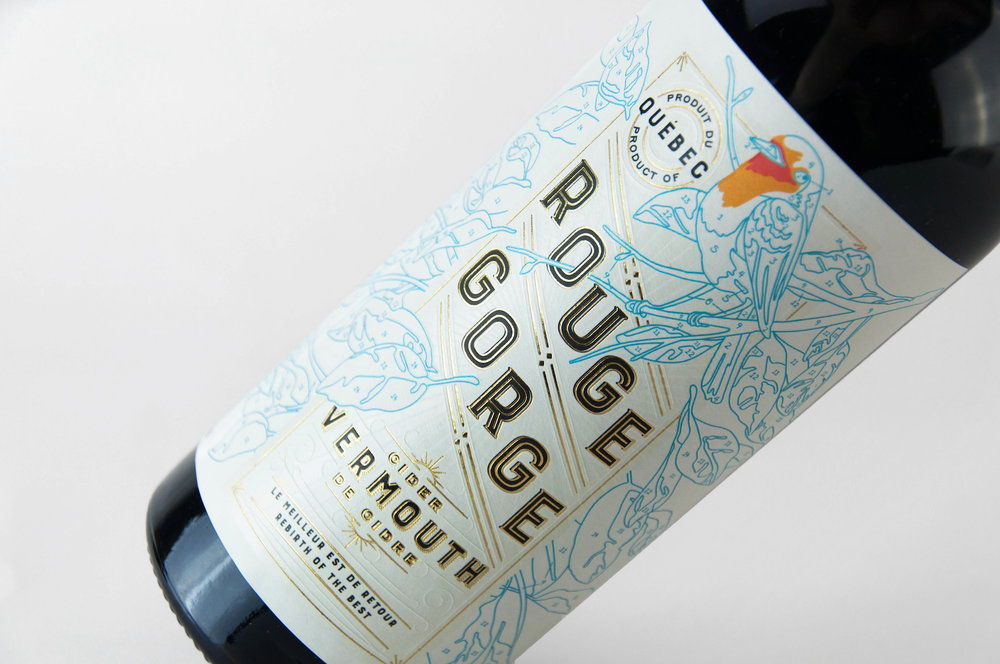 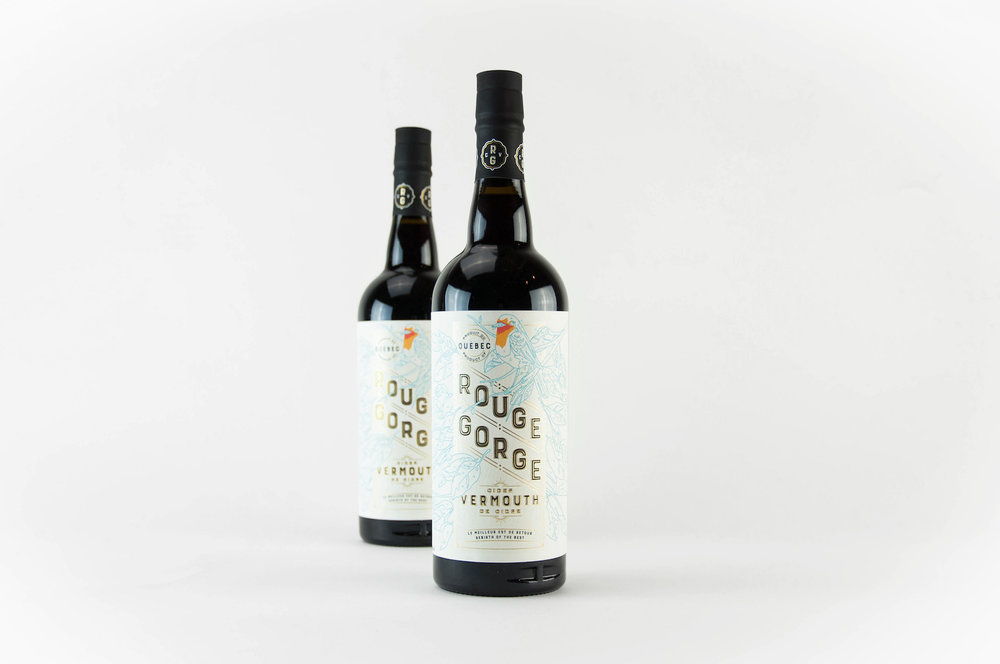 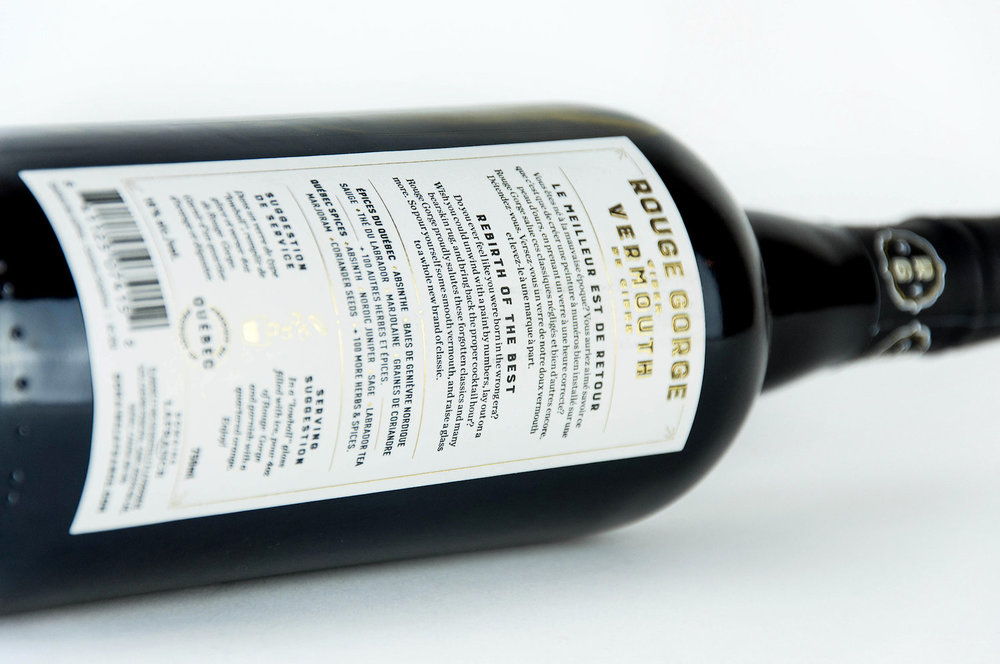 How (if at all) did the actual taste of the vermouth affect the packaging design?

Polygraphe: It did not! The product didn’t even exist at the beginning of the project. We created a brand and a story on pure product potential and goodwill, which is not so rare in this industry.

Polygraphe: Although the whole imagery is very complex when looked at from a close view, this remarkably large amount of white space that’s produced by the use of such fine light-blue lines, so specific to paint-by-numbers imagery. I find it peaceful.

Polygraphe: Ideas have this ever-evolving potential and sometimes benefit from being constantly challenged within the creative process. Before we came up with this concept, everything that was previously developed ended up in the trash because of technical and logistical factors that we didn’t control. We decided to build on these ideas and finally make it stronger instead of starting all over again every time. 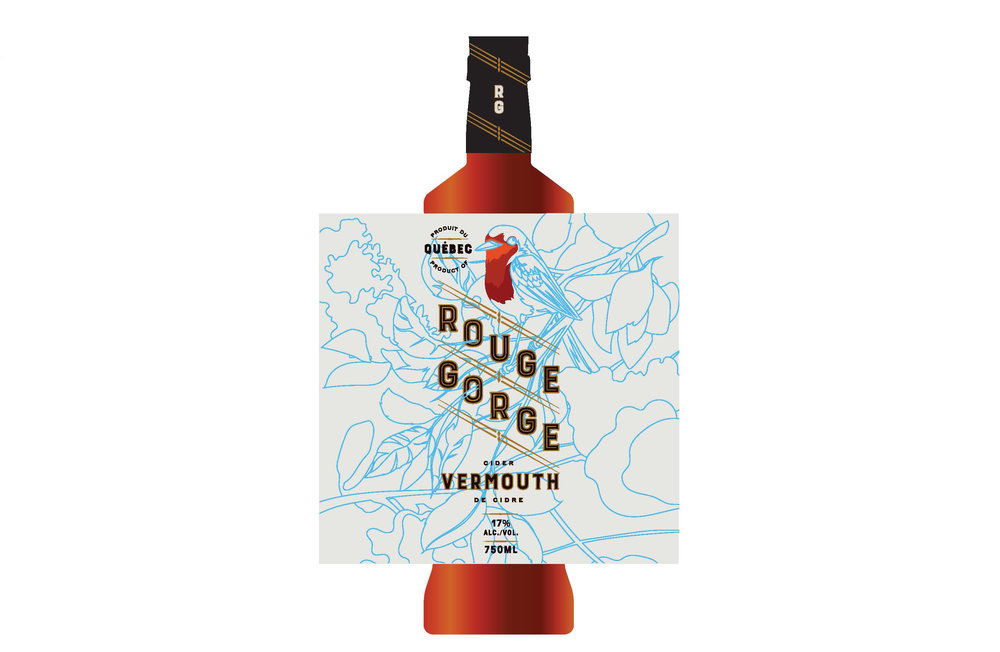 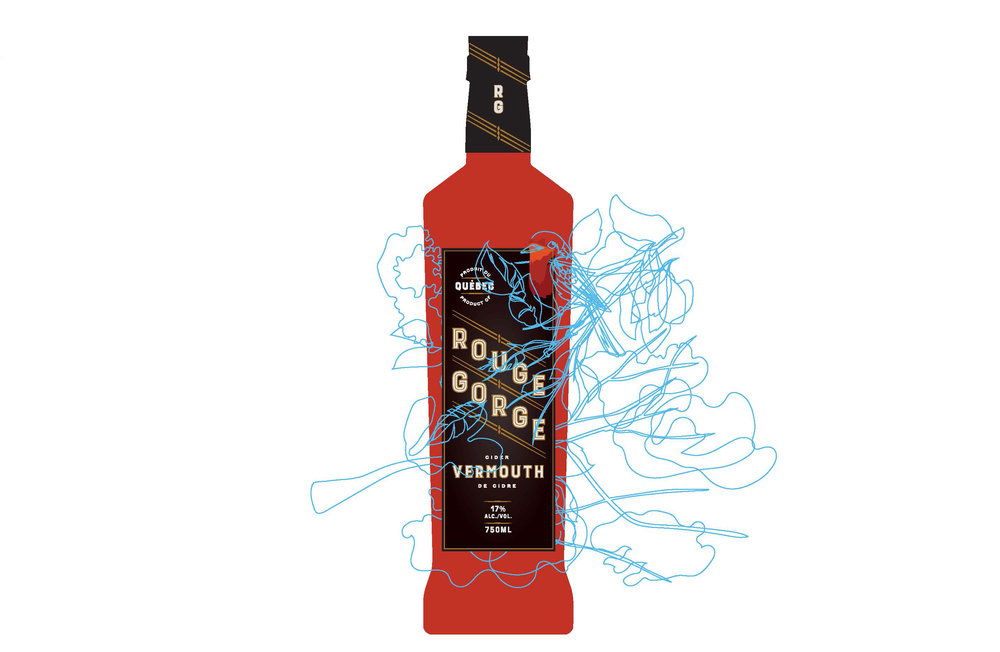 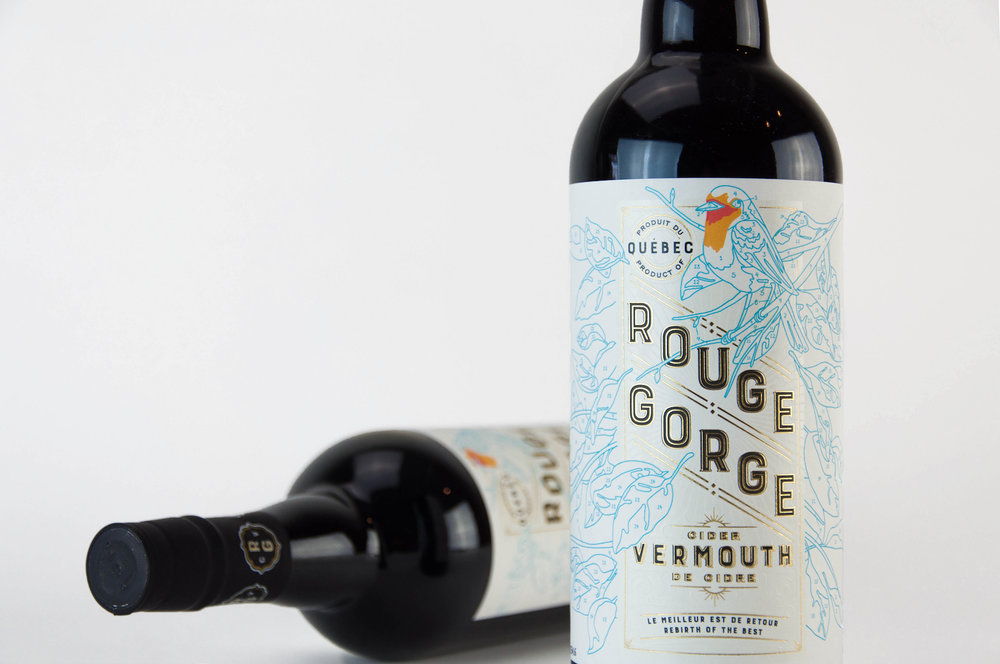