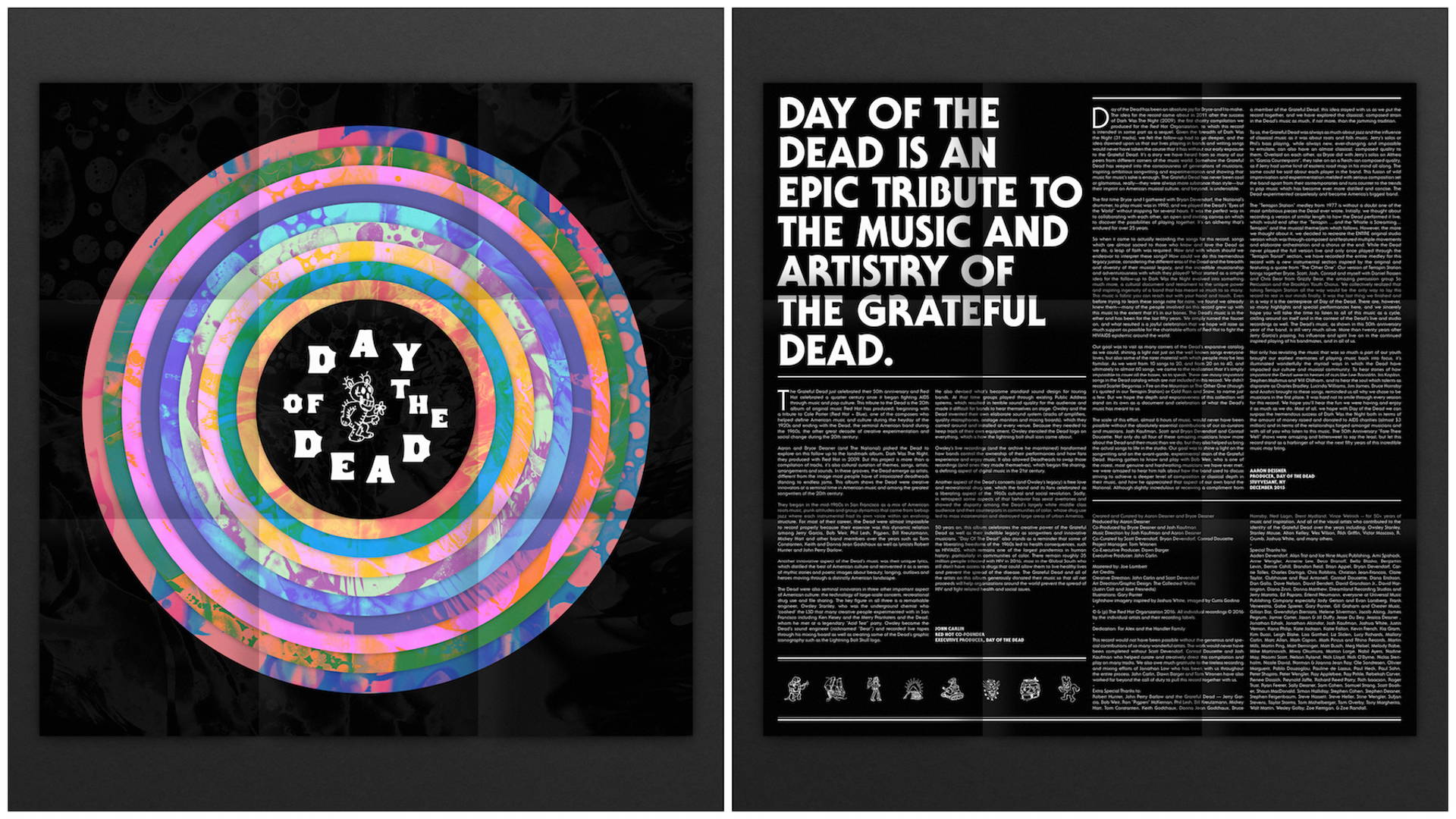 Designing Album Artwork so the The Grateful Dead Lives On 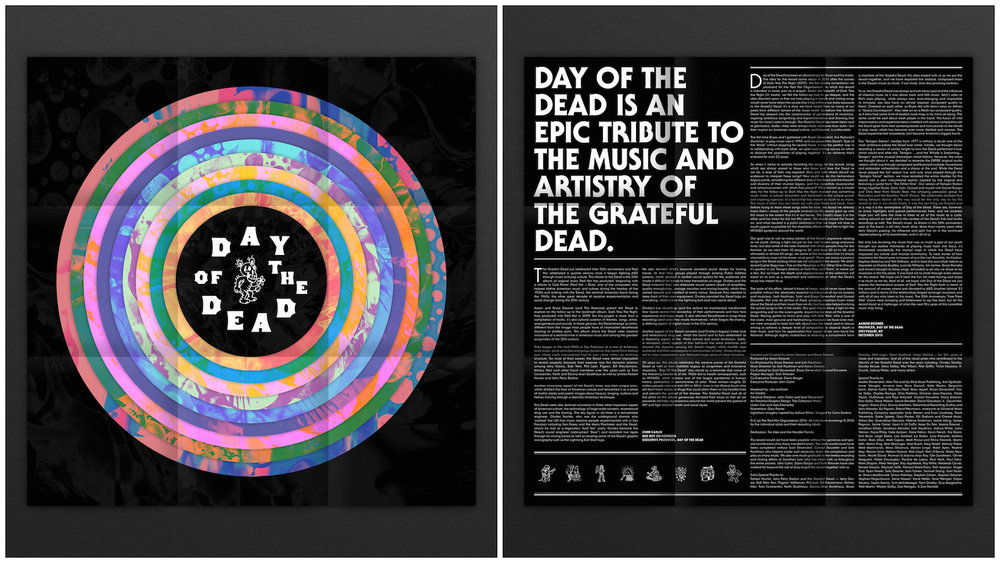 Tie dye, dancing bears, a skeletal jester—these are just a few of the things that come to mind when you think of the Grateful Dead. But Jose Fresneda and Justin Colt at The Collected Works wanted the Day of the Dead, a special tribute to the Grateful Dead, to go beyond that. We spoke with Colt at The Collected Works about combining old and new elements into a design, how the band and the music influenced the finished product, and the importance of working with clients you respect.

The Collected Works: Day of the Dead was a project many years in the making. In short, the album is an epic tribute to the music and artistry of the Grateful Dead, curated by Aaron and Bryce Dessner of The National. They brought together a bunch of their favourite musicians to reinterpret the songs and sounds of the Dead for a new generation. In the end the album is over 59 tracks long, and over 5 hours of music. It’s also the 20th album of original music Red Hot has produced over the past 25 years to help raise awareness and money to fight HIV/AIDS and related health issues.

We had worked with Red Hot on a few previous music projects, and they hit us up about working on this one. Besides being curated by some of our favorite musicians, the Grateful Dead held a sentimental value to us—as it was a band our parents listed to, and really our introduction to music.

To begin with, we knew we’d have to acknowledge some “expected” Grateful Dead design motifs that are iconic for the band. 1960s aesthetics, tie dye, dancing bears, and psychedelic imagery to name a few. The real challenge was to take these elements, and reinterpret them for a new generation.

To begin with, we had some great reference images of oil and water mixtures from The Joshua Light Show, that would often serve a backing visual for live Dead shows. This was awesome, as it was a nice reference true Dead fans would recognize and an iconic element of live performances. We took this reference and started to experiment with overlays and color grading, to create a nice collection of oil and water artwork we could work with. 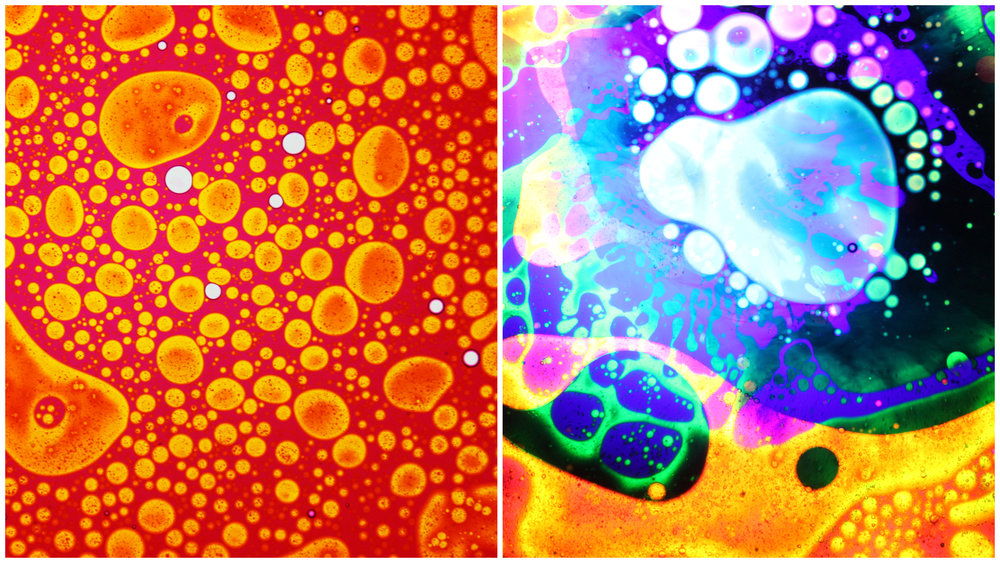 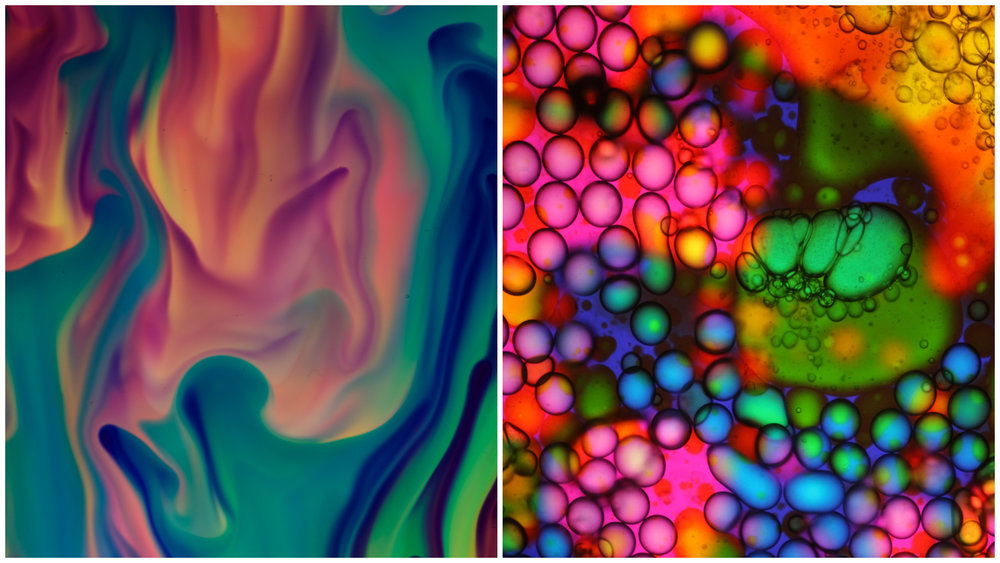 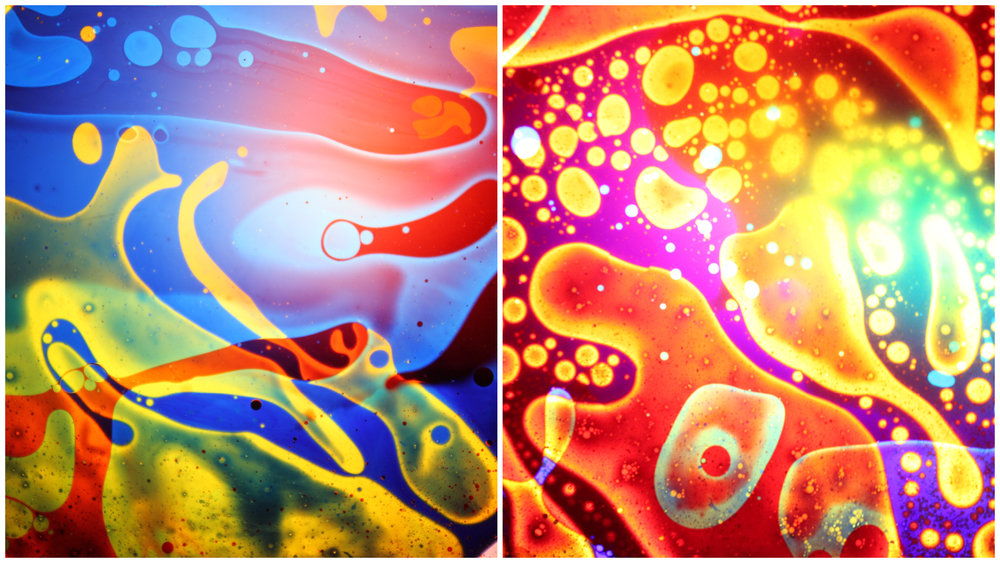 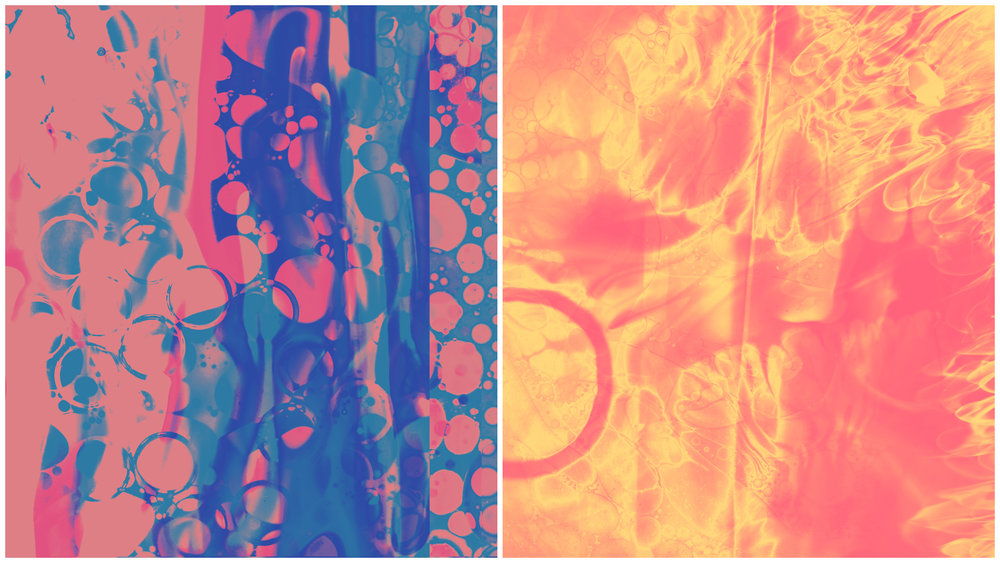 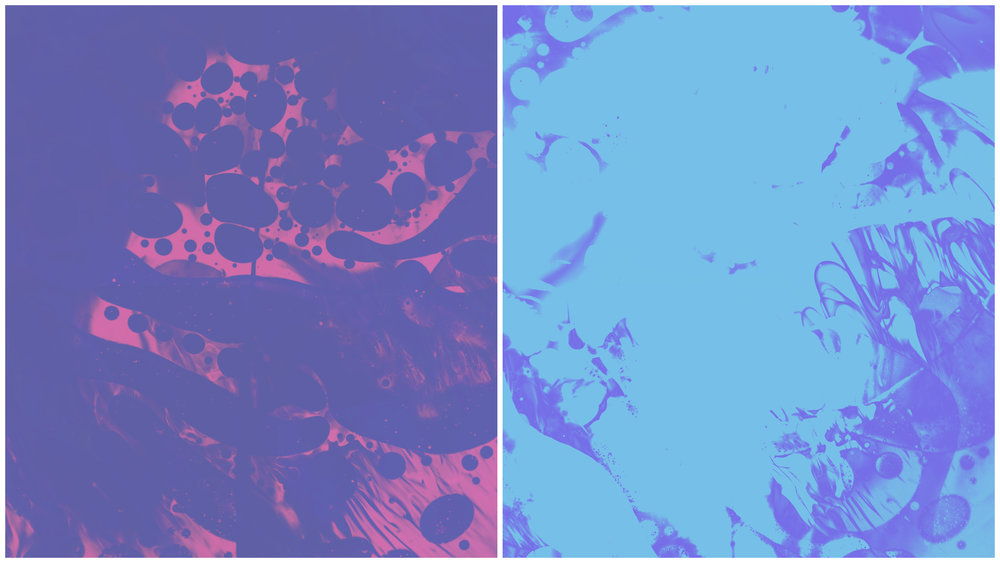 Another donated piece of artwork, was a series of illustrations by the very talented Gary Panter. He had illustrated a great collection of musical references the Grateful Dead had used in their music—which made for additional references true fans would appreciate. 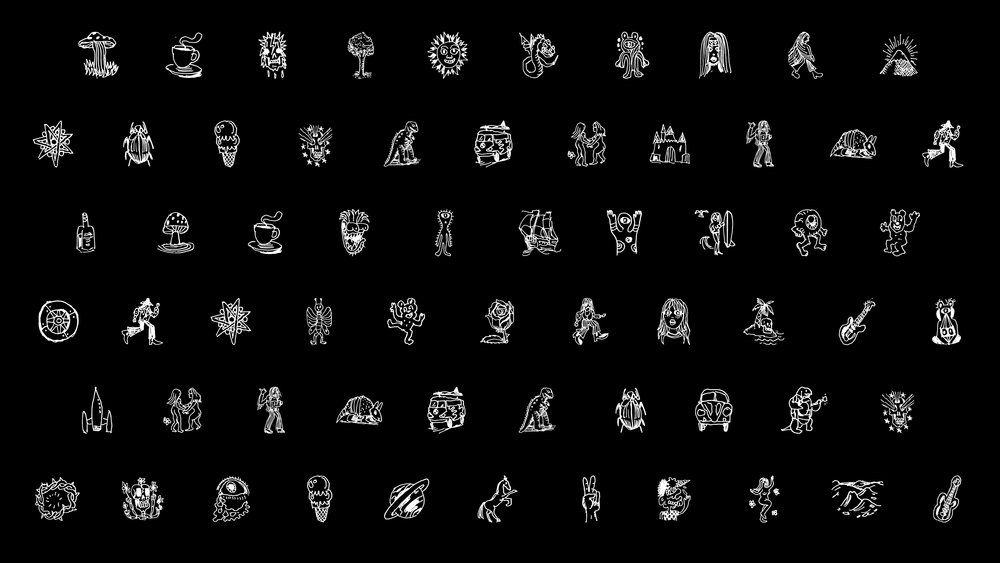 Using both of these elements, we had the beginning of a nice identity and packaging system. The next step was understanding how and when to use these assets in a meaningful way. One of the core concepts we had always been excited about, was the notion of “discovery.” The Grateful Dead was our introduction to music, and led to the discovery of an endless amount of artists and musical styles. Working on this project also allowed us to rediscover and appreciate the Dead—which was the intention of the album itself. Playing with that idea of discovery, we wanted the packaging to reinforce that experience. The vinyl box set is a great example of how this works. Rather than having some overtly expressive and colorful exterior, we instead printed a grid of icons in clear spot varnish on a black stock. It was dark, unassuming, and a bit mysterious. When it caught the light it shimmered, but otherwise was entirely recessive. When you open the box though, an explosion of colors, patterns, illustrations and typography are revealed. The colors become even more impactful and vibrant, when enclosed in such a dark exterior package. 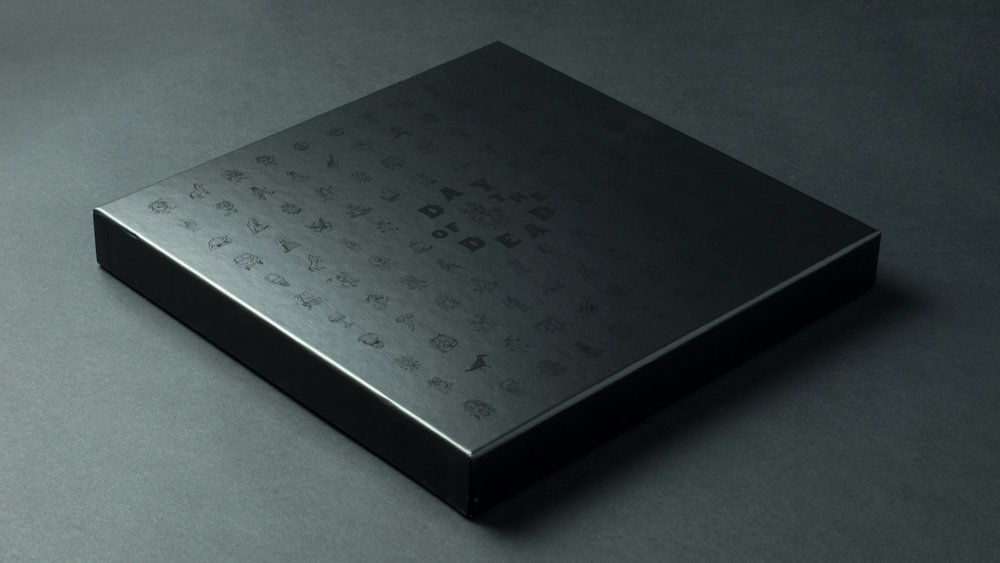 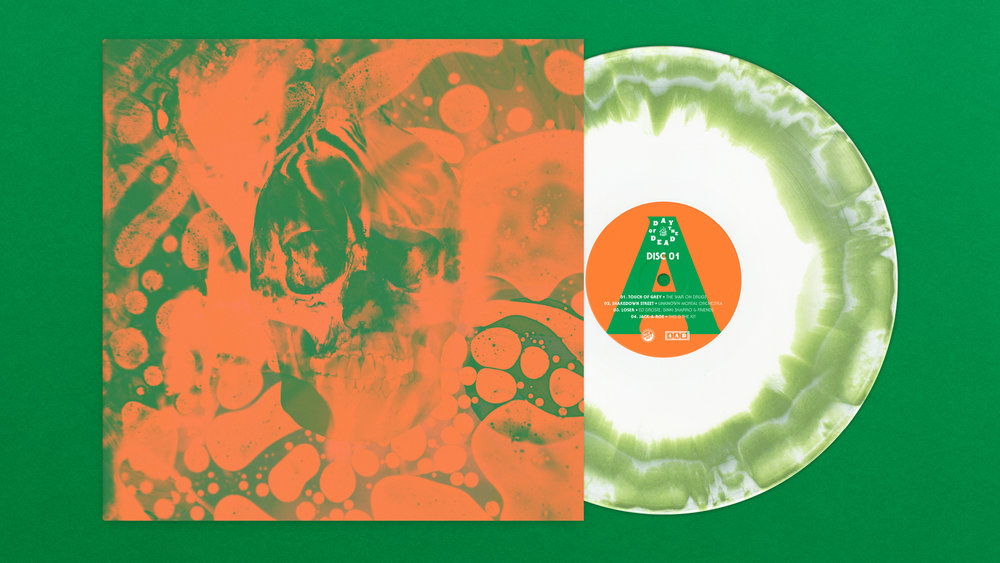 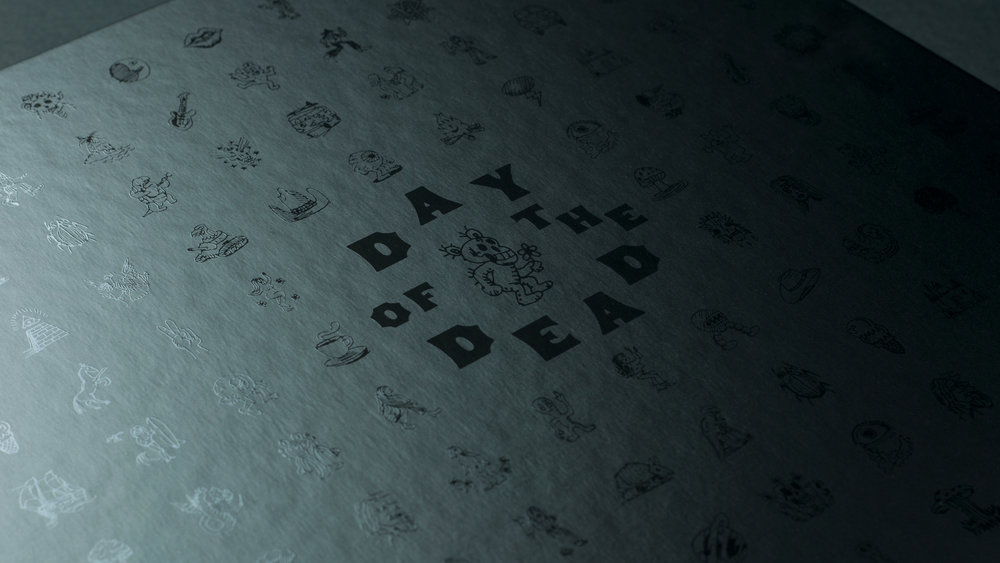 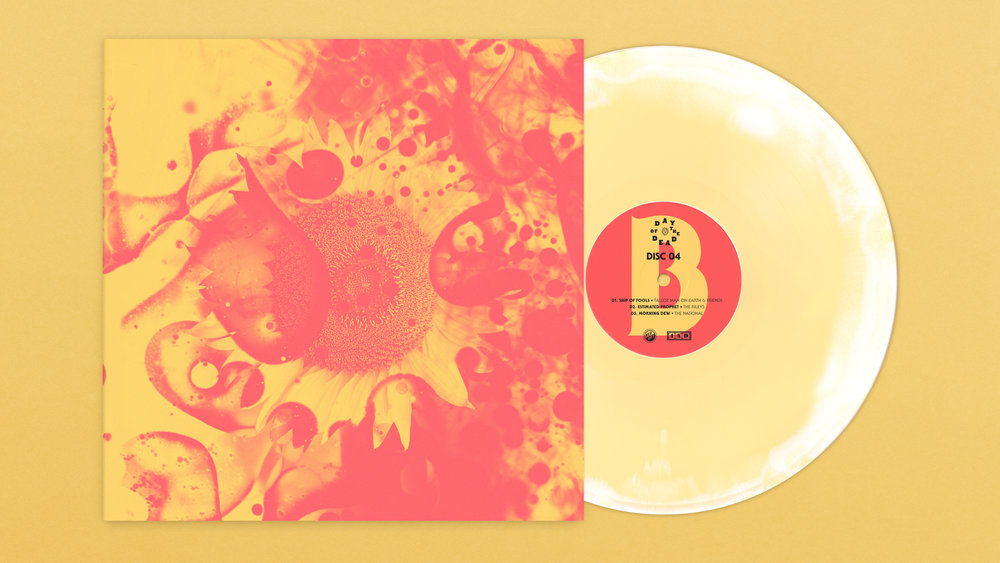 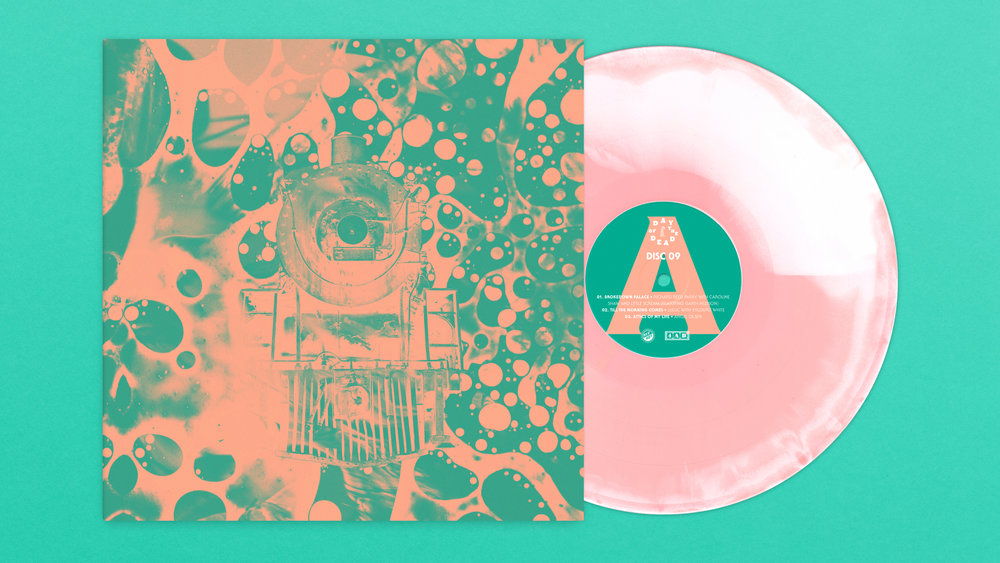 This concept of discovery repeats itself elsewhere in the identity system as well. We play with this tension of black and white versus vibrant color. When it comes to digital elements, like the website and social media posts, we can also utilize animation—to put these oil and water visuals in motion, and create interesting looping videos.

In the end, this was also one of the biggest strengths of the packaging system. We weren’t designing just the vinyl cover or box set for the album, but the whole ecosystem. The colors, patterns, textures and typography carried through to all the touchpoints in very interesting ways. It was a system that begin to design itself after a while, reinterpreted for each medium. 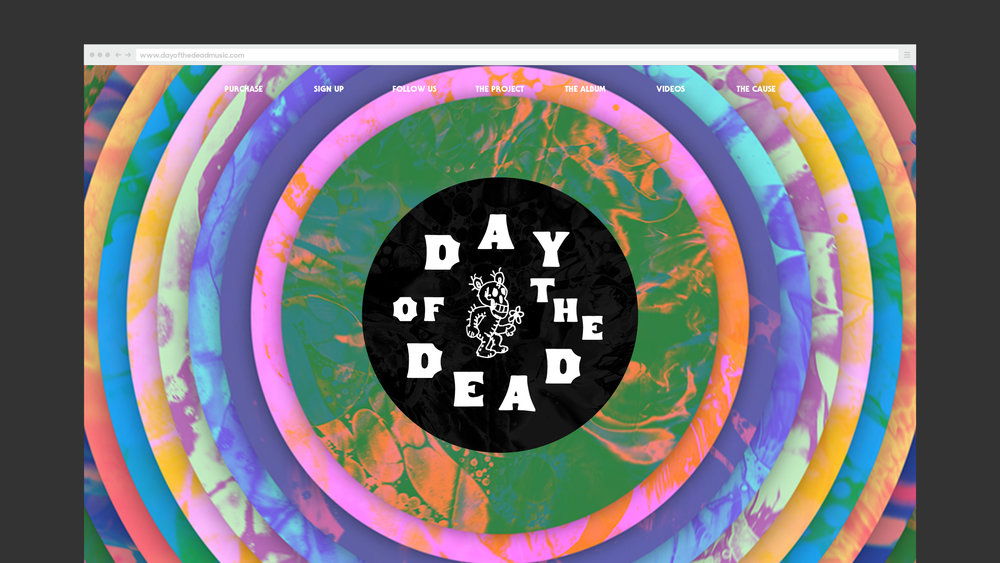 What was one of the biggest goals you set out to achieve with Day of the Dead packaging and how did you accomplish it?

The Collected Works: The goal from the beginning was to walk the line between old and new Grateful Dead. There’s such a dedicated fanbase that was excited about this project, so we wanted to be true to the origins of The Dead. However, we didn’t want to just recreate old artwork, and wanted the project to have its own flavor. I’m really happy with how this balance was achieved, which is a confluence of classic Dead references and some modern refinements. 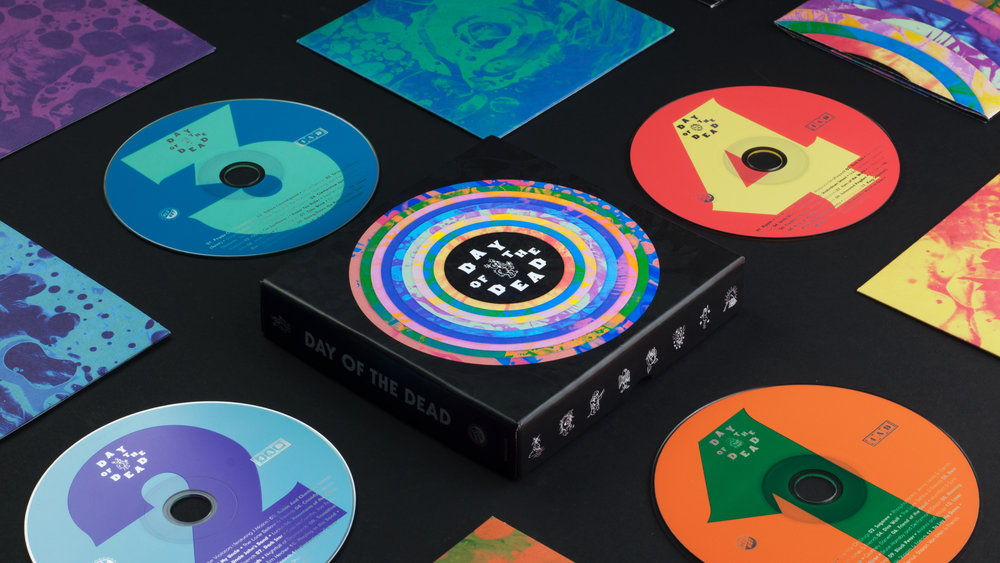 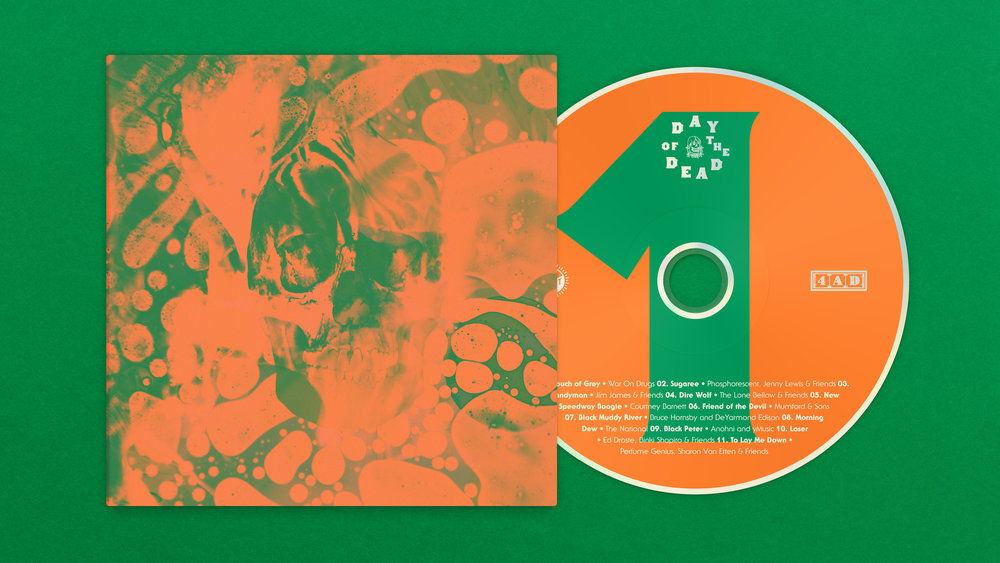 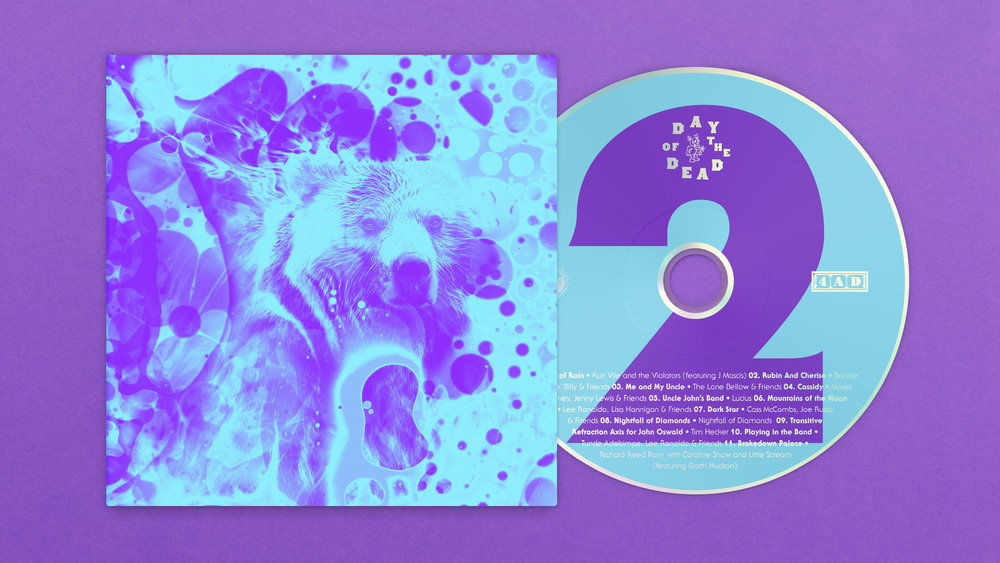 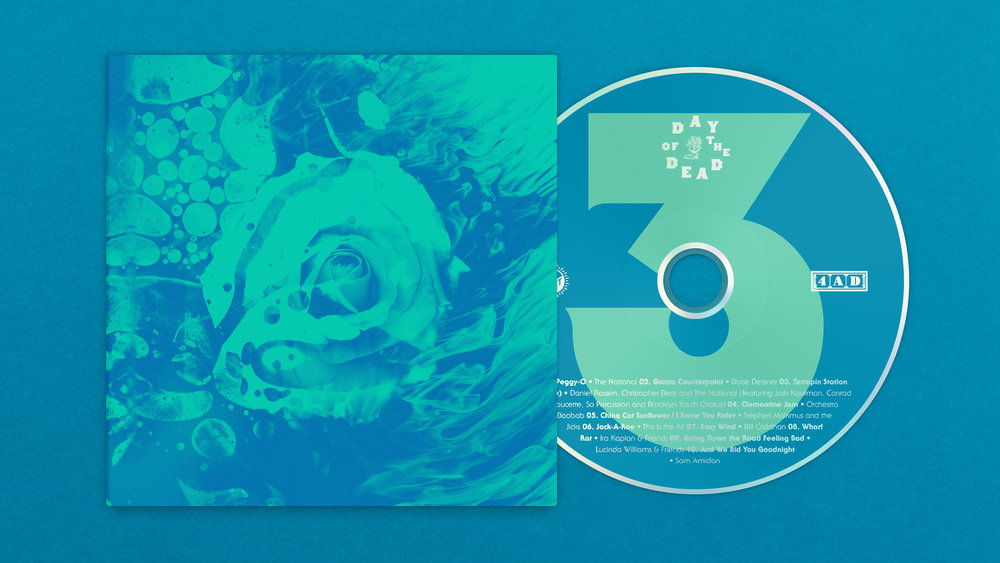 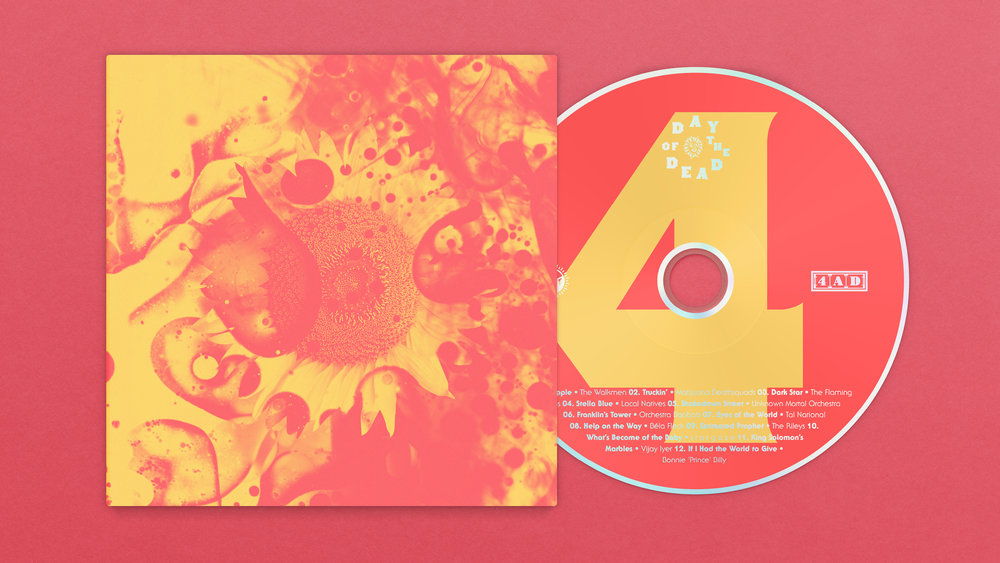 How did The Grateful Dead music influence this design?

The Collected Works: Besides the illustrations created by Gary Panter, we also sprinkle photographic elements into the system, that also reference the music and history of the band. Bears, skulls, cats, flowers, birds, wolfs, and other symbols that Dead fans would understand are all included in the system. Some of the references are more apparent than others. The imagery at times may or may not require the viewer to be using a psychedelic at the time to get the full effect. 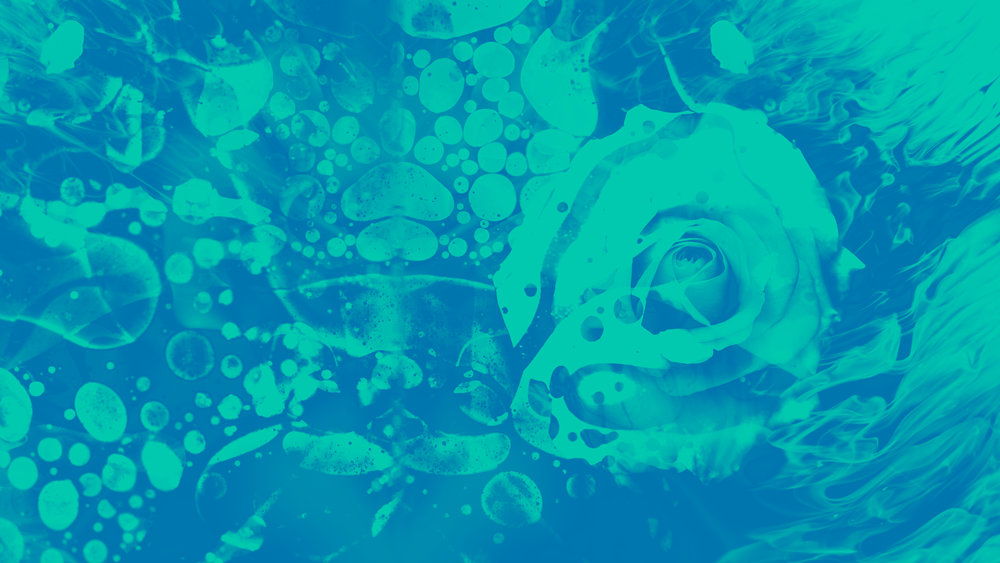 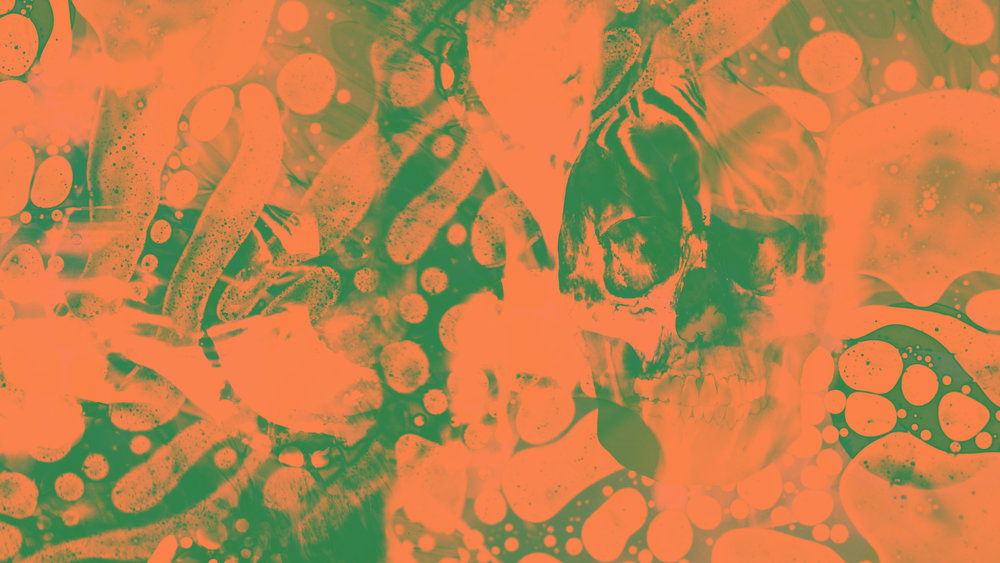 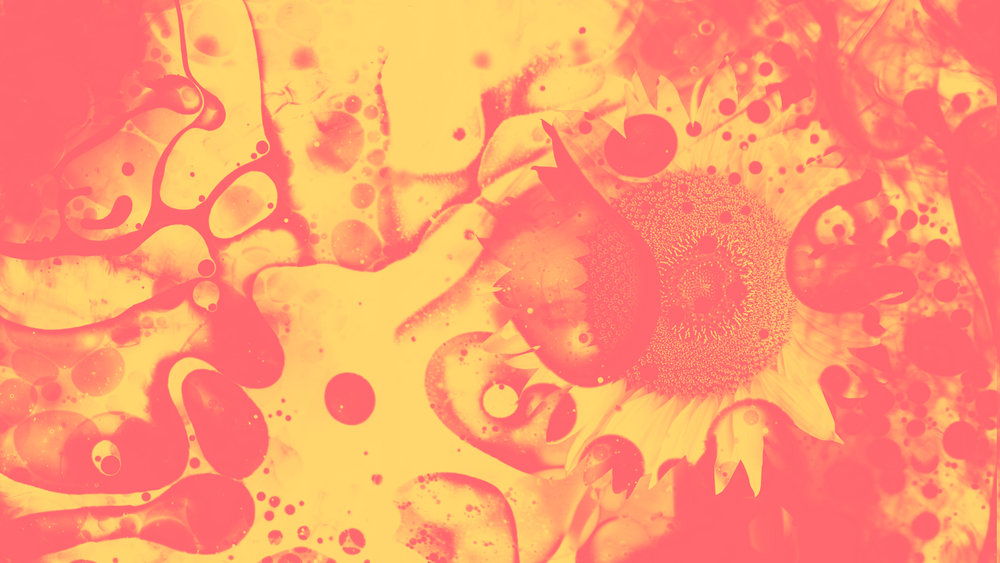 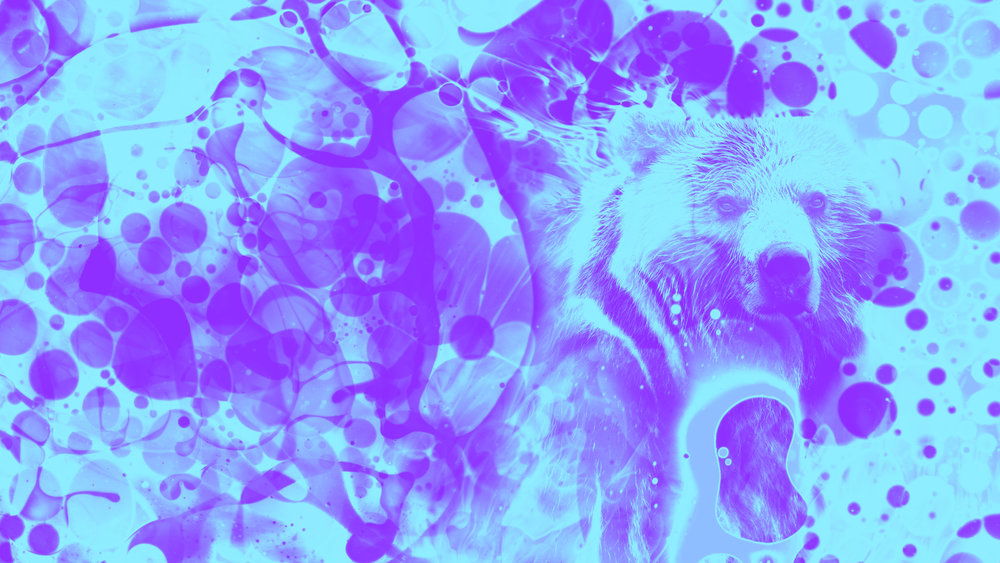 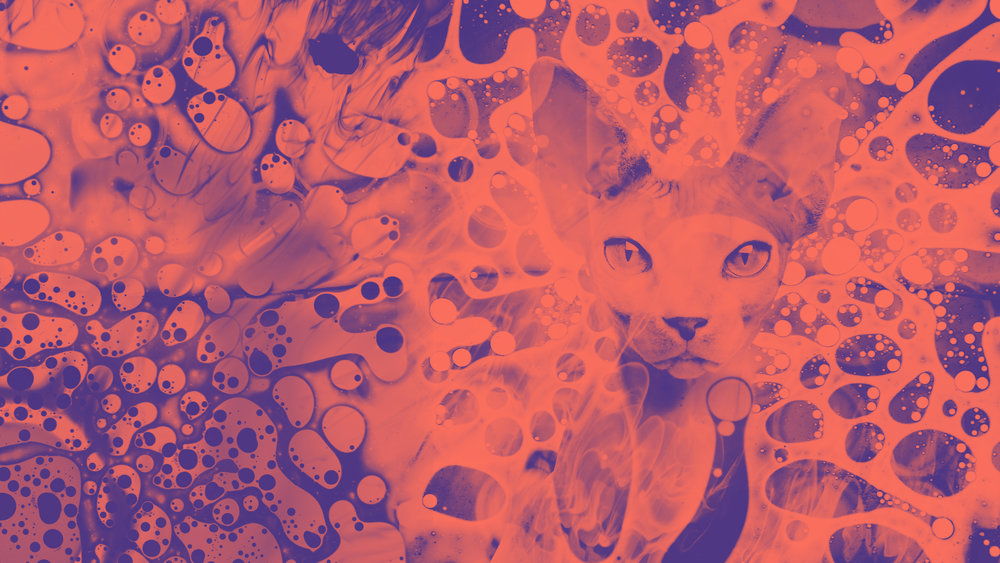 The Collected Works: When we first kicked this off, there was a mountain of work to be done. Not only was there the 5 disc CD set, but also the 10 disc vinyl set, logo, website, posters, apparel, animations, videos, social media posts and even beer packaging. It was easy to get overwhelmed, especially as we’re a pretty small studio. We just had to break it down, piece by piece though. Understand the concept, develop the system, and figure out the best way to express it across every deliverable. We also had the added pressure of all our favorite artists reviewing the work, and the larger Dead fan base ready to judge what we had created. 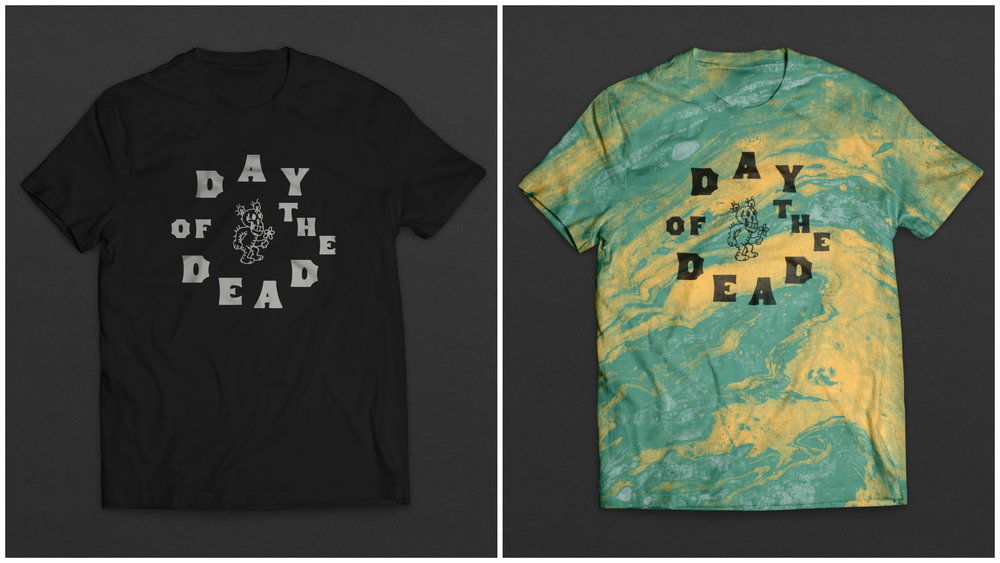 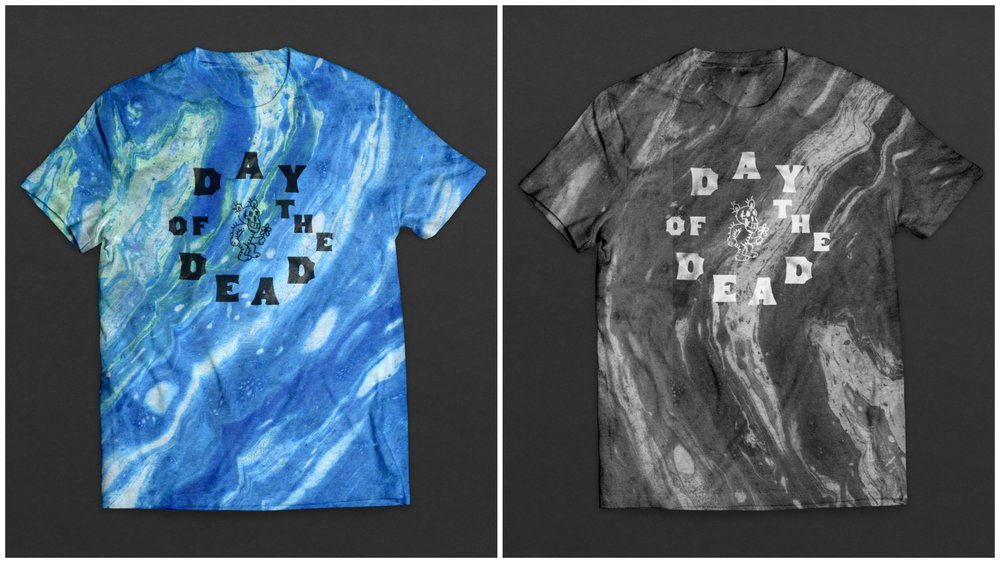 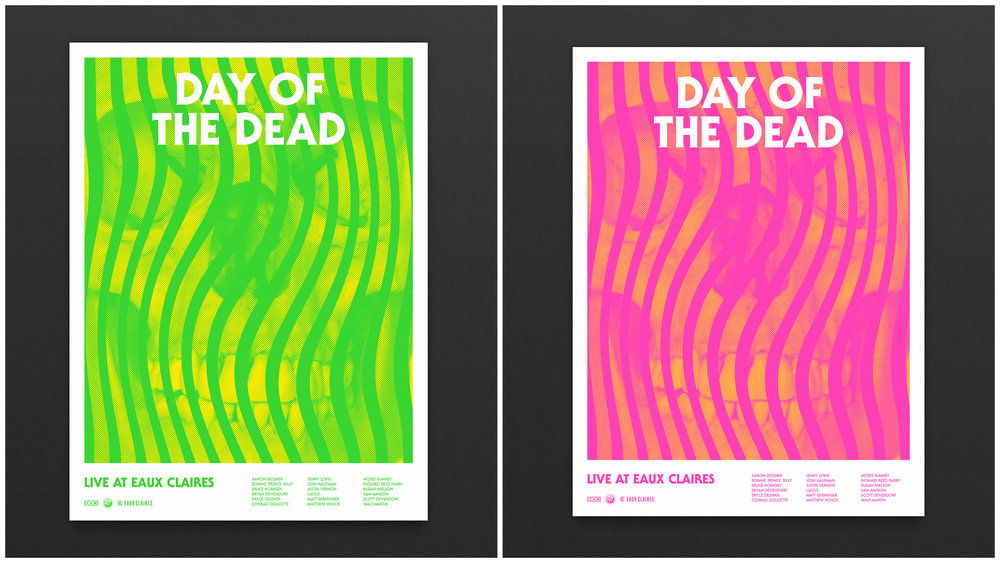 The Collected Works: The 10 disc vinyl box set is the best expression of this project. It unites all the core concepts we were excited about. The experience of opening the box and going through the album artwork came together very nicely. It goes back to that idea of discovery, and using color aggressively and meaningfully. The marbled vinyl is also a really nice aspect I didn’t think would be possible—having each record hand poured and uniquely marbled. The box set also has a nice weight to it. It feels authentic. It’s weighted with authority. It’s feels of value and meaning—which are all very nice qualities.

The Collected Works: Above everything else, work with clients you respect. The project was made so much better by having great clients. The National, Aaron and Bryce Dessner, Red Hot, all the contributing artists; they all believed in the vision and let us take the work in a really interesting direction. This would not have been possible if they had overly art directed the process or didn’t believe in the concept development process. This is a lesson we’ve carried over to other projects as well, and now informs who we work with. Work with people you respect and believe in you—that’s the only way you’re going to make good work.

What is your dream project as a designer?