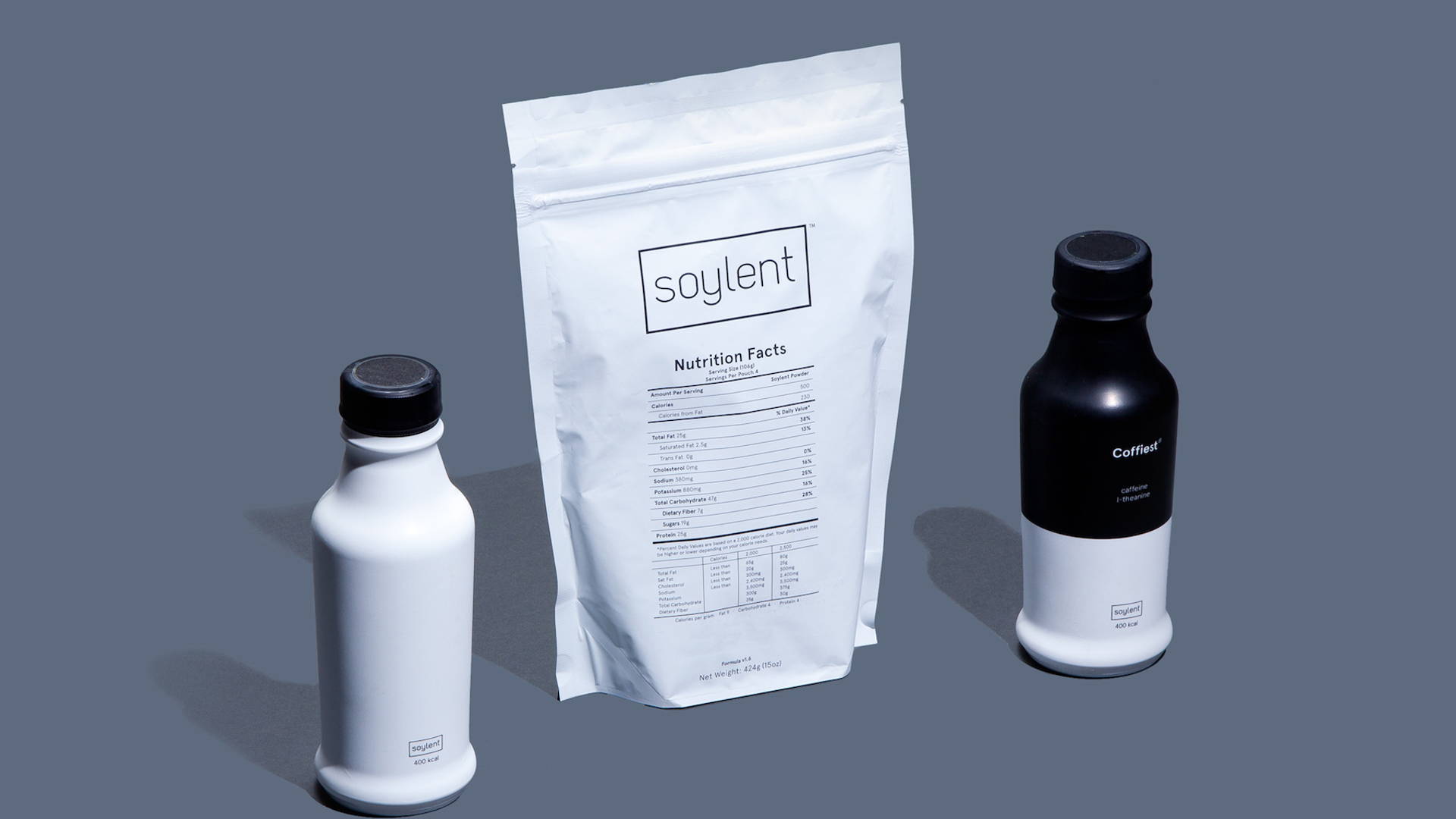 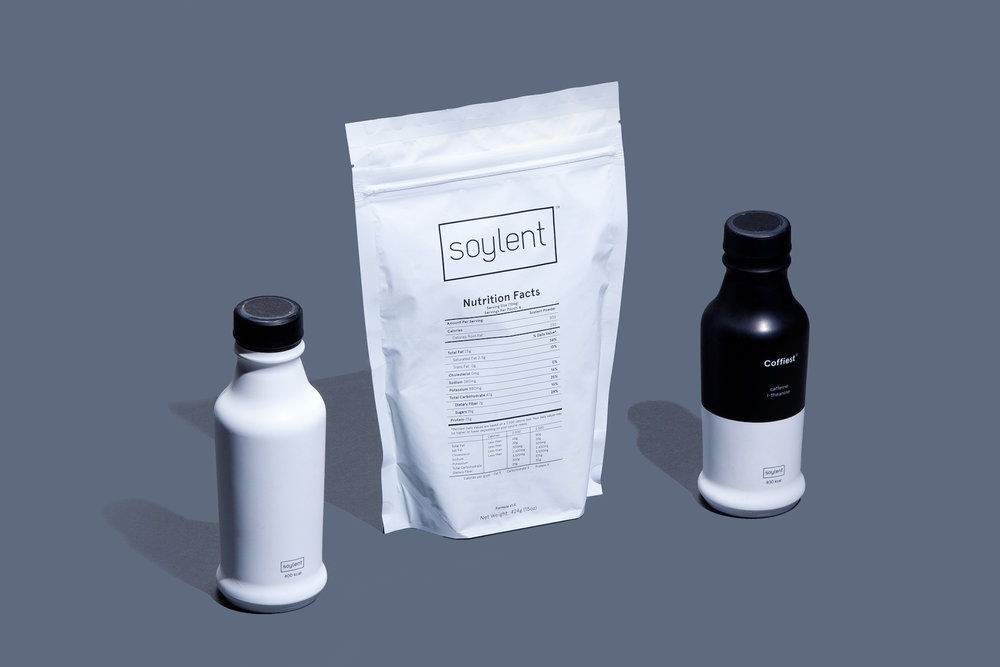 In part 2 of a 4-part series, we're diving into the very beginning of Soylent, the futuristic meal replacement created by Rob Rhinehart. In this part, we'll take a closer look at how Soylent went from an idea to a product available for purchase. View Part 1.

Tell us a little bit more about what initially sparked the idea for Soylent.

Julio Miles: Our CEO, Rob Rhinehart, had grown frustrated with the time and effort of purchasing, preparing, and consuming food. When he went in search of a food product that was affordable, nutritious, and simple to make, he found nothing—so he decided to take matters into his own hands (and stomach).

How did the team choose what went into the first ever batch?

Julio Miles: For the initial prototype that he lived on for 30+ days, Rob dove into a bunch of textbooks on nutritional biochemistry and other subjects. The nutritional makeup of Soylent 1.0 (launched in 2014) was based on recommendations of the Institute of Medicine (IOM) and the World Health Organization (WHO), as well as our own research and advice from medical professionals. This holds true for all current Soylent products today. 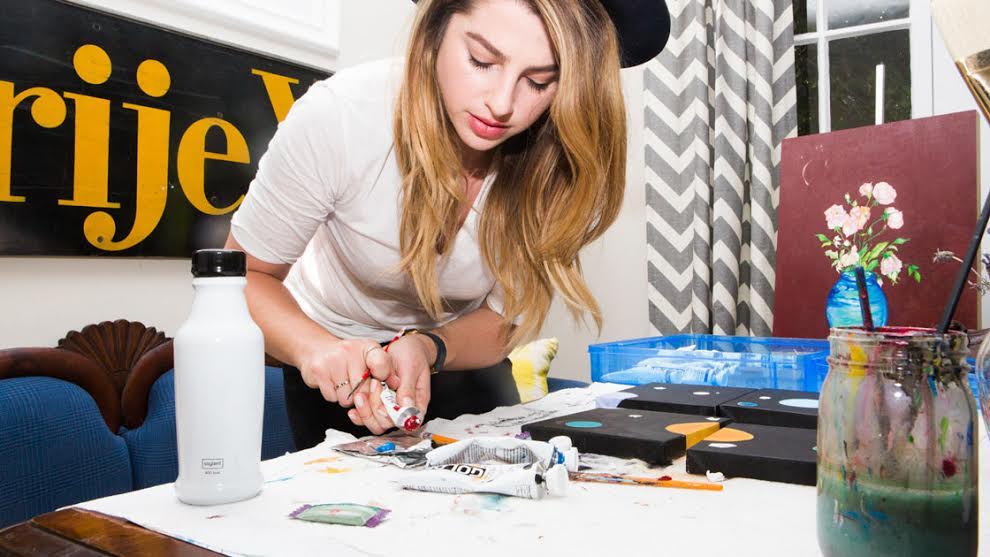 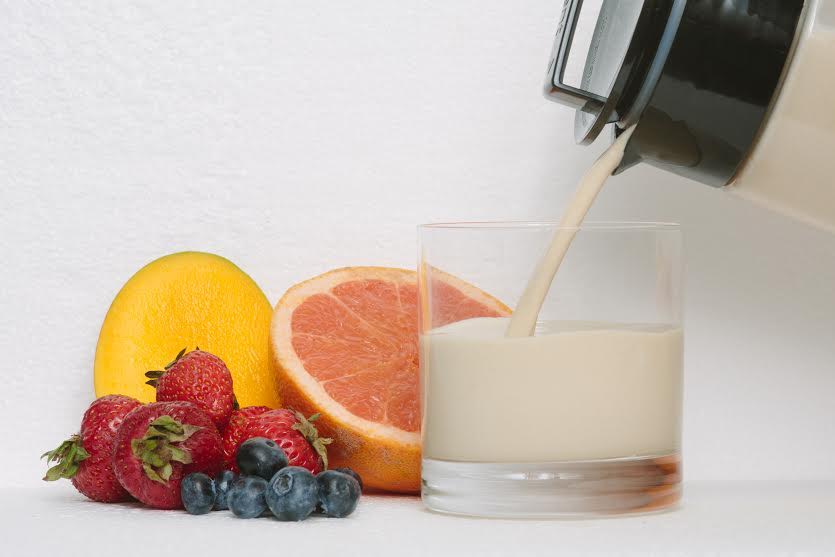 How did word about the experiment spread online?

Julio Miles: Rob’s personal blog had already gained popularity within Silicon Valley, thanks to his post “An Introduction to Graphviz via R. Kelly’s ‘Trapped in the Closet’ Hip Hopera,” which reached the front page of Hacker News in late-2012. Once he published “How I Stopped Eating Food,” in February 2013, the response was immediate and overwhelming. First among the Hacker News community, then wider, as media outlets such as VICE picked it up.

What size of an operation did Soylent start out as? What roles were filled and how did you find these people?

Julio Miles: There were only five of us at the beginning, and we stayed as lean as possible for the first year as we worked to formulate, manufacture, and ship our 1.0 product. Everyone’s roles overlapped at the beginning, but Rob and David [Renteln] primarily worked on product development, Matt [Cauble] was responsible for operations, and John [Coogan] heroically handled everything financial or technology related. I generally filled in the cracks, managing stuff like communications, packaging design, social media, and office manager duties.

As a food company, you probably have to follow a lot of regulations. What rules do you need to comply with and what sort of text are you required to include on your packaging?

Julio Miles: There are myriad regulations concerning the labeling of food products—I am very grateful to our FDA lawyers for translating Legalese into English, and their careful review all of our packaging before it goes to print. 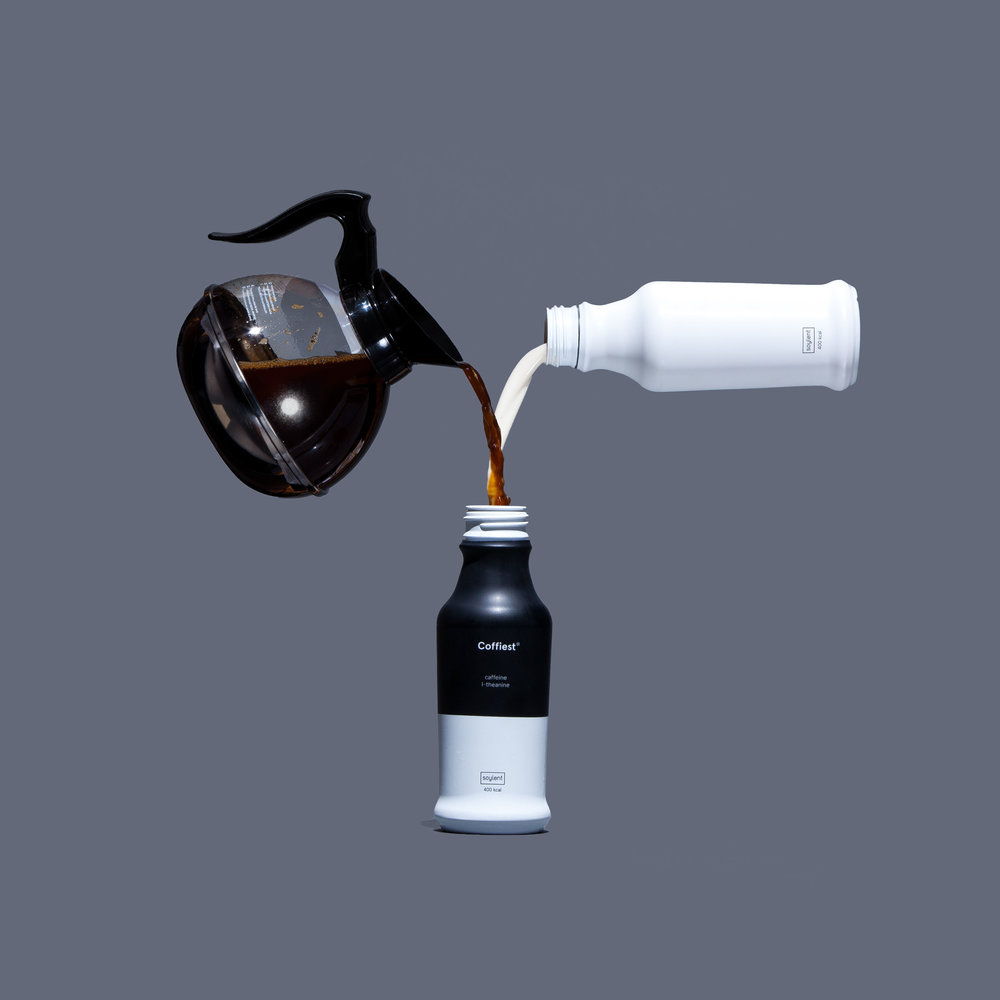 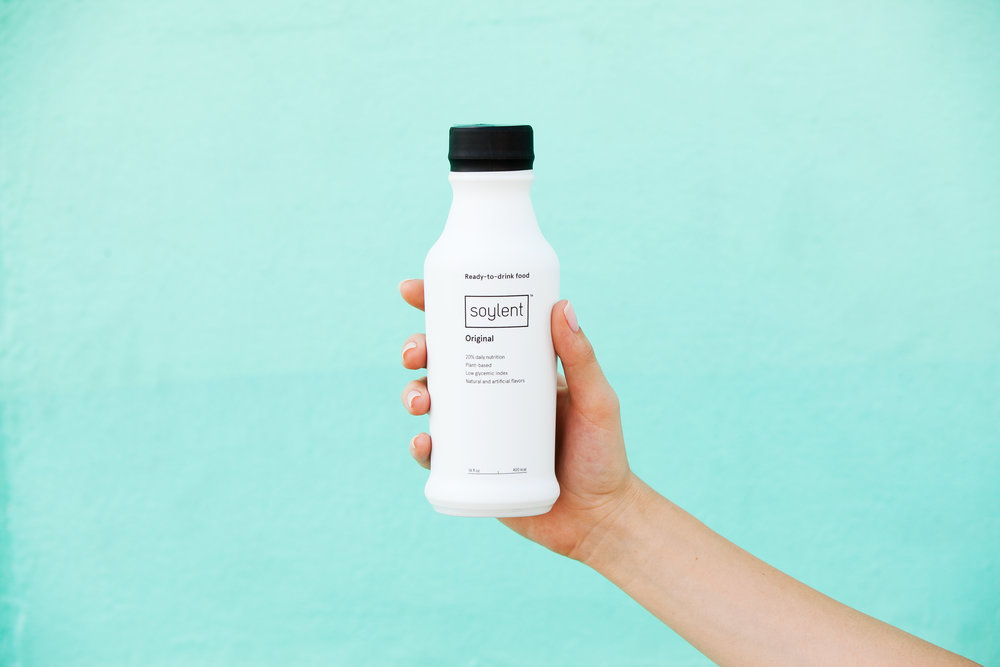 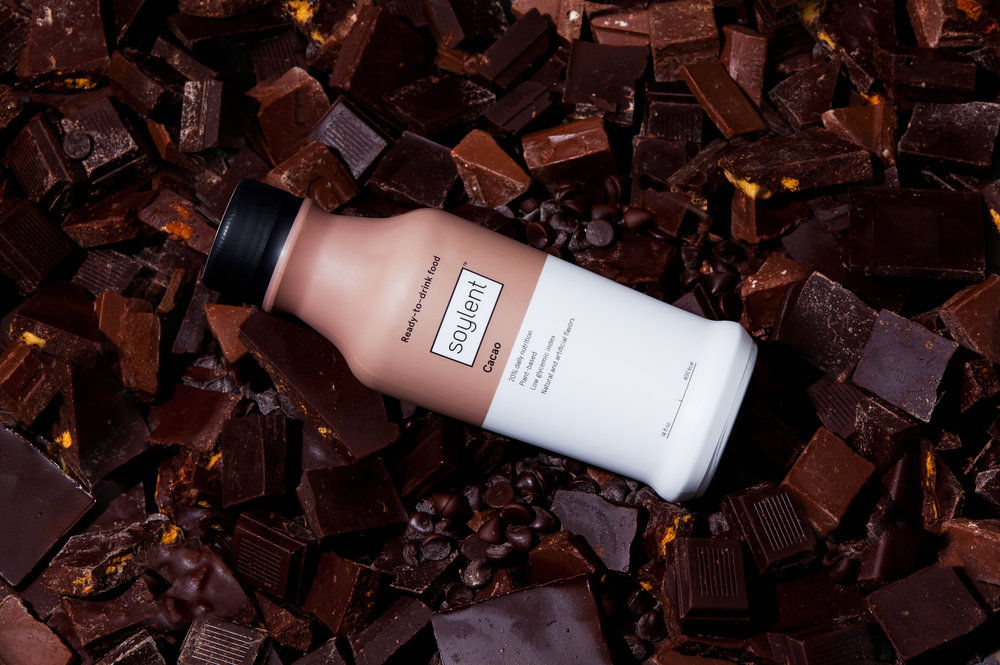 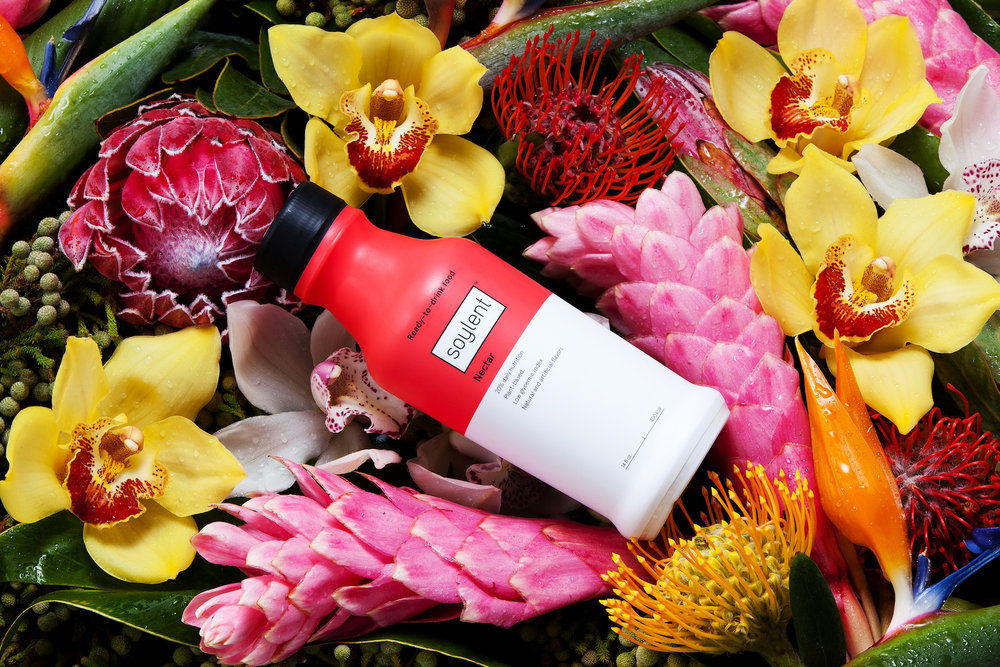 When it comes time to reformulate Soylent (which you do from time to time to improve it) what do you take into account? How long does it take to get the new formula into production?

Julio Miles: We definitely take into account the feedback given by our consumers on Reddit and Discourse. The lead time is dependent on the platform. Regarding powder, we try to optimize for neutral flavor and affordable cost while still being nutritionally complete. If it is a minimal change, then we can implement the change quickly due to the flexibility of the versioning of the powder. For a complete formula change, however, the product team looks at the overall consumer experience and feedback, which can take a couple months alone.

Changes to the Soylent Drink line require more time to implement, due to the higher complexity of the manufacturing and packaging process. The prototyping timeline ranges from a couple of months to a year in order to perform safety and stability studies.

For new products, like your recently released flavors of Cacao and Nectar, what process do you go through to add them to your line of products?

Julio Miles: There are multiple driving factors that help us choose new flavors and potential new products—from marketing considerations and logistics to production costs and market research. We have an in-house product team that creates prototypes, and also works with third-party flavor houses.

Usually we perform a concept test and if we like the direction, then we hone in and perform more tests to refine the flavor and sensory characteristics. There are many prototypes that are made, but many don’t make it past a taste test. I think we’ve prototyped some flavors simply because the team thought they would be funny—like Grass, or City.

After we approve a flavor system, we initiate a small plant trial (several thousand bottles) to confirm that it holds up to manufacturing at scale, since large production runs require processes and steps that cannot be fully simulated at small scale. The product team will make final tweaks if necessary. Marketing and operations then manage the timing of each launch to ensure that we hit the market at the most advantageous time (generally “ASAP”). 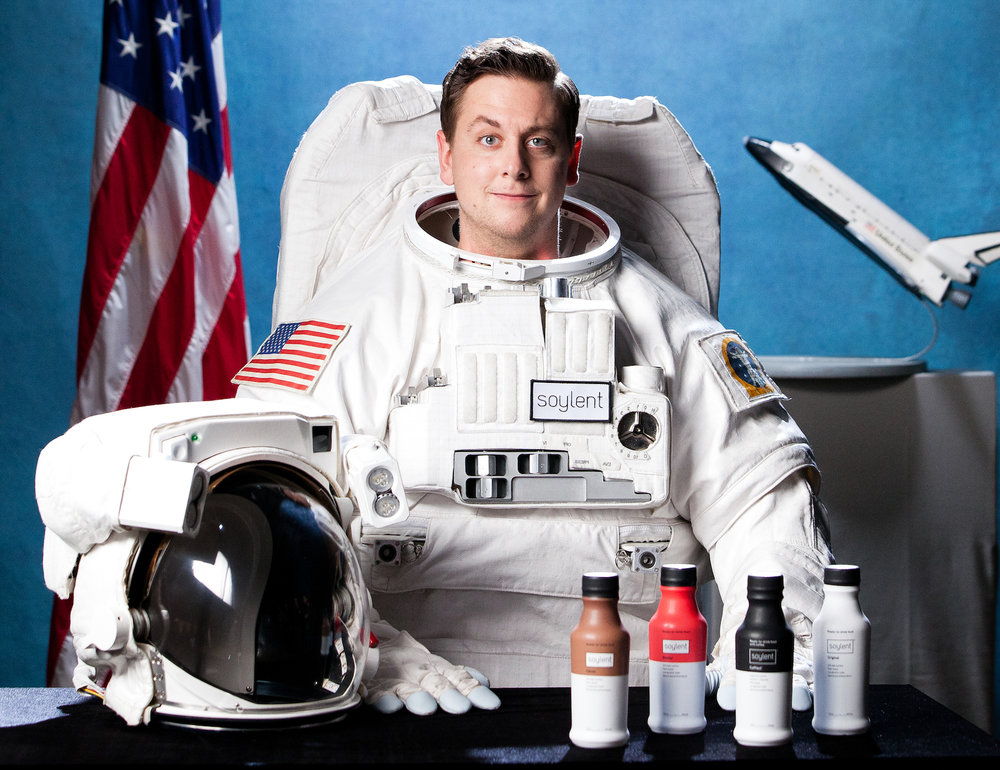 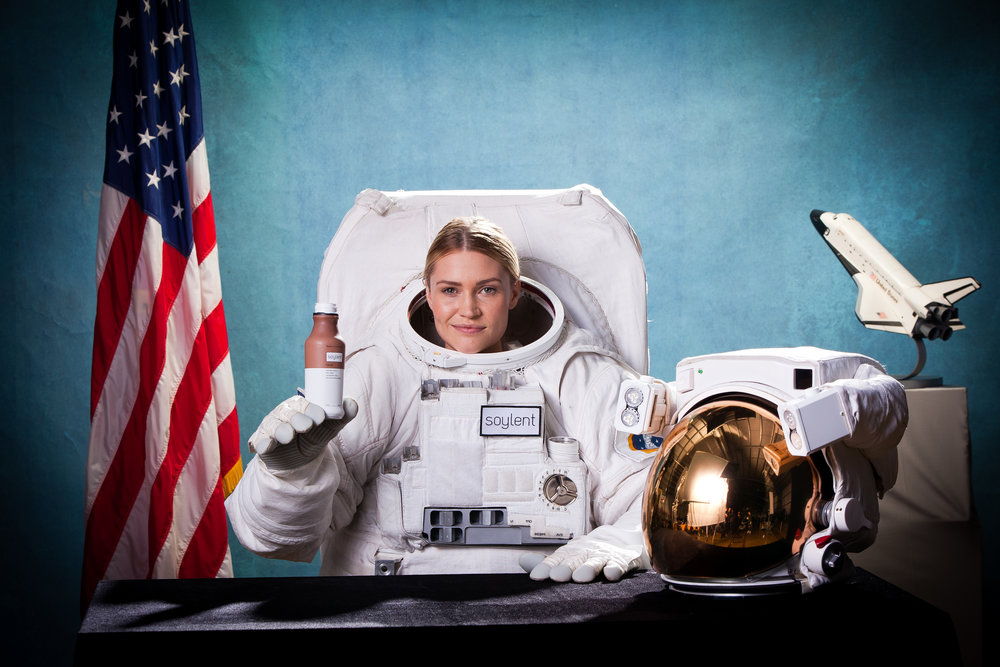 How do you aim to set Soylent apart from other liquid meal replacements out there?

Julio Miles: By ensuring that our product makes our customers’ lives simpler every step of the way. We offer subscriptions so that our customers never run out of Soylent, we optimize the nutrition so that customers never have to worry about whether they’re getting a complete meal, we try to price it affordably, and, of course, we keep our packaging design simple and clean.

In the beginning, how did you spread the news about Soylent? What about today?

Julio Miles: We were 100% organically marketed for the first year or two. I think that’s probably the only time I’ll ever write “100% organic” when referring to Soylent, haha. Anyway, we were lucky to have some really big press hits over the first year (The New Yorker cover story, Rob’s interview on The Colbert Report), which sustained us for a surprisingly long time.

Obviously, you can only get so far on organic, earned media, and we have done a great job of growing our marketing team over the past two years. It’s incredibly exciting to see how we’ve grown thus far, and that we have a real opportunity to help so many people improve their lives.

The Duality of Mesclats Wine