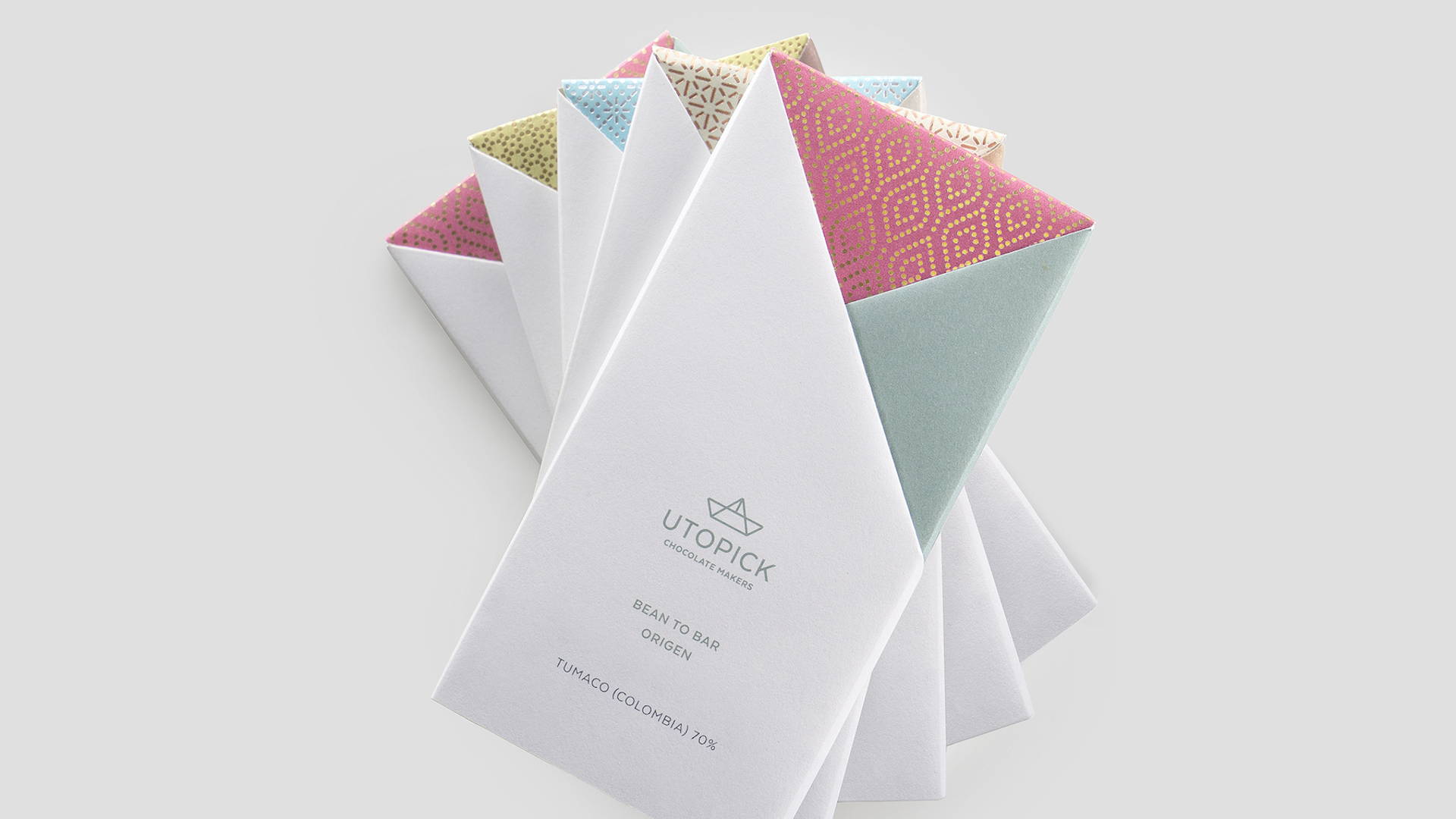 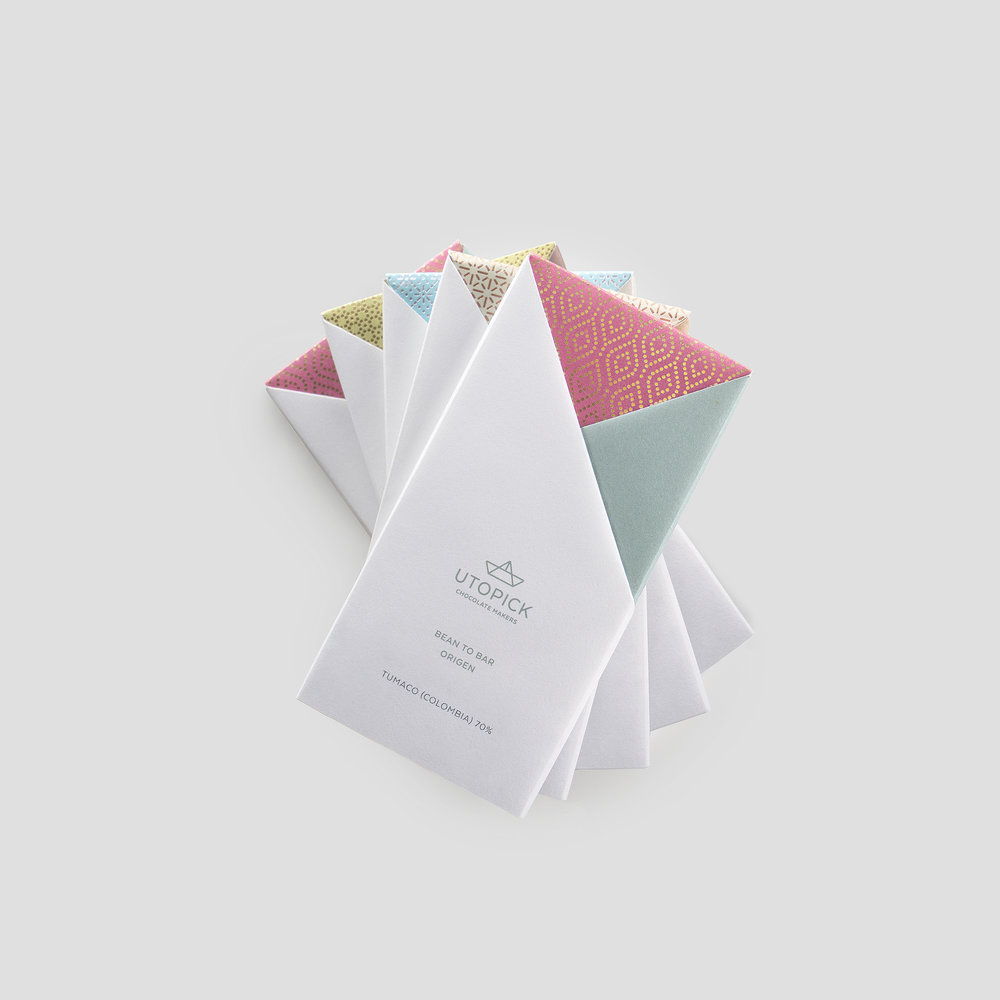 Not that we really needed any encouragement to buy more chocolate bars, but Utopick Chocolates is quite the collection! Inspired by Spanish Explorers, the origami paper resembles that of the sails of a ship. Lavernia & Cienfuegos developed the packaging which easily unfolds (and refolds) seamlessly, allowing consumers to marvel at its beauty even after they’ve indulged.

“Paco Llopis is a Master Chocolatier. An ingenious Craftsman constantly searching for new discoveries in flavors, textures and filling techniques in the world ofbean-to-bar—an artisanal craft produced entirely under the maker’s control, in this case, using selected cocoa pods bought directly from local producers in Colombia and other Latin American countries.” 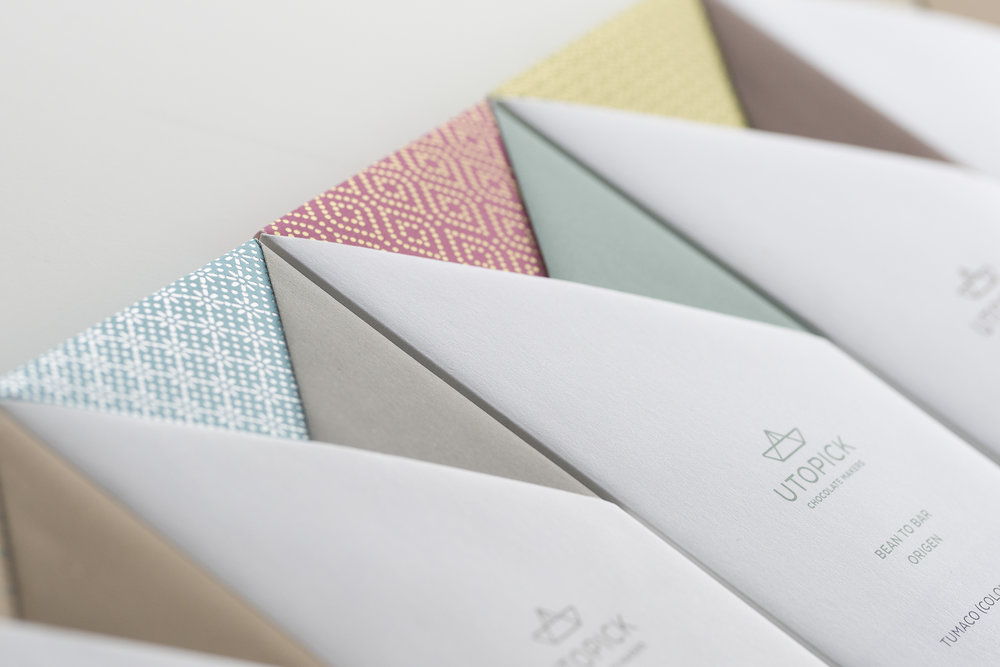 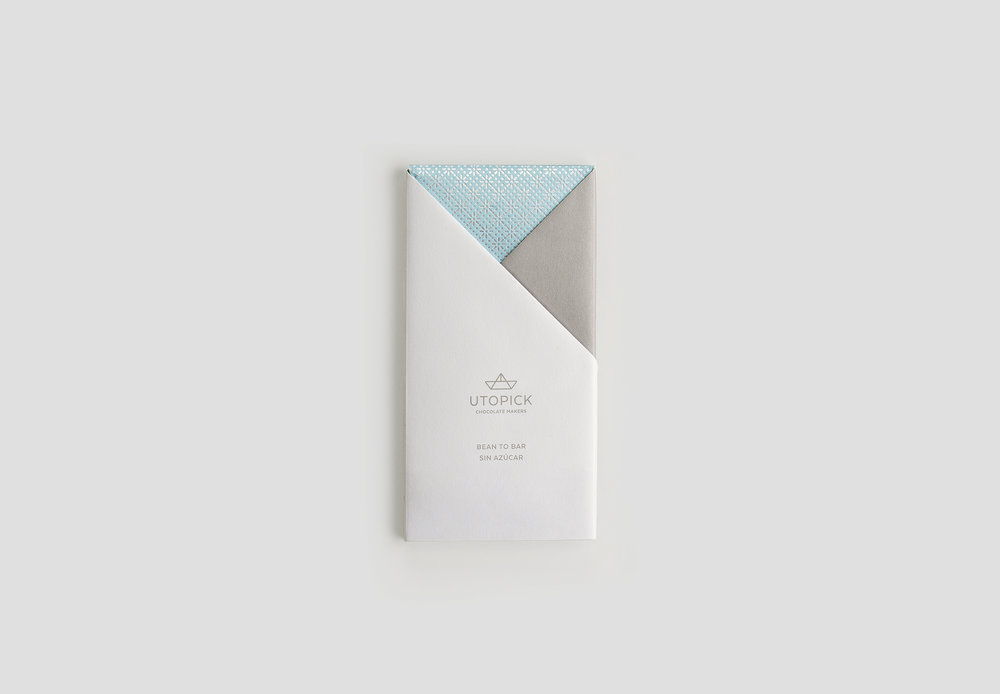 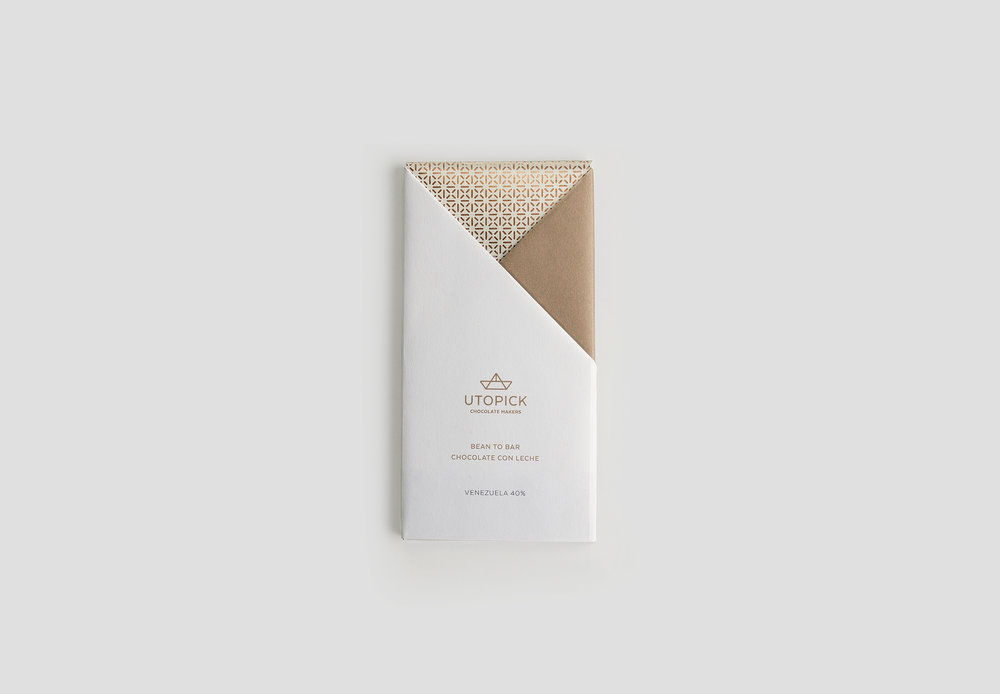 “He came to us with the challenge of creating a new design and unique packaging that effectively communicates who he is and what he does, in other words, a design that represents invention and creativity.”

“He already had a name for his product, Utopick: (a reference perhaps to the creator’s desire for unattainable perfection and, at the same time, a play on words ‘you to pick’).” 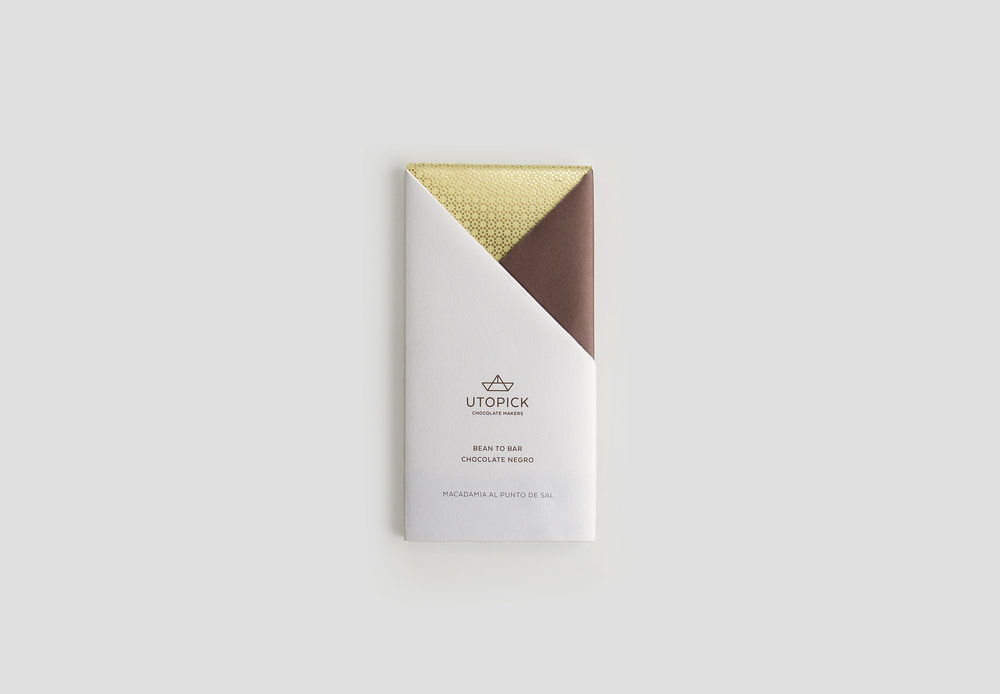 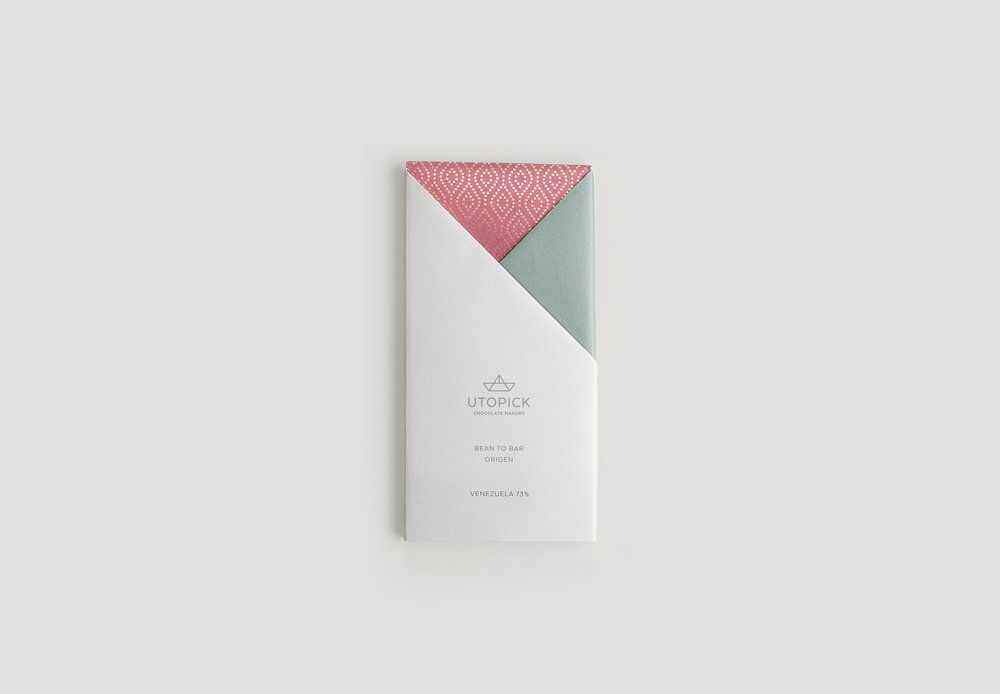 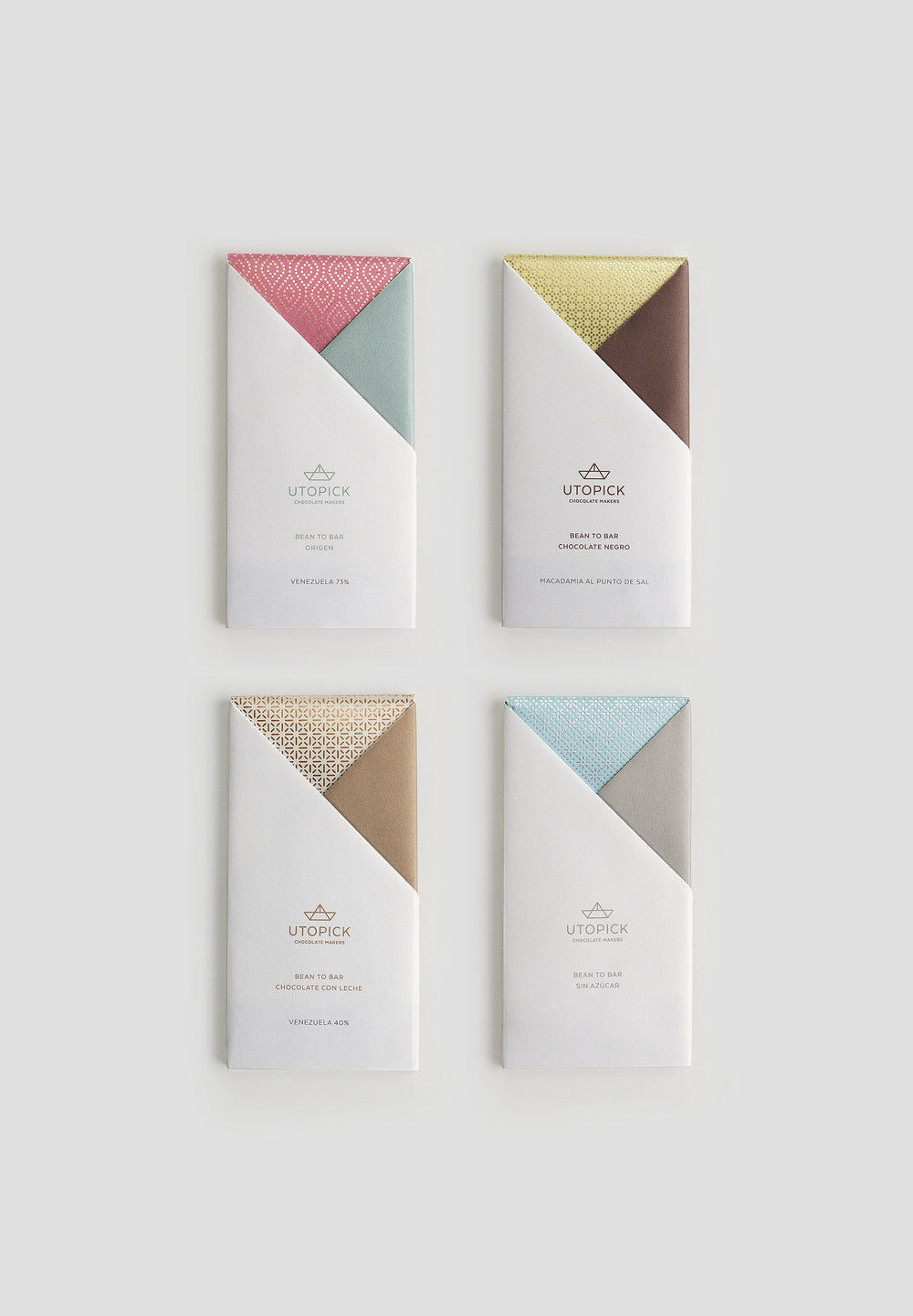 “He also had a symbol, a ship embodying the spirit of adventure and representing the long voyage the cocoa pods make to reach the Chocolatier—this being the same route taken by Spanish Explorers when they set sail and first brought them back in the Sixteenth Century.”

“Engaged in the task of how to package the chocolate, we transformed the symbol into an origami boat, a moment that marked the birth of our solution.”

“Utopick package their batches by hand so we created a unique way of folding the paper to wrap the bars. This is a hands-on process which is pure and authentic, embracing the traditions of a skilled craft that is free from the restraints of automation.”

“The paper folds to create two triangles on the front of the design, each with their own colour and texture, personalizing every bar.”

“The packaging opens and closes in a way that makes it easy to rewrap the chocolate making it appear untouched (it’s well known that some people like to keep their chocolate addiction secret).” 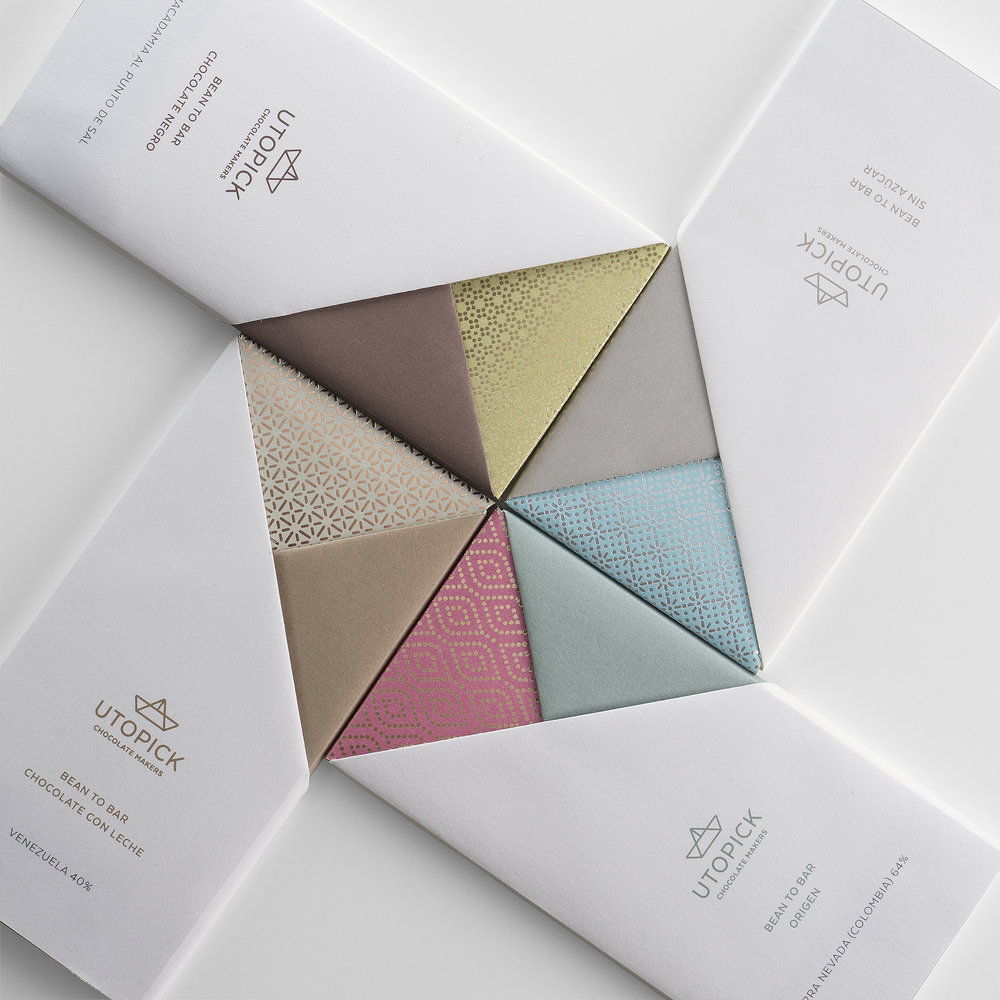 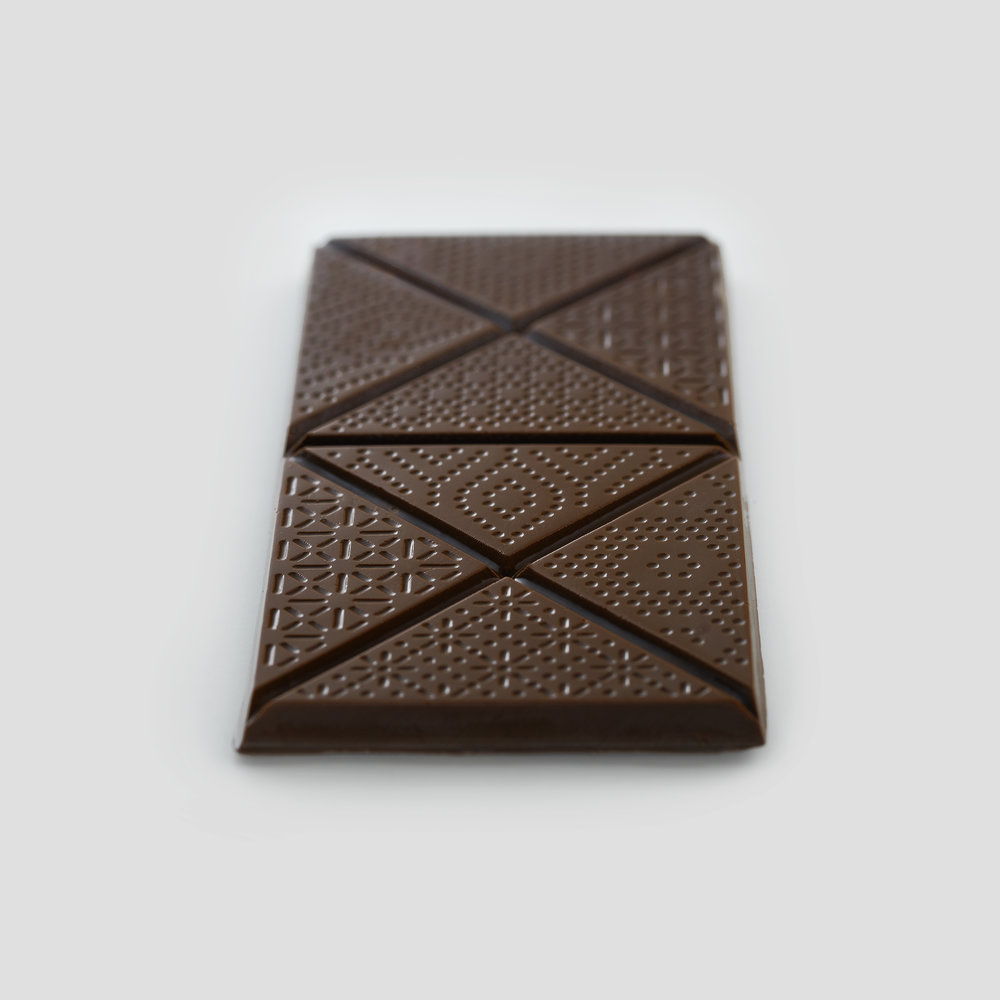 “We reproduced the same shapes on the bar, which is pre-cut into big triangles, once again taking advantage of the ship’s own geometry—the symbol of Utopick.” 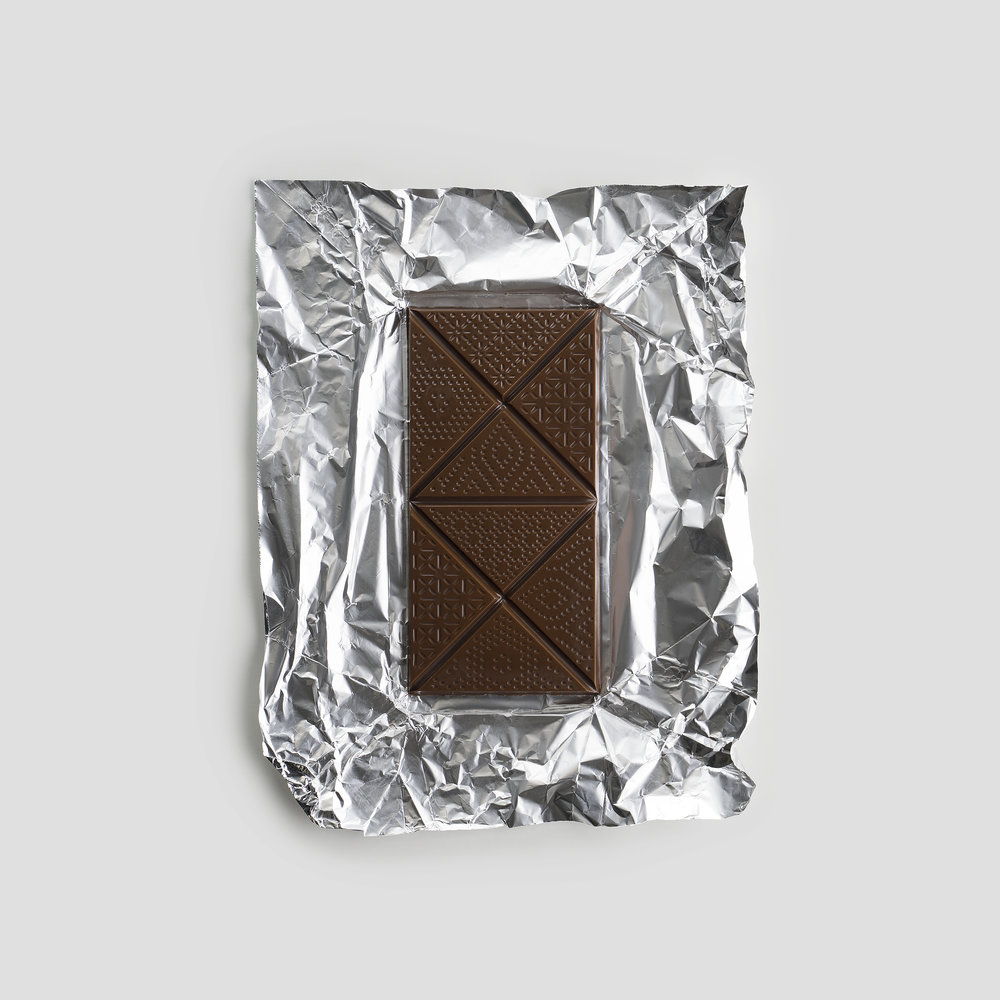 The Packaging Pops on these Super Good Healthy Snacks