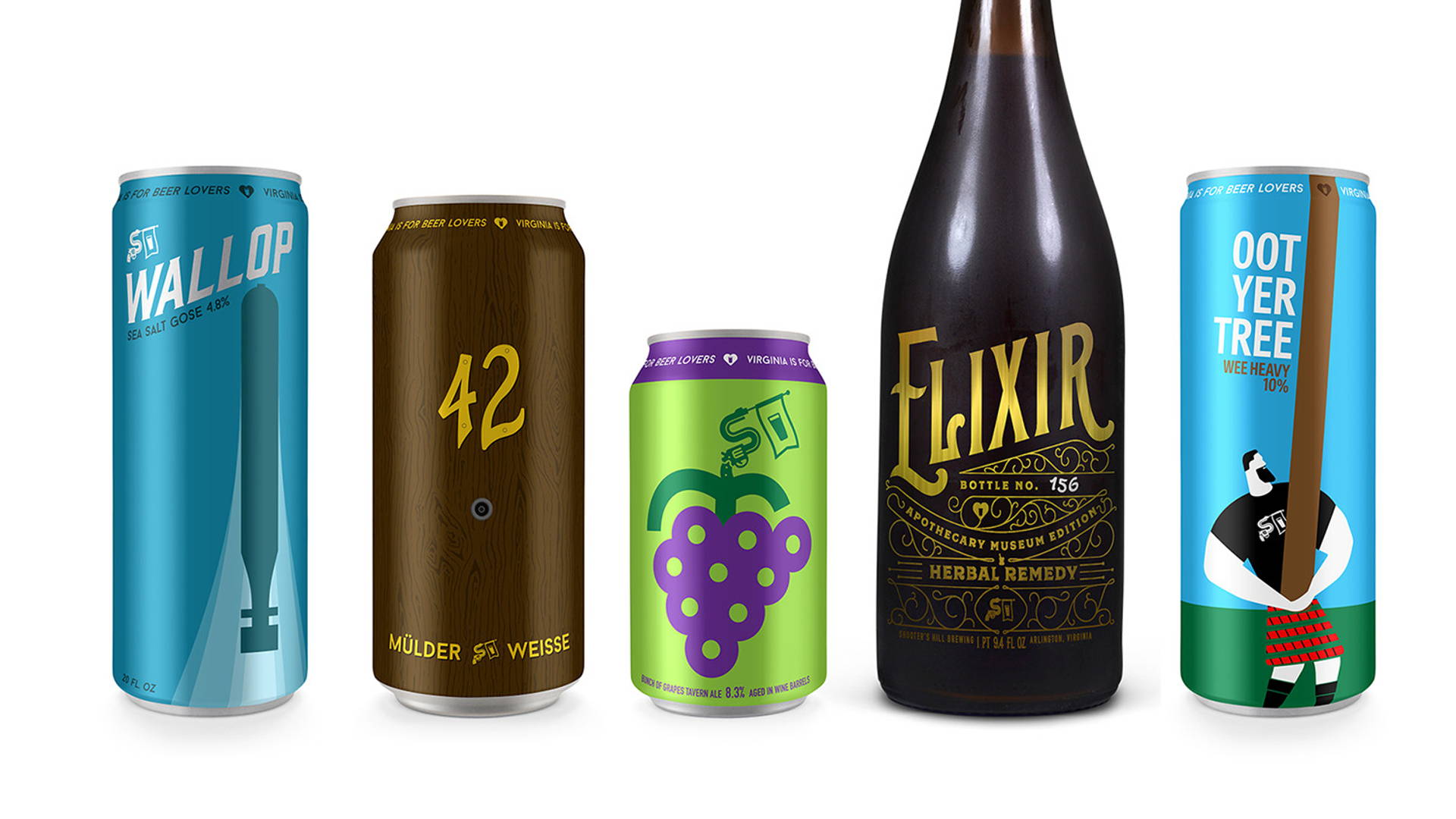 This Man is Resurrecting Old Breweries with New Branding and Packaging 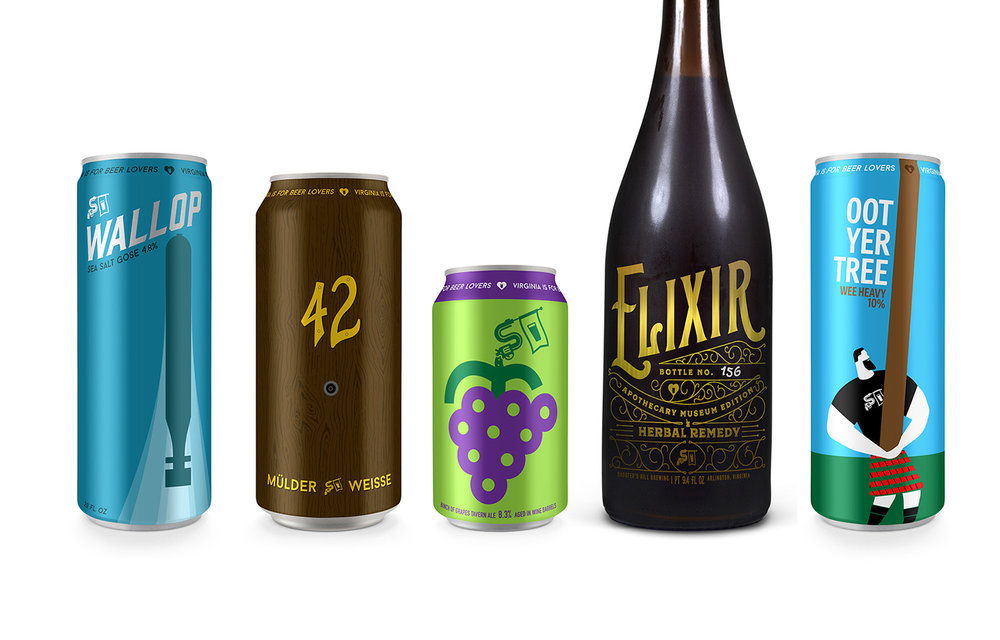 PJ Engel is on a mission: to give life to old breweries. He’s currently working on a year-long project that gives breweries that closed years ago new packaging designs and branding for their beers. By diving into the history of the brewery’s city and its surrounding areas, he creates unique design styles for a new brewery each week and shares his work on his Instagram. We sat down with PJ to discuss how this experiment encourages growth as a designer, how goals can change during a long-term project, and working with the ebbs and flows of creativity.

What sparked your desire to start this year-long project?

PJ Engel: I was seeing design careers that were made from these type of projects. Jessica Hische, Lauren Hom, Andy J. Miller, Bob Ewing, Ryan Hamrick to name a few. If you look through their feed, you will see some hiccups or mistakes. But in the end, they are now doing what they love. Applying this method to things I want to be doing was the desire and initial goal.

How did you take this idea from something floating around in your head to an actionable design project?

PJ Engel: I convinced myself I was going to stick to it, like a resolution. Also having stubbornness and not caring about showing poor designs helped…showing the concept gave me solace.

What were your goals setting out with the project? Now, over two months in, have any of those changed?

PJ Engel: Since deciding to do beer packaging as a year long project, I had to set up some parameters to keep myself on track. Wanting it to grow my skills in design, have fun, and throw a little random history were my broad goals. The specific parameters were:

After two months I sadly admit I have ditched sketching. In the beginning I did some to work out ideas, but it made my time pour over the hour mark too often. Plus this is for fun like art class sprint exercises.

How do you select the breweries that you feature?

PJ Engel: I use the site Old Breweries. Searching by state I find interesting brewery names that I'd like to create a brand for. From there I search the name to see if there is any old breweriana out there, which is really more fun than research. I can get lost looking at any old advertising, not just beer related. 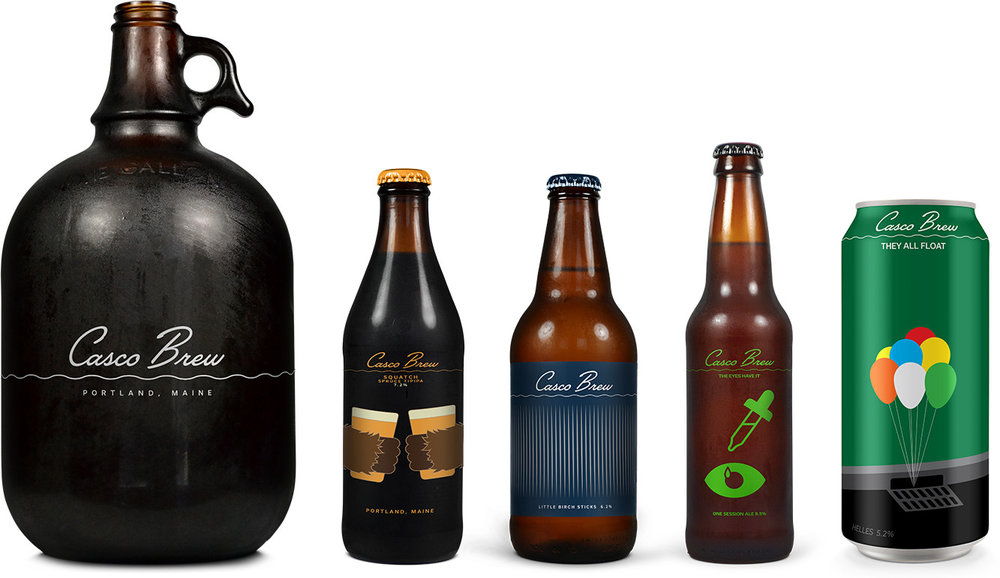 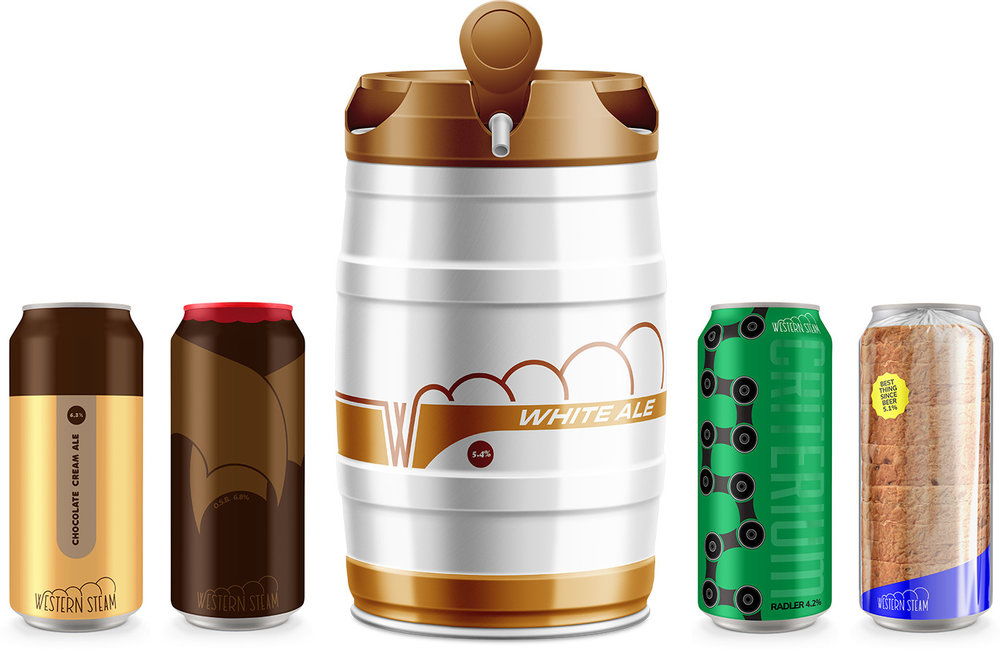 Every post of the revitalized beer has a caption with an interesting or fun fact. What sort of a research process do you go through to inform your designs?

PJ Engel: This part of research started with browsing online for, "interesting facts about City Name, State Name.” I have recently made it a point to reach out to designers in the area of interest and ask if they have some local folklore I might not find in online searches. This has been an added bonus, because I now am connecting with designers I admire.

Once you’ve chosen a brewery, a beer, and have the background info you need, what does your process look like?

PJ Engel: I usually have the list of random facts to use on the same file where I create the logo. I quickly try and formulate a plan for what I want the brewery to evoke through the branding. Sometimes it is obvious to the name and sometimes I just want a reason to use a font I've had sleeping on my computer. Next, I narrow the list down to at least eight of the random facts. I keep them in my head while doing client work, or even plan a design in my head while driving or walking my dog. Then I hash it out as quick as I can; speed and concept are king. Simple designs that are fairly obvious and mesh somewhat well with the logo...and done. 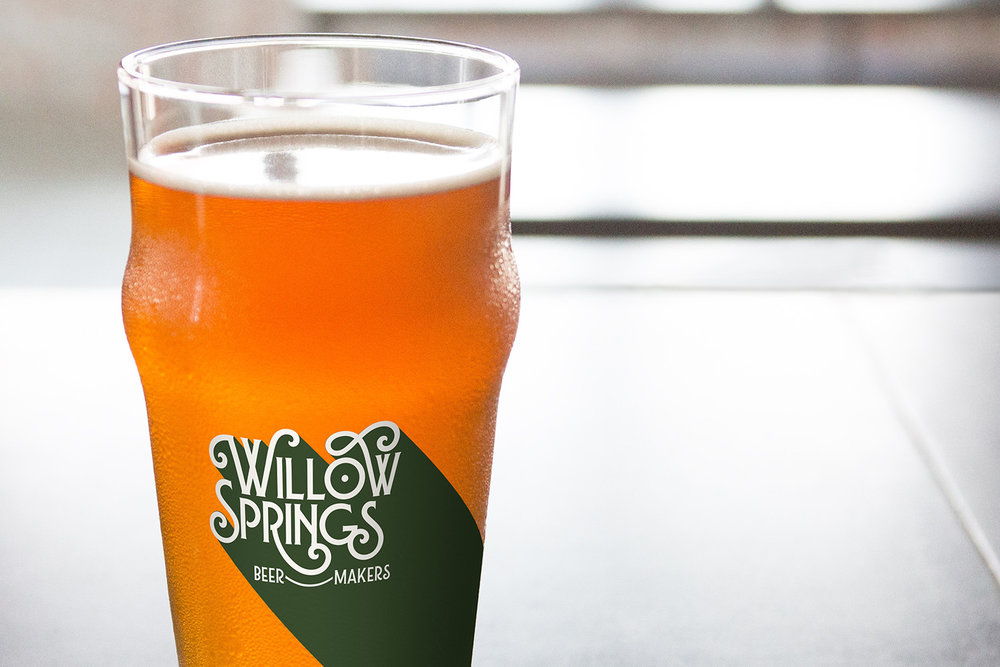 I imagine that taking on a project like this can get exhausting at times. How do you power through those more difficult moments while still staying inspired and feeling creative?

PJ Engel: I just apply the same mentality I use daily for client work. Here is the deadline and something has to be done by then. There are always ebbs and flows in my level of creativity, so I ride them as best as I can. If I have great ideas for multiple designs in a day, I make time to do them and get ahead. At first it was tough, but now I have relaxed a bit in the process and stick to a routine. 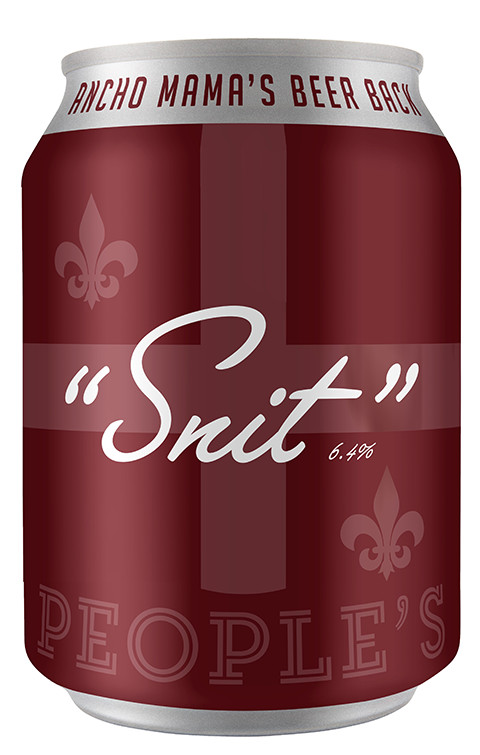 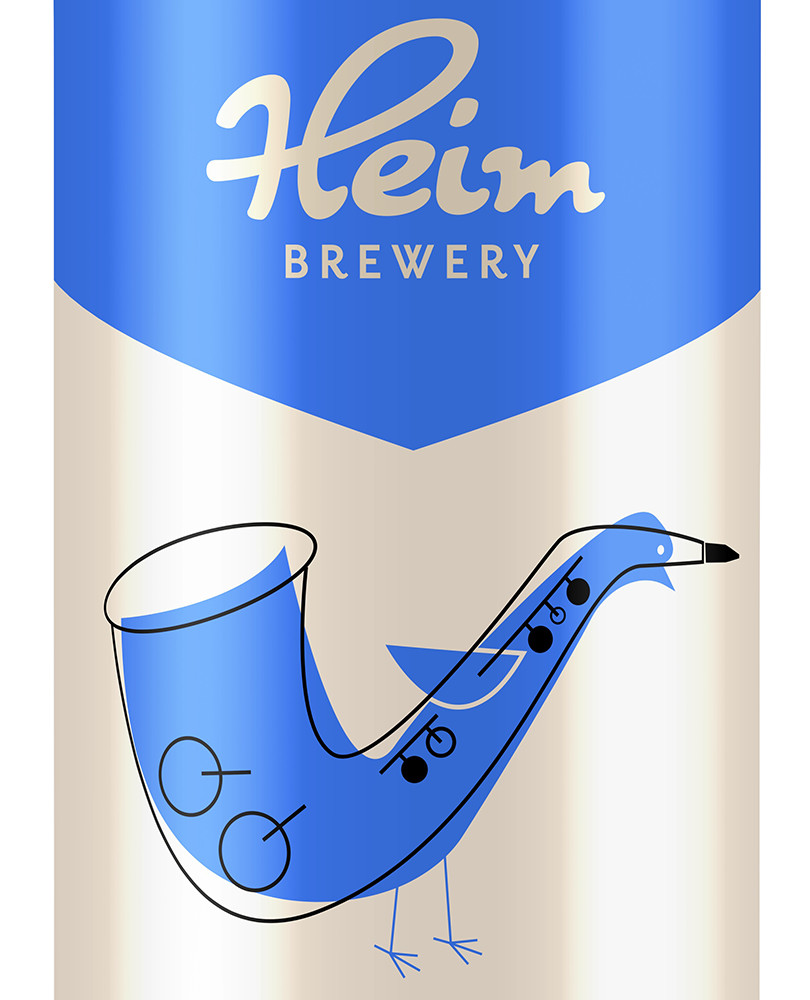 Tell us about some of the more memorable brews you’ve designed.

PJ Engel: The Yardbeerd design for Heim Brewing in Kansas City Missouri is near the top. That was an attempt to mimic the album covers of David Stone Martin, which I felt good about my attempt. Plus I feel like I would stop and pick it up off the shelf. Another would be the Snit concept for People's Brewing Company in Duluth, Minnesota. The story of a snit was fascinating and it instantly made me think of splits. I rarely seem them anymore, which begged for the design.

“In the upper Midwest region, chiefly Minnesota and Wisconsin, we are accustomed to getting a small beer with our Bloody Marys, called a snit. In the 1950s vodka was scarce in the US mostly due to some shenanigans in Russia. Because of this, a relatively new drink, the Bloody Mary, was missing a main ingredient. Minnesotans, long known for their heartiness, gumption, and fondness for plaid, did not take well to the idea of not enjoying a Bloody Mary before going out to cut massive ice cubes out of the lakes. Creatively, they began making bloody marys with beer, something that was not experiencing a supply problem. But here’s the thing. The cans were typically 10 or 12 oz. of beer. To ensure ideal deliciousness of your bloody mary, you don’t want the entire beer in your drink. Minnesotans are also, let’s say “thrifty.” They wouldn’t want the extra beer just tossed out or wasted somehow. So the bartender would empty the rest of the beer can into a lowball or large shot glass and serve it to you with your bloody mary.”

What advice do you have for other designers and artists who would like to challenge themselves with a passion project like this?

PJ Engel: Put it out there for the world to see and kill as many birds with one stone as you can. In the beginning I wanted to land a beer design gig. Since, I've added reaching out to designers I admire and more useless facts for trivia. Even some that aren’t helping with ideas. If I like their work, I’m now more comfortable with giving praise and a hello. 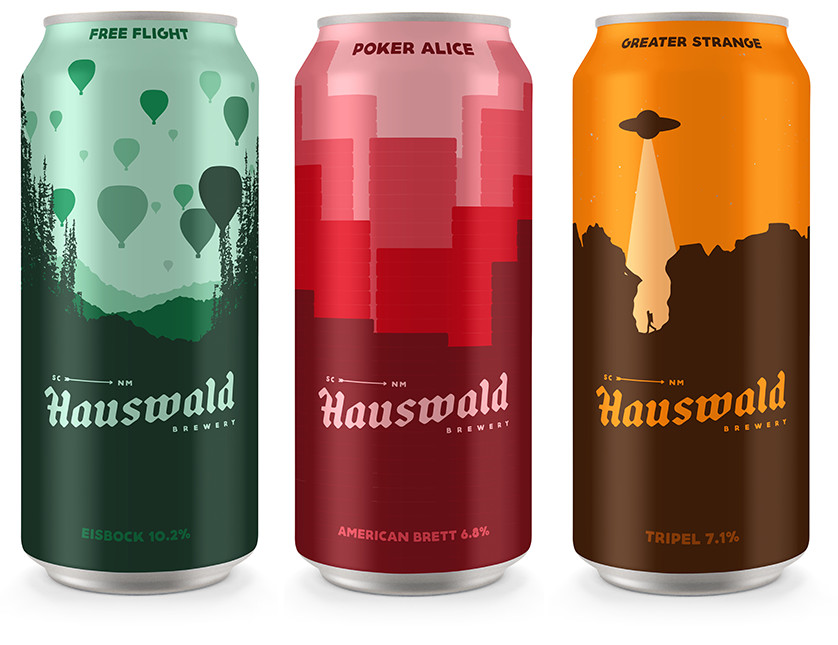 Job of the Week: Lacia

How AND UNION Designed Simple and Eye-Catching Craft Beer Cans