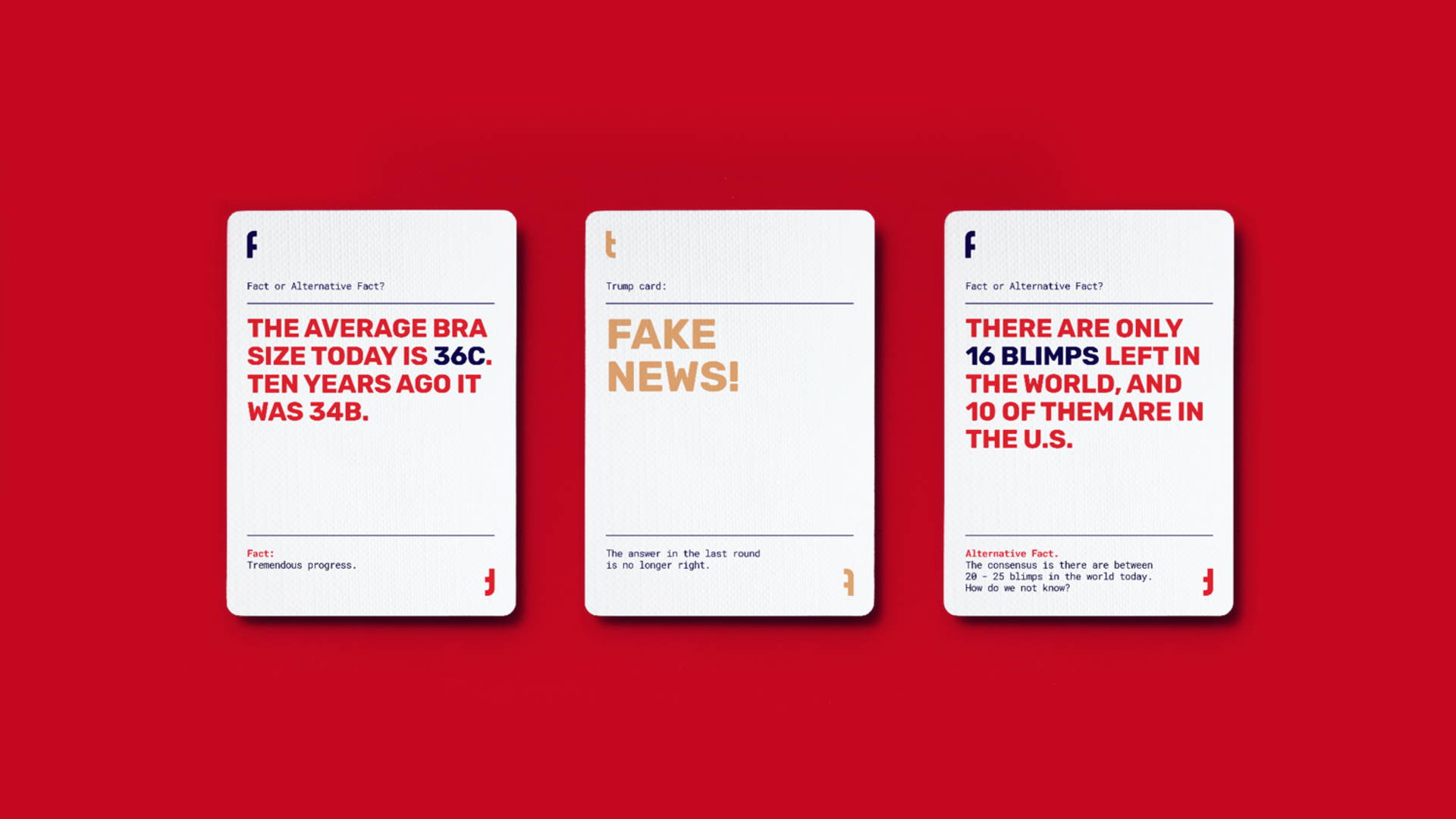 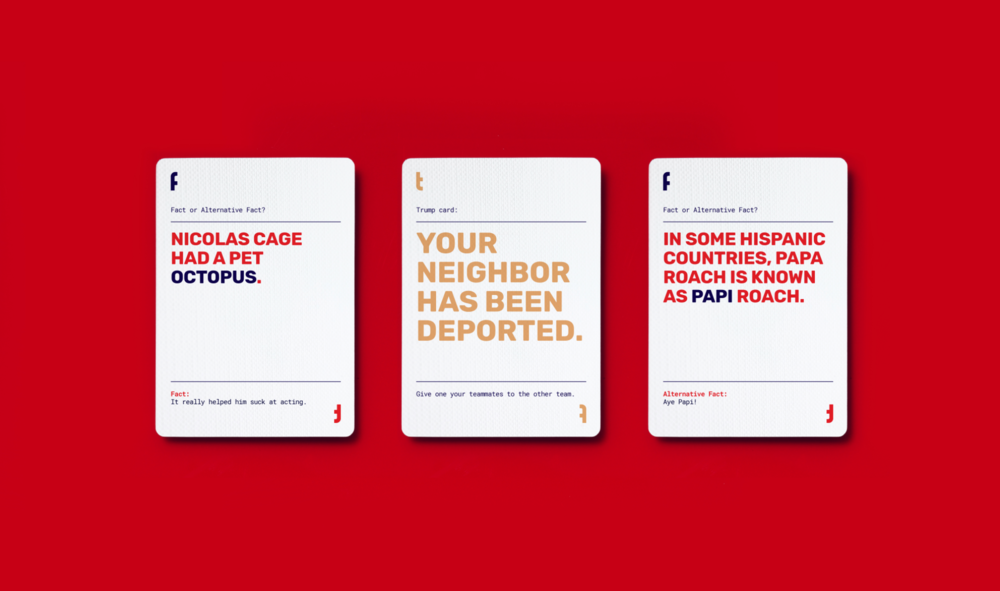 Given what's been going on within American politics these days, this card game might be one of the most clever we've ever seen. A group of ad agency creatives came up with The Alternative Facts Game, inspired by the term that was coined by the counselor to the president, Kellyanne Conway.

"When a group of friends were joking amongst themselves about how ridiculous the concept of 'Alternative Facts' actually is, an idea was born. A card game. A battle between two teams to see who knows the difference between the facts and the alternative facts." 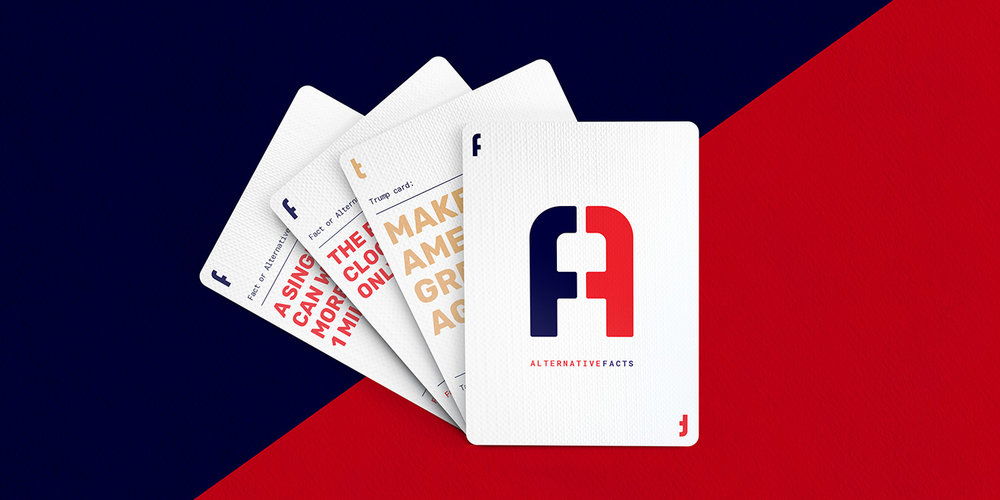 "To kick things off, the player with the biggest hands draws the first card and reads the statement to a player of their choosing. Simply rotate back and forth, asking players from each team if the written statement on the card is a fact or an alternative fact. Be careful of the VERY DANGEROUS 'Trump Cards.' Should you draw one, you may be subject to deportation, gag orders, or tiny man hands. The first team to collect 15 cards and announce “I know cards. I have the best cards!” wins." 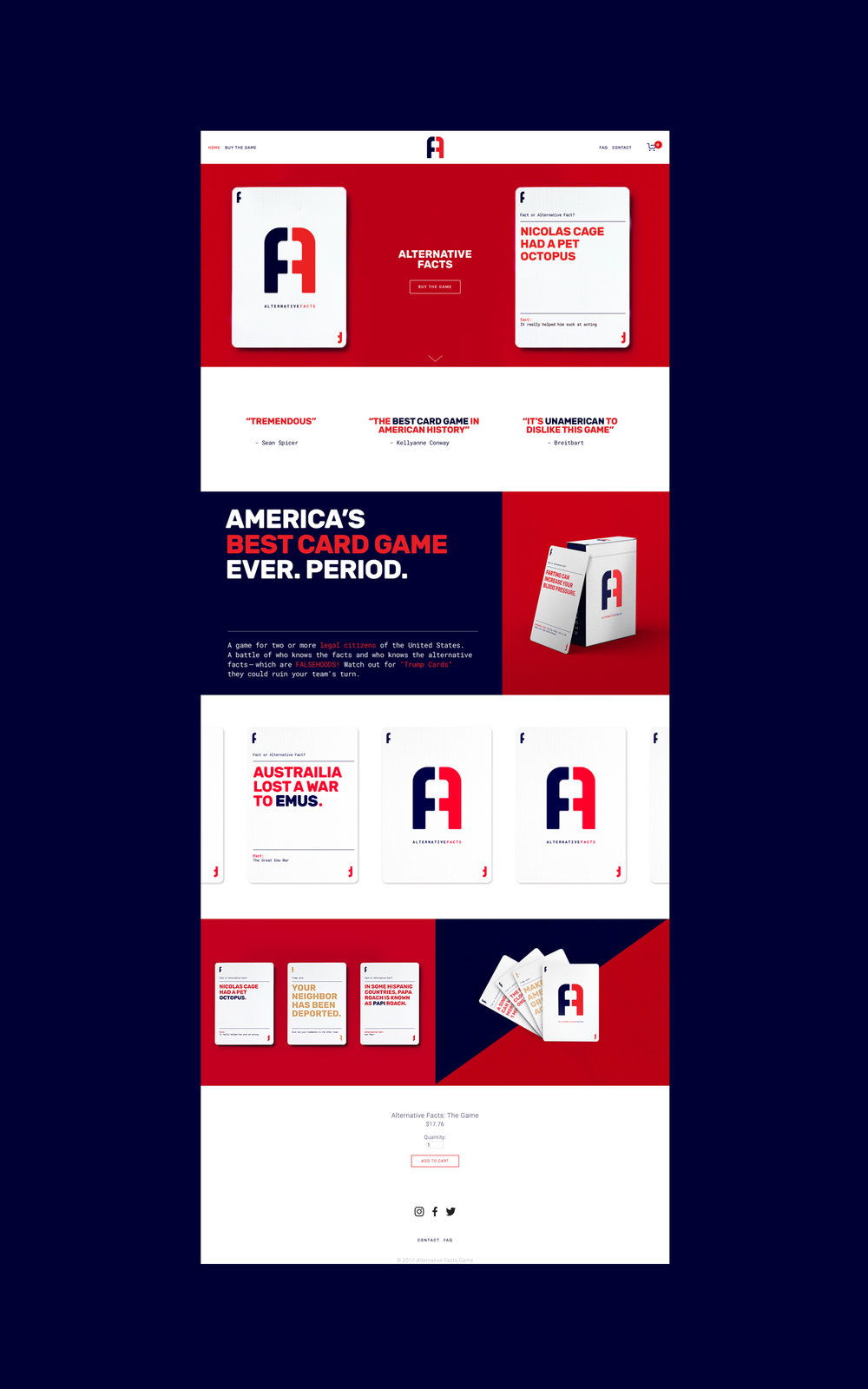 "A portion of the proceeds will be donated to the ACLU. (This is a private donation and not supported or endorsed by the ACLU in any way.)"

A Beer Straight From the Bayou