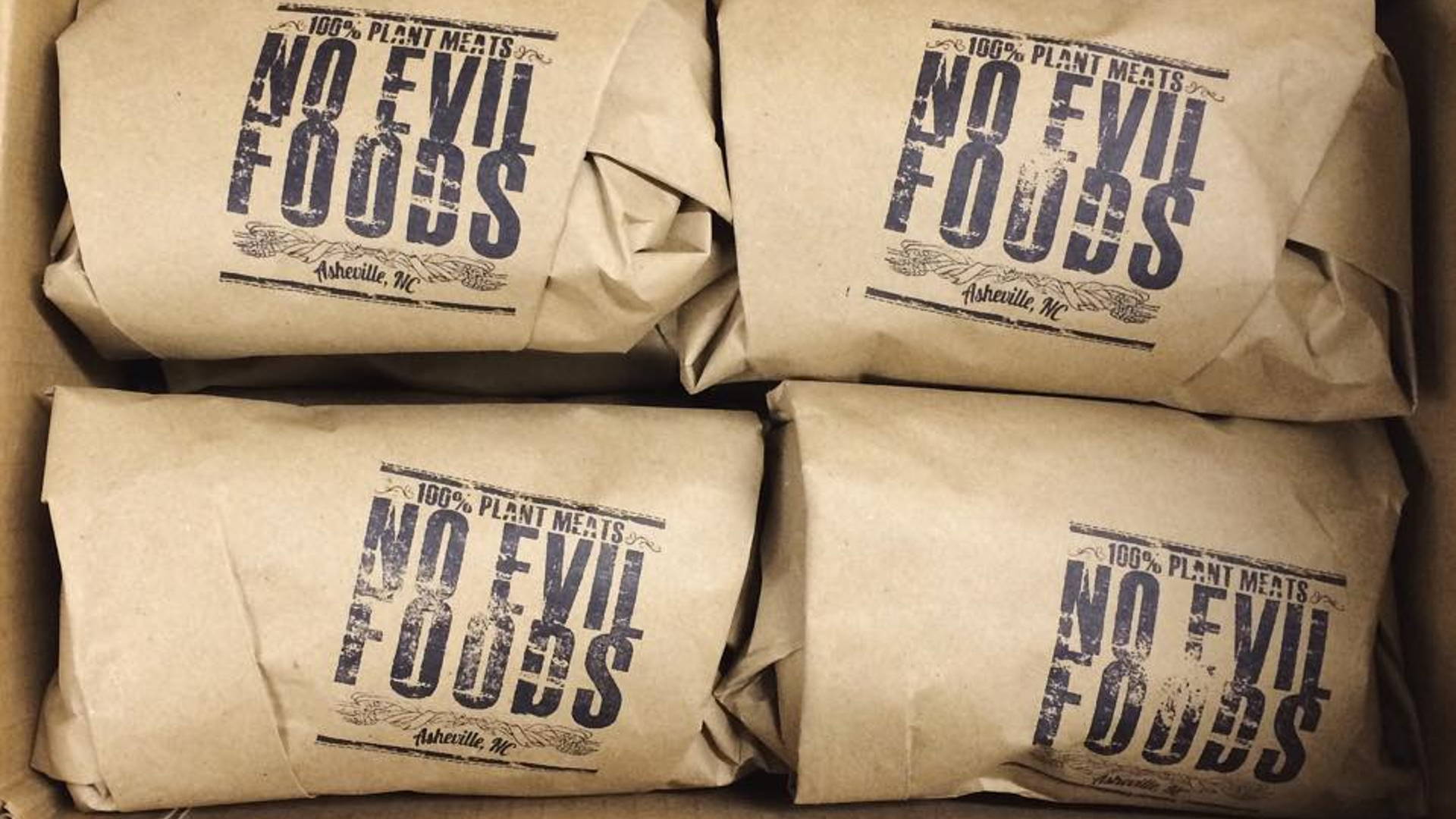 This Thanksgiving, Pardon Your Own Turkey With No Evil Foods

With Thanksgiving just around the corner, you’re probably already piecing together your menu and making a mental checklist of all the things you won’t discuss with your Aunt Karen. But then you get the call from your Mother about your nephew—the one who attends that delightfully overpriced liberal arts college? He's sworn off meat forever and now you’ll need to find a vegan alternative or else he’ll have to join Aunt Karen at the local Denny’s.

Well, dear reader, fret no more. Let us introduce you to The Pardon.

While it’s hard to imagine our current president actually pardoning a turkey, now you have the option of pardoning your own with No Evil’s Thanksgiving centerpiece. Made from a mouthwatering combination of chickpea flour, white beans, and white miso, the Pardon is dry rubbed with a combination of seasonal spices for a one-of-a-kind vegan Thanksgiving.

Since No Evil started peddling their vegan wares back in 2014, the Pardon has been available on a seasonal basis.

“It started in a home kitchen,” co-founder Sadrah Schadel says. “My partner and co-founder Mike Woliansky and I were getting into homesteading and growing our own food. I grew up in an environment where we didn’t just buy things, we were encouraged how to make them and be creative with what was on hand.”

They started seeing plant proteins in the grocery store and were curious about cooking with them as they weren’t too keen on some of the ingredients that were used in meat alternatives. “We decided to make some ourselves,” she says. “It came from that do-it-yourself punk rock mentality of don’t wait for someone else to do it—figure out a way to make your own scene.”

The Pardon comes wrapped in butcher paper, but next year it will have packaging similar to their other offerings. Above is the prototype.

No Evil Foods find themselves in good company as more and more businesses are trying to create foods that can be raised sustainably and which are more friendly to the environment because they use less water and decrease CO2 emissions.

“It’s moving out of the niche category and into the mainstream,” Sadrah says. “We come into the problem a lot of times where there are too many selling points for what we do. There’s no wrong reason to eat our food. If you want to do it because you feel ethically inclined to do it, then that’s awesome. If you’re more compelled to do it for health and environmental reasons, that’s great too.”

Crucial to their mission, it was important for No Evil to use home compostable packaging for all of their foods. Because they were doing a lot of sustainable agriculture when they first started making these alternative meats, they were already doing a lot of composting, so it was only made sense that their mission would lend itself to the realm of packaging as well. “It’s one thing to have a great product that people really like to eat,” Sadrah says, “but we need to live our mission in every way.”

While the Pardon is still wrapped in butcher paper for the masses (though currently being redesigned), their packaging takes inspiration from the craft beer scene in that it’s a little edgier and fun. Being from the craft beer mecca that is Asheville, North Carolina (and having come from that industry as well), it was only natural that they would borrow design cues that they thought would help them stand out on the grocery store shelf. Working with designer Michael Kravit, the packaging for their year-round offerings unfolds somewhat like their butcher paper, but loaded with factoids about plant meats, or as Sadrah puts it, their “environmental high fives.”

“We really want to make people think that they’re doing a really good thing for themselves, their health, the environment, and for animals everywhere,” she says. "We want food you should feel good about and to really carry that message through.”

The Pardon is now available for order nationwide and $1 from every purchase goes to the turkeys at Full Circle Farm Sanctuary.

The Nostalgic Yet Bold New Look Of A&H Deli Provisions