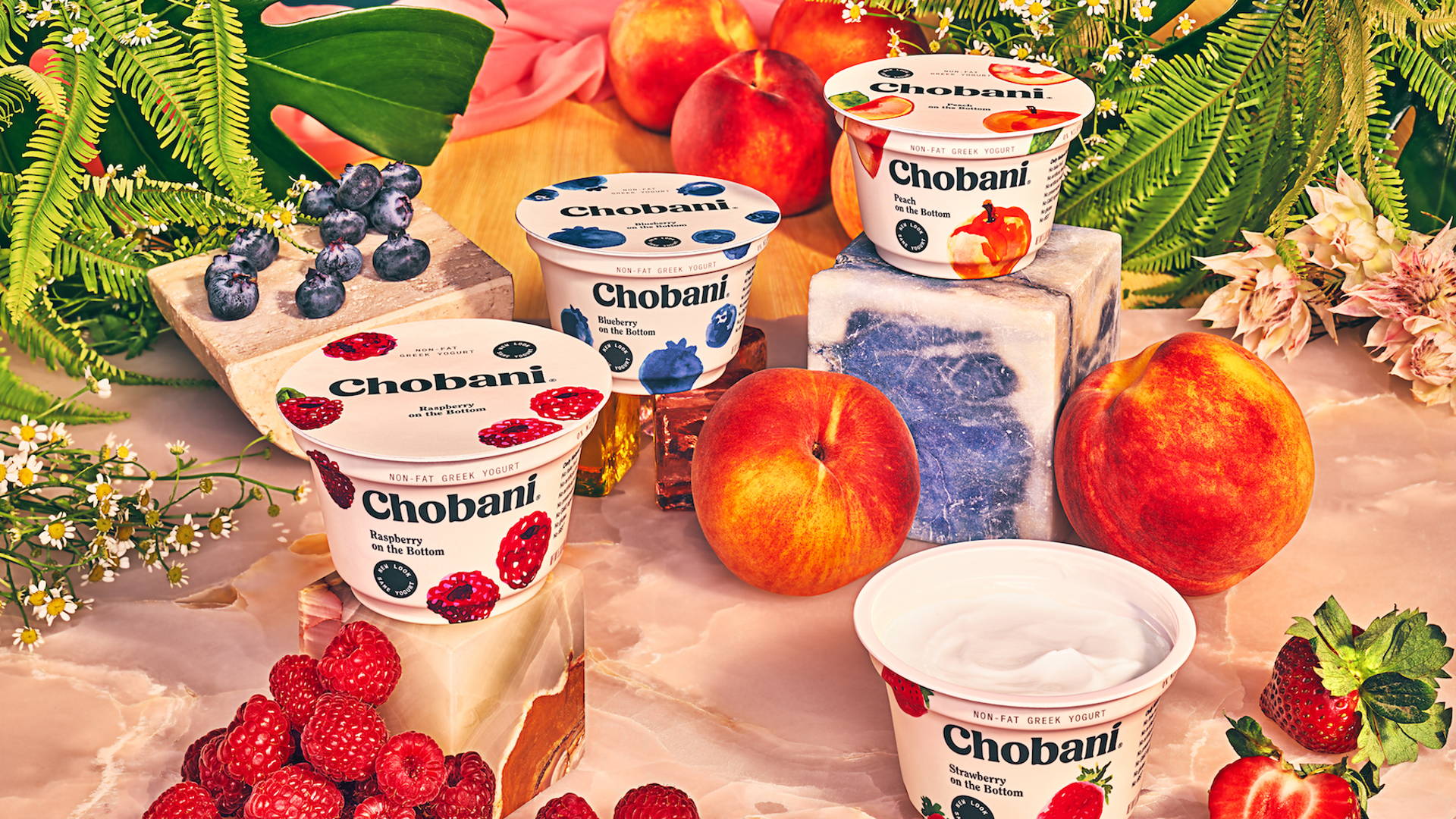 Chobani is now the country’s biggest yogurt brand—not Dannon, not Yoplait, not Jamie Lee Curtis’s prized Activia. In the great battle royale of the yogurt aisle, Chobani has reigned supreme. Not bad for a brand that’s been in business for just over a decade.

So, why now? If ever there was a time to rest on your laurels, isn’t this that moment? According to Chobani, absolutely not. In fact, it’s precisely the right point in time.

“It wasn’t so much just a packaging redesign, it was actually a rethink on the positioning of our company for future growth,” says Chobani’s Chief Creative Officer Leland Maschmeyer.

“Most people do this when they’ve fallen behind or fallen out of relevance, so they tend to rebrand from a position of weakness which I think causes some hastily-made decisions or for people to not achieve what they could have from a position of confidence. The fact that we are in a leading position makes it the best time to do it. It’s much harder to build on your successes and stay in the lead than just coast on them and fall behind.”

As the leaders of their category, it’s only natural that their competitor would try to imitate them. On your most recent trip to the local grocery store, you maybe thought that yogurt aisle looked more like a yogurt-cloning factory.

But it was also a back-to-basics moment for the brand, one where they could go back to their essence of being a company that sells wholesome, organic products. Chobani sees themselves as part of a much larger food movement, one that in recent years has focused on the supply chain and just where our food is coming from.

“It’s expected that food should be natural, simple, and good,” Leland says. “It’s now moving to a conversation about how we experience food beyond just consumption and nutritional value. And that fundamentally is a question of experience. We wanted to bring design to the food category and reshape the way people experience products so that we could better align with where food is going in the next 10-20 years.”

Inspired by the folk art of the 19th century, their bright and vivid hand-drawn illustrations of fruit look as if they were lifted from a calendar straight out of the American Folk Art Museum. They clearly stand apart from the competition.

“Chobani has this really wonderful creative tension within it,” Leland says. “On one hand it’s democratic, traditional, and accessible. On the other hand, it’s modern, contemporary, creative, and innovative. Trying to find the meeting points and the overlap between those two is definitely a big challenge. But that tension is ripe for creative potential. Rather than find something new, we wanted to find creative inspiration within a visual vocabulary that came before us, a visual vocabulary that had a lot of the same characteristics that our brand has, and then try to reinvent and build on top of it.”

So much of the brand is about people and community, it’s about doing things the old way, the simple way. And those are a lot of characteristics of folk art. At the same time, 19th-century folk art, if you look at it, actually looking like Bauhaus artwork and it predates it by 50 years.

That sense of modernity and tradition are on full display with the redesigned packaging by Chobani’s newly assembled in-house team. But don’t just say it's a redesign and call it a day.

“This was about evolving the brand,” Leland says, “rather than changing the brand. We see it as just an improvement and re-articulation of what we’ve always been.”

These Beauty Products Are Backed By Science