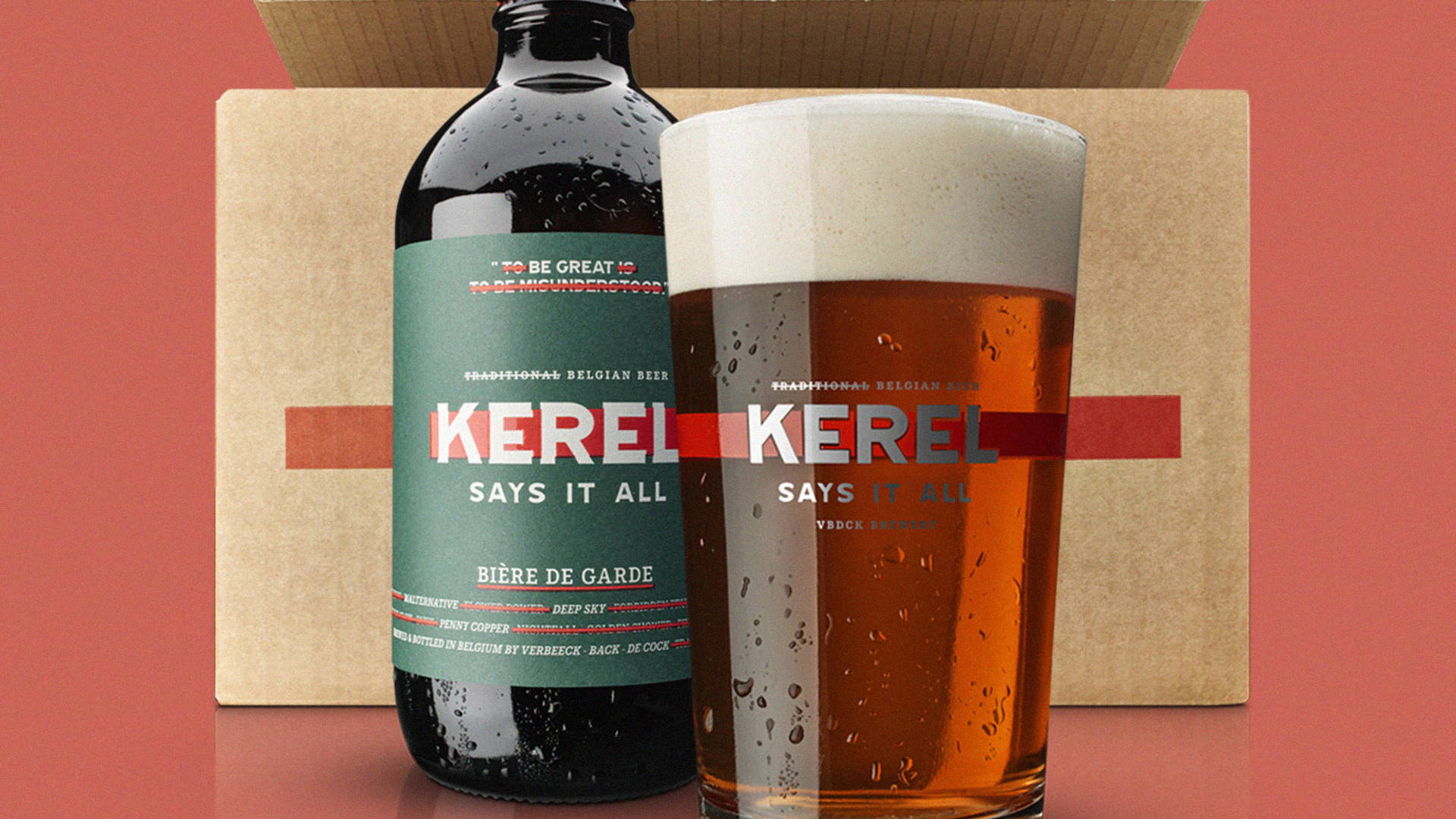 This Historic Belgian Beer Gets a Sleek Modern Update 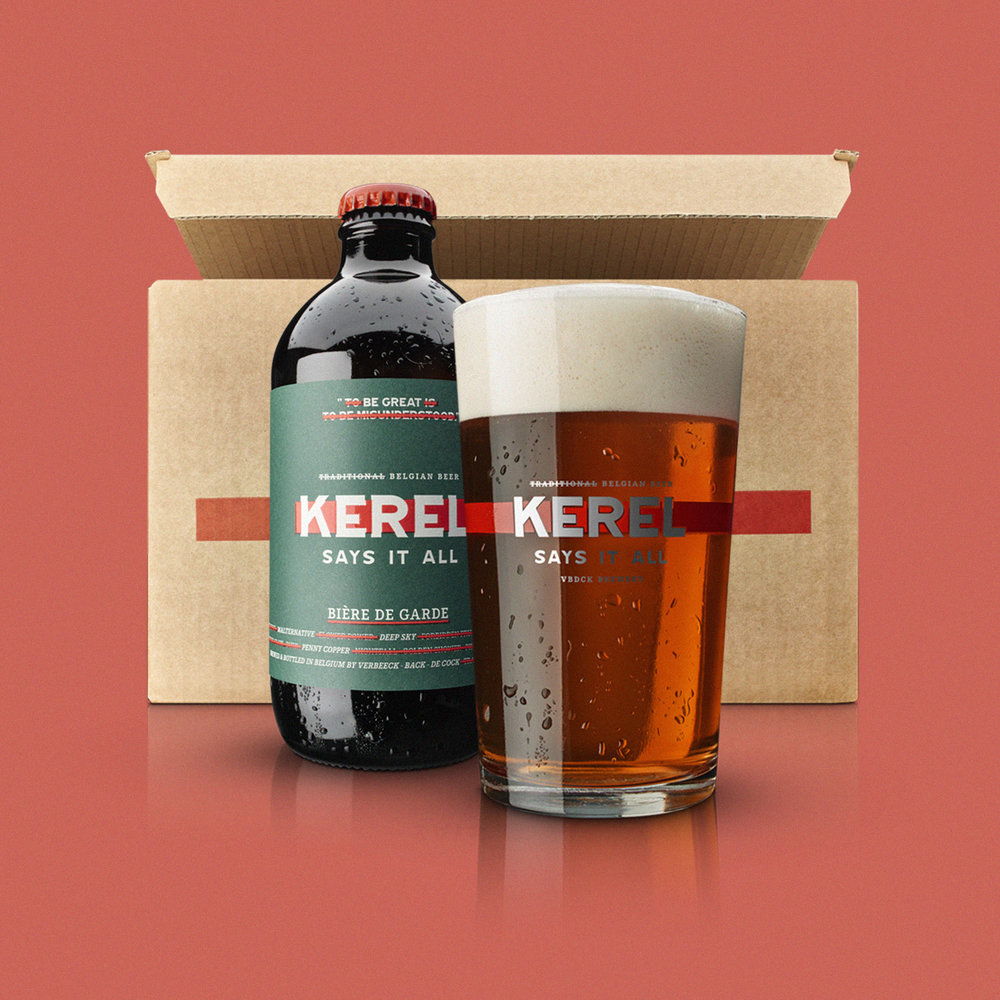 Zware Jongens redesigned the packaging for KEREL, a Belgian beer with a historical context.

“Deep down in one of the basements, covered by a pile of rubble, a single bottle of the original KEREL beer had been preserved. The glass was unbroken. The bottle cap was firmly in place. Luck? Destiny? No one wasted time on these philosophical questions. What they needed now, was the miracle of science. With the greatest of care, the bottle was whisked off and offered to a team of Belgian experts and university scholars to analyze and extract the original KEREL yeast DNA. It’s the very same yeast that is used today to brew every new delicious batch of KEREL beer. Think about how special that is.

Not only is every bottle of KEREL rooted in a tradition that goes back several centuries. This is a beer that survived against all odds. It was left behind, abandoned to become part of the past. It was never meant to survive. But it did. Somehow, it came back stronger than ever, bringing its full flavors and strengths into a new age.” 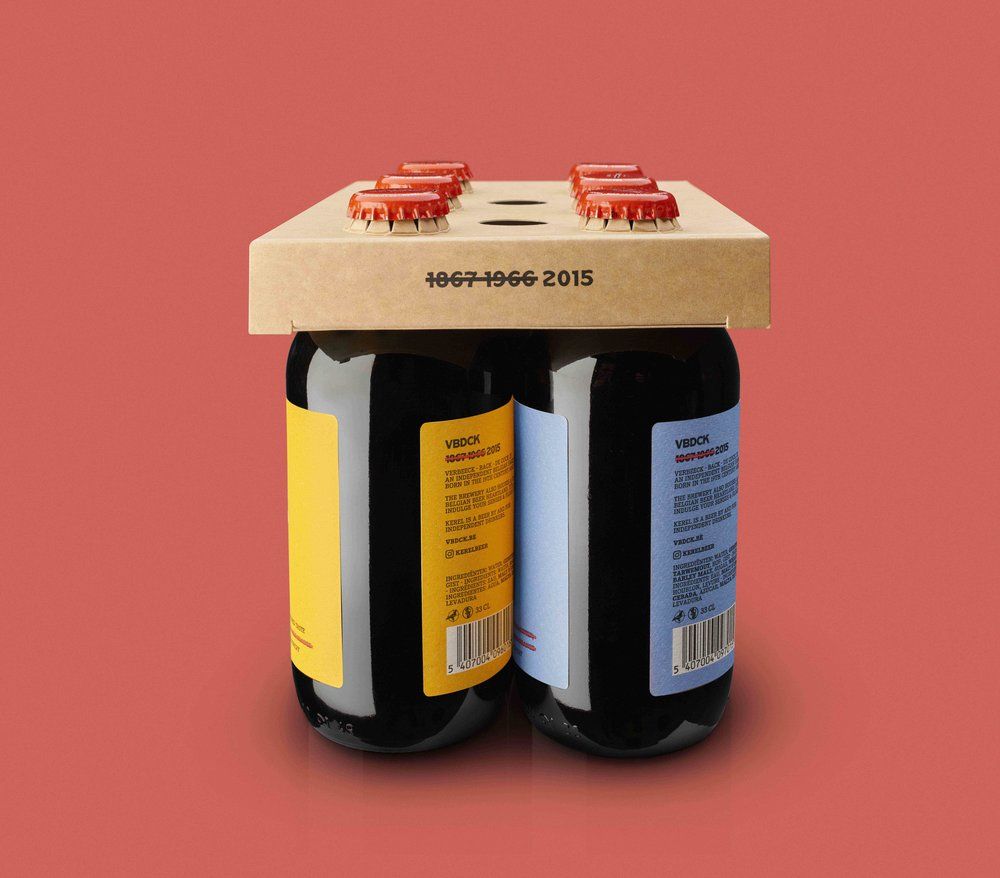 “KEREL says it all.

To be proud of your roots means to see them as a foundation to explore new heights, not as limitations, a set of rules about who you should be or a simple story about heritage.

We will speak our truth. We will quote others whose truth speaks to who we are. We will think for ourselves. Aloud. We do this for making a connection with like-minded members of our species… and to have some serious fun.

Both the branding for the KEREL beer & the VBDCK Brewery are based on these principles.” 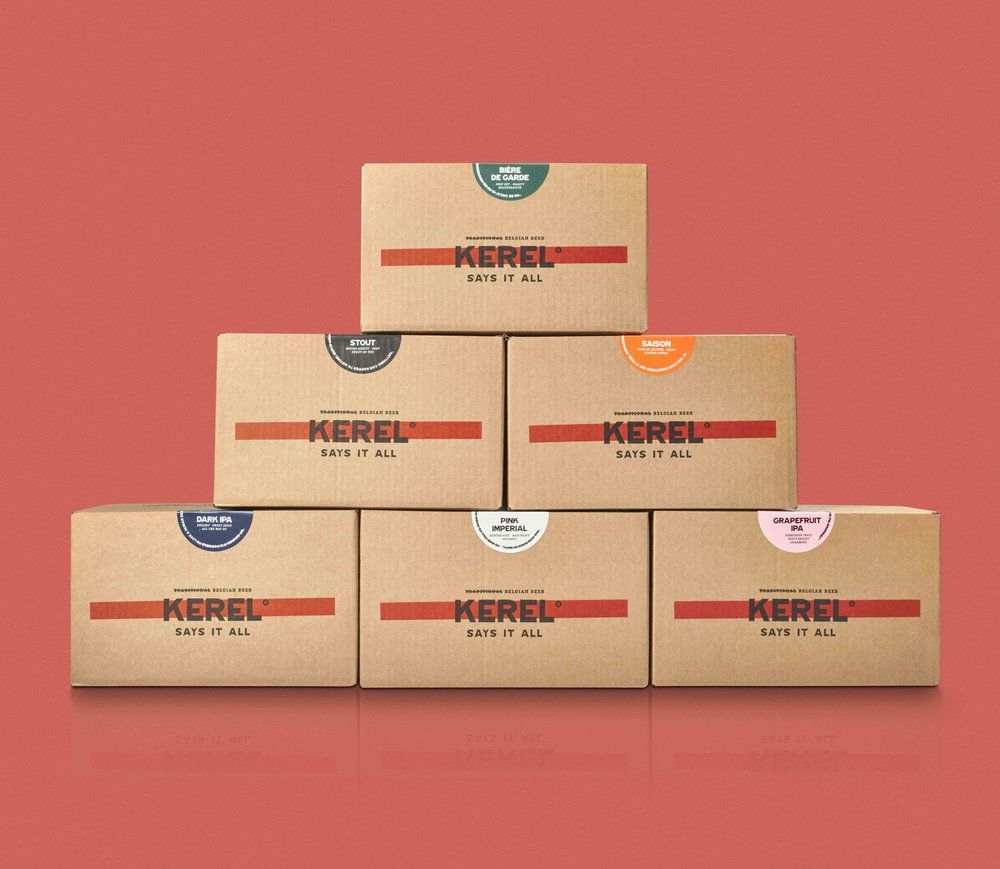 “Stubby is the word we use to describe the bottle we selected for KEREL. We chose this shape because it stands out. It’s not average. No long neck, or elegant bottle. KEREL is different. KEREL is your chubby friend, not afraid to speak up. We see it as the ugly duckling. Everyone may think it is weird and oddly shaped. But over time, people will recognize it and become familiar with it. Heck, they might even start loving it. We already do.” 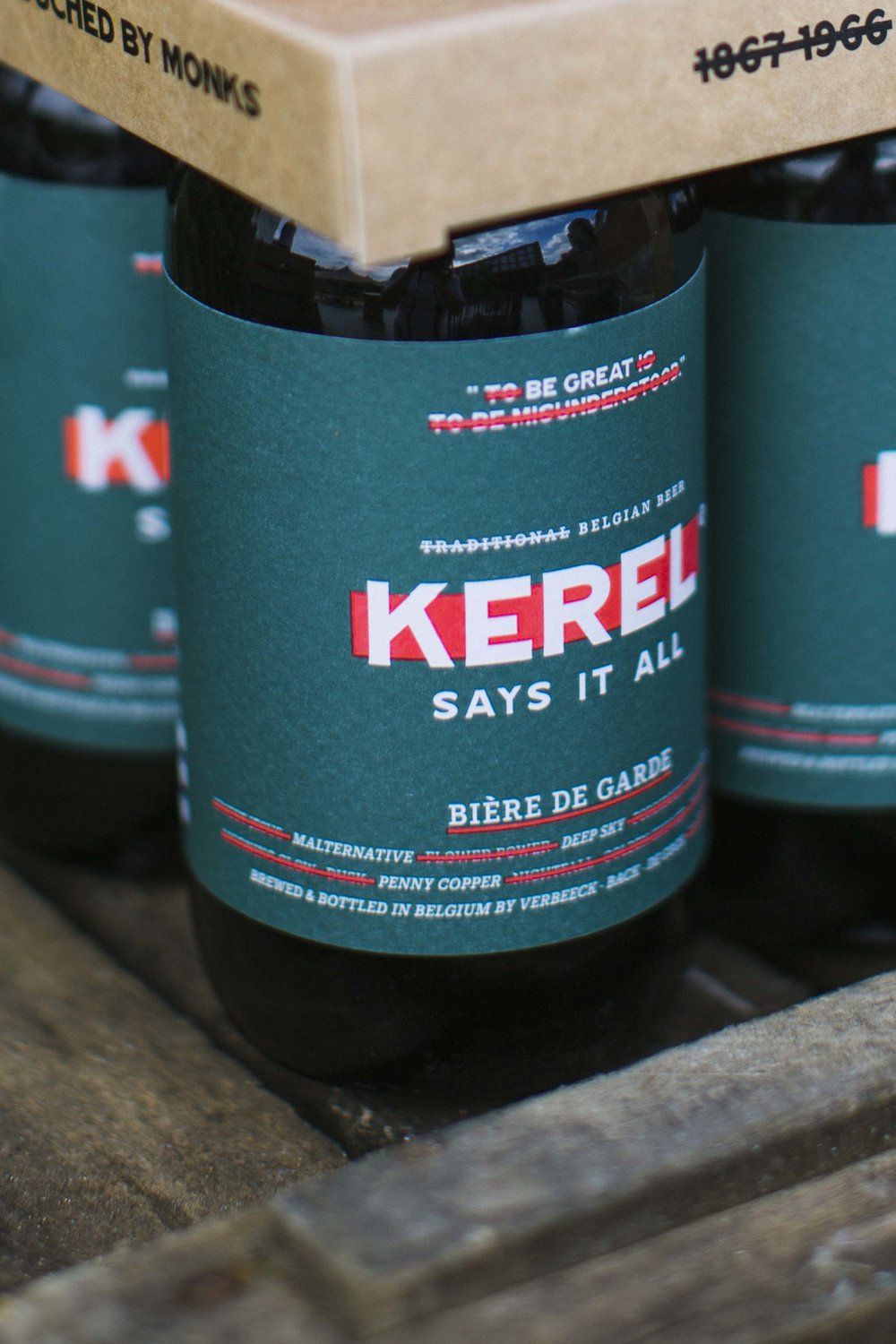 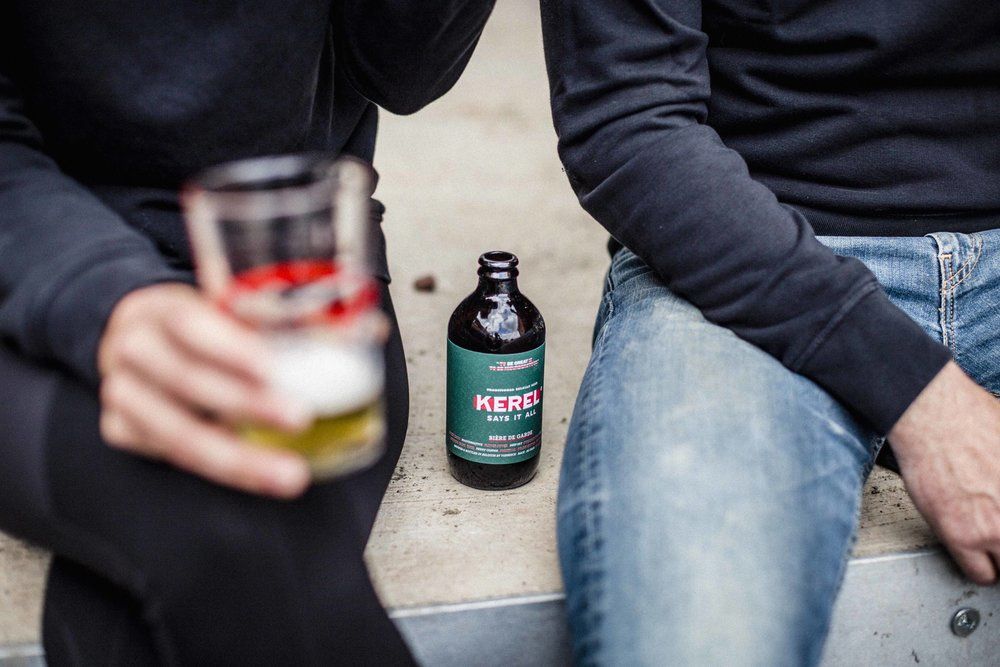 “We ship KEREL Stubby in a six pack. Made from cardboard it holds six stubbies by the neck. We chose this method because those curves are just too good looking to hide.

We use the approachable cardboard look & feel with black lettering and the recognizable highlight, cross and underlining. In the design, we believe in simplicity & bold messages.

A larger order comes in a cardboard box that holds 2 six-packs. The boxes are the same for the different beers. Round & coloured stickers are used to show which beer you are dealing with. The quote on the sticker teases you. Upon opening you will see the two six packs from above.

To drink the beers, we created beautiful, but oh so simple and distinguishing glassware, emphasizing KEREL’s red line over the total width in the middle of the glass.” 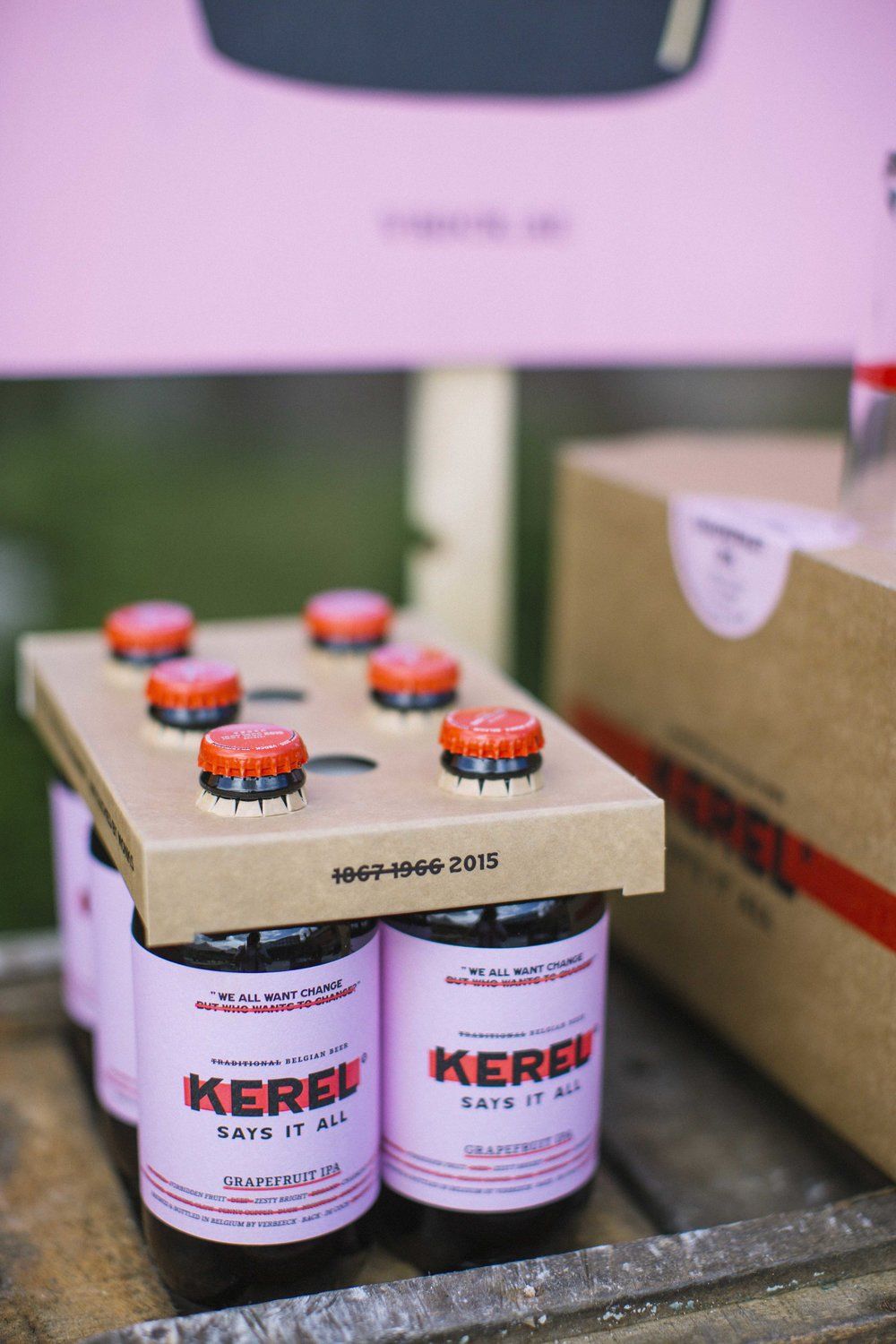 Check Out The Chic Packaging For This Vietnamese Fashion Brand