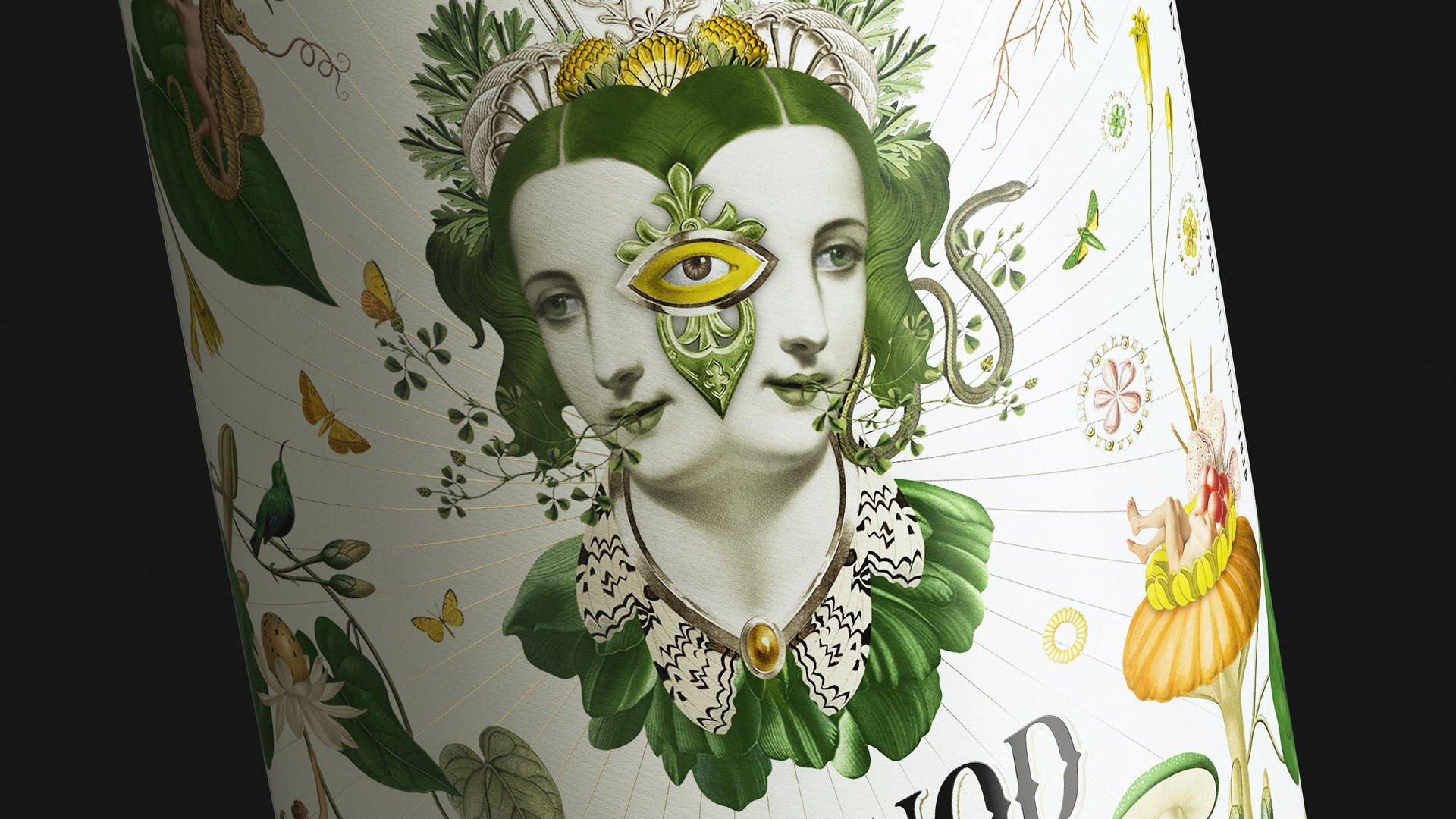 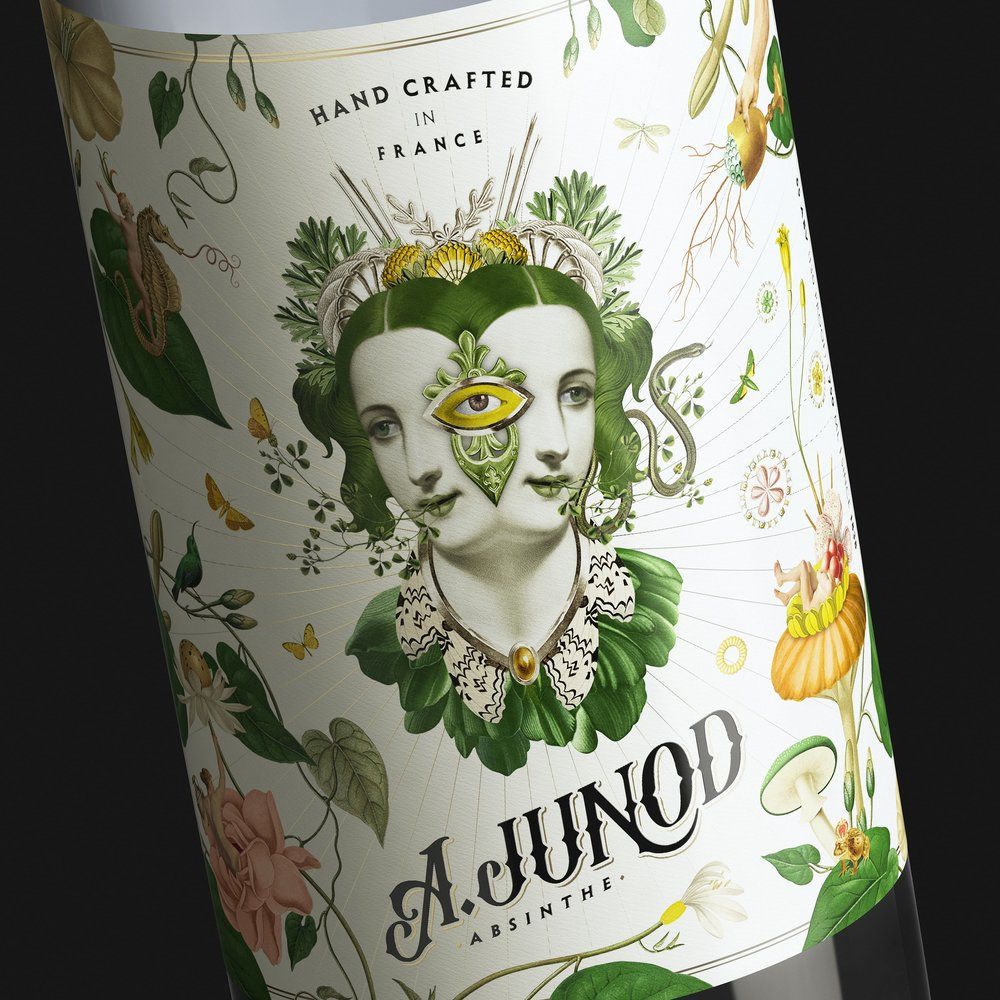 Randy Mora designed the stunning packaging for A. Junod Absinthe. The design features a collage-style label that is adorned with beautiful botanical illustrations and delicate gold foiled elements. A. Junod is a new Absinthe brand that prides itself from being made in France, and with this packaging is sure to be a great addition to any bar. 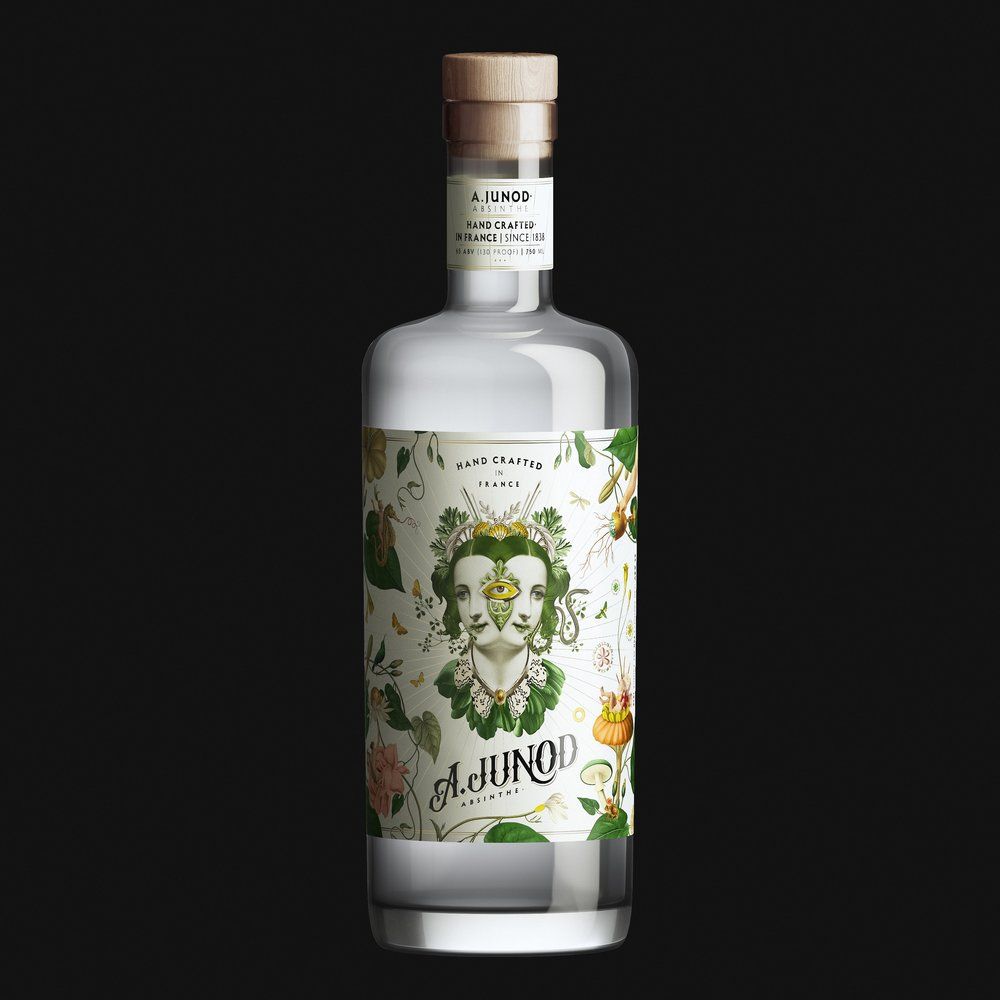 "I was commissioned to update the brand structure through a new design for the label and packaging. A full illustrated label was created to give a new and refreshing face to A. Junod. I drew upon the richness of absinthe’s history, as well as its mystical and even supernatural qualities that so much inspired the bohemian culture of its time.

In order to capture A. Junod’s renewed and exotic nature, I wanted to integrate the two facets by which absinthe has been known in popular culture. The first one, that focuses on its formidable qualities, as a green elixir with healing powers that eventually served to inspire numerous artists and writers, and the second one, as an addictive beverage that supposedly incited frantic behaviors and hallucinations among them.” 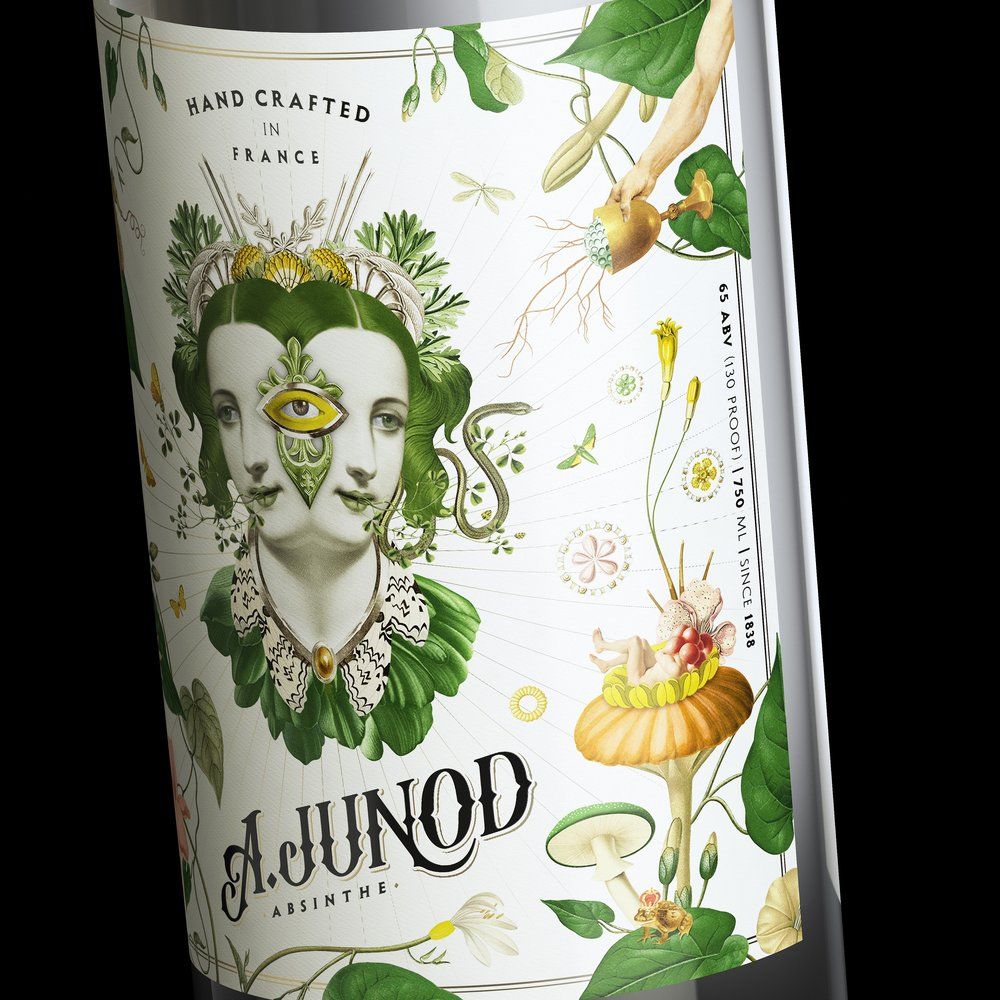 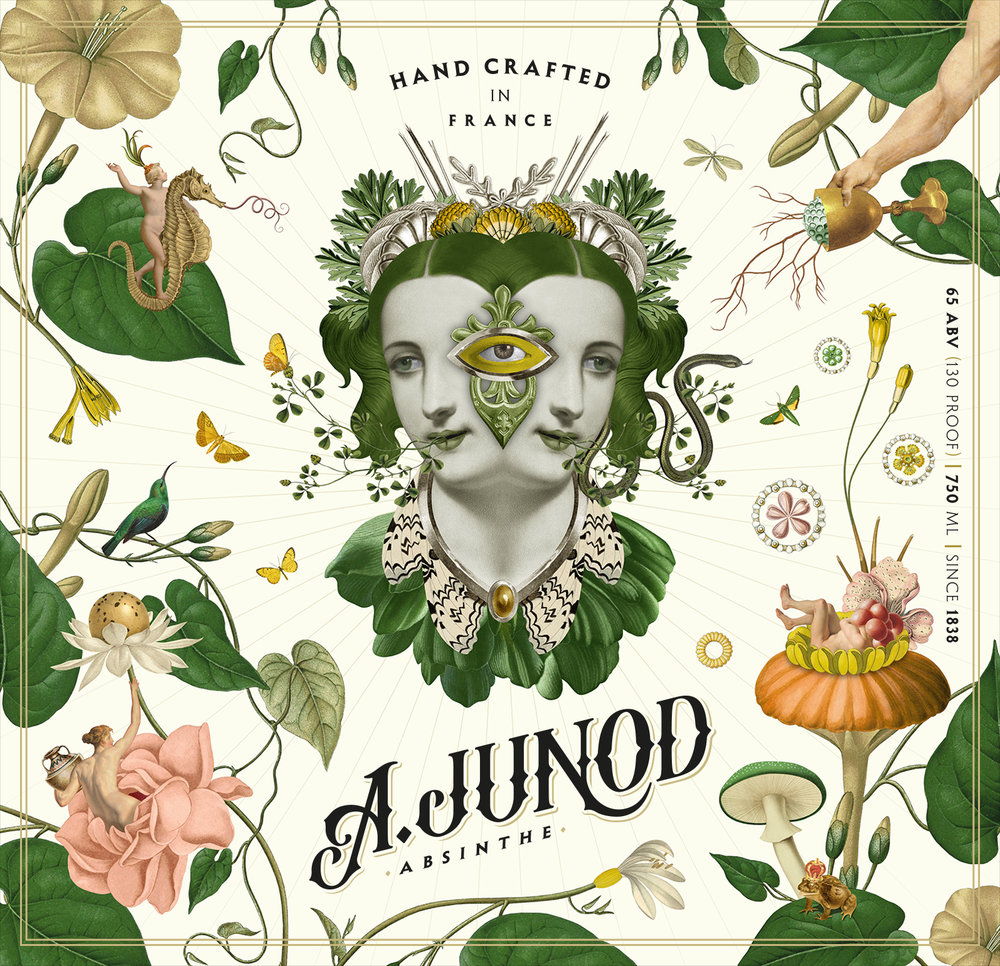 “I approached both facets with a poetic and mystical tone. The objective was to integrate these concepts into a main character, an updated version of the green fairy, I wanted to create a world around her as magical and mysterious as the drink itself.

The logo, monogram and lettering were in charge of Simon Londoño, ‘Le Monsta’, he took inspiration from classic graphics and production methods from the Belle Époque. The logo was crafted with a classic letterforms style, bold weight, with subtle ornaments and chisel finished forms. All this without missing the simplicity and readability of it.

Some details, both on the neck and main label, are printed with a nice golden foil, greenish hues prevail on the composition, and a pale ocher added to the background to enhance the natural color of absinthe." 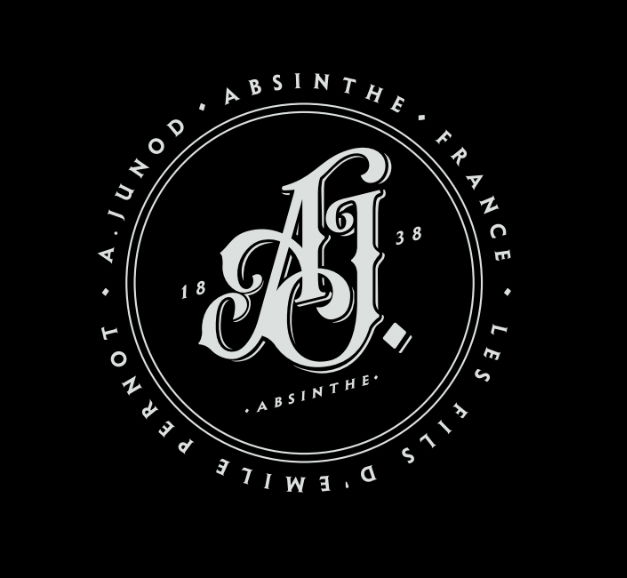