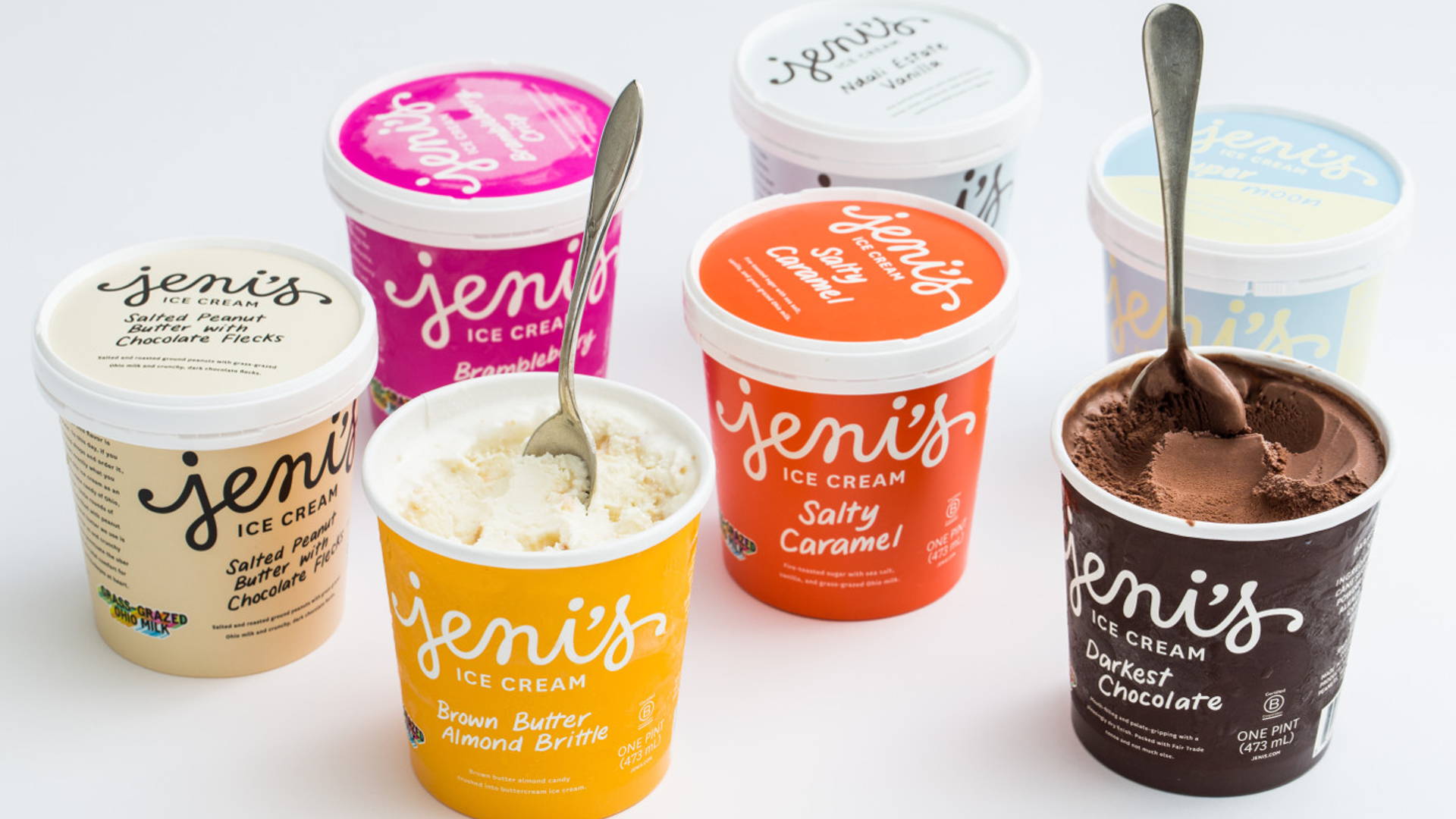 I Scream, You Scream, We All Scream For Jeni’s Splendid Ice Cream and Their New Packaging 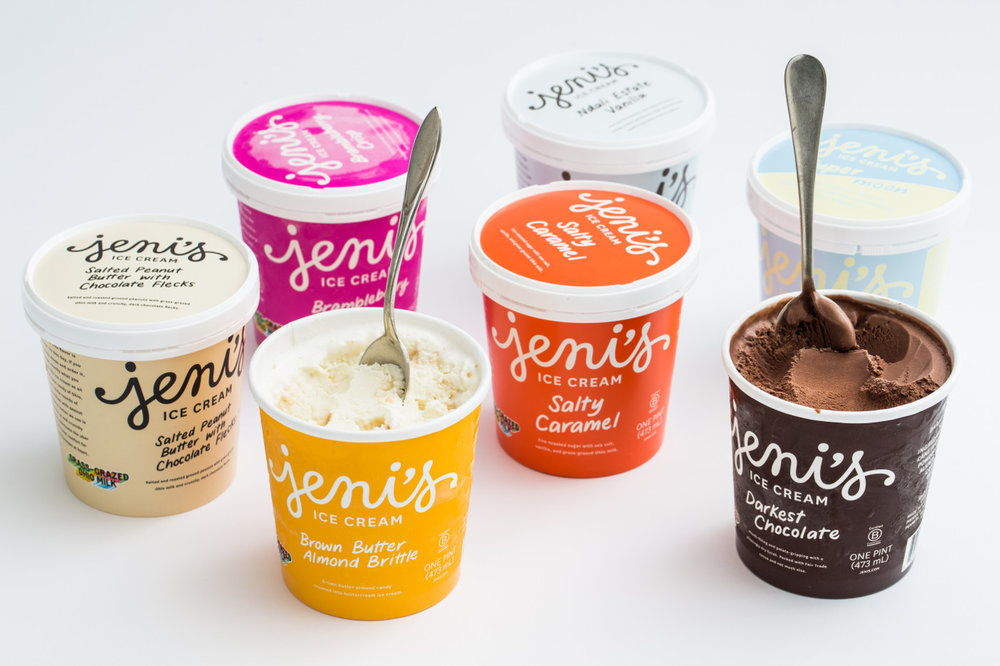 There’s no such thing as bad ice cream.

Which is not to say that all ice cream is created equal, in fact, some are downright awful (we’re looking at you 5-quart tub of Neapolitan birthday party ice cream) but the idea of ice cream itself is as powerful as pizza or tacos in the primal feelings and emotions it churns. Ice cream is the original city upon a hill.

With more and more brands fighting to the death in a never-ending battle over limited space in your local grocer's freezer, it’s essential that your ice cream stand out from the rest of the herd. Working with lettering artist superstar Jessica Hische, Jeni’s Splendid Ice Cream has redesigned their logo and packaging giving it a vibrant and eye-catching makeover that celebrates a history spanning two decades of ice cream supremacy. 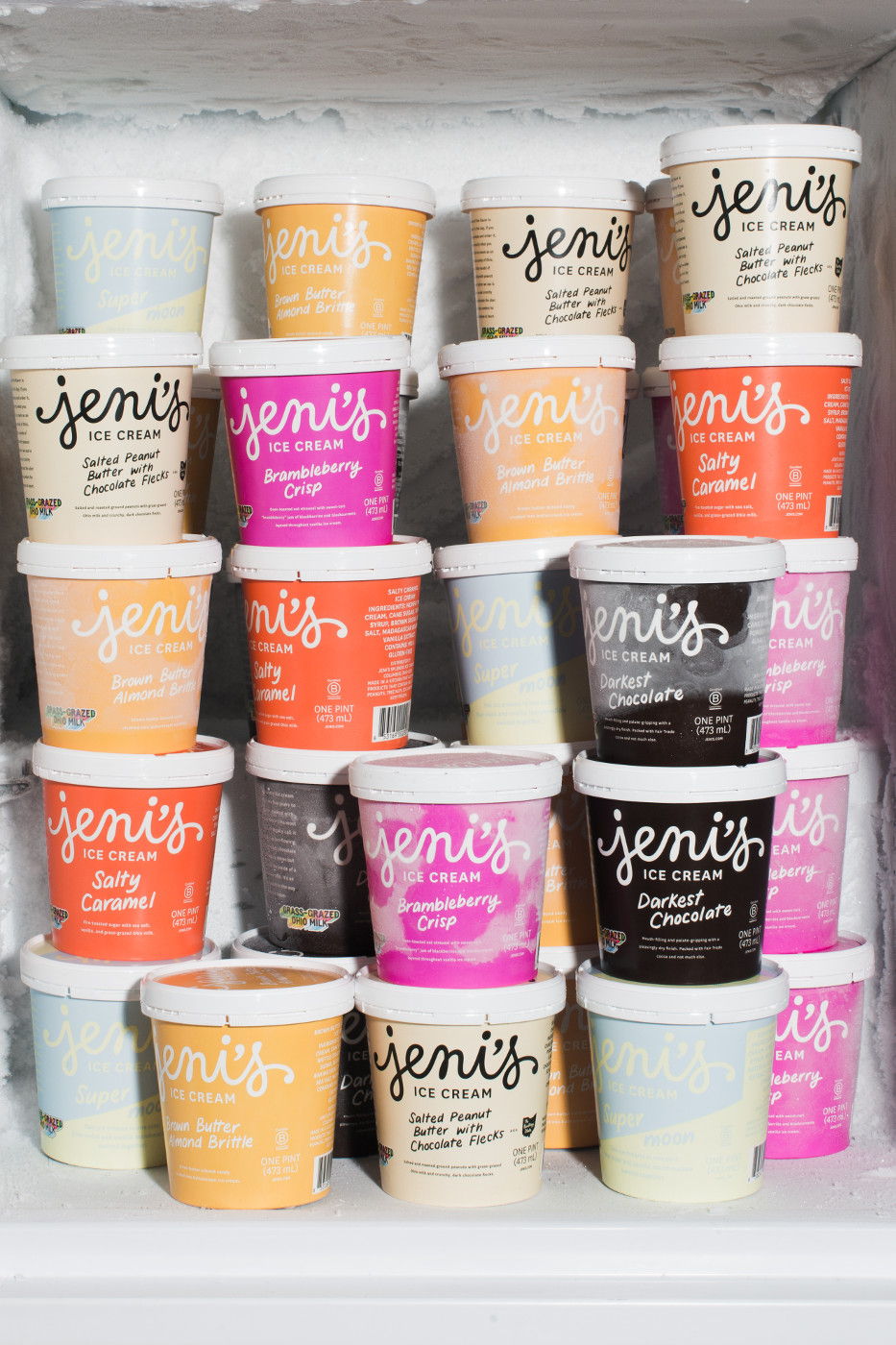 While it may seem strange deciding to update their packaging after having redesigned it just two years ago, the new ice cream pints are both colorful and bold. Before, the flavor was front and center, but they’ve since updated the logo ever so slightly and blown it out, clearly signifying who your frozen treat daddy is. As Founder and James Beard award-winning cookbook author Jeni Britton Bauer wrote in a recent blog post of their website, “the instant you see our pints through a freezer, you should know it was made by Jeni’s and a little bit about what’s inside. Because let’s face it, what’s inside is still the most important thing.” 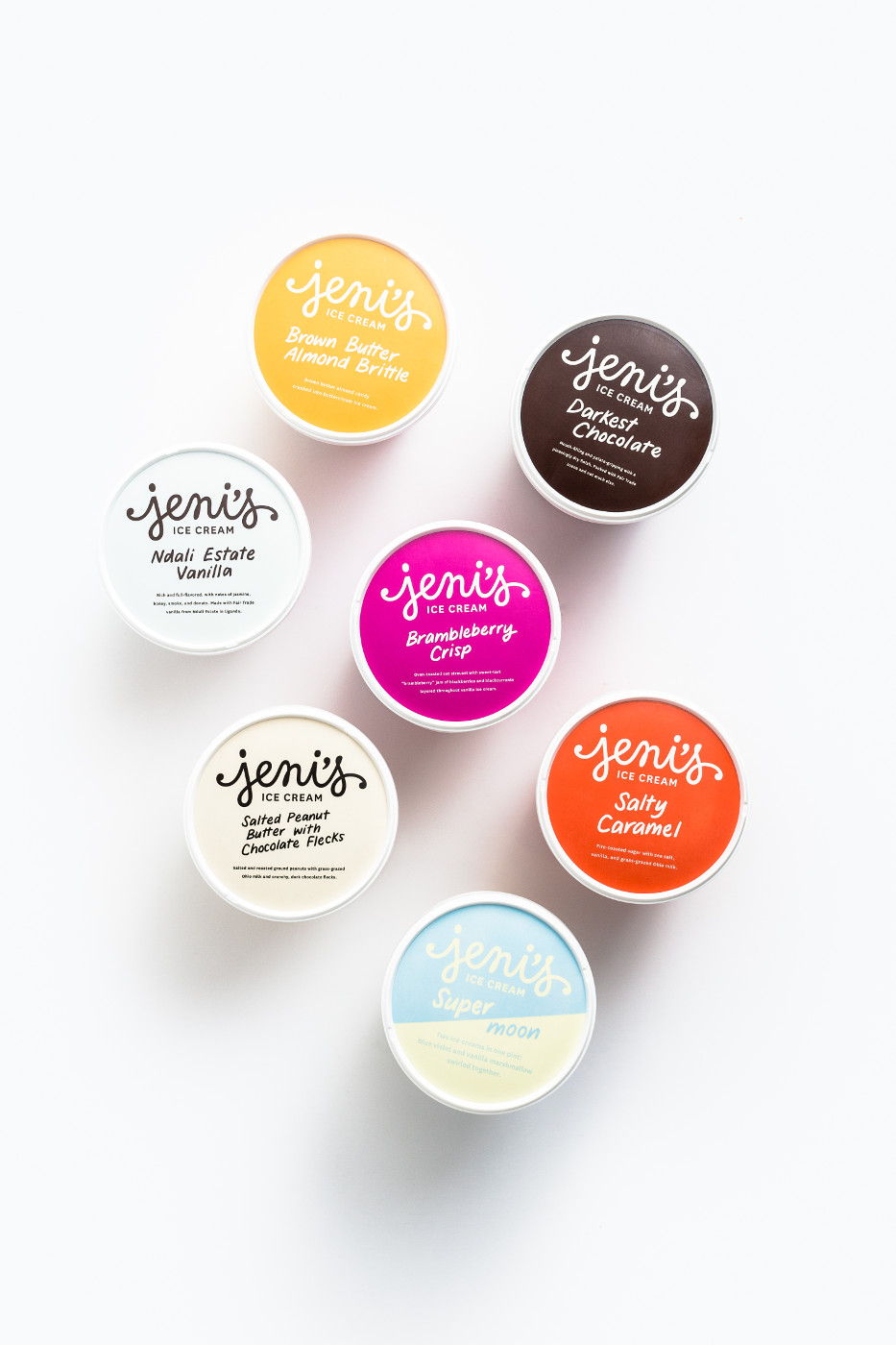 Most importantly, the pint tells the story of what’s inside, giving more real estate to their ingredients, but also to the stories behind their many inspired flavors. It’s one thing to tell shoppers precisely what they’re buying, it’s another thing entirely to proudly proclaim who you are what you’re made of. For Jeni, it started with a seemingly simple yet complex question that she also writes about on the company’s blog, “what sets our ice creams apart from the rest?”

“Every flavor we make tells a story,” Jeni writes. “Is inspired by art, culture, history. Takes hundreds of people working tirelessly to bring it to life—family-run dairies, farm partners, our R&D, sourcing, and creative teams. Our pints should capture and celebrate these stories.”

Be on the lookout for their new pints as seven of their fifteen flavors have been redesigned and will be available in stores at the end of November. The new look for the other flavors in Jeni’s stable will be released during the first quarter of 2018. 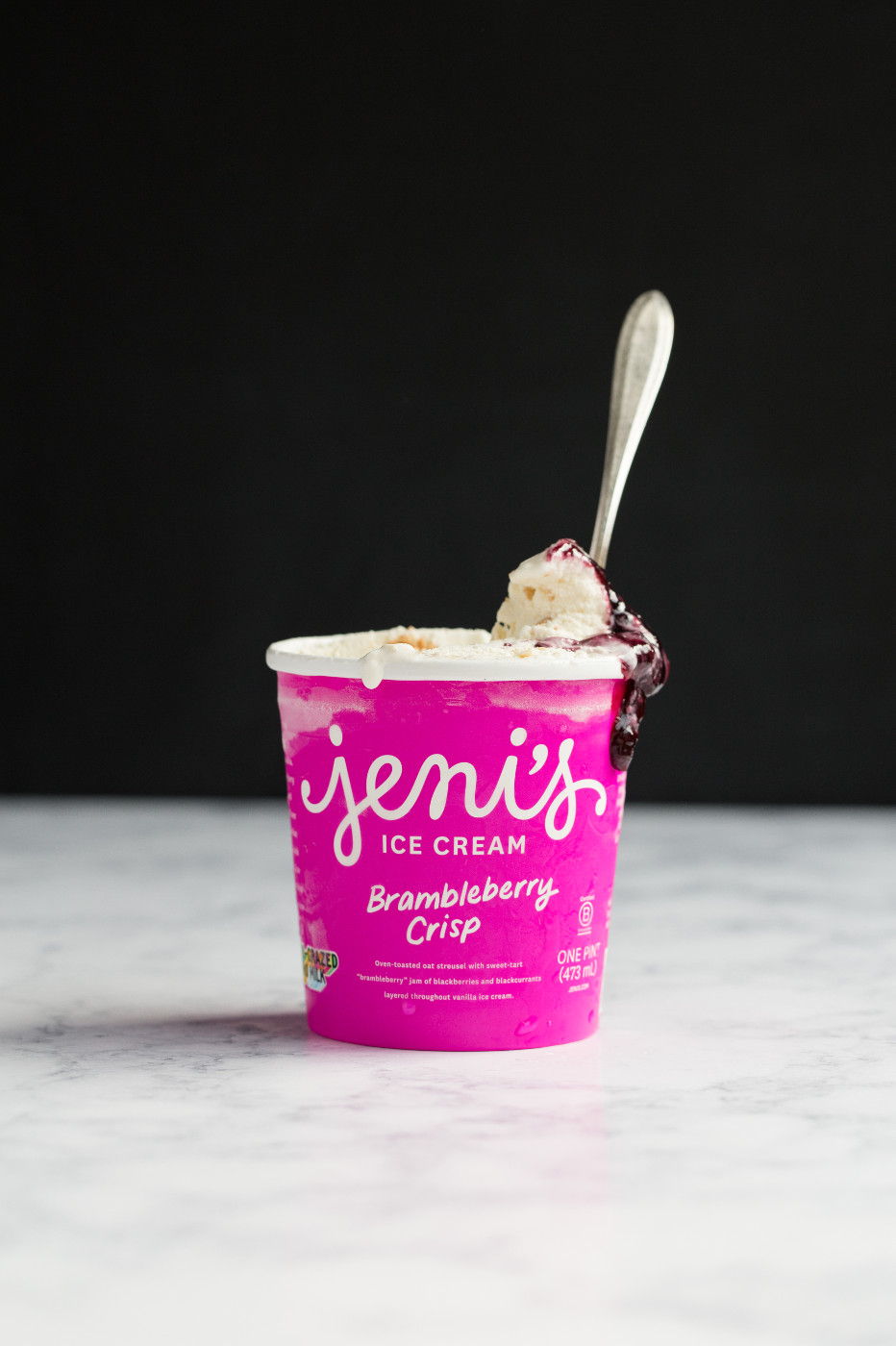 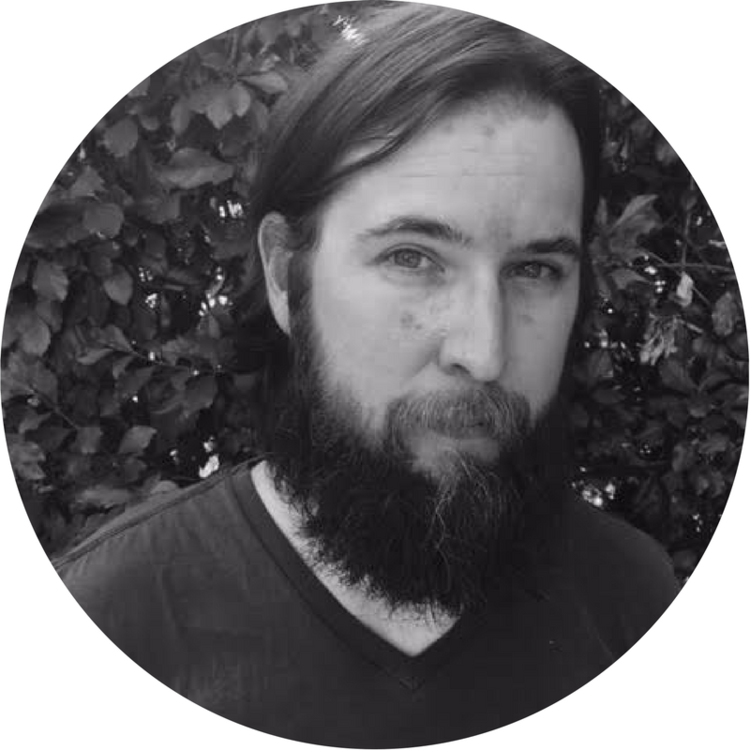 This Spirit Concept Is Dripping In Luxury

This Elegant Wine Was Inspired By California History