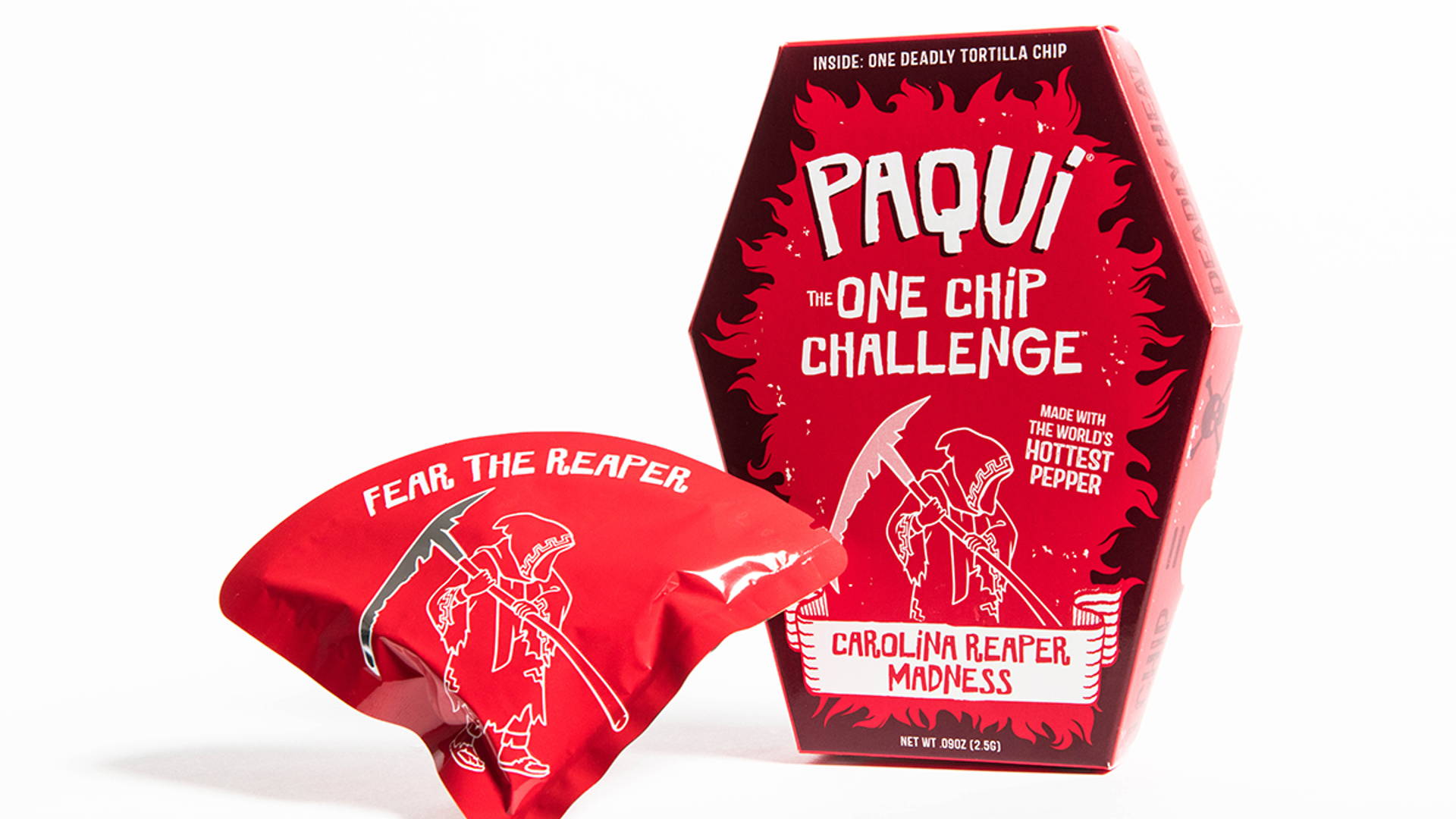 A Single Chip in a Coffin? - Paqui's One Chip Challenge 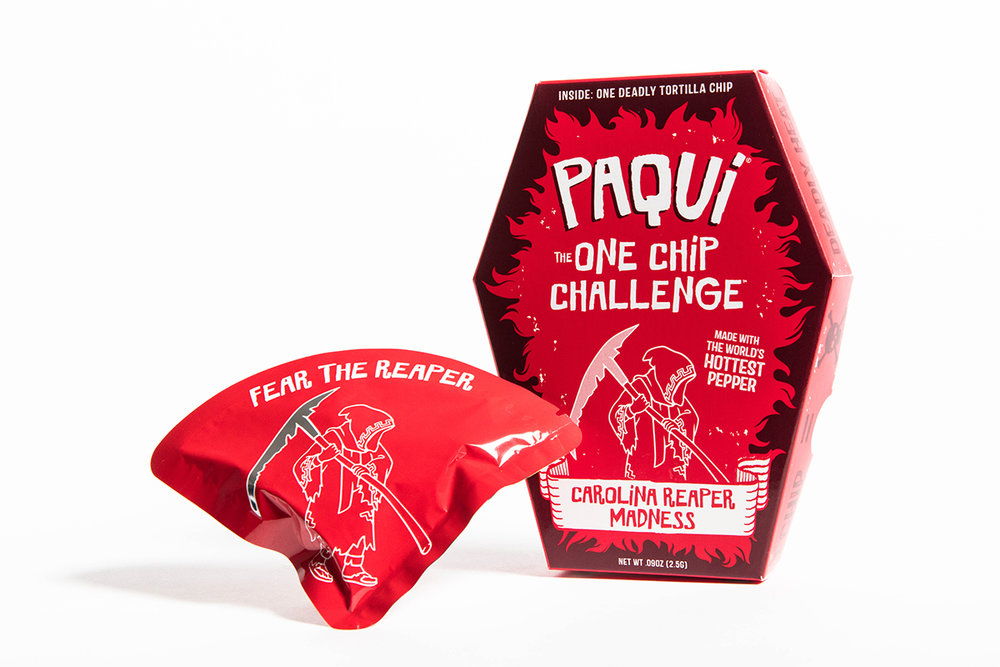 Paqui created the Carolina Reaper Madness chip (the World's Hottest Chip) made with the infamous Carolina Reaper pepper, to be sold individually in their “One Chip Challenge” campaign. 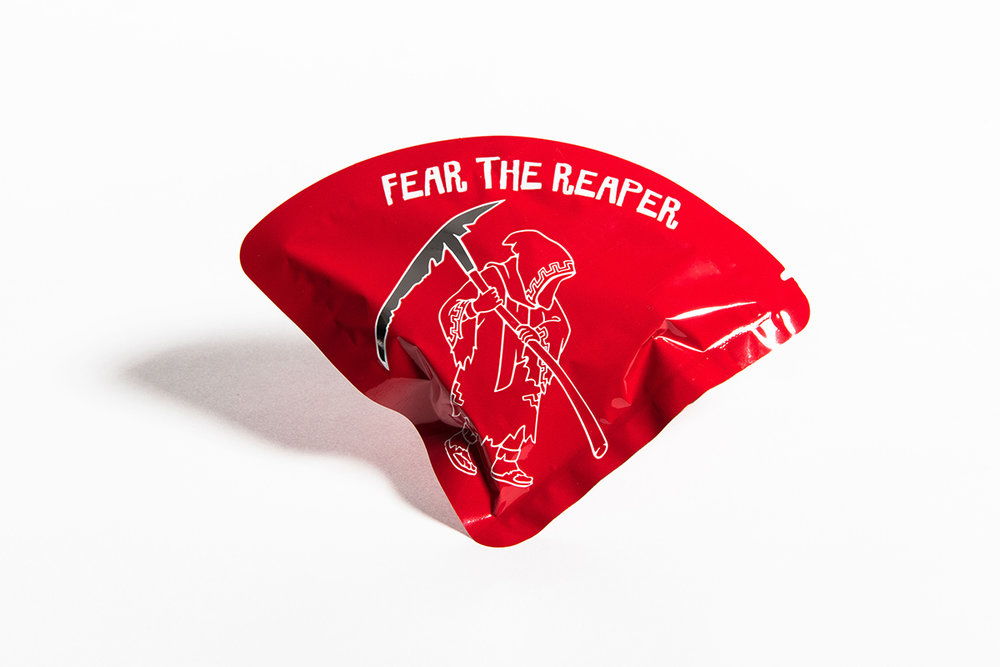 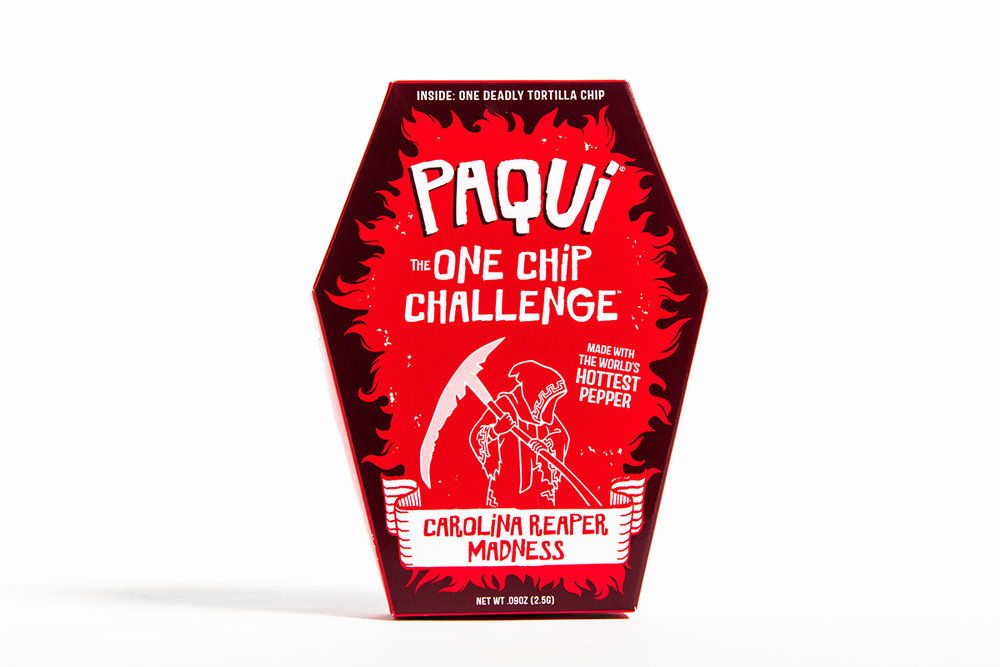 We designed packaging to convey the heat and excitement of the Carolina Reaper pepper, a single-chip pouch to seal in the dangerously spicy seasoning, and a coffin-shaped box to protect the chip pouch and inform the consumer of the risk involved. 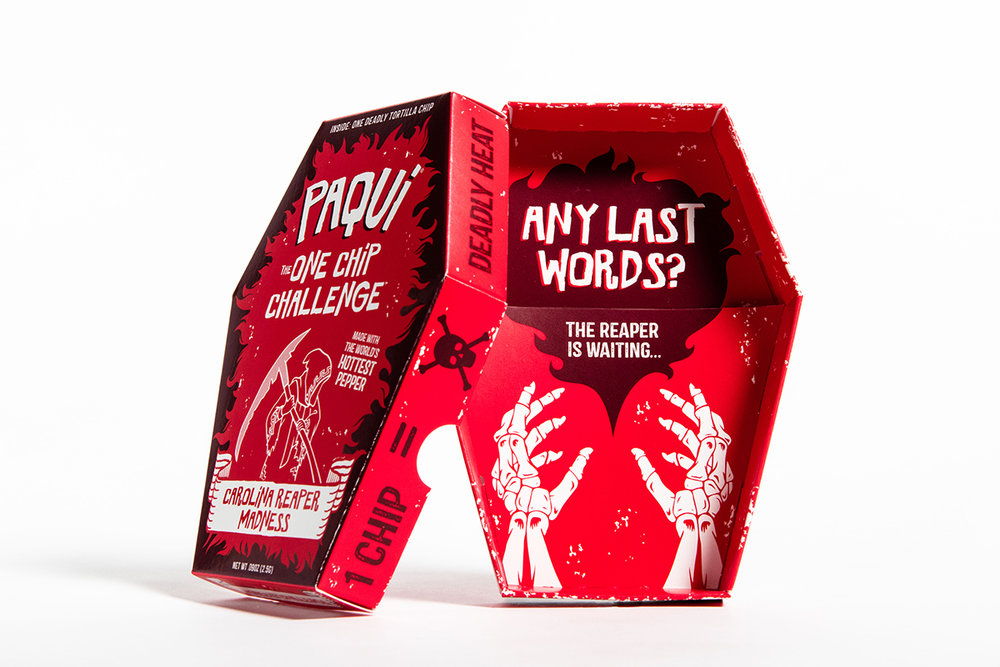 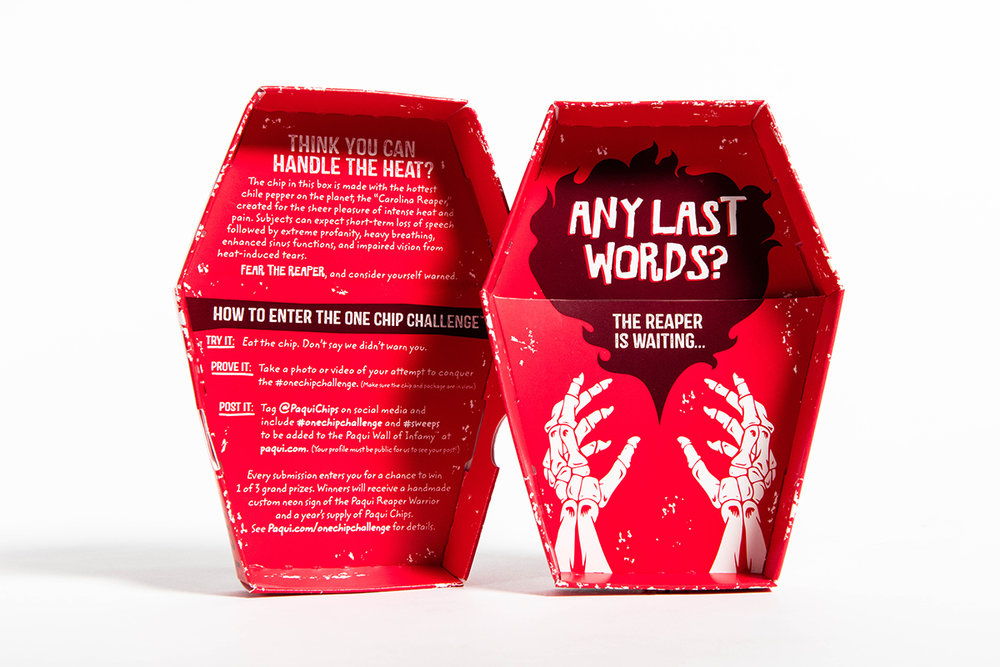 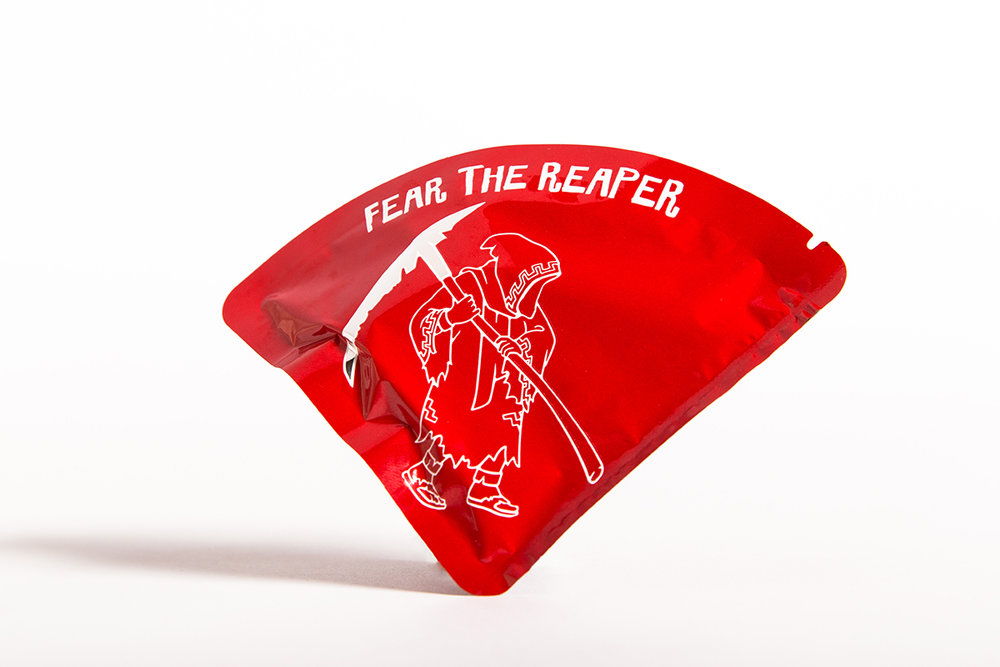 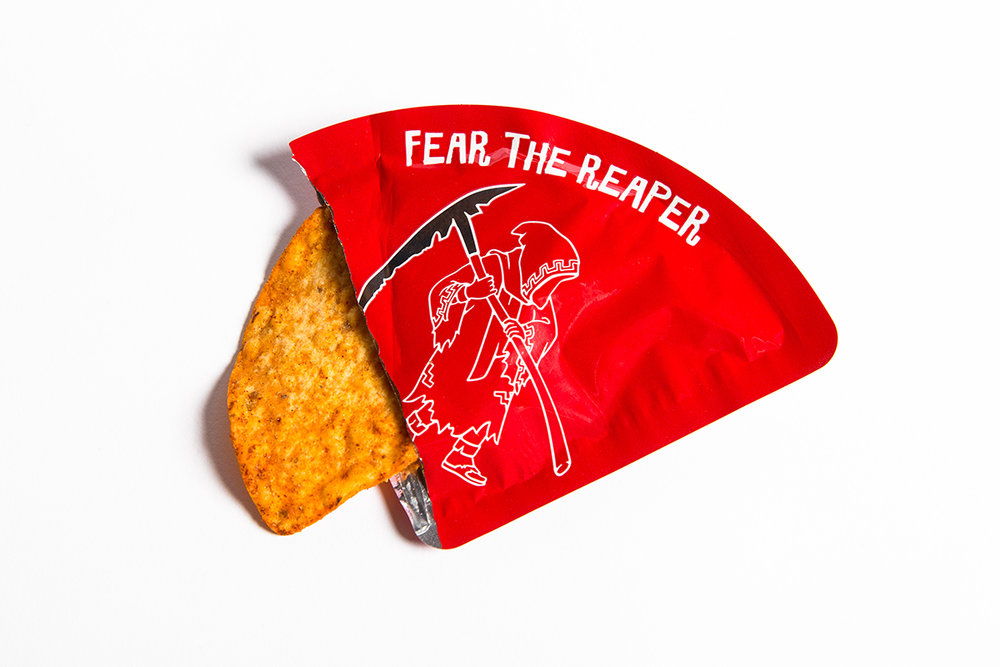 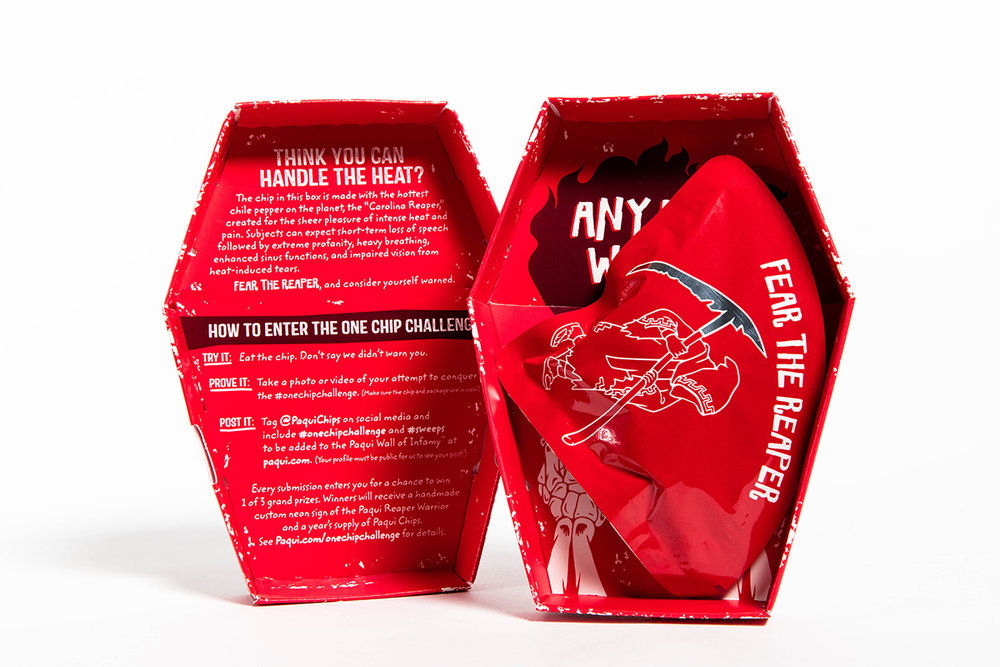 The coffin tells us: "The chip in this box is made with the hottest chile pepper on the planet, the “Carolina Reaper,” created for the sheer pleasure of intense heat and pain. Subjects can expect short-term loss of speech followed by extreme profanity, heavy breathing, enhanced sinus functions, and impaired vision from heat-induced tears. Any last words? The Reaper is Waiting"

After reading warnings on the coffin, the brave soul opens it to find a pouch with an image of the Reaper wielding his metallic blade with a final phrase: "Fear the Reaper".

Do you dare to go to hell and back? 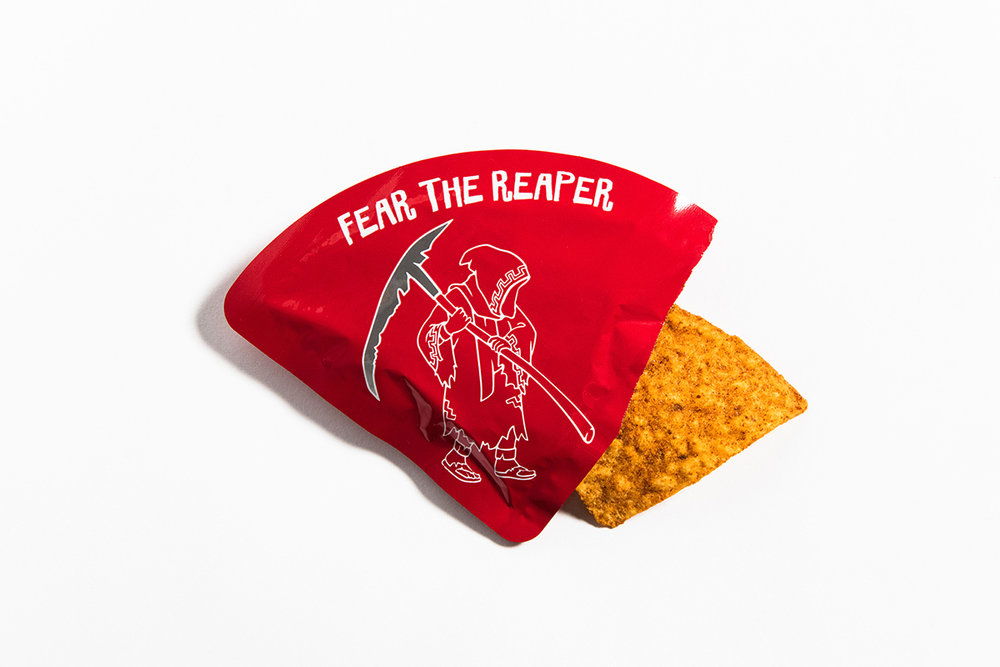 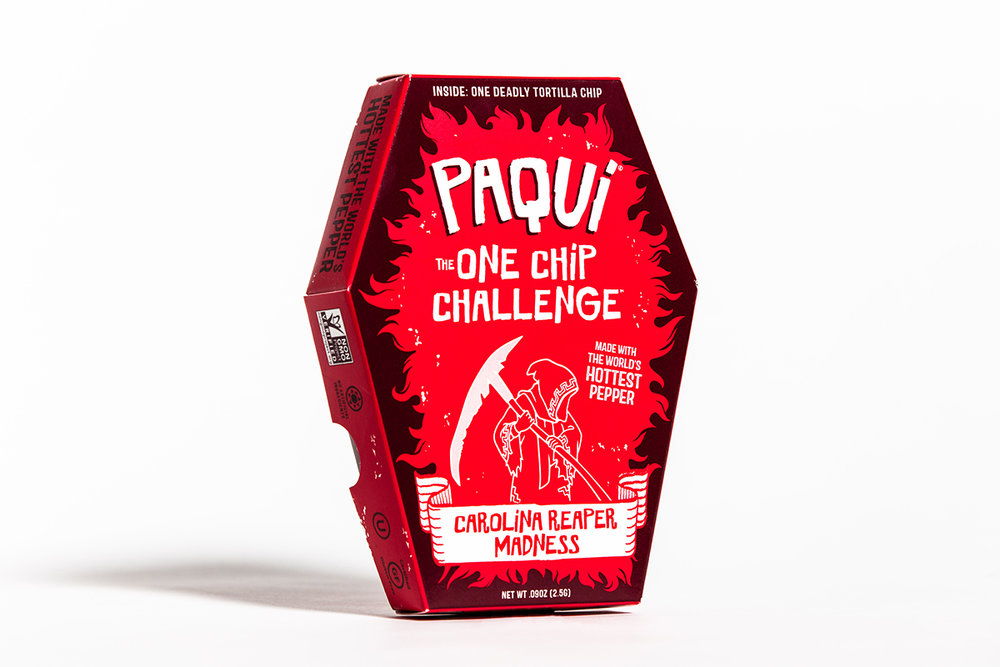