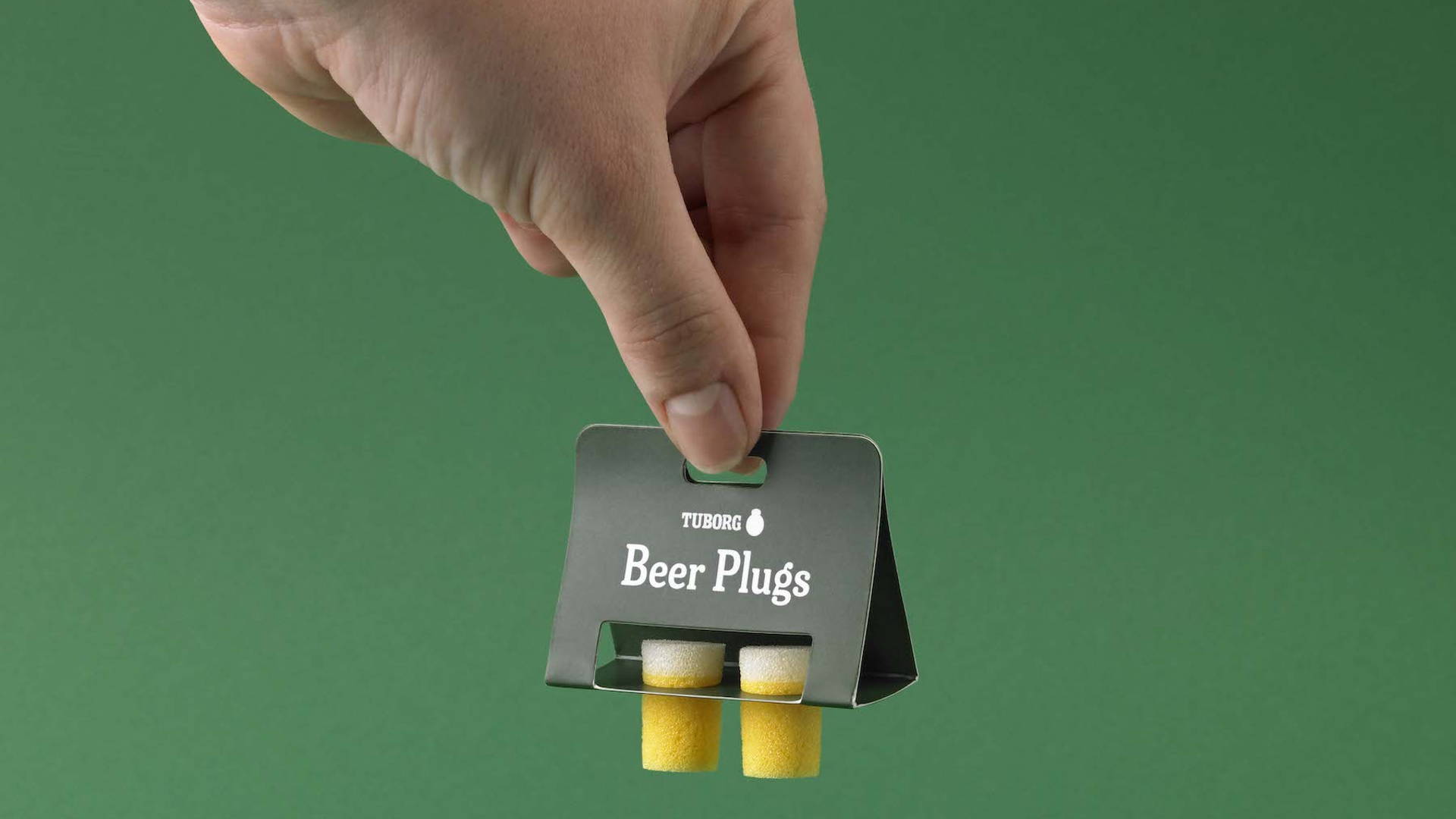 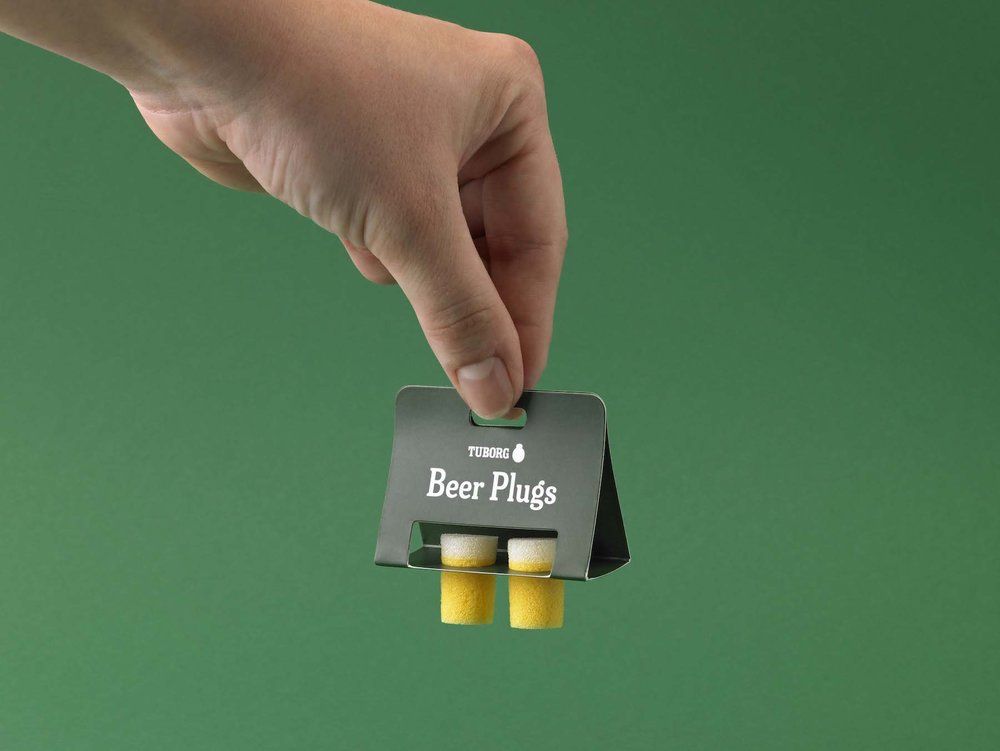 While most people are aware that loud music will permanently damage your hearing, few people know that loud music also plays a role in making you drink more, faster. So even if you attend a fest and aim to not drink too much, you can end up doing the complete opposite without even realizing it. In an effort to help attendees at the Danish Roskilde Music Festival, Danish beer brand Tuborg gave out Beer Plugs: adorable ear plugs that come in the shape of two foamy beers. Festival goers are often bombarded with advertising and swag, so these tiny packs needed to stand out. CP&B Copenhagen gave it a clever name instantly puts a smile on the consumer’s face, and they kept the packaging open which allows them to see the product. 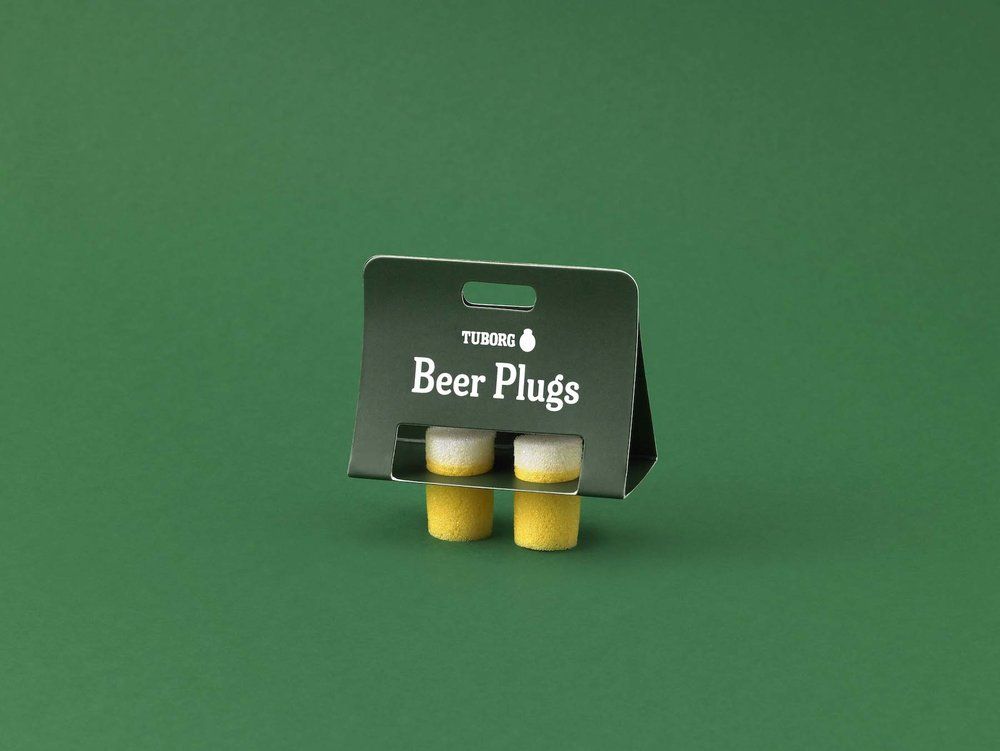 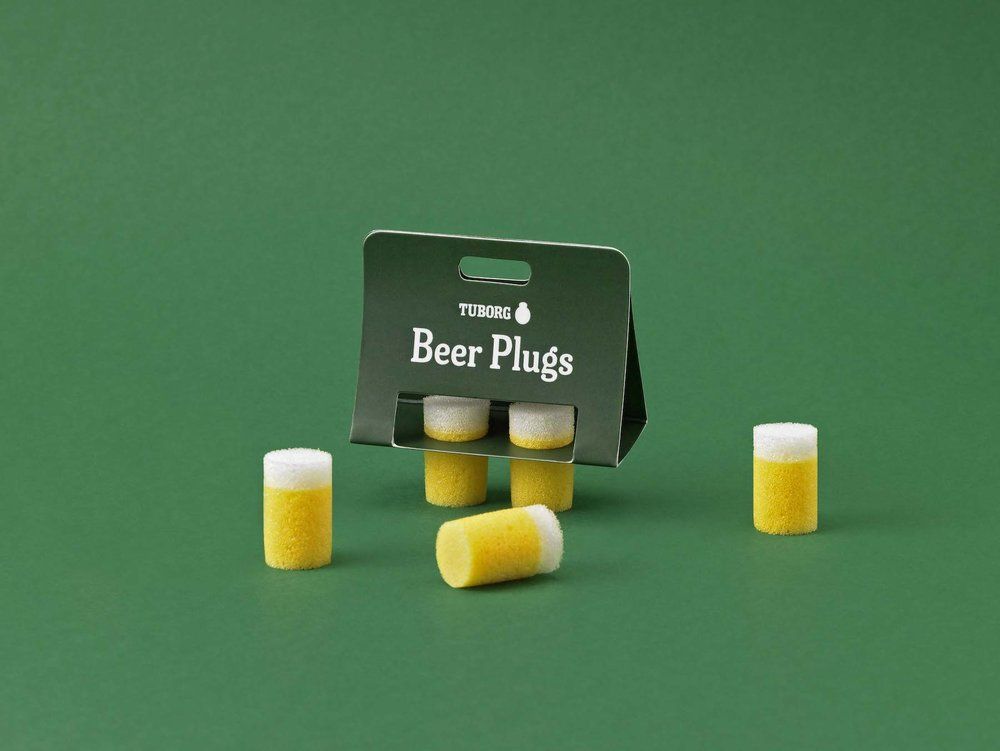 “In a study conducted in France, loud music contributed to the pace and volume of alcohol consumed. By increasing music levels from moderate (72dB) to loud (88dB), the time it took drinkers to consume a glass of beer (250ml or 8 oz.) decreased by more than 3 minutes and the number of drinks ordered during the experiment rose from 2,6 beers to 3,4 beers.” 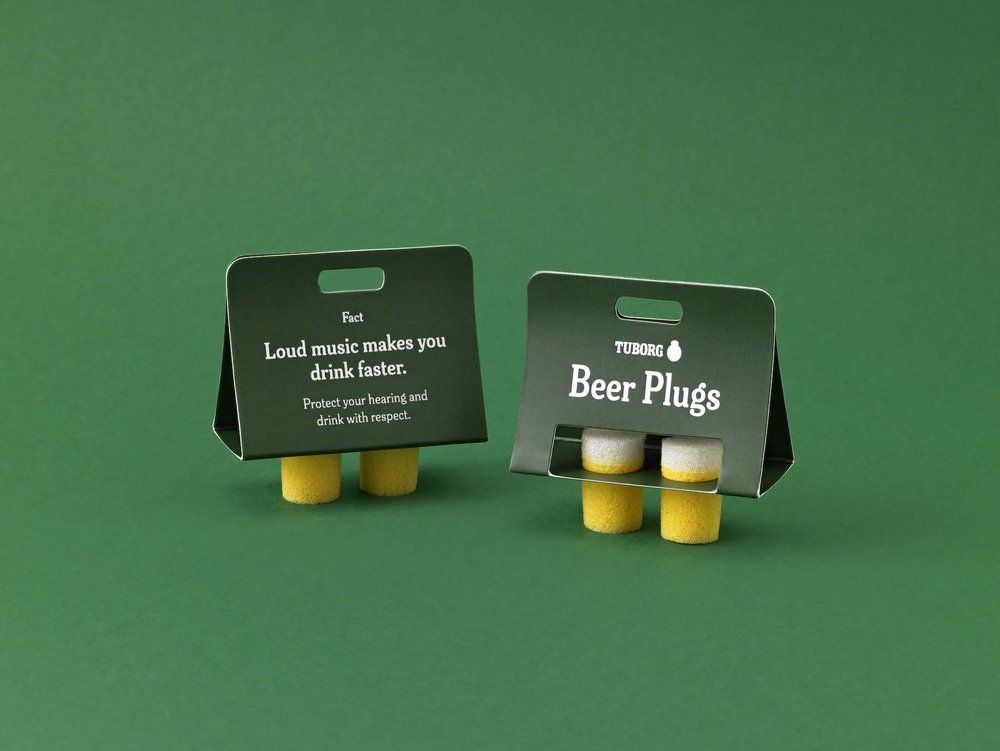