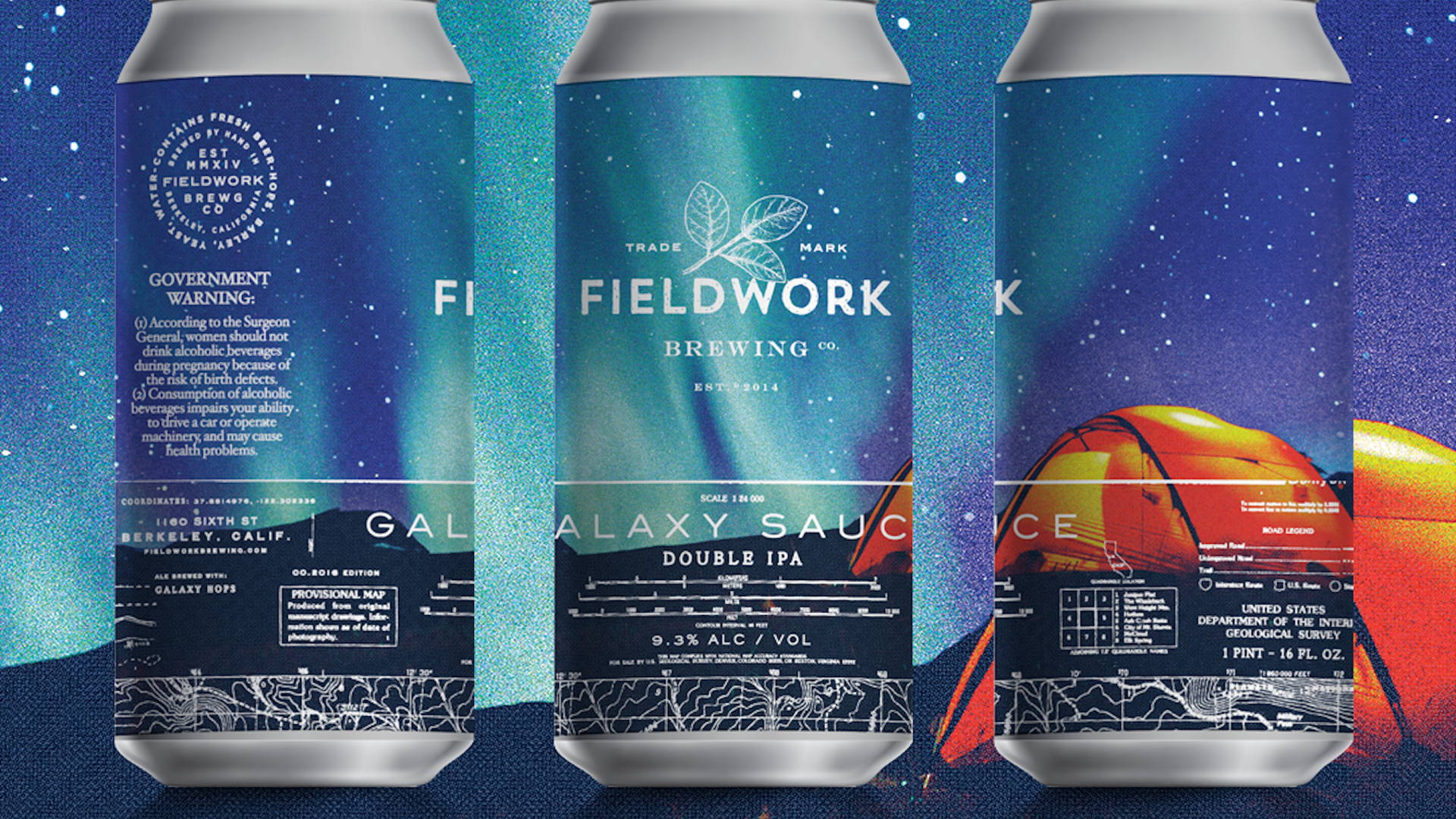 Around the World in Ten Months with Fieldwork Brewing Company

Who says you can’t experience the wonders of the world from the comfort of your own home or the relative safety of a barstool?

In 2016, Fieldwork Brewing Company launched their Adventure Series, a limited release series of cans that prompted fans of the brewery to wait in line for hours just to scoop them up. In just 10 months, the brewery has released 57 different beers in a wide array of styles, all housed in a can featuring photography from all over the world that has a vintage National Geographic quality to it.

We spoke with Principal Designer Shawn Scott from San Francisco’s Gamut about how he and lead designer Mark Balane created a unified look for Fieldwork’s Adventure Series while also having to design the many, many labels for this ambitious brewery.

Walk us through the design process that you went through for this project. What was the client looking for?

Shawn Scott: The client wanted a simple template that would allow the flexibility to generate label designs in rapid succession without developing an entirely new design each time to keep up with their frequent beer release schedule.

What was one of the biggest goals you set out to achieve with the Fieldwork packaging and how did you accomplish it?

Shawn Scott: For us, it was important to build brand recognition with a consistent design and visual aesthetic. By treating them all as part of a larger series it helps drive a memorable association with the brand, tie them all to a single concept of adventure, exploration and the outdoors. Having a consistent first-person perspective and a process for treating the photo, we're able to adapt to pretty much any beer name in a fun way that’s visually consistent.

It seems almost insane—60 labels in ten months—how did you generate that amount of labels in such a quick fashion?

Shawn Scott: I just counted again and it’s at 57 in the Adventure Series plus another 26 specialty and collaboration can—where we’ve explored a bunch of one-off concepts, a map series, and a wallpaper series, and we’re doing bottle labels for barrel-aged and sour beers. Is that insane? The look of the Adventure Series is meant to resemble 50's/60's National Geographic magazine photography. We came up with a photo preset that applies an auto-chromed look to all of the photos to give it a vintage color and texture that really gives it a more artful look. We can pretty quickly treat the image, drop it into the template, and update the text but often times we’re trying 3-5 different images before we settle on the final. So, it still takes time.

How did you decide which images to use?

Shawn Scott: Usually it’s finding something that’s reminiscent of the beer name or honors the beer name appropriately. In developing Fieldwork's brand concept, we helped to set a course for naming the beers early on. Easy ones like “Daypack” are pretty straightforward and tie right into the brand aesthetic. Sometimes, the name is more of a wild card and we have to get creative to tie it in. Tiger Uppercut, for instance, referenced Sagat's move from Street Fighter II and we used a photo of the "Temple of the Reclining Buddha" in Thailand that was also featured in the background for that character’s scene in the video game.

Shawn Scott: That saying, “the whole is greater than the sum of its parts” comes to mind. To look back and see how we’ve created this sort of impromptu visual guide to the wonders of the world through beer is kinda cool.

Shawn Scott: With the frequency and quantity of labels going out for production, often with just enough time to make the canning dates, always triple check the proofs before they go to print!

Rubedo is a Unique Take on Hot Sauce