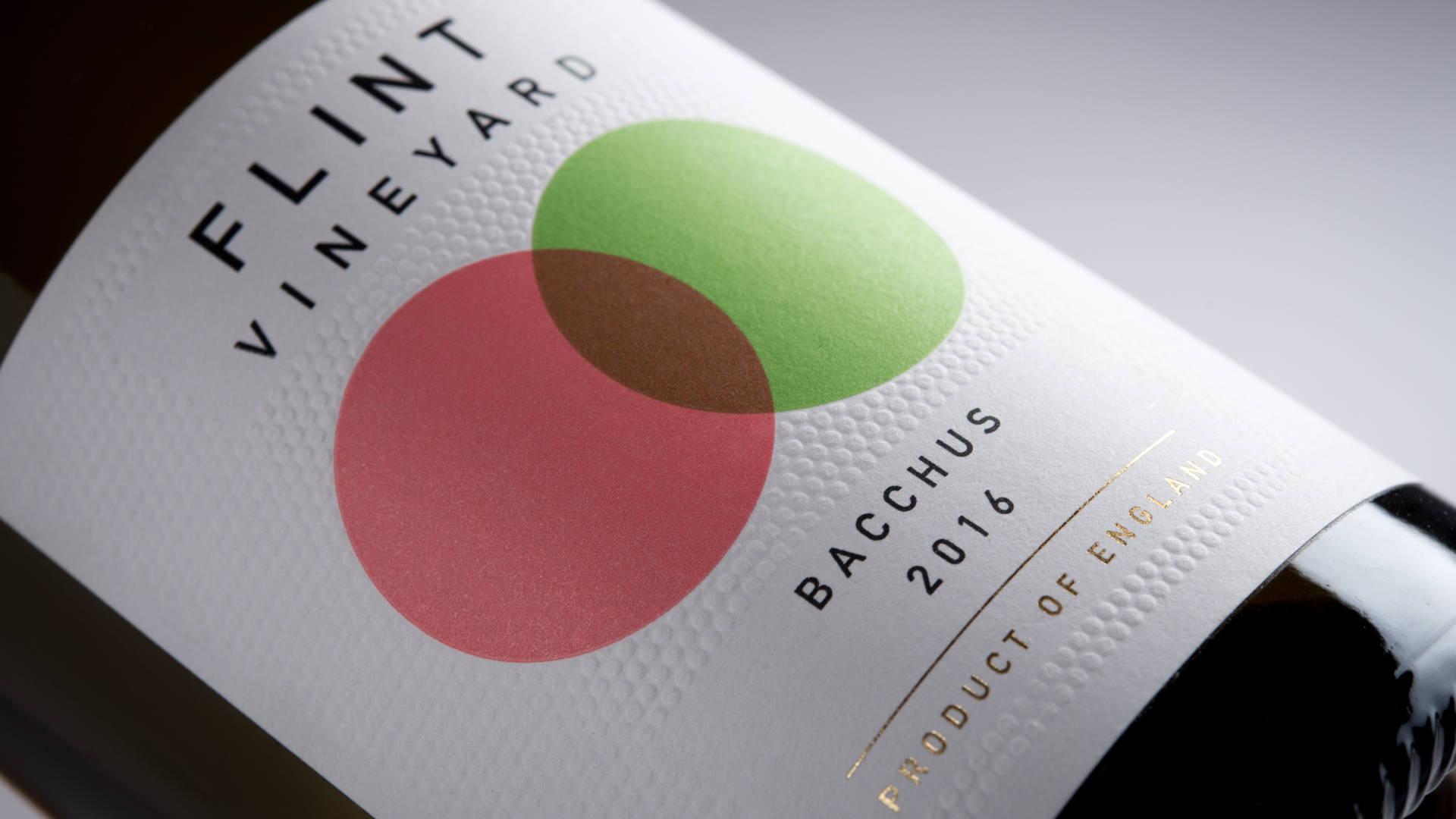 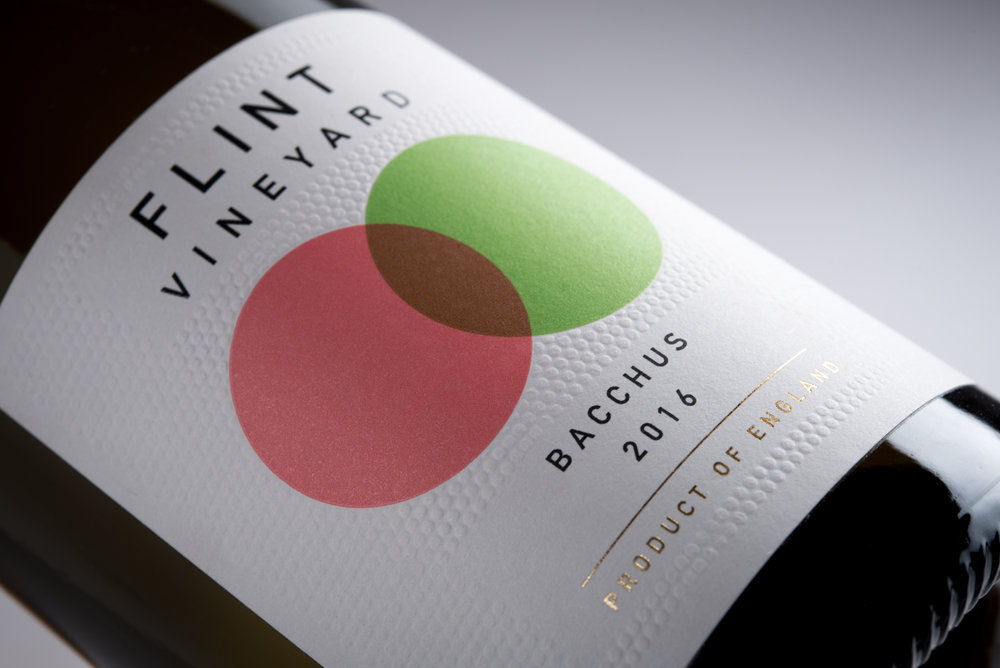 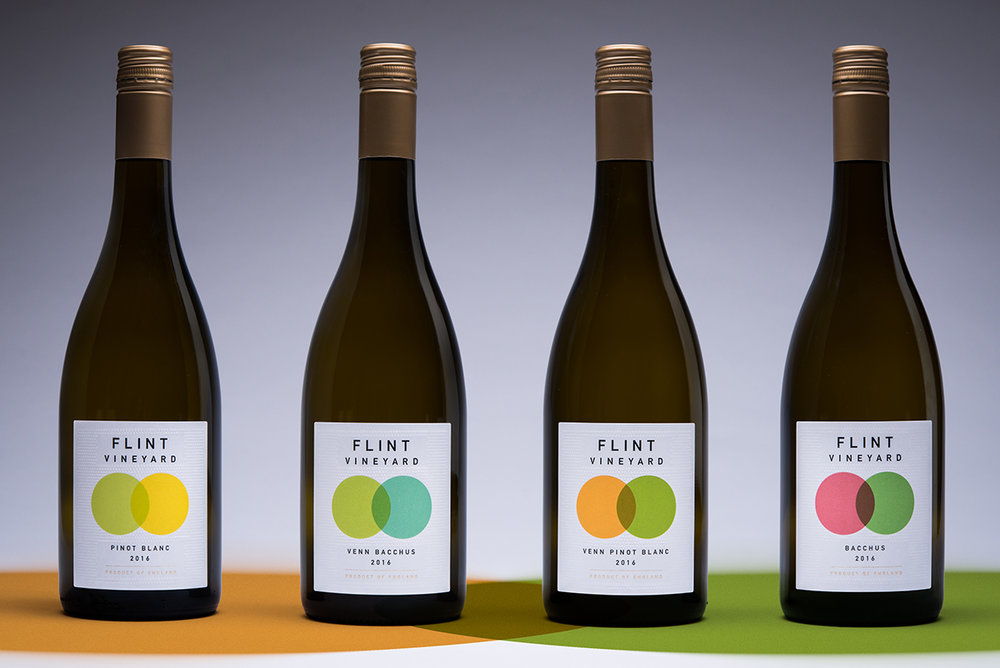 “In 2007 Ben and Hannah Witchell, quit their jobs and embarked on a future following their passion - winemaking. Following an extensive tour visiting the most famous winemaking regions of the world, Ben enrolled into a 3 year degree in Oenology and Viticulture at Plumpton College, focusing on the theory and science of winemaking.

Soon after graduation, at his first post as a winemaker in Beaujolais, France, he learnt how to 'throw out the rule book' and experienced a more intuitive and creative side to winemaking. It is these two, sometimes conflicting schools of thought that gives Ben his unique approach.” 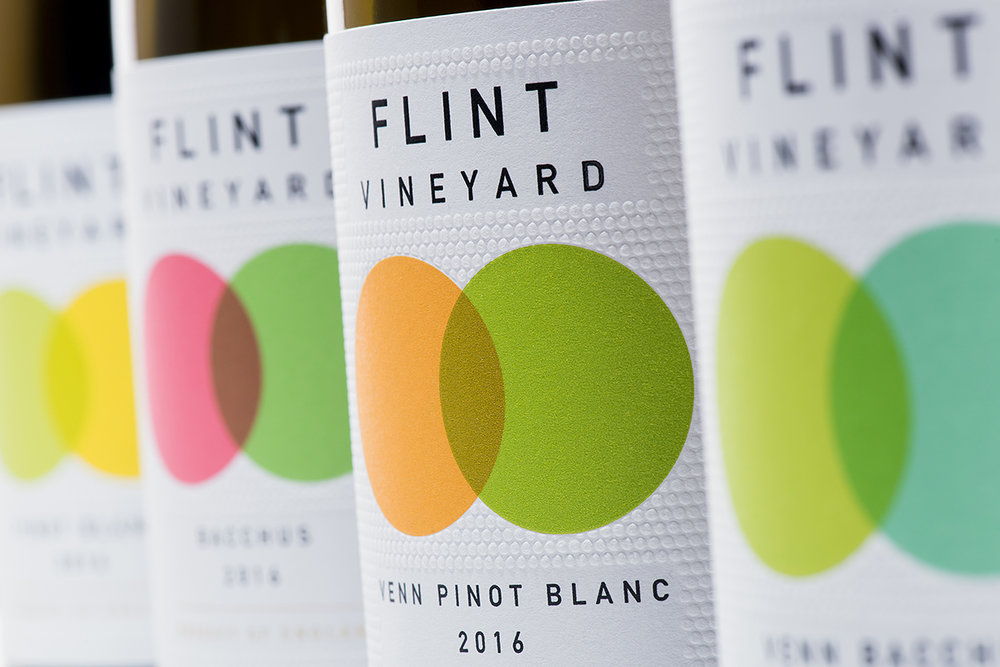 “South Norfolk contains surprisingly suitable pockets of land perfect for grapevines, and so overlooking the Waveney Valley just outside the market town of Bungay, Ben & Hannah settled in 2015 with their growing family and Flint Vineyard was born. They knew that their branding and packaging design needed to work hard to dispel the often unfair stigma of English wines and so approached design duo Alex Hammond & Chris Bedson whose clean, minimal design aesthetic appealed to the aspirations of Flint Vineyard.

The Venn diagram not only uses the purest of shapes prevalent in nature, but also makes links to Ben's traditional & scientific approaches combined in his winemaking.” 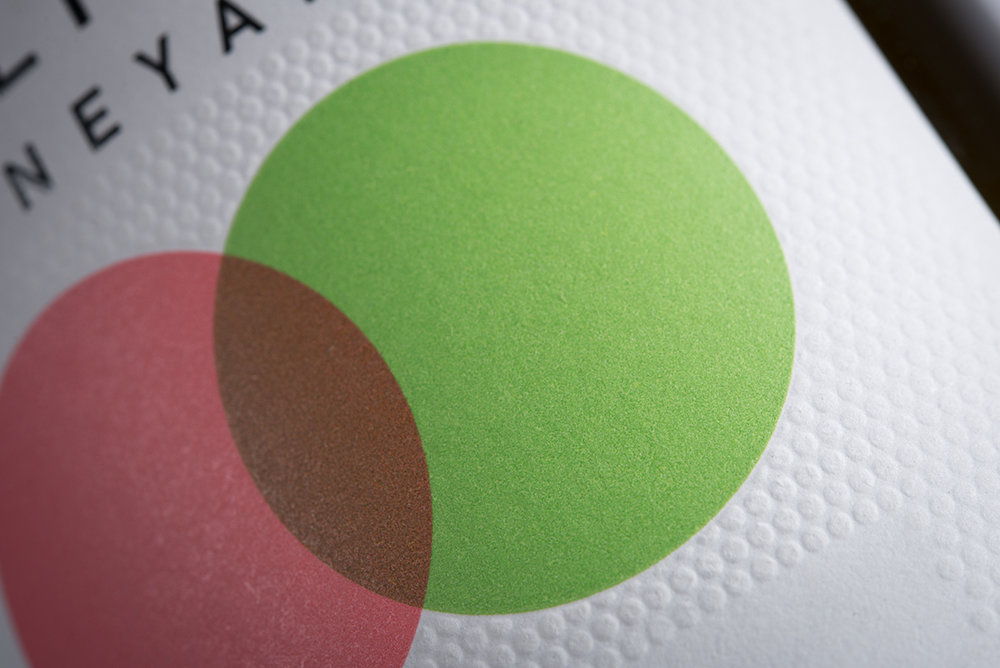 “The wine label graphic is made by overprinting two Pantone colours, the middle colour being the direct result of the two overlaid colours. The colour that is produced at the centre of the Venn diagram isn't entirely predictable and so references nicely the skill and intuition of the winemaker to take known techniques, flavours and aromas and blend together to create a delicious layered wine.” 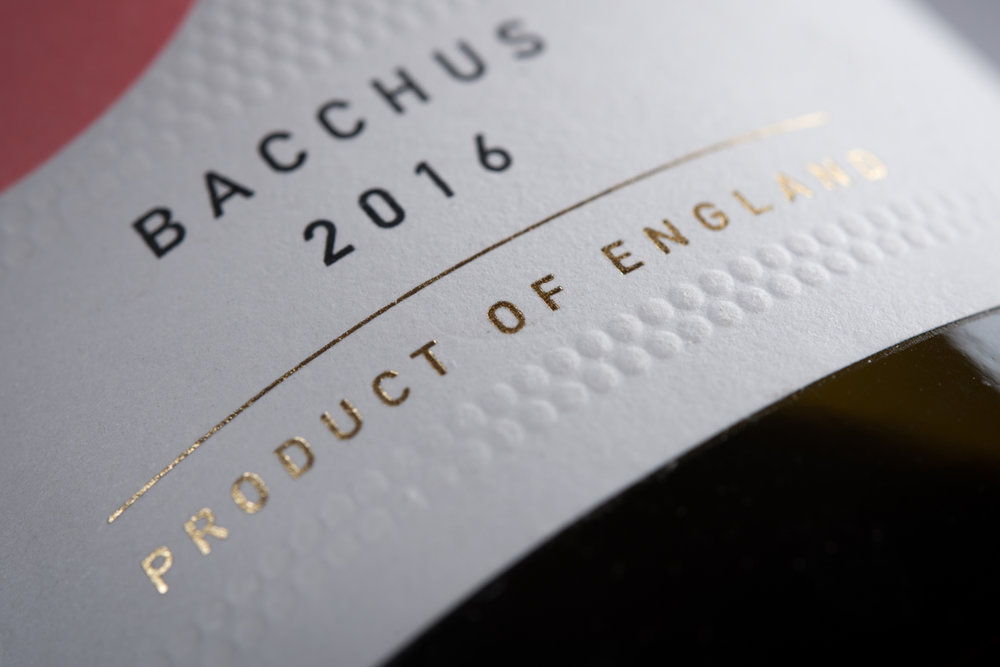