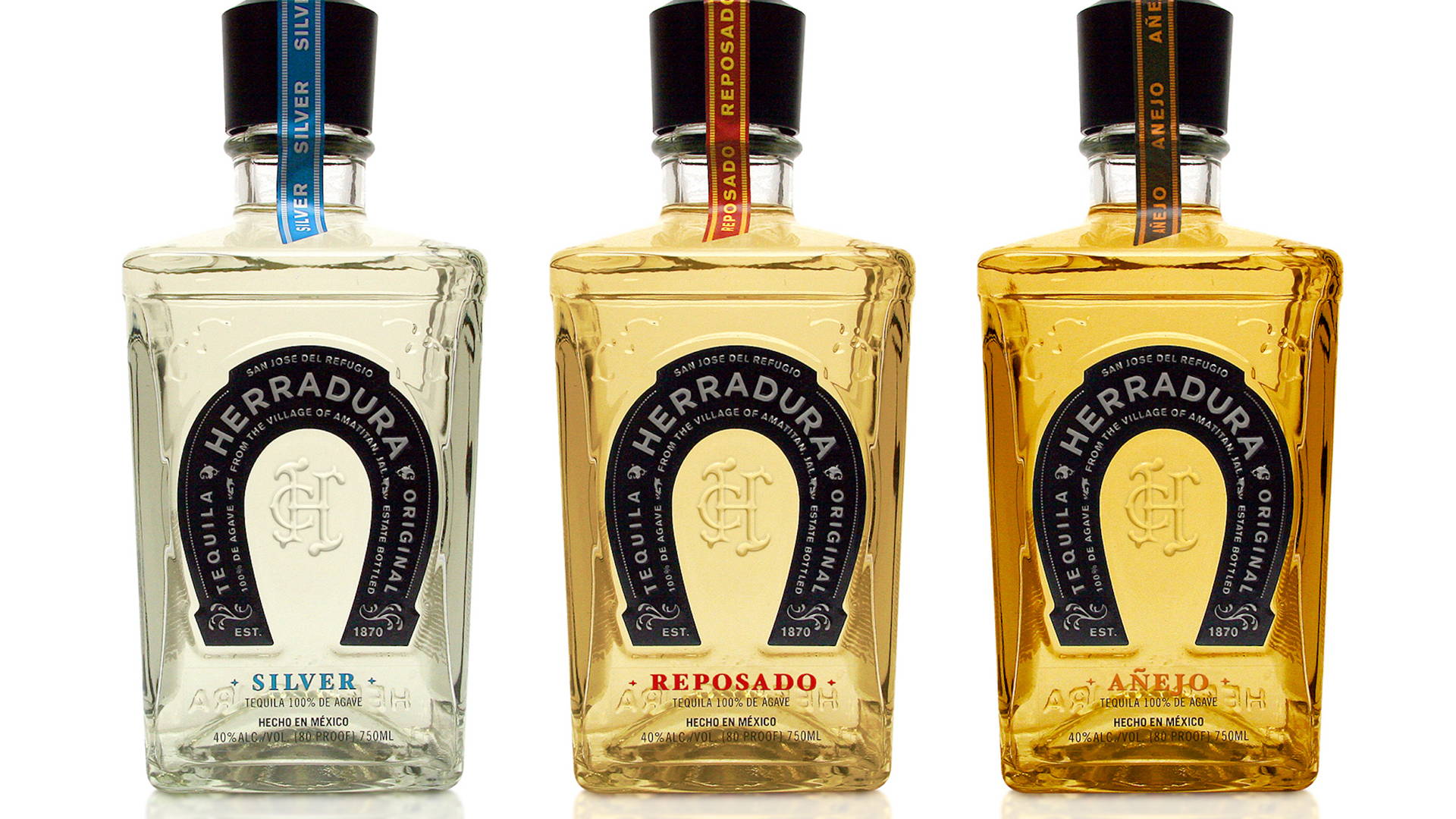 How a Horseshoe and Frida Kahlo Inspired Herradura’s New Design 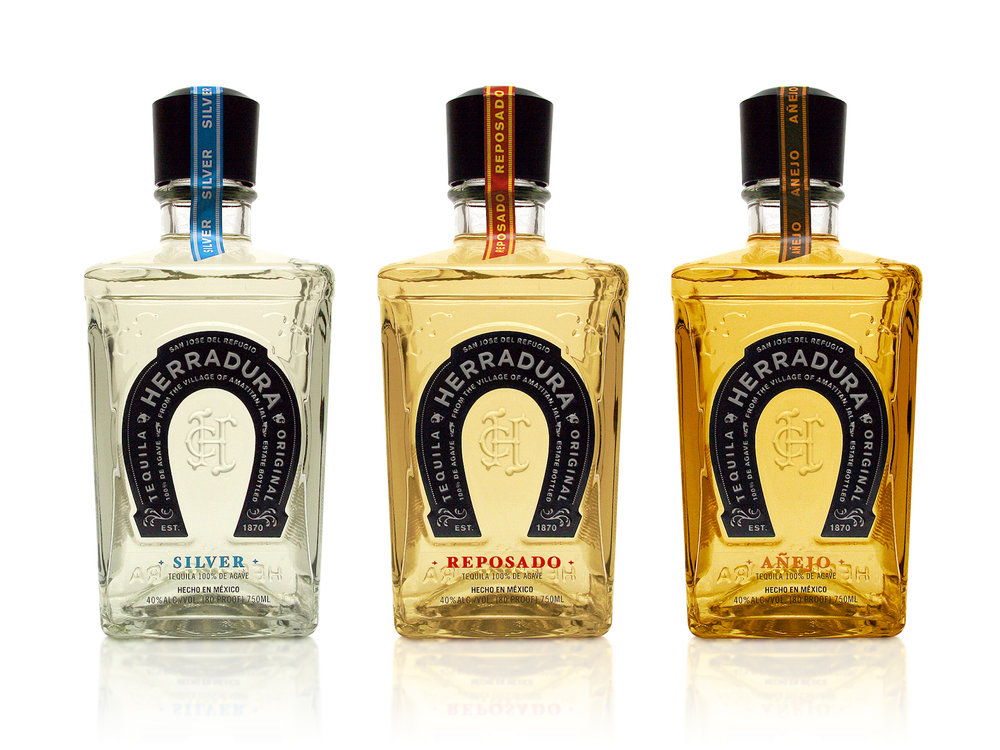 The agave fields in Jalisco have rows and rows of the spiky blue plants spread over thousands of acres. The liquor store shelves across the U.S. display a variety of tequila in multi-colored glass, distinctive bottles, and clever typography. Our assignment was simple: new packaging for Herradura tequila to make it stand out and be coveted as an authentic, super premium spirit.

No doubt, this was a fantastic assignment: working with Brown-Forman, a top notch outfit. Already given the tequila brief, most designers would naturally want to get to the “designing” portion of the creative process. But how can that be without the upfront deep dive and inspiration phase? That’s my favorite part, because if there is any magic left in our craft, this is where it shows itself. Learning something new and being inspired by the experience is the path to original break-through design. When Brown-Forman suggested an inspirational trip to Mexico, I went from being someone who enjoyed an occasional tequila cocktail to someone who knows and loves the story of what makes the best tequila so amazing.

Blue agave is the plant from which the best tequila is made. Most of the plant is a cluster of tall spiky leaves, but the prize is a huge bulbous fruit in the middle. It looks like a pineapple and is called a piña. After it's chopped, roasted, fermented, distilled, and aged in oak barrels, it’s ready. But 10 years will have passed between when the agave started growing and when we're raising our glasses.

To harvest, you take a sharp circular blade and whack away all the spiky leaves around the fat fruit. When you’re talking about a full immersion in the design discovery process, you get a chance to feel the blade and experience the slice under the hot sun. A slip of the blade and you miss the plant, bounce off a rock, and you’re reminded that you work with your hands and you should be careful. Or in my case, the serious trouble came as I missed and came pretty close to becoming the pegleg of the design business. The other part of the experience involved the effort required to throw the harvested piña (which often weighs 70 to 120 pounds) on a truck to make its way to the distillery. 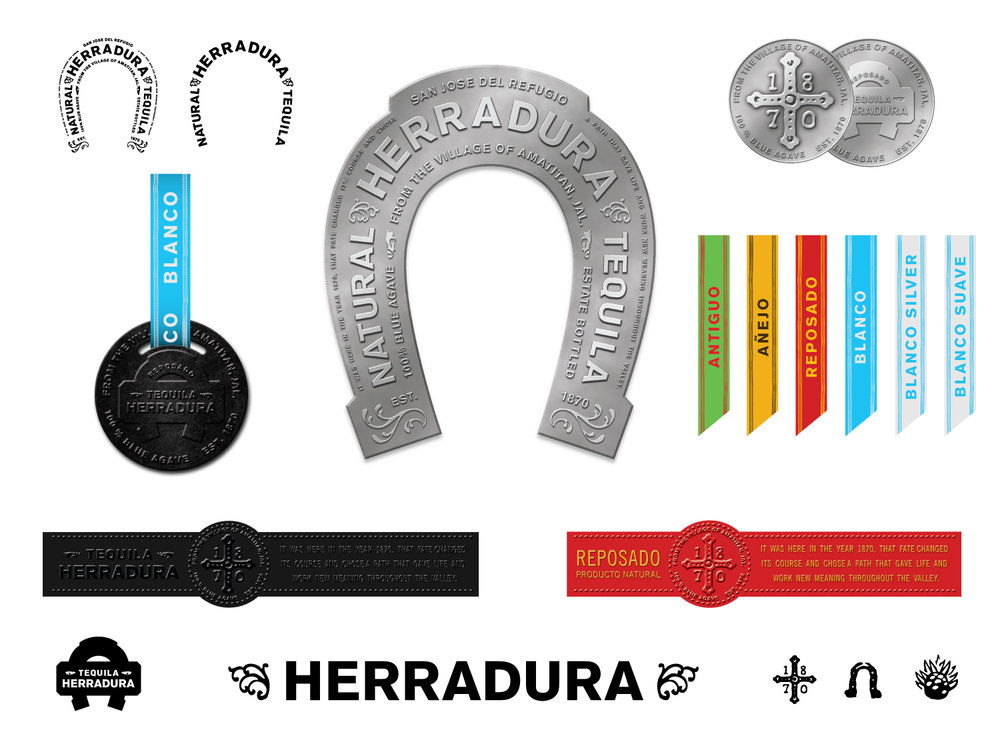 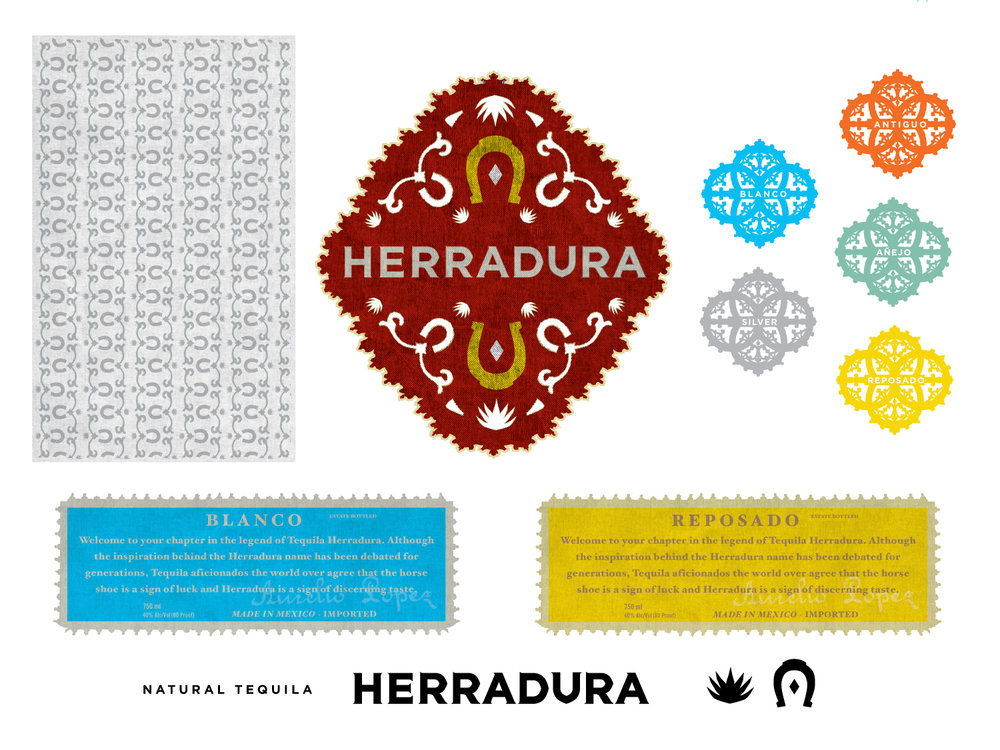 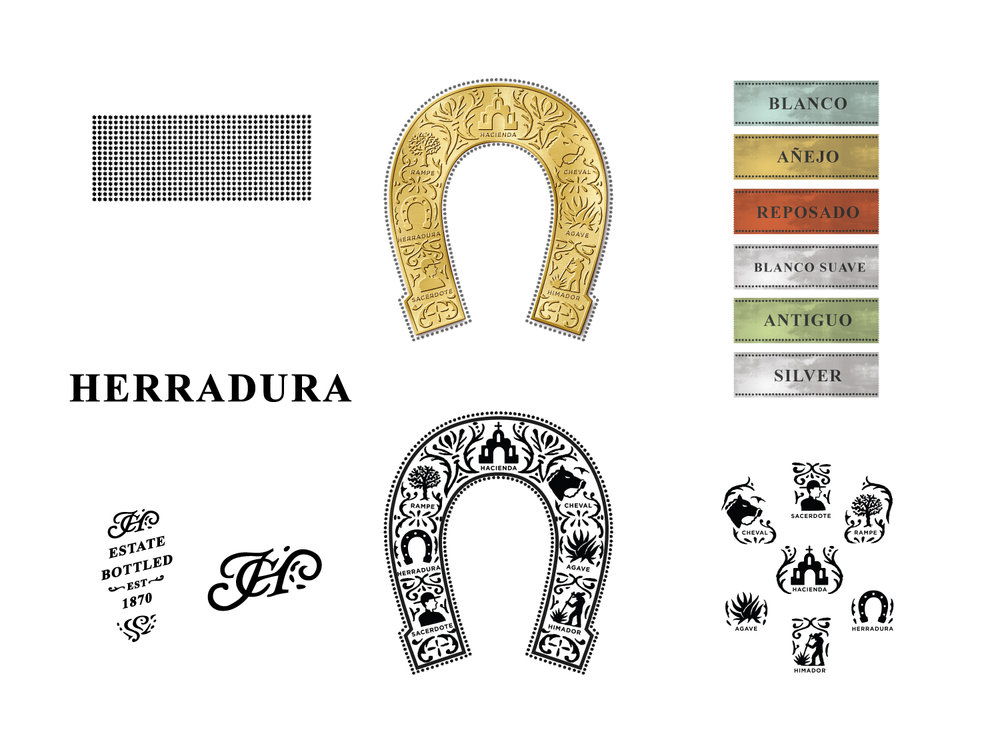 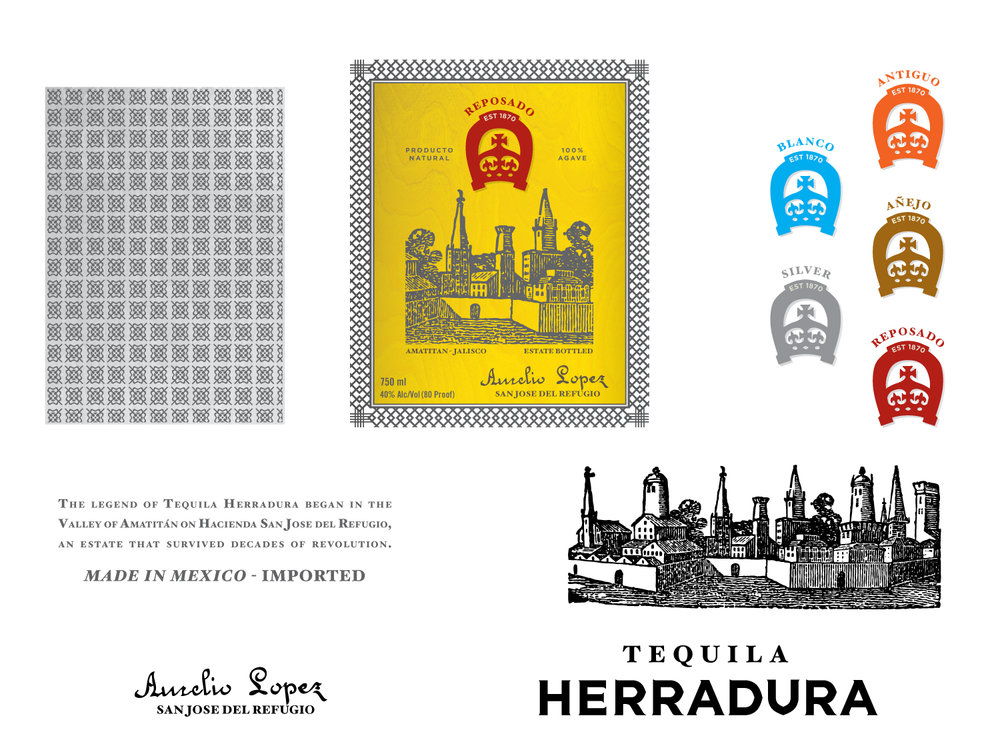 Beyond the plant, the agave field also has a bit of legend for Herradura, which means “horseshoe” in Spanish. Stories have it that in the early 1900s a founder, while inspecting the agave fields in a storm, saw something wrapped up in an agave plant, gleaming like gold. The horseshoe he released was kept for luck, and they eventually named the tequila after it.

Needless to say, we added the horseshoe into our notebooks, and set out to add some nightlife tequila sampling into our research phase. We learned how Mexicans rightfully believe that most U.S. citizens are totally clueless when it comes to enjoying this national treasure.  Ordering a tequila in this region isn’t anything like the salt-shot-lime routine. At its highest level, this is a drink for savoring, much like a fine whiskey. The reverence that Mexicans have for this product opened up a new world of design possibilities for this brand revitalization.  Definitely no sombreros. 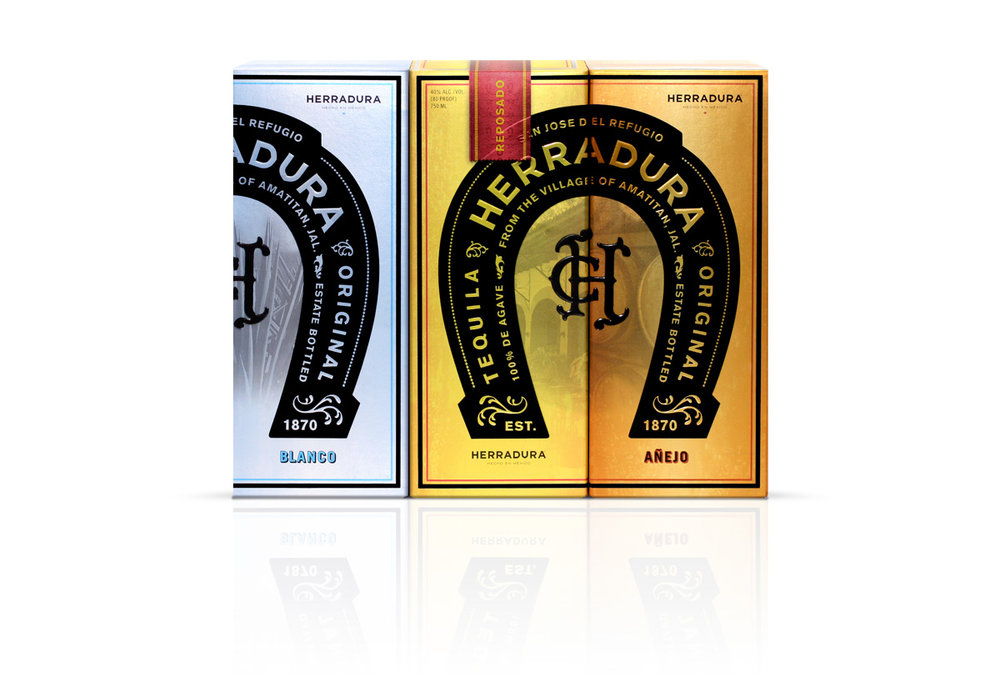 Next stop: Mexico City and the national museums. One belief we have at Duffy is the importance of attaching the work we do to the culture it represents. For this project, there was no better place than the National Museum of Anthropology (Museo Nacional de Antropologia). This world-class museum is built around a long, rectangular courtyard surrounded on three sides by two-level display halls. The 12 ground-floor salas are dedicated to pre-Hispanic Mexico. The upper-level salas show how Mexico’s indigenous descendants live today, and it is a cool architectural feature that the contemporary cultures sit one floor up from their ancestral civilizations. Tequila very much fits into this paradigm of a pre-Hispanic indigenous tradition that has lasted and evolved to a current and important place in modern Mexico.

We also stopped by renowned Mexican artist Frida Kahlo’s house. She was born in, lived in, and died at Casa Azul (Blue House), now a museum. If you visit Mexico City you make a pilgrimage there to gain a deeper understanding of the artist. As a painter myself, I was blown away by the many artifacts from her life and her inspirations. 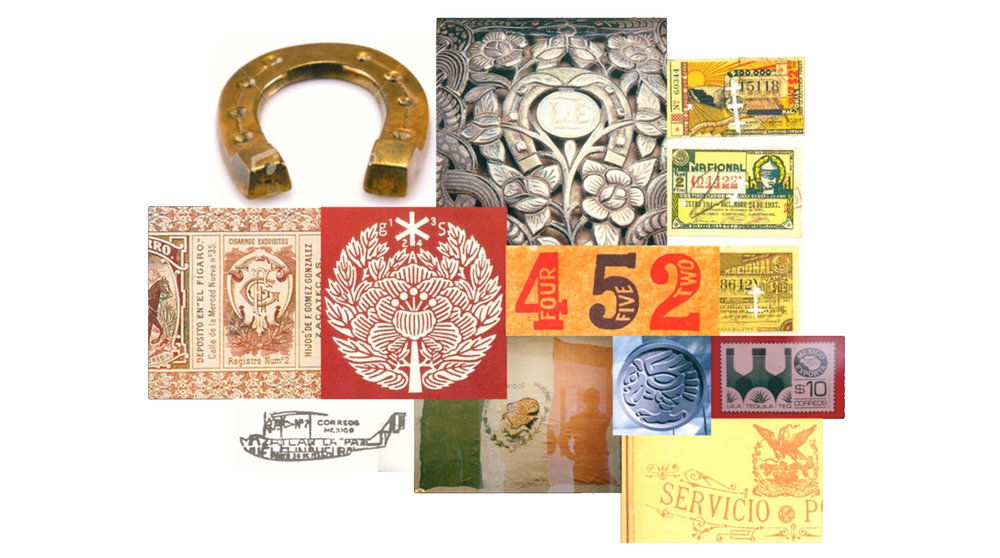 Throughout our travels we captured colors, typography, materials, patterns and imagery. Combined with the imagery we discovered in the fields, the distillery and the tequila museums, it gave us all the elements we needed to consider for our visual brief. This is one of the things we do to collect a full spectrum of possibilities to discuss before the design work begins. Our client played an integral part in creating it.  This visual brief from our deep dive became the filter for every design direction we developed.

What’s the most important aspect of great design? Inspiration! In the case of our work for Herradura, that meant exploring the Jalisco region, getting our hands dirty, and trying our best to be part of the culture of tequila—to understand it and to speak to it through great design. It’s fun to think that the agave plant that I was hacking down a few years ago will end up in a barrel to age, and ultimately be savored. Salud! 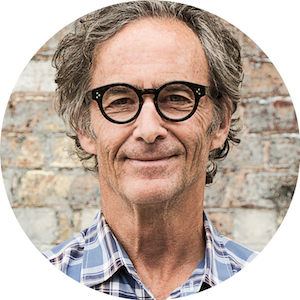 Joe is one of the world’s most respected and sought after thought leaders on branding and design. His work is regularly featured in leading marketing and design publications and is exhibited around the world. Joe founded Duffy with a vision to build a new kind of branding and creative company—partnering with clients and other firms in all communication disciplines. His first book, Brand Apart, was released in July 2005.

In 2004, Joe received the Legacy Medal from the American Institute of Graphic Arts for a lifetime of achievement in the field of visual communications. In 2006, he was recognized as one of the “fast 50” most influential people in the future of business by Fast Company. In 2007, Joe was honored with the American Institute of Graphic Arts Fellow Award for his many years of leadership in the state’s design and business community.Twitter

That's Right, this Tostitos Bag will Even Call an Uber for You