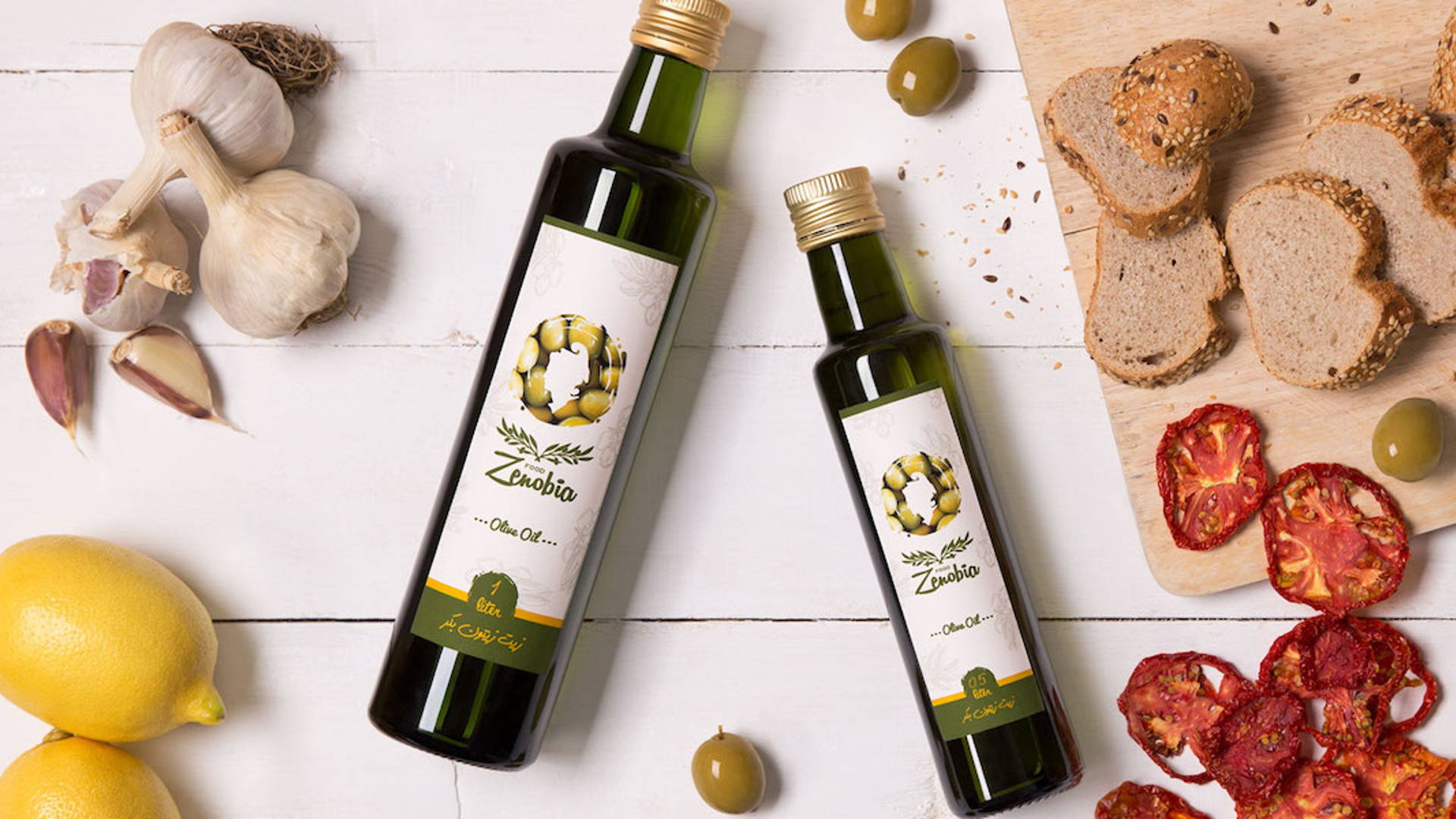 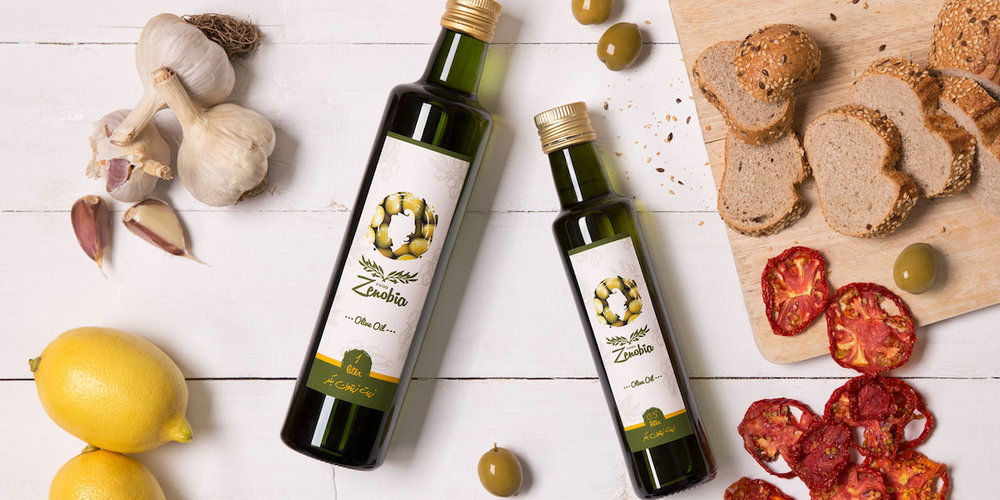 Zenobia was a warrior queen in the 3rd century in Syria who led a revolt against the Roman Empire. She is the face of a line of olive oil and Tahini which embraces the fertile land from which the products come. Concept Studio developed the packaging for Zenobia, simultaneously capturing tradition that would interest a contemporary audience. 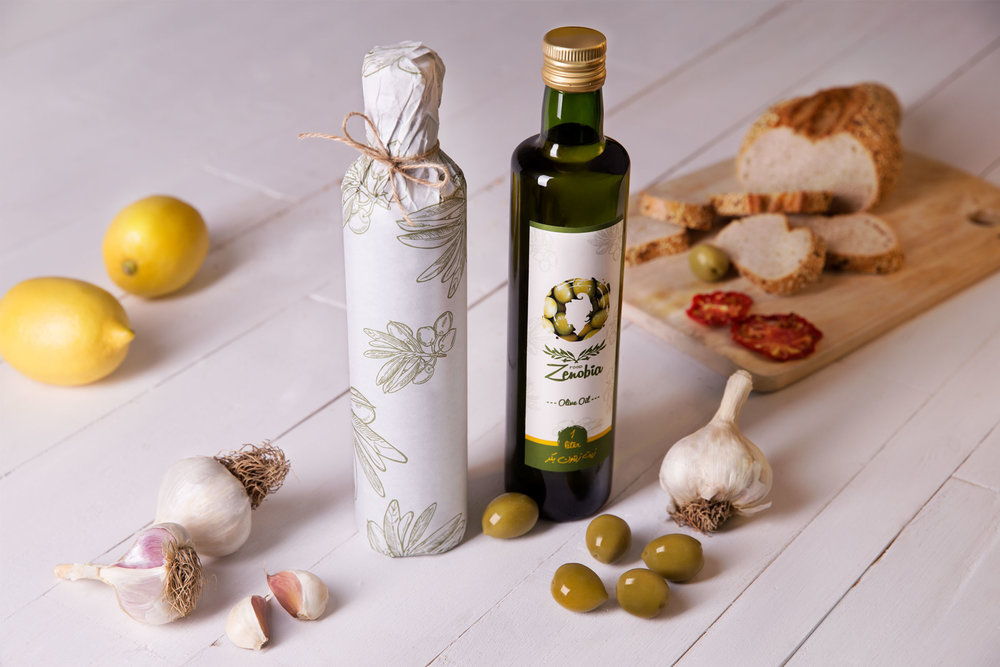 “Visual depiction of history and traditions spanning millennia that appeals to modern sensibilities—might sound like a paradox but makes for an interesting design project. We wanted to capture the essence of the legacy behind the products, olive oil and Tahini.”

“The logo is a seal with a silhouette portrays the grandeur of Zenobia—a third century warrior queen. The colours and the pattern evoke the land, the tradition and the cultural significance of olives, comparable to the cold pressed olive oil which retains the flavour, colour and nutrition value.”

Zenobia’s color palette is earthy, with olive greens and light tans that indicate the fresh ingredients used in production. The logo is fun and has a hand-painted aspect to it, making the product feel more special and unique. Bottles and jars are then wrapped in paper, giving them a quaint, small-town feel. 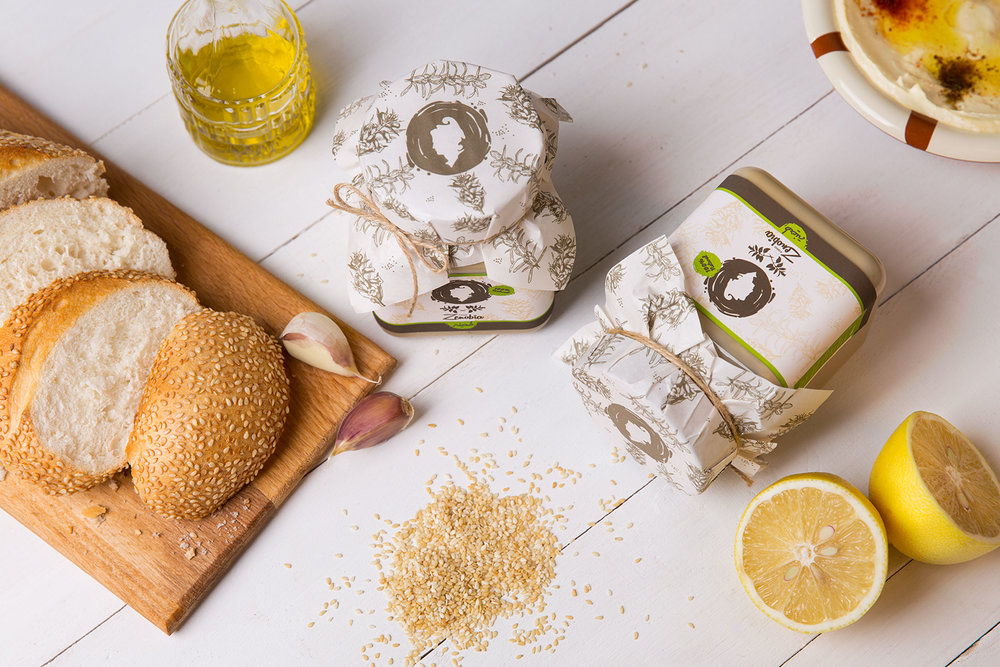