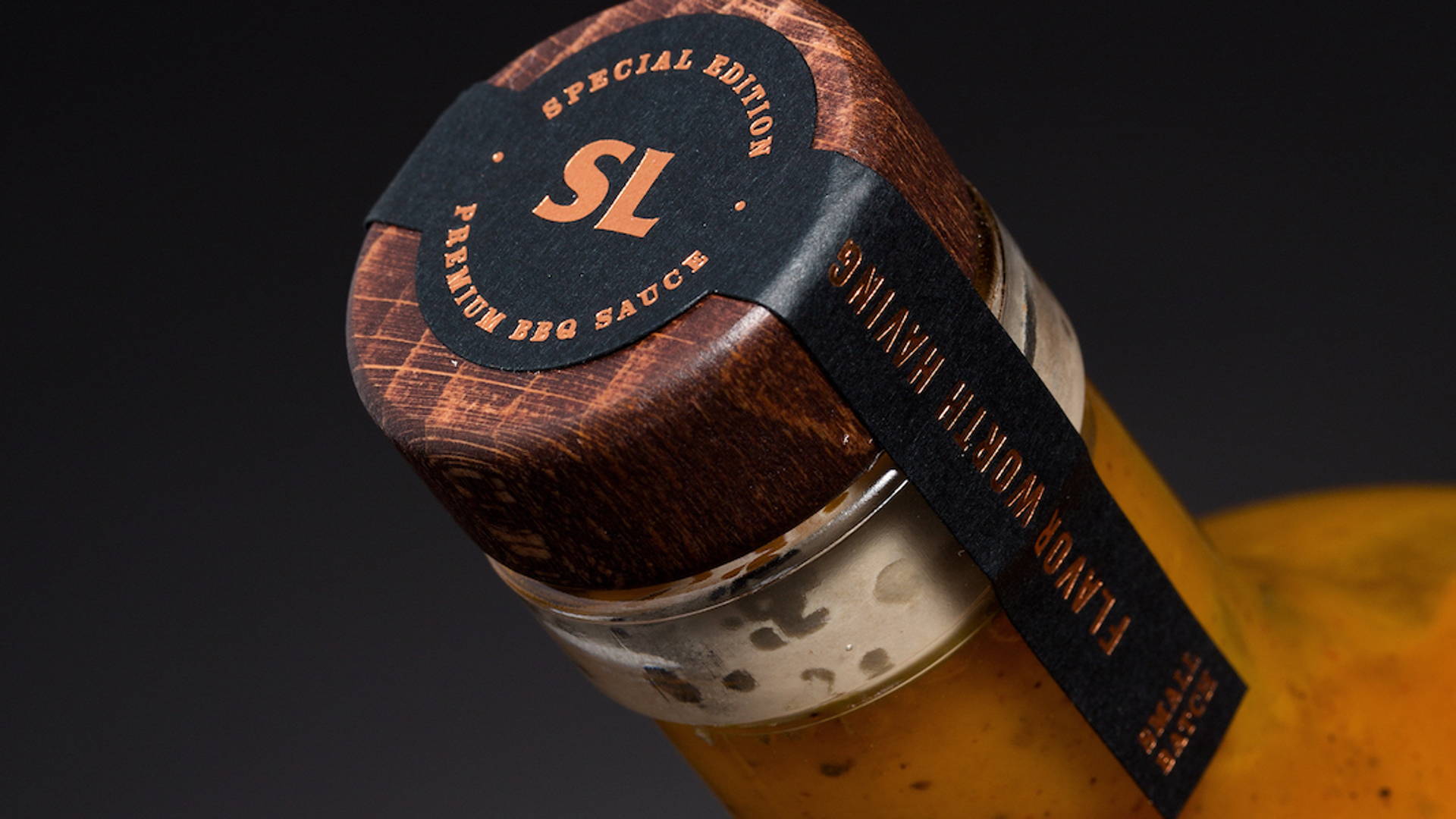 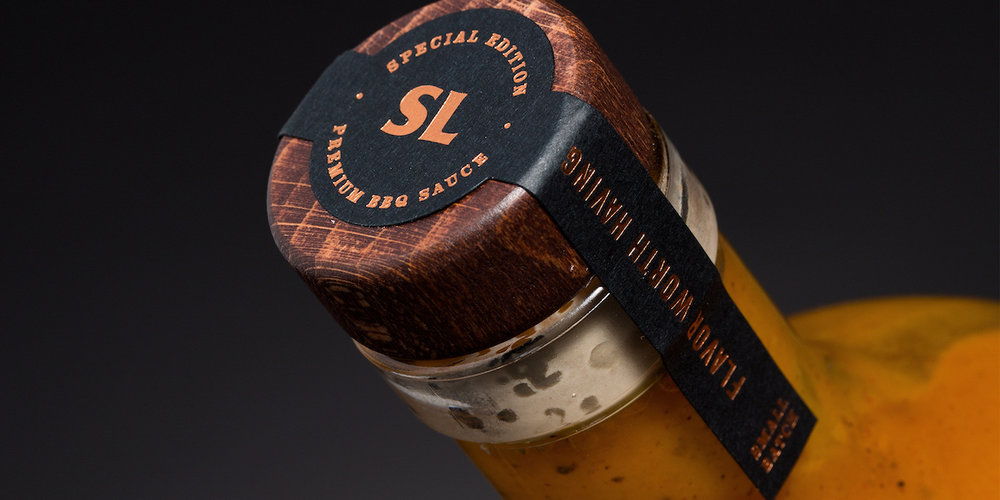 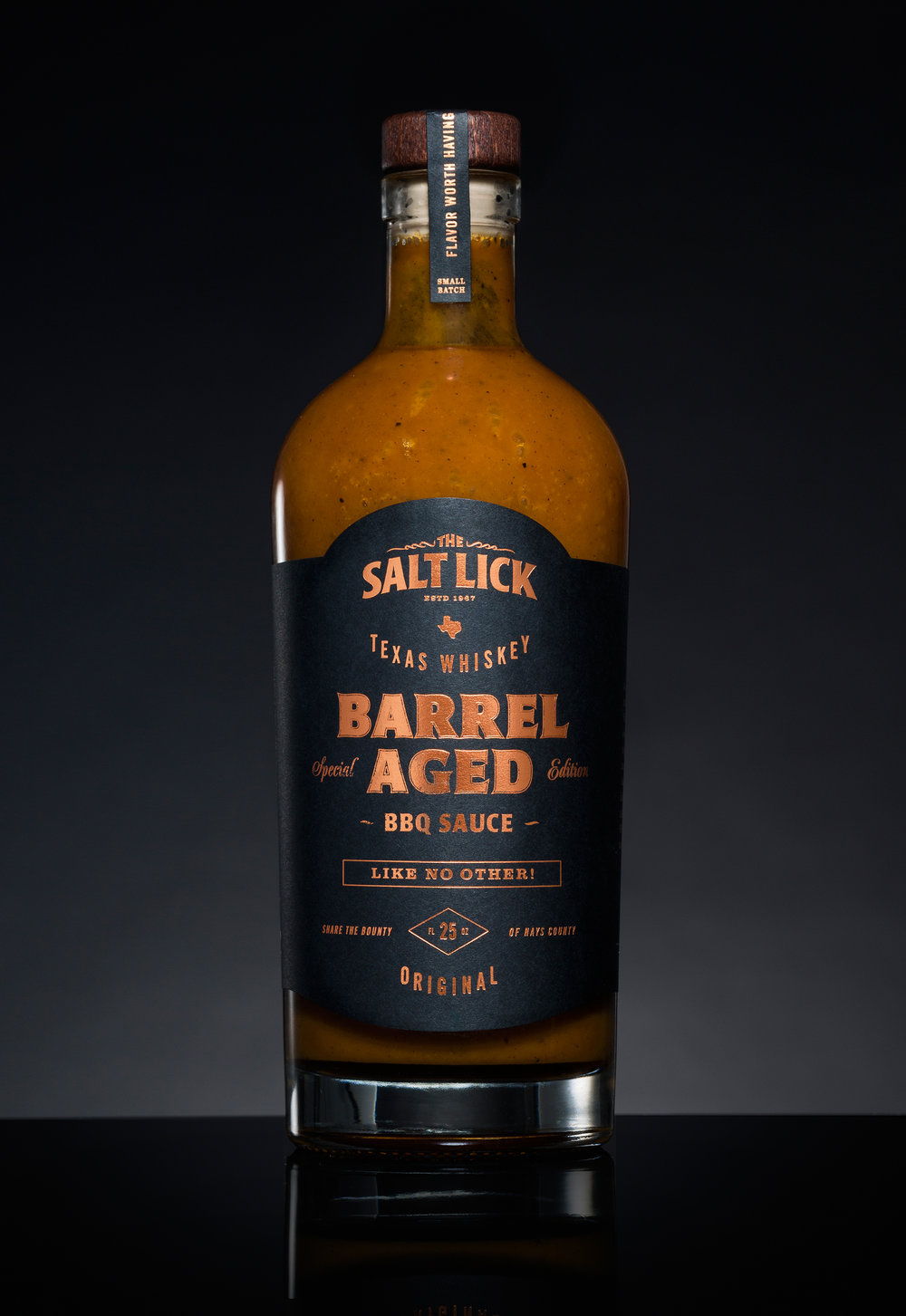 Packaged in a bottle that looks like a traditional liquor bottle, it nods to the production process. Copper foil feels a little gritty and edgy while also bringing out the hue of the sauce inside. The font combination is strong and bold while also harnessing a bit of the old wild west vibe. 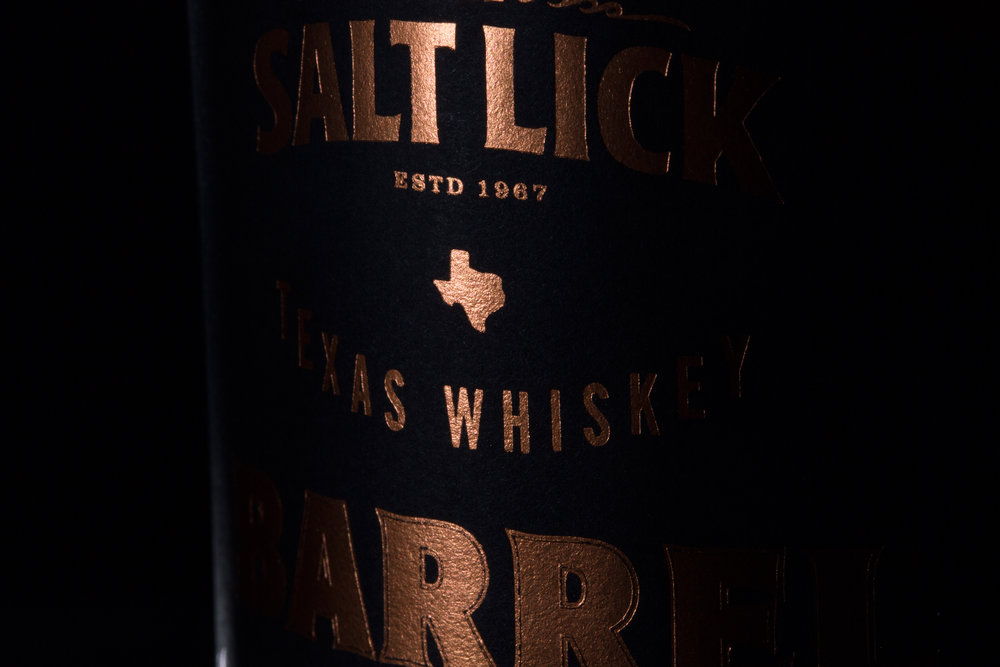 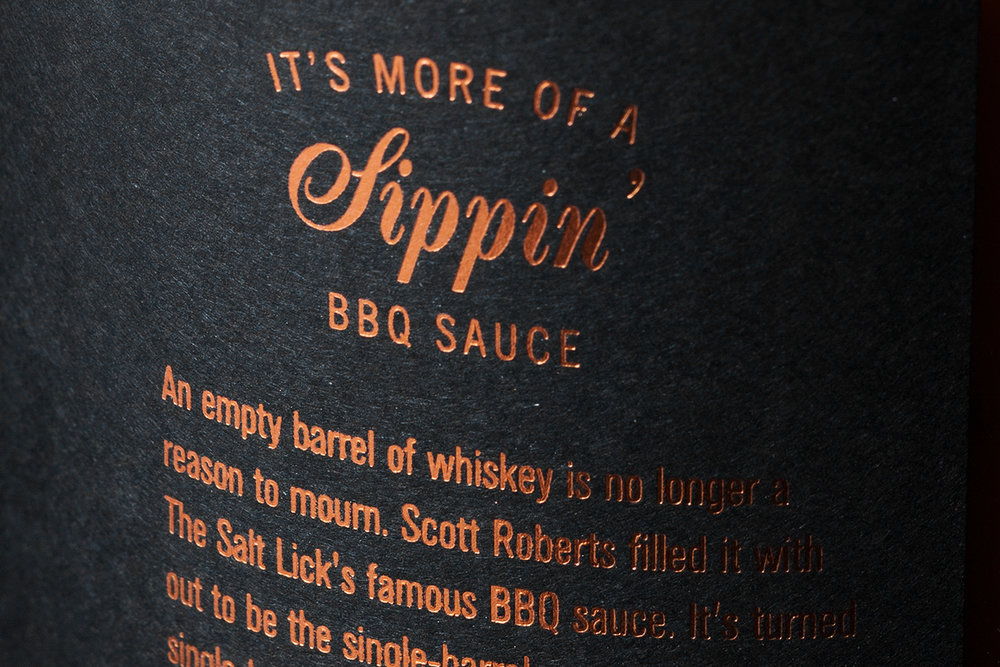 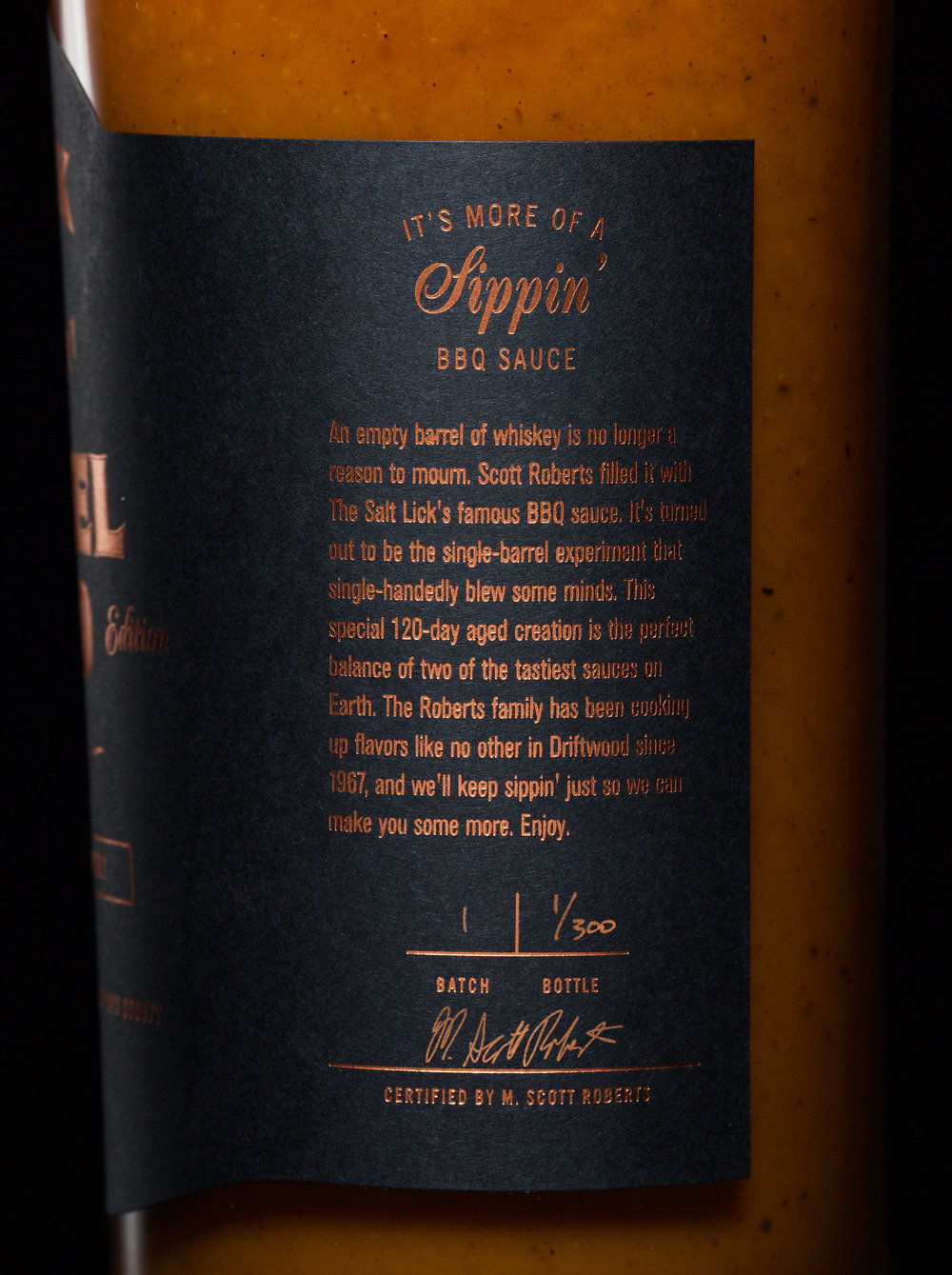 “The Salt Lick, a Texas BBQ legend, asked us to create a bottle fit for their special edition whiskey barrel-aged BBQ sauce. We decided to play off the look of a vintage whiskey bottle with a bold, no-nonsense, typography-driven design. Since it is a special edition, we also wanted it to feel premium. So we picked a whopping 25 oz bottle and decided to print the label with a copper foil that would play off the color of the sauce itself and elevate the design even more. Each bottle is numbered and signed by the Pitmaster himself.” 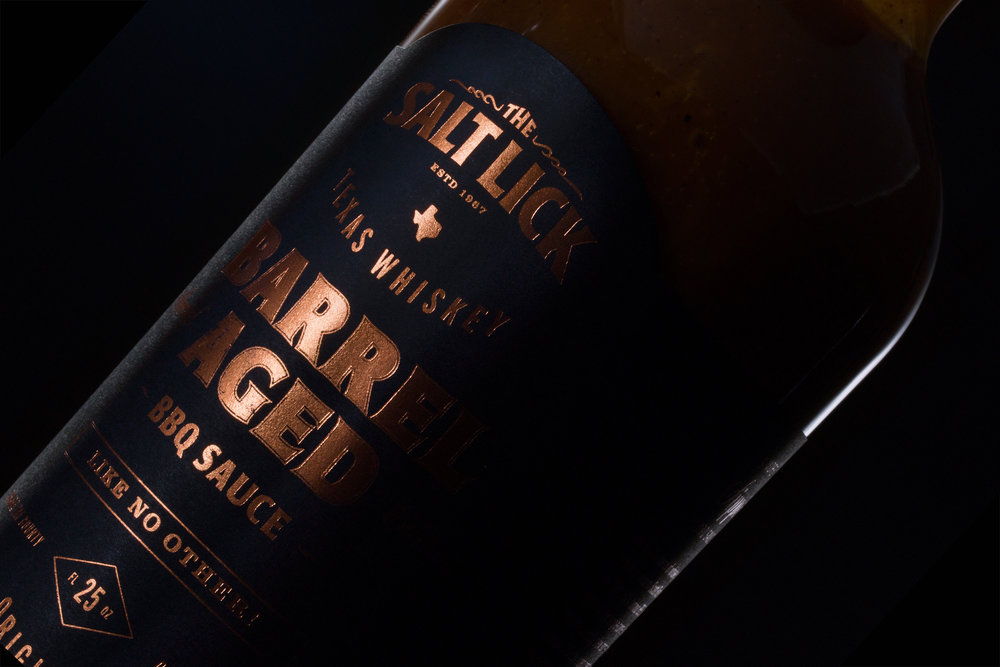