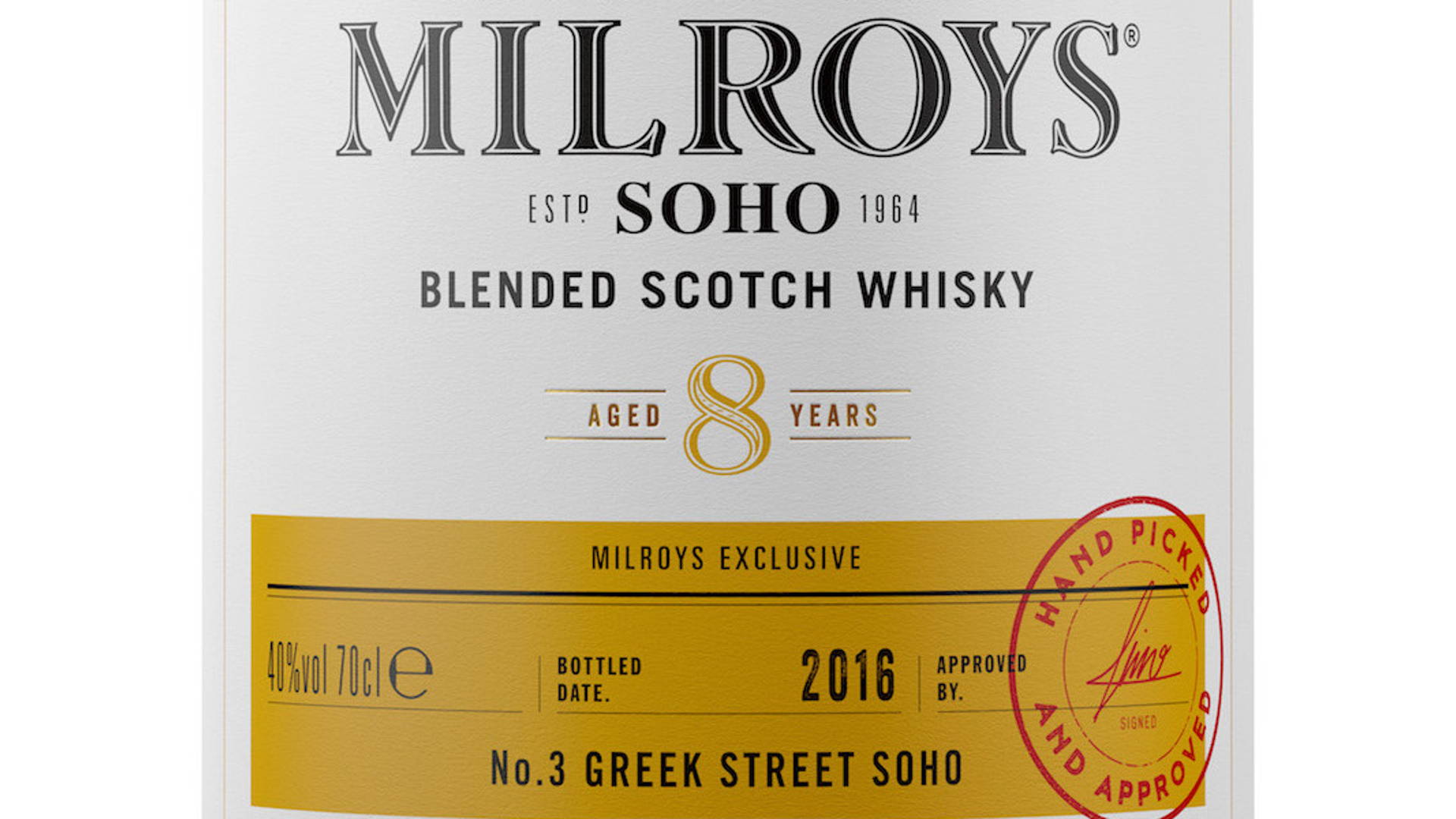 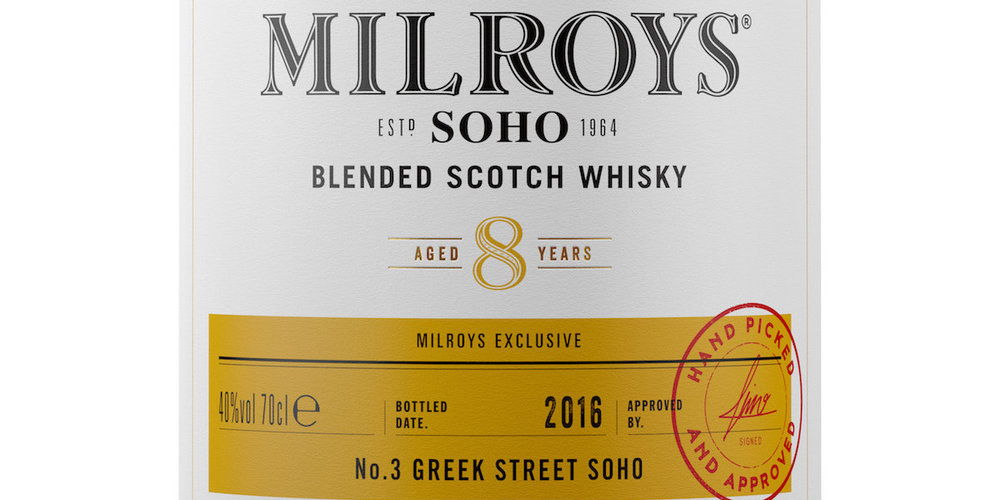 London’s oldest whiskey specialists have just launched not one but four (!) new whiskies under a brand new label. Branding and design consultancy Good developed the new branding and packaging for this line of Scotch whiskies.

“Milroys was founded in 1964 by eccentric brothers Jack and Wallace Milroy, who are credited with bringing single malt scotch whisky to the masses through working with blend owners and encouraging them to supply their single malts. The store passed through a number of owners, and was brought back into private independent ownership in 2014 by a young team of whisky fanatics.”

“The new brand brings together Milroys’ place at the heart of the history of whisky with a fresh and modern twist, reflecting Milroys new owners; its location in the heart of Soho and its accessible expertise.”

“Replacing the old ‘handwritten’ style of Milroys’ logo is a strong typographic logo that incorporates a brand marque featuring an M, and S, and the year 64 (which can also be used independently) - alongside the strapline: ‘The original whisky specialists.’ The new logo will appear on packaging, also created by Good, for four new whiskies under the Milroys’ name. These comprise three single cask editions from well-known distilleries, and one eight year-old blend. The single cask expressions are available exclusively at Milroys and are an Ardmore 2008, Glentauchers 2007 and Blair Athol 1988.”

“The packaging for these whiskies uses traditional whisky cues – classic fonts, solid bottle shapes – but adds a different flash of colour on each label to identify the four whiskies by distillery, bottling (as the single cask expressions are all limited editions) and ABV.  Secondary packaging for the single barrel expressions alludes to Milroys’ iconic Soho location and this mix of traditional and modern with a coloured ‘graffiti wall’ on the inside of the carton.”

The new whiskies are all unique and made with distinct differences, whether with certain casks or how long they’re aged. While they are all consistent under the brand and each one is hand picked and approved by the distiller, the subtle differences can quickly be seen. At the center of the bottle is the vintage or amount of years the whiskey has been aged, and a small block of color at the bottom outlines the casks used, the batch number, alcohol content, and how many bottles were made. This precise information makes each bottle feel incredibly special.

“Alongside packaging for the new range, the rebrand includes a new look interior and shopfront at Milroys’ London store; a brand new website, logo, strapline and all marketing materials. The design has been created to be flexible and grow as the brand develops – whether that’s launching new whiskies under the brand name, or opening new stores or ventures.”

Pack of the Month: Magnificent Beard