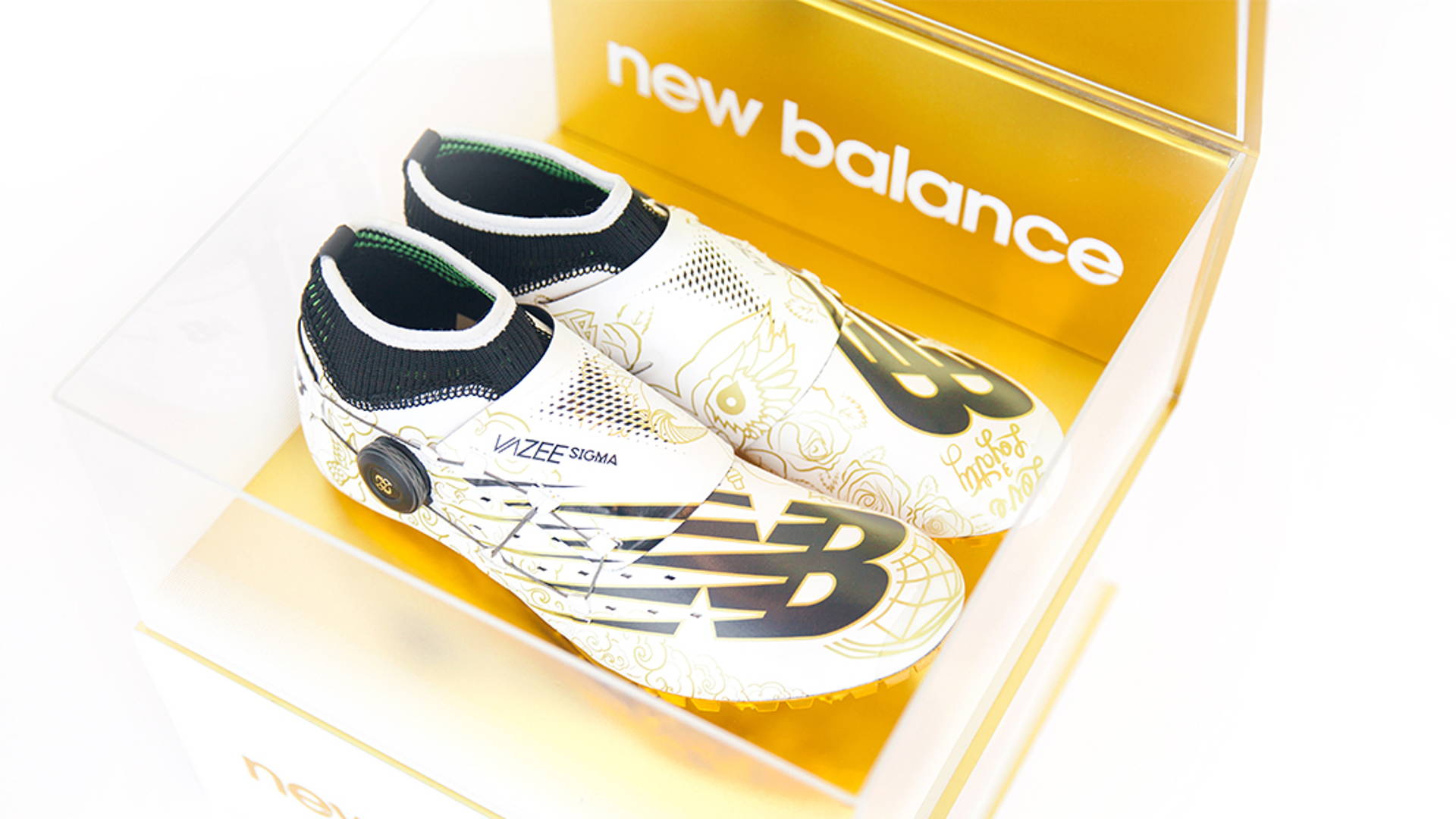 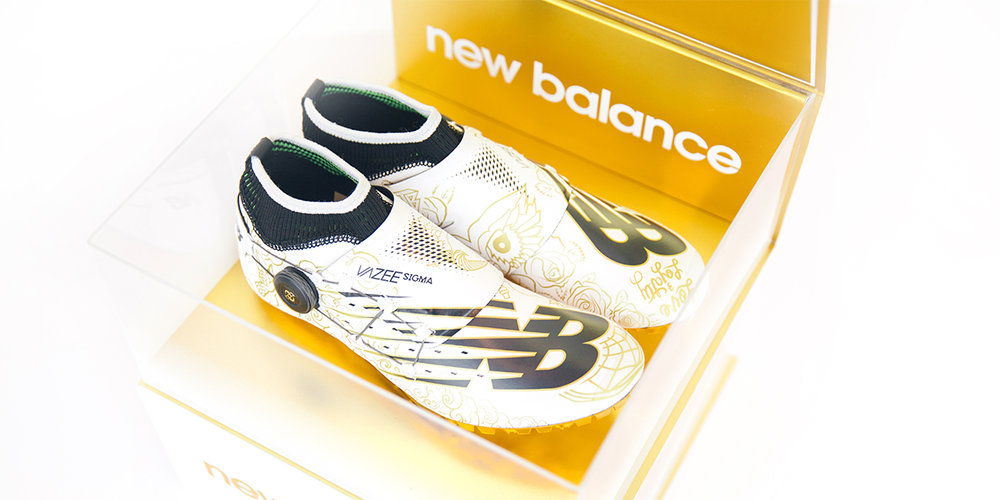 In the weeks leading up to the 2016 Olympics, New Balance asked Global Thinking to create a gift for one of the top sprinters in the world—Trayvon Bromell. Trayvon is a 21-year-old American track-and-field athlete and specialized sprinter. He was the first United States high school athlete to run 100-meters in less than 10 seconds, setting the new world junior 100-meter record at 9.97 seconds. New Balance saw his golden potential and signed him to #TeamNB. He entered the 2016 Olympics to find out how fast a human can run. 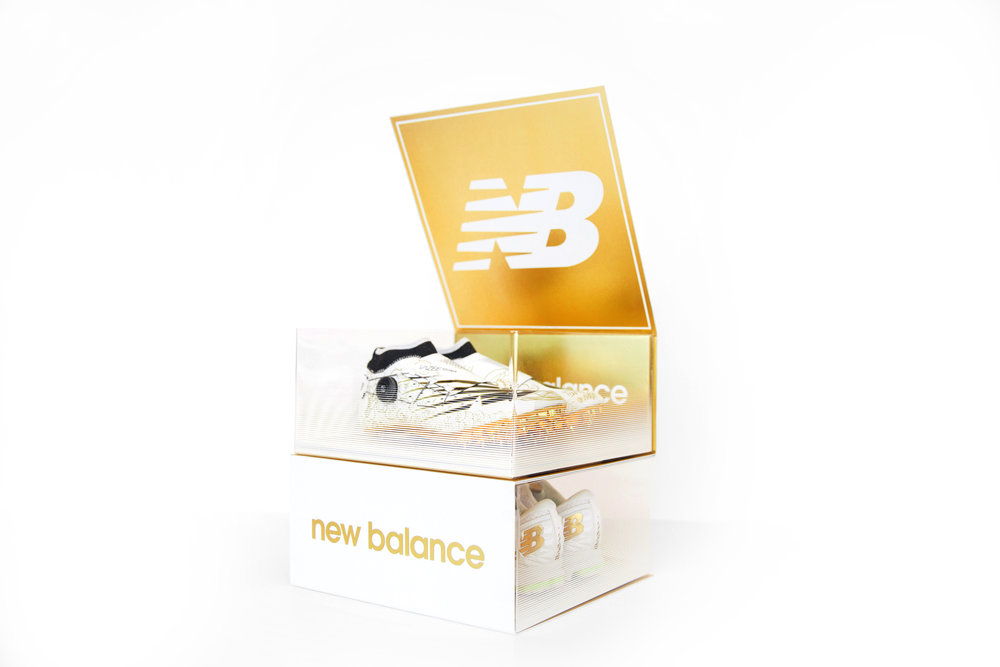 To wish Trayvon luck, New Balance created two sets of custom-designed shoes—a pair of all-white Vazee 2090 Glory trainers and a set of Vazee Sigma Glory spikes that celebrated the runner’s tattoos. The brand took inspiration from the wings, doves, roses and words that are tattooed on Trayvon’s arms and chest and turned them into an art piece, using the shoes as a canvas. Now, these stunning sneakers needed a kit that would pay homage to his skill. Three things were clear. We needed to: Exhibit both pairs of shoes simultaneouslyShow off the entire design of the shoes from all anglesCreate something that has never been done before 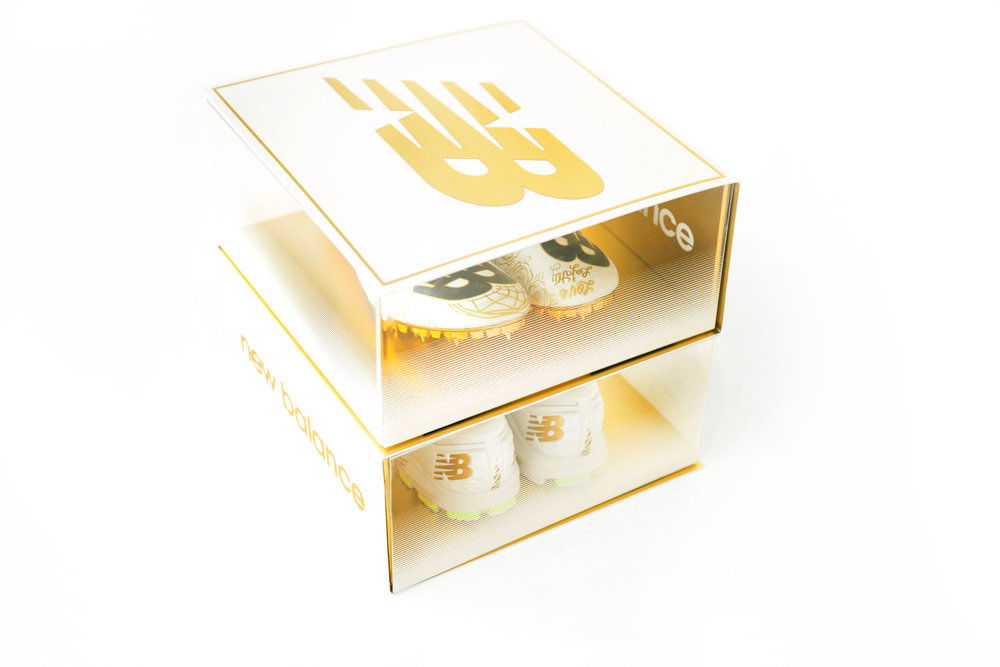 "A glass case similar to the house that would hold a medal. But how would it ship to Waco, Texas? We hunted materials that would bring the idea of a functional, beautiful, two-part, transparent case to life—without breaking into shards in shipment. This meant serious experimentation. Working with our wide format production team, we developed numerous prototypes of various bent and flexed materials, until we landed on a thick acrylic that’s half the weight but just as sturdy as glass." 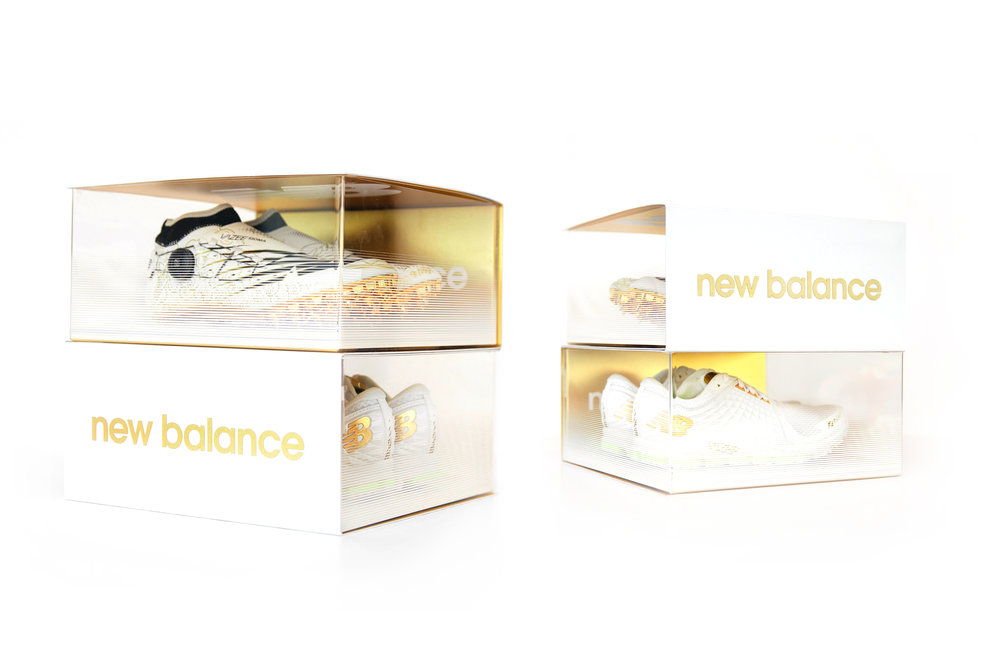 "It was seamless. Literally, one piece formed into an s-shape to create two cases that connected as one. Now, it was ready to come to life with our design. To represent where we saw these shoes taking Trayvon, we put them on a golden platform. The art direction was a refined combination of bright white matte lamination and shining gold vinyl that offered depth and featured small details. We lined the sides of the acrylic in a subtle gradient, fading out to the white and gold New Balance logos, so the brand was visible from every angle." 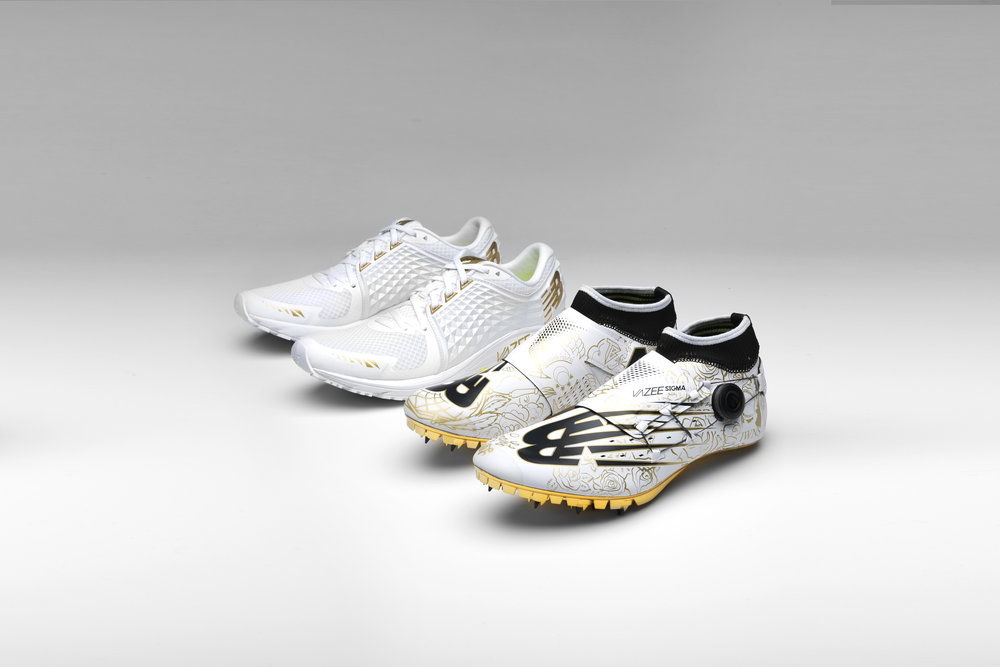