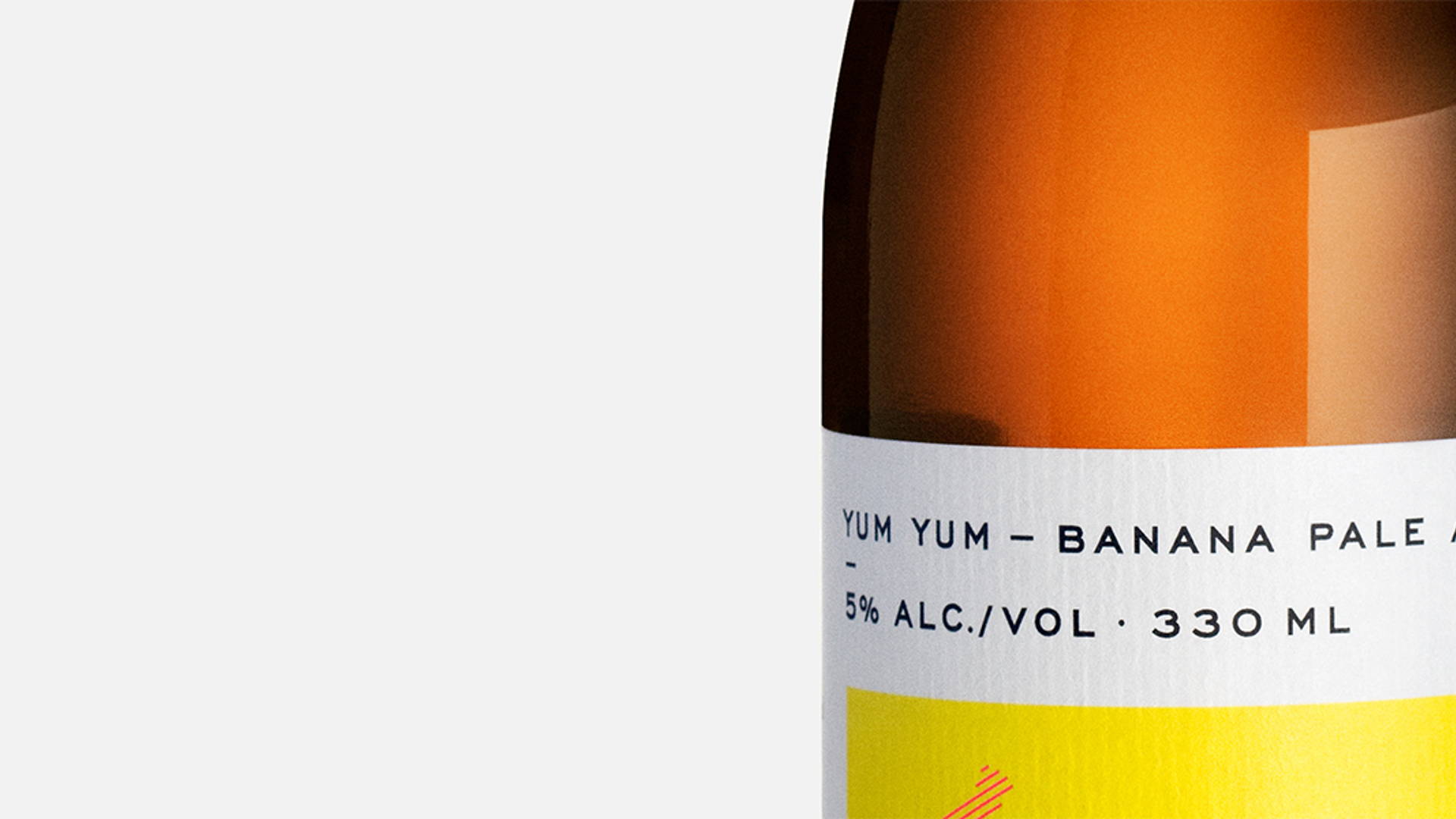 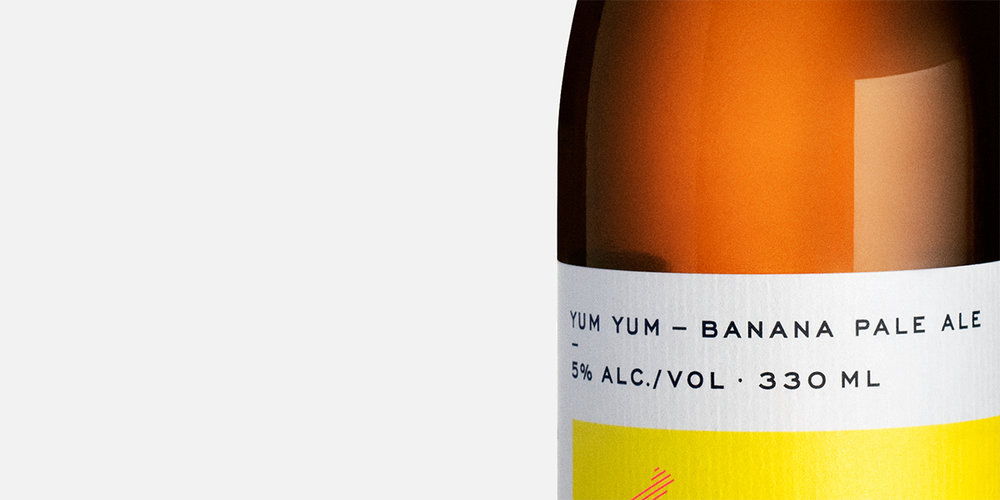 Take a drink and head back to the 80s—1987, to be exact. Kollor developed the labels for the 1987 Series from Öde Bryggeri, a small, award-winning microbrewery that’s outside of Stockholm, Sweden.

“With an emphasis on craftsmanship, all production is done by hand, from milling of the malt to bottling and labeling. Öde beers are made of carefully selected ingredients from around the world. They are all unfiltered, unpasteurized, naturally carbonated and have a rustic appearance.” 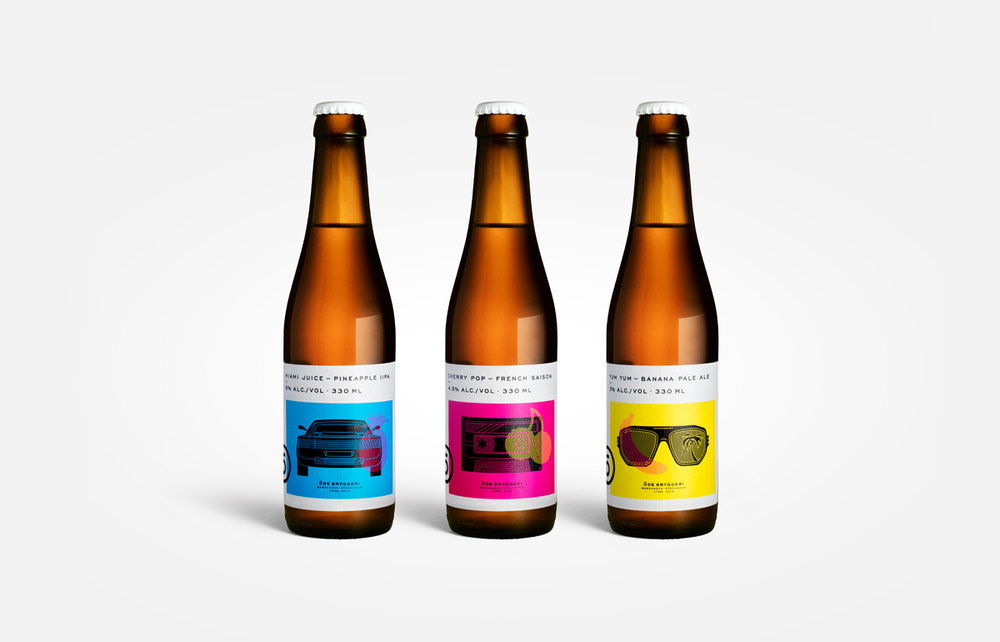 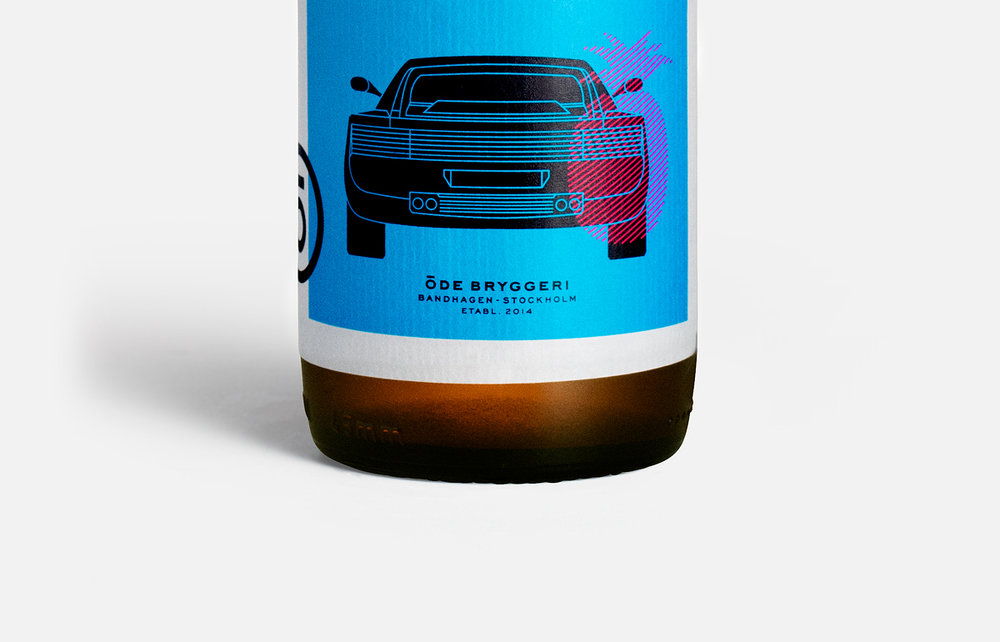 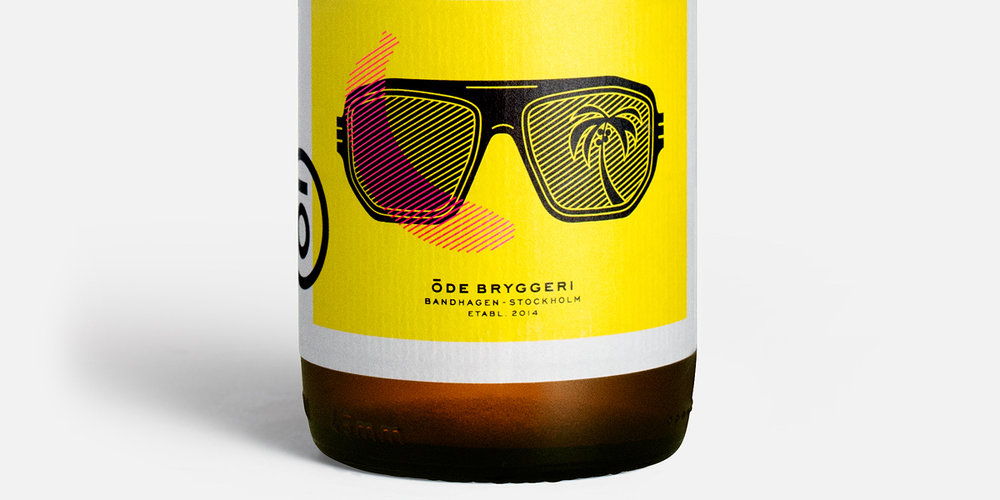 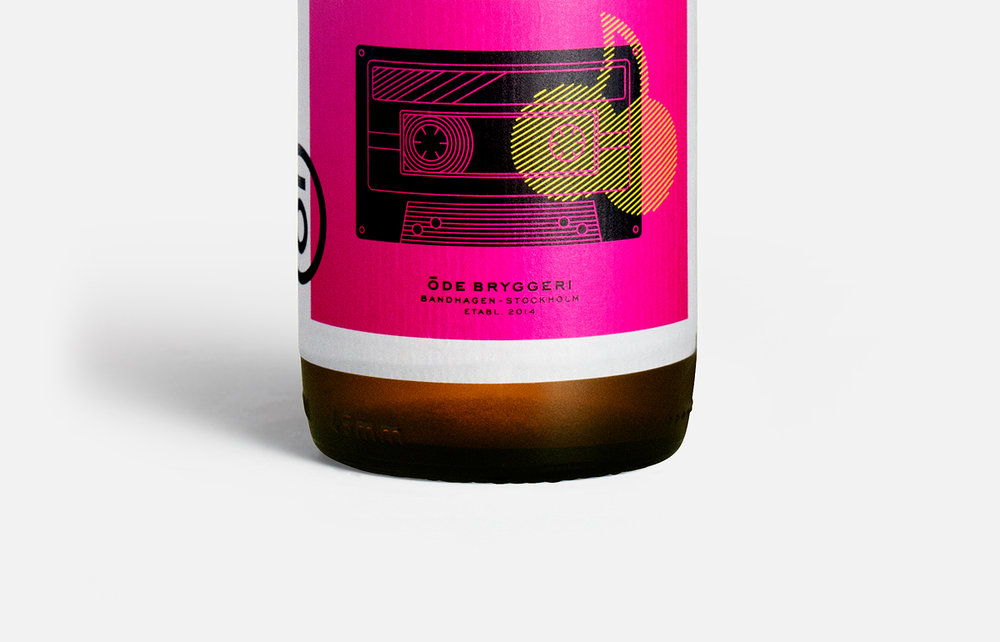 “With sights set on providing an authentic '80s beer to all true beer lovers, both in terms of taste and appearance, Kollor was approached by Öde with the request to design their 1987 series.”

“Channeling our childhood heroes Sonny Crockett and Ricardo Tubbs, the sunglasses, the classic Testarossa and the cassette tape were picked to icon the fun-loving and colorful '80s. Fresh in color as well as taste, the banana, cherry and pineapple brew aims to make you relax in the shadow of a palm tree – wherever you are.” 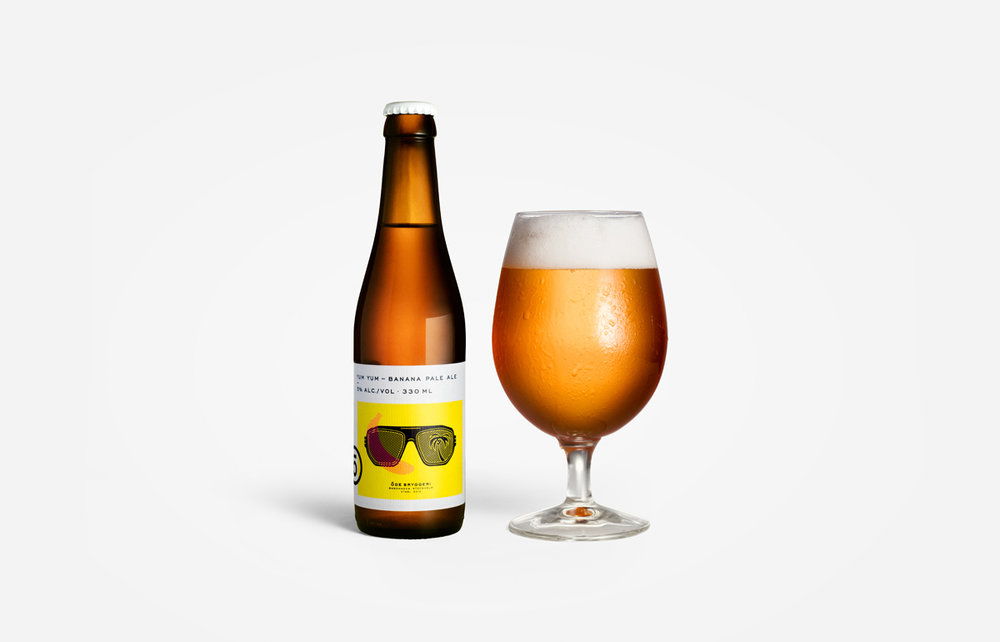 The series is a delightful combination of old and new. Innovative flavors like a Cherry Pop French Saison and Banana Pale Ale are certainly exciting and non-traditional, while the imagery and bright colors feels undeniably retro. Instead of going overboard, they use one or two striking images to make a statement, which piques the consumer’s curiosity and tempts them to try the craft beer. 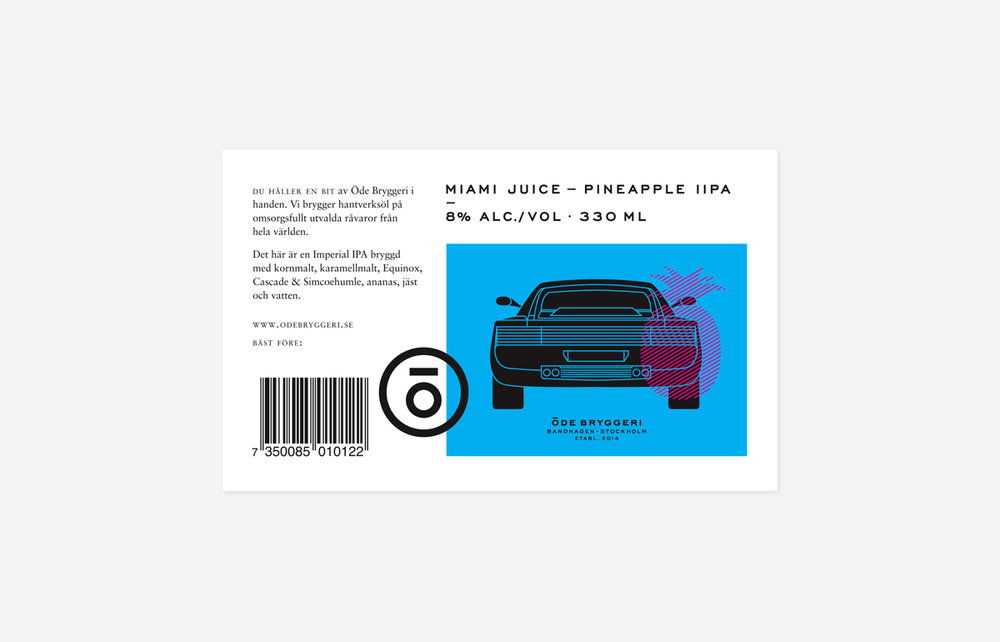 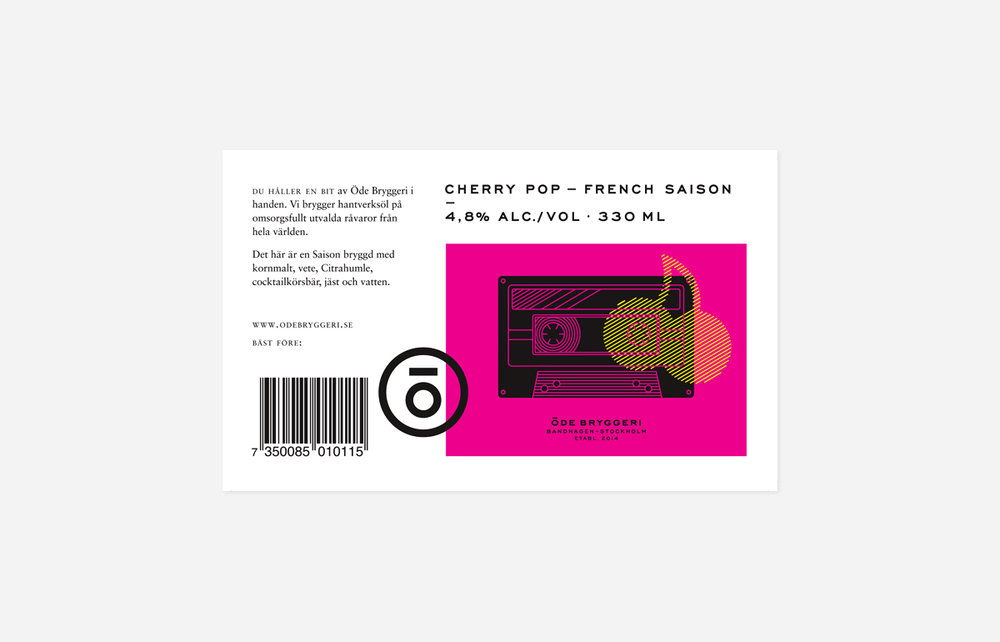 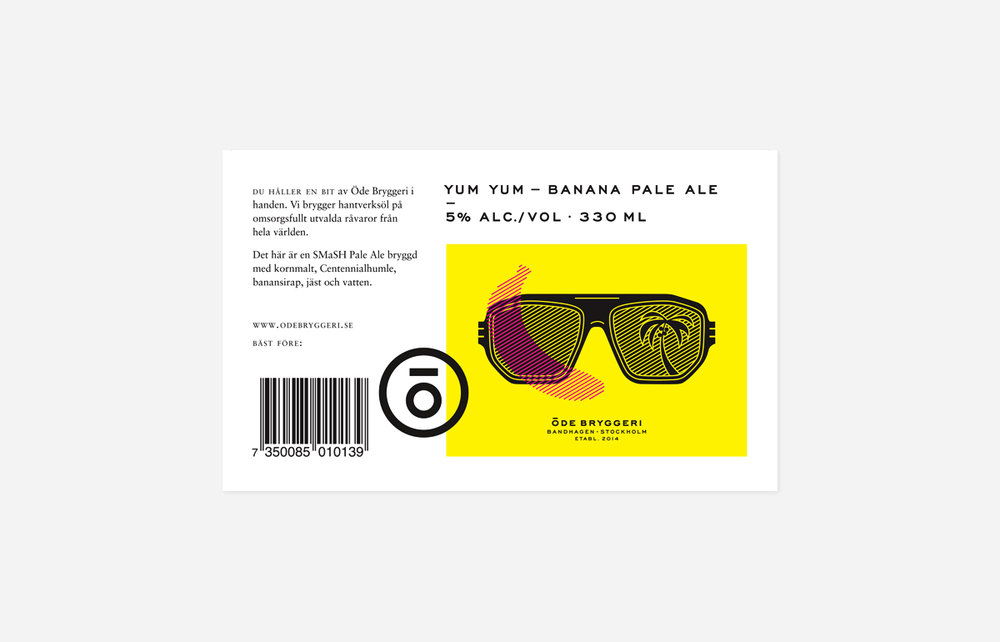