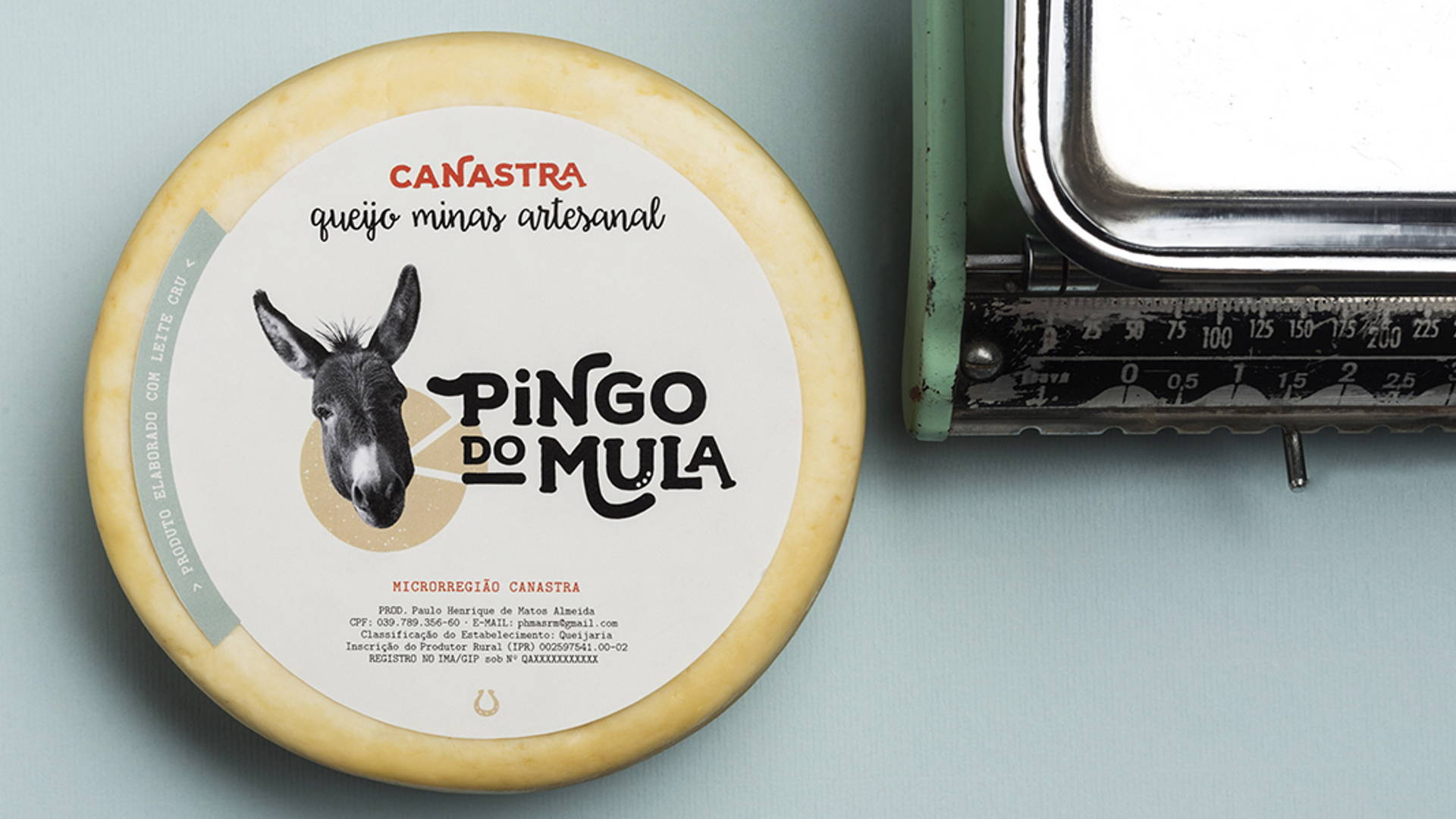 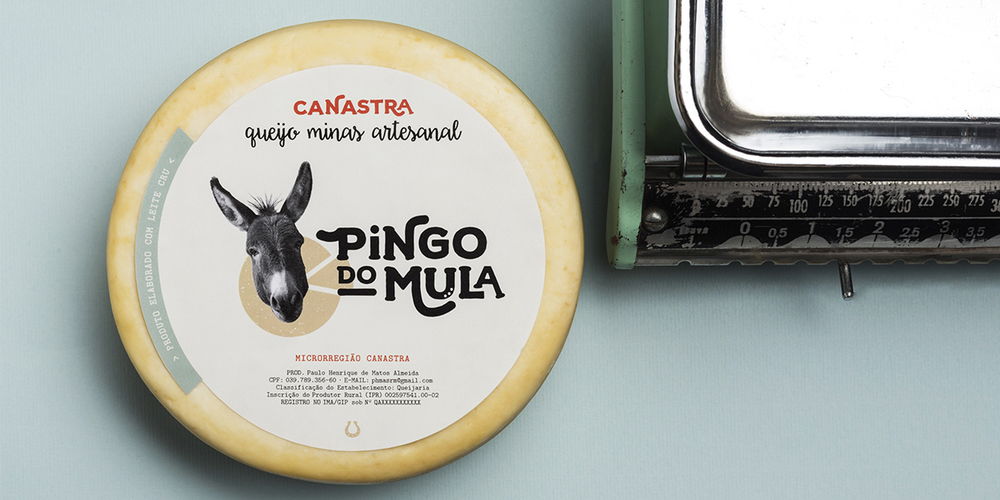 Here’s a little something for you cheese lovers! Pingo do Mula is a cheese made in the Canastra region in Brazil. Oeste developed the package design for this family-run cheese brand that is deeply rooted in Brazilian history. 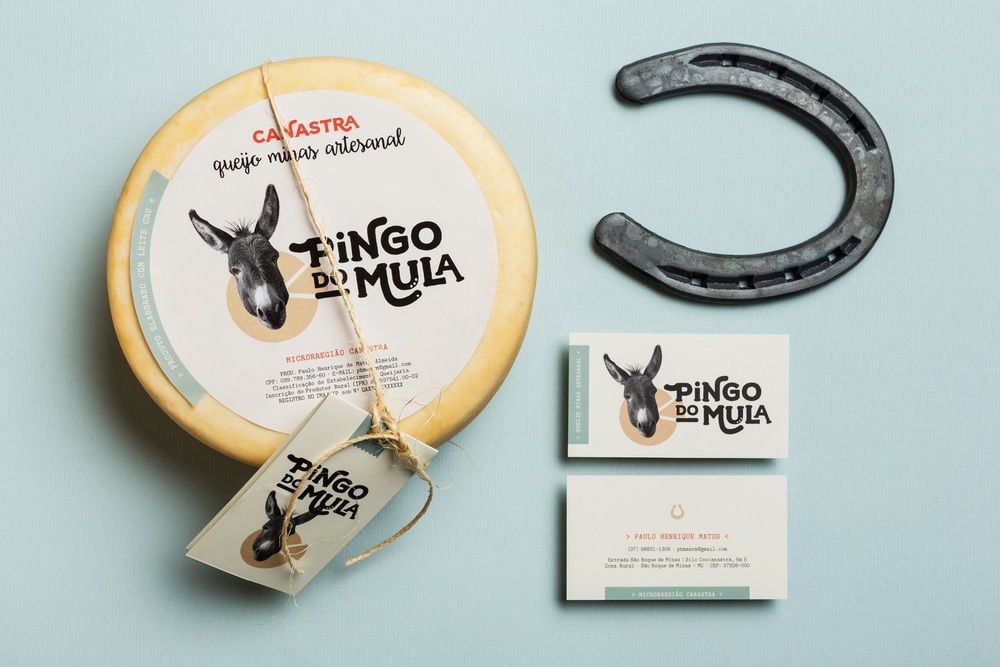 “Serra da Canastra is an important tourist attraction in the state of Minas Gerais. This region is known for its waterfalls and mountains, as well as for its cheese, which has distinctive and striking characteristics such as a yellow appearance, smoothness and flavor. The production of this type of cheese is two centuries old. Due to its ancient tradition, this cheese earned the name ‘Queijo Canastra,’ and has been considered a ‘Brazilian Intangible Cultural Heritage’ since 2008.” 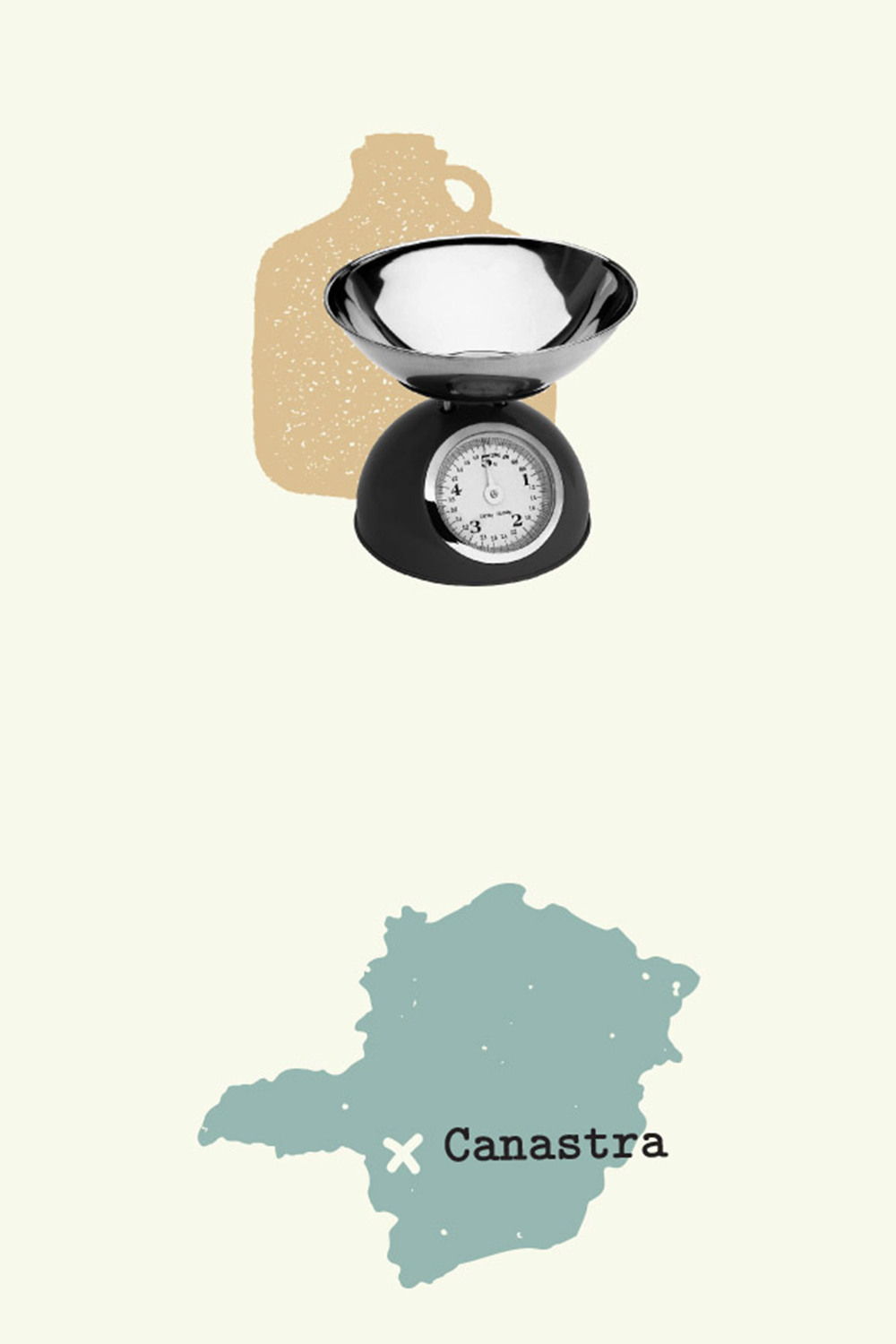 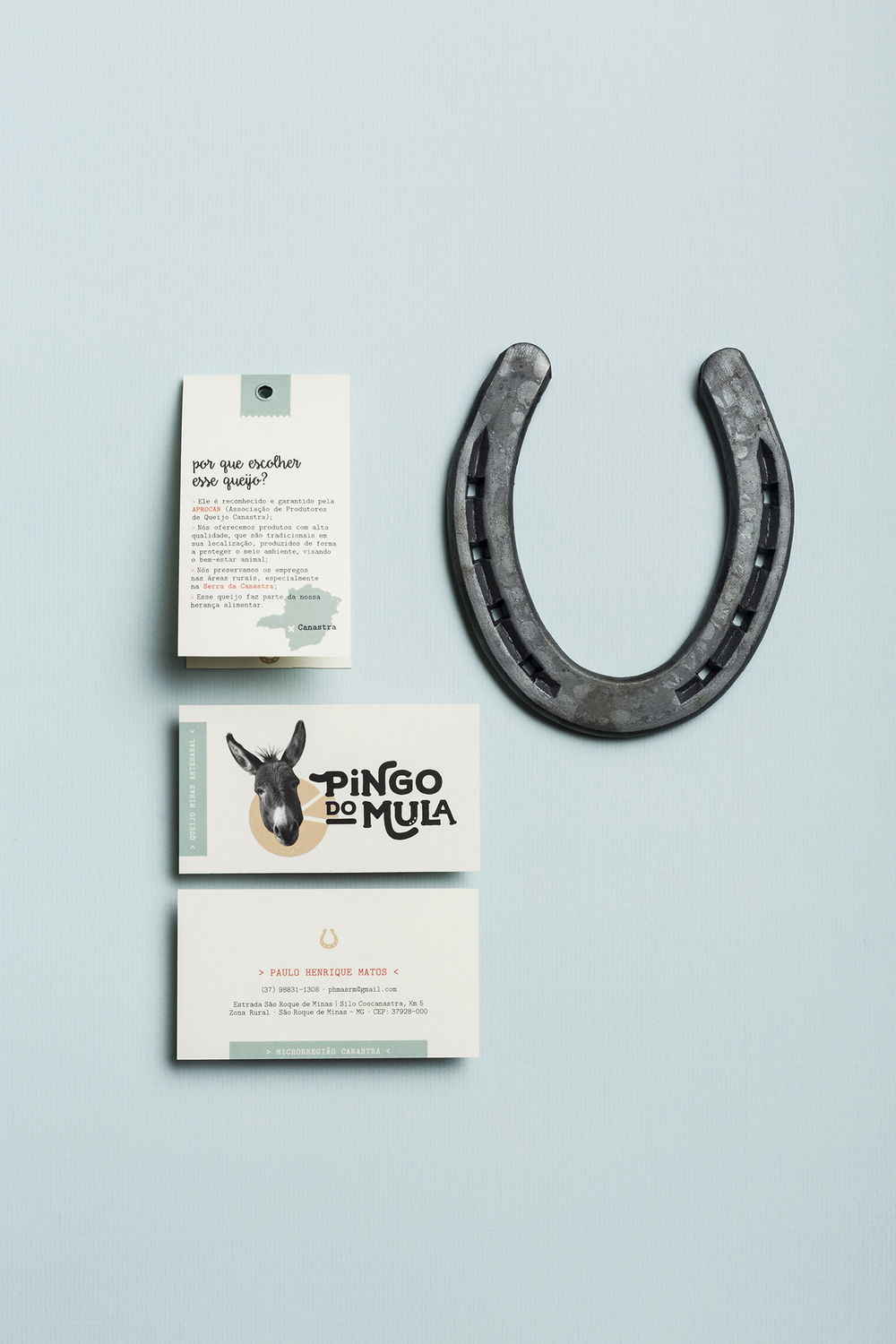 “Antônio de Melo Almeida was a pioneer in cheese production on his farm. When he was young people used to call him ‘Mula Veia,’ which means ‘Old Mule.’ His main concern was keeping the quality and the recognition of his handmade production. That’s how ‘Pingo do Mula’ was created. ‘Pingo’ is the ‘DNA’ of his cheese, which has unique attributes of the Canastra region (‘Pingo’ is the drained whey taken on the first day of the cheese production) and ‘Mula’ is Antônio’s nickname, which shows the good humor of the family.” 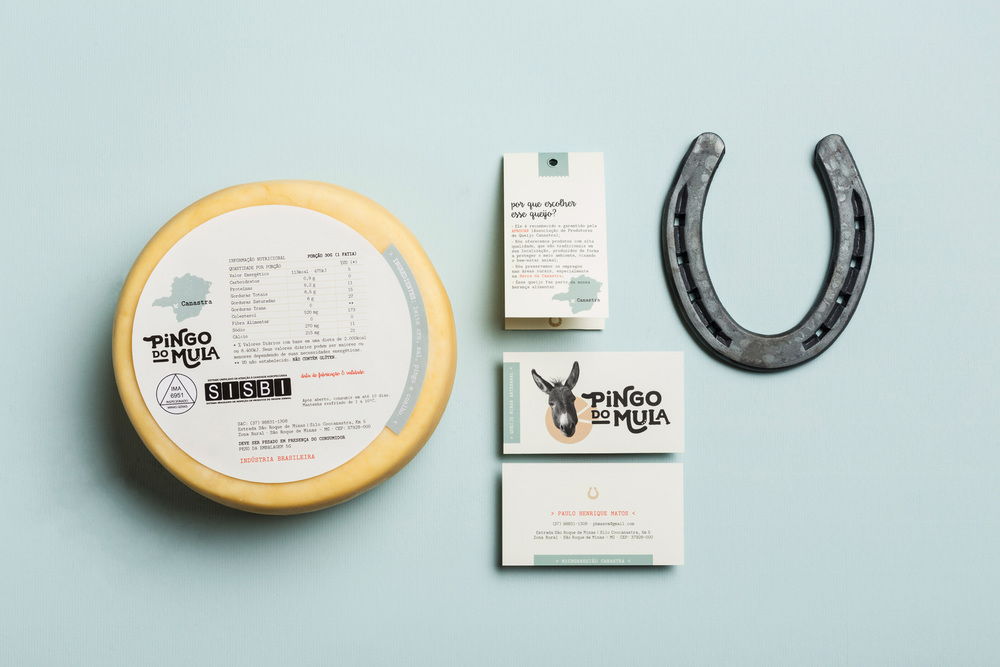 Because Pingo do Mula is created by Antônio de Melo Almeida and his son Paulo Henrique de Matos Almeida, it’s important for the packaging to emphasize the family aspect of the business. Cheese wheels are packaged up simply and allow consumers to see the actual product. An image of a donkey is integral to the brand’s history but also emphasizes that the cheese comes from a farm and not a factory. The font is unique and communicates a high quality food that is specific to the region. 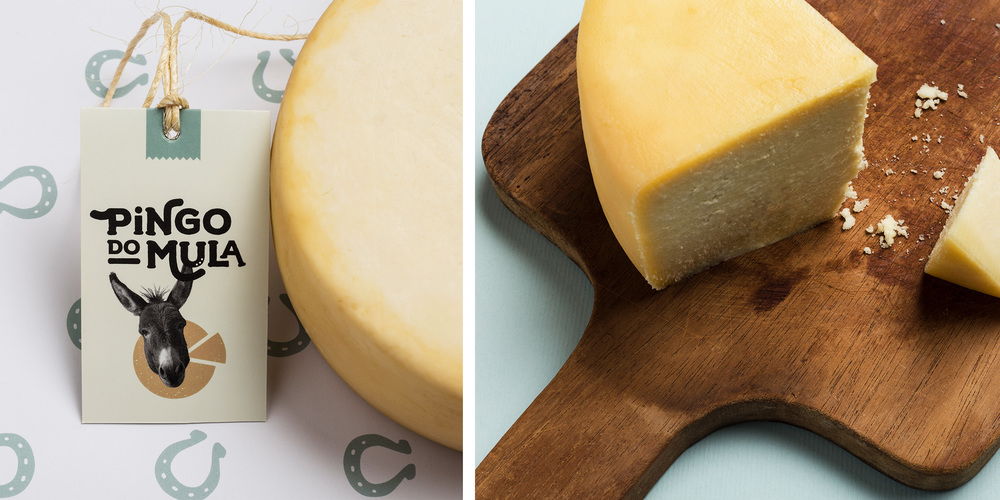 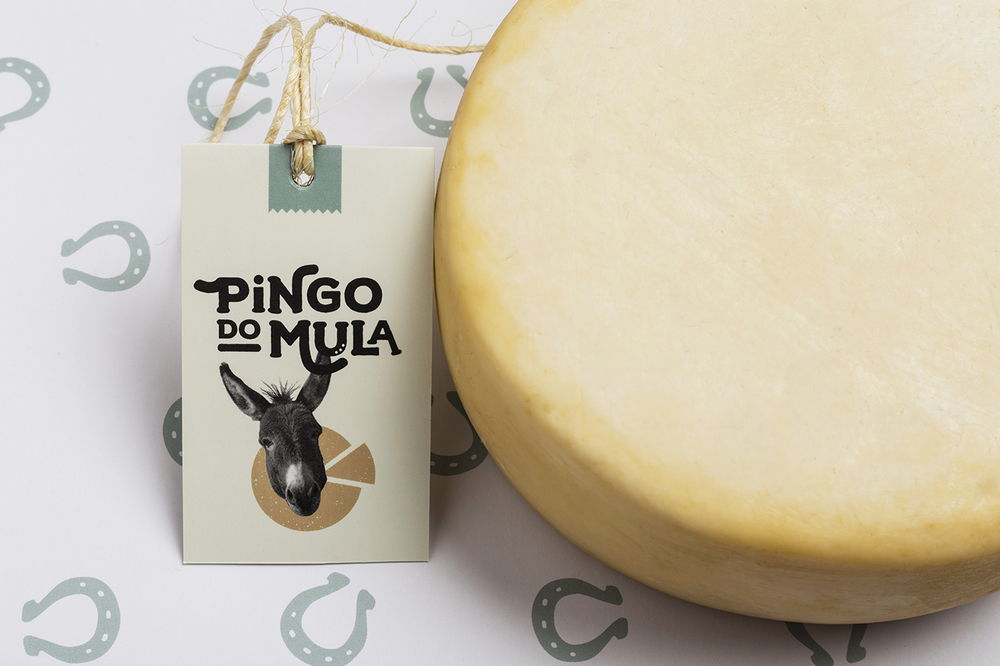