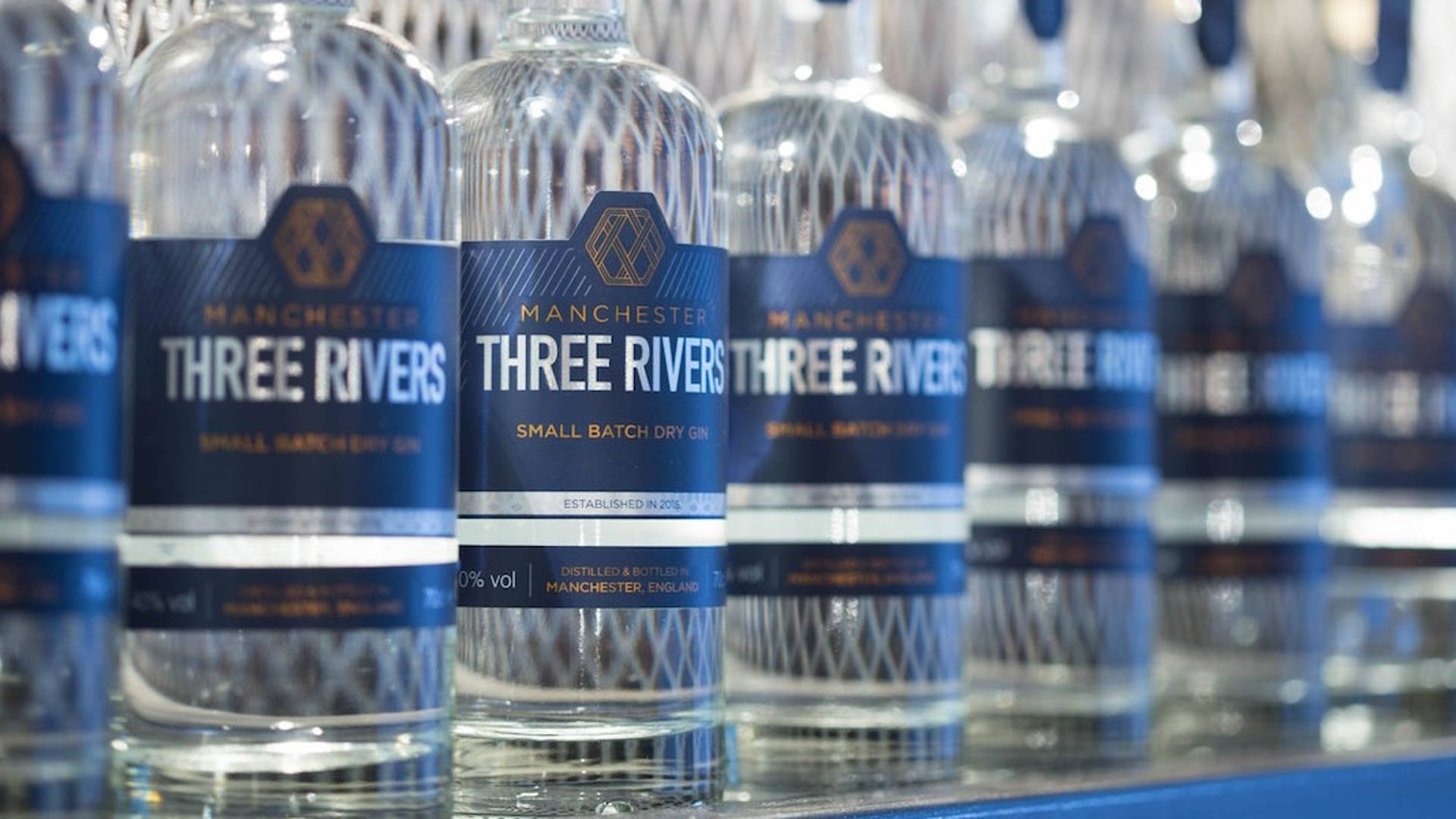 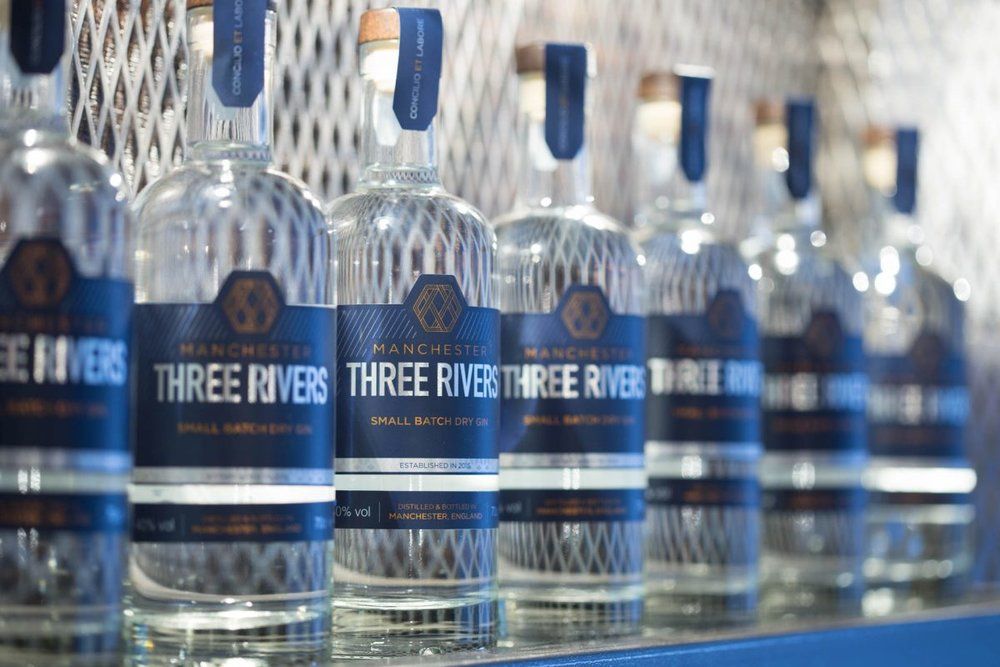 Manchester Three Rivers has immense Manchester pride. The name itself comes from the rich history of the city, and they are proudly the first dedicated gin distillery in Manchester. Their gin is made in small batches by the master distiller and will be sure to up your G and T game.

“Like so many important cities, Manchester’s waterways played a pivotal role in the development from rural countryside into the thriving metropolis we know today. Many will be familiar with the various canals, which flow through the city, but before the canals there were three rivers; the Irwell, Irk and Medlock, which pump life into the city and made it possible for it to grow and for its industries to develop.” 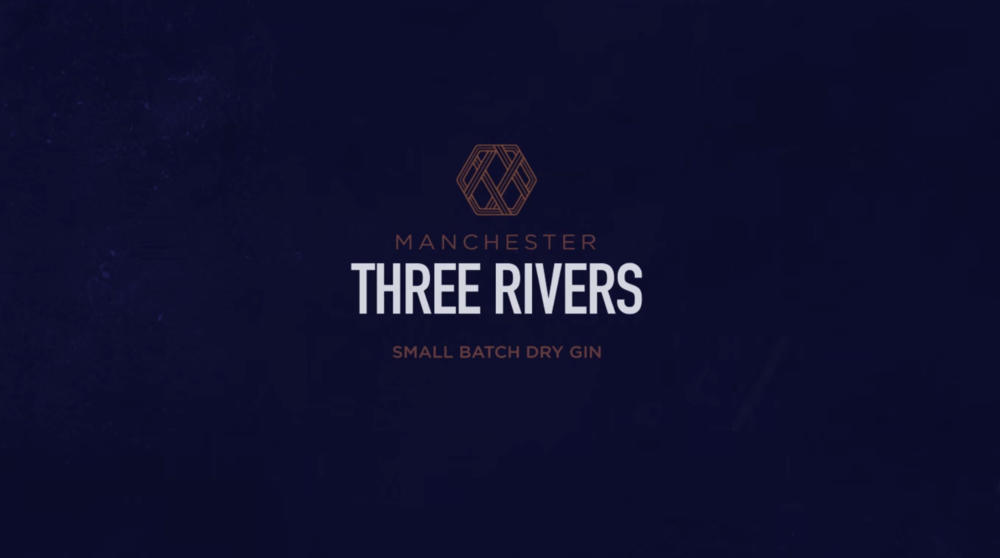 “In so many ways the three rivers really are the beginning of Manchester’s story and it was this beginning and our geographical location close to the banks of the Irk, which inspired our name, Manchester Three Rivers. Furthermore it was no accident that we chose to make our home at the City of Manchester Distillery on Red Bank, in the shadow of Angel Meadow and in the heart of the city. The area has a rich history of creation and production. We felt a deep connection with the Green Quarter and a need to pay homage to what had gone before us as well as contributing to the ongoing resurgence in the area by building our production facility and visitor attraction.”

The small batch dry gin is packaged in a clear bottle, allowing the pristine spirit to sparkle. A deep, rich blue and copper accents give the label a look of luxury, as well as acknowledging the copper pot still used in production. A geometric logo and lines on the label feel precise yet beautiful, indicative of the well-balanced combination of botanicals used in the process. Manchester Three Rivers Gin offers notes of vanilla, cinnamon, almond, oats, cardamom, and spicy black pepper, crafted just so for an amazing flavor and mouth-feel. 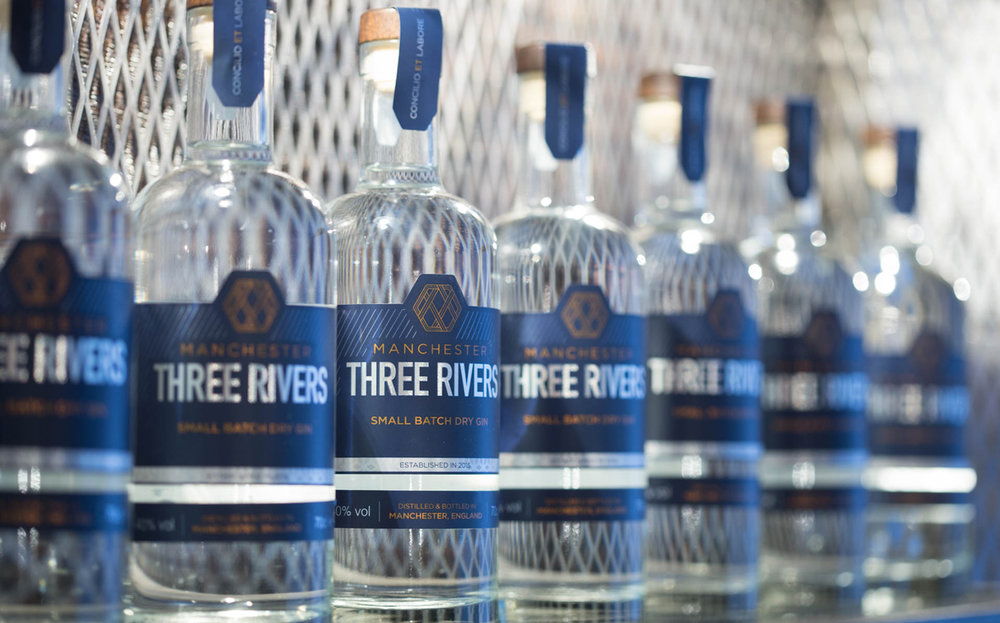 “City of Manchester Distillery, home to the brand new super premium Manchester Three Rivers Gin is Manchester city centre’s first ever dedicated Gin distillery in modern times. A new cultural visitor attraction for Manchester city centre, we are located in a railway arch in the resurgent Green Quarter, an area that is alive with industry, innovation and creation.”

“Manchester Three Rivers Gin is produced by hand in small batches by master distiller Dave Rigby using our 450litre custom made copper pot still ‘Angel’ made by one of the world’s finest manufacturers of distillation equipment, Arnold Holstein.”

“Having spent a lifetime in the city learning, absorbing, being inspired by everything from the architecture to the museums, nightclubs, restaurants, bars and most importantly people; our Master Distiller Dave Rigby made the conscious decision to create a drink that was as well rounded and distinct as the city itself. But more than that, to create a space, a place where people could come and share in his passion for processes, industry and a damn fine Martini!”