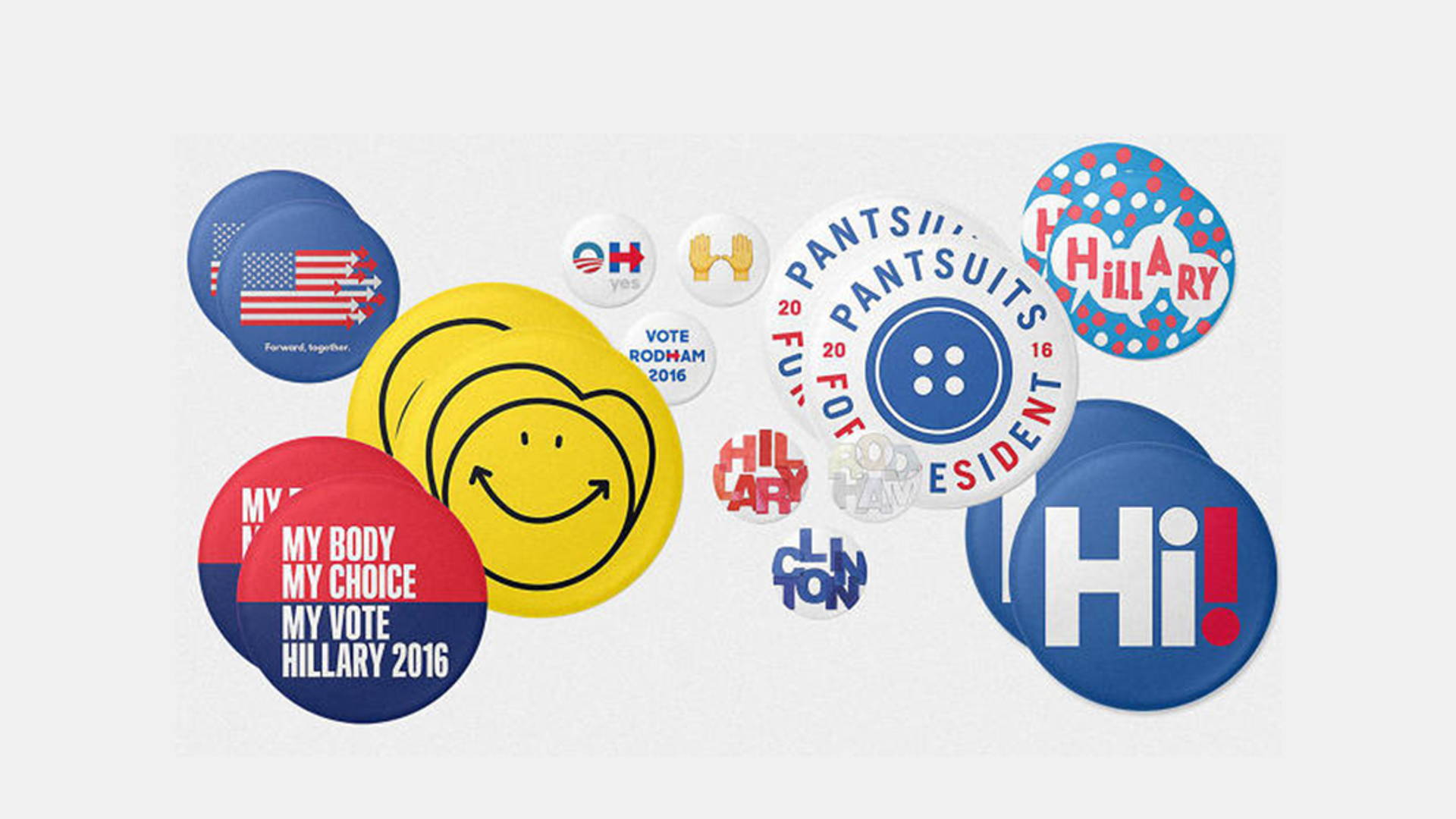 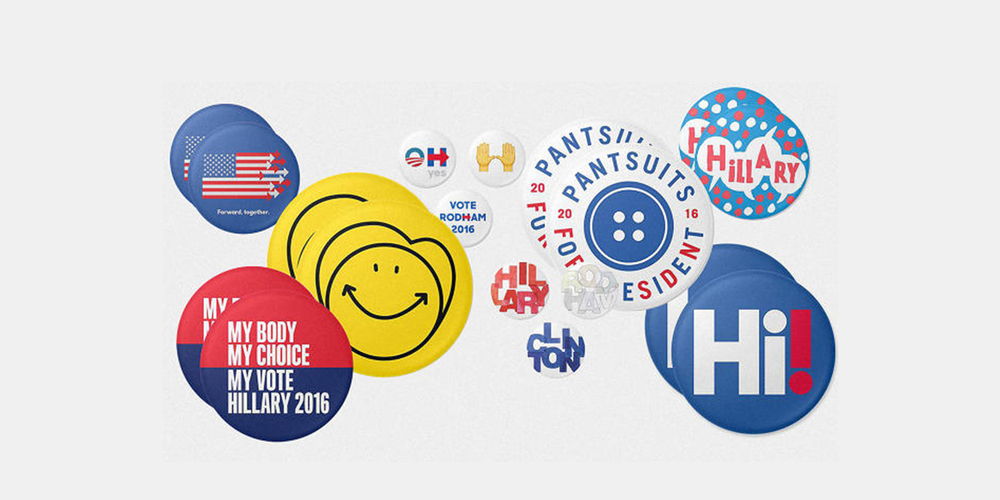 “I’m with her.” Campaign buttons are created to help tell and spread the story of a candidate, but why should the candidate tell the story? To help tell Hillary Clinton’s story, 45 artists and graphic designers were invited to create button designs to show why it is they support Hillary. 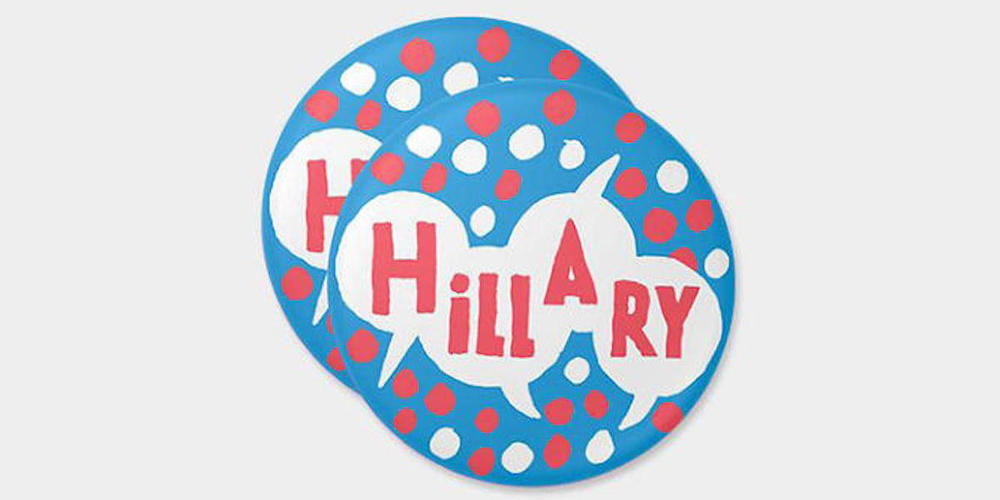 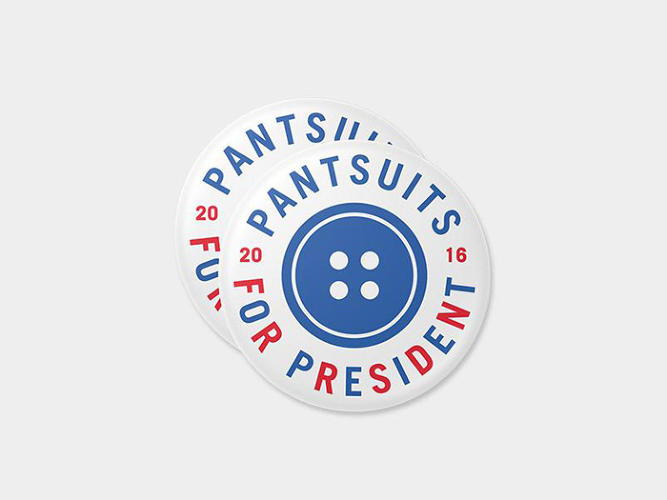 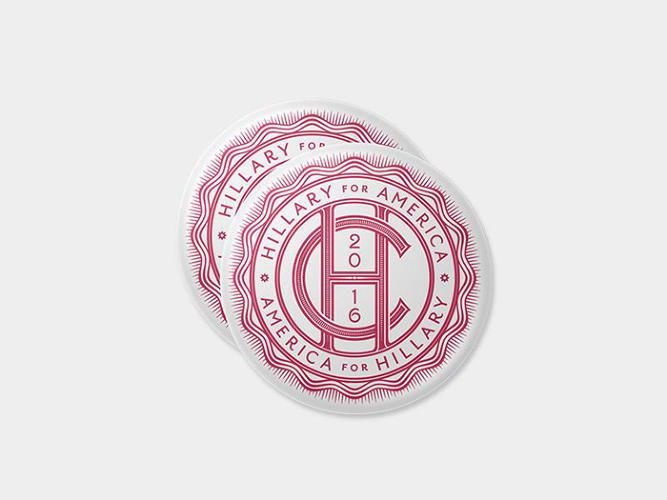 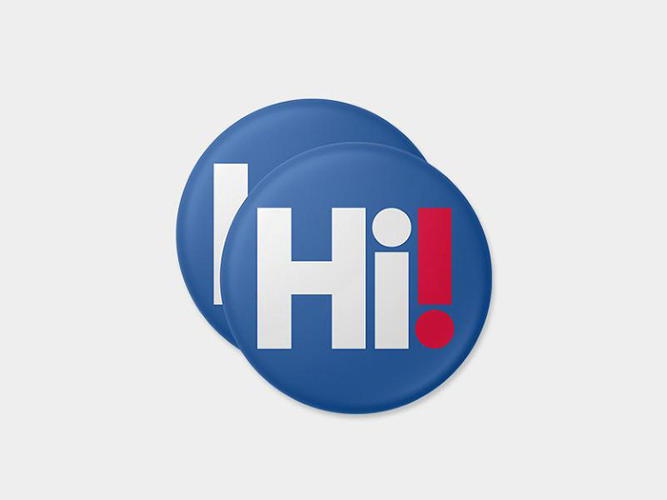 The Forty-Five Pin Project not only celebrates the 44 presidents that will have come before her, but also demonstrates Clinton’s openness and ability to bring the country’s people together rather than tear them apart. Political buttons for presidential campaigns are a centuries-old tradition, and this array of buttons is certainly a refreshing take. 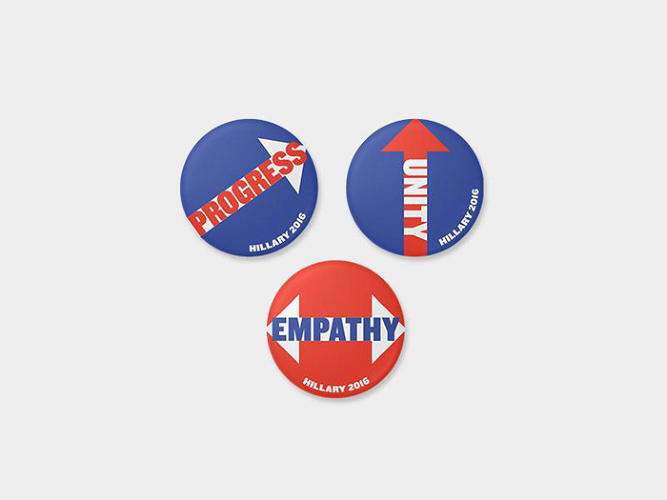 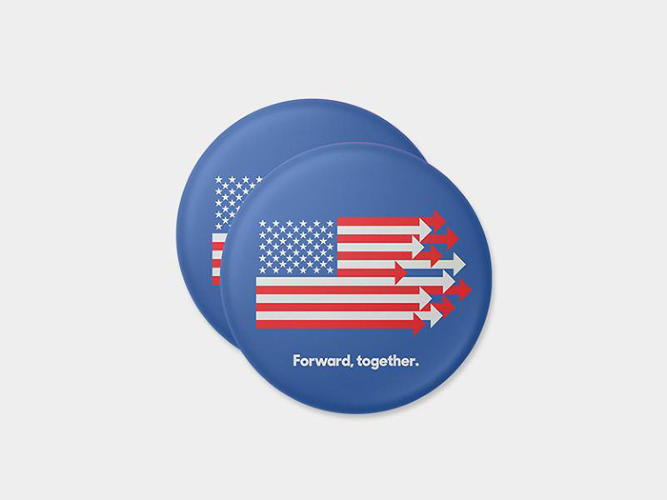 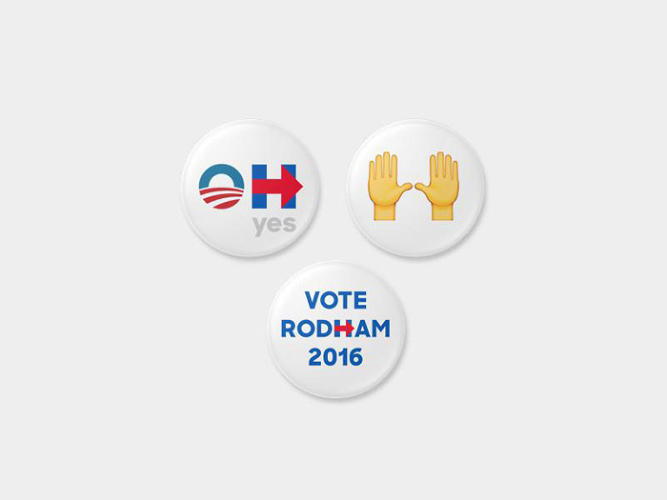 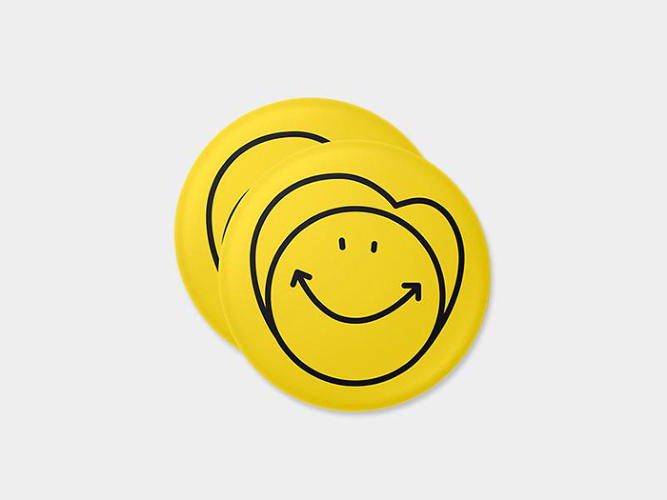 Buttons designed by Debbie Millman, Louise Fili, Nicholas Misani, Roger Black, and many other talented designers all highlight different subjects in their own way. Whether it’s bold text, recognizable symbols and images, or images of Hillary herself, they all elicit the feelings of the designers, helping those who see the pins understand more of Clinton and her campaign. 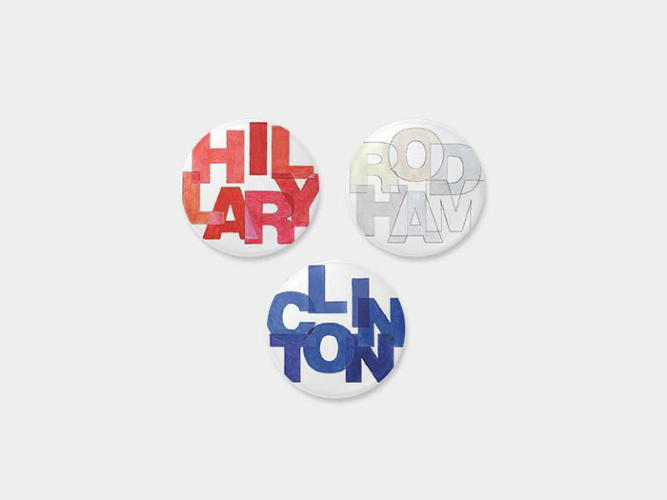 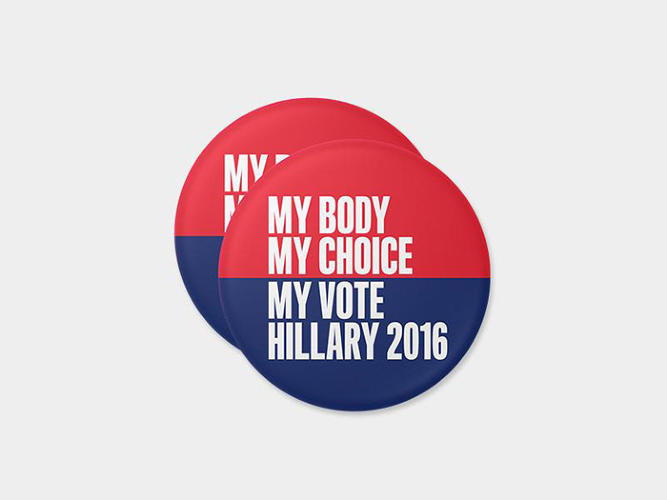 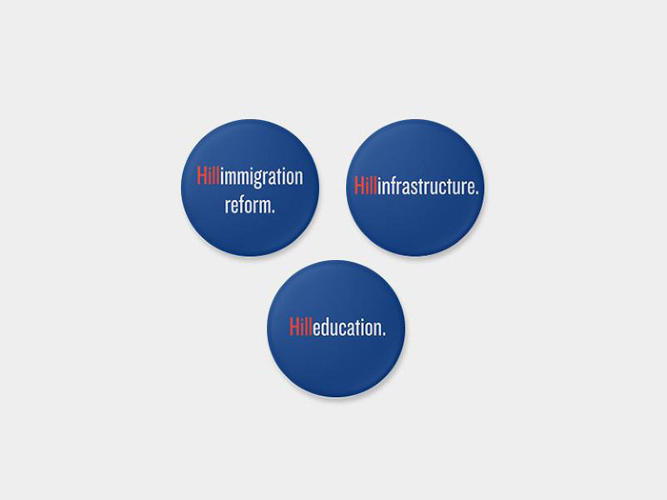 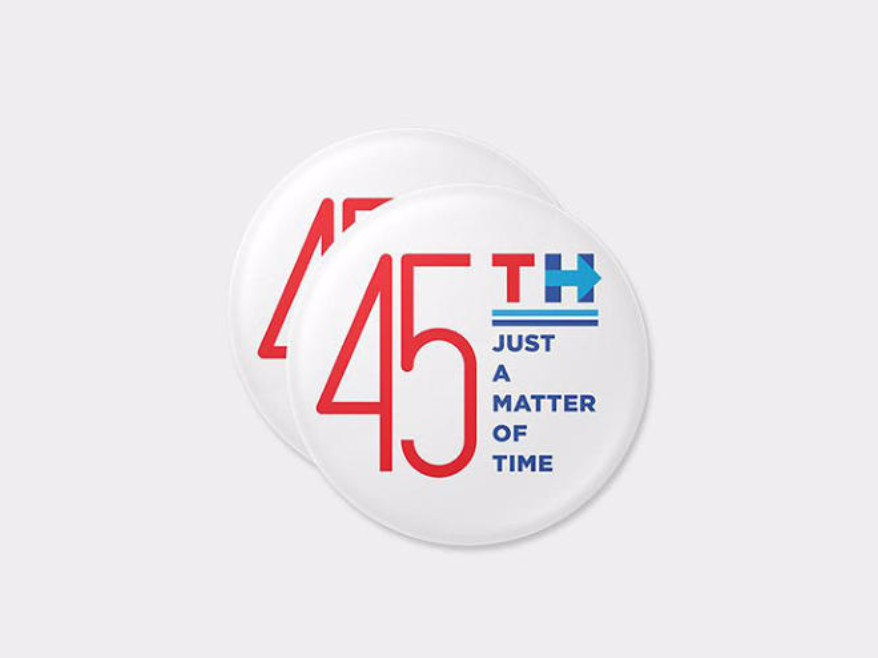