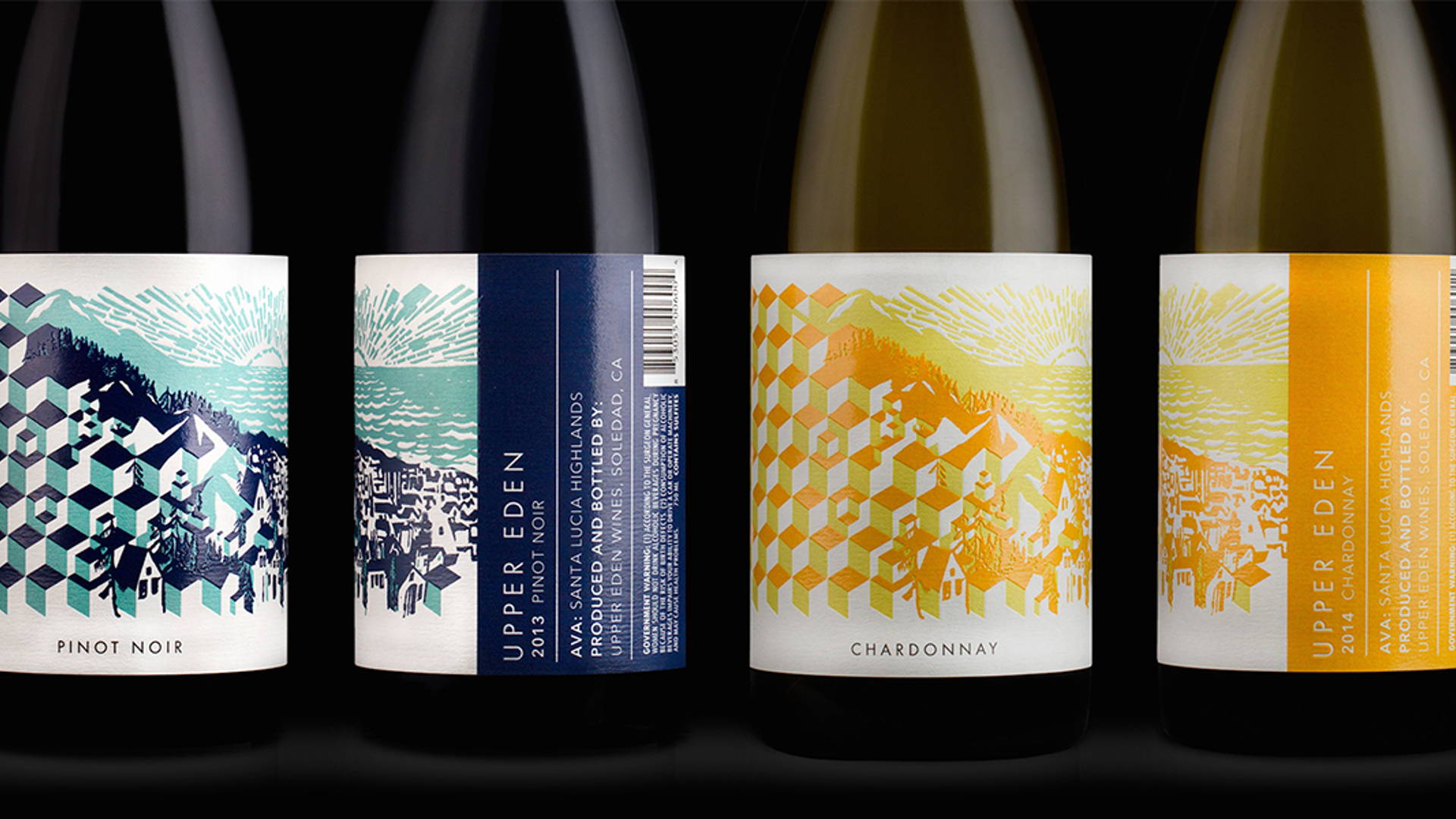 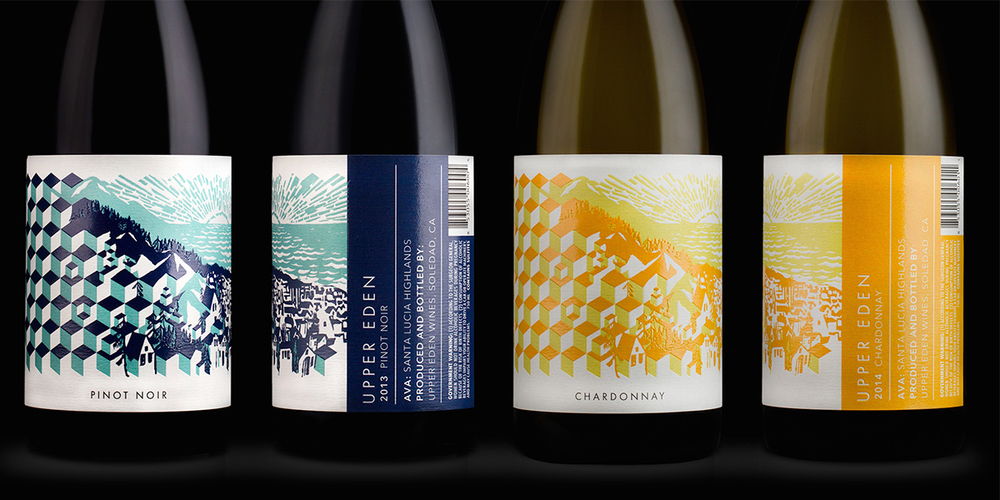 “The free exploring mind of the individual human is the most valuable thing in the world.” - John Steinbeck

Makers & Allies has developed the brand concept, naming, art direction, label design, and package design for a pinot noir and chardonnay called Upper Eden. Inspired by one of John Steinbeck’s works and one of California’s most productive agricultural regions, the packaging mixes natural and manufactured elements. 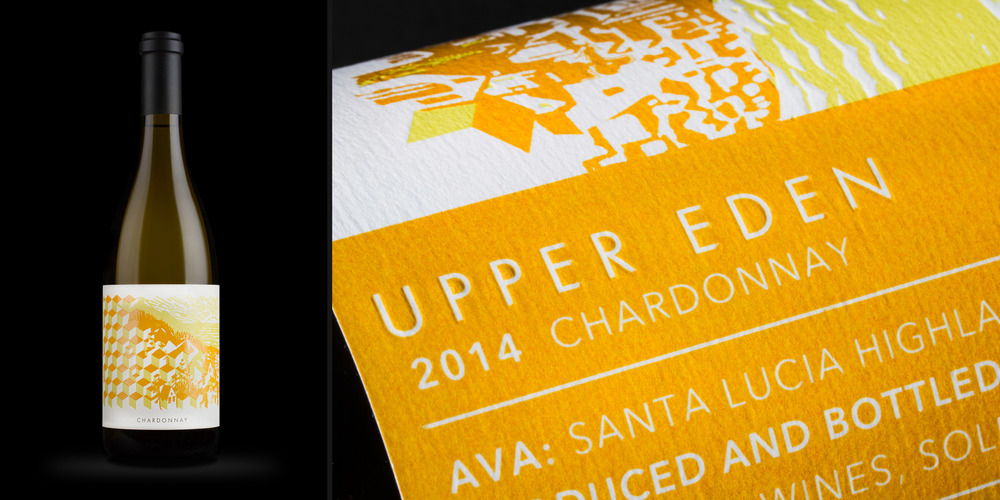 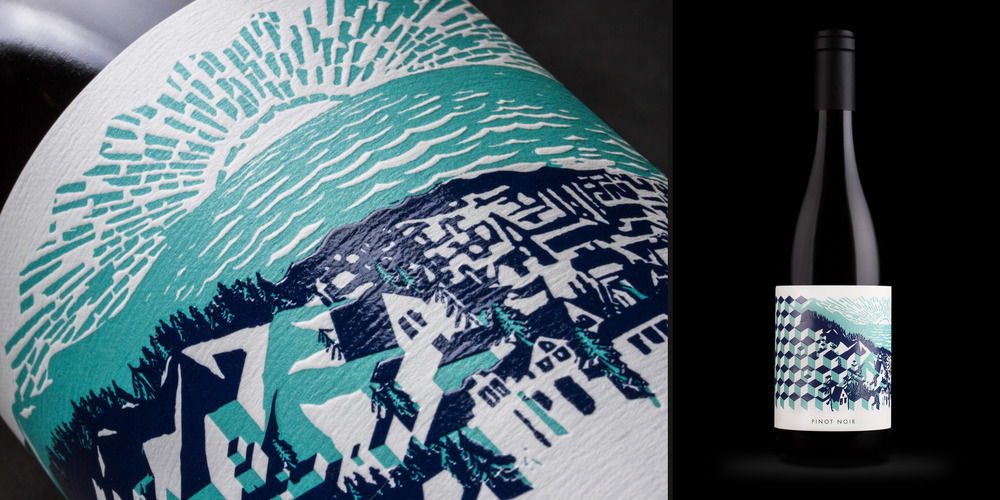 “Inspired by Steinbeck’s East of Eden and the sense of place that the upper Salinas Valley provides, Upper Eden is a study in extremes: vineyards are represented by an Escher-esque maze of blocks trickling down the hillside, while in the far distance, the gentle sea laps the shore of the town below. A representation of the ‘natural’ elements in the label are debossed to create texture and are contrasted by glossy spot varnish to further define the differences between natural and manmade.” 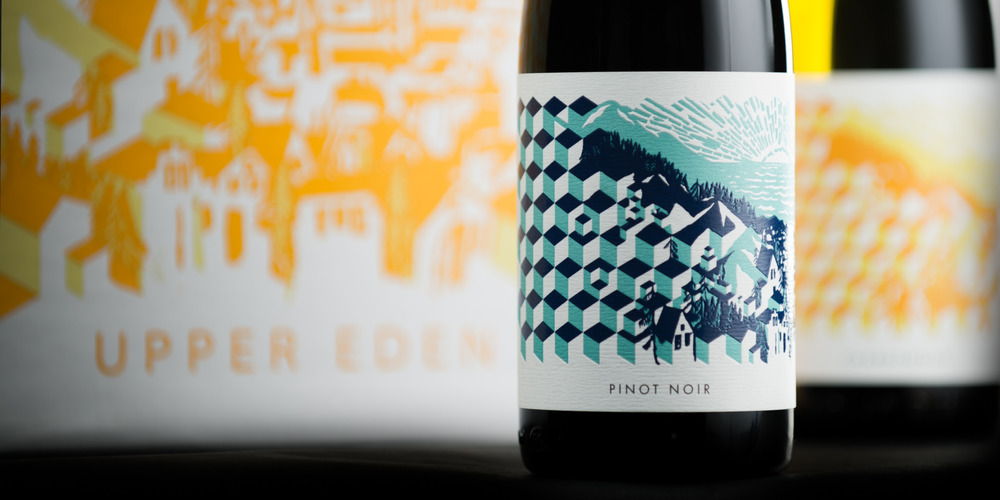 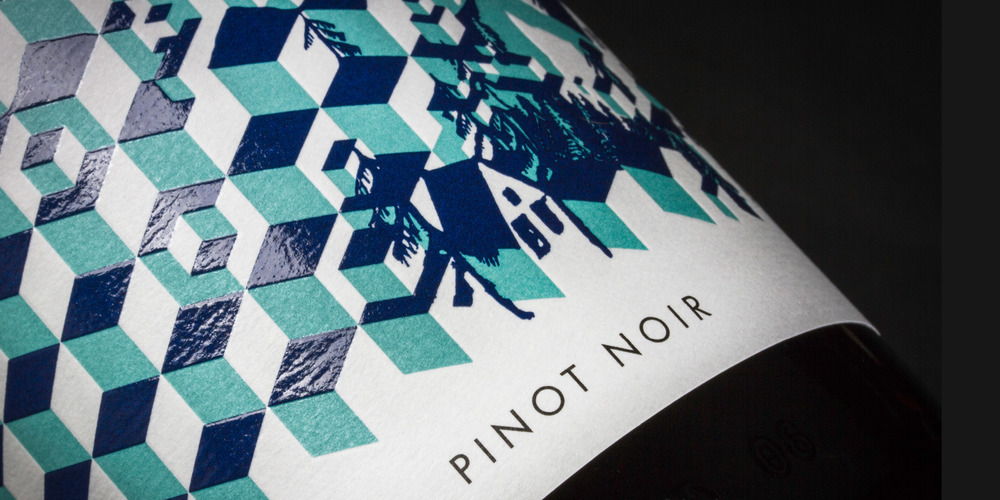 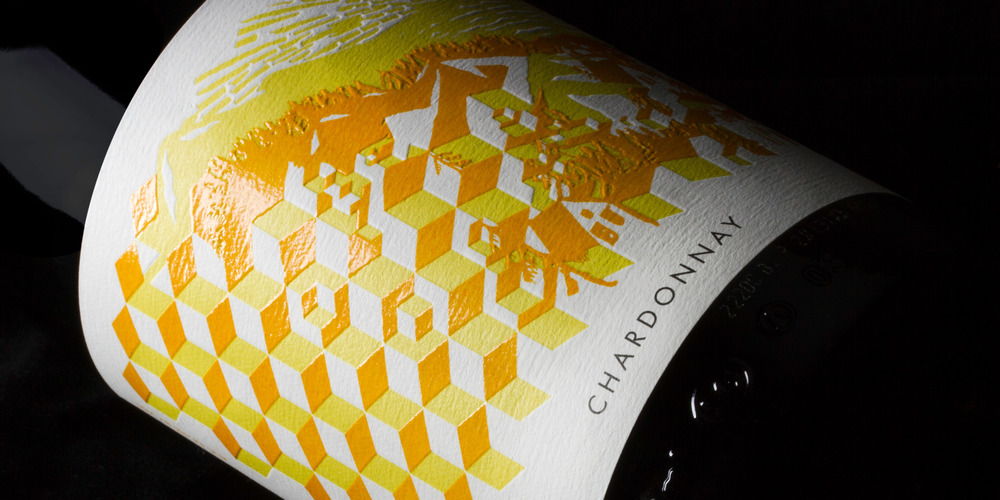 The images on Upper Eden’s labels give consumers a new way to view wine country and the Salinas Valley. Most people have an idea of what they imagine the region to look like, and the Escher-inspired graphics challenge that thinking and give us a new way to view it. The chardonnay comes in an olive green bottle and the sunny yellow and goldenrod label give consumers a feel of what the area feels like on a bright, warm day. Upper Eden’s pinot noir features a dark bottle with a midnight blue and lovely turquoise that brings out the sea and water waves in the background. A simple sans serif font keeps the attention on the illustrations, and small details—like Escher blocks on the cork—tie everything together neatly. 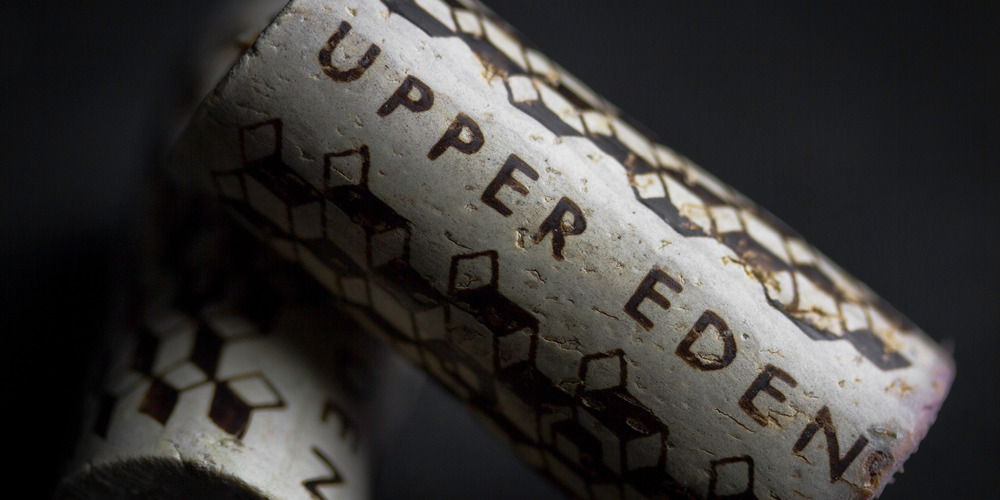 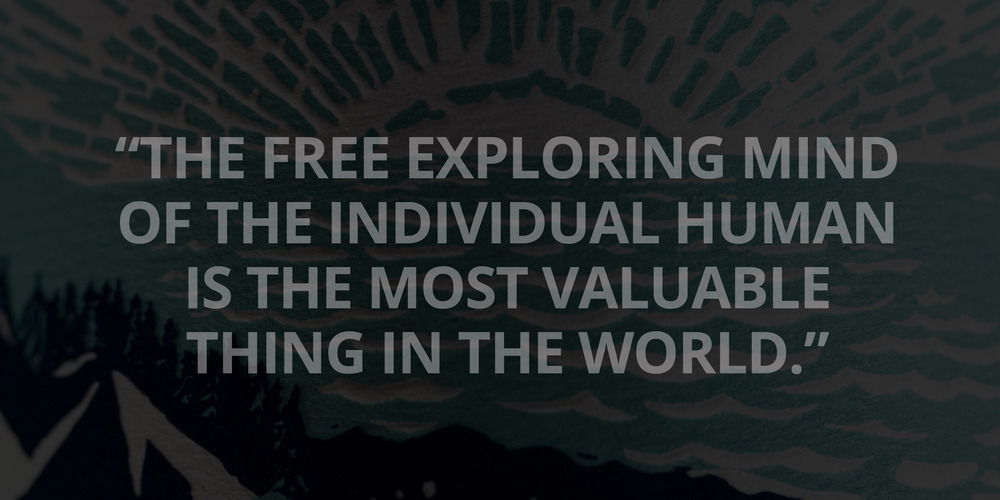