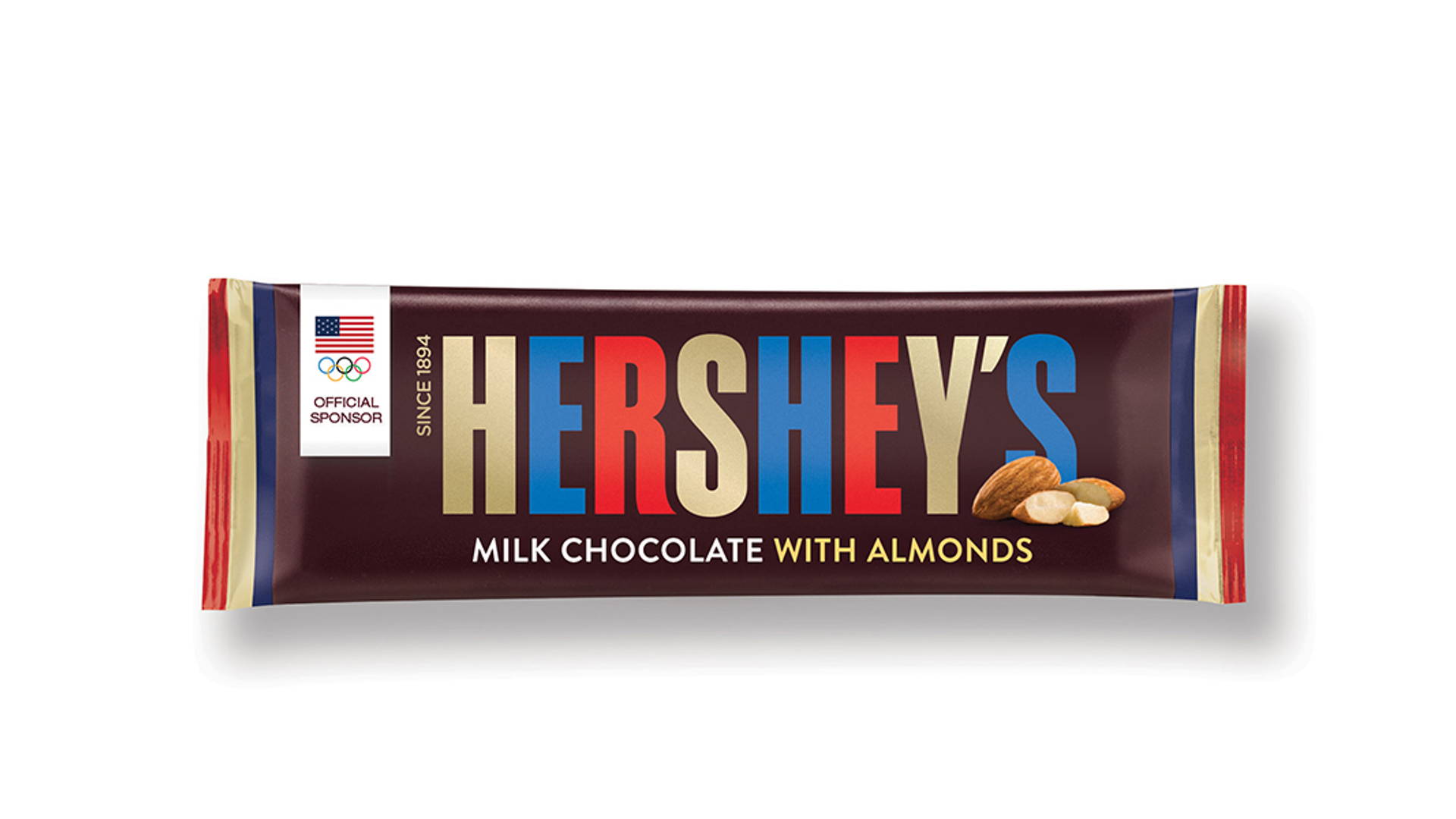 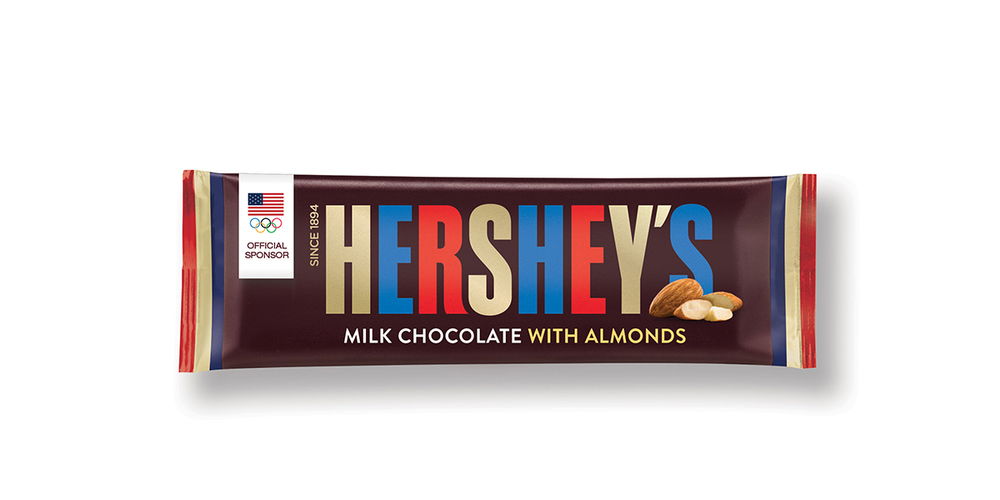 As Olympic fever begins to spread across the country with the official100 Daycountdown to the opening ceremonies in Rio, The Hershey Company (NYSE: HSY), official sponsor of the United States Olympic Committee and U.S. Olympic and Paralympic teams, today unveiled new, patriotic-themed packaging on some of its most iconic brands. In support of Team USA, the, 122-year old Hershey’s Milk Chocolate Bar will be taking an unprecedented shift and switching the traditional silver lettering to red, white and blue for the first time in the history of the bar. 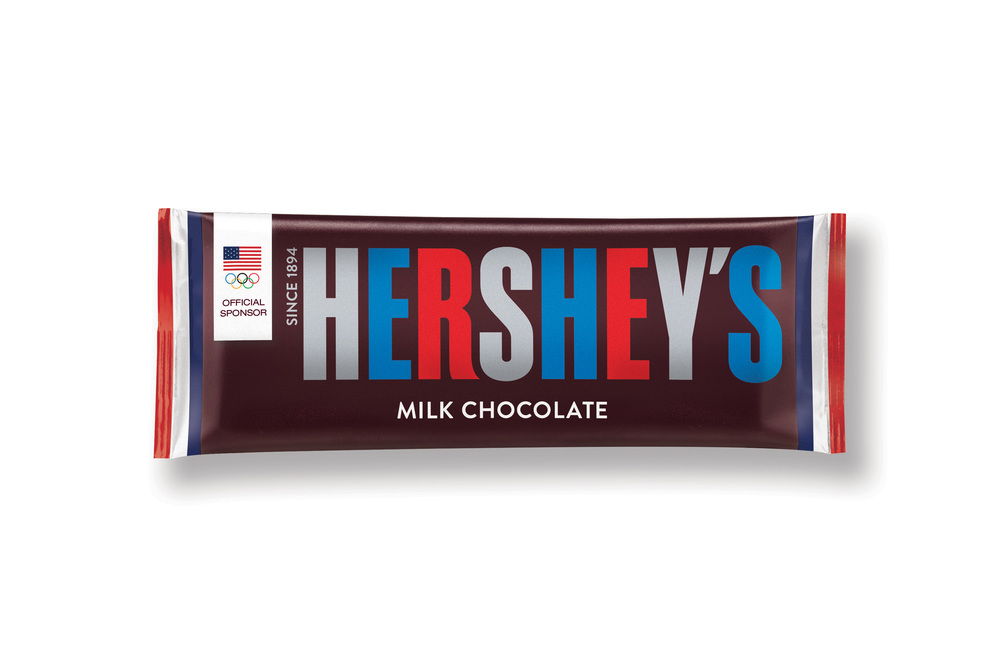 “Both Hershey and Team USA share a unique, irreplaceable place in the hearts, lives and memories of many Americans. We want our country and athletes to know that Hershey is here to help celebrate moments of goodness and pride. what better way than with a patriotic version of a one of our signature products. We believe that the decision to change our iconic Hershey’s Milk chocolate Bar packaging for the first timein 122 years is a testament to how much we value our partnership with Team USA,” said Mary-Ann Somers, vice president, North American Confection, The Hershey Company.

“Hershey wants everyone to know that we are behind Team USA 100% and we are excited to help fans of Team USA, and consumers who love our products, express their support for our athletes as they complete their journey to Rio.”

The Team USA line of products, revealed today during a special event at Hershey’s Chocolate World in New York City and Hershey, Pennsylvania willare available for purchase for the first time to national launch.  The suite of patriotic products will be available nationally beginning on May 6, 2016. They will be available at mass, grocery, drug and specialty retailers nationwide including Walmart, Sam’s Club, Kroger, Walgreens and CVS, as well as Hershey’s Chocolate World locations and online at Amazon.com. 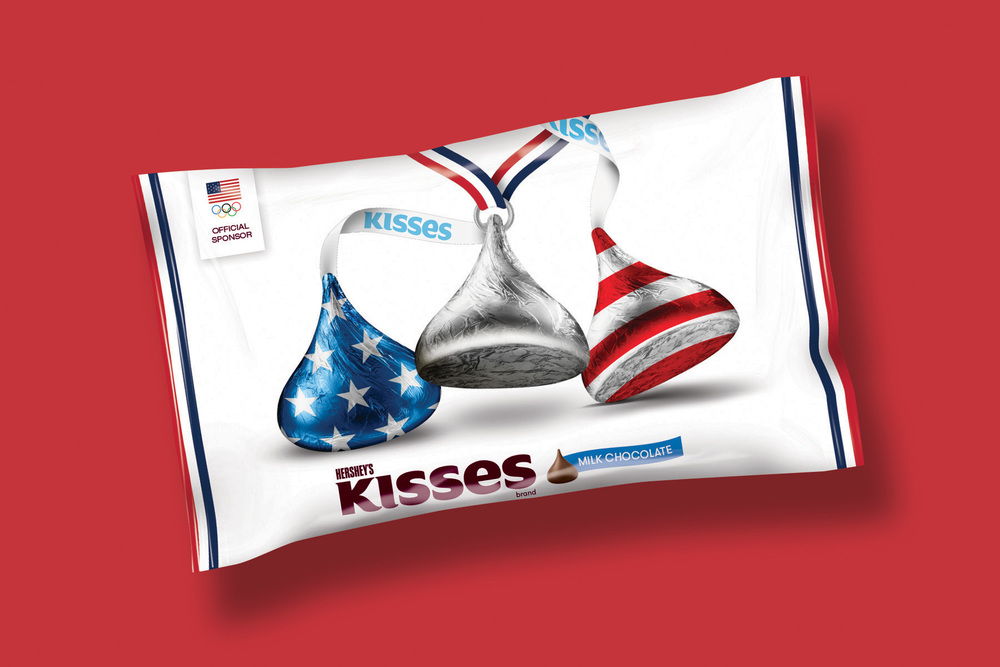 In addition to the launch of Olympic-themed product, Hershey’s is also proud to announce partnerships with London 2012 wrestling gold medalist Jordan Burroughs, Paralympic champion swimmer Mallory Weggemann and Olympic swimming hopeful and Hershey, Pennsylvania. native David Nolan to its roster of athletes.  Burroughs and Weggemann will be featured in Hershey’s chocolate new campaign “Hello Happy. Hello Hershey’s.” as they prepare for their trip to the 2016 Summer Games in Rio and Nolan will have the support from his hometown company in his pursuit of making his first U.S. Olympic Team. 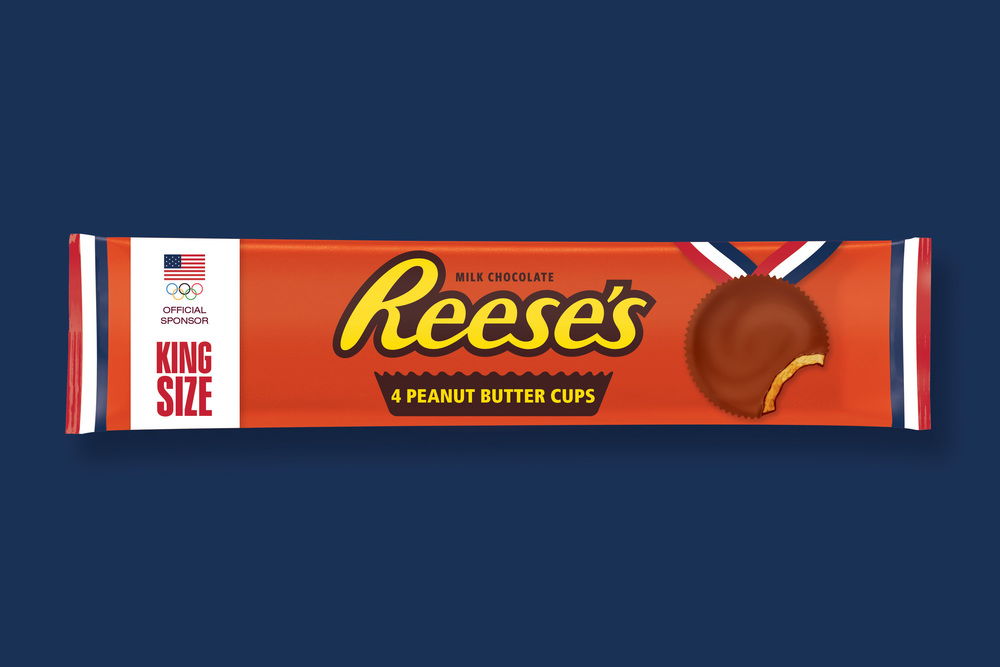 Hershey’s sponsorship of Burroughs, Weggemann and Nolan complement Hershey’s earlier partnership announcements with USA Gymnastics and Shannon Miller, the most decorated American gymnast in history and two-time Olympic gold medalist, who is now a part of the Hershey family and serve as a brand ambassador throughout the Rio 2016 Olympic Games.

The Hershey Company partnered with the United States Olympic Committee in October 2016 and will support the U.S. Olympic and Paralympic teams during the Rio 2016 Olympic Games, PyeongChang 2018 Olympic Winter Games and Tokyo 2020 Olympic Games.

Designed by The Hershey Company