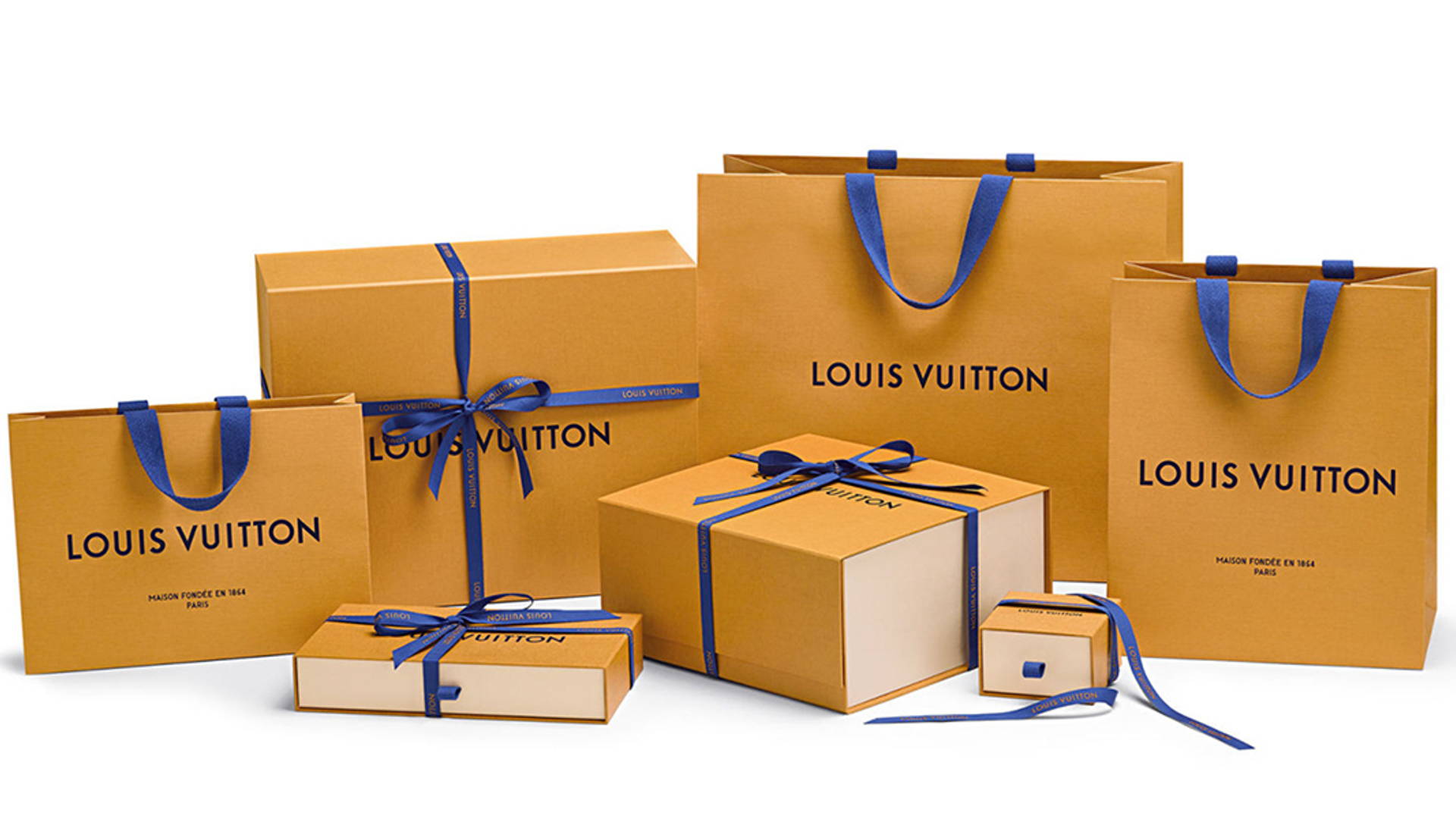 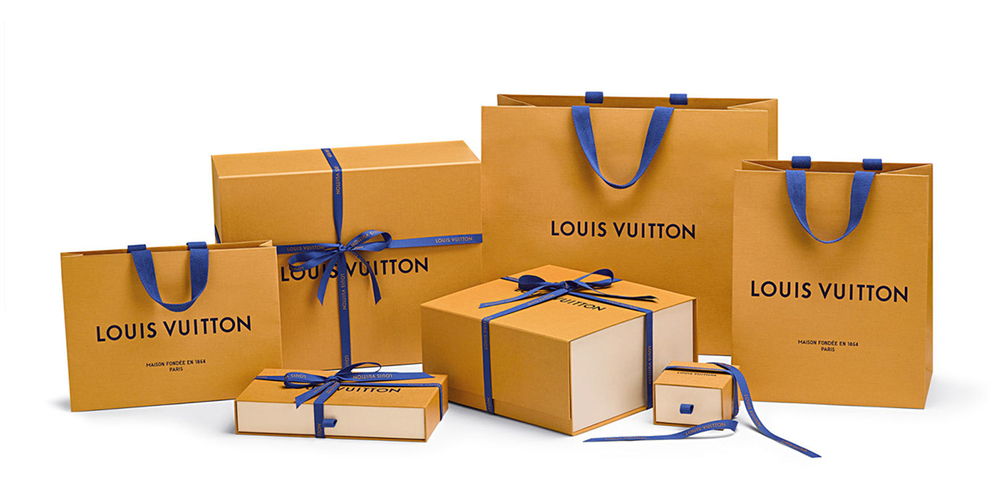 It's the beginning of a new era as Louis Vuitton says goodbye to their iconic chocolate brown shopping bags and hello to a new, more refined look. For the first time in 13 years, the queen of fashion redesigns its retail packaging to meet modern design aesthetics while still remaining true to the brand. The new color is called, "Imperial Saffron" and it can be found not only on Louis V's shopping packaging but incorporated into fashion pieces dating back to as early as 1924. To give the look a pop of color, a bright cobalt blue is added to the handles and ribbons, symbolic of a "blue ribbon", representing the best, first place, top prize, or number one. 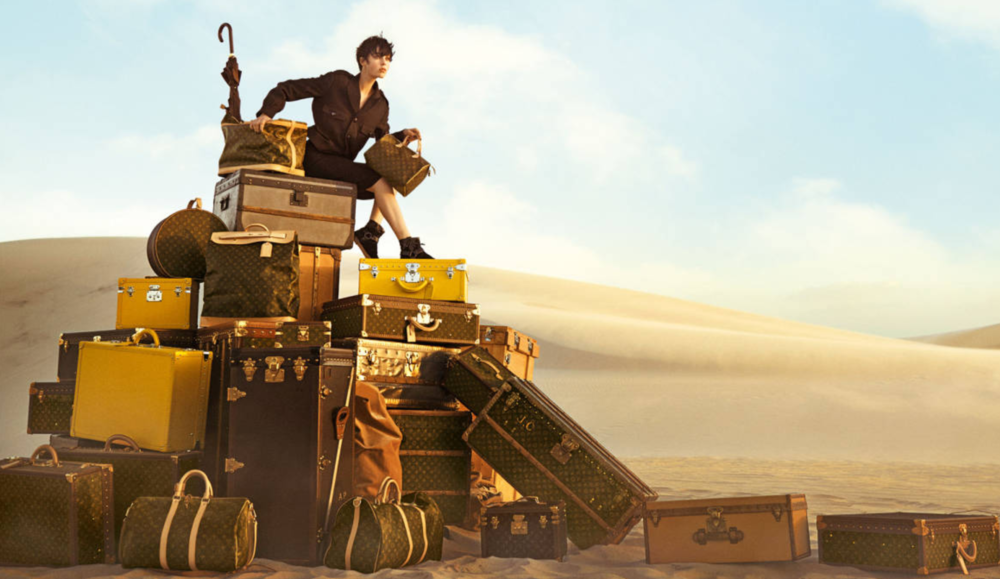 "We don't want the packaging to be fashionable. It's supposed to have quite a long life cycle. In most cases, brand colors play off of black and white. We wanted to be different," Michael Burke, CEO of Vuitton told WWD.

The new brand is expected to hit stores as early as next week. So if you're a luxury shopper, don't forget to grab yourself a small LV coin purse or fetish pumps on the way out. 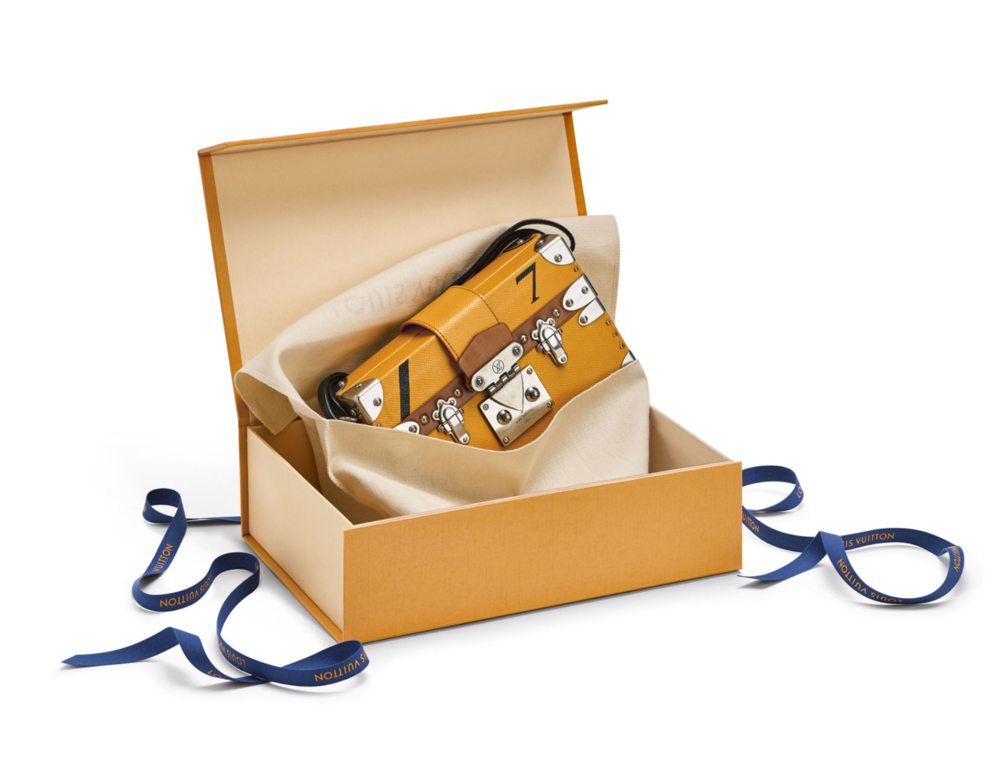